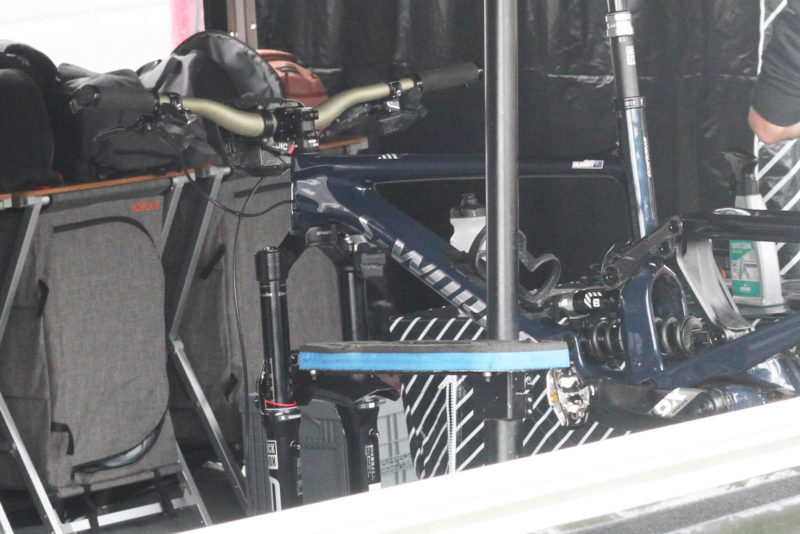 A lap of the team pits at EWS Tweed Valley this morning yielded a glimpse of more BlackBox-labeled suspension from RockShox; this time, the label was on what looks to be a RockShox Super Deluxe Ultimate Coil Shock with the Flight Attendant module. The shock was bolted to Charles Murray’s Specialized Enduro race bike. 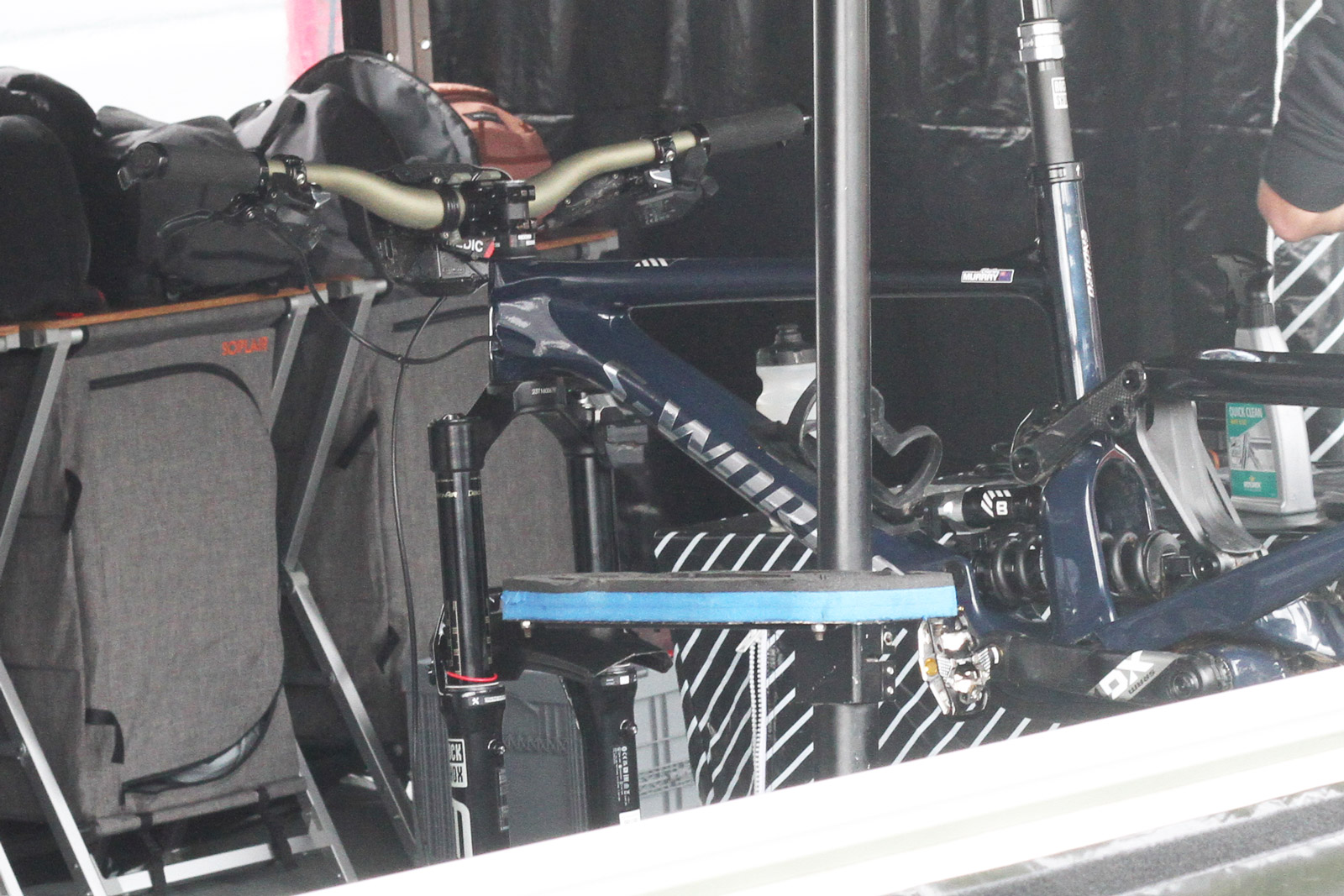 The electronic module positioned near the shock’s piggyback gives it away as a component belonging to the SRAM AXS ecosystem, and it does look a lot like the module we see on the air shock counterpart. 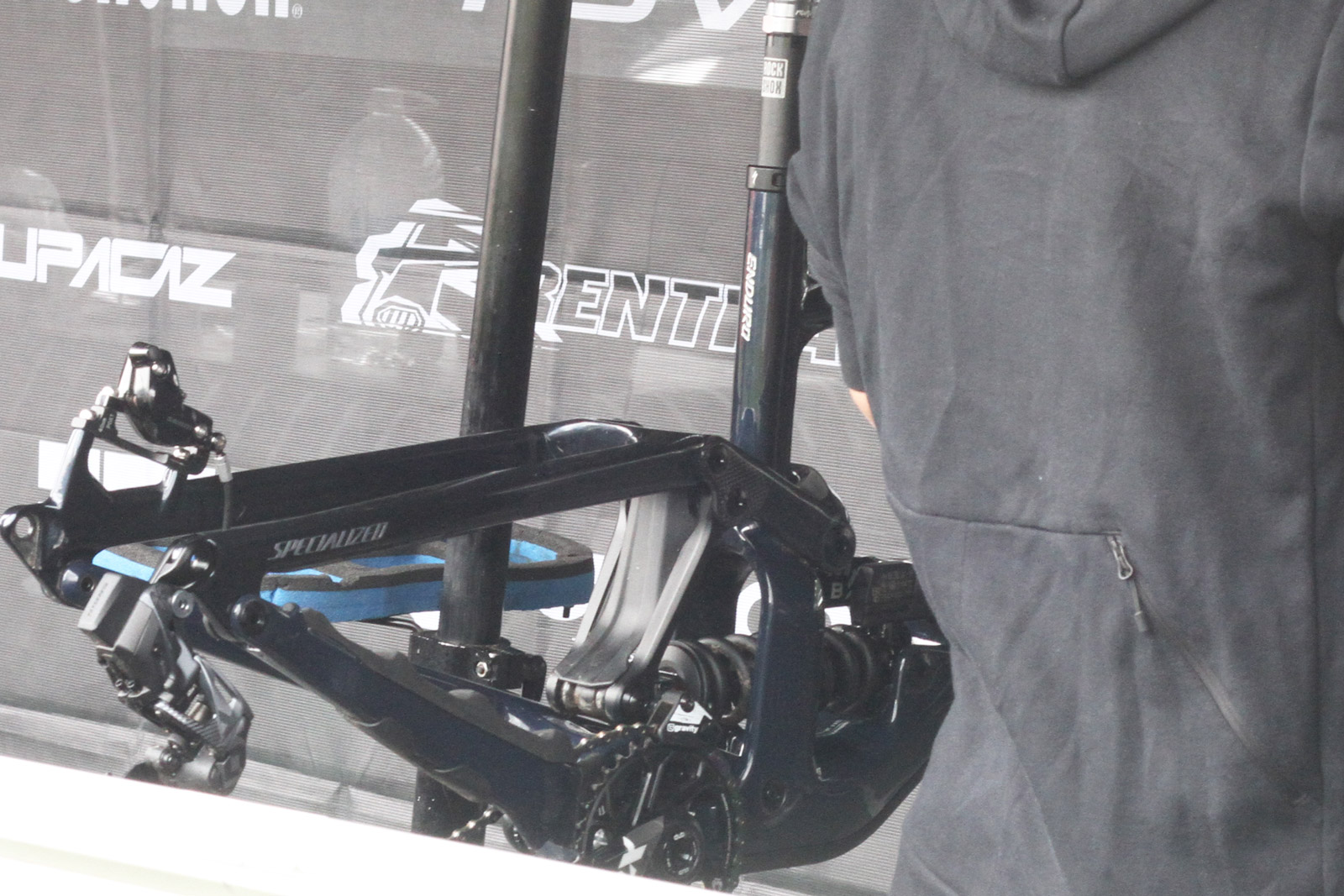 Sadly, we weren’t really allowed to take any close-up photographs of this one. We did speak to Maximilian Topp of SRAM who said that this shock was requested specifically by the Specialized enduro team for Charles’ bike. He went on to say that RockShox has no immediate plans to produce the Coil Flight Attendant shock, but it is of course something they will consider if they see increased demand from OEM partners. 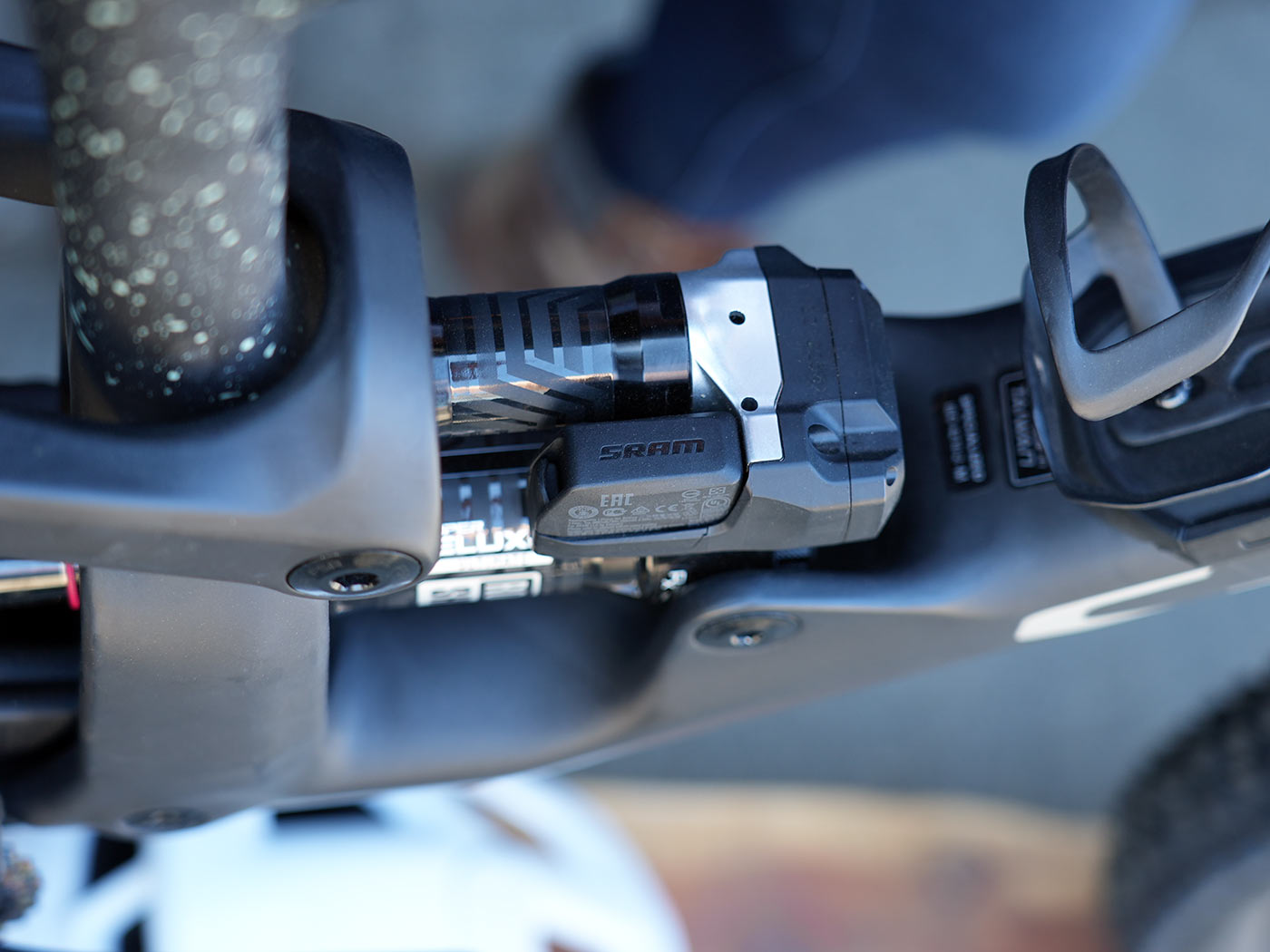