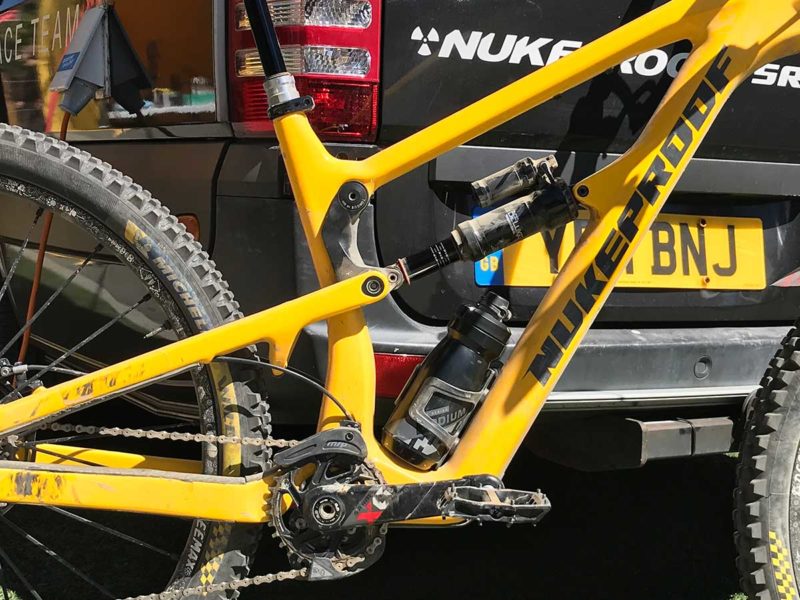 Post shakedown we spotted a new Nukeproof enduro bike hanging out at the Chain Reaction Cycles team pit area at the Specialized EWS Zermatt. With the 73 number board tied to it, this bike was ridden by Ant Hale who finished up in 54th on the day. Unless Nukeproof have decided to rename their enduro bike, this can surely only be the new Nukeproof Mega. 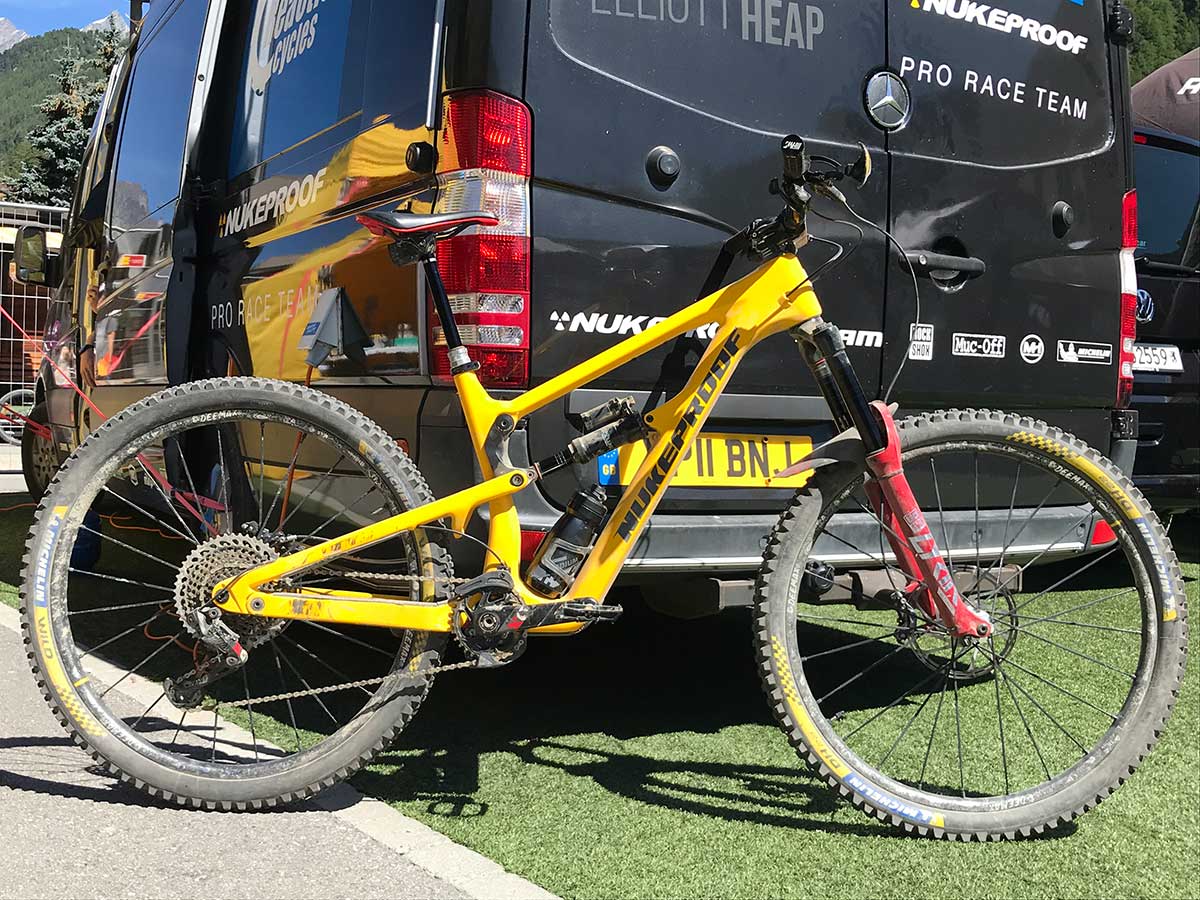 The front end of the new Nukeproof enduro bike has clearly undergone some serious revision. The tubes are hella chunky compared to the Mega that Sam Hill rode to victory in 2019. As Brant Richards pointed out on Twitter, this could due to Nukeproof using a carbon mold with a swap out section to prepare for an e-bike version of the same frame – we shall see. And, there’s a water bottle sat within the front triangle, rather than pinned to the underside of the downtube.

Nukeproof look to have done away with the top tube-seat tube triangle interface. The upper shock mount tab has moved further up the downtube and is now actuated via a slightly longer linkage. Unlike the 2020 Nukeproof Mega 290c which had an aluminium rear triangle, the new Nukeproof enduro bike we saw in Zermatt was full carbon. 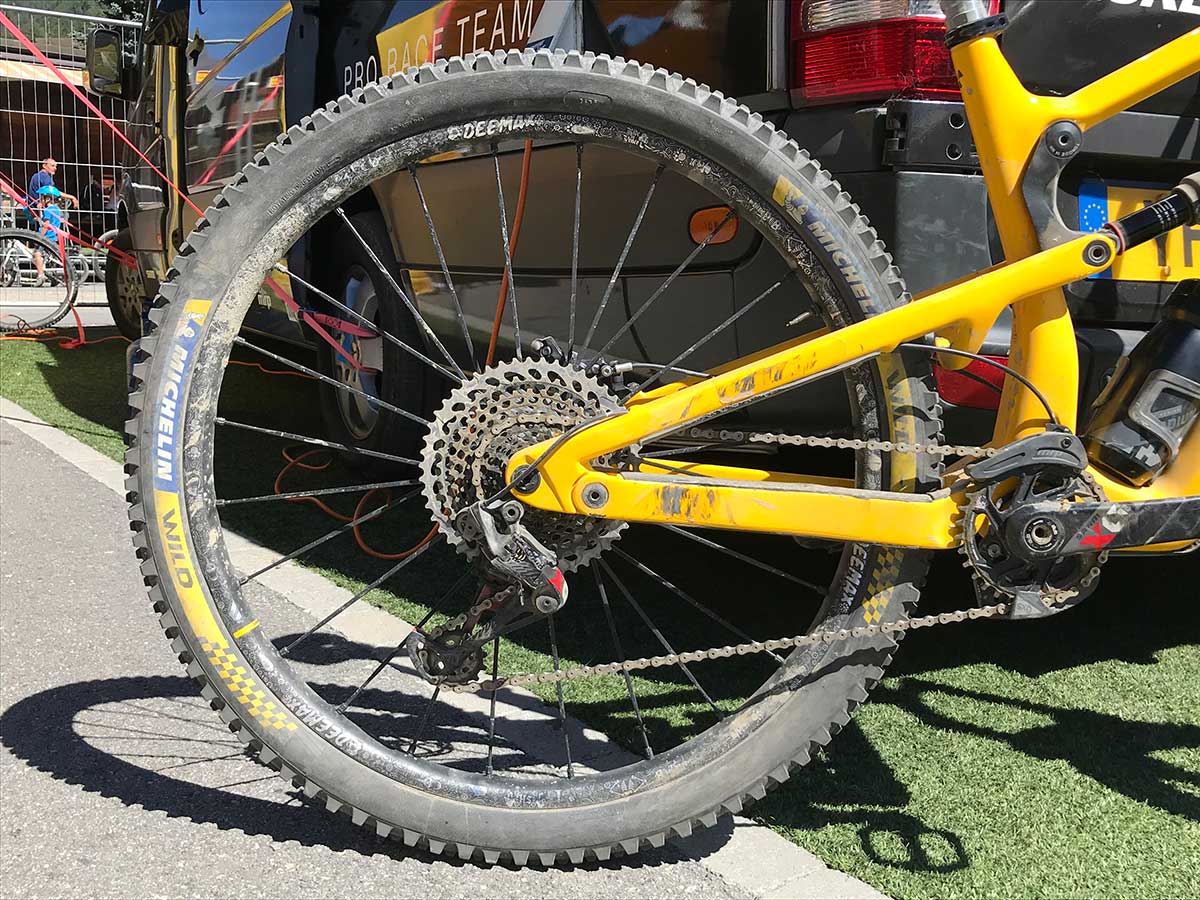 Nukeproof are keeping their lips sealed on this one so we’re going to have to wait patiently for further details. What we saw was a 29er with at least 160mm rear wheel travel. While we can’t see any obvious geometry adjust options on this frame, Elliot Heap was spotted racing the new frame in a mullet setup.

Cool looking bike. Not terribly imaginative or original but nice looking and im sure effective.

Simple and works “OK” i’m sure.

Looks a yeti without switch infinity