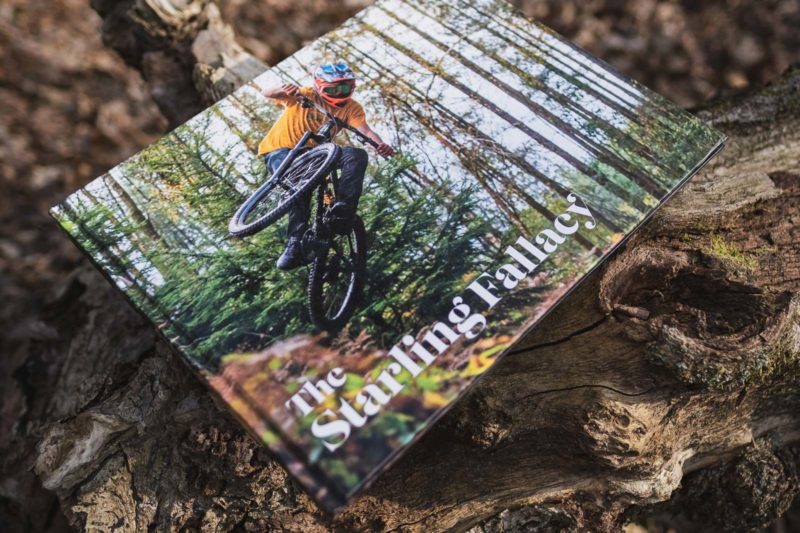 Starling Cycles founder, Joe McEwan, has released a 36-page document in which he pleads for consumers’ forgiveness for having profiteered from numerous fallacies over the course of his bicycle company’s seven year history of trading. No longer able to look himself in the mirror, Joe finally admits that steel is in fact, not real, and “Single pivot bikes suck, but they’re much easier to build in a shed”.

Born in the depths of the NSMB forum, the Starling Fallacy is Starling’s deepest, darkest secret.

It lurked in wait, exposing the core of the brand’s being; its modus operandi; its original sin. But like all secrets, it would never rest, never die, never cease. It would always be there, in the shadows, threatening the heart of Starling Cycles.

And so, Starling Cycles founder Joe McEwan has decided that enough is enough. Like all good internet conspiracies, he knew that the fallacy was based in truth. And so, it’s time to come clean.

The game is up. Starling is no more. Steel and single pivot is not, in fact, real.

To mark the final chapter of Starling Cycles, McEwan has decided to lift the lid on the brand with a limited edition, 36-page, hardback coffee table quality print journal entitled the ‘Starling Fallacy’. Intended as part memoirs and part confession the book will allow McEwan the opportunity to come clean and for, he hopes, redemption.

“Being honest” says McEwan in the opening chapter entitled ‘Got Fired? Fire Up The Welder’ “I just needed a job after I got sacked from my Aerospace gig”.

“I’d been mountain biking a couple of times so I thought I’d give it a shot. I wasn’t sure how to make any money from it, but I knew that would come pretty easily”. 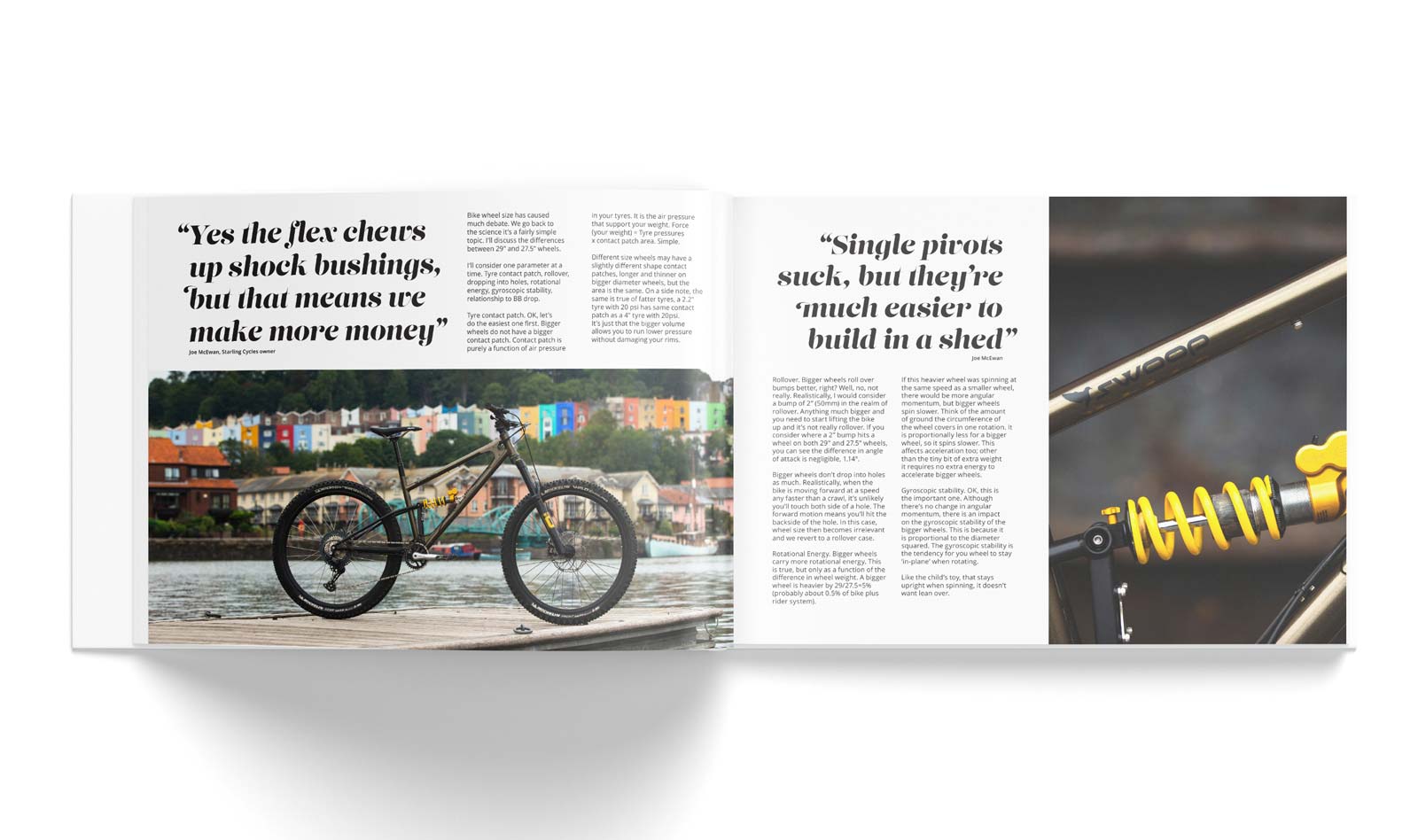 Joe admits that he quickly spotted a gap in the market: “there were frame builders all over the place and it looked pretty easy. You just copy some geometry from another brand and make it a bit longer, lower and slacker. Then you stick a few tubes together and Bob’s your uncle.”

Joe’s enthusiasm wasn’t held back by a lack of resources and, he admits, inspiration was drawn from the world around him. “I only had the shed to work in because the wife wouldn’t let me weld in the house, so I worked in there. I bought a welder from eBay and prayed I wouldn’t blow up the garden. And yeah, I needed a name for the ‘brand’ and was in a rush to get to the pub on a Friday so I just picked the first thing I spotted out of the window, a Starling on the garden fence. Nailed it.”

Joe quickly realised that his new brand had exposed something bigger “They honestly couldn’t get enough of it. It was like people saw the shed, saw how basic the bikes were and were willing to pay double what they would for a proper bike. It was nuts. I jacked the price up after I’d built a couple and the cash just came rolling in.”

Frame design was obviously critical and the chapter of the book entitled ‘Mo Pivots, Mo Problems. One Pivot, Mo Money’ bears all.

“Kinematics? No idea. I basically just looked at a load of old bikes online and copied those. People seemed to love the idea of a bike with loads of brake jack, disposable shock bushings and suspension that didn’t work when you pulled the stoppers. It was like the more basic you made it, the more they wanted to convince themselves it would work.”

“Once I’d made the suspension as absolutely low-tech as I possibly could, I had one final brain wave: ‘What if we make it out of the oldest, heaviest, thinnest, easiest-to-snap material possible?’ Steel was the obvious choice. The internet went bananas for it and I made my first million”.

McEwan, currently based in The Bahamas, hopes that by sharing his story riders will see the true value of simple, steel, single-pivot bikes and continue to believe the hype.

Once sales of the limited edition print journal ‘The Starling Fallacy’ are complete, he intends to sell the business to a major bicycle manufacturer.

Secure your copy of the Starling Fallacy for £999.99 at the link below.