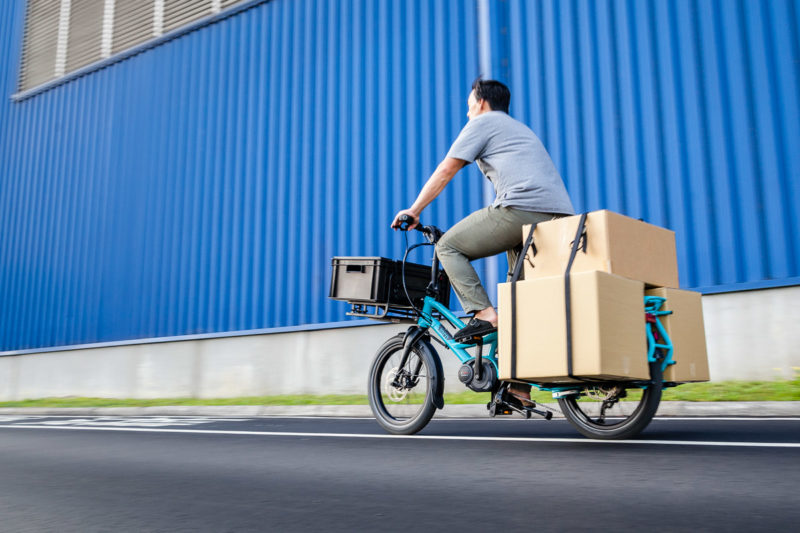 Tern unveiled a new dedicated #BikesForBusiness area at Eurobike, showcasing their customized accessories that can be used for business applications. In addition, they just dropped a new version of their HSD S+ e-bike, using the automatic shifting system from Enviolo. 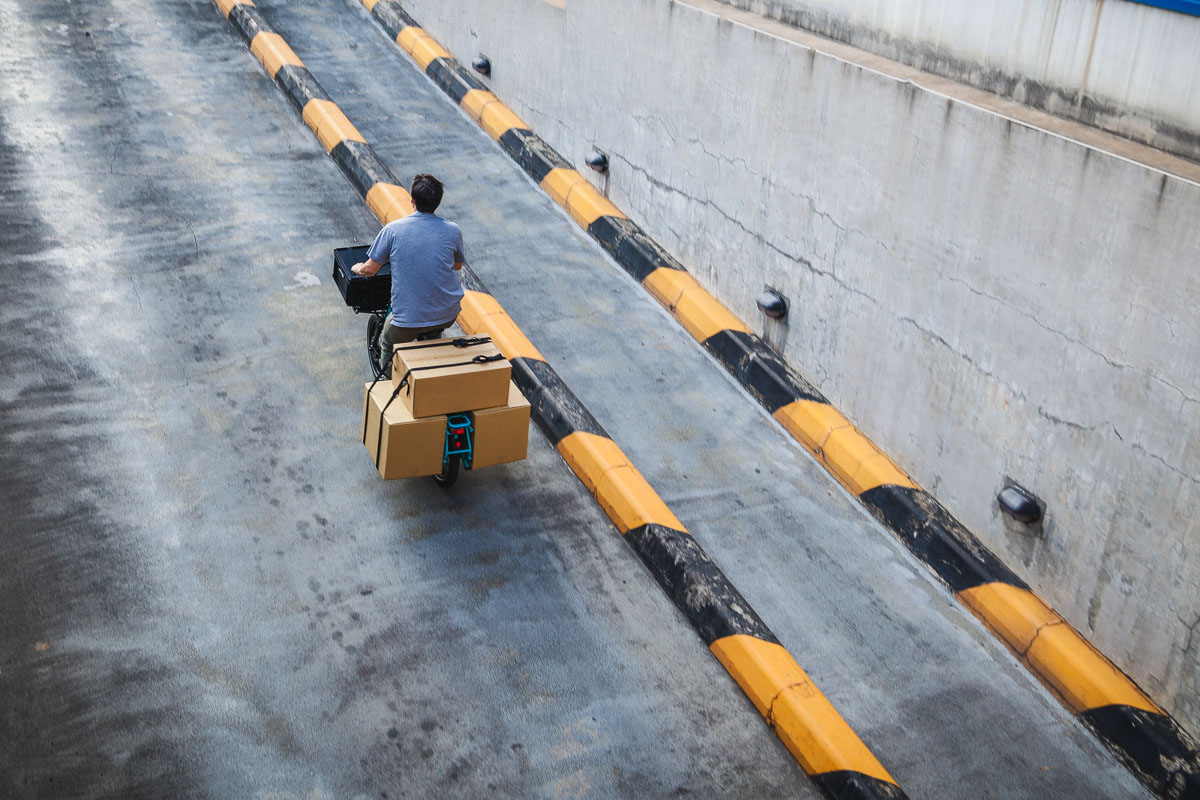 Tern is known for their cargo bikes and compact folding bikes, and wants to change the way companies do business by integrating bicycles into their daily operations. According to Tern, three cargo bikes are on display, including the heavy-duty GSD with 200kg maximum gross vehicle weight, down to lighter-duty models. Tern is also showing the Carla Cargo trailer, which is an emission-free alternative that’s capable of hauling heavy loads. 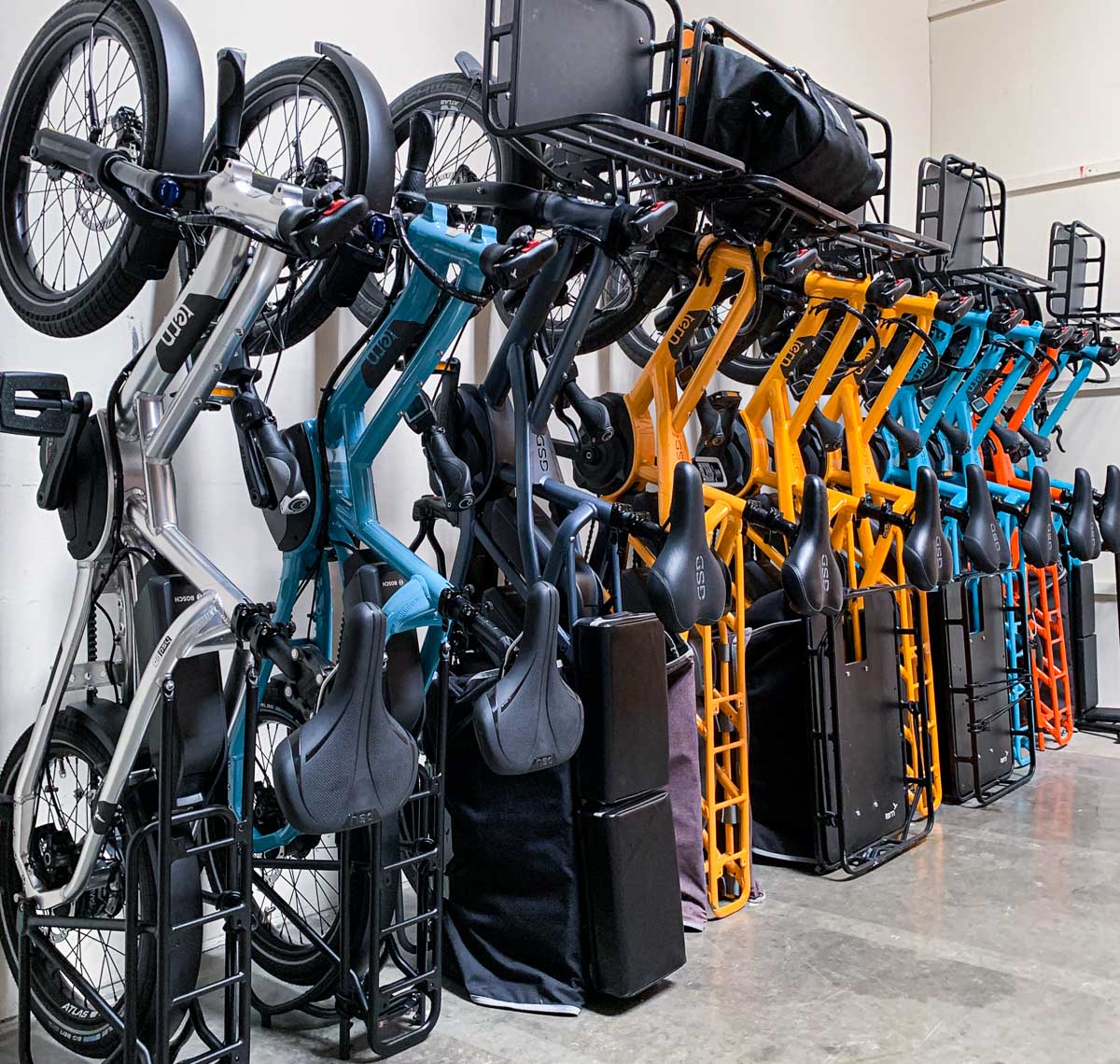 “When it comes to commercial logistics and urban mobility, it’s increasingly evident that ebikes are often a more reliable, flexible, and cost-effective solution… In the last year, we’ve spoken to an ever-increasing number of businesses large and small, that want to integrate bikes into their operations. One government department in California voted to replace staff cars with Tern GSD ebikes for running between offices. A cruise ship operator stocked several of their ships with fleets of Tern Vektron ebikes to rent to customers. Grocery store chains want to make deliveries by ebike. Universities want to replace campus shuttles with a fleet of ebikes. The list of interesting projects goes on and on.” 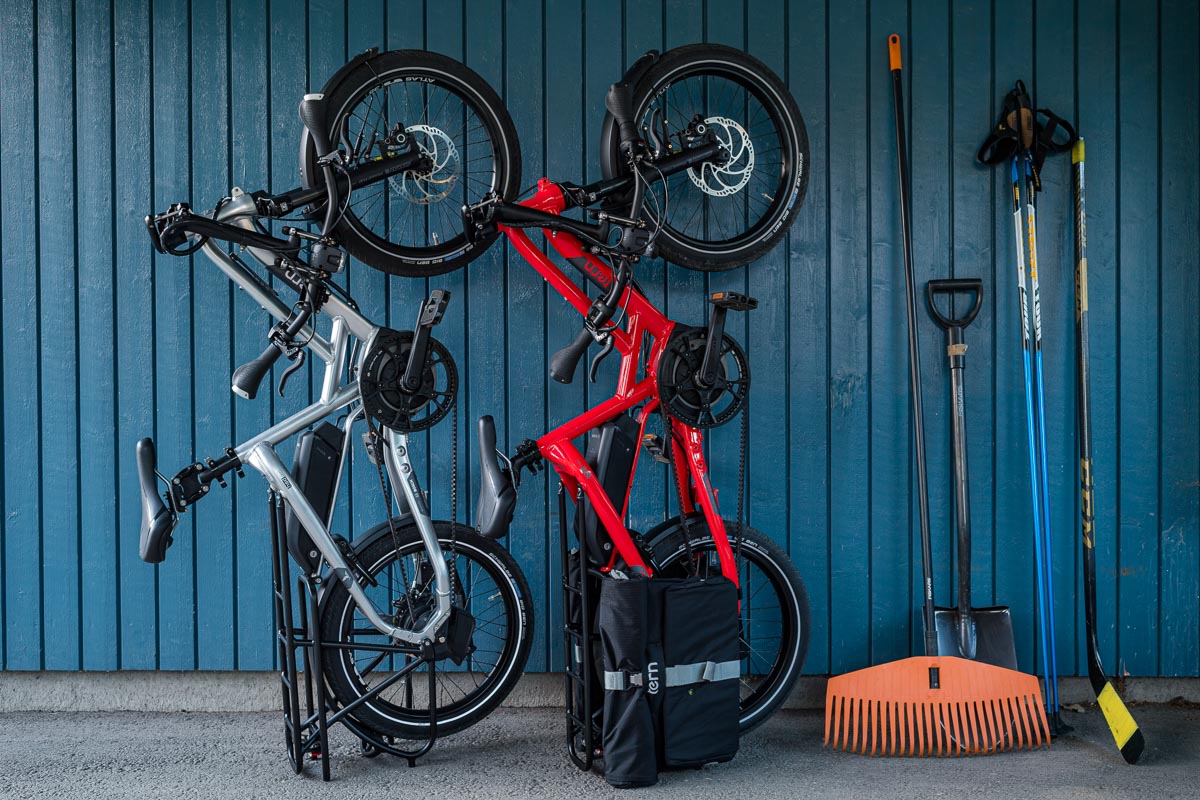 The Tern #BikesForBusiness area can be found at Eurobike booth B4-403, and bikes are available to test ride at booth DA-420. 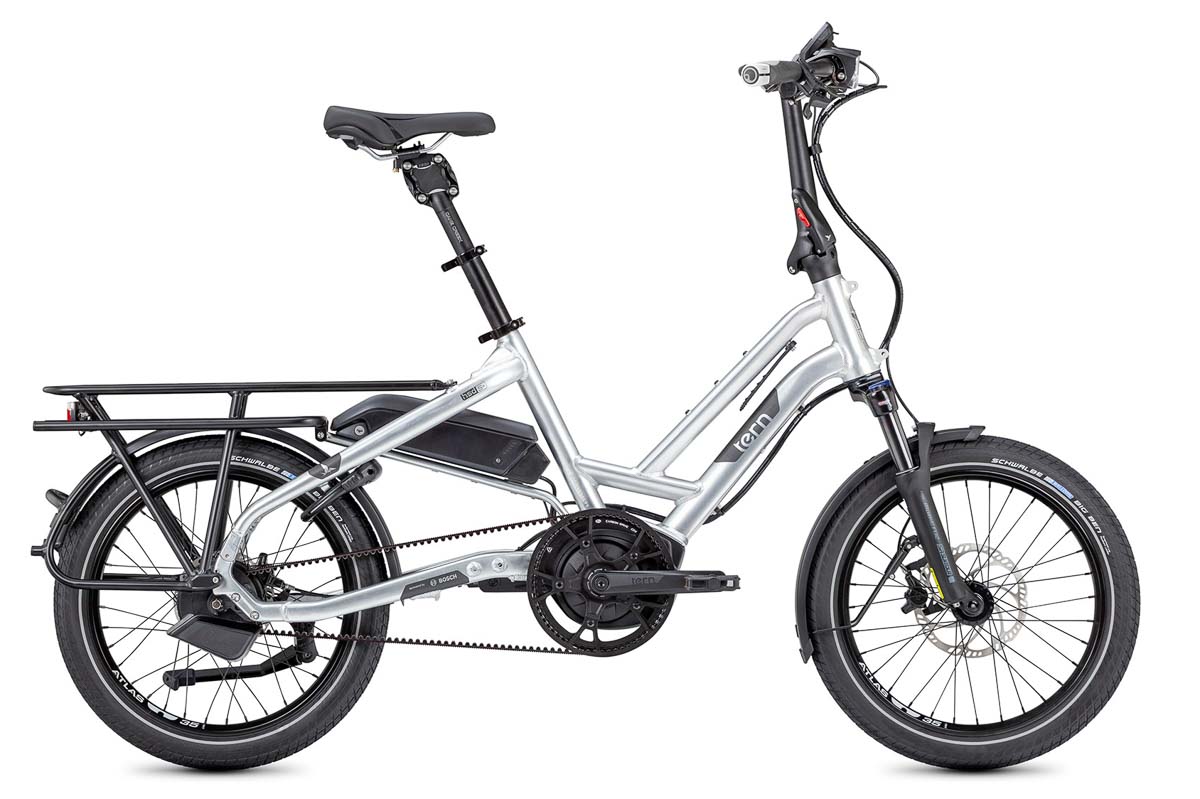 Tern announced a new option for the HSD S+ e-bike, with automatic shifting coutesy of Enviolo. Their AUTOMATiQ technology integrates with the on-board Bosch motor and Enviolo drivetrain, and shifts automatically based on speed, cadence, and terrain. A belt drives the system for maintenance-free operation. 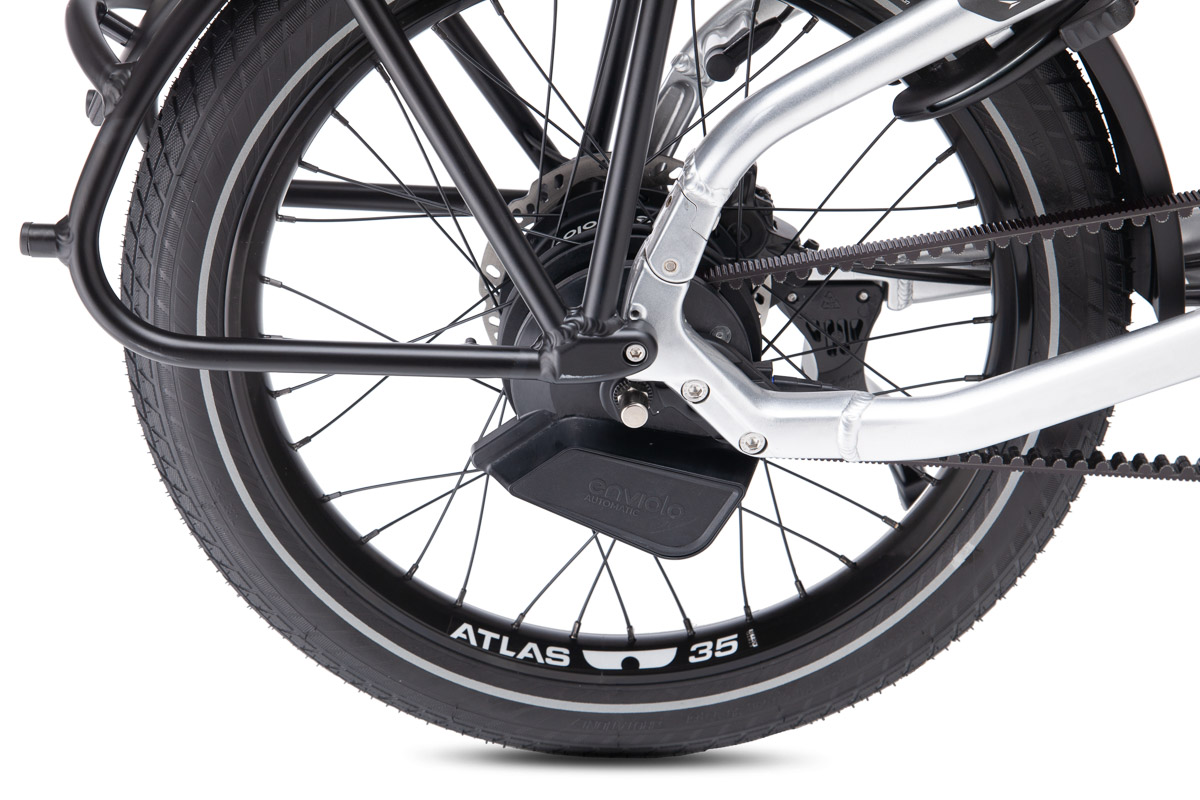 Riders set their desired pedaling cadence on the integrated Bosch Intuvia controller, and the system does the rest. The HSD S+ is said to fit riders from 150 to 195 cm tall (4’11” to 6’5″), and the Enviolo app (Android + iOS) can save multiple riders’ fit preferences.

Excellent stuff. Cars are destructive to the environment in a huge way bring on the ebikes for all small trips