Like the partners of Ezra Bikes I too have spent years in a bike shop. One of the biggest headaches that walked through the doors, other than tandems and recumbents, were kid’s bikes. Bolt on wheels with training wheels and the occasional Slime covered tire would lead to a well-forced smile. Fortunately, Ezra bikes have removed under-inflated tires from the equation thanks to flat proof tires and added incremental upgrades throughout their lineup. Check out the builds and prices after the break… 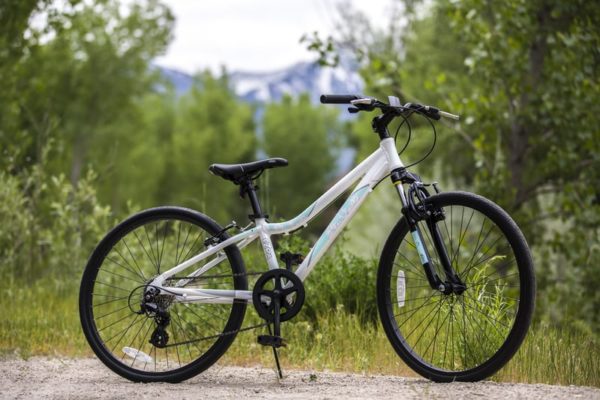 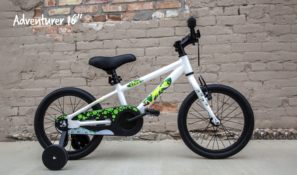 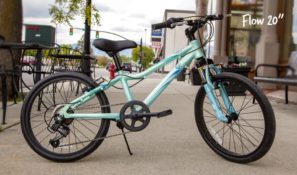 Standard features across the Ezra lineup include aluminum frames, flat proof tires from Tannus and kickstands. Notably, bash guards and front suspension forks are introduced at the 20″ level, and they consider the bash guards anti-slip due to it sandwiching the chainring between two plastic flanges.

The flat proof tires should be good for keeping your child flat free, but we can’t help but think that they may be quickly destroyed through skidding. All the other flat proof tires we’ve reported on, have strongly advised against skidding as it could cause flat spots to the tires. Kids love to skid, so this could present itself as an issue. 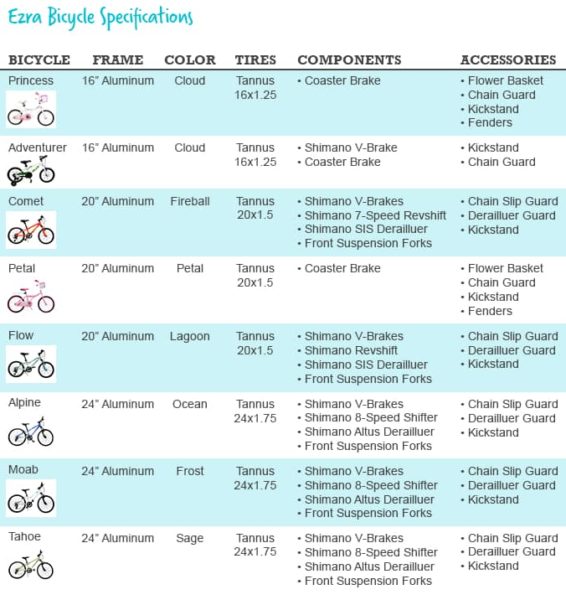 Currently, prices are reduced for the Kickstarter pledges; included are the MSRP for each.

They’re scheduled to ship in October of 2017 should the campaign reach their $27,500 goal.

Didn’t Dunlop invent the pneumatic tire to make his son’s bike less of a rattly pain in the butt?

Yo let’s talk about the “girl’s” bikes being the only ones without hand brakes. What, girls aren’t going to ride hard too? These guys haven’t innovated a thing, people have been making better kids’ bikes for a while now; Priority has been using airless tires on kids bikes, and FROG has aluminum frames with quality components. Neither of them have perpetuated stupid and restrictive gendering like these guys though

+100. this brake spec discrimination is ridiculous.

RE: airless tires- pretty neat for non-cycling families, but how hard is pumping?

My kiddos run light 20×1.75 tires at 10-18 psi for trail riding on rigid bikes…never a pinch flat, they’re light! I hate to imagine what the traction/comfort performance on these is like if a kid ever tries to ride trails, or rail a berm on a pumptrack. Ouch!

I don’t get it, what’s so hard about just pumping up the tyres? Seems to work the same way on the two kids bikes in my shed as it does on the 6 adult bikes…

Making kids bikes heavier than they already are (60-75% of rider weight are pretty much standard) seem like a great idea!

Ezra bikes may or may not take a Pound-ing