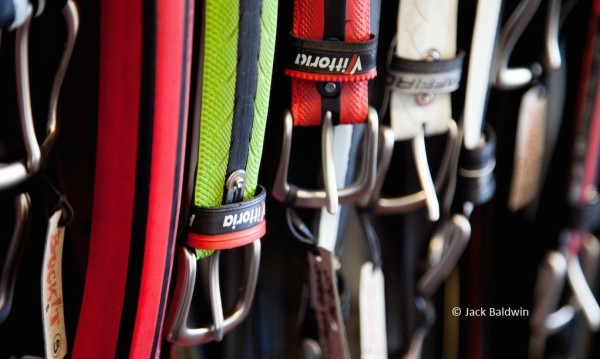 In these days of mass production and unimaginative merchandise that is cast from the same mold, there are companies out there producing unique and special items, made by hand. Buck!t Belts is one such company.

Where a company like Buck!t differs from your regular belt or watch band manufacturer is that, instead of taking the hide from an animal, they procure items that would normally be thrown into landfill. In this case, used bicycle tires… 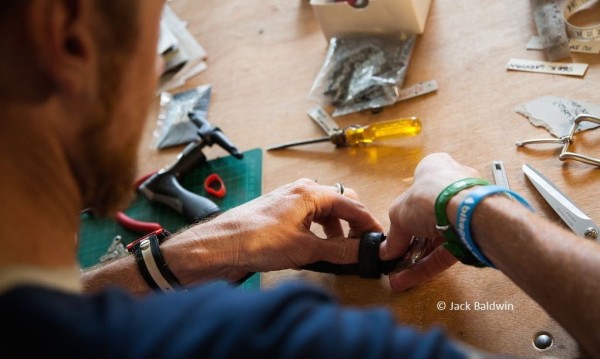 Buck!t co-owner Craig takes a used bicycle tire, typically donated to him, which he re-cycles, or up-cycles if you prefer, and crafts into a beautiful yet functional belt.

Buck!t Belts is owned by Craig and Jamaica, who run their eco-business based out of Adelaide, South Australia, home to the Tour Down Under. Buck!t’s product line consists of Belts, Wrist-Belts, Watch-Belts and Earrings. 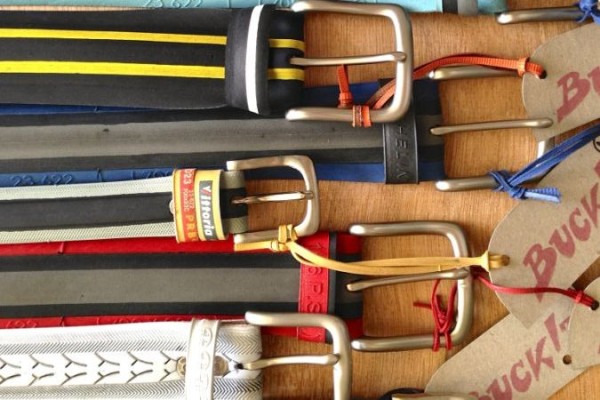 I love hand made items, especially if they’re constructed from recycled bike parts and supplies, so I found these pretty interesting.  My interest increased when Craig said he could manufacture a “Watch-Belt” utilizing a Vittoria Open Corsa CX tire. Then, when he said he had a couple of Vittoria Open Pave tires laying around waiting to be used, I was really interested. 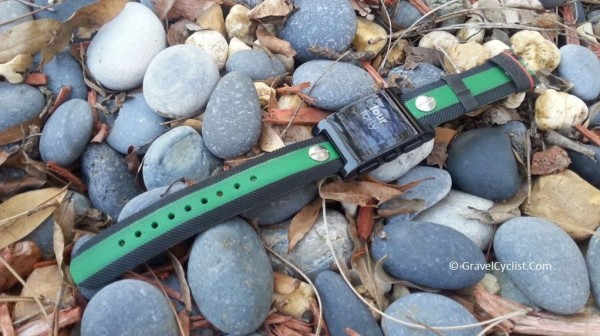 The finished product, 1 x Vittoria Open Pave tire watch-belt attached to a Pebble watch. Love it! Craig and Jamaica ship outside of Australia, so no worries if you’re not local. Check out my Watch-Belt review over at Gravel Cyclist.

Those tires look as if they have not been used at all. Maybe overstock / QC rejects then? Or very thorough washing 😉

Upcycling is going to be over and miss used as much as hack. How about just using repurposed to describe using old or worn out products.

Pretty awesome. Tons of artists/craftman repurpose tubes(myself included) but nobody really used tires. I won’t even think about copying what these guys are doing…the can keep doing their thing but I will definitely look into using tires, I’ve got plenty of my own trashed tires to go through and doodle!!!

I was so in when I saw the Pebble with one of their bands. I wanted one for me….. until I saw $75 for a watch band. Holy crap!

Peter – Some of the tyres are virtually new; depending on when they got slashed / damaged and then thrown away. We only use tyres that are going in the bin though, nothing off the shelf!

Veganpotter – We need guys like you using inner-tubes! There are SO many tubes being thrown away every day and they take up a lot of space in landfill – keep up the good work!

Joenomad – fair point. It’s easy to get stuck with one way of saying things and repurposed does cover things quite well, though upcycled is more ‘technically’ correct.

Dalton – Don’t forget the prices are in Australian dollars!! 🙂
The watchbelts actually take just as long to make as the belts, despite being small.
They also utilise good quality stainless-steel buckles and chicago-screws which add to the price, but ensure that they are both tough AND good looking. In the end, they are a handmade product, and time is the most expensive ingredient of all.
Complete watches (including our watchbelts) are quite affordable though – a Pebble with watchbelt will set you back about AU$160, a bit more for a strap made from something quite rare (like a tyre from TREK Factory Racing!)

*shrugs* been making belts from cast offs from my workshop for years.
Found the Roadie tires tend to want to curl up and not sit flat but the mountain bike tires work really well (although the beefier DH tire’s larger knobs can be a bit hard to get thru the loops on the pants).
Only hard parts getting buckles of a good enough quality cheap enough to not blow out the final price.

Great idea. Why are we using more new resources for belts when so many recycled options to be had? One of these belts would last forever really. Id buy one but I don’t have any clothing that requires a belt.

Hey Peter, I have a couple of belts from Craig and can confirm they are defo used and donated. They are, as you surmise, very well cleaned with a natural cleaner (can’t remember what but it’s on his website).

Get on board – they are a great product!

@joenomad – who cares? Couldn’t find anything wrong with the product so had to attack the adjectives used?

We’ve been humbled by the all the kind words flowing in from around the world!

Thank you BikeRumor for showing your support and interest in a small business like ours…and helping us to reach a wider audience too!

Bicyclebelts.com – BR covered these guys a few years ago. I have bought four of their belts and they have been great in both quality and service.