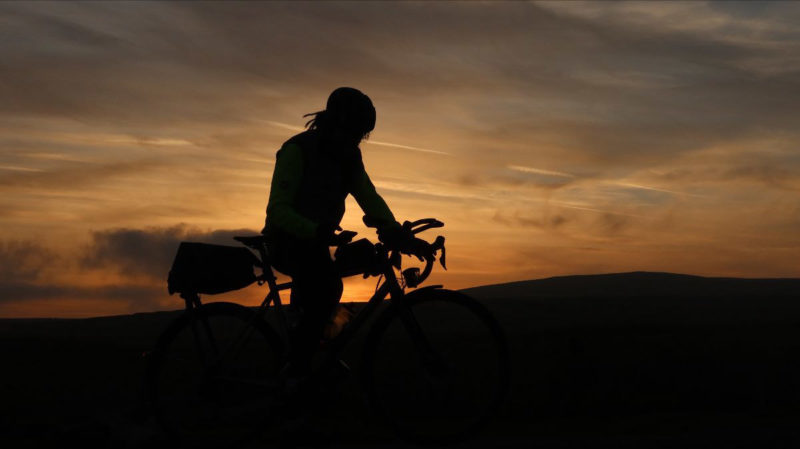 Ever ridden until your legs are so tired you can’t clip in to your pedals and you start tripping out? Rupert Robinson has! You gotta love videos that show true determination, so this week’s roundup kicks off with Robinson’s experience racing England’s All Points North ultra-endurance event. We’ll also check out a video covering a tough but strong season from the Lapierre Zipp Collective.

From there this video roundup offers got hidden gems, new sponsors, ambassador opportunities and BMX flatland on a rooftop in the mountains (with a live orchestra). Enjoy!

“A new film from Edinburgh-based filmmaker Markus Stitz documents All Points North, a self-supported, ultra-distance, endurance cycling event starting and finishing in Sheffield in northern England. The film follows Kinesis brand ambassador Rupert Robinson, who finished the challenge on a Kinesis GTD (Go The Distance) bike with less than an hour of sleep as ninth, riding 1,000km with 15,000m of climbing in 60 hours and 16 minutes.”

To kick off 2022, Lapierre and Zipp have released ‘Resilience’, a video that follows the Lapierre Zipp Collective’s 2021 season racing the Enduro World Series. Far more than just a race video, this emotionally charged short film dives into the head game of facing personal challenges while trying to put 110% into a racing career.

“Canyon presents the first installment of their series, “Diamonds in the Dust”. This new series seeks to unearth hidden gems in celebration of the cycling culture found in unsuspecting locations around the United States. Join world-traveling, multi-sport athlete and aspiring actor, KC Deane, as he discovers one of the most-unlikely off-road trail networks in the country—Los Angeles—with guest stars, former BMX pro Andrew Jackson and professional restaurateur Arnaud Moulin.”

“Endura are stoked to announce the signing of a second formidable freerider in a week in the shape of Juan Diego Salido, better known as Johny Salido. Johny isn’t just one of the best freeriders in the world, he’s an event organiser too, running Freeride Fiesta in Guadalajara with professional trailbuilder (and his Rampage digger) Oscar Tobogangster.”

“We believe in the importance of community connections. This new program aims to facilitate fun and accessible rider progression opportunities while supporting vibrant riding communities across the globe.” – Rocky Mountain Bikes

If you’re a coach, trail builder or mechanic who wants to get involved with local events and help others hone their skills, apply by February 15th (noon PST) through RMB’s website. Joining the Rocky Mountain Crew comes with some benefits; Ambassadors get discounts on bikes, free gear, and more. 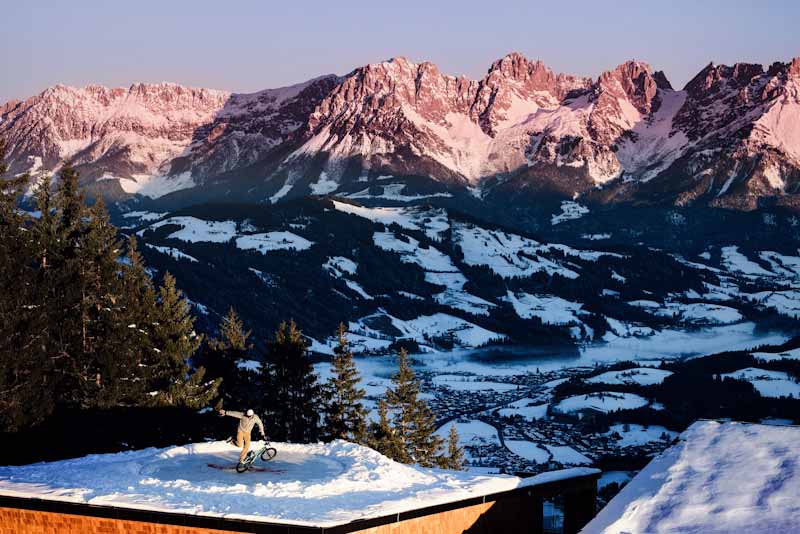 The Kitzbuhel Spin-Off (see link below!)

“Frenchman Matthias Dandois has made a career out of breaking new ground on his beloved BMX bikes with the 32-year-old heading to the iconic Streif mountain to help celebrate the 2022 running of the famous Hahnenkamm downhill races. Dandois also performed to a unique soundtrack courtesy of the Red Bull Symphonic as drum and bass masterminds Camo & Krooked reinterpreted the song ‘Set it Off’ with classical composer Christian Kolonovits and the Max Steiner Orchestra, led by conductor Natalia Villanueva García.”