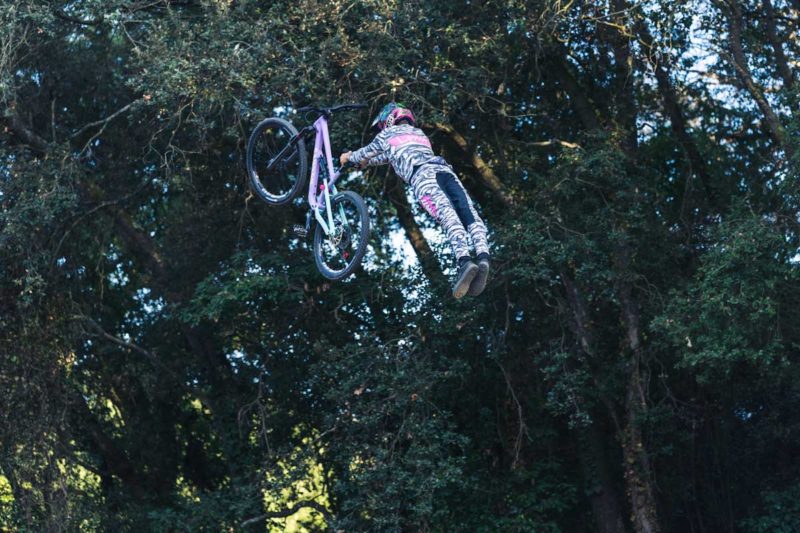 As winter weather sets in for many of us, this week’s video roundup starts with Commencal’s Dillon Lemarr relishing the riding in Colorado before snow buries his local trails. Next up we’ll remember our bicycling beginnings with Mike Hopkins as he shows us a humorous, relatable video of hustling as a kid to buy his first bike.

“Riding in the high country of Colorado can only be enjoyed for a few months out of the year. When the weather begins to change, getting one more ride in before winter hits is the highest priority. Blink once and the ground is covered in snow. Sometimes it’s hard to accept that the best trails won’t be rideable for a few months, but that’s what makes them so special during riding season. For Dillon, riding in the fall is the perfect way to cap off the season and put it to rest until the springtime comes.”

“When I was a kid I would do anything and everything to keep my bike rolling…dares, chores, dodgy endeavors, you name it, and I was there. My childhood was built around bikes and bad ideas, whether it was getting around, getting in trouble, or getting away, my bike was the ‘go-to’, so when it broke it was a big deal. You could say my childhood existed in two states, I was either out riding, or I was chasing a dream, and this film is a nod to both.”

From The Flannel Crew:

“As we sit here, scratching our heads, trying to find the words to describe how rad 2021 was for us, we’re reminiscing on the good times and all of the crazy things we pulled off. To be honest, we felt a bit like caged animals. Seeing some of the riding happening across the pond had us drooling like a Doberman staring at a porterhouse steak… It left us with two options. To accept conditions as they exist, or accept the responsibility for changing them. That hunger led us to explore some of the best landscapes, trail networks, and bike parks in Canada. We linked up with legends, progressed on two wheels, and just generally had one heck of a time.”

“Canyon has a reputation for creating unique pieces of content, and this is pushed to new levels with Tomas Lemoine in their new project. Tomas and JC Pieri take us on a musical journey full of big tricks and… Aliens?!”