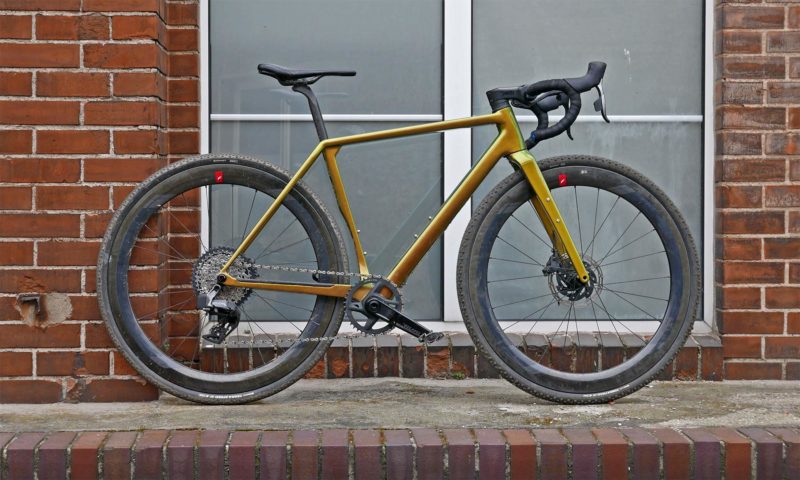 The next-generation Votec gravel bike has been a bit of an open secret for quite some time now. While it’s still not official quite yet, and the naming is maybe even still up in the air, we got an up-close look at the new Votec VRX Carbon gravel bike this weekend in Berlin at the Kolektif bike show, and with it a lot of key details… 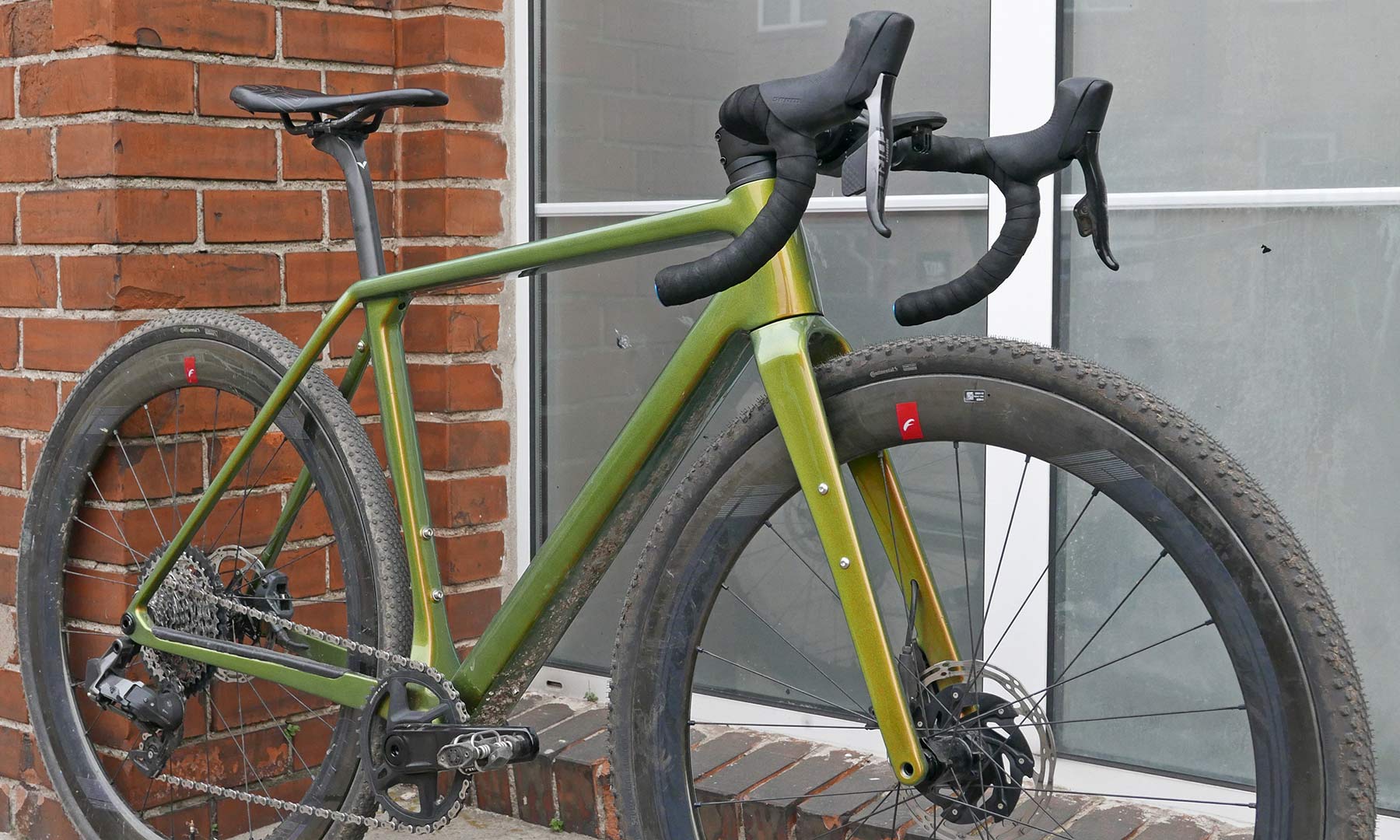 Ever since Votec debuted their carbon VRC all-road bike two summers ago – essentially a light, fast gravel bike – we knew a new carbon gravel bike was in the works too. We’d pried for more details, but were told to be patient. Their affordable alloy VRX gravel bike had been super popular, and Votec was working on how to take it to the next level in still-affordable carbon. 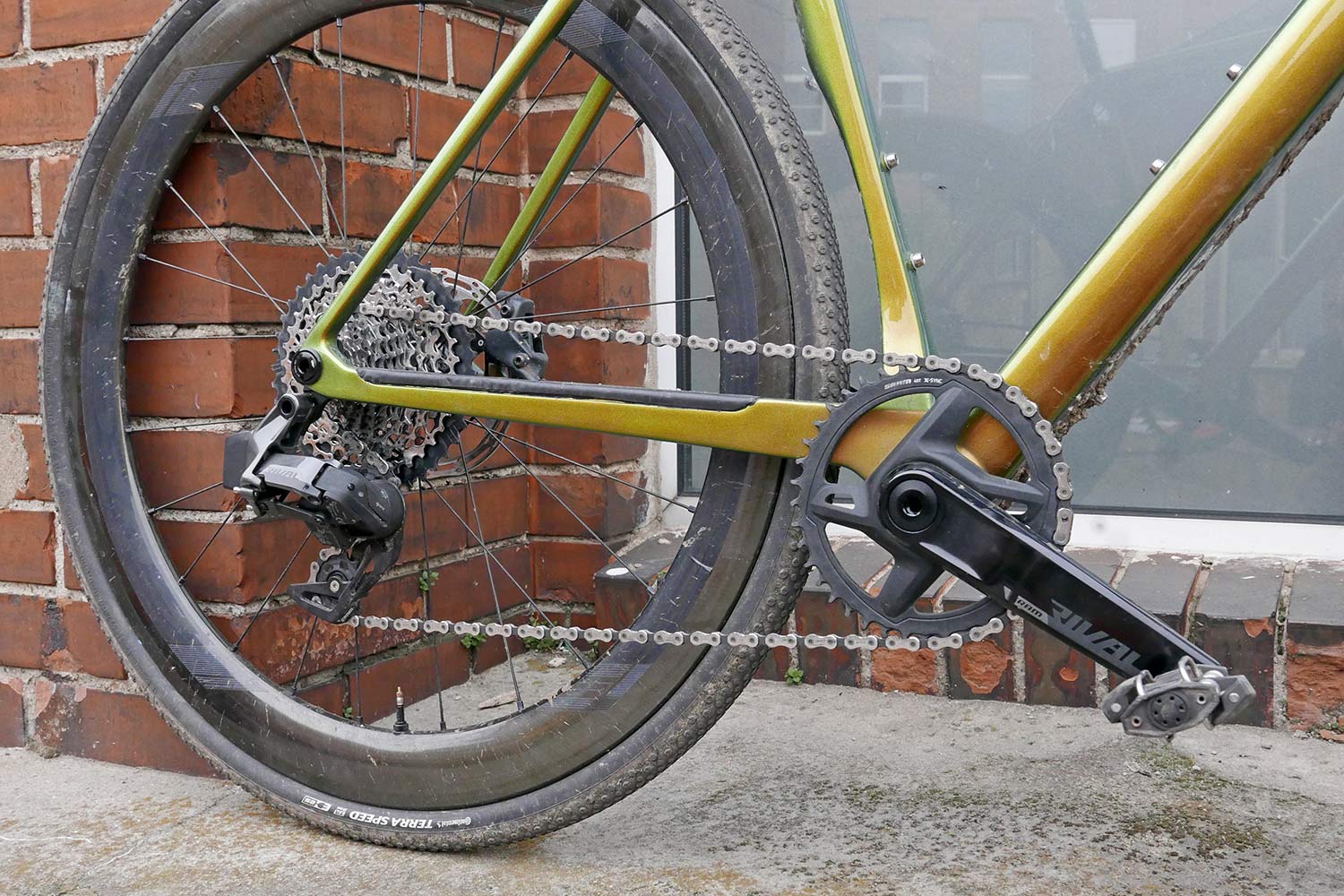 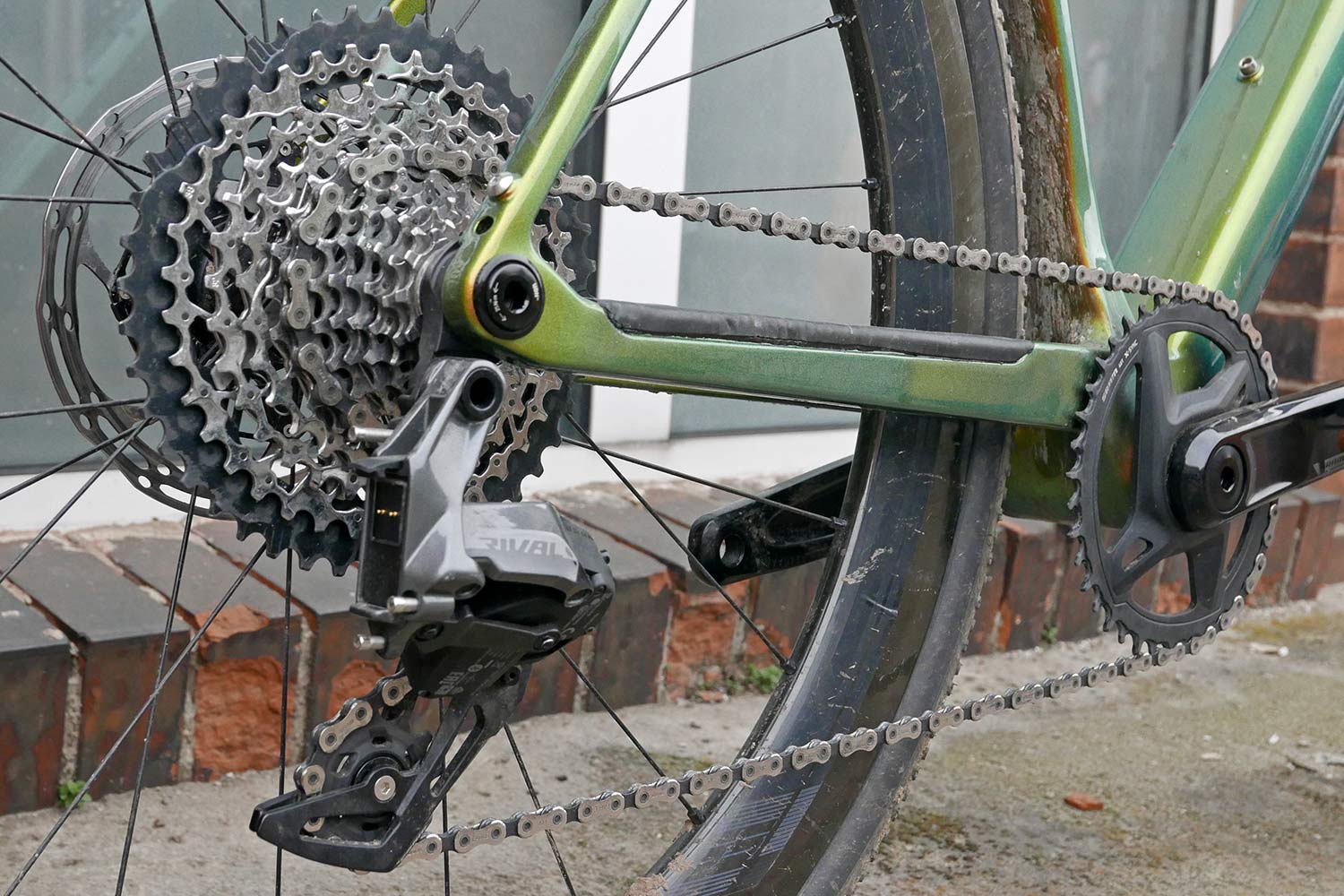 The overall new bike design is something of a mixture of the light gravel VRC design and the alloy gravel VRX. A major goal in the evolution of those two separate bikes was bigger tire clearance for more off-road capability, while at the same time simplifying a number of details.

To achieve that, Votec’s new VRX Carbon gets a rather unique elevated chainstay layout. 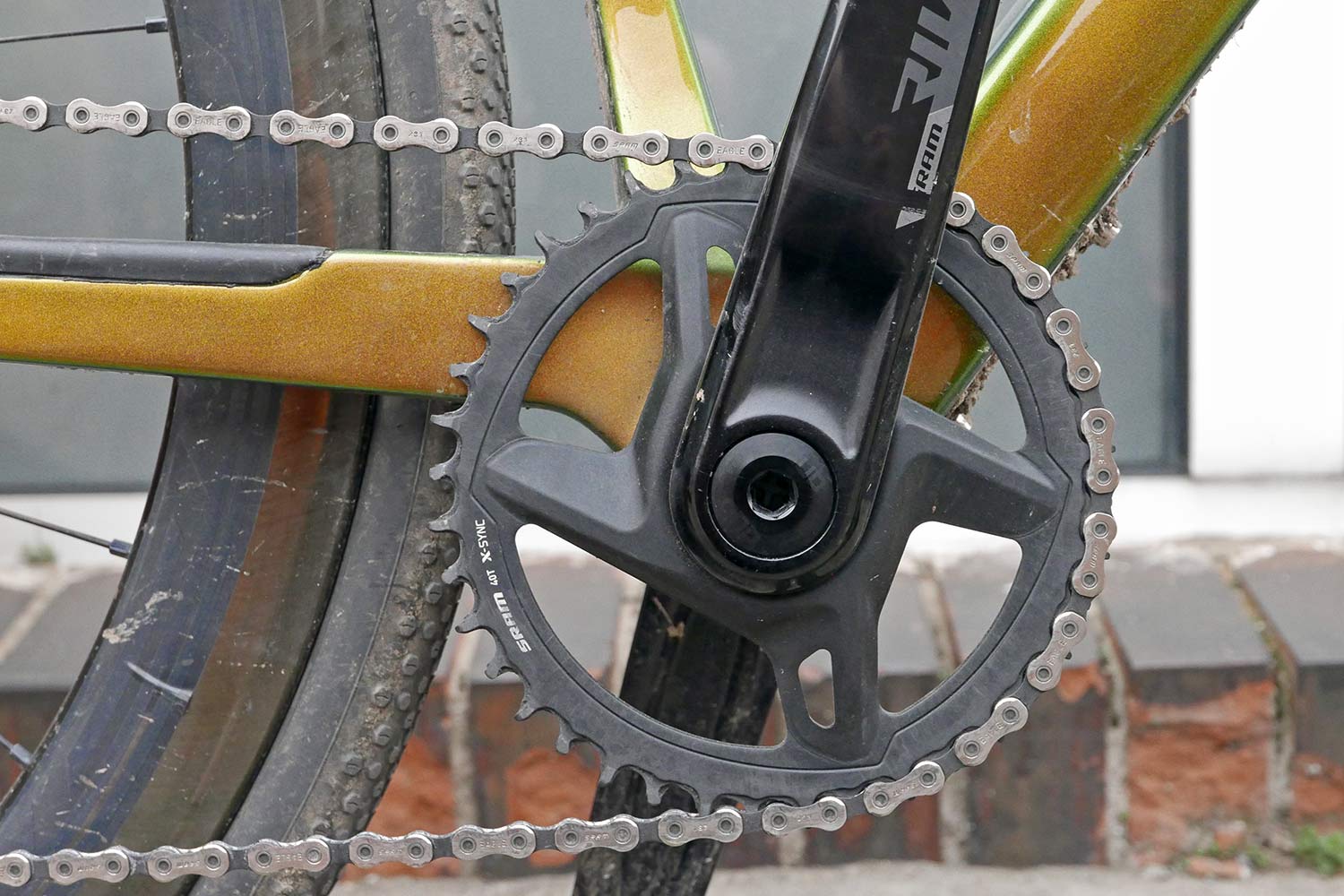 Many gravel bikes have used dropped chainstays to allow more clearance tires AND chainrings – moving the chainstays out of the direct line between the BB & rear axle.  The Votec VRX Carbon solution achieves much of the same benefit by raising the stays a few centimeters -resulting in a dropped section of carbon around the T47 threaded bottom bracket. 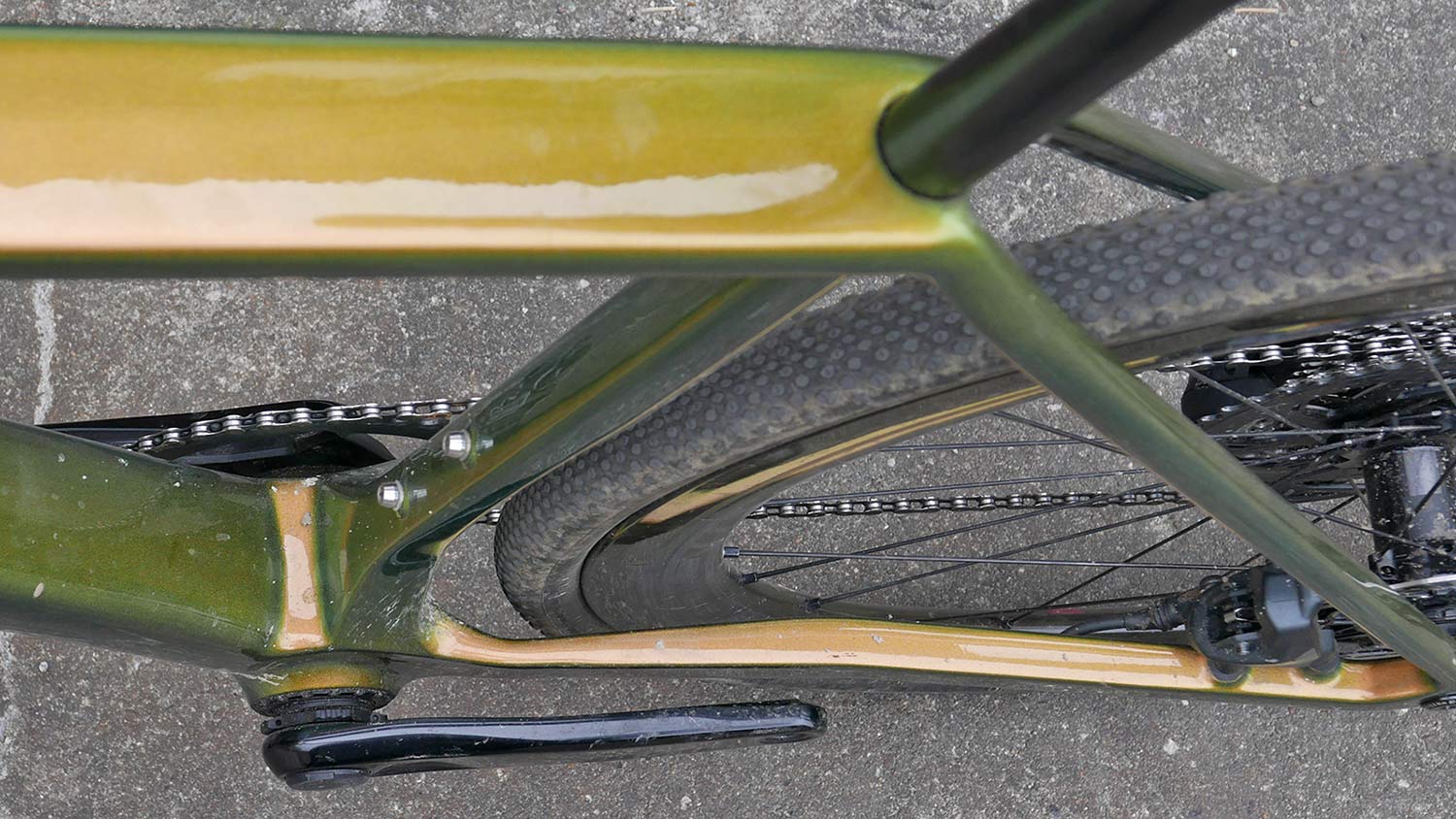 This pre-production test bike has already seen quite a bit of gravel racing, including last fall’s Badlands, and is fitted with a 40T chainring & narrow for gravel racing, but fast set of  Continental Terra Speed 35mm tires. But there seems to be plenty of room for at least 700 x 50mm (2.0″) gravel tires, and around a 44-46T chainring. 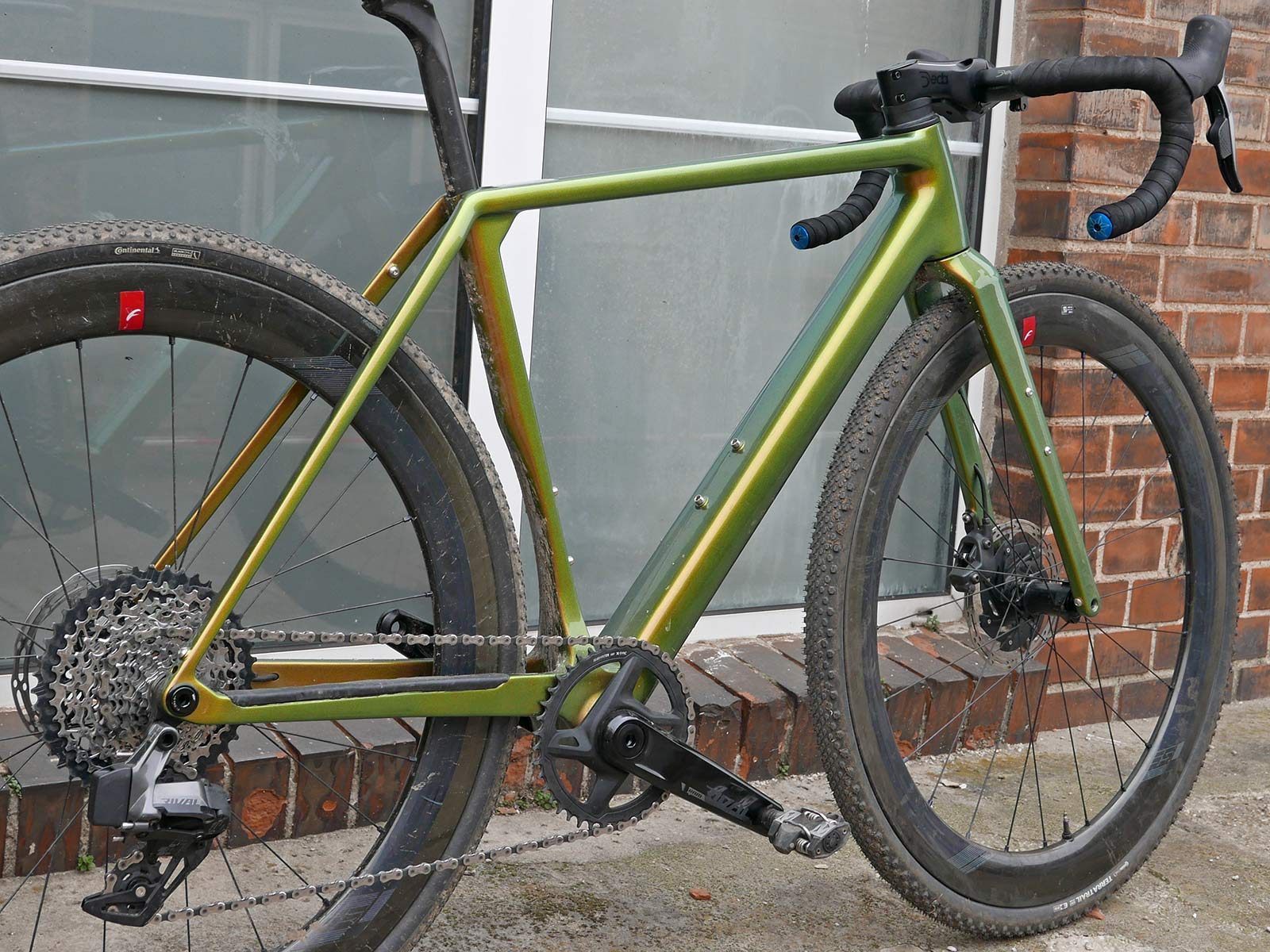 The new VRX Carbon features a similar-looking wide-set pair of comfy seatstays like the VRC, but actually gets a much simplified internal wedge clamp for the seatpost.

Votec determined that the extra vibration damping of the independent VRC seat cluster was less necessary once riders started adding much larger tires for more control & comfort. Plus, the super-thinned seattube as a result of the rear wheel cutout helps give more flex between the BB & the saddle.

The new bike also opts for a simple UDH – universal derailleur hanger – and standard 12mm thru-axles over the more complex solutions on the all-road bike. 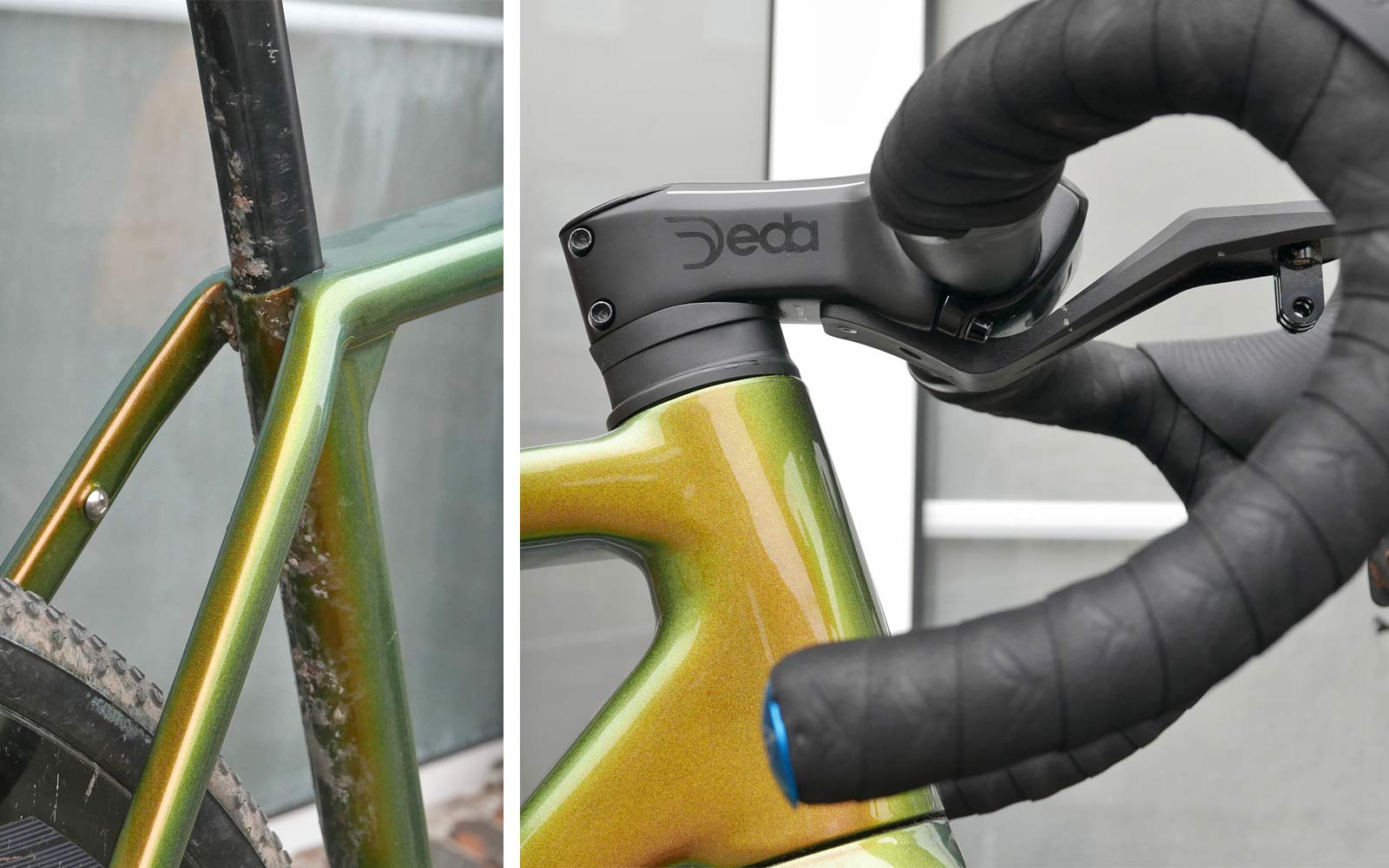 The VRX Carbon is Votec’s first foray into fully internal cable routing, with this bike spec’d with Deda’s DCR headset internal routing system, a Vinci stem, and a tidy direct out-front mount for a cycling computer and GoPro/headlight.

The new carbon gravel bike is still built for versatility, including hidden mounts for standard full-coverage fenders, both front & rear. That integration is also expected later this year on an all-new VRX Alloy gravel bike that will share this carbon model’s new fork (and will replace the current aluminum gravel bike). 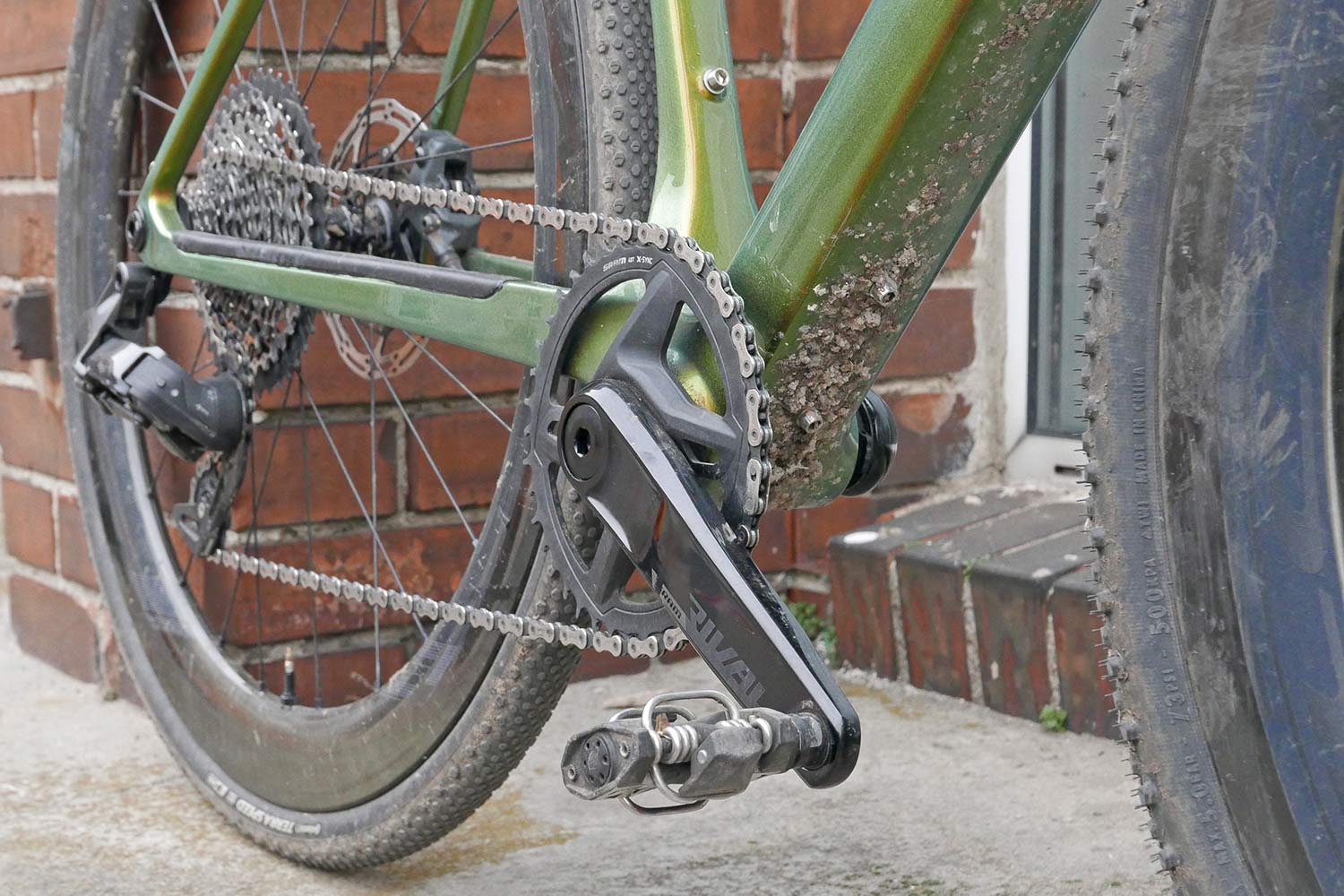 The carbon bike also adds more braze-on mounts for versatility, too. Votec sees the new VRX Carbon as a do-it-all gravel bike – not necessarily race-only or adventure bikepacking-only – so it gets a happy medium suite of mounts. Each fork leg gets just a standard pair of mounts, and there are standard pair bottle cage mounts on the seattube, downtube, and in front of the bottom bracket (no 3-pack anything cage mounts). There’s also no direct toptube bag mounts either.

The VRX Carbon will get a slightly updated geometry based on the current alloy bike, which was just recently updated itself. 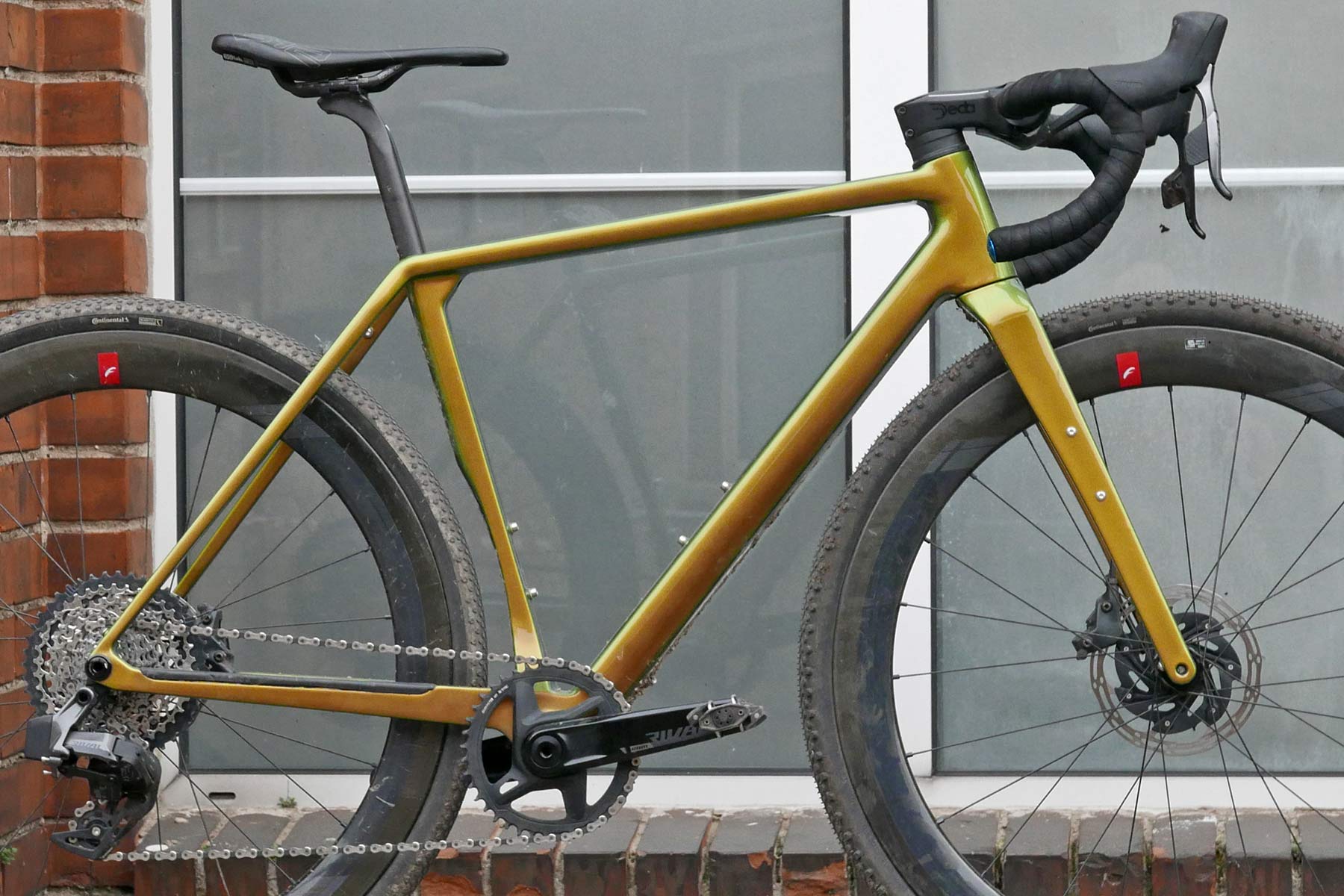 Rumor has it that the next-gen Votec VRX Carbon gravel bike framesets are almost ready right now. But most likely due to the supply chain logistics of sorting out all the individual components, we still have to wait at least until late this summer for an official release.

We don’t know what final pricing will be when the VRX-C comes to market later this year, offered direct-to-consumer via Votec’s parent Internetstores online retailer. But we assume it will be close in line with the ~3000€ starting complete bike price of the carbon VRC all-road bike. What we do know is this sparkling chameleon green paint will not be a standard offer, replaced instead with one or two vibrant solid colors plus a black option.