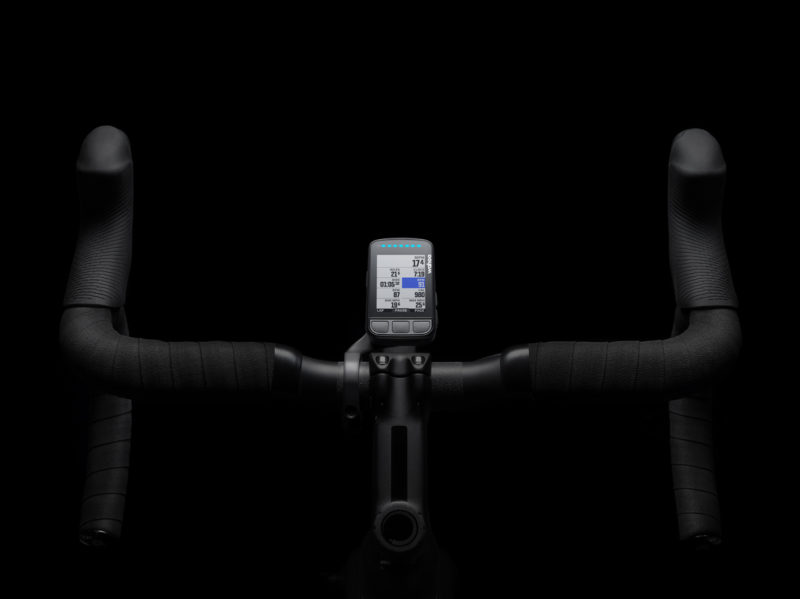 Looking for a compact GPS cycling computer that’s easy to use with lots of features? Like a color screen? The newest Wahoo ELEMNT BOLT seems to qualify.

When it was first launch, the BOLT was all about offering a smaller GPS computer than the larger ELEMNT. The Bolt was also designed to be aerodynamic when installed into the mount. That all carries forward with the new BOLT, just with a bunch of improvements. 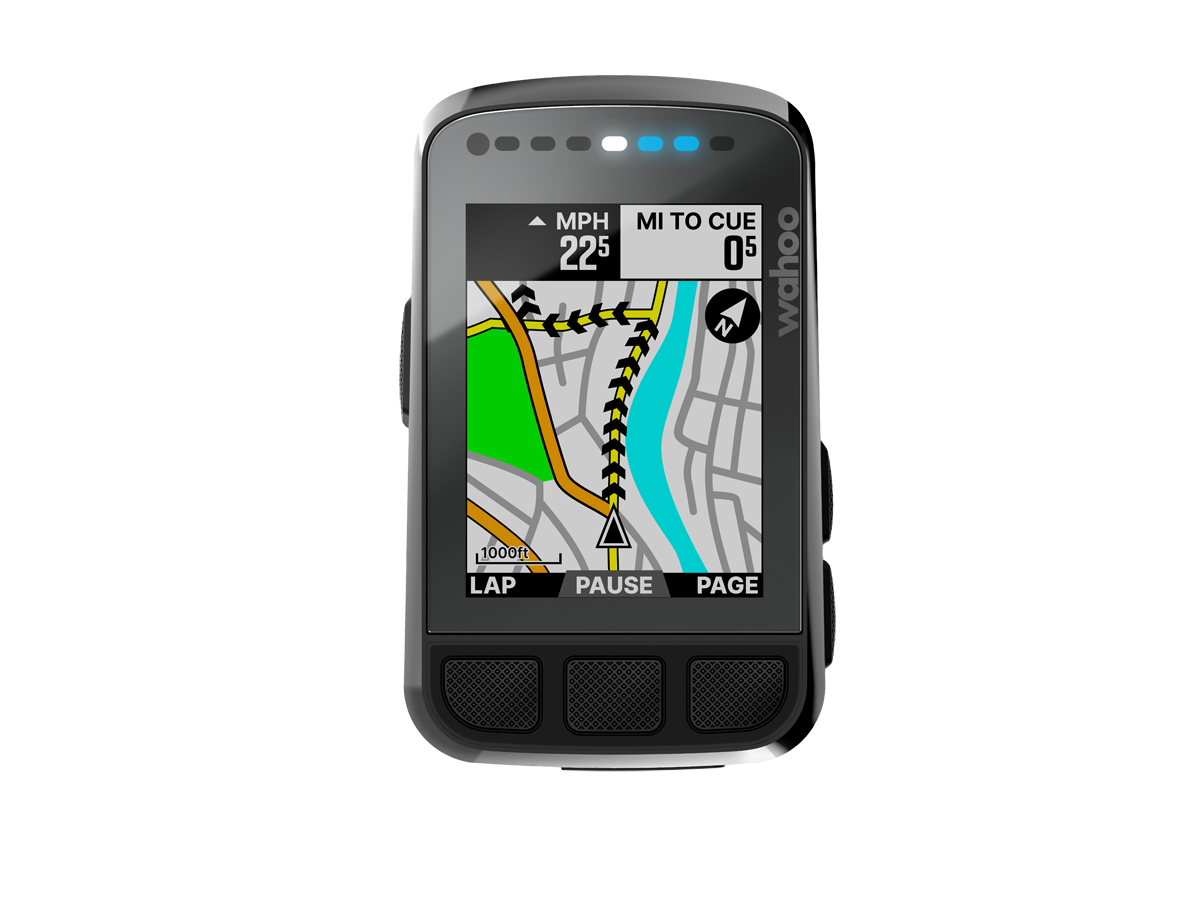 The most notable is probably the addition of the 64 color screen. The 2.2″ display is easy to read in the sunlight and uses color to highlight select information like your target ride metric, water or busy roads on the maps, and other details. Like the ROAM, the use of color isn’t over the top – it’s used just enough to highlight the most important info during your ride. What info gets the color touch can be adjusted within the app to customize what you see on the screen. 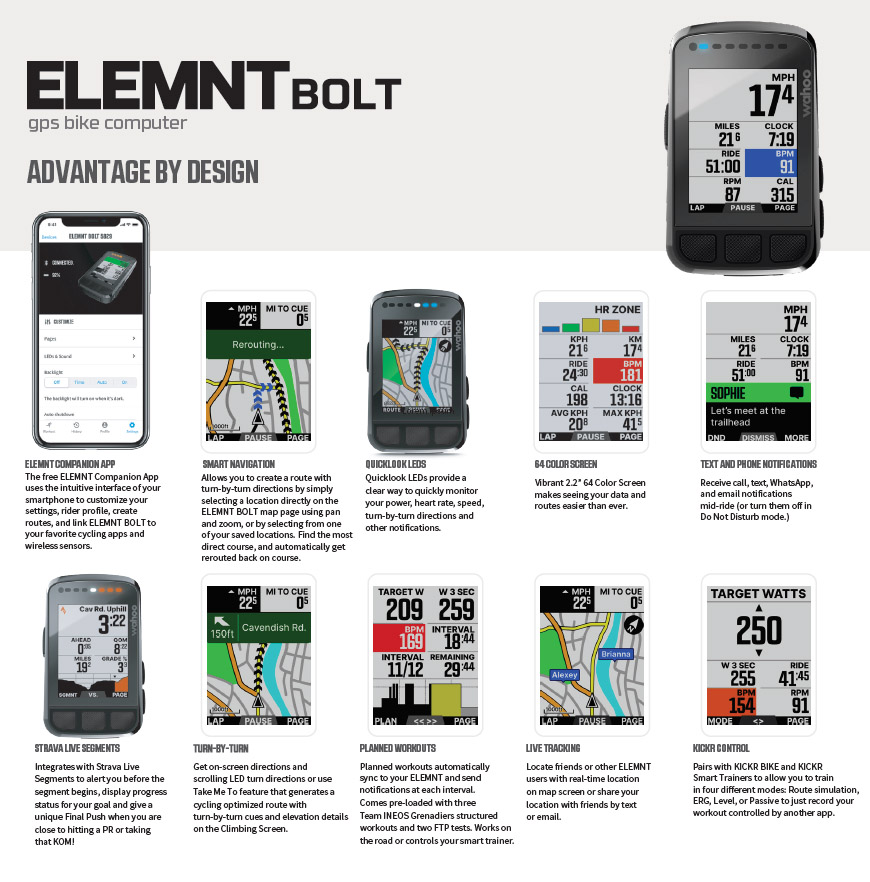 Previously only offered on their larger computers, the BOLT also gains their smart navigation features including smart elevation. That gives you more options when riding with turn-by-turn directions and will help reroute you if you miss a turn, want to ride back to the start, take the flattest route, etc.

A big increase of internal on-device storage from 4gb to 16gb will help there since you have to download the riding areas ahead of time. 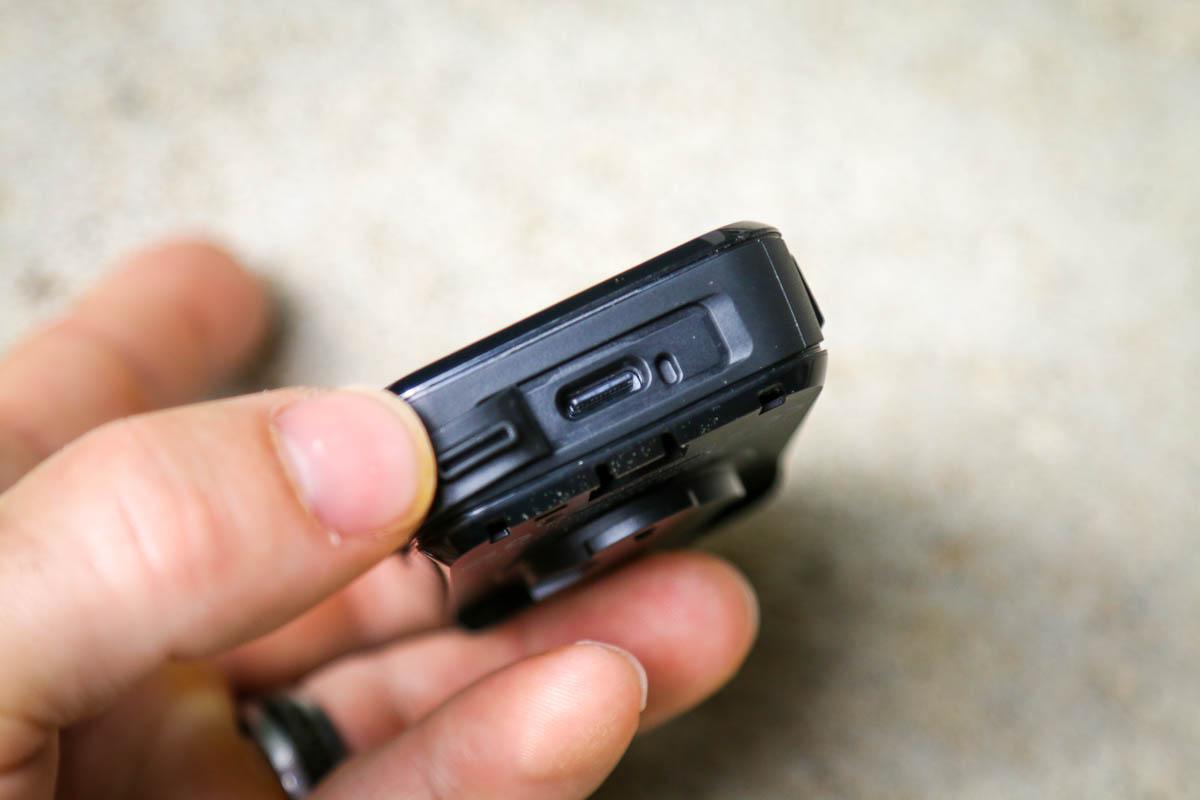 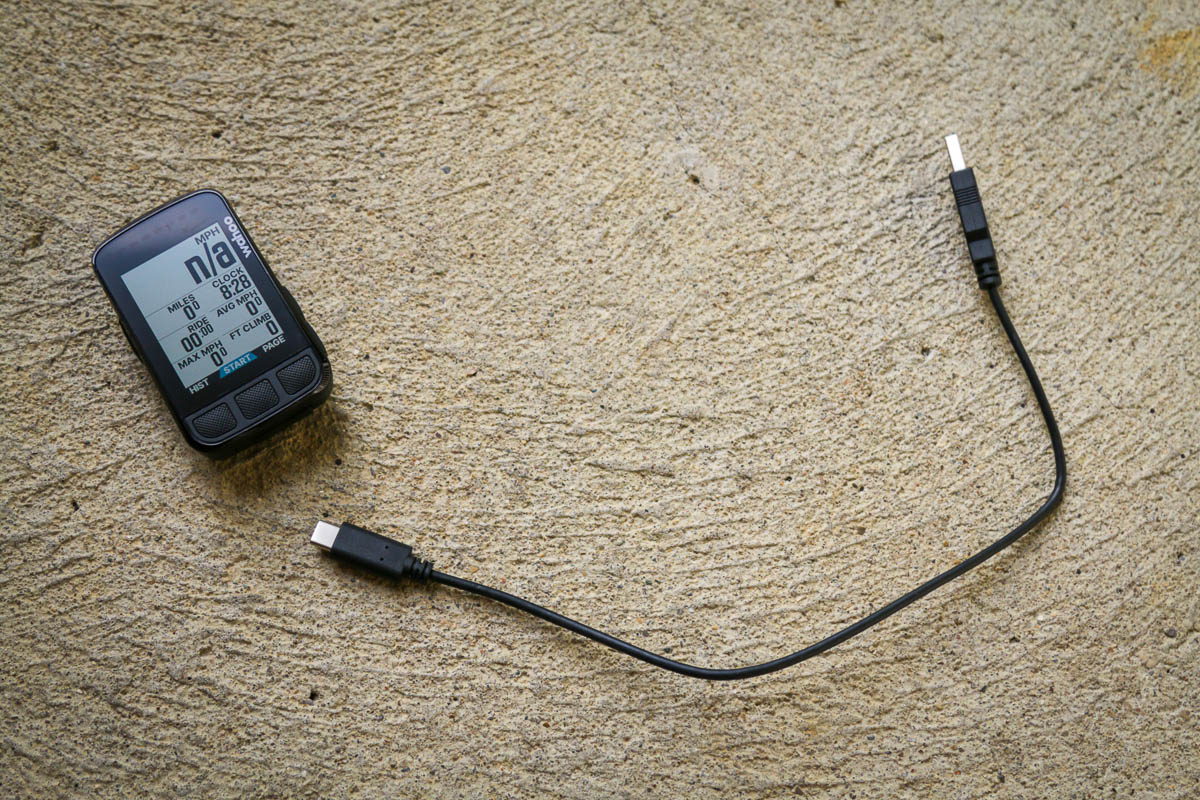 The BOLT’s charging has improved as well, moving to USB-C for faster charging. Run time is claimed to be 15 hours using the internal lithium ion battery. 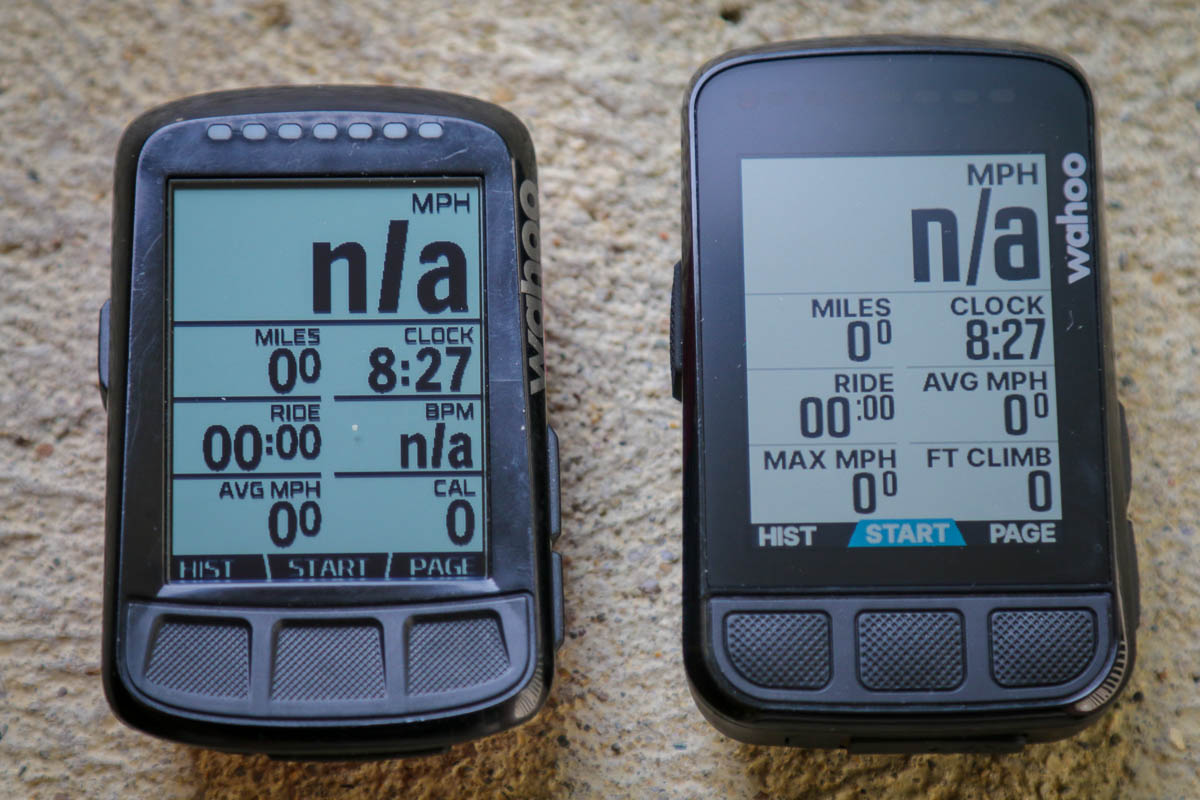 Compared to the previous BOLT, the new one is slightly bigger and includes new buttons. The layout of the buttons hasn’t changed, but the three main buttons on the front of the computer are now raised instead of recessed making them a bit easier to access.

That slightly larger size means the mount is different, though the legacy BOLT mounts are still compatible – you’ll just have a slight gap between the mount and the computer. 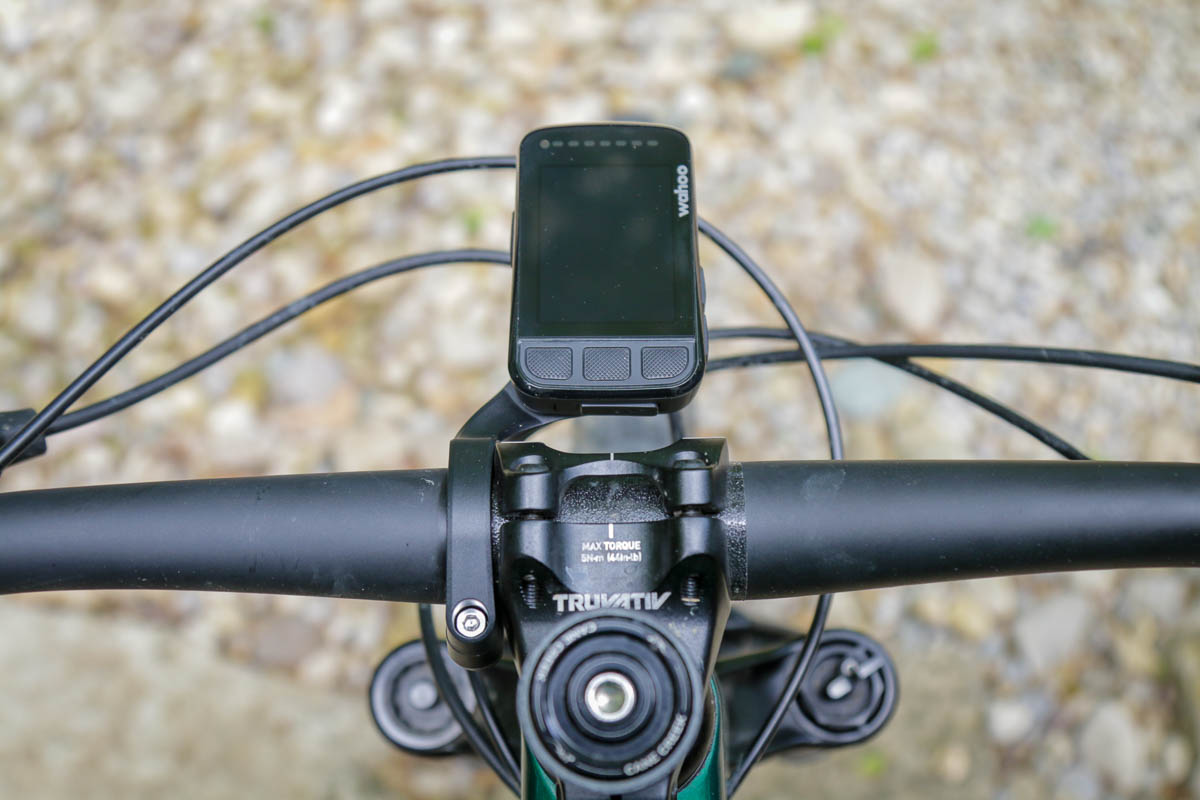 I also appreciate the fact that the included computer mount has more offset which makes it work better with wider stems. It’s still not perfectly centered on the Truvativ stem above, but it’s better than the previous version. The included mount on the new BOLT is still plastic with the option of locking the computer in place with a tiny screw. 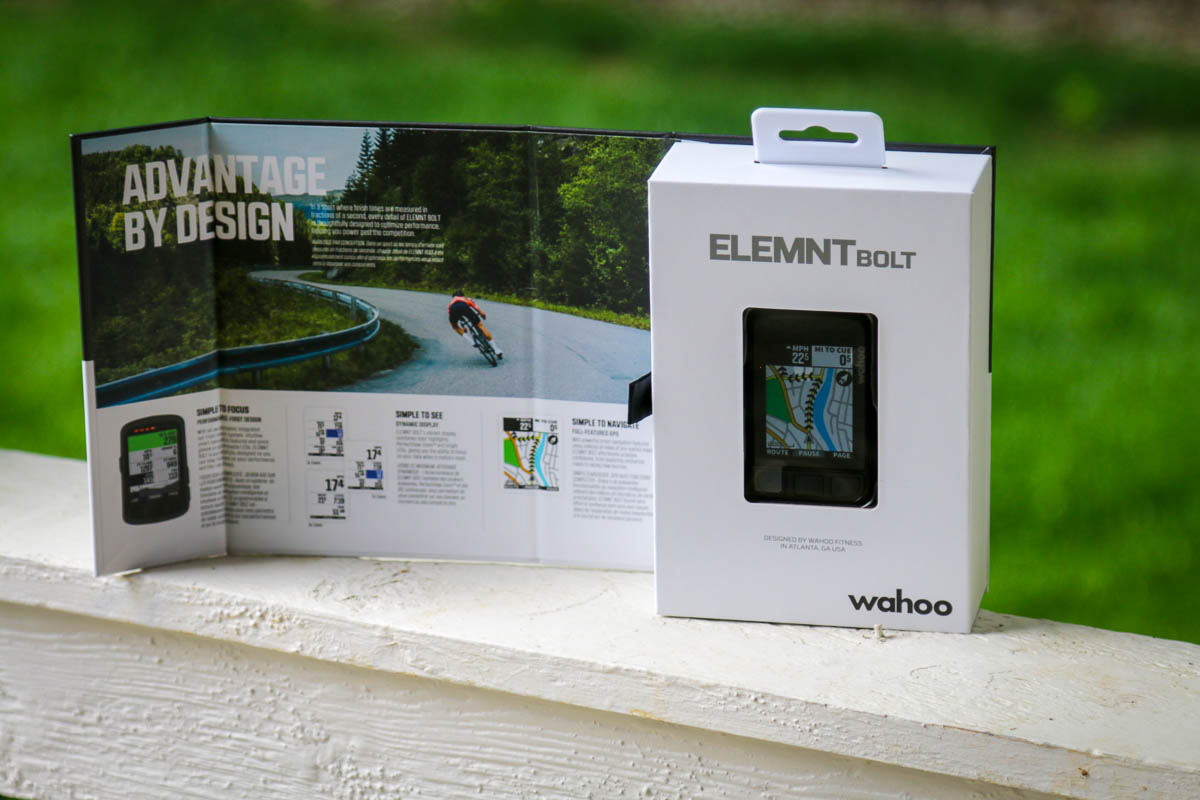 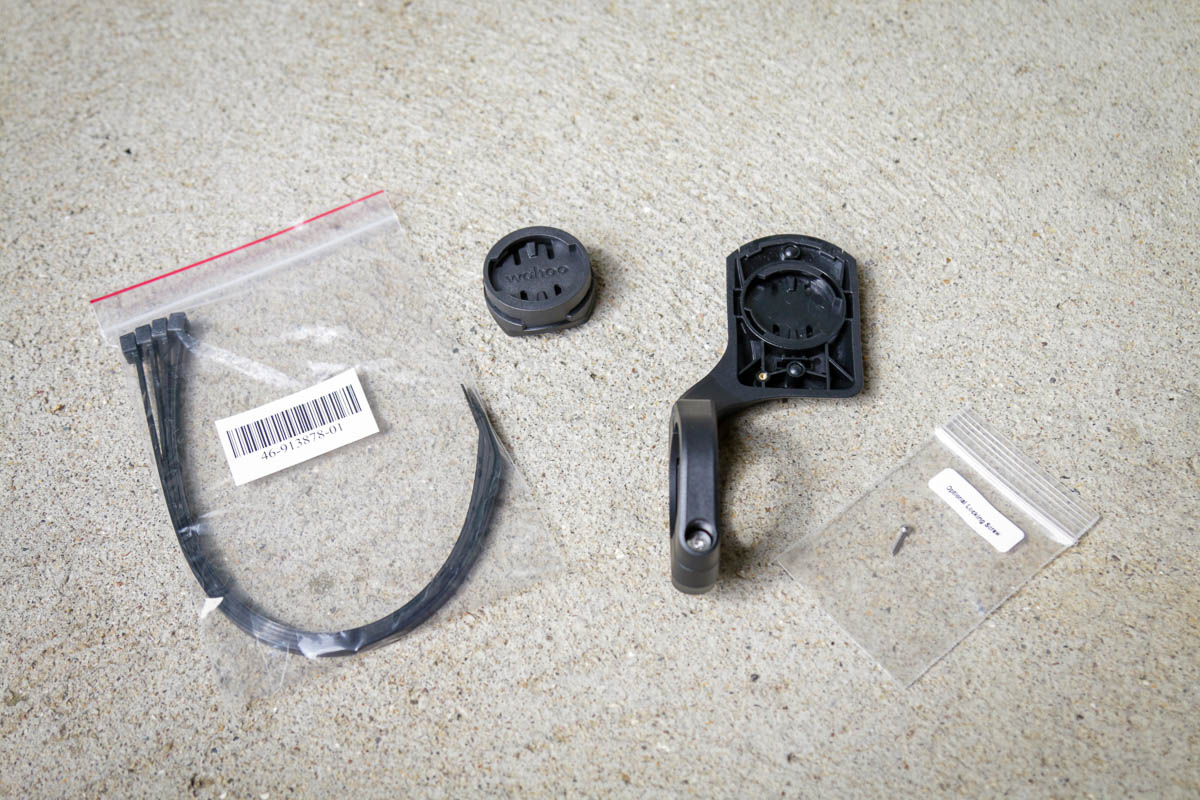 In the box you’ll find the computer, an out-front mount for 31.8mm bars, a stem mount with zip ties, and the USB-C charging cable. The price is set at $279.99, and the new BOLT weighs in at 69g – just 8g more than the previous version. Available now.