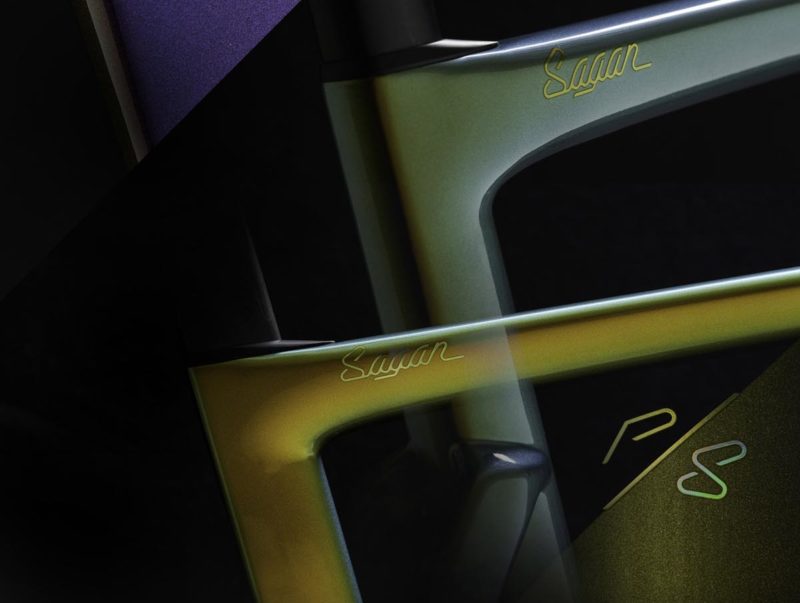 Apparently, it’s already time for Peter Sagan’s fourth collection from Specialized. As a man of incredible talent on the bike and style all around, Sagan worked with the Specialized team to rethink the colors of winning jerseys with the latest in paint technology from the automotive world. 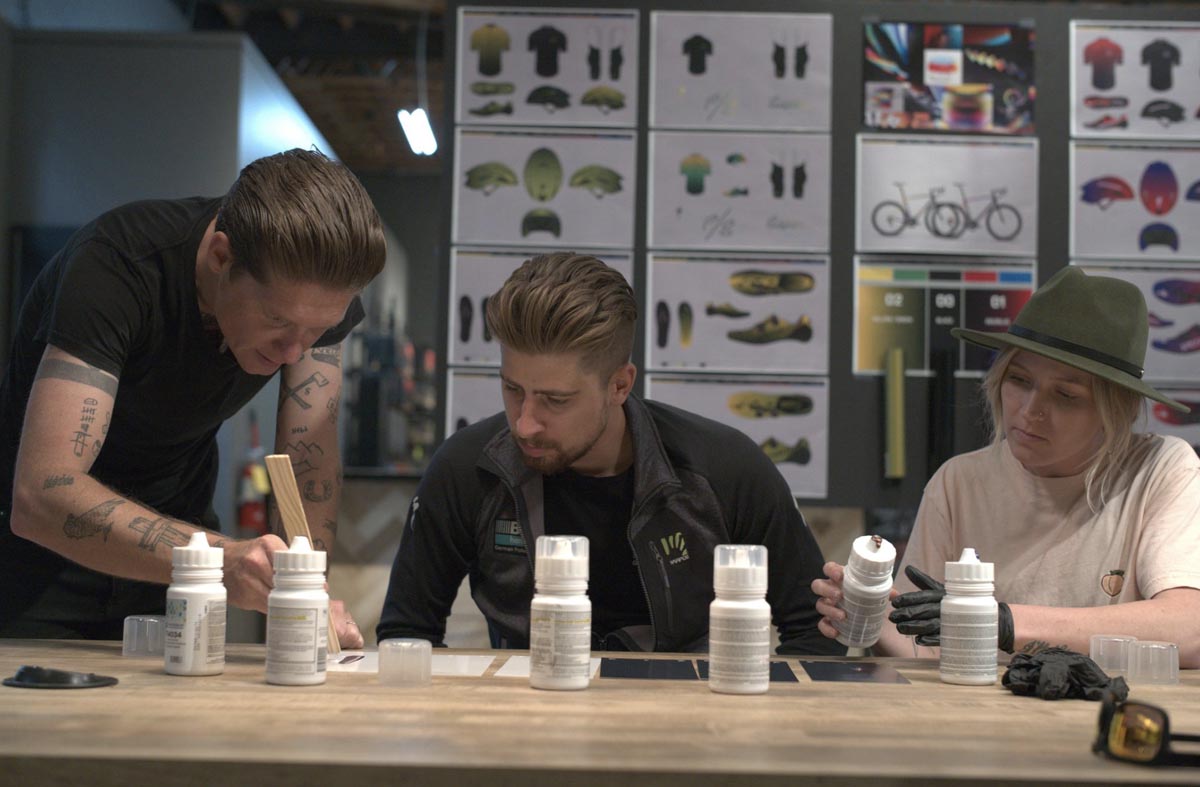 According to Specialized’ Erik Nohlin, Design Leader of Equipment, “Deconstructivism literally translates to the breaking down, or demolishing of a constructed structure, whether it being for structural reasons or just an act of rebellion. Peter Sagan is the deconstructivist rebel that contemporary professional cycling needs.” 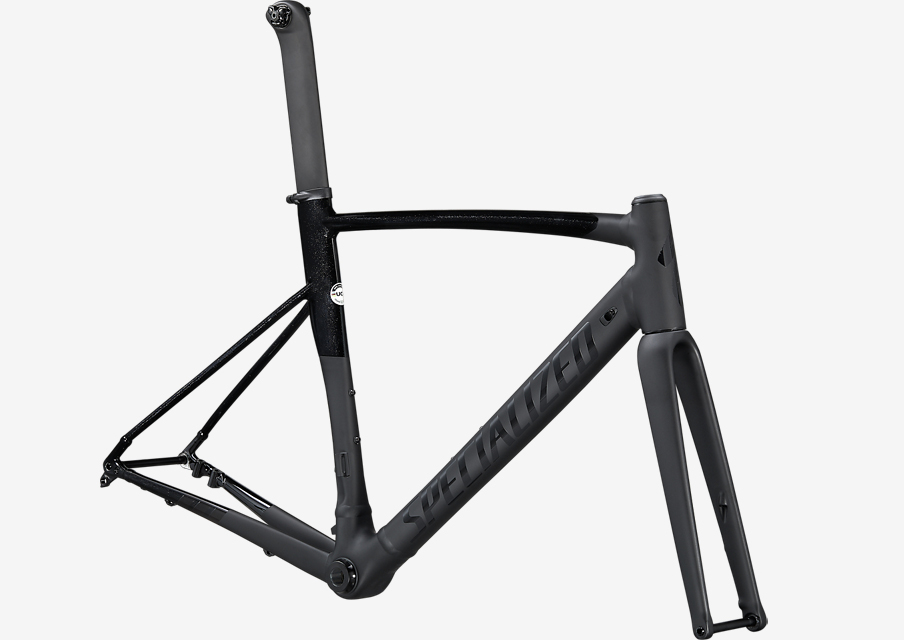 What does that mean for the finishes themselves? Specialized says that the chameleon paint jobs on these bikes are “born from electroplated metal foil, vaporized by air to create microprisms, each reflecting back light at the density of their own color. It’s these micro particles that create the shift in colors and illusion of movement, the perfect manifestation of deconstructivism.”

Or to put it another way, an Allez Sprint Disc frameset that appears black, but get it in the right light and all of a sudden a wave of green emerges symbolizing Sagan’s current Tour de France green jersey record. Price is set at $1,500 for the frameset. 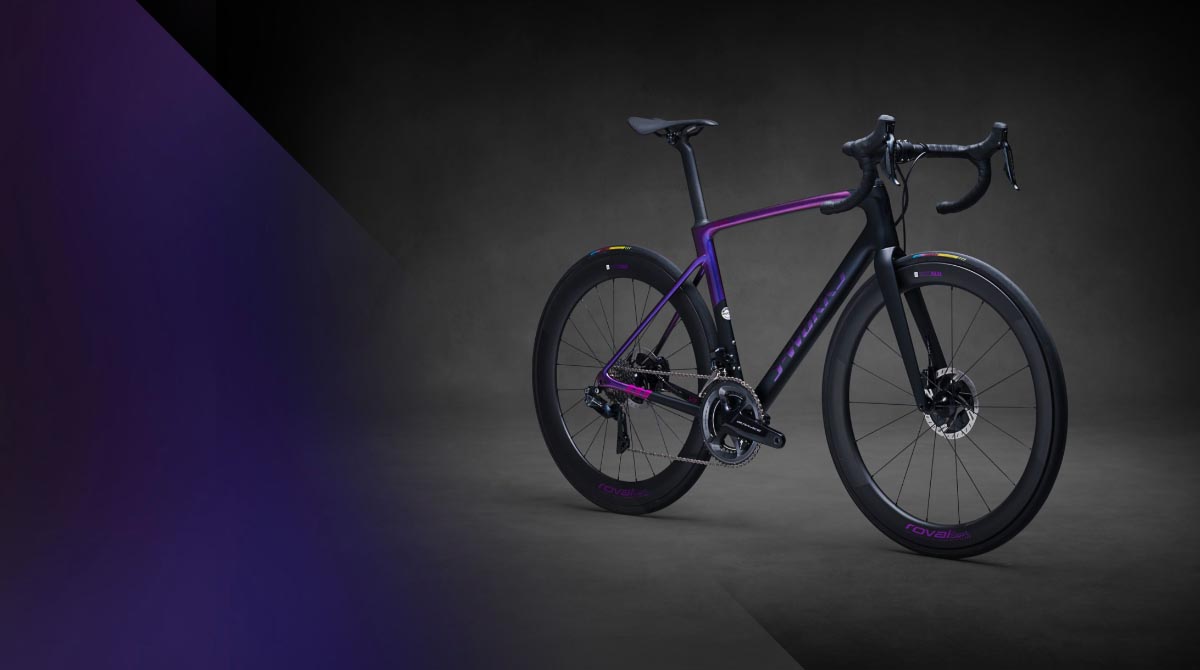 On the Roubaix, red becomes blue with a limited run of just 100 bikes. The S-Works model is priced accordingly at $12,500. 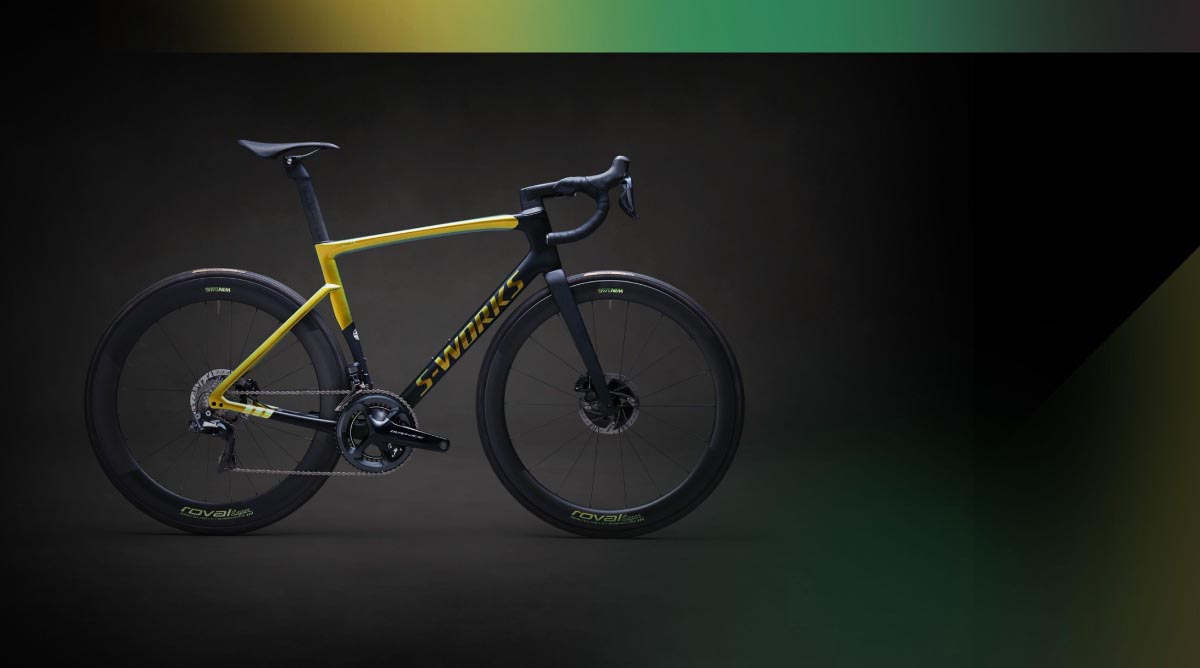 For the new Tarmac SL7, Green becomes Yellow with a matte black counter. On this one, there will be 300 Limited Edition bikes produced, sold in stores only. Another S-Works super premium build, this one is priced at $13,000. There’s also a Tarmac SL7 Sagan Collection frameset with a Team/Chameleon finish listed for $5,000. 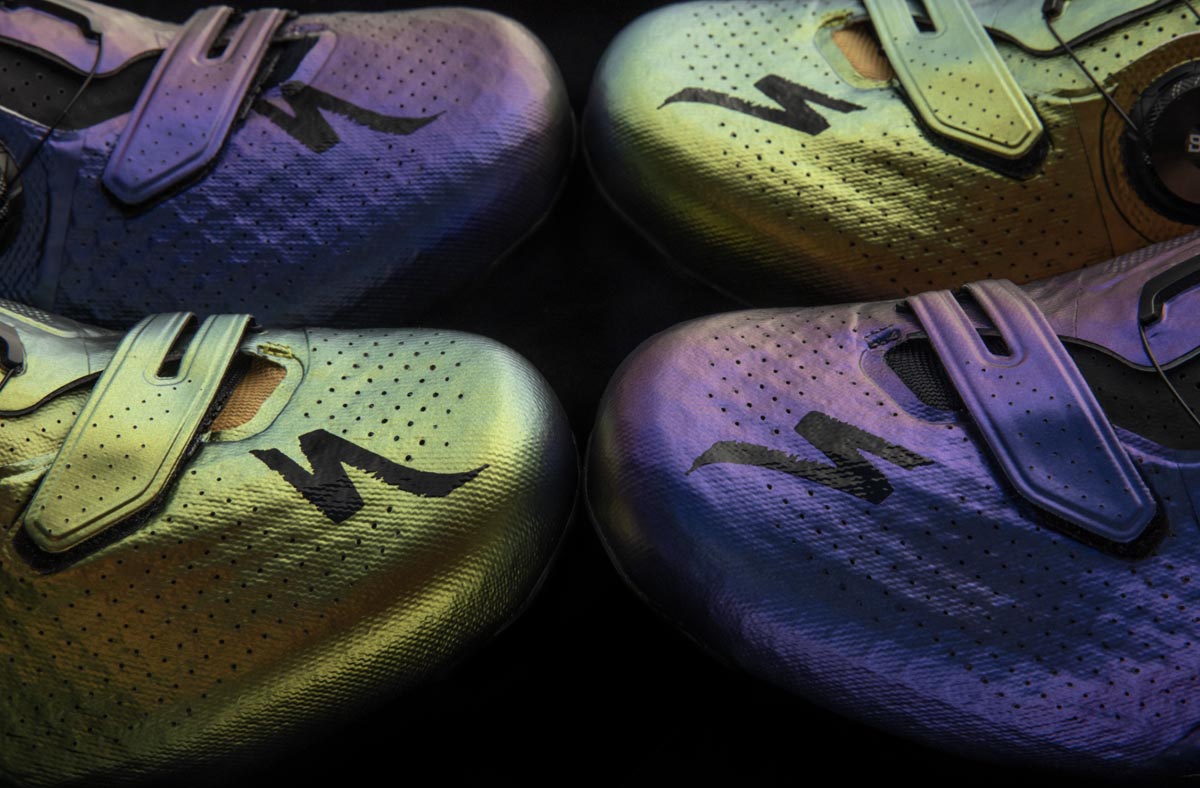 The colors expand to apparel and accessories as well with the S-Works 7 road shoes getting a matching green or red chameleon finish. 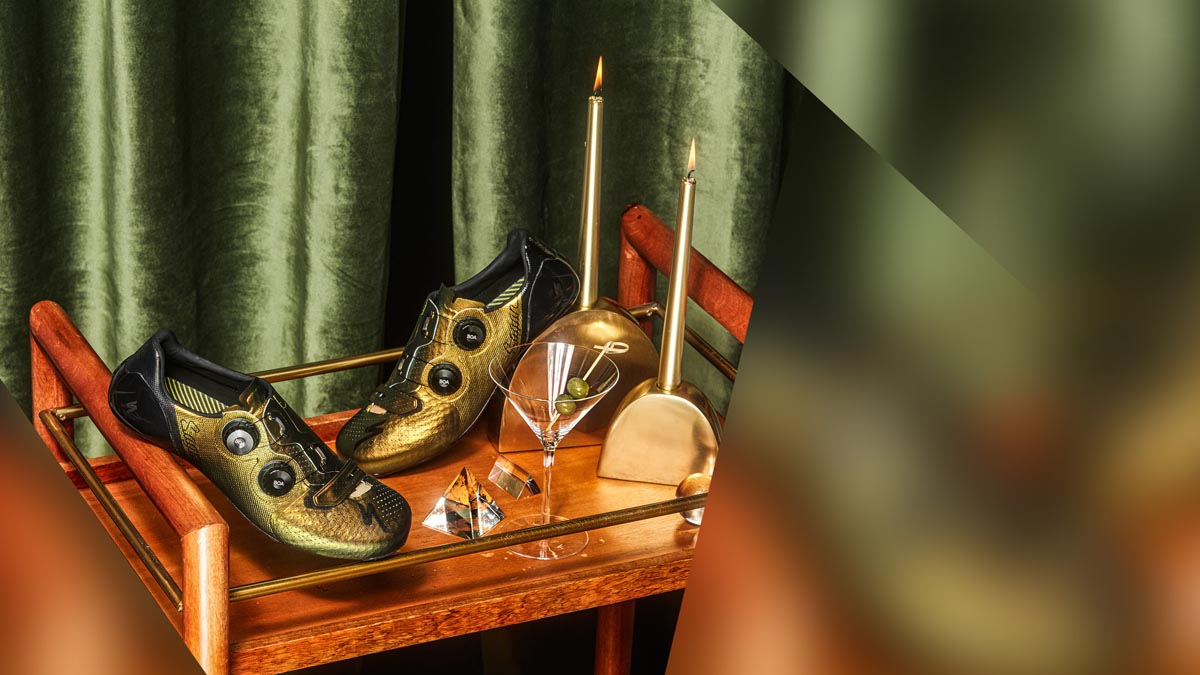 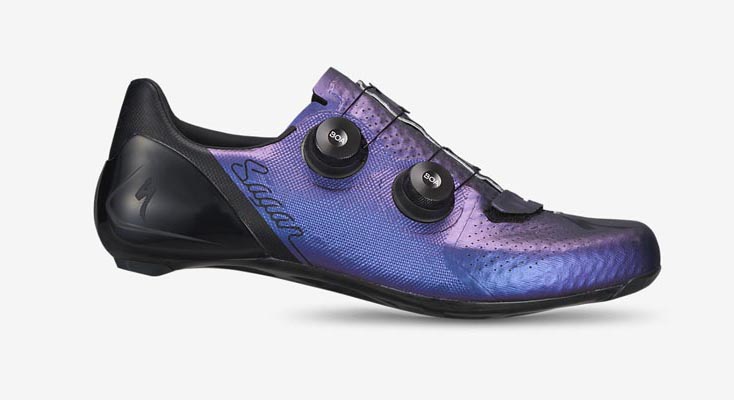 They also include a simple ‘Sagan’ on the side, just so you know who’s responsible for the wild colors. Both colors will sell for $400 per pair. 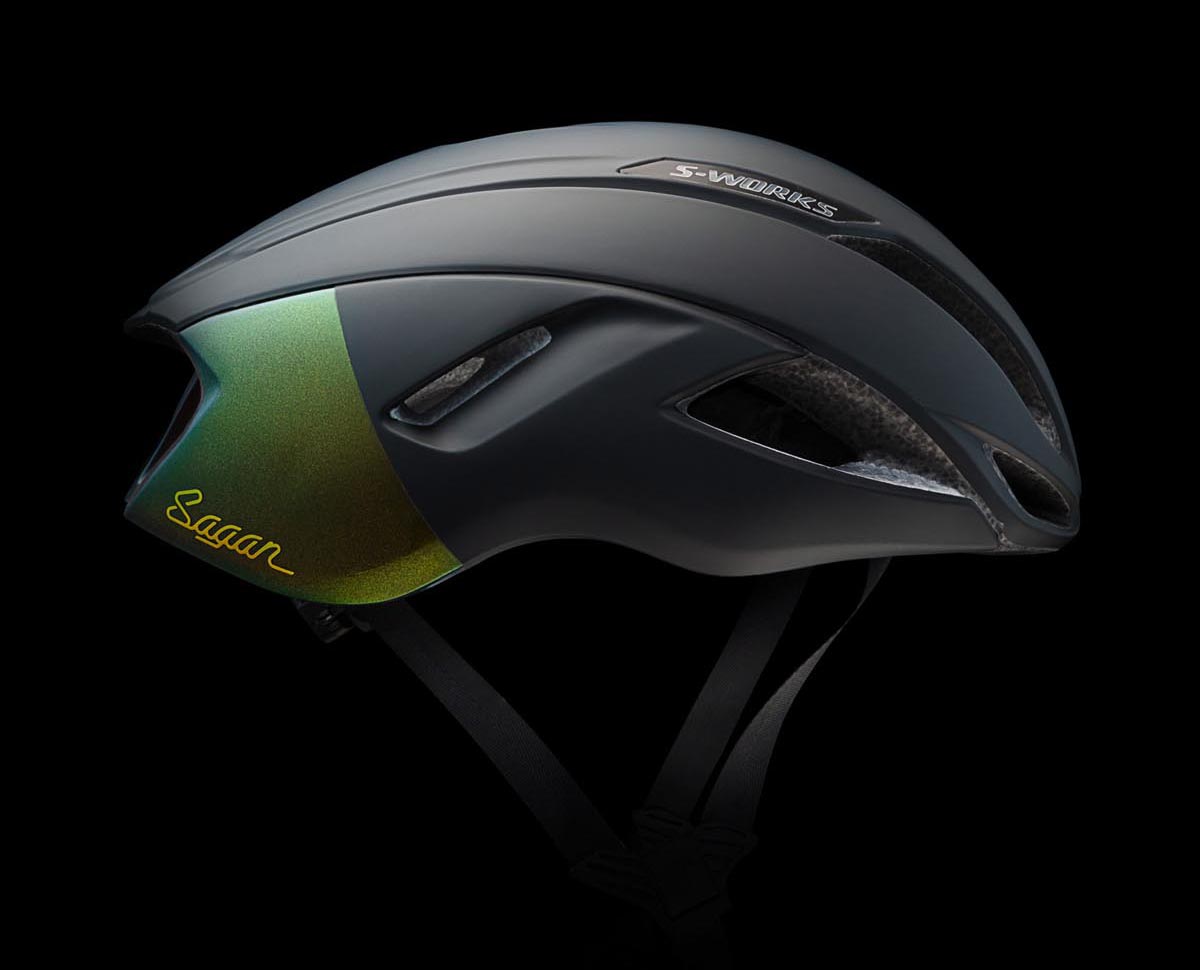 Of course, there are matching helmets too. The S-Works Evade with ANGi gets in on the Deconstructivism with green or red finishes. The red finish mirrors the layout of the green, with the matte black and chameleon panels reversed. Both are priced at $275.

You can match those colors all the way down to your bottle cages and bottle with matching Rib Cage II LTD cages and a Purist MoFlo 22 bottle. The cages are priced at $25, while the bottle is $12.

According to the release, apparel will also join the Sagan collection so look for that to be added soon.

Good grief. “Deconstructionism”? That’s…. it’s just not a thing. Derrida and De Man are both rolling in their graves.

Sorry—Deconstructivism. Also not a thing for the same reason. I love it when the marketing department gets jealous of the literary theorists and starts inventing stuff. Pathetic.

Even though you’re right about him being wrong, I love the hubris and irony of misspelling your reply.

Spare me the bull. This is in the ballpark of that “Campy is Punk” crap.

Sorry but I disagree with that comparison. Campy is pretty punk in respect to it’s virtual vacuum of spec in the US and the rabidness of it’s (small) American fanbase. This just looks like Supacaz, maybe a quiet “atta boy” to his sons’ success. Imitation is the sincerest form of flattery.

Deconstructivism??
“…Literally translates to breaking down…”??
Are you serious, Specialized? Reading through this article, I’m almost persuaded that Peter Sagan is suffering from depression and that Specialized are making a point out of it with this colour scheme.
After last year’s Overexposed-Underexposed Sagan paint jobs, where we learned that he is suffering from a bi-polar disorder… this is just wrong.
I now live in fear as to what next year’s Sagan paint scheme will reveal in his “character”.
Don’t get me wrong here. I think Peter Sagan is a great cyclist whom I admire very much. He was even born in the same coountry as me, back in the day when it was still the same country. And I think the frame colours are stunning. But underneath that “electroplated foil, vaporized by air to create microprisms”, I feel that it doesn’t paint a compliment for Sagan at all.

Some alright paint schemes, but overall this is very cringe.