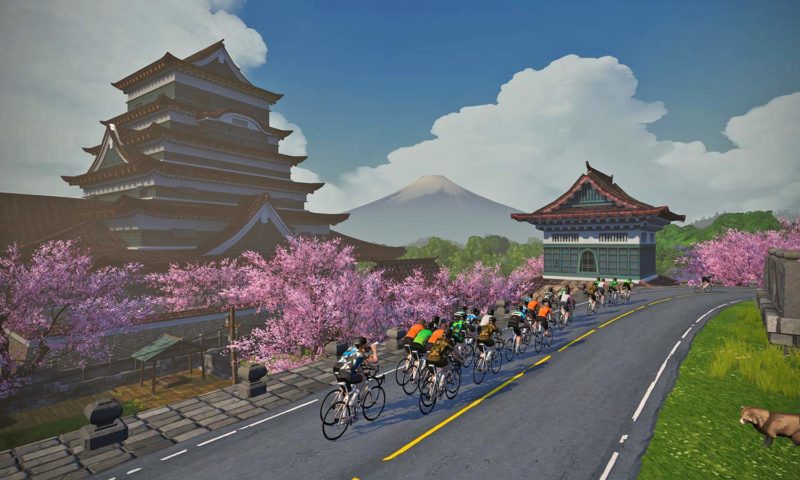 Zwift has a whole new world in the works, with the fantastical new Makuri Islands delivering a fresh new destination to train indoors on your own, or to ride virtually with friends.

First up in the new fictional locale is an all-new Yumezi course. Inspired by historical Japan, it includes everything from dirt tracks to smooth mountain tarmac roads, plus a trip through the cobblestone streets of an old village and even some mythical creatures along the way. 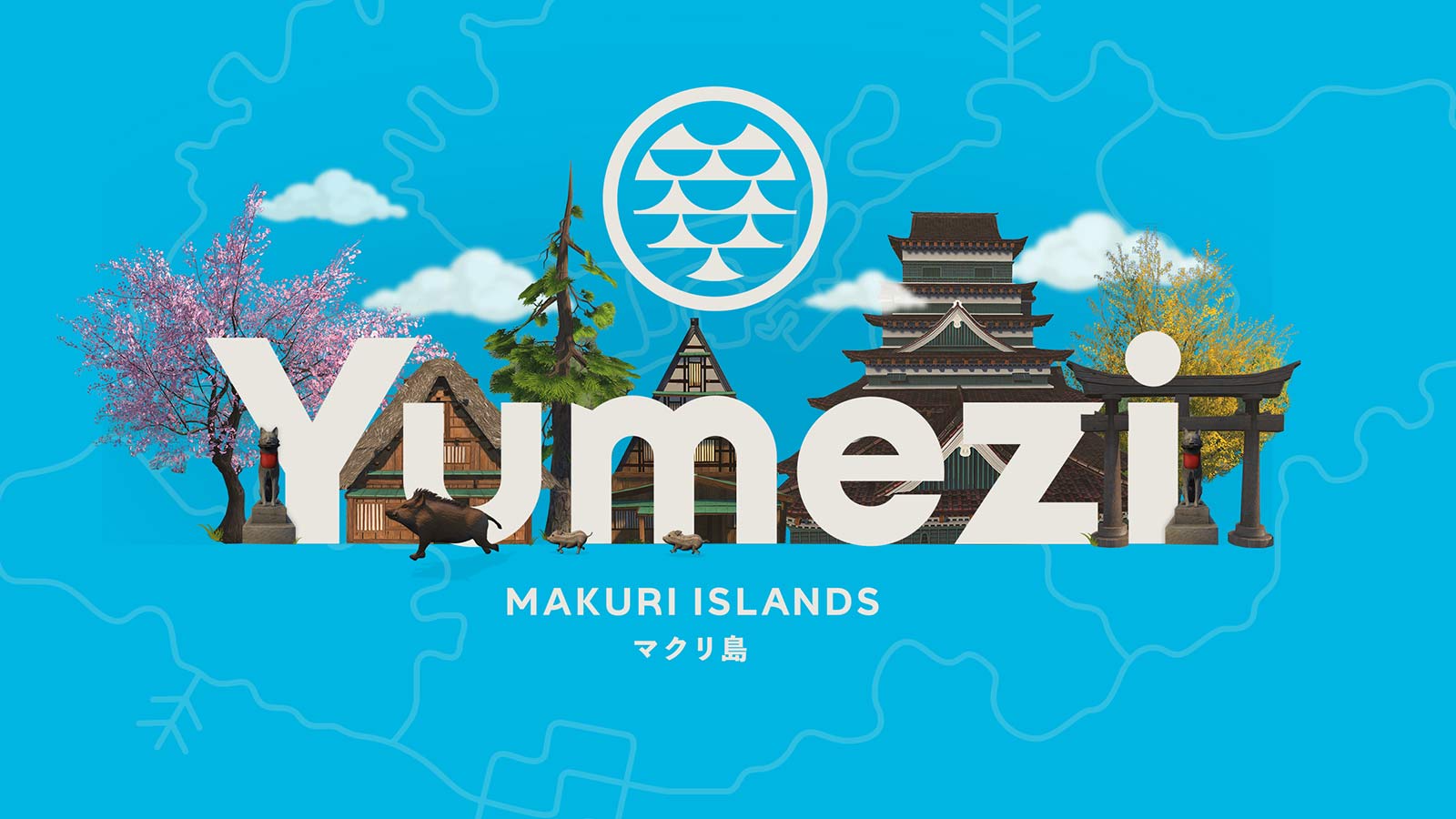 There’s plenty of tight, twisting tracks to explore in what Zwift calls the new Yumezi map. But it also hints of more to come as part of the larger, all-new Makuri Islands destination.

Just like Watopia before, Zwift locates their virtual worlds in sync with real locations so you can see them on social training sites/apps like Strava, with both of these on islands in the South Pacific. Watopia exists superimposed over the real Vanikoro in the Solomon Islands, while the new Makuri Islands appears to pop up on the 3x larger Nendö island.

(Thankfully, Zwift CEO Eric Min gave us a bit of a sneak peek via his Strava!) That suggests even more all-new virtual riding areas to come…

The Yumezi map appears to offer a broad mix of twisting, flat & hilly tracks, plus a couple curious stubs, a probable town center, and a possible crit circuit.

Zwift describes Yumezi (yu-meh-zi ᐧ 夢路), which means path to dreams in Japanese, as a map area composed of 8 new routes for a total of 87km/54mi: 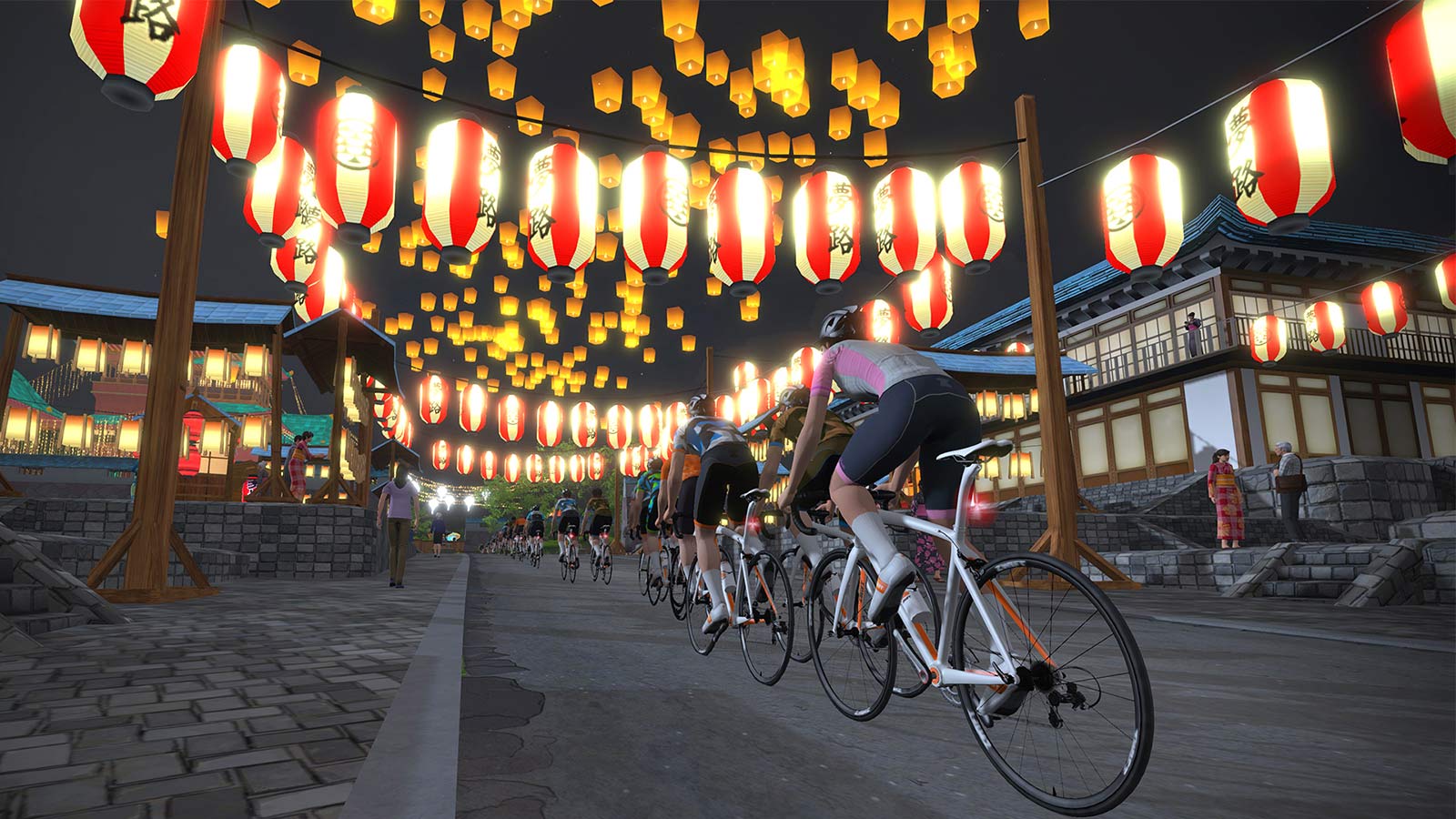 The new map area also has given us a rare behind-the-scenes look at what it takes to create a virtual riding environment, revealing more of how building structures are formed, just like the terrain you’ll virtual ride on. 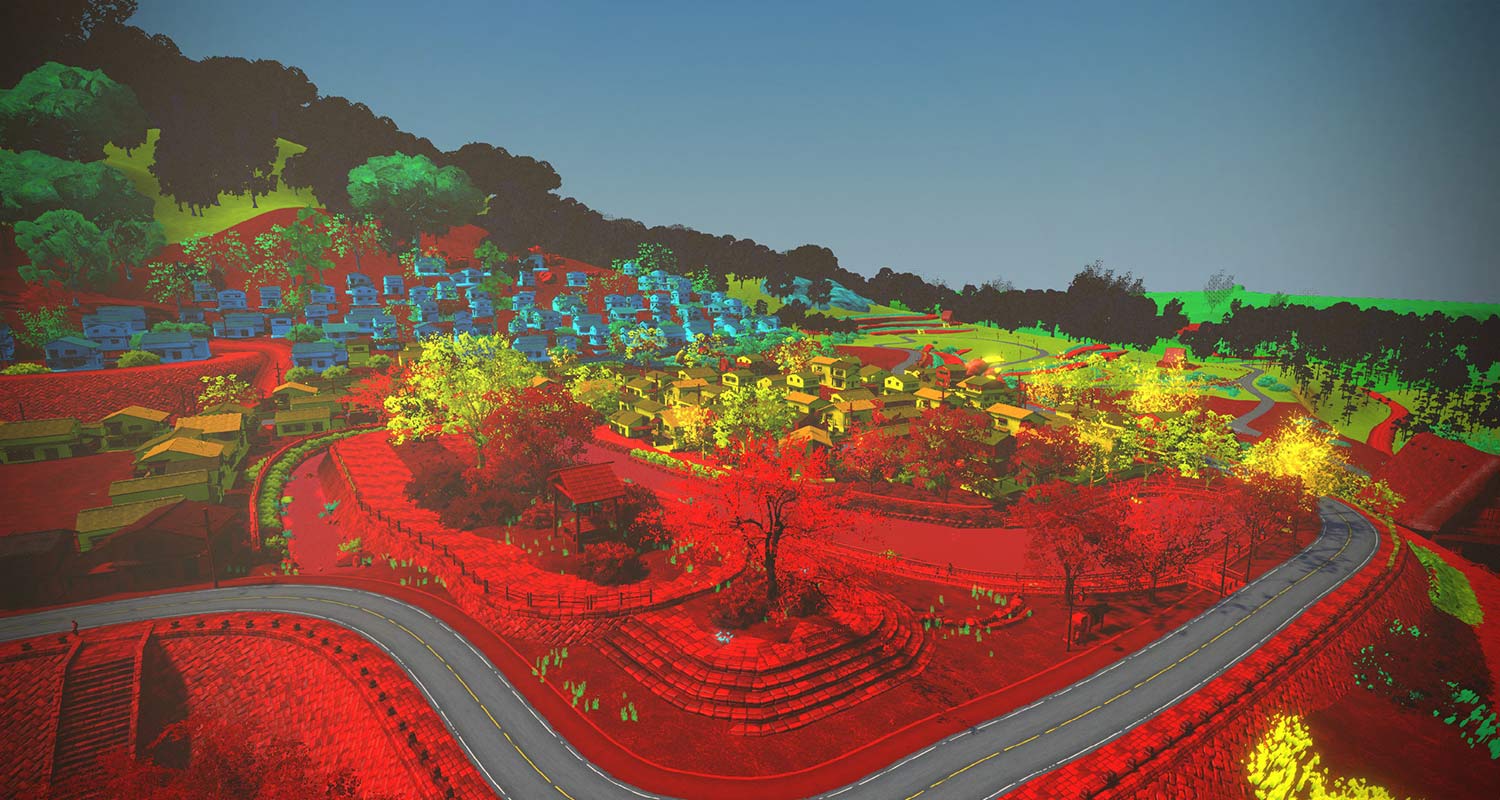 Zwift shared a bit of the wireframing, core modeling, texture mapping, and even hints at character animation that went into creating the immersive virtual environment for cyclists. 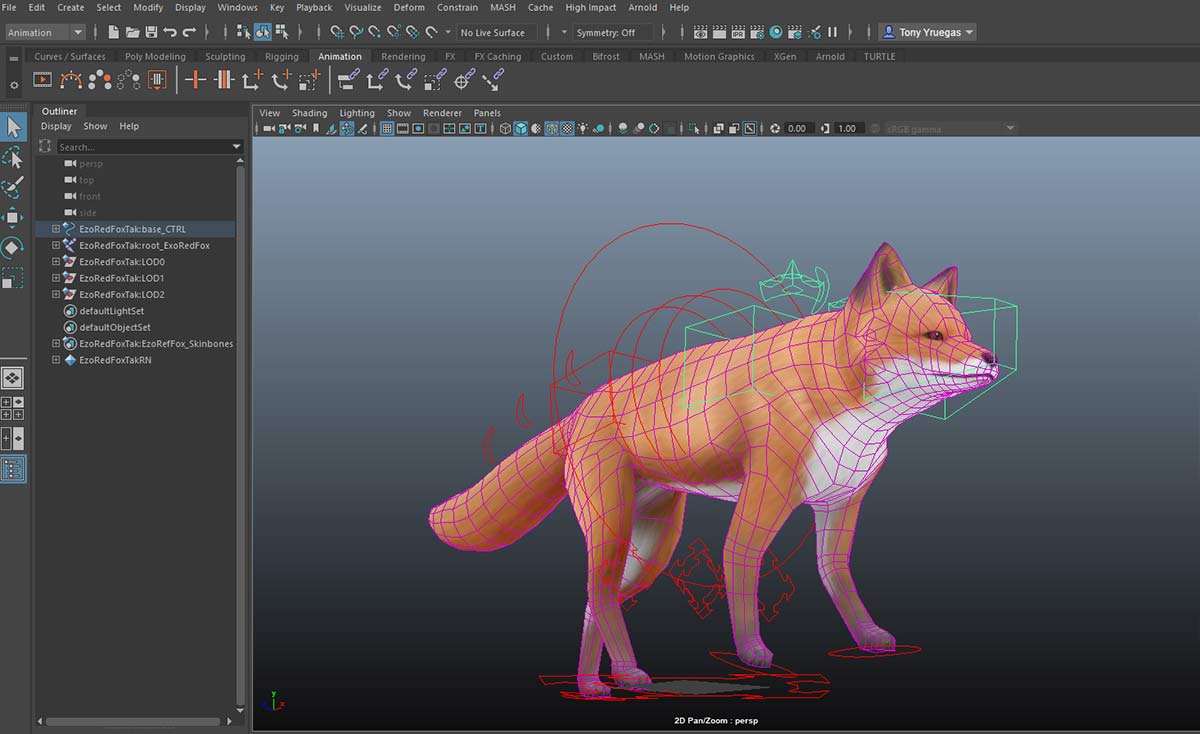 There also seems to be a lot of interesting wildlife hiding in the new update. We’ve already spotted at least some squirrels, wild boar, and this red fox animation still. We’ll be curious to watch for them during out indoor winter training rides. 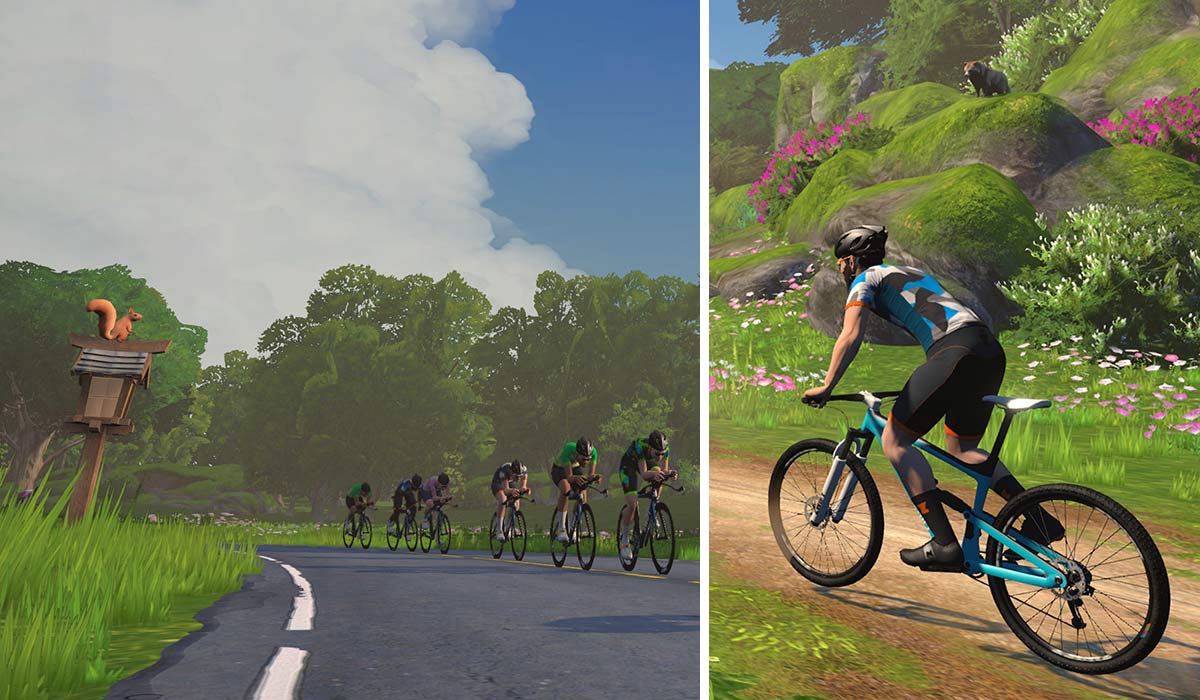 Plus, we’re pretty sure that’s a legendary tanuki Japanese raccoon dog in the rocks out on one of the mountain bike rides. Hopefully, Zwift has taught them not to run across the road in front of us, or chase you down the virtual trail… 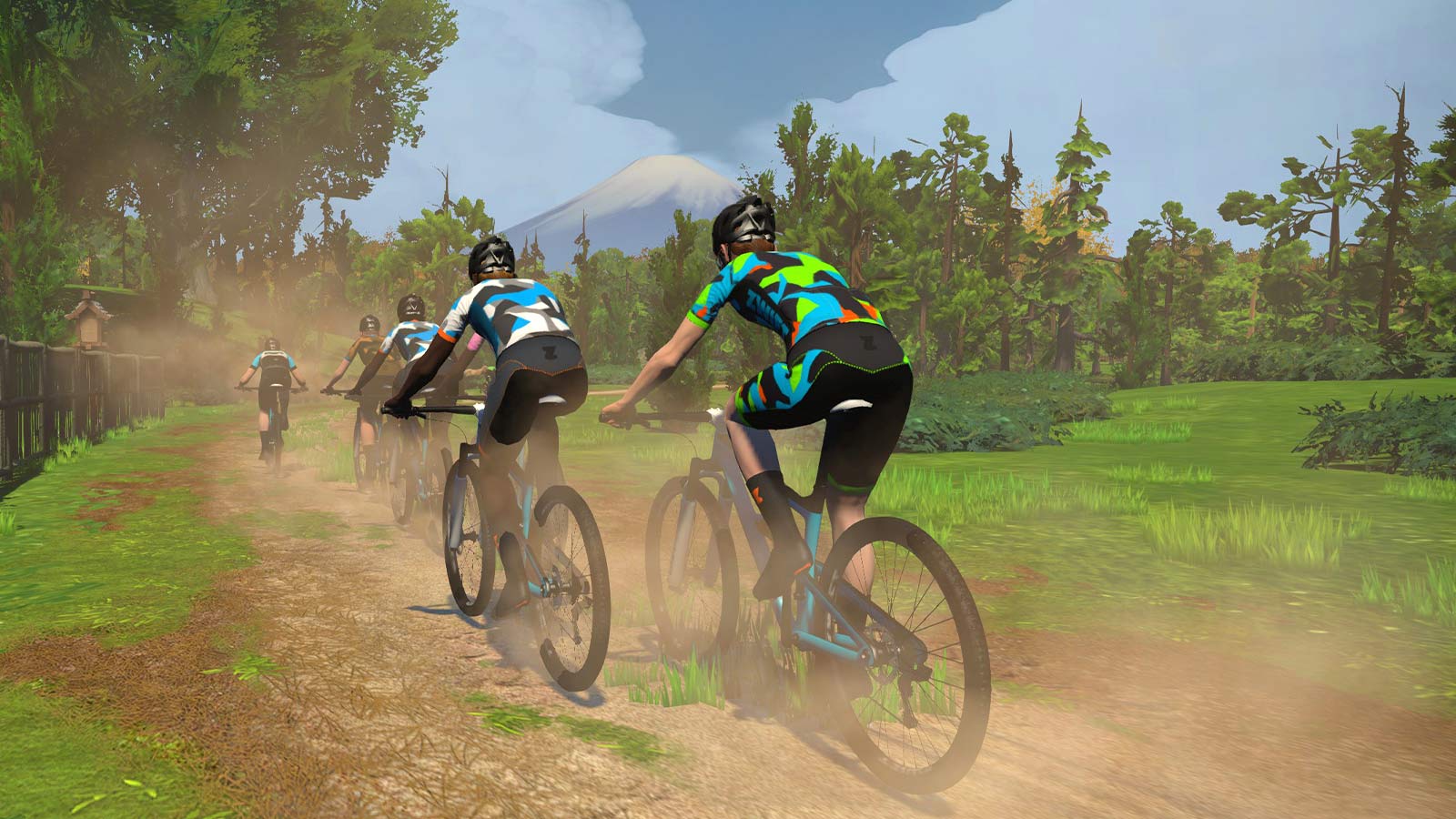 The fresh new Yumezi roads go public today, with the new Makuri Islands setting dubbed a special Guest World on the Zwift home screen for the rest of the month of May. Starting June 1, Yumezi will enter the normal rotation for your year-round virtual riding.

Find out more about the new Yumezi area, its map, and its backstory at: