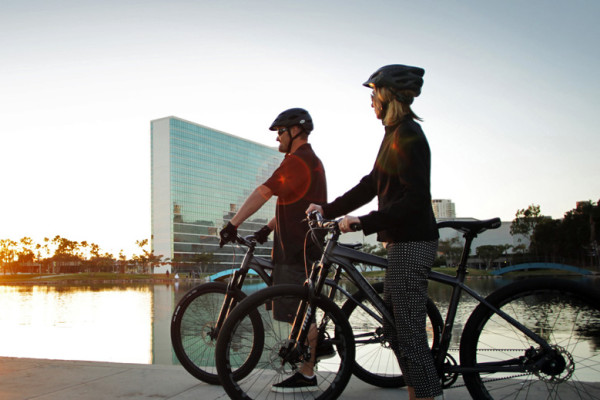 It’s only been about a month since we just took a closer look at the first bike and category shifting 27.5″ urban ride from Coastline Cycle Company. But now, as planned they’ve gone live with their One line-up over at Kickstarter. The range offers 5 standard builds, plus plenty of room for extras in a crowdfunding campaign running through the end of April. Get another close look at the bikes and details on pricing and forecasted delivery after the break… Now that their Kickstarter is up, there are several different rewards to get in on the deals. There are early bird specials on the most basic rigid single speed build (SSRB) from $1100, the premium rigid single speed (SSRX) from $1950, and the 8-speed internal (8SRX) from $2250. Plus a few more options that give you the chance to spec the frame to suit your riding style. Setup with Gates centertrack belt drivetrains turning either single speed or Alfine-8 hubs, the One also offers carbon rim upgrades and custom graphics. Other smaller backer rewards are offered too, but the complete bikes are forecast to be ready to ship out to early backers before the end of August 2016.