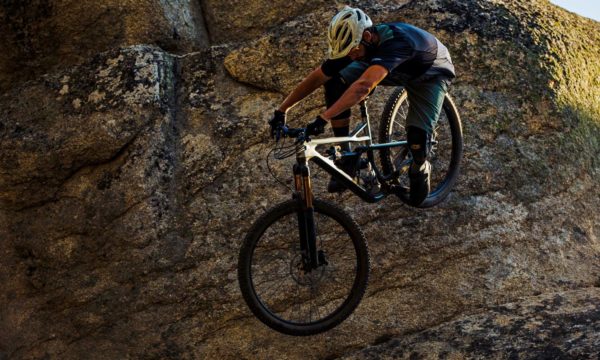 Growing on top of last year’s enduro revamp, the Jekyll family gets a big-wheeled sibling by way of the 2019 Cannondale Jekyll 29er. As an 27.5″ enduro racer, the Jekyll was refreshed with more aggressive trail geometry and a name-appropriate two-mode travel to either flow or hustle. Now a new 29er gets all the same Jekyll tech with slightly shorter travel and improved rollover. 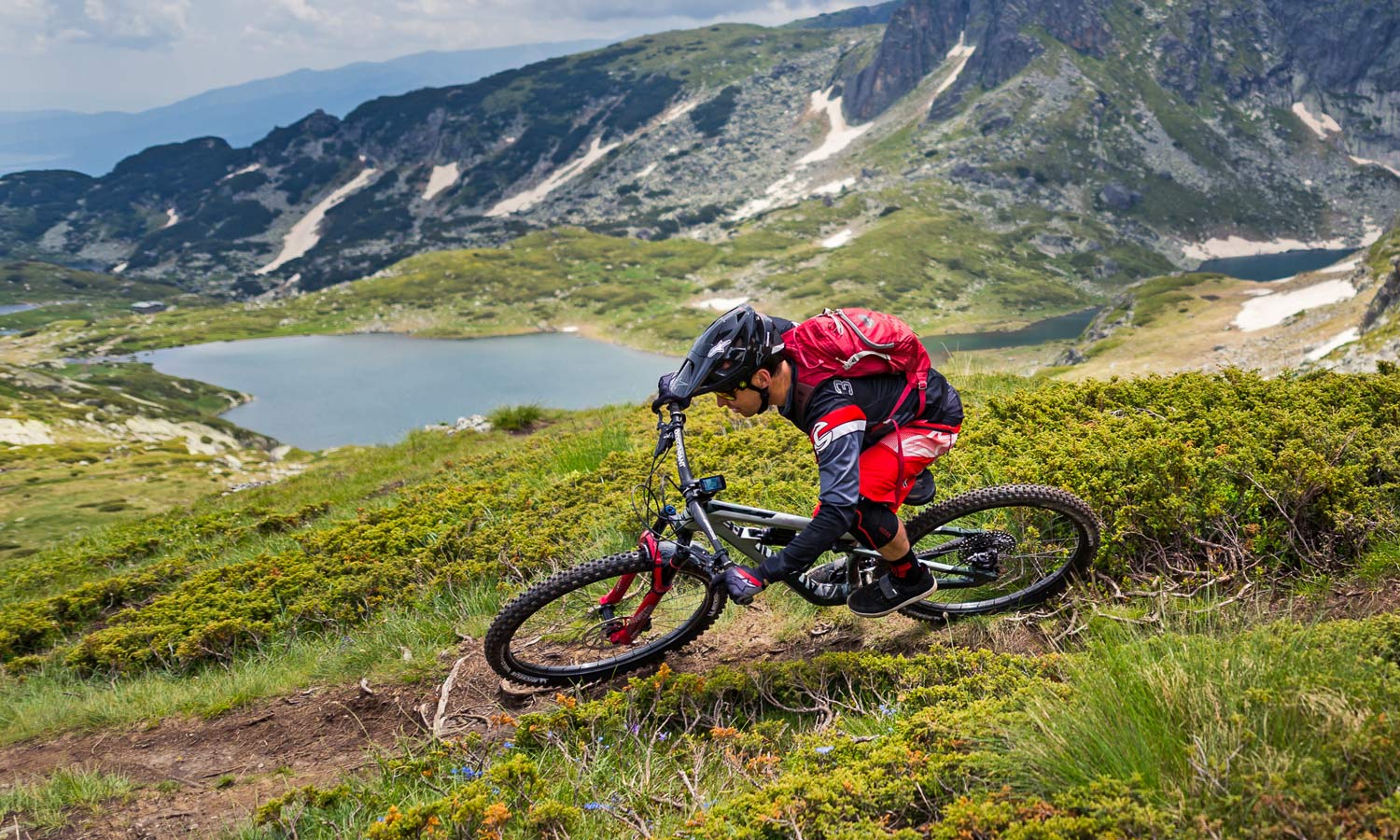 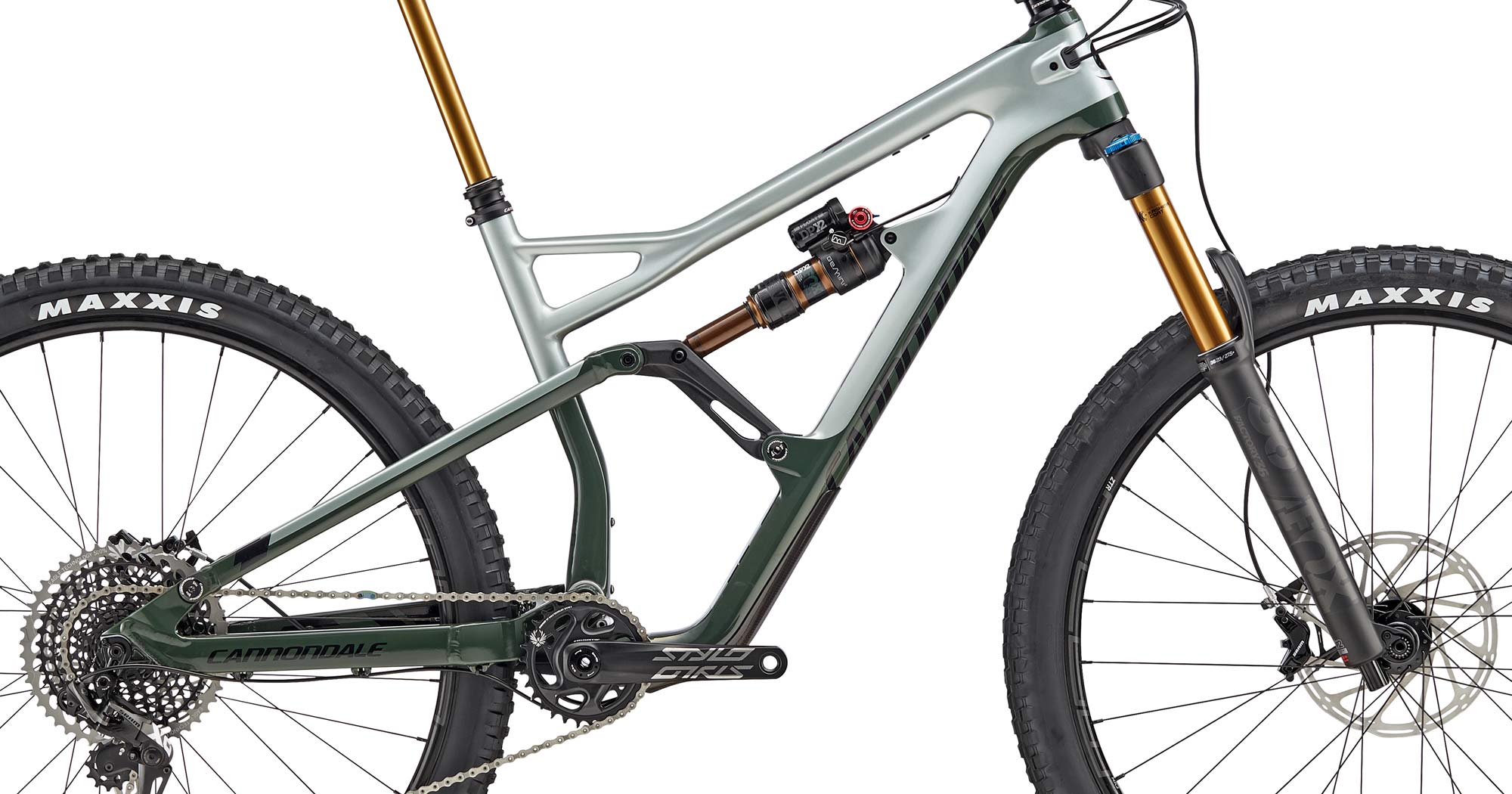 Interestingly the new 29er version of the enduro bike does not get a carbon rear end or linkage, instead using a SmartForm C1 Alloy swingarm, alloy seatstays, and a multi-piece welded alloy shock link. 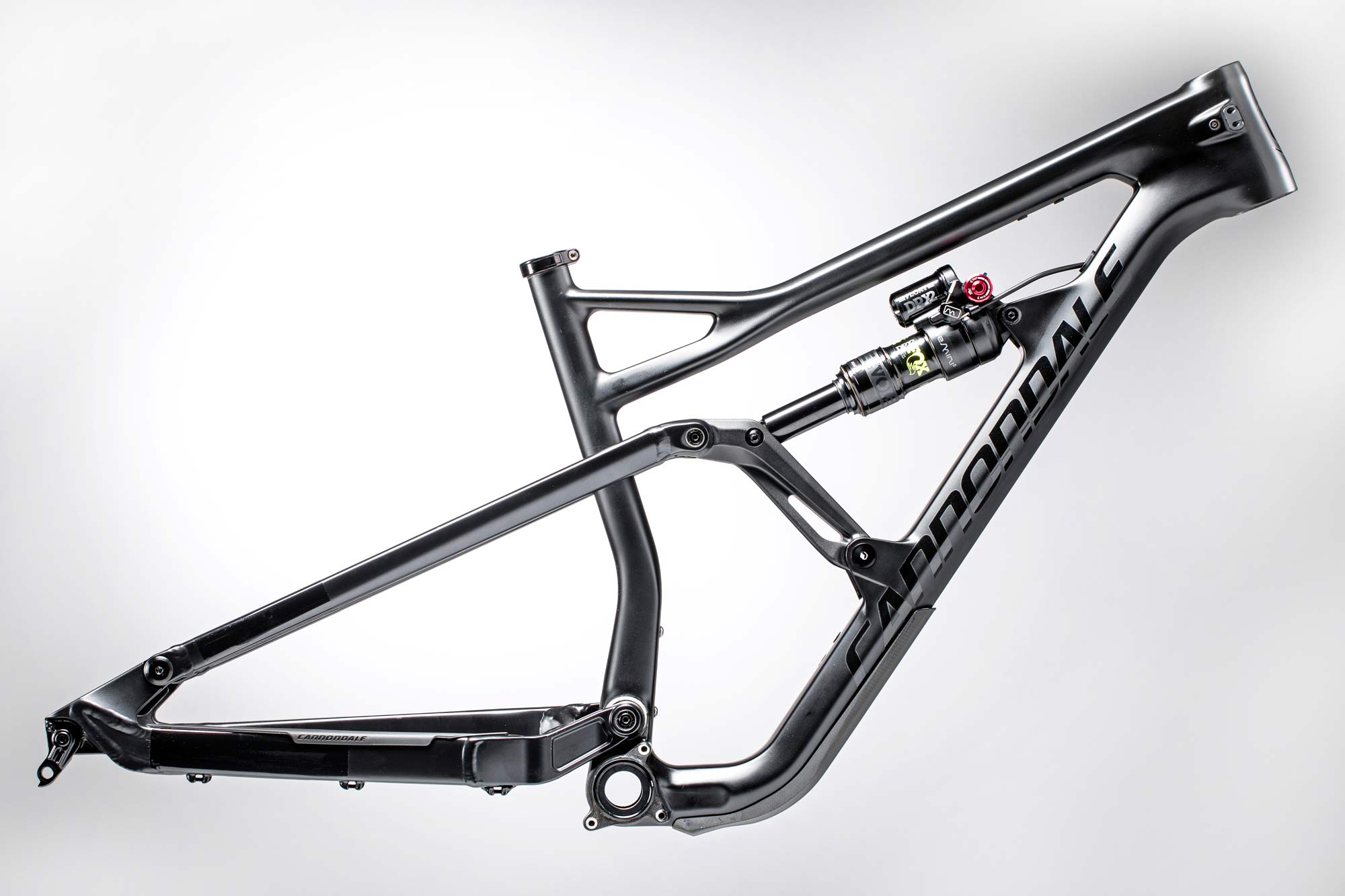 Suspension layout is unchanged for the 29er and uses the same high single pivot, faux-bar design with a long link driving the high-mounted shock (making way for a full-sized bottle beneath), all with stiff thru-axle pivots. Travel for the larger-wheeled Jekyll 29 is dialed back to 150mm in the longer Flow Mode and gets matched to the same 150mm of fork travel (vs. the 165mm frame/170mm fork of the Jekyll 27.5). 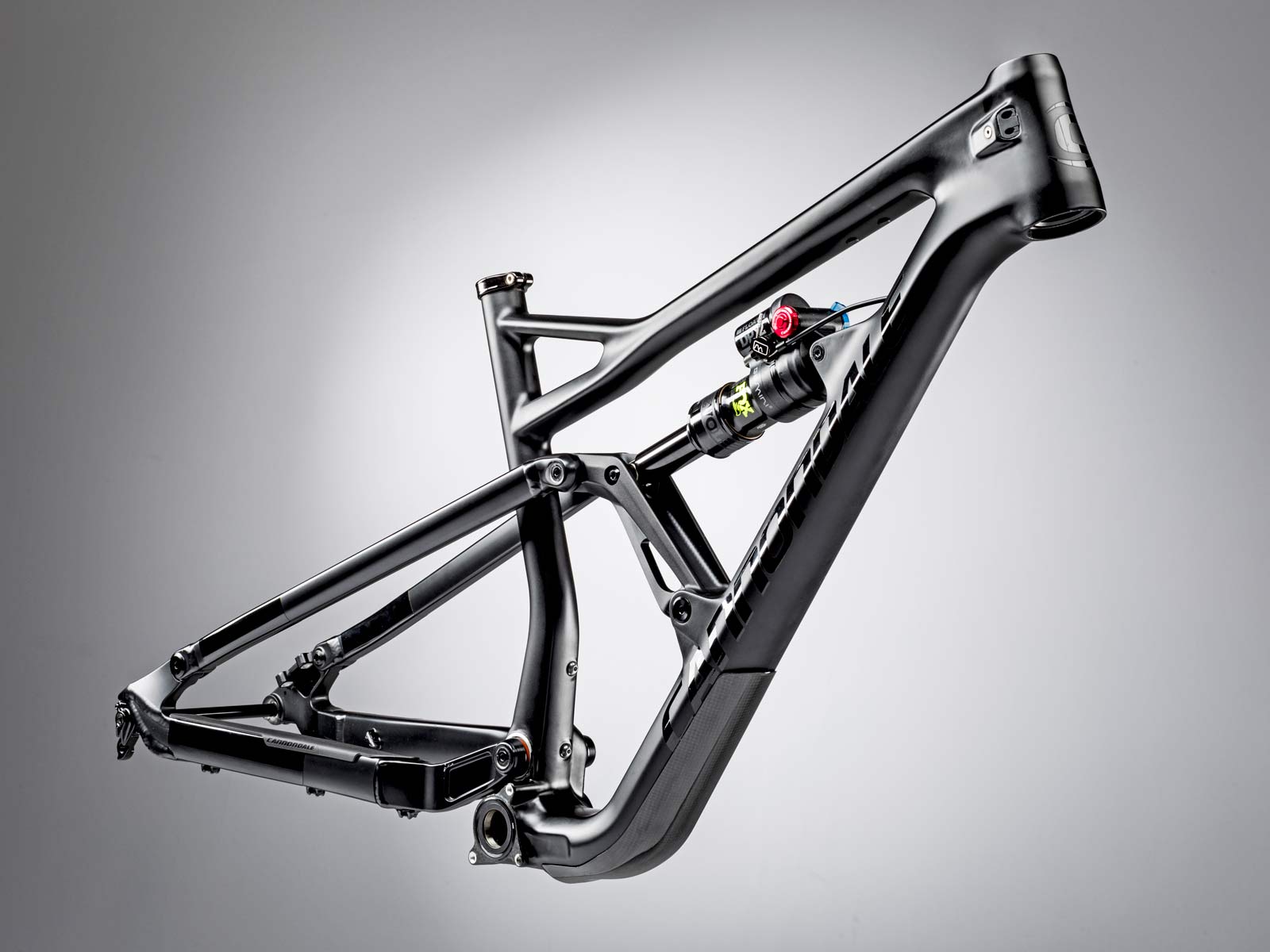 Of course the Jekyll 29 keeps that same dual-personality of its namesake, with the special Gemini dual-mode air spring system Fox rear shocks. Use the shock remote to pop the bike into Hustle Mode where it firms up to just 120mm of rear wheel travel for more efficient ascending. 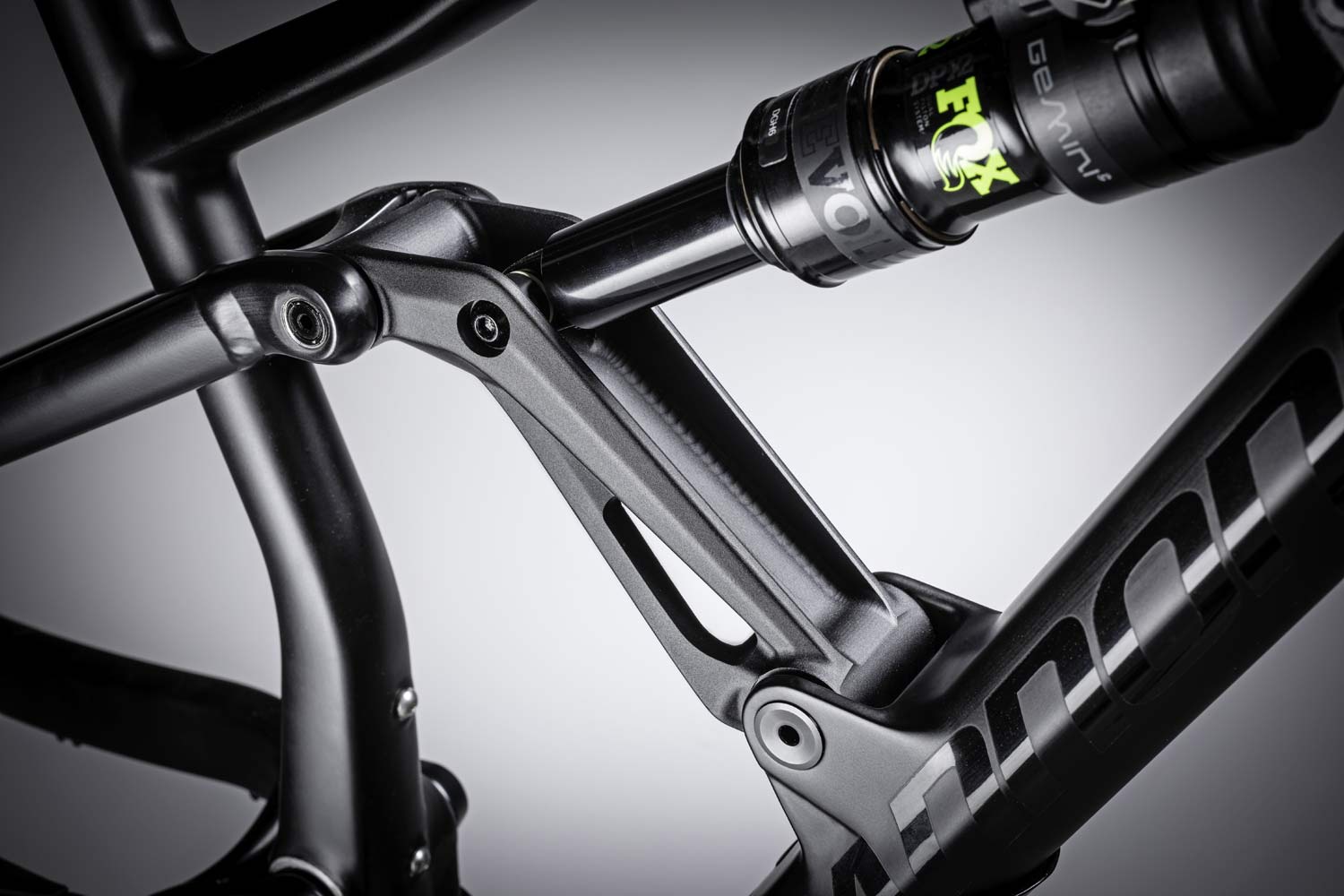 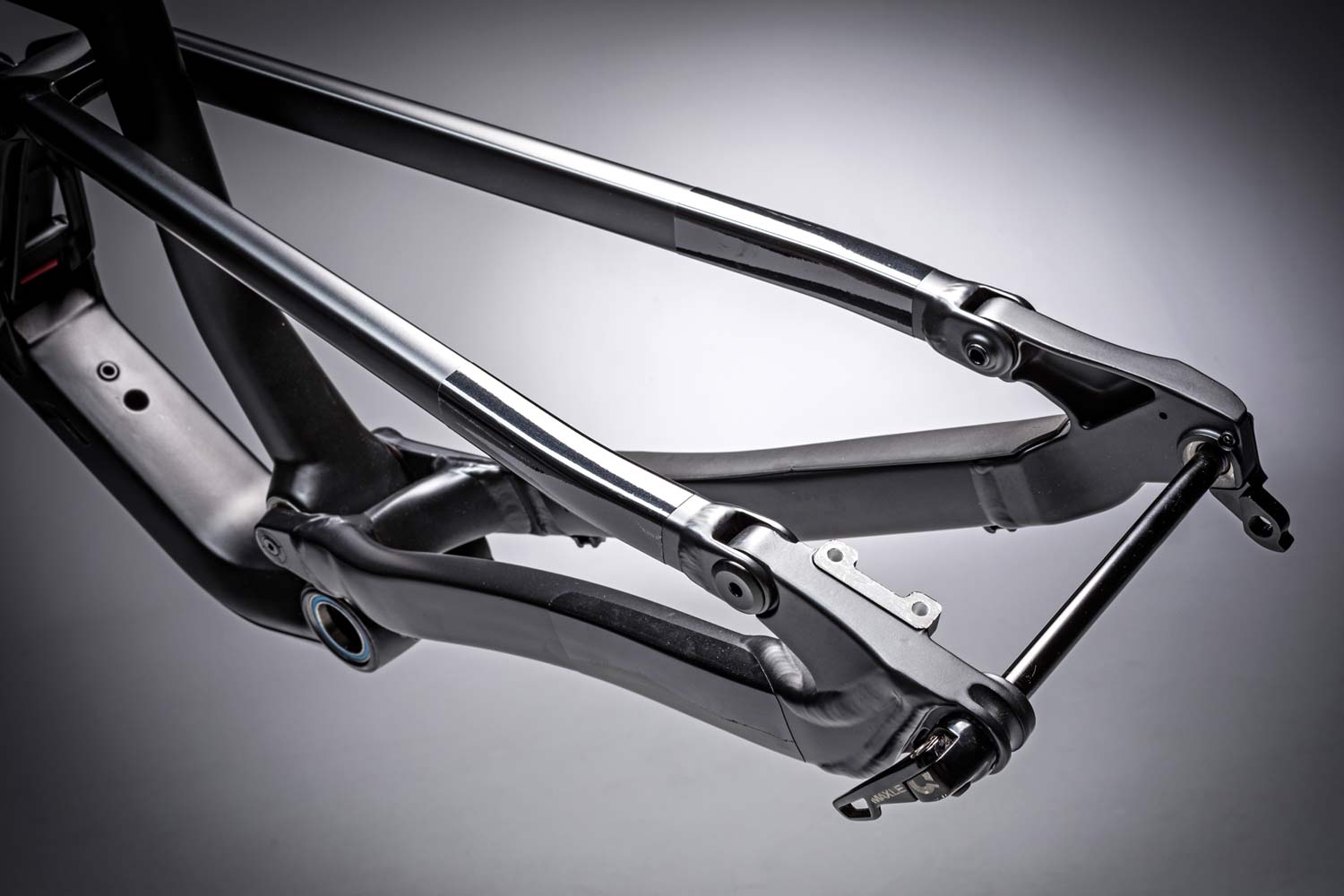 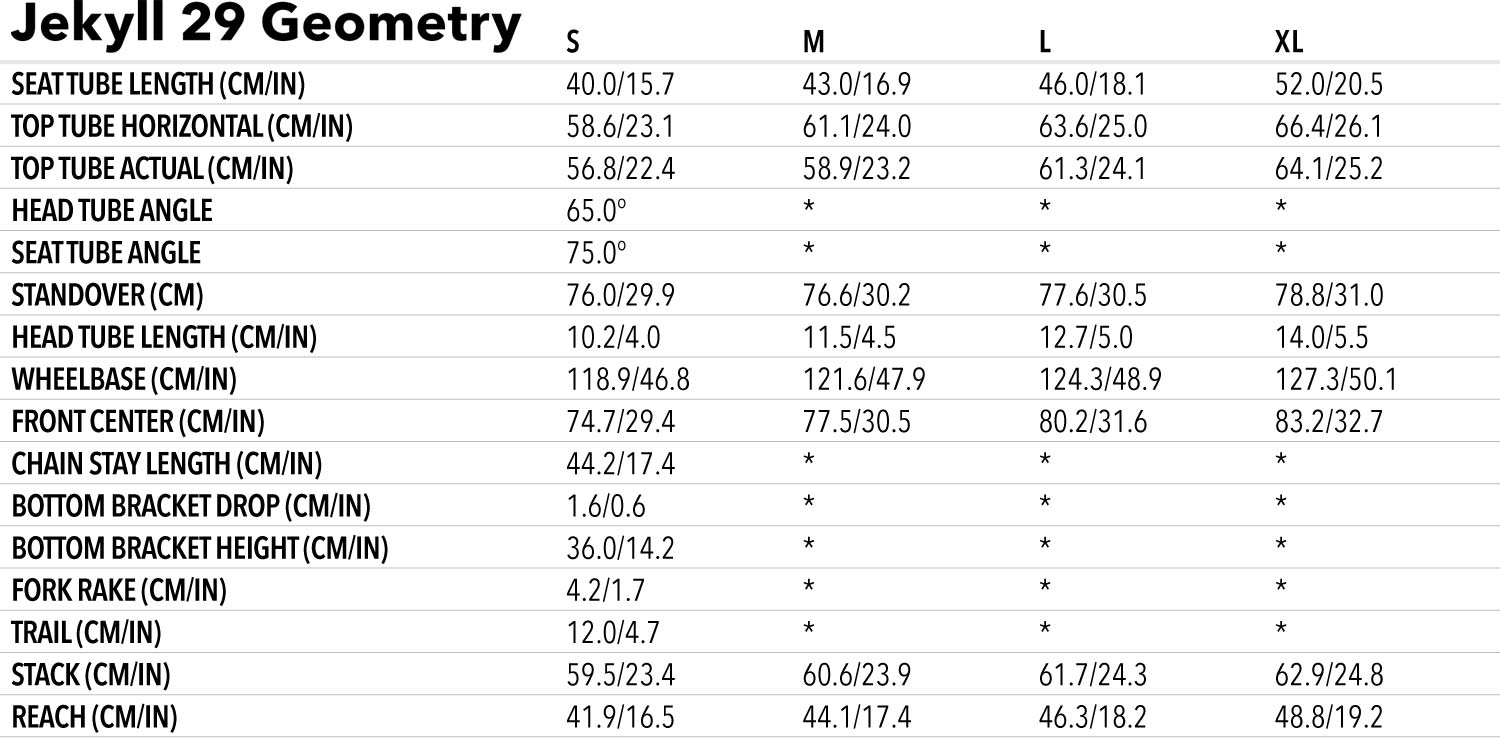 The new Jekyll 29 come in four frame sizes (S-XL) and just three build options. For now all of the builds share the same carbon front end mated to an alloy rear, but we wouldn’t be too surprised to see an all-carbon or all-alloy version pop up in the near future to match the 27.5″ offerings. 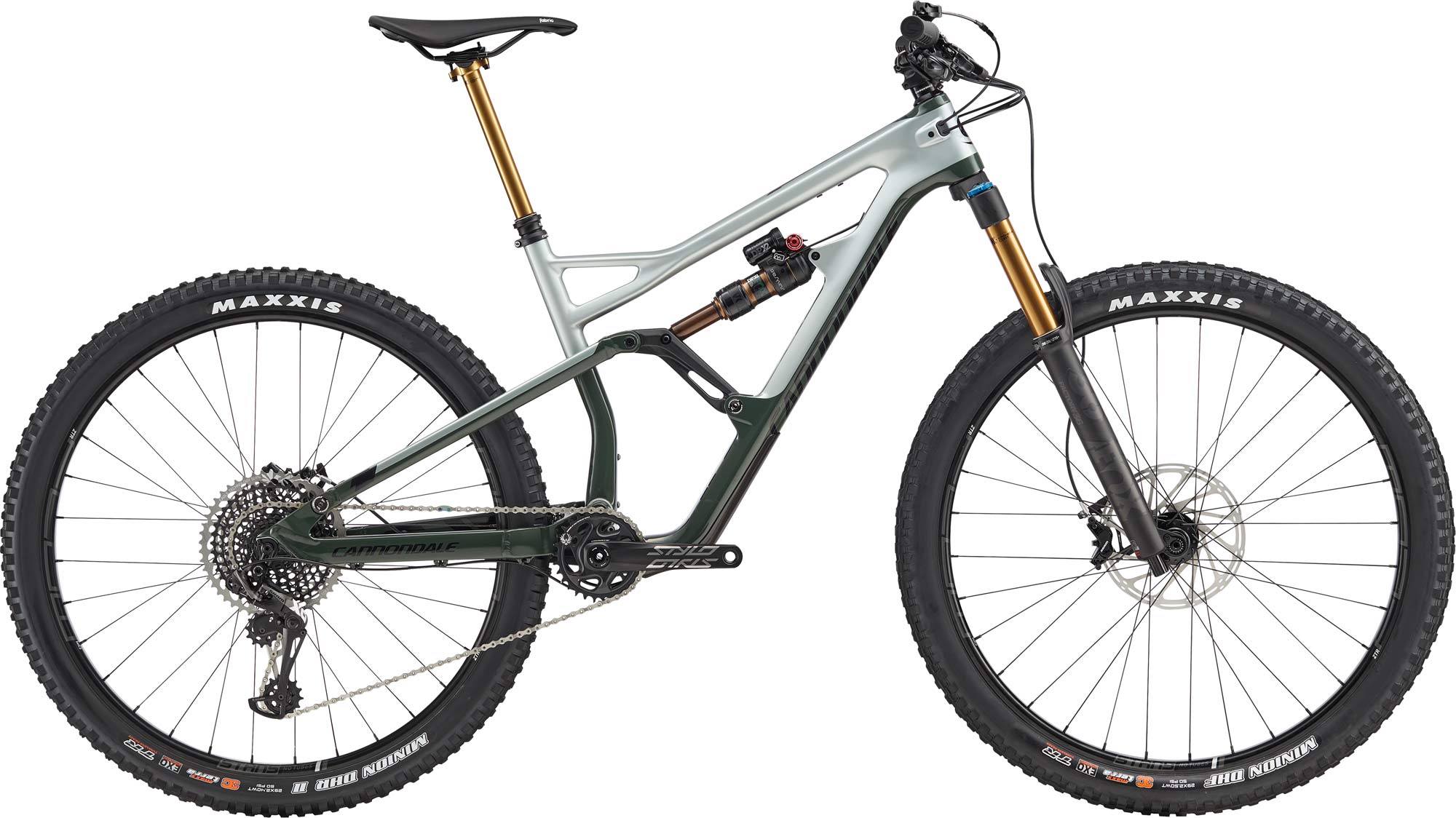 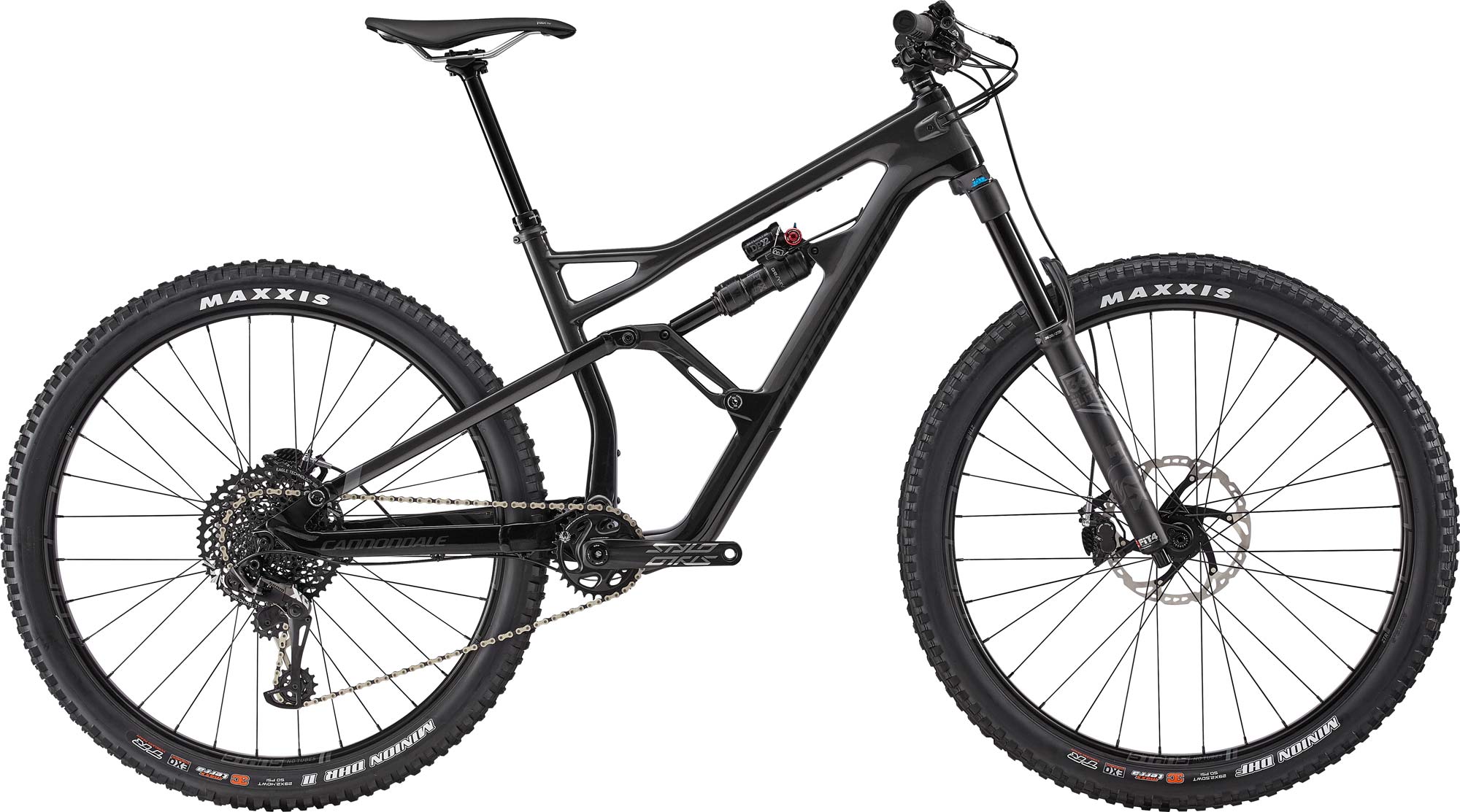 The mid-tier Jekyll 29 2 dials back to Fox Performance suspension, again with a DPX2, then to a mixed X01/GX Eagle drivetrain and XT brakes for $5300. 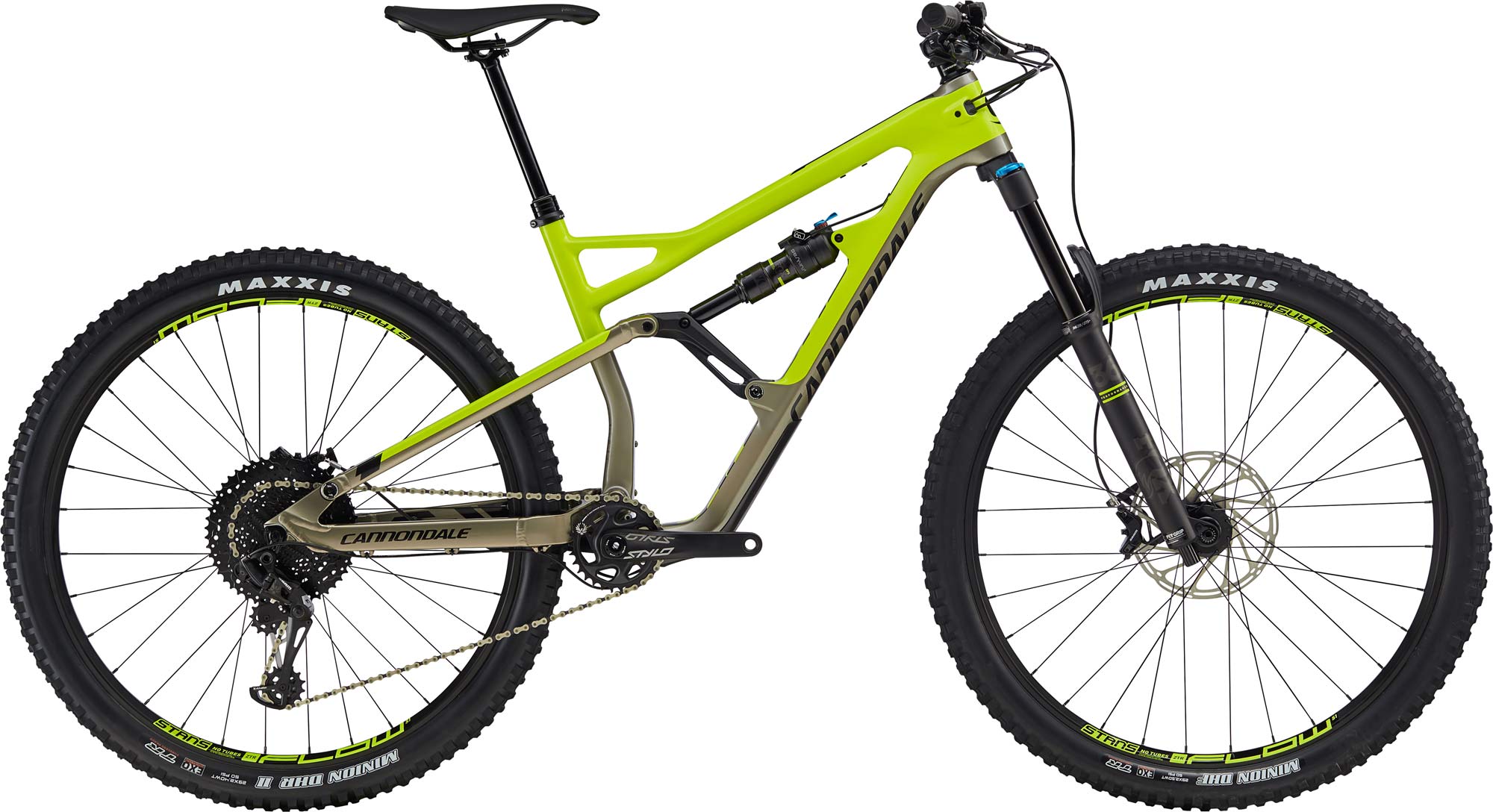 Rounding out the most affordable option at $3800, the Jekyll 29 3 goes for a SRAM GX/NX Eagle mix, Guide R brakes, and Fox Performance suspension with a single chamber rear shock. All three get Maxxis Minion DHF 2.5″ front & DHR 2.4″ rear tires with varying casing specs.

Cannondale specific shock, PF30 and Flat Mount brakes, almost a perfect storm of things nobody wants on a mountain bike, where’s an Overdrive 2 headset when you need one?

That long link looks unnecessary and takes up space that could be used for a bottle. No reason it couldn’t be mounted on the top tube.

The bottle goes below the link. Note the bottle mounting bosses on the seat tube.

I get that, I see that and read it, but the extra long link seems unnecessary. Without it you could conceivably mount two bottles. Just my armchair engineering analysis.

There used to be things about Cannondales that separated them from the pack- way back when, it was aluminum frames, then the Headshok, then the Lefty, the last of which continues to make Cannondale a special brand. But when you take away the Lefty, what you have at this point is just another bike. And now that Cannondale is owned by a faceless conglomerate, the chances that they will add something new that regenerates the brand seem to be nil.

The dude
Reply to  Tim

talkliketim
Reply to  The dude

Yeah, I am thinking about getting a Lefty for my next bike. They’re definitely special, but come with a few minuses, too: a worse spoke bracing angle on the front wheel, only six-bolt rotors, and the internals are not always as good as what’s current on other forks. But they still are a contender in both weight and rigidity.