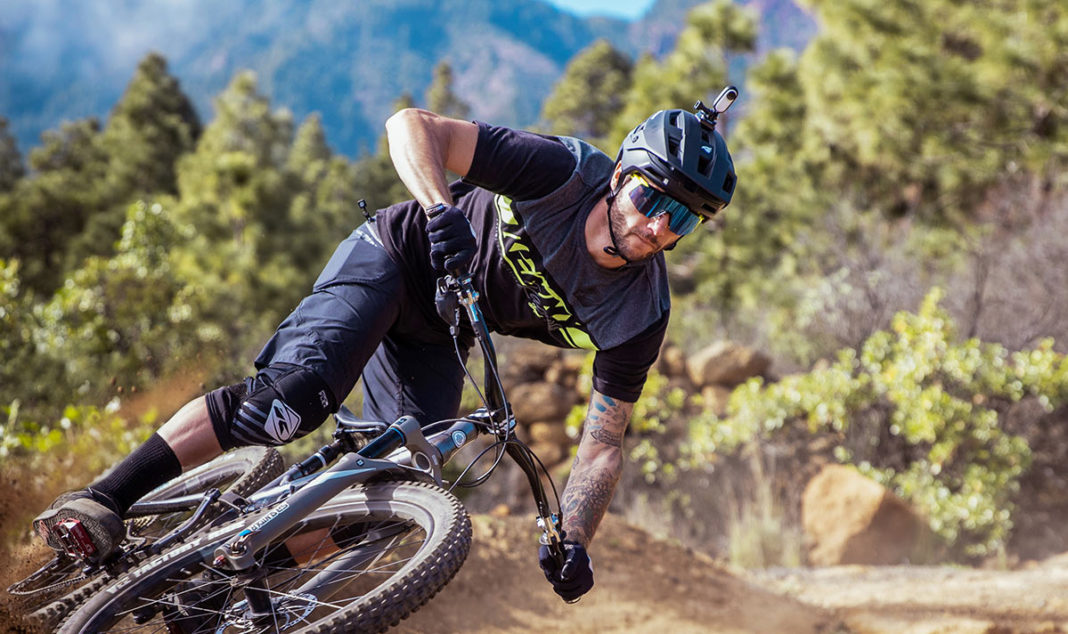 The new Insta360 GO 2 action camera might just change the game by packing the perfect feature set into an incredibly small package. It’s not just the camera that’s cool, the included charging case that doubles as a remote and tripod create an incredibly versatile package that can literally go anywhere. Take a look:

The Insta360 GO 2 packs an HD video camera with 6-axis stabilization into a 27g device no bigger than your thumb. Probably smaller. The included charging case is no bigger than most other action cameras (also probably smaller), and gives you up to 150 minutes of use without having to plug in…and it’s a remote, tripod, and selfie-stick mount, too.

In addition to two levels of stabilization, the GO 2 has 120fps slow motion, 6x hyperlapse, and multiple fields of view up to 120º. 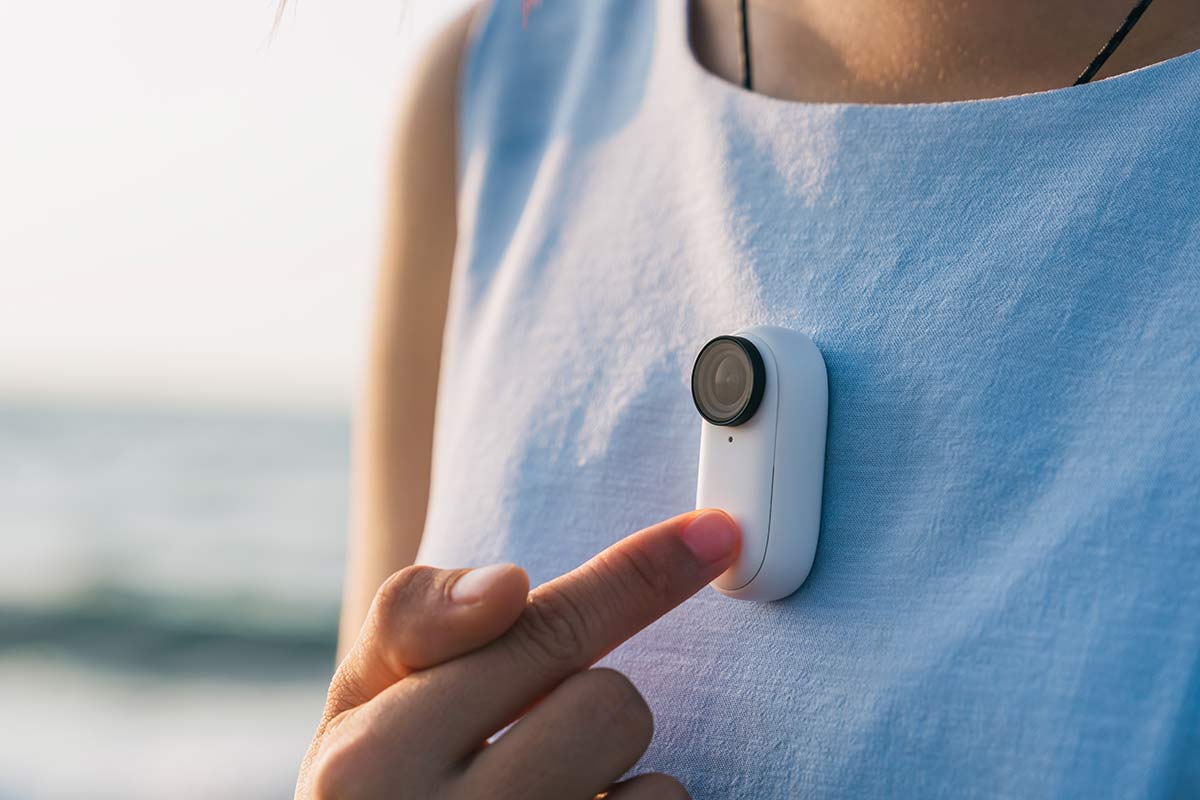 Before you sell everything else, the one spec that serious “filmers” will see as a limitation is that it’s only shooting at 2K, but they say it has the same 1/2.3″ sensor as cameras like the GoPro HERO9. So, theoretically, with fewer pixels, it might do better with low light? We have a test unit on the way, so we’ll find out.

Here’s the basic specs you should know:

So, what’s new? The original Insta360 GO is about the same size, but the GO2 has some huge improvements over it. Namely, waterproofness and recording time. 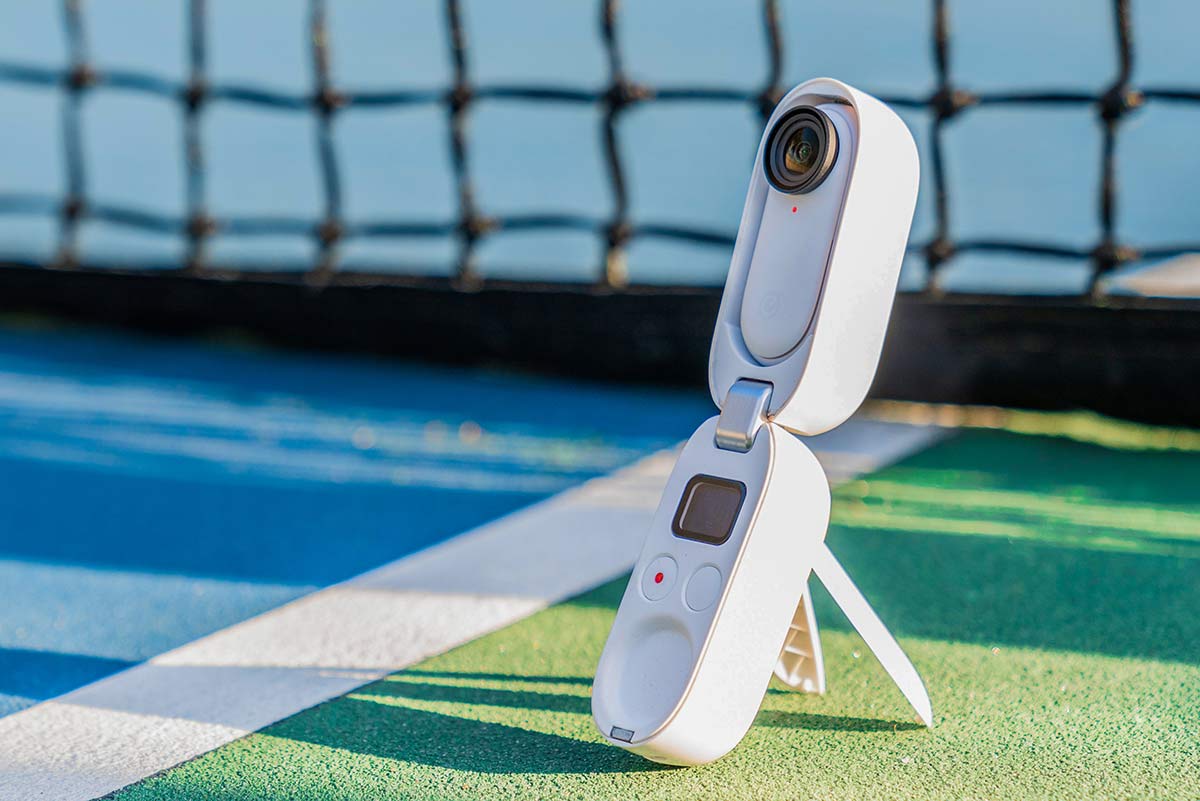 The GO could withstand a quick dunk of up to 10 seconds, but its IPX4 rating meant it was really just splashproof. The GO2 has an IPX8 waterproof rating down to 13ft (4m) and even has an underwater color correction that other cameras require a rose-colored lens to fix.

For the tech geeks, the GO2 adds the ability to manually select White Balance and Exposure settings, as well as just keep it on Auto. And the included charging case/remote/tripod is much better, too. 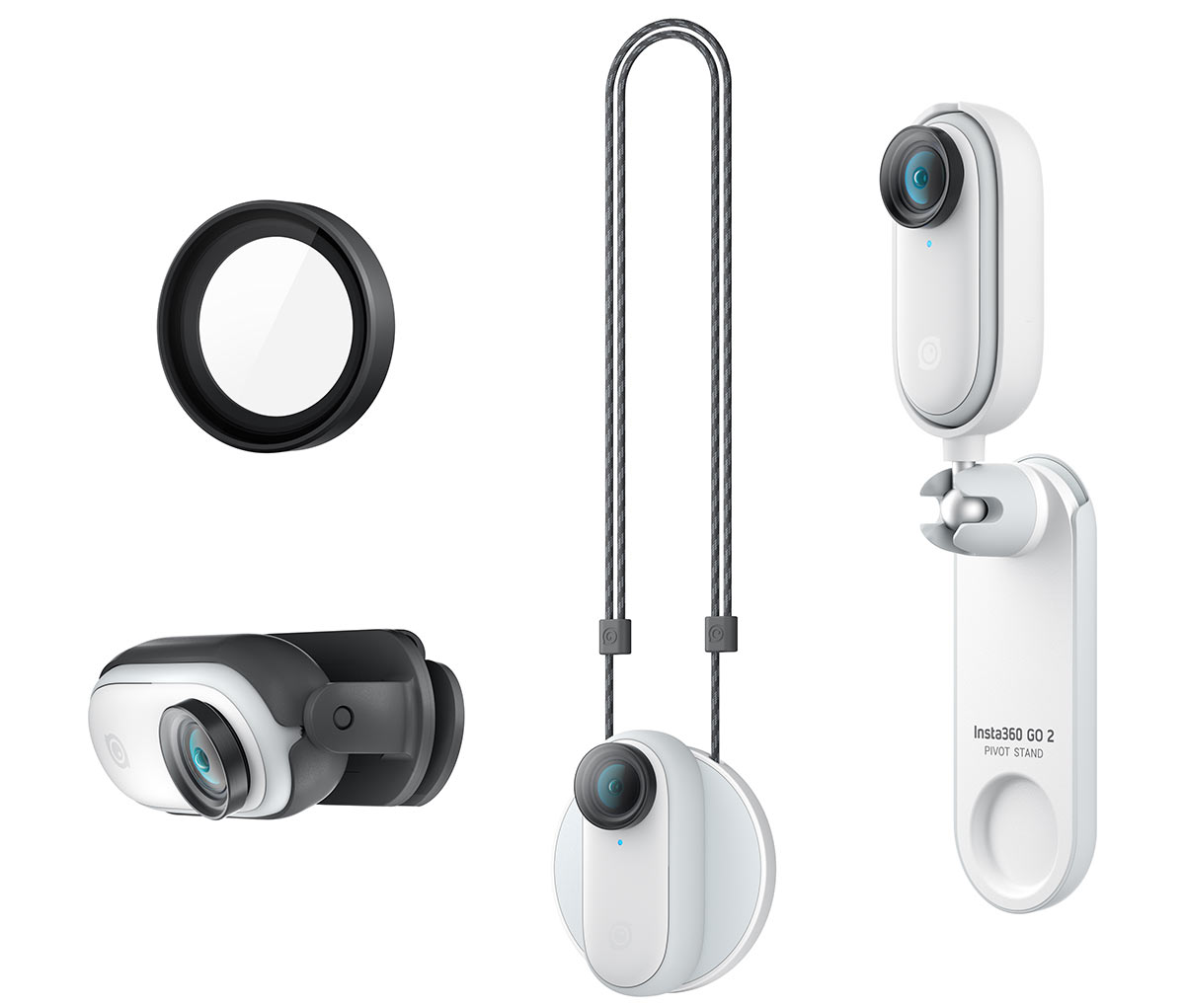 The GO 2 comes with the multi-use Charging Case, Magnet Pendant, Easy Clip, Pivot Stand and Lens Guard. You can also customize your GO 2 by designing a one-of-a-kind “skin” on their website. 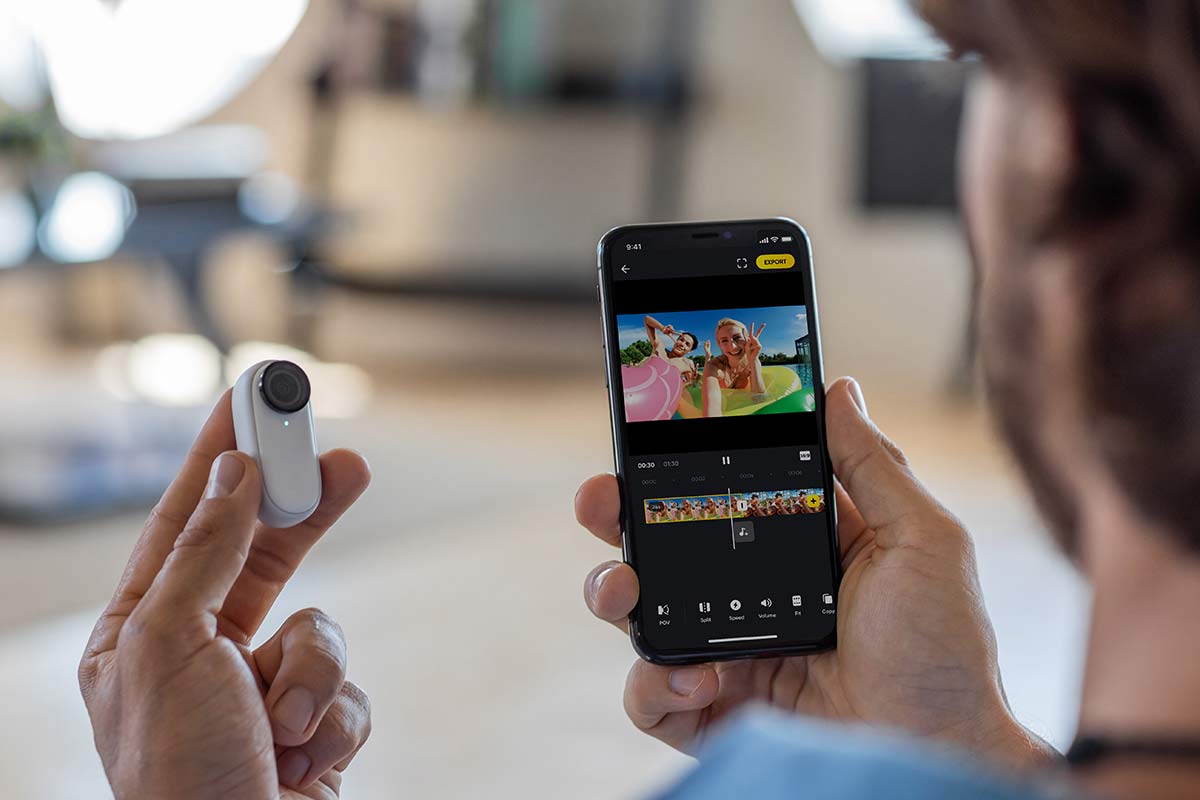 The GO 2 smartphone app lets you preview shots and adjust settings via a WiFi connection. It also lets you edit your clips via WiFi, without having to actually download the footage to your phone, and then share them on social or to YouTube. Or you can just let their FlashCut 2.0 AI create a highlights edit for you.