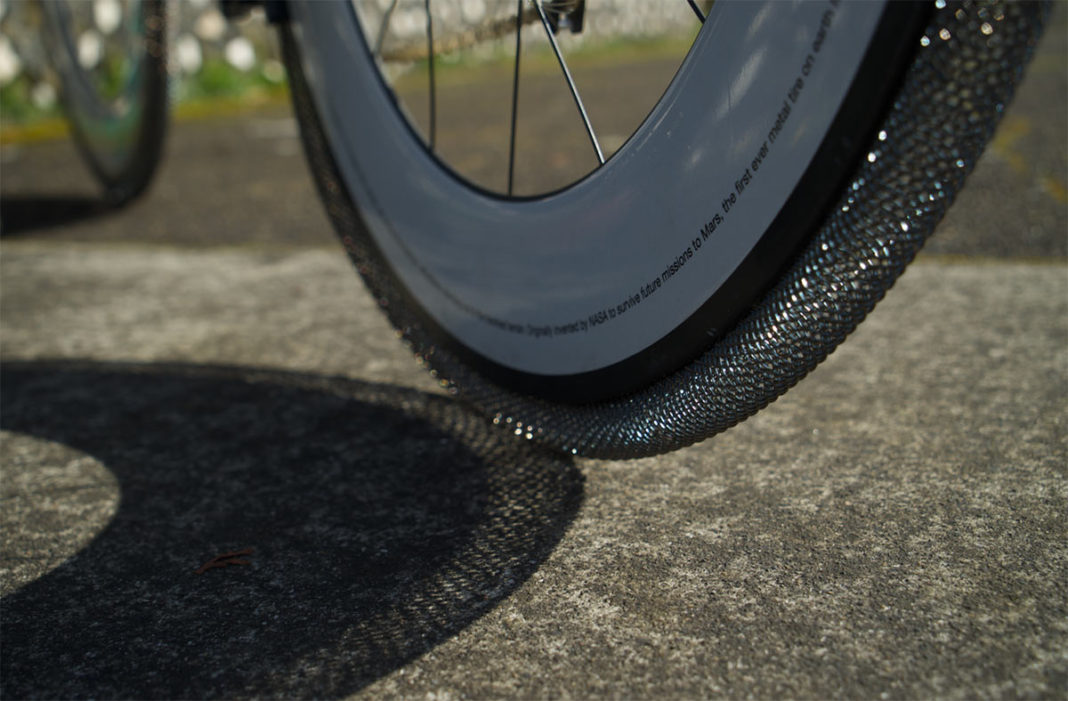 Exactly…WTF?!? The Smart Tire Company has announced their new, aluminum alloy tire technology that’s based on the same research and designs as tires created for the Mars lander…and they’re for your bicycle. 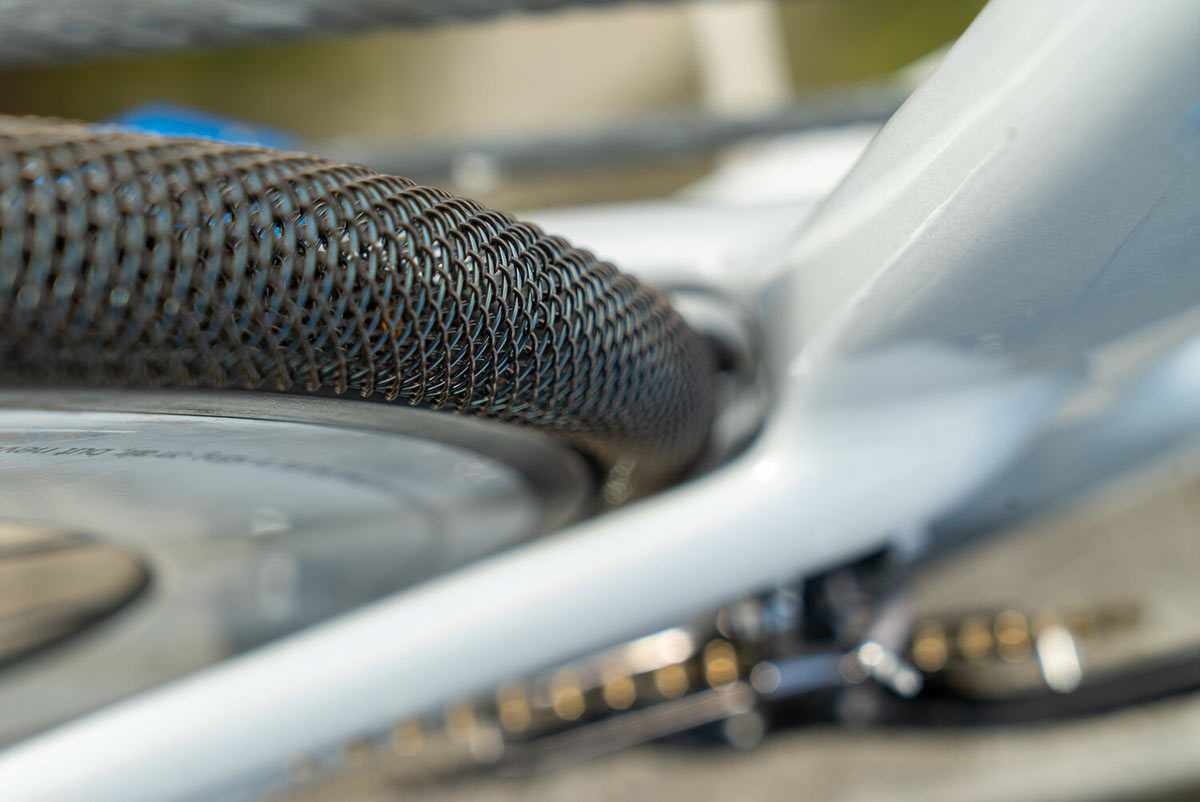 Originally invented by NASA for use on the lunar and Mars rover missions, it has the ability to “undergo phase transitions at the molecular level under strain”, making SMAs unlike any other material, exhibiting thirty times the recoverable strain of ordinary steel. They say they’re also eco-friendly, utilizing longer-lasting materials that reduce rubber waste.

What is this magic material?

SMART says the material (called NiTinol+) can expand, contract, bend, and unbend very quickly, like rubber. Even with extreme deformation, it will bounce back to its exact original shape through “phase transitions at the molecular level”. Like Iron Man’s nano tech suit, perhaps?

The material has a gold/silver/metallic blue finish and is “elastic like rubber, yet strong like titanium” with perfect shape memory.

“Martensite is a very hard form of steel crystalline structure. When a shape memory alloy is in martensite form at lower temperatures, the metal can easily be deformed into any shape. When heat-treated a certain way, the martensite reverts to austenite, and the material recovers its original shape, giving it super-elastic properties.”

Check the video at the bottom of this post for a much deeper dive on how that actually works…it’s fascinating! 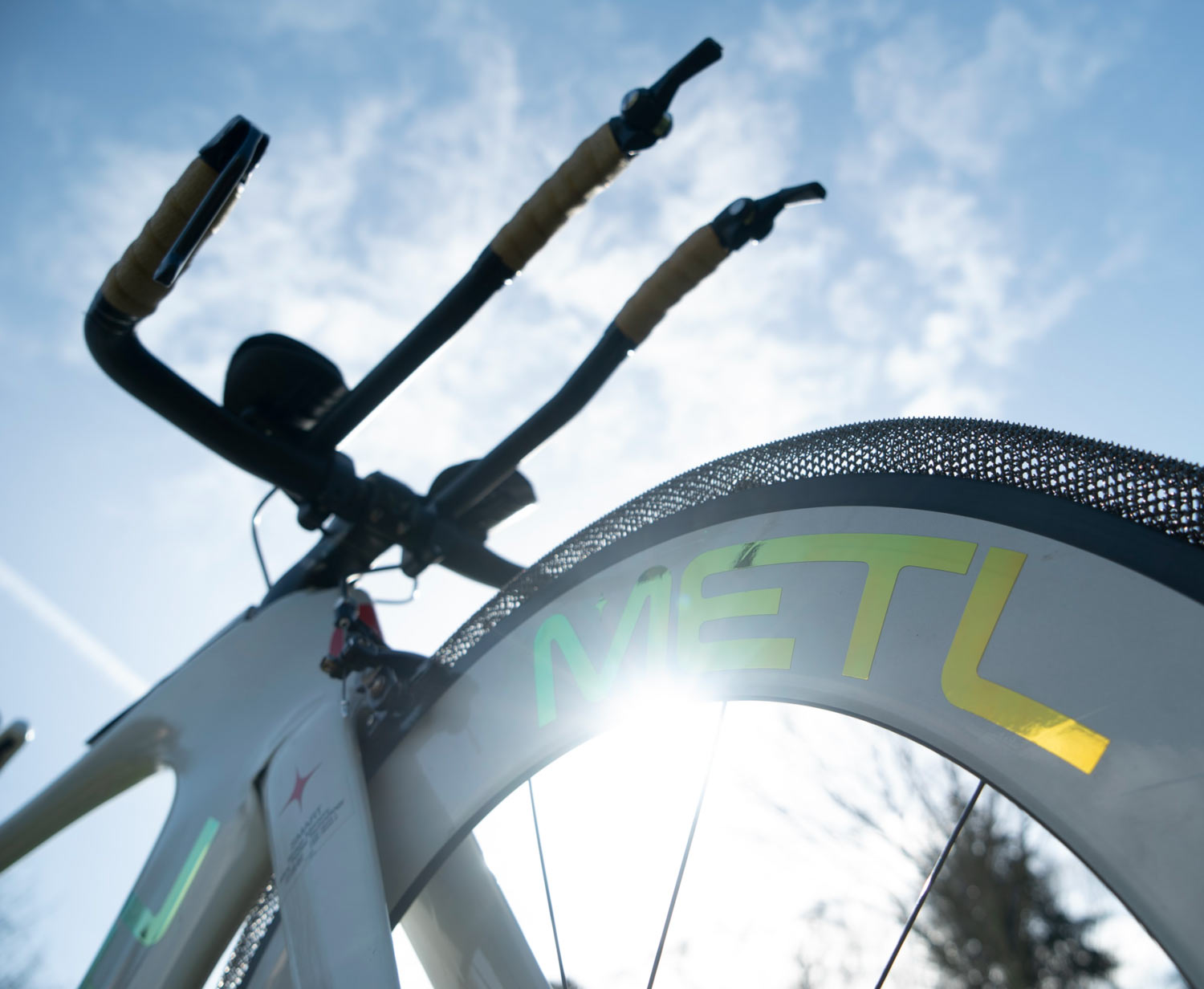 Well, the big question is grip, and we’ll get to that. But first, let’s lay out the benefits…

METL’s alloy, shapeshifting tires could be lighter. Weight going onto a spacecraft is at a premium, costing six figures per ounce, so the material has to be incredibly light. And this one is, especially from a strength-to-weight ratio perspective.

It won’t need a tube, or sealant, and will never go flat, either. This, along with the material’s properties, means it can deform rapidly to match the terrain perfectly, allowing for better traction.

OK, so how does it grip? 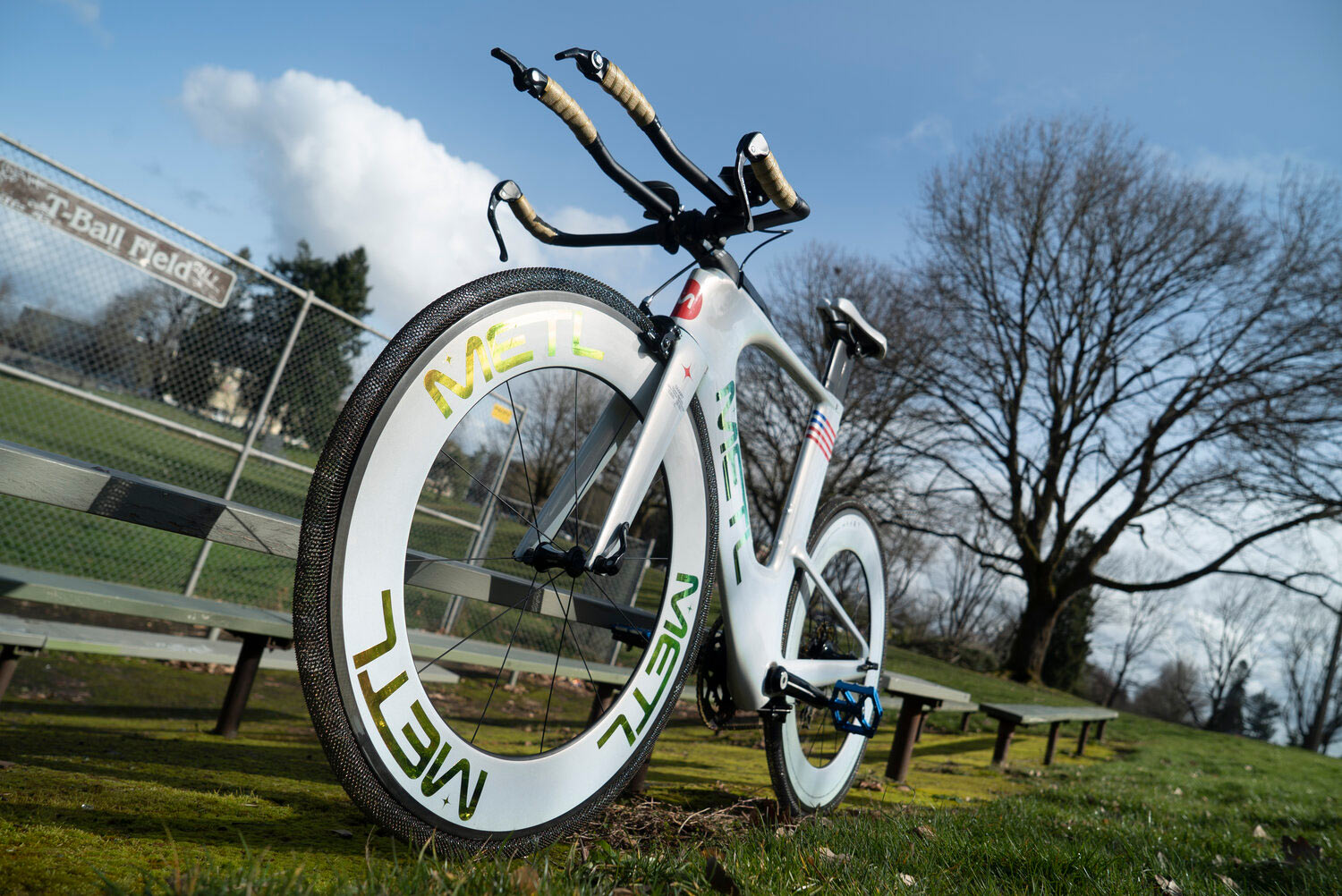 The metal will be coated in a new “rubber-like material” called Polyurethanium, which was co-developed with Goodyear Tire & Rubber Company (not Goodyear bicycle tires, which is actually totally separate). They say the material offers extremely long-lasting tread and grip in all weather conditions.

Indeed, they’re claiming this is a life-of-the-bike tire that shouldn’t ever need replacing. The grip might, though, so they’ll offer a retreading service. And should you damage the structure underneath, they can likely repair it. If not, it can be recycled.

The Polyurethanium will feel kind of like a rubber material, and will actually coat the metal mesh so it’ll look more like a regular tire…and won’t let debris get inside. However, the metal lattice underneath handles all of the load bearing. The material over it is purely for protection and grip, so there’s no need for thick sidewalls or layers of puncture protection.

They say so, and Felt Bicycles has provided them with bikes to test it on. Eventually, SMART says the technology could be used for almost any type of vehicle. And, naturally, any type of bicycle, from road to gravel to mountain bikes, and especially commuter and e-bikes.

Here’s an interesting look at the development, how it works (science!), and why (besides weight) they can’t use rubber tires off-world:

Initially, they’ll probably sell them as a wheel+tire combo, but the long-term plan is that they’ll work on any rim. Right now, they’re still in testing with a target retail launch in first quarter 2022… surprisingly soon!