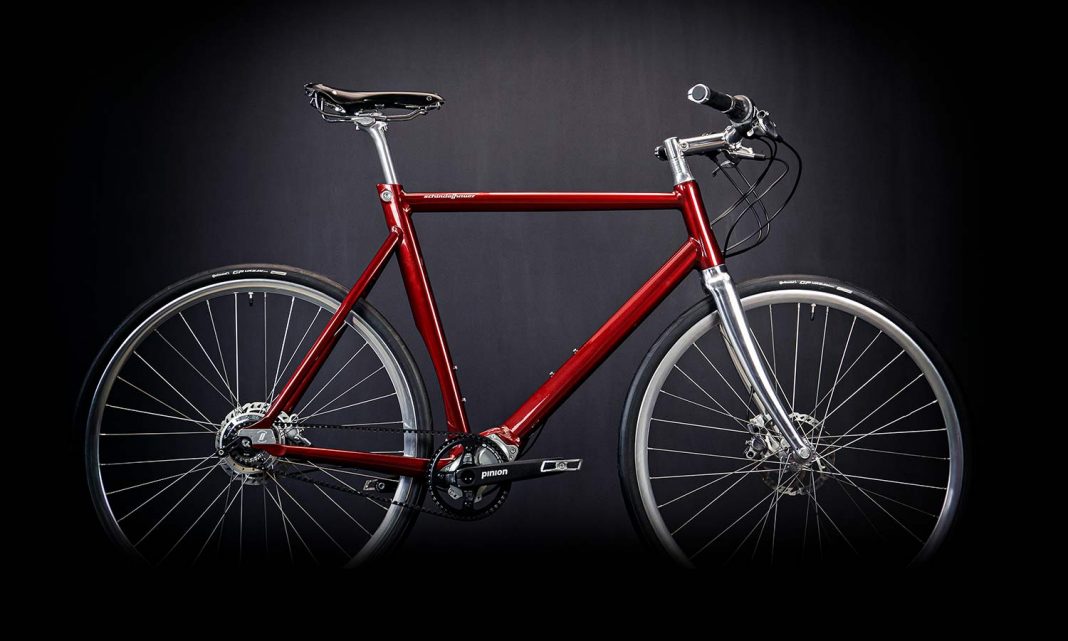 Schindelhauer takes commuter bikes to the next level (and maybe one beyond that) with a new special edition Wilhelm CCLII 252-speed, internally-geared city commuter bike. With their signature clean lines & low maintenance, the Gates belt drive powered drivetrain delivers a whopping 3350% gear ratio, perfect for climbing hills in the steepest cities in the world, then bombing down the other side without spinning out.

The special edition Schindelhauer Wilhelm CCLII promises a new way to look at your commuter bike. Yet at the same time, it’s kind of a sleeper model, where not even your closest riding buddies with notice the powerful technology it is packing inside! With 252-speeds, you always have the perfect gear ratio to maintain your ideal cadence, and you’re unlikely to run out of gears either climbing the biggest hills or cruising amongst traffic at highway speeds.

The Schindelhauer Wilhelm CCLII’s secret is the combination of a Rohloff Speedhub AND a Pinion gearbox – both renown independently for their durability, efficiency & low-maintenance.

“As the name suggests, the bike has a total of 252 gears and thus sets a world record for the total gear ratio: 3350% (!). This is made possible by a 14-speed Rohloff Speedhub gear with 526% spread in combination with a Pinion P-Line 18-speed gearbox, whose transmission ratio is 637%.

Per crank revolution, this results in a covered distance of just 70 centimetres in the lowest gear, while in 252nd gear the value increases almost 34-fold, i.e. a distance of an impressive 23.3 metres.“

Schindelhauer claims that at a pretty basic 60rpm cadence that’ll have you crawling in low gear at just 2.5km/h but would then top out at 84.4km/h in high gear. Their gear ratios have been optimized for that top-end speed, so you can keep up with city traffic on the main roads. Fit riders will get to a nice cruising speed of 127km/h in high gear at a 90rpm cadence. Probably best to be looking at moto-spec helmets & protective riding suits at that speed.

“In the development team, we always wanted to build a bike that has the right gear for every situation. Finally, we can make our community in the UK happy, who can now tackle the Hardknott Pass in the Lake District in Yorkshire (gradient up to 33%) in a relaxed manner. In addition, we are already setting the mobility trends of tomorrow by creating new incentives to switch to cycling, especially for commuters. On rural and federal roads, they are literally on a par with car drivers and no longer have to put up with overtaking manoeuvres. I even dare to predict that many of our customers will checkmate their four-wheeled colleagues with Wilhelm CCLII.“ 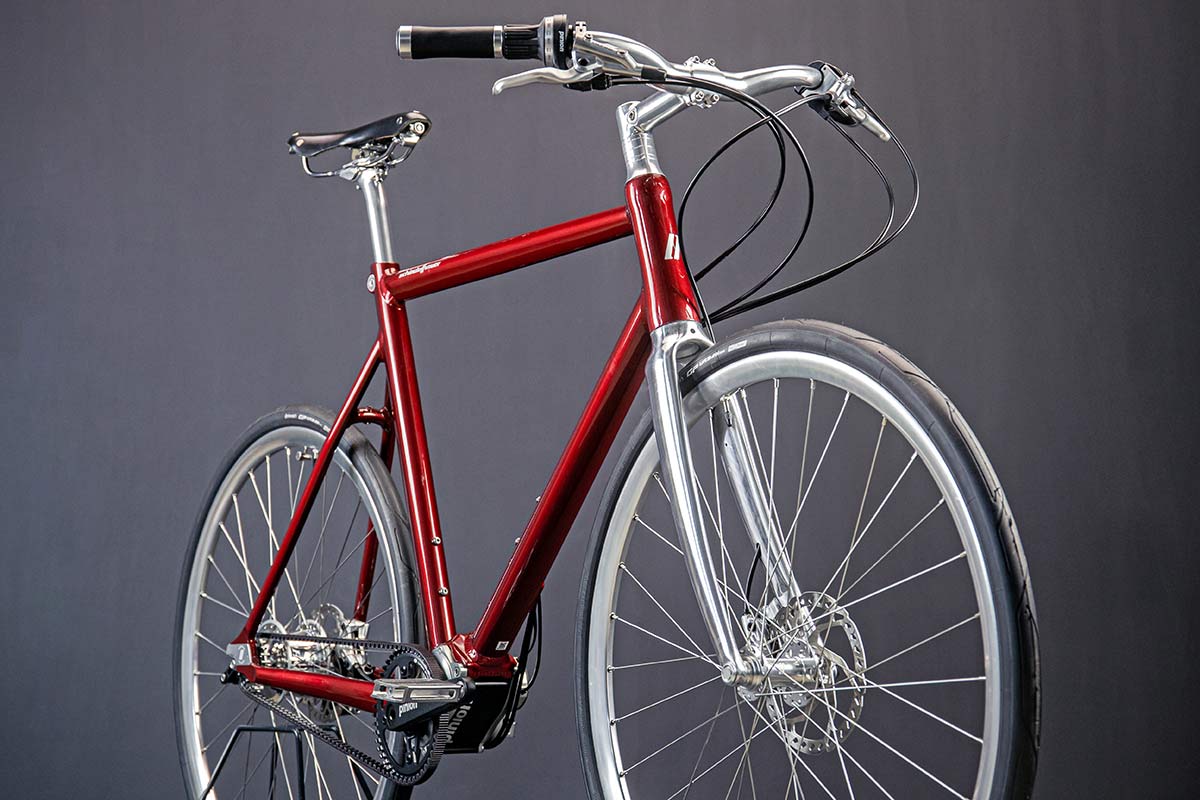 Schindelhauer-Gates racing team member Paul Göhrke has been testing the Wilhelm CCLII for virtual indoor racing on his Wahoo KICKR trainer. And after cranking out 1500W and cruising around at 90km/h, he’s looking forward to taking the bike outside for riding real roads too. 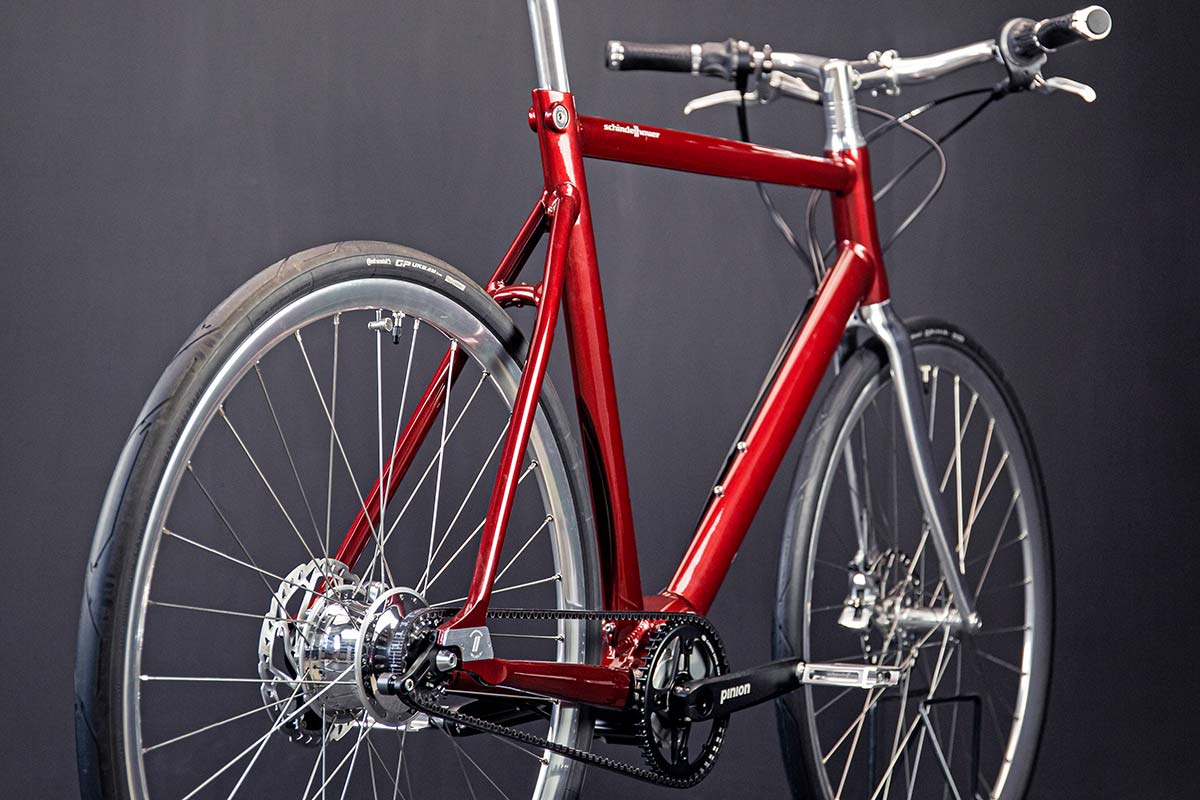 The alloy Wilhelm frame & fork is already part of Schindelhauer’s custom line, with each bike built up to order in Berlin for every buyer. The base model has always included the option for either a  Rohloff Speedhub OR a Pinion P-Line/C-Line gearbox (or as a singlespeed). And due to high current demand, Schindelhauer says they are dealing with at least a 3-month backlog. 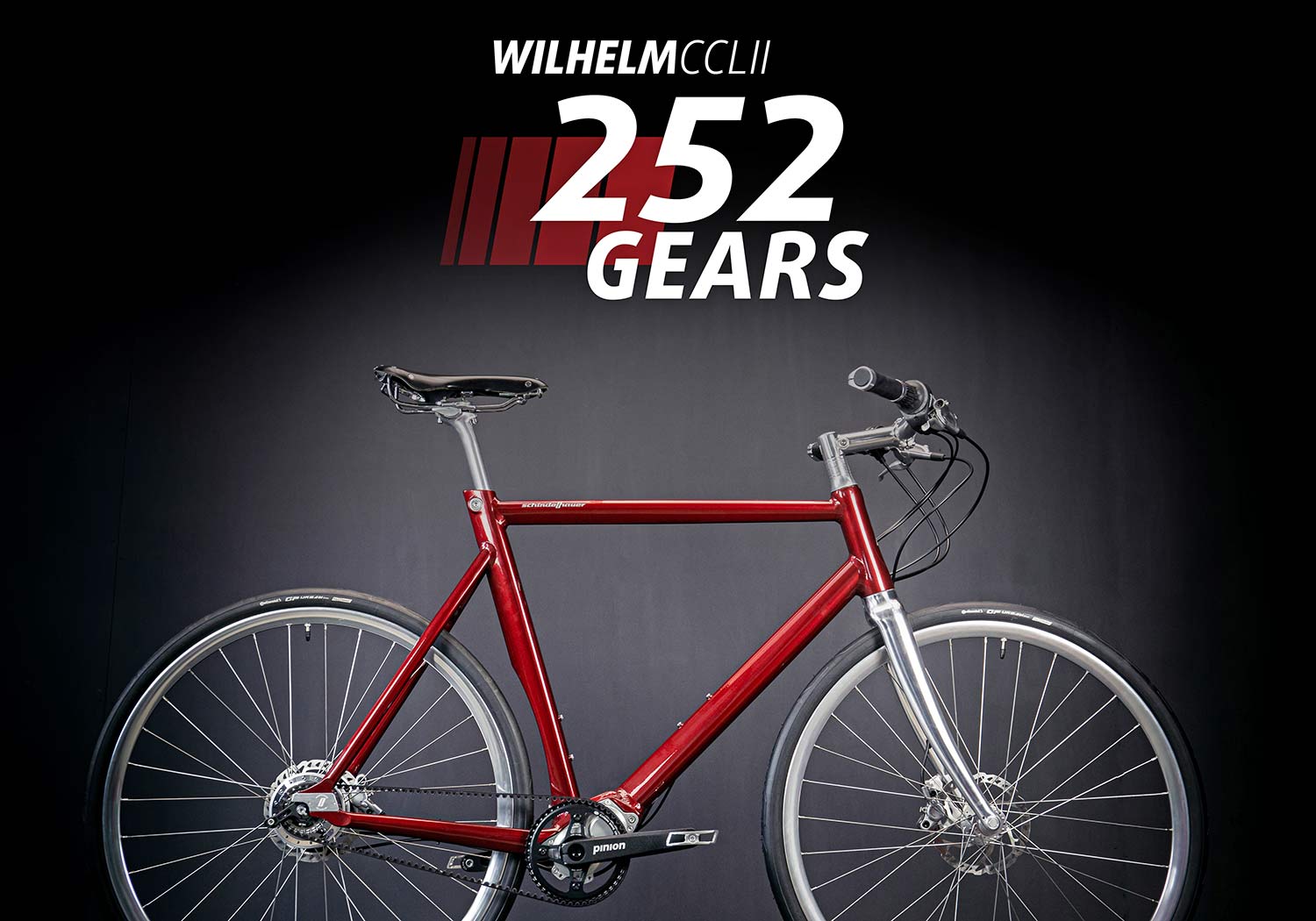 Interestingly this garnet red color has the shortest lead times. Individual pricing varies depending on the options selected, but this special edition bike as shown would retail for 8995€.