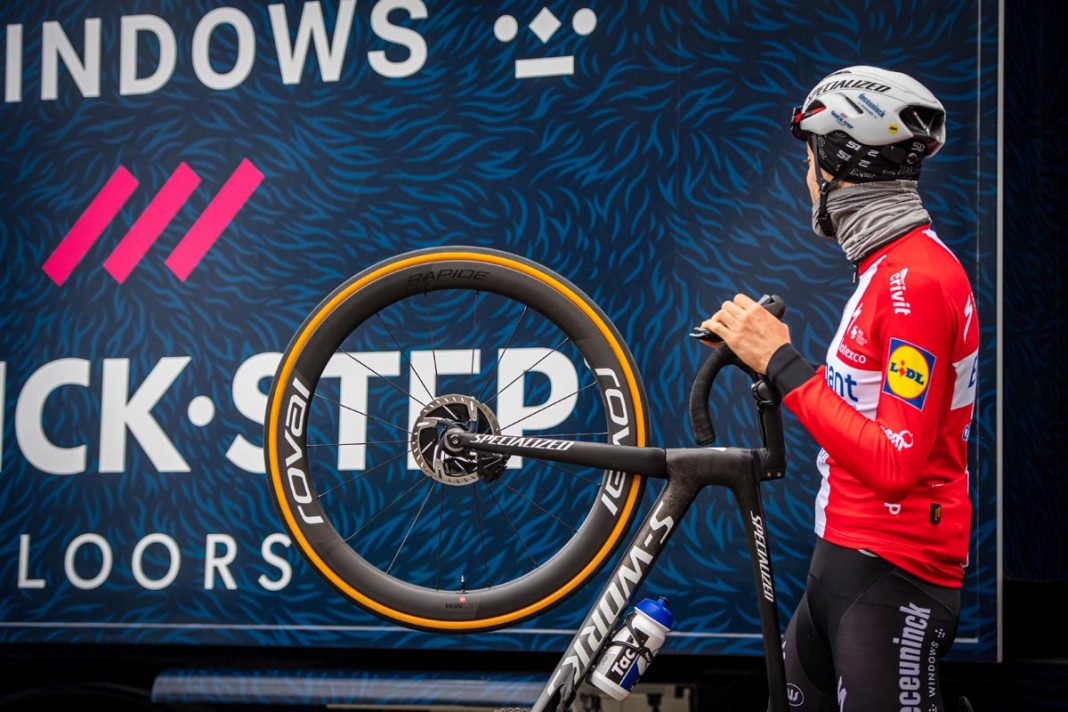 On Easter Sunday, Kasper Asgreen was first to cross the line at the Tour of Flanders. Perhaps more notable than out-sprinting Mathieu van der Poel was Kasper’s equipment – specifically the tires. It wasn’t on tubulars. Or even tubeless. Asgreen won on clinchers.

It hasn’t been long since Julian Alaphilippe made news by winning the first stage of the Tour de France in recent years on clincher tires. But winning one of the cycling ‘monuments’ on clinchers is an entirely different story. In a race punctuated by imposing cobble stones that are prone to puncture tires, the win is indeed newsworthy.

In fact, Specialized calls it historic. Ricardo Scheidecker, Technical and Development Manager for Deceuninck – Quick-Step, makes the claim that this “is the first monument won with clinchers.” While we can’t confirm that as true, it does seem like it’s the first win on clinchers in modern history.

Ricardo went on to say, “We’re really proud. It’s about using the best, Specialized has the best, and we just execute. It’s unbelievable, Kasper is such a bike rider and he did it. The team was once again tremendous. In Flanders, you don’t win by luck. We should all be proud and when I say ‘we’ I mean the team and Specialized. They are part of the victory big time.”

Kasper’s choice of ride for the day was the new Specialized S-Works Tarmac outfitted with Roval Rapide CLX carbon clincher rims. Those rims were clinching Specialized’s Turbo Cotton Hell of the North Clincher tires in a 700c x 28mm size with 320 TPI casing, BlackBelt puncture resistance, and their Gripton rubber compound. Specialized is proud to point out that “not a single Deceuninck – Quick-Step rider suffered a flat tire with their Turbo Cotton Hell of the North clinchers.”

Specialized also points out that the choice of tires was not just about durability. They claim that a bike outfitted with their clincher tires benefits from a reduction of 10 watts in rolling resistance compared to the team’s mos competitive tubular tire for this race. 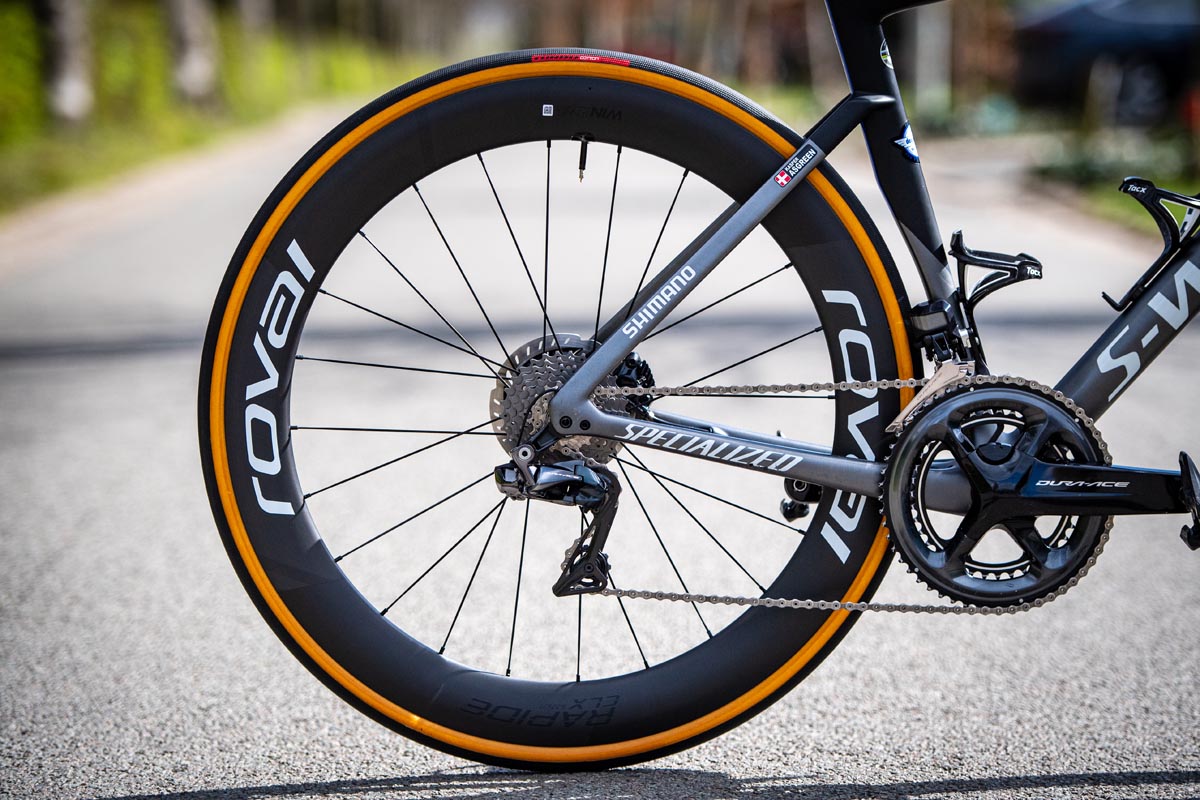 Will the same tires and wheels help you win Flanders? Unlikely. The top pros could probably win on just about anything. But it is interesting to see tubed tires winning races at a time when tubeless technology is gaining in popularity (even if it is on a very expensive carbon wheelset with very expensive tires and (likely) latex inner tubes).

Behind the scenes at Ronde van Vlaanderen

Want to see more of how six hours of cobbled racing played out for the 26-year-old Dane? Follow Kasper Asgreen, plus teammate & world champion Julian Alaphilippe as Deceuninck-Quick-Step take you behind the scenes on Asgreen’s Ronde van Vlaanderen / Tour of Flanders win.