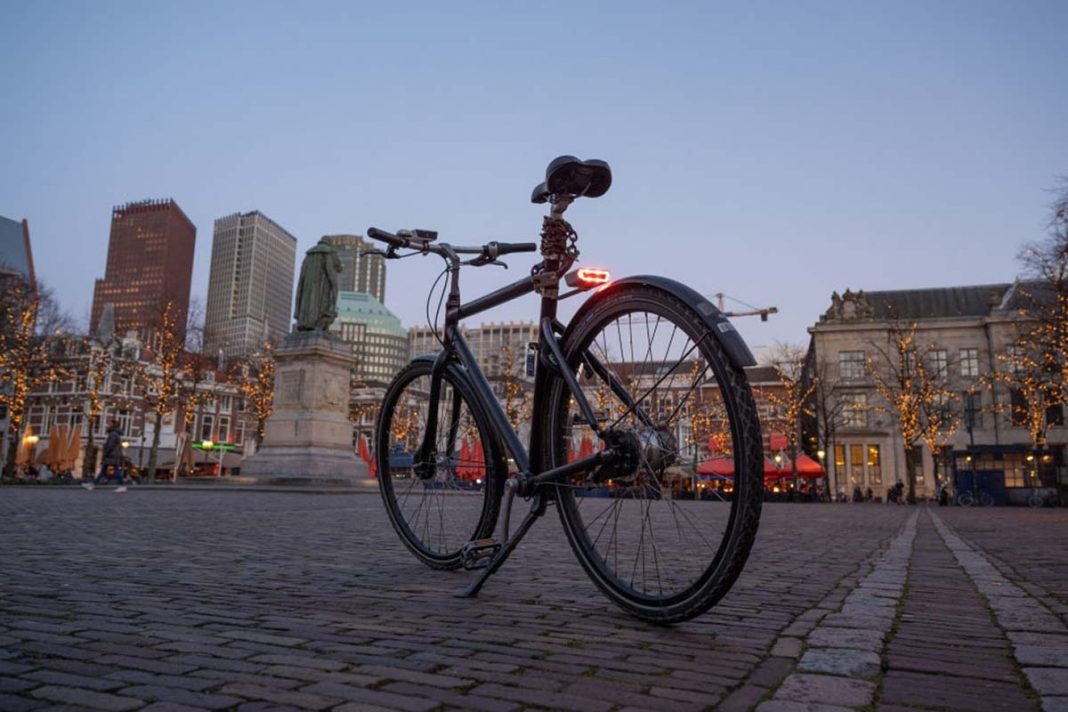 This could be a great option for commuters who occasionally forget to recharge their lights, or for riders doing long bikepacking trips with infrequent access to mains electricity. Going more for the built-like-a-tank aesthetic than a sleek aerodynamic one, Rydon have powered up a 300 lumen solar powered bike light to keep your path illuminated all year round.

The Rydon Solar Powered Bike Light is robustly designed so that it can pretty much live on your bicycle all year round. A 3mm thick stainless steel housing protects the fragile internals of the light, so it can be rained on, dropped, and generally used and abused with relative impunity.

The solar panel is said to be very efficient, able to charge the battery even during the low-light winter months. So, if you’re a bit useless at remembering to charge your commuter lights, this could be a good investment for you. Especially if you store your bicycle outside, where the Rydon has access to sunlight.

The Rydon’s six wide-angle LEDs put out a maximum of 300 lumens in Boost mode, said to give good visibility from the front and the sides. For reference, an iPhone X flashlight puts out just 50 lumens in its brightest setting.

On a full charge, you can expect a respectable 50 hour run time from this solar powered bike light in Boost mode. There is a lower output mode from which you can expect a longer run time. The brand say the solar panel requires about one week of direct sunlight to fully recharge the battery.

Rydon offer a front and rear version of their solar powered bike light, each available with a choice of a black, silver, blue or orange housing, with a variety of different mounts. Pick one up for €45.