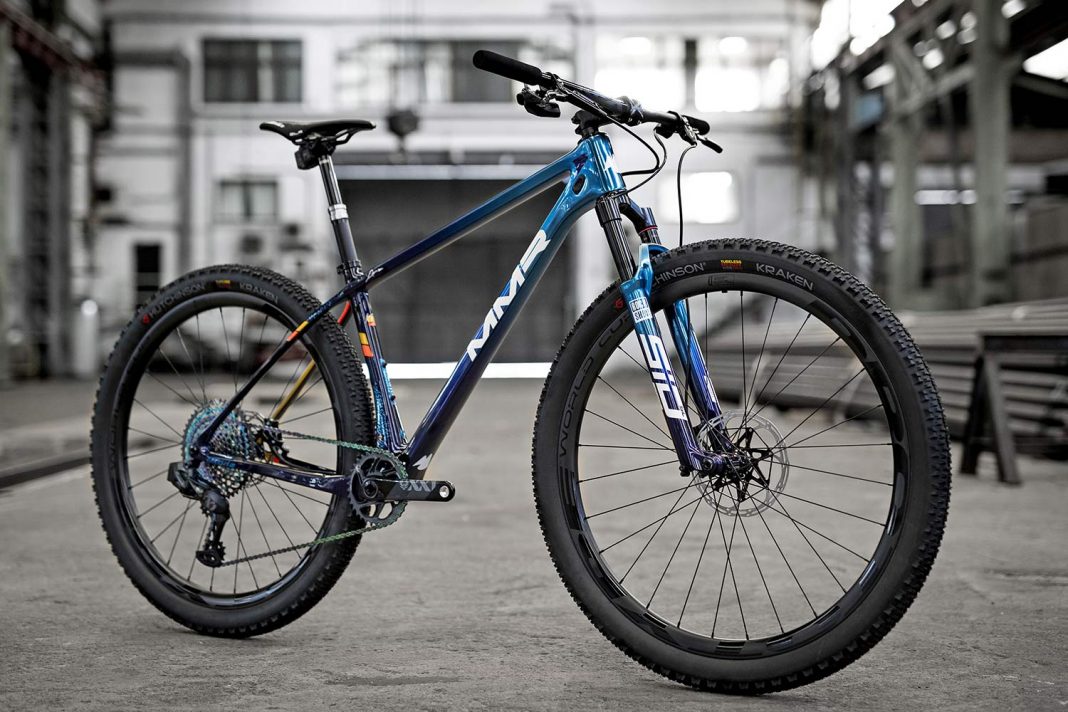 Spanish bikemaker MMR’s top lightweight carbon Rakish SL cross-country and Adrenaline SL road bikes get custom Fernando Alonso special editions, celebrating the return to racing of the Spanish F1 driver. A longtime cyclist from the same Asturias province on the northern coast of Spain as MMR, Alonso has been riding both the XC Rakish SL and road Adrenaline SL for training as part of his training regimen on a part to returning to Formula One racing after two seasons away from the track, so now was the time to go custom…

MMR says they are excited to support the return to Formula One racing of their most famous brand ambassador Fernando Alonso. Calling him “the most talented [driver] of the modern era”, Alonso is said to have long been a local inspiration for “every worker at MMR”. And with the brand’s top lightweight XC hardtail and lightweight road bikes serving as training tools for the F1 driver, MMR was excited to prepare these special edition bikes.

The only bummer is, that if you want the same custom paint job, you’ll likely have to win a bunch of Formula One World Championships and 24 Hours of Le Mans yourself. In the meantime, standard editions of both bikes are also available… 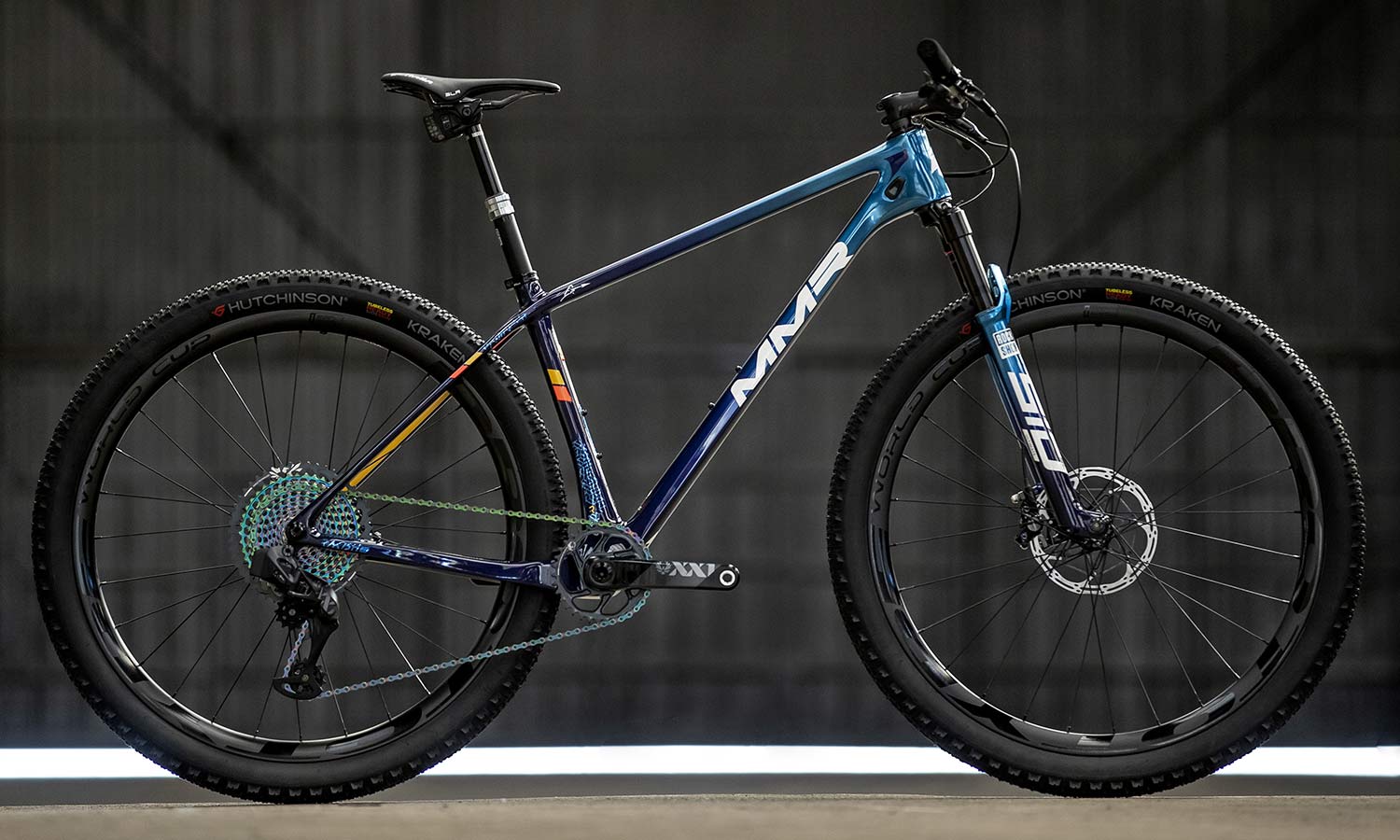 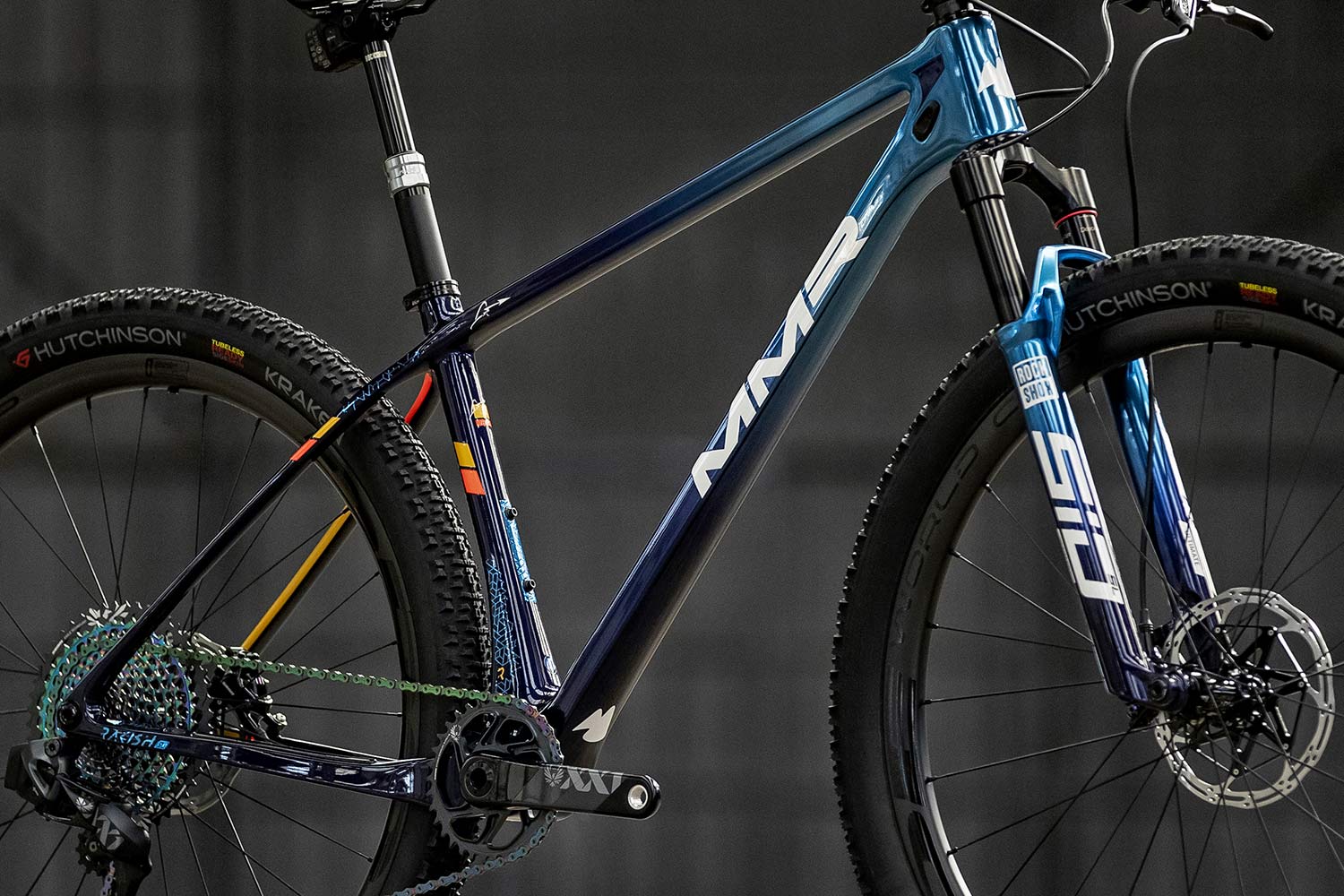 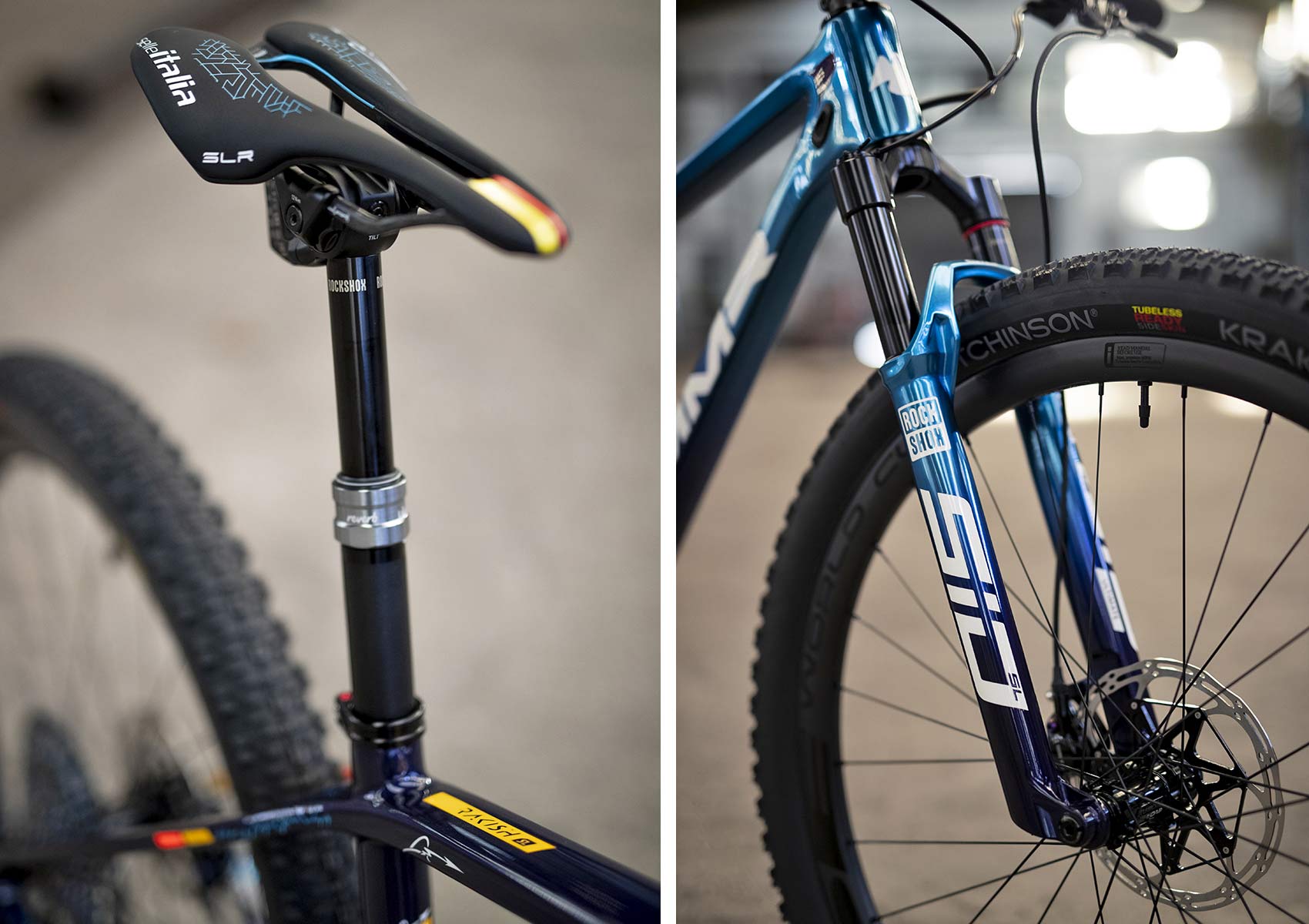 The standard top-spec 2021 Rakish SL 00 with mostly the same build kit retails for 5560€, but with a Ritchey WCS cockpit, carbon seatpost & Selle San Marco saddle. The stock bike features a silver-to-black fade paintjob, and is available in four stock sizes with a steep 69.5° head angle. 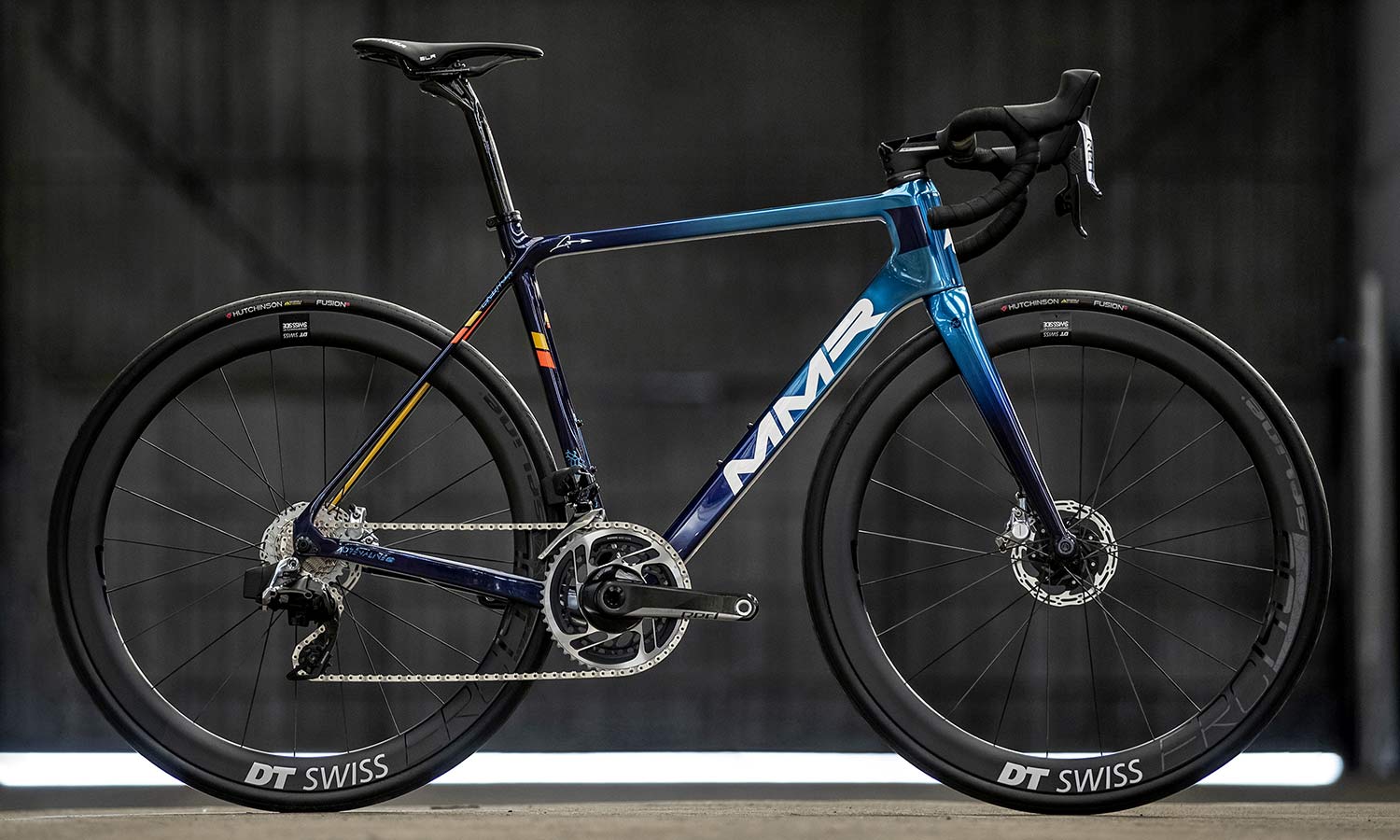 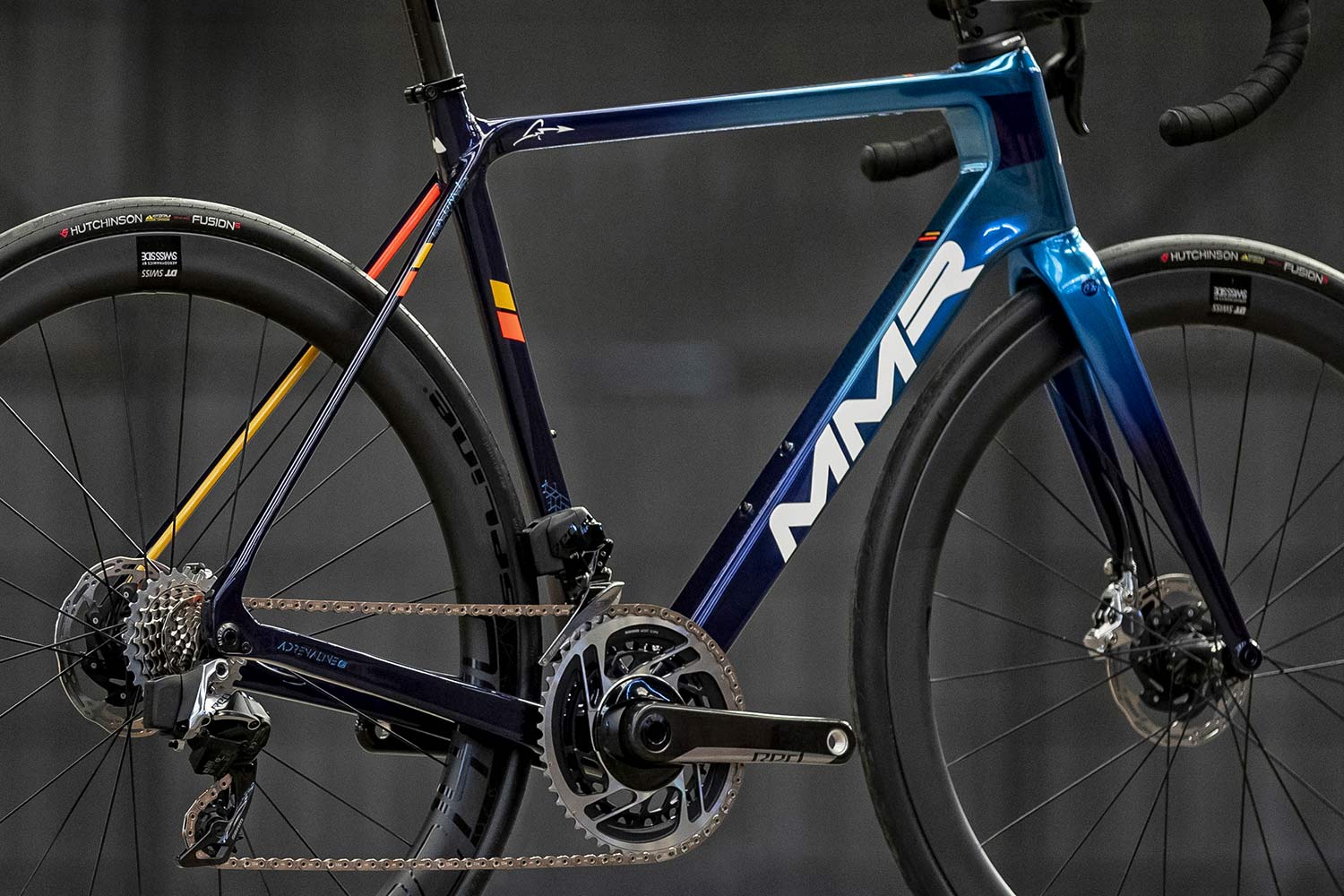 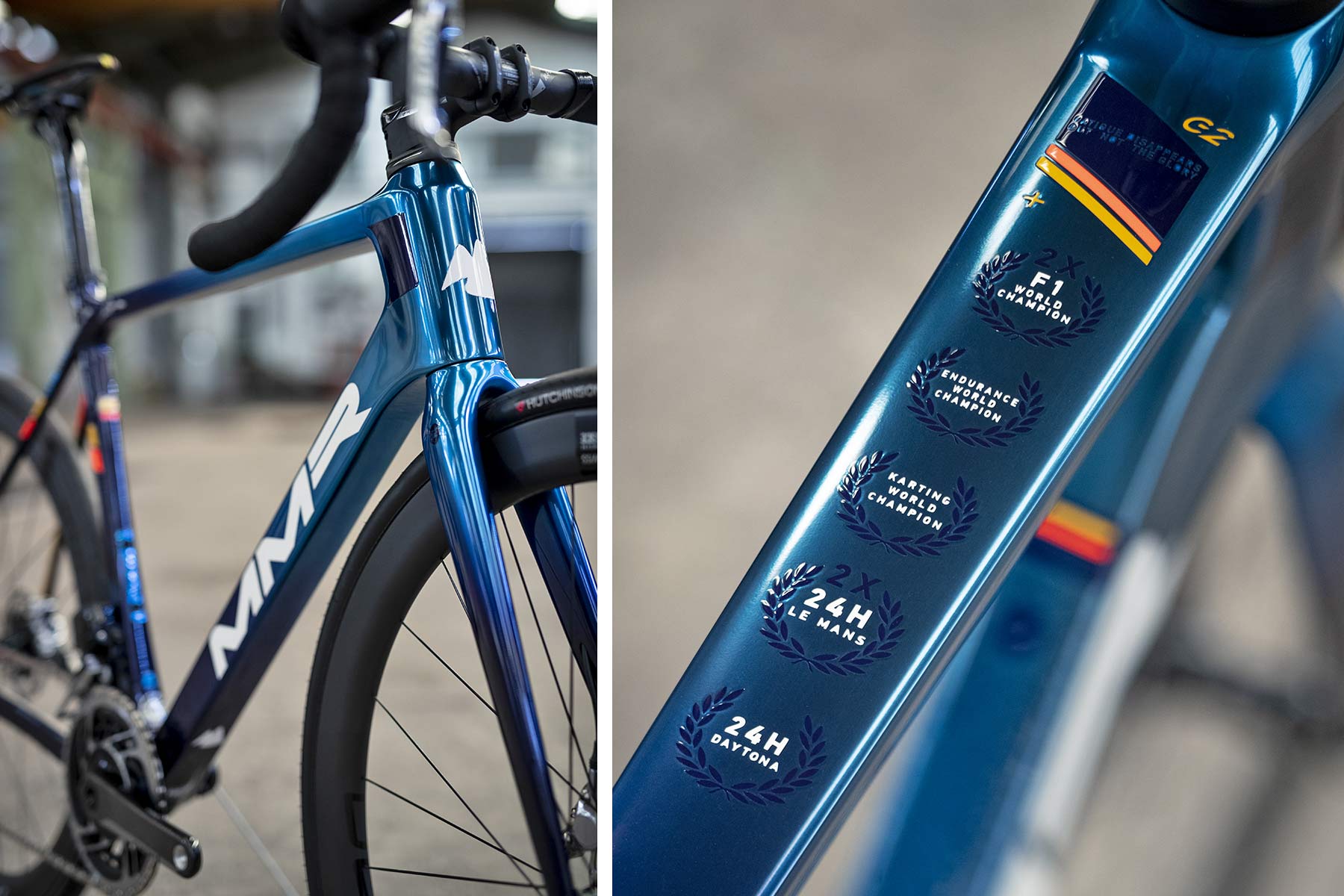 The regular top-spec 2021 Adrenaline SL 00 also shares a similar build, with the more conventional silver-to-black fade paint for 6360€, with a lower-spec DT PRC carbon wheelset. The regular Adrenaline SL 00 is available in five stock sizes (XS-XL), with geometry designed to be comfortable for all-day riding.