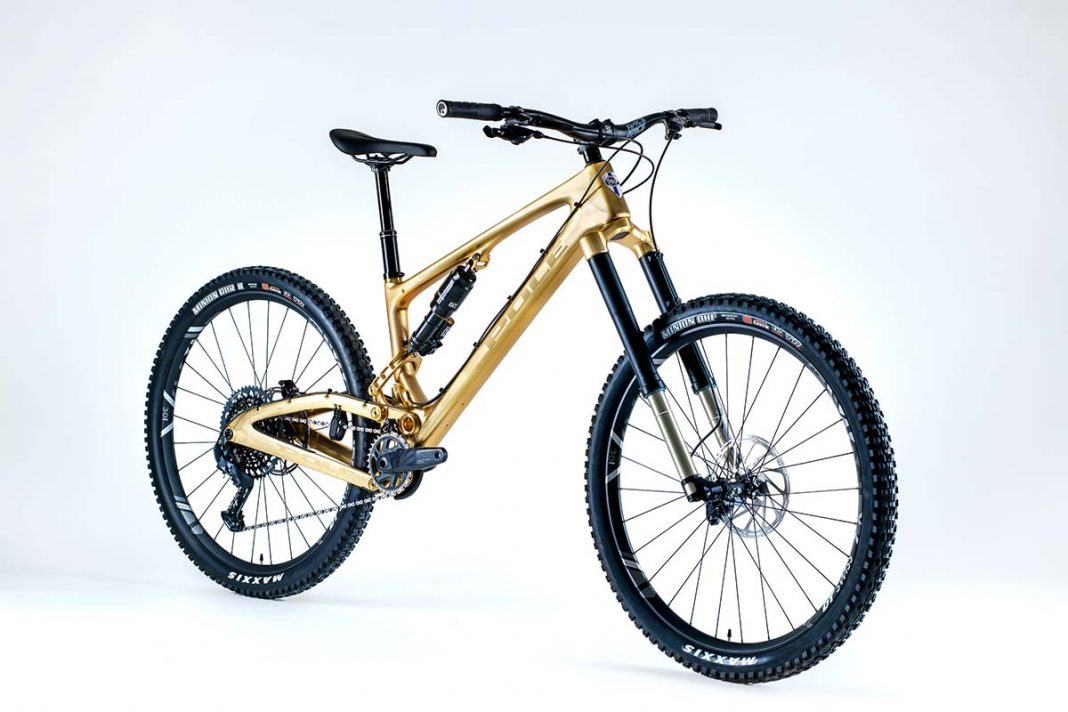 Pole Bicycles have sent out a rather unusual press release, admitting to the brand’s past failings. Holding their hands up to mistakes made in relation to poor customer service and a media test of a prototype Stamina swing-arm that wasn’t quite up to standard, the PR reintroduces the company as Pole 2.0, a bicycle brand resolving to do better by their customers.

In addition to improving their customer service by vastly reducing response times, the Finnish brand re-engineered the Stamina framesets last year with stronger swing-arms, thicker frame walls and a keyed headset insert. Cory covered the ins and outs of those changes in a previous post. Now, Pole are pleased to release the results of some rigorous testing at EBFE. And, listening to the needs of previous customers, they’ve gone above and beyond with a new Electrophoretic Lacquering paint job. Here’s more. 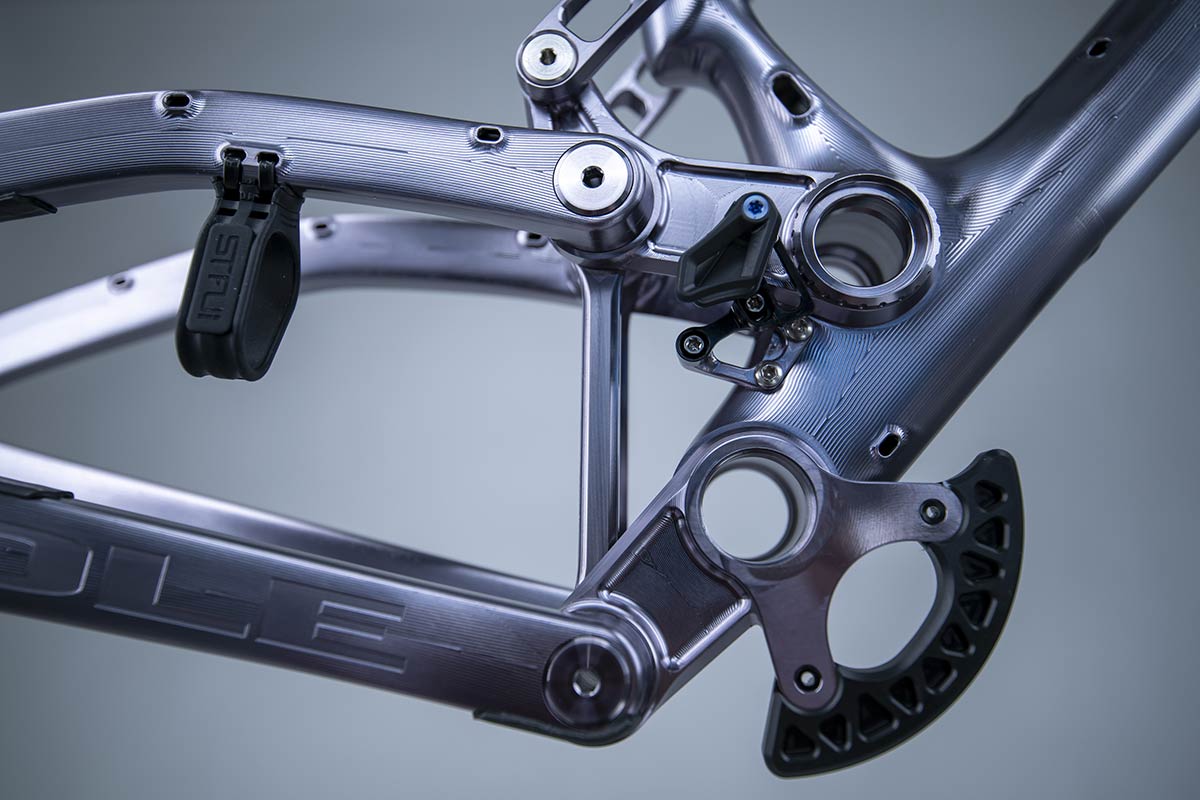 First up, how exactly do Pole know the Remastered Stamina is stronger than before? The Dog Bone swingarm that replaced the old Shark Fin design is said to be almost unbreakable. Where’s the evidence? That lies in the Stamina’s testing at EBFE Prueftechnik GmbH, Germany.

Not only did the Remastered Stamina surpass the recommended standards for frame testing in the industry, it was also awarded the EFBE TRI-TEST seal. What’s that when it’s at home? It’s a test method that incorporates fatigue tests, maximum load tests, and overload tests, providing a time-lapse simulation of the stresses a bike is set to experience throughout its lifetime on the trails. 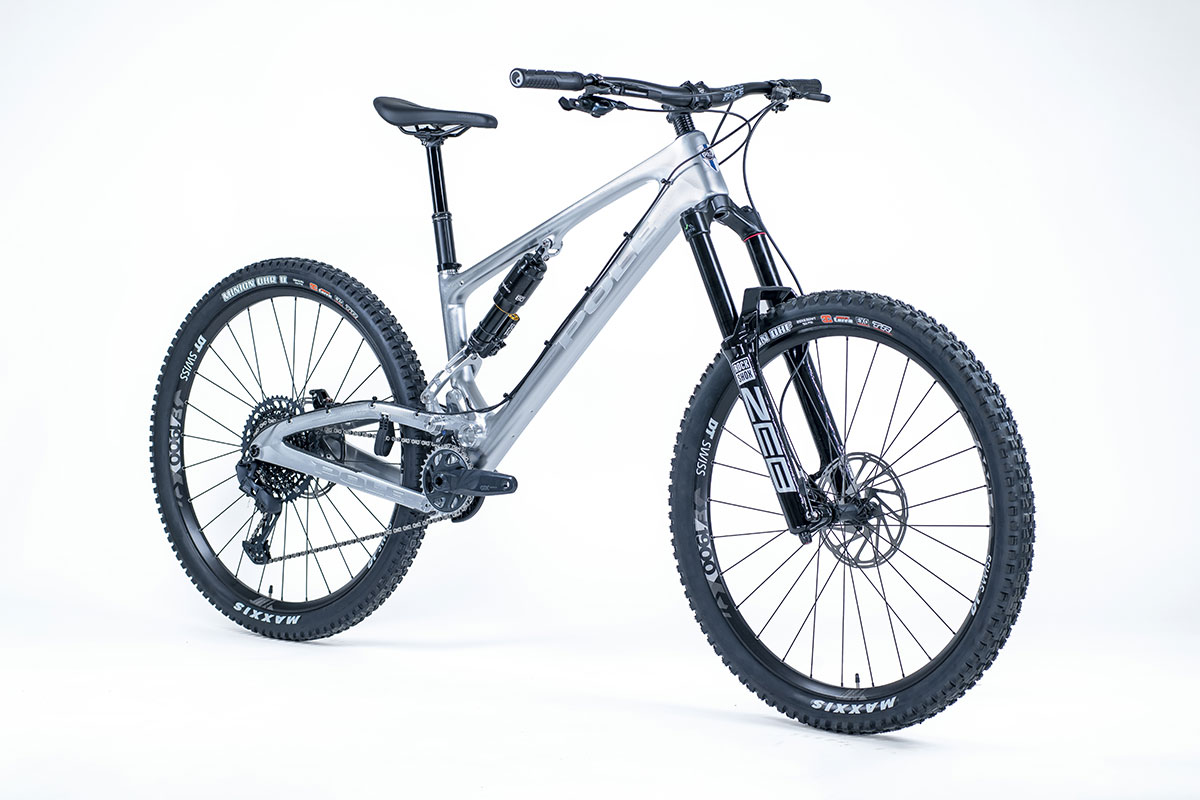 “We are happy that Pole Stamina passed our EFBE TRI-TEST GRAVITY with flying colors – the most comprehensive and realistic test program for DH and Enduro bike frames, going way beyond ISO 4210 requirements with increased test forces and added load cases, which reflect the harsh realities for a modern long-travel Enduro frame.” – a quote from EFBE Prueftechnik GmbH.

Pole Bicycles explain exactly how the Stamina has been remastered in the video below.

AKA The Paint Job. 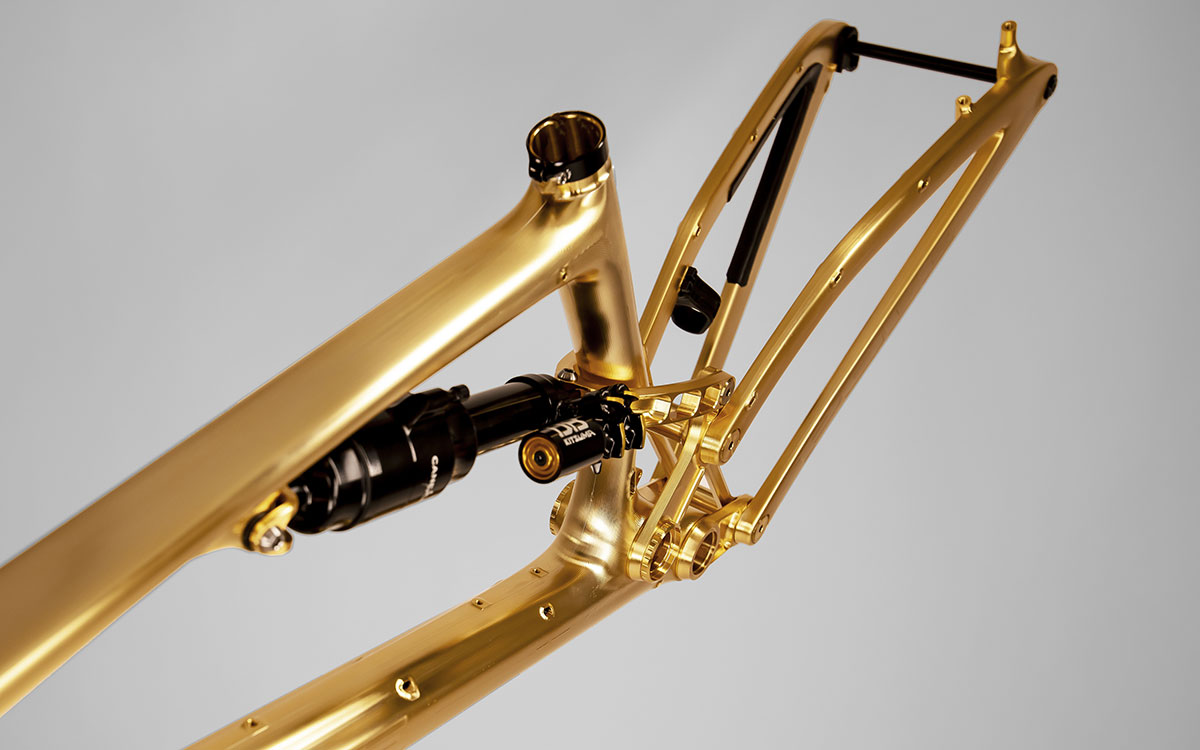 “We have listened to our customers and the message was loud and clear: They want their RAW finished bikes to look amazing for longer. Not everyone is a fan of the patina that forms on the frame surface over time.” – Pole Bicycles

Electrophoretic Lacquering is a coating process commonly used in the jewelry industry. The resulting surface is harder than that achieved through anodizing and the finish is completely clear, preserving the RAW look Pole Bicycles are known for. 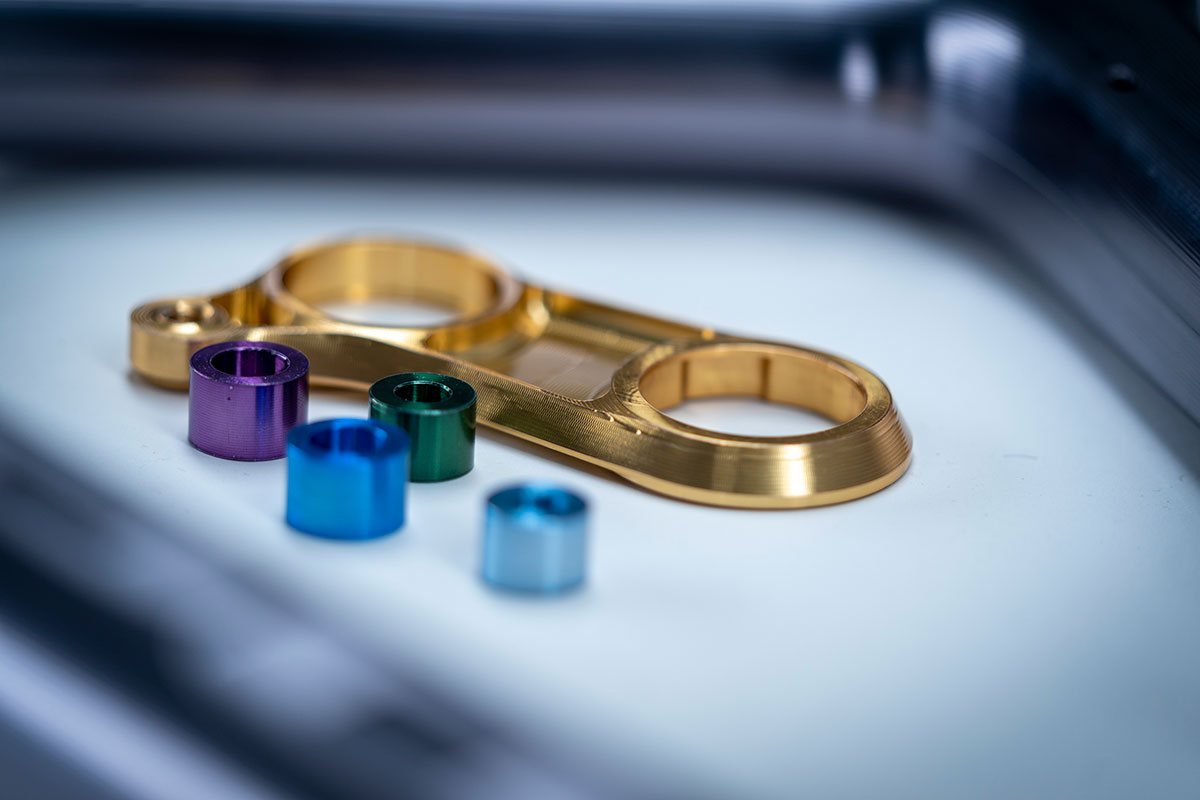 As the name suggests, the process involves electricity and exposing the processed part to different solutions. First, the surface is cleared from aluminum oxide and other materials present in the alloy, like zinc, copper, and magnesium. Then, an electrical circuit is made between electrodes and parts being processed.

When voltage is introduced to the solution, the lacquer attaches to the surface of the parts. Finally, the parts are cleaned and placed in a low-temperature oven to remove any moisture and residue left over. The resulting finish is said to be very durable, and is only a few microns thick

Kicking off with Total Gold and Storm Grey, Pole have big plans to offer limited color runs on all Stamina frames going forward. Storm Grey and True Gold will be available as an additional upgrade to any Stamina from 250€ for a single colored frame. 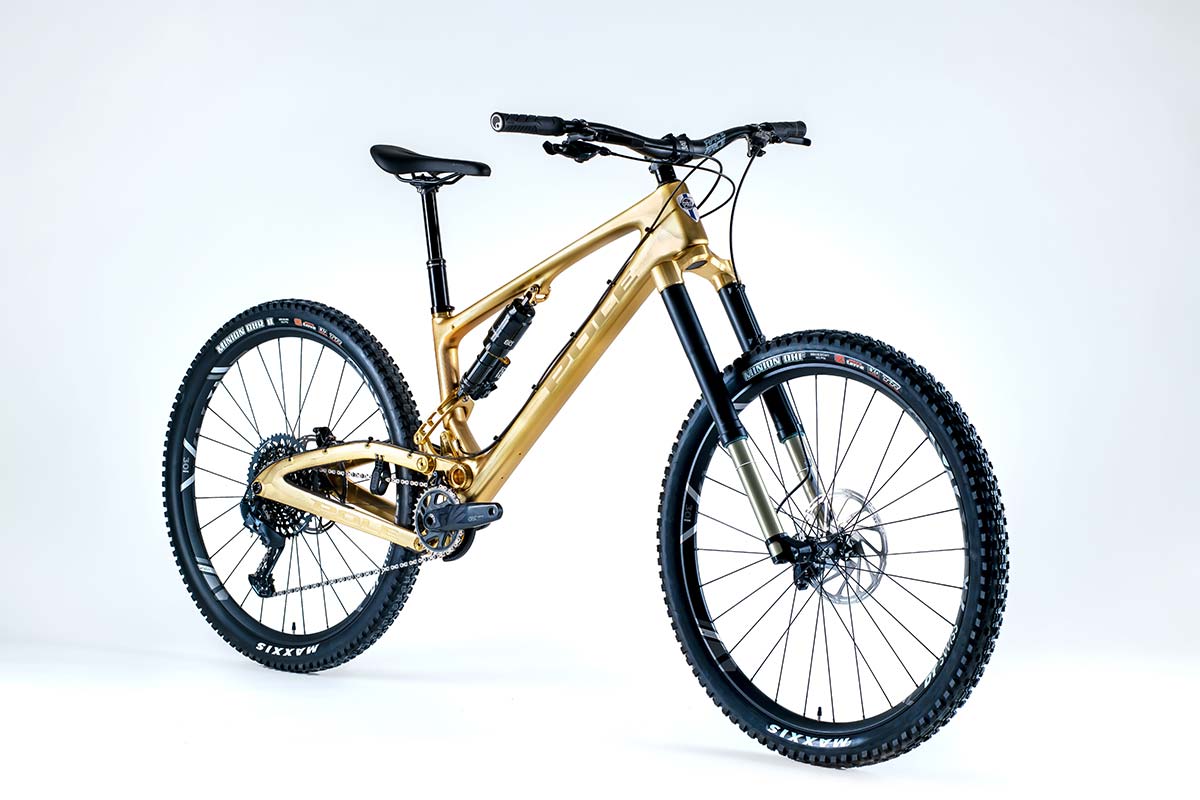 If you’re wanting to add even more color combinations to your frame, they’ll be offering the same color options to all shock yokes and links on Stamina frames for 100€. As an introductory offer, all Stamina frames purchased between now and the end of April will be available in True Gold or Storm Grey in addition to the standard Raw Clear for free.