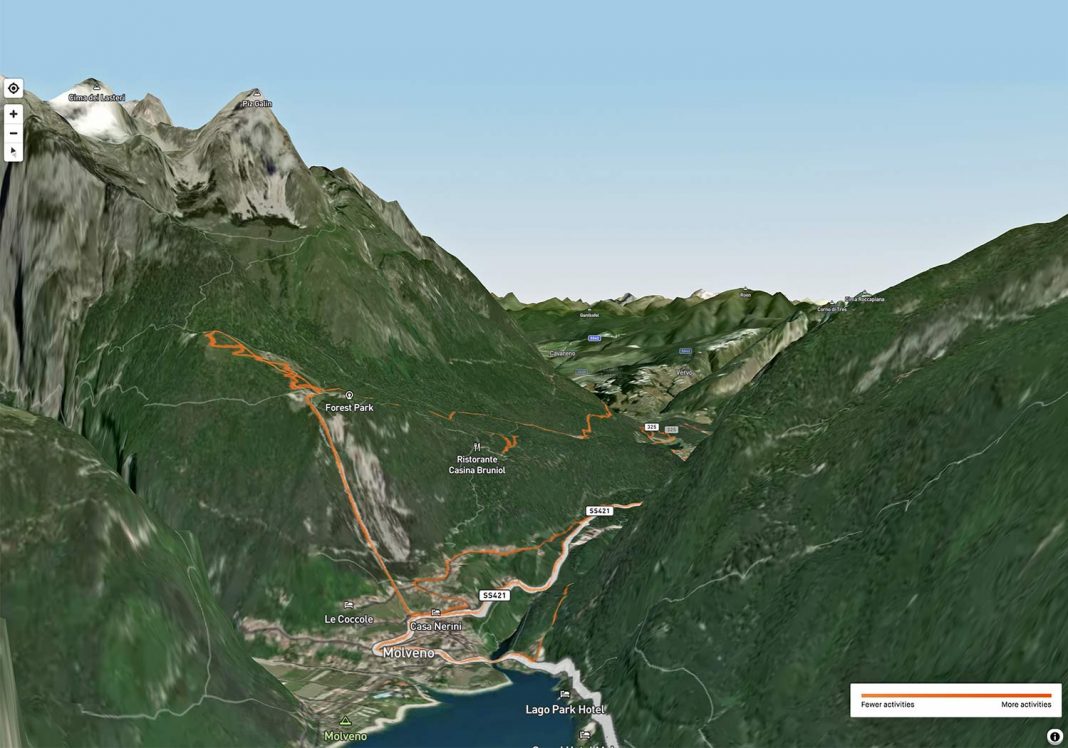 Strava gives premium users another way to look back at their favorite riding spots with new 3D heatmaps. Overlaying all of your activity data over the terrain & aerial photo layers Strava already let you pick from, their new 3D Terrain Mode option for Personal Heatmaps gives users a new perspective on past rides and another tool for fellow map nerds to geek out on… 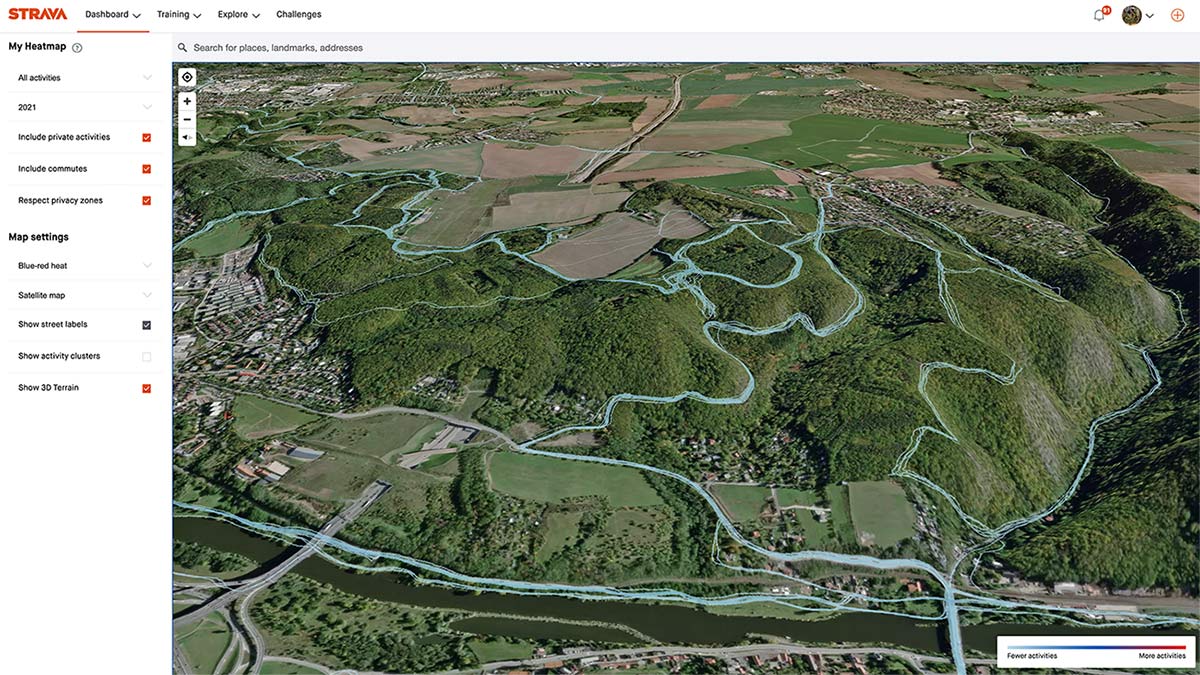 While heatmaps have been in the background powering their routing for almost ten years now and alternative transport analysis more recently, Strava 3D Heatmaps now offer a new, more interactive way to visualize places you ride frequently or even those you’ve not been to in a while.

The new option to “Show 3D Terrain” allows premium Strava subscribers to switch any of their heatmap views into 3D to get a more immersive perspective looking at past activities.

You can stick with standard satellite aerial photo views, or toggle light/dark map layers or the regular topo map layer. Plus, switch heat map line colors as well to best see activities over the base map you choose.

It’s certainly a fun feature to play with, even if it does remind you of just how much climbing there was riding in a certain area. We liked seeing how the different tracks at our favorite bike parks overlap on the side of the mountain.

Unfortunately for now though, I notice that the vast majority of my activities – especially those a year or more ago – don’t seem to show up in the most recent automatically generated heatmaps, no matter what time period that I select. Hopefully, that is something that Strava will catch up on soon.

On a similar note, I also miss being able to create a custom heatmap just for a specific time period – like the dates of our COVID-19 lockdown, which could be fun to look at. So, I guess we’ll just leave that as a note for their dev team.

Strava tells us that 3D Heatmaps is their first new feature to bring together activity data with three-dimensional base mapping (courtesy of new integration with MapBox), but it’s not going to be the last feature to take advantage of 3D mapping capabilities. We wouldn’t be surprised to see 3D pop up in Route creation, or maybe event Segment Explorer in the near future?

Strava also has upgraded much of their Satellite Map backgrounds to be more recent (less than two years old for most regions) which should give more accurate aerial views when planning rides, creating routes, or just looking at your uploaded activities. And also paired with the MapBox integration, now when you record a ride in-app, you should see that same Strava topo map as standard instead of the default Apple Maps/Google Maps view your phone used to display.