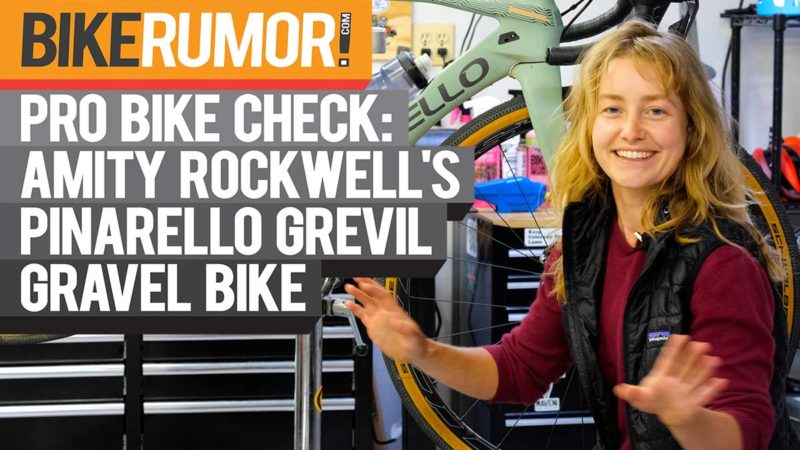 When Amity Rockwell rolls her Pinarello Grevil Bike into my garage, the downtube is splattered with mud. The cockpit is covered in dust. The seat pack under her saddle wears a solid coating of dried dirt, too. This Grevil gets ridden, and hard.

If you don’t know Amity, you should: She’s the reigning champion of perhaps the world’s most important gravel race, Unbound Gravel (Formerly DK). She won it in 2019, and since the 2020 event was cancelled due to Covid, Rockwell remains the reigning champ. 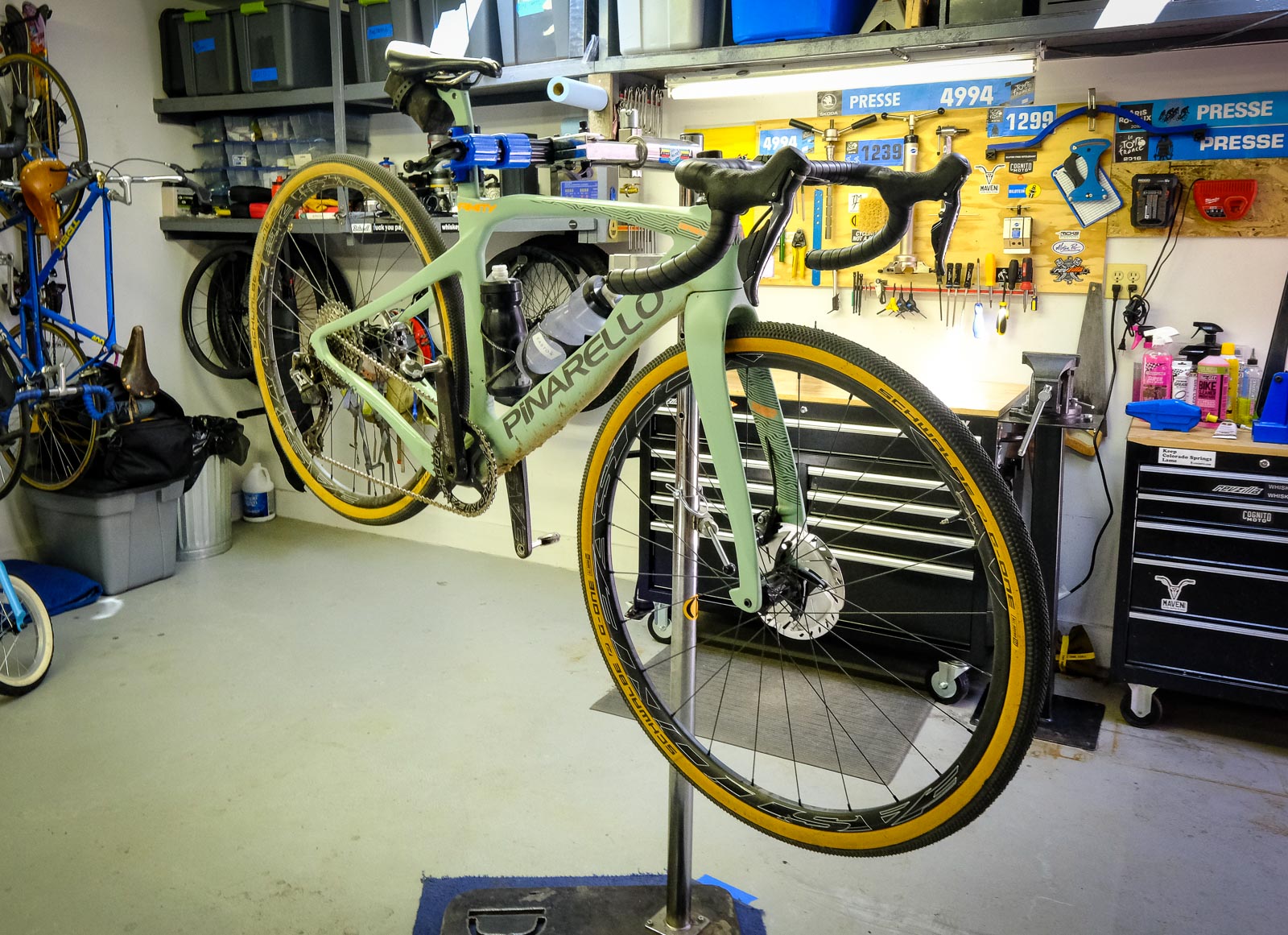 But racing stands ready to return, and Rockwell’s ready. She signed with Pinarello’s Scuderia team, as well as Easton Overland, and judging by the gritty coating all over her Grevil, Rockwell isn’t wasting time getting ready to perch herself atop a fair few podiums. 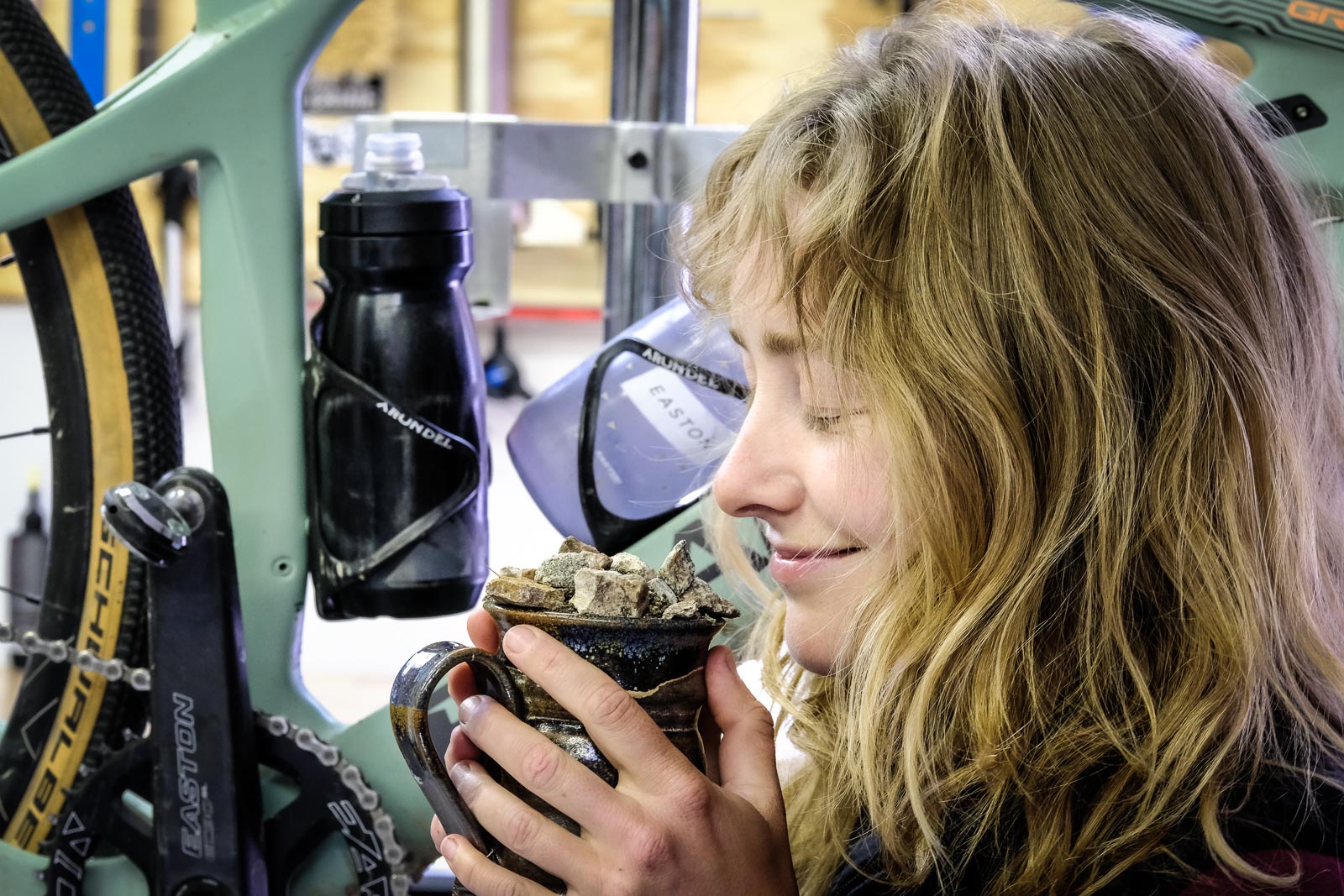 Rockwell is still the reigning champion of Unbound Gravel; COVID gave her a bonus year with the crown. 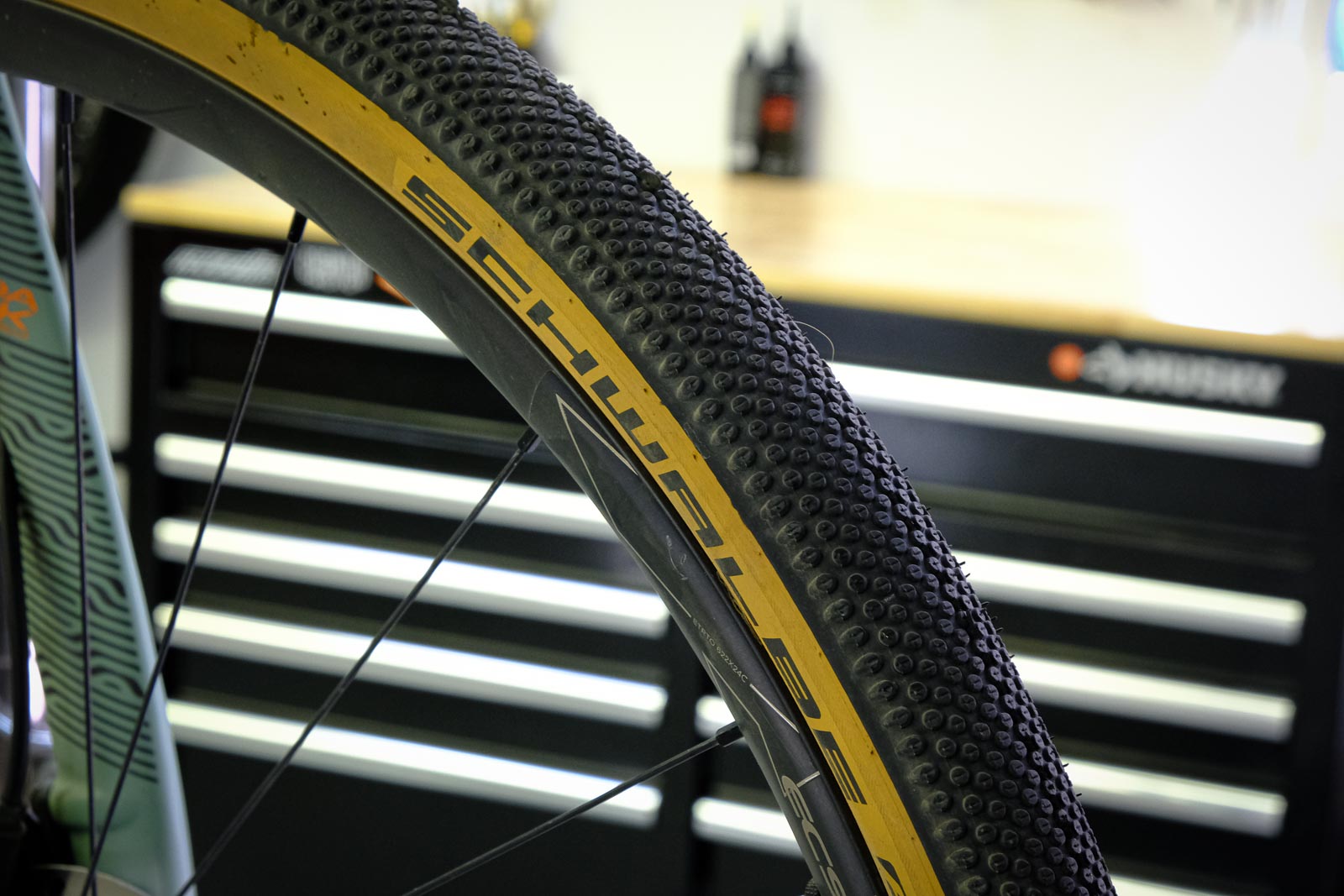 Rockwell runs Schwalbe G-One Allroad tires. She says the tires get better as they wear. 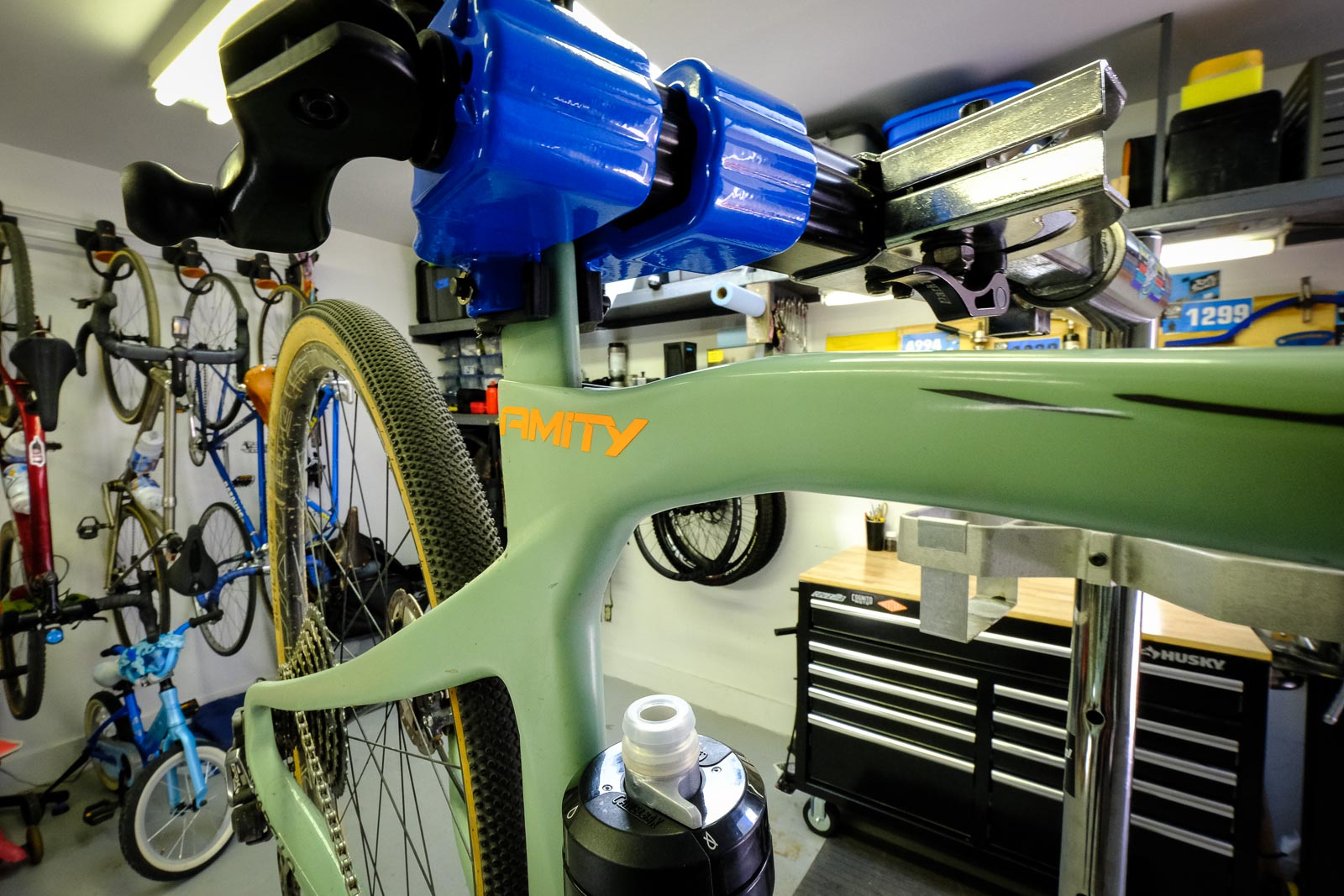 The Grevil may be a departure for Pinarello in terms of utility, but the Italian brand’s iconic sweeping tubes still abound.

She’ll make those challenges aboard her Pinarello Grevil. The one in my work stand in the garage has been Rockwell’s only bike for months now. But when race season starts, she’ll have a new Grevil waiting for her with a new paint job. 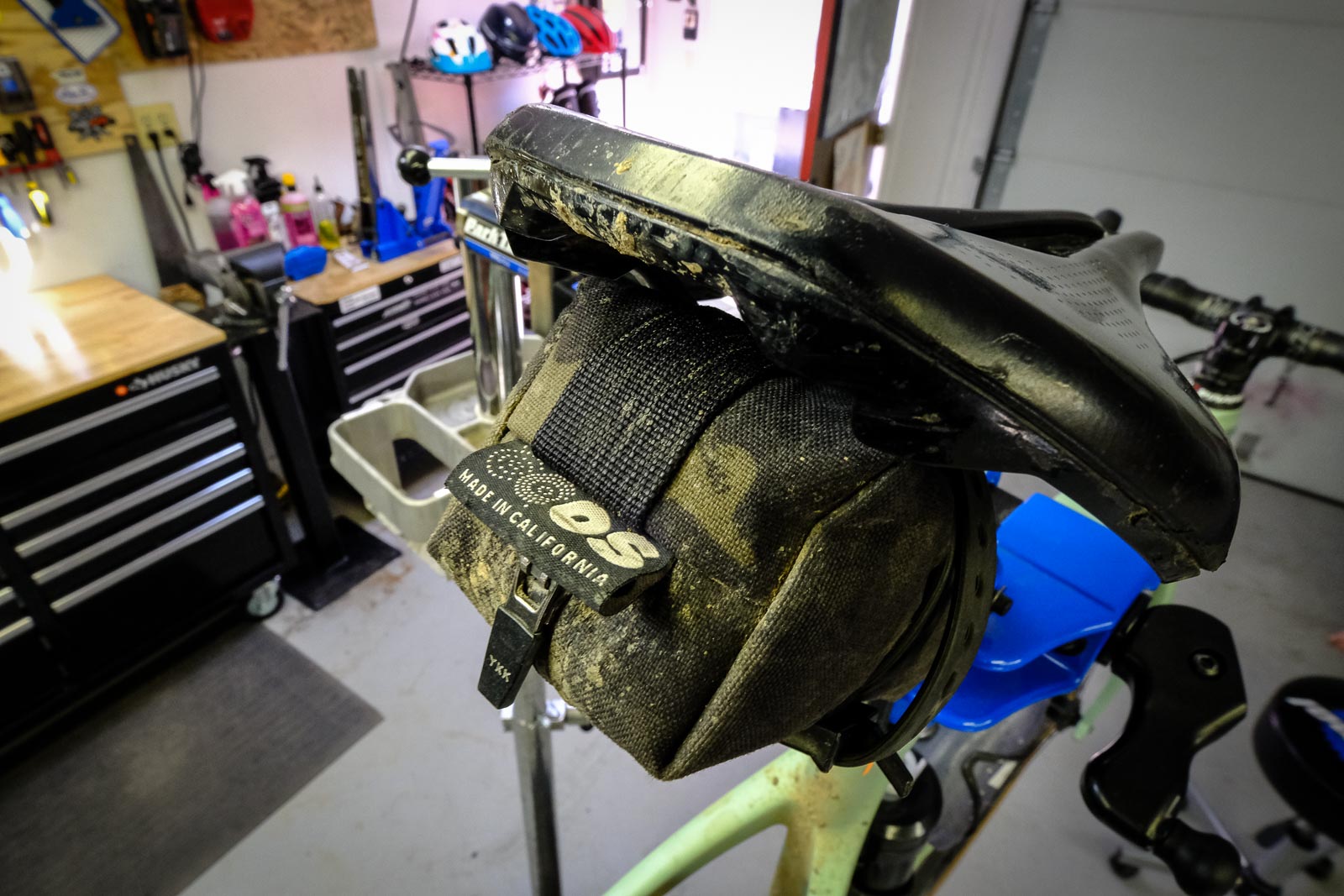 Rockwell’s saddle bag is made by OuterShell, a San Francisco-based company.

To get the rundown of Amity’s Pinarello Grevil, be sure to watch the video above. Want to know what Rockwell runs for tire pressure? What does she love about those Schwalbe G-One Allroads? And, wait a sec, are those road pedals on her gravel bike? 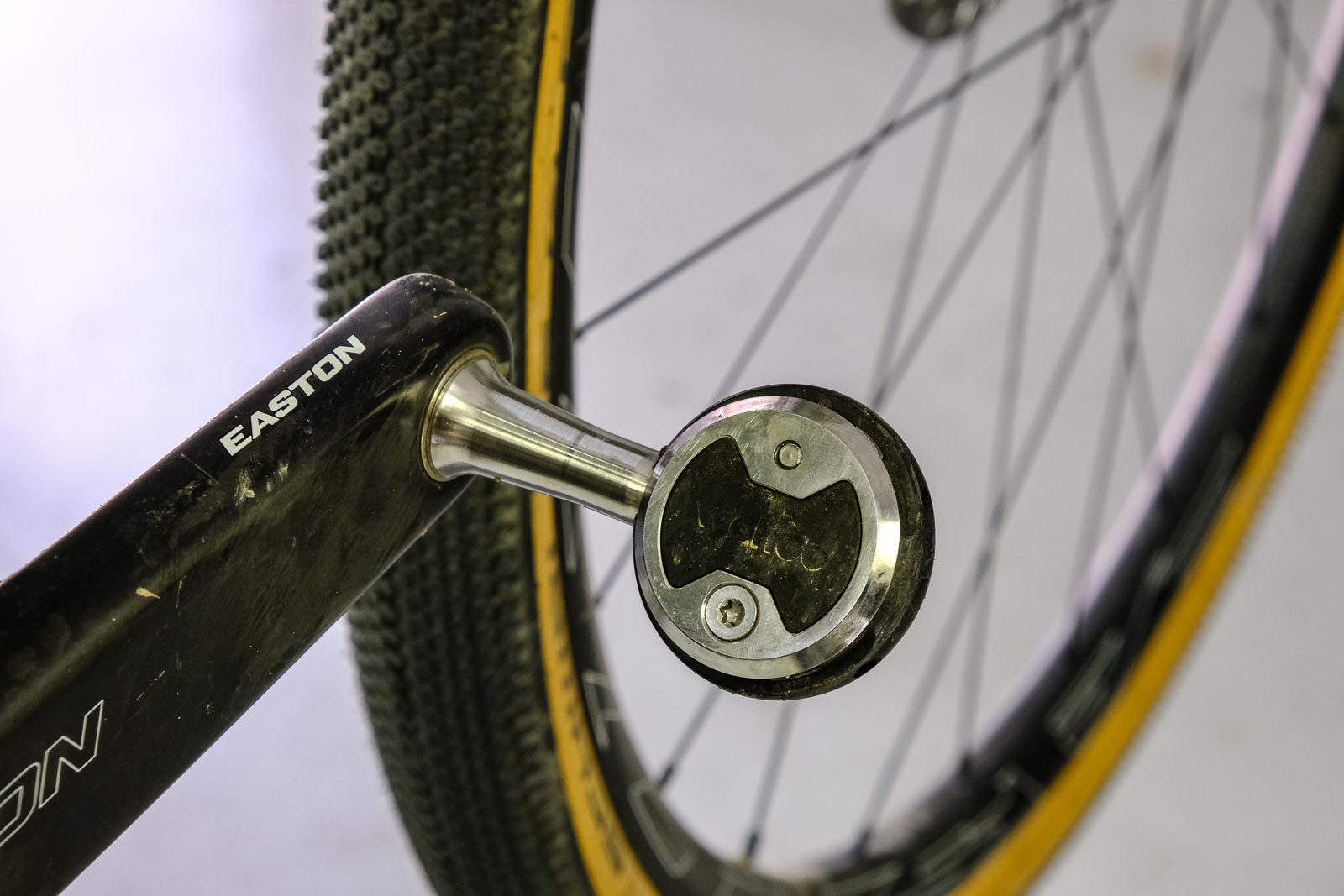 Rockwell runs Wahoo Speedplay pedals, even though they’re made for road riding. “I run what I got,” she says.

Rockwell explains it all. And if you want to learn about Amity’s most important non-bike-related piece of gear, be sure to check out this follow-up video. (Her constant traveling companion isn’t human and she found it in a hardware store.)