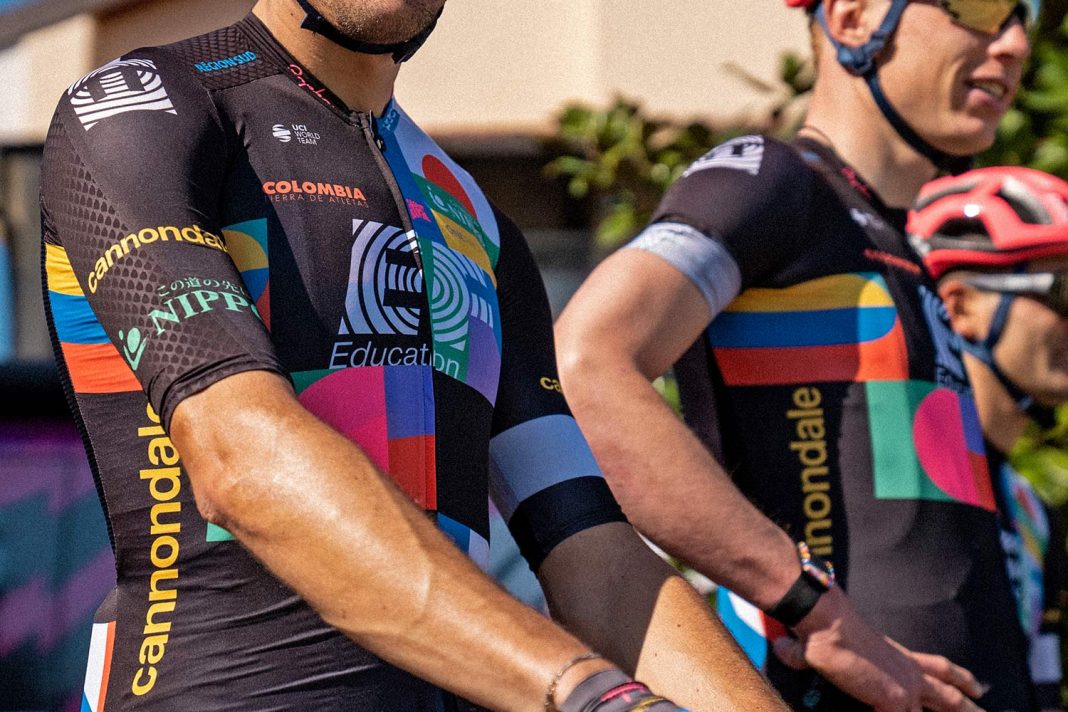 The 2021 Giro d’Italia is set to kick off this weekend and Rapha has a couple of tricks up their sleeve to outfit the EF Pro Cycling team. Developed over the past two years, Rapha has a new TT Aerosuit that claims to be their fastest-ever time trial skinsuit – not bad since the current version has also claimed a few time-trialing World Championship titles. And of course, since Rapha pink doesn’t go so well with Giro pink, there’s a new colorful limited edition Euphoria switch-out kit for the EF Education-Nippo riders to wear for the next three weeks around Italy…

The new TT Aerosuit will get its first race debut soon at the 2021 Giro d’Italia care of EF Education-Nippo, then Canyon//SRAM will give it a go later in the month. 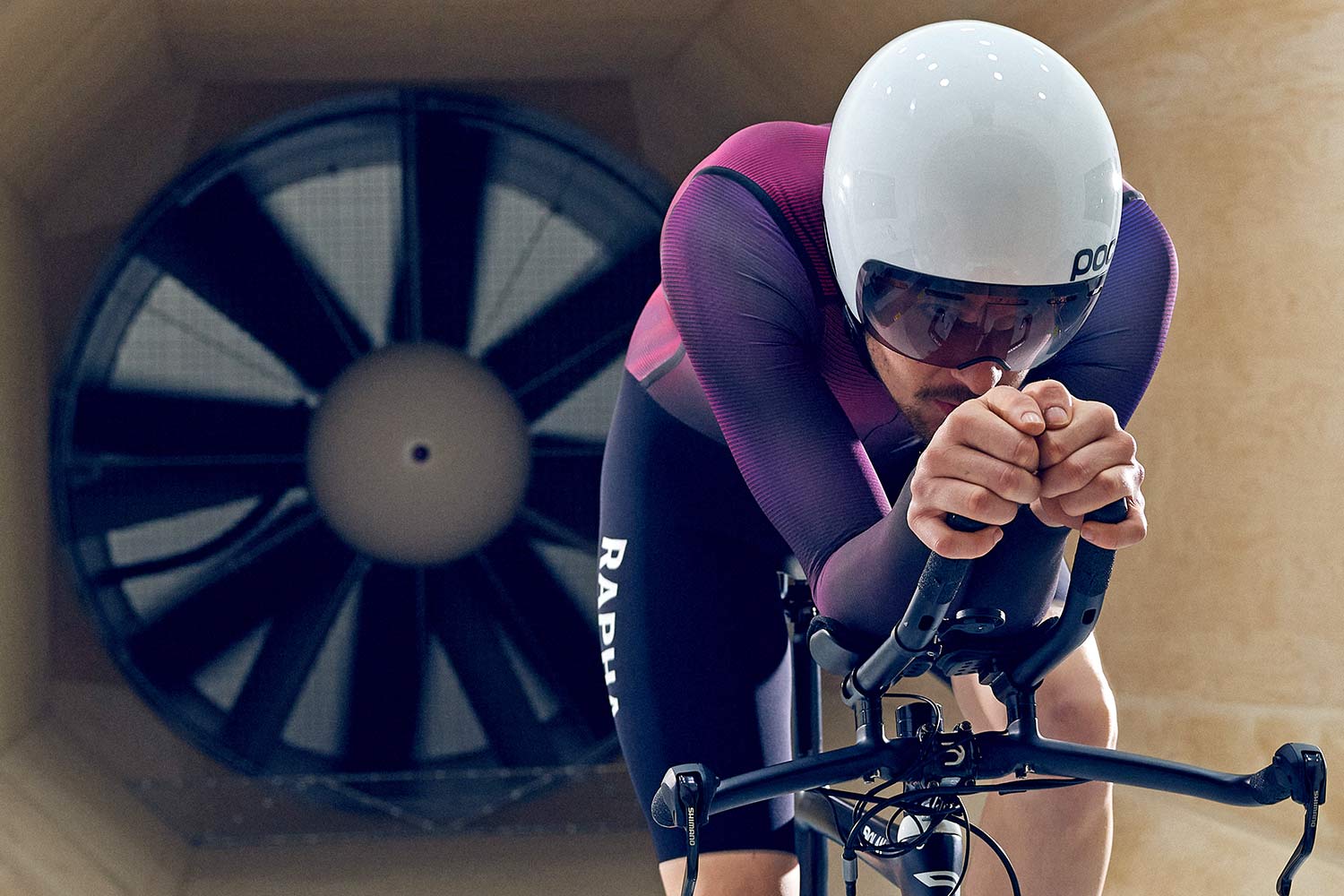 The secret to speed appears to be a perfect mix of smooth & textured fabrics across the skinsuit, socks, overshoes & gloves that came out of extensive testing in the UK’s Loughborough University & Silverstone Sports Engineering Hub wind tunnel. Where fabric surface texture was shown not to be important, Rapha opted for the lightest smooth fabric for a compressive ‘second skin fit’.

Rapha says the final pattern designs, seam placements & fits are the results of over 40 prototype skinsuits tested in six sessions with their male & female development riders, now ready for the pro Grand Tours.

Little more concrete information is available yet on the new TT Aero kit family, other than that Rapha expect to make it all available to consumers as part of their Spring/Summer 2022 lineup. 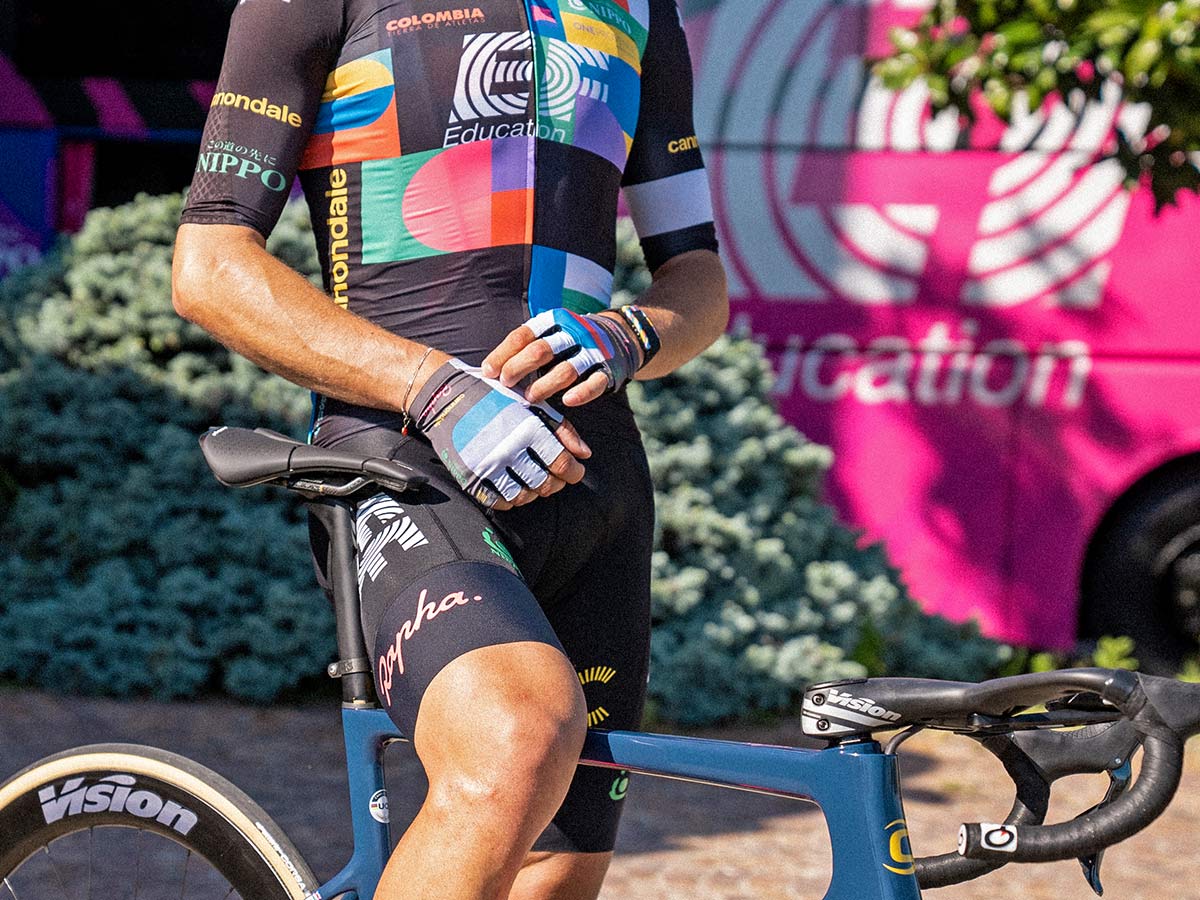 Once again the EF Education-Nippo pro cycling team is prepped to start racing the Giro d’Italia in a special limited edition kit so they don’t clash with the maglia rosa. To make sure their regular UCI-compliant Rapha pink kit doesn’t overshadow the Giro’s pink leader’s jersey, EF Pro Cycling are getting a colorful new kit. 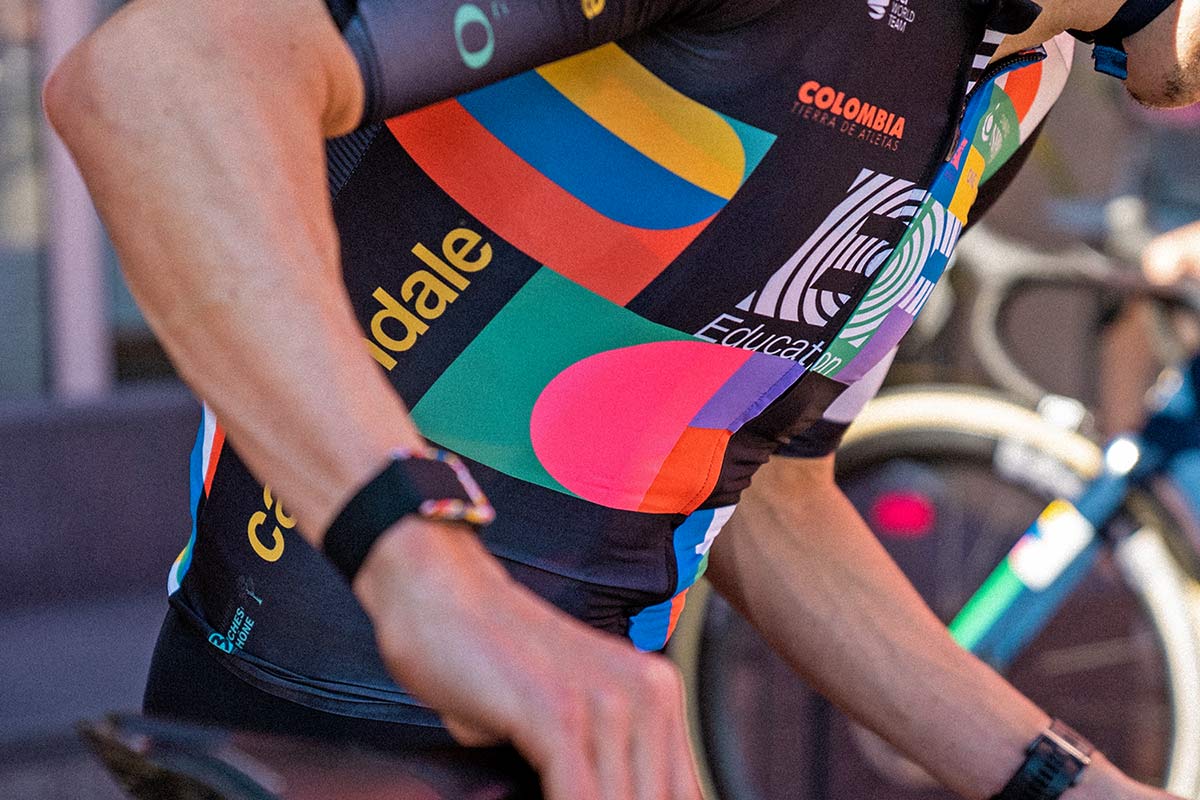 For the next three weeks, the EF riders will be sporting this black Euphoria collection kit meant to invoke a kaleidoscope of colors to represent riders from countries around the world. For now, it is exclusively for the team, but when the Giro wraps up at the end of May Rapha says they’ll make the 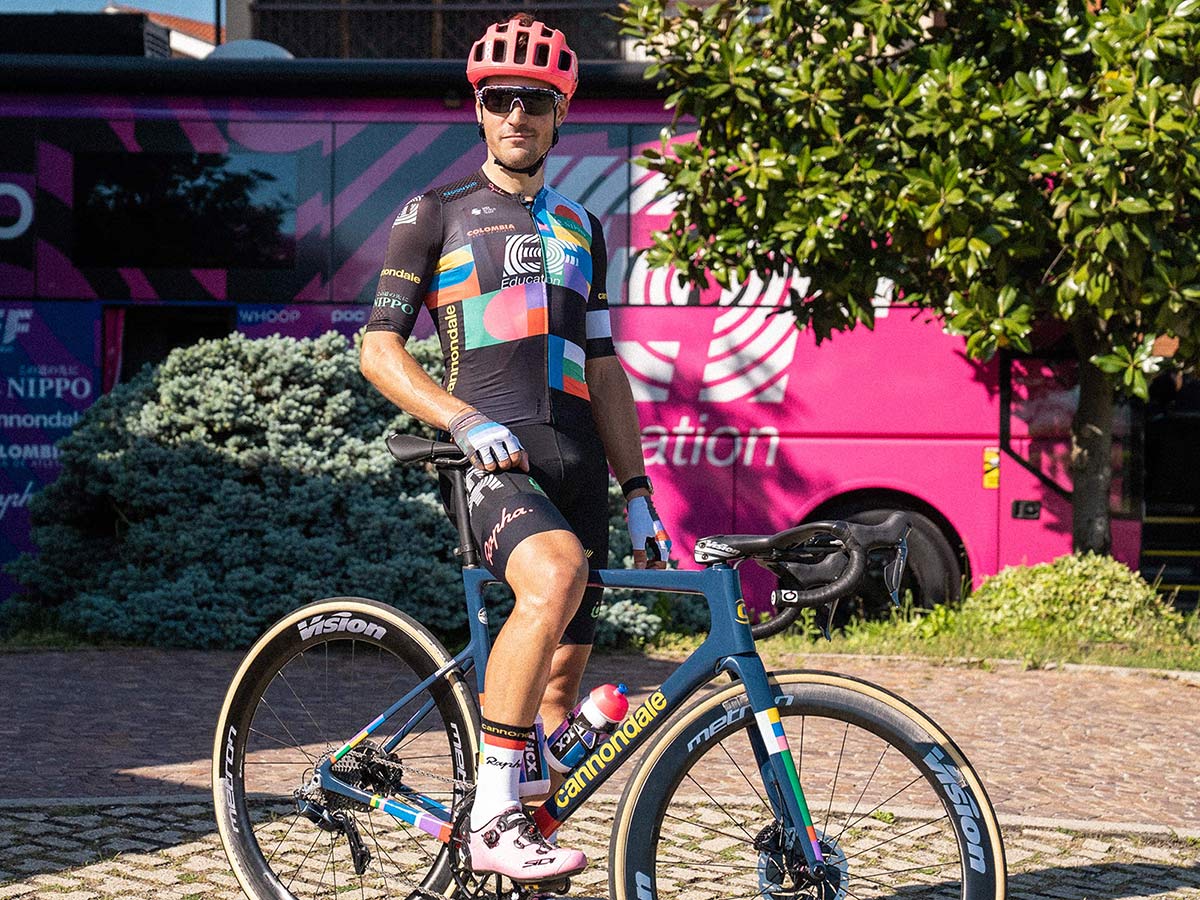