So, we wondered…what does that mean for the company? When can we expect it to go on sale? Will road and mountain bikes start shipping with a Driven driveshaft group anytime soon? So we sent him some questions…

BIKERUMOR: You reached your funding goal very quickly, was this through a couple of big investors? Or lots of little ones?

JS: Overall, the per-investment dollar amount reflected large investors. We had a couple of substantial investments come in within the first hours the opportunity went live. Furthermore, the ten largest investments of the first two days accounted for over $800k, or more than 80% of the $1M goal. BIKERUMOR: If I’m being honest, this seems like a huge technical challenge to get the Driven system to a point where it can go on conventional bicycles…the demos at Eurobike have been less than smooth at times. But that was more than a year ago now, how has the project progressed?

In hindsight, even with some of the demonstrations not going as planned, we were still thankful to be able to present the system in its raw state of development. It was clear to most people how the patented shifting technology was supposed to work, we just didn’t have it fully bullet-proofed for the show. A few more weeks and we’d have been there.

Since Eurobike, a novel approach to increasing the strength of the bearing-tooth interface is under development. I can’t discuss too much, but we are using rolling elements, a new bearing of sorts, applying it to the drivetrain in a different manner.

This new design will also allow for much wider cog teeth, yielding greater strength, yet still eliminate the sliding friction seen in fixed bevel gear sets (and moving away from the sliding friction of traditional chain pins/bushings). We have also prototyped what we call the snap-shift feature, which will decrease shifting times, allowing shifting at a much higher cadence than the Eurobike prototype.

BIKERUMOR: Barring the fact that you need a bicycle frame made specifically for it, what has been the biggest technical challenge in creating this system? 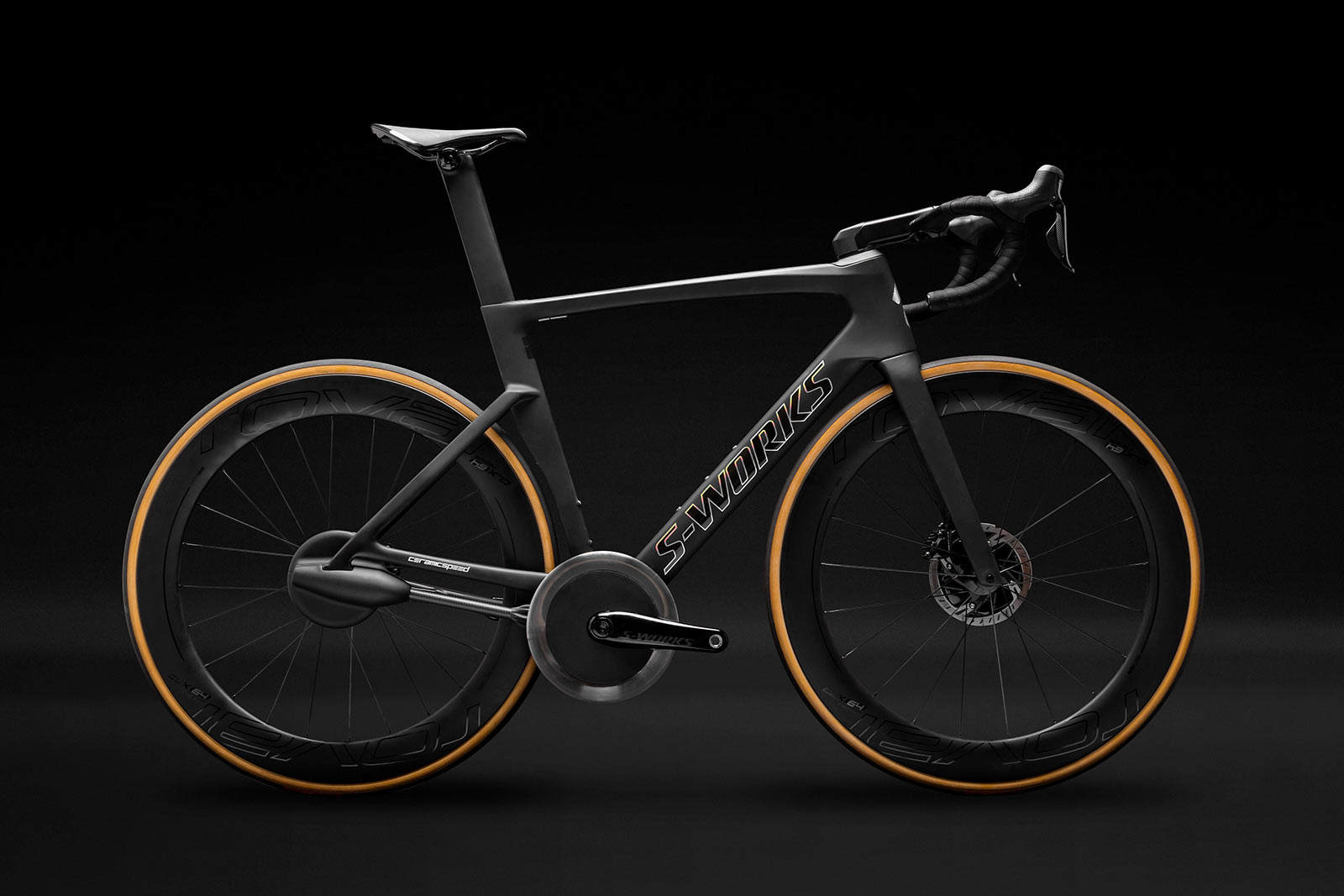 JS: We bottlenecked when we needed quick turnaround on prototype alloy parts. Being a small team, we’ve been pretty nimble with ideas and design revisions. We have multiple 3D printers for single-day turnaround, but plastic/carbon parts can only go so far. We experienced a longer than desired turnaround when we needed to test alloy parts, as we don’t have a CNC mill in the Boulder lab. With an in-house alloy CNC mill, we could have vetted ideas for strength and functionality at a much more rapid pace.

Moving forward, we just placed an order for a CNC machine considering the successful funding round. Another challenge was getting the shifting timing set up. We have multiple sensors and actuators in the driveshaft and pinion. Shifting is a timed event. Relatively speaking, it’s not too complex, yet we struggled somewhat getting that to all come together.

We realized that the Team’s core strength lies in mechanical systems! Not so in electronics. However, realizing this, and again now that funding has been realized, we are actively looking for an experienced EE, preferably from within the cycling drivetrain industry.

BIKERUMOR: About the bikes, Specialized and Canyon have made prototype road, TT, and mountain bike frames for the project, has anyone actually ridden those out in the real world?

JS: The Specialized and Canyon bikes demonstrated at Eurobike were non-rideable. Mostly for showing concept. But the Specialized S-Works Venge seen at the show was the actual bike tested in the Win Tunnel at Morgan Hill to analyze the aerodynamic benefits.

We have rideable bikes, dubbed the ‘test mules’. One of the mules can be seen in the Driven video; bring ridden at the Boulder Velodrome by Ty Butterfield, hitting 45kph. These rideables are continuously being hacked, and aren’t as photogenic as the show bikes. 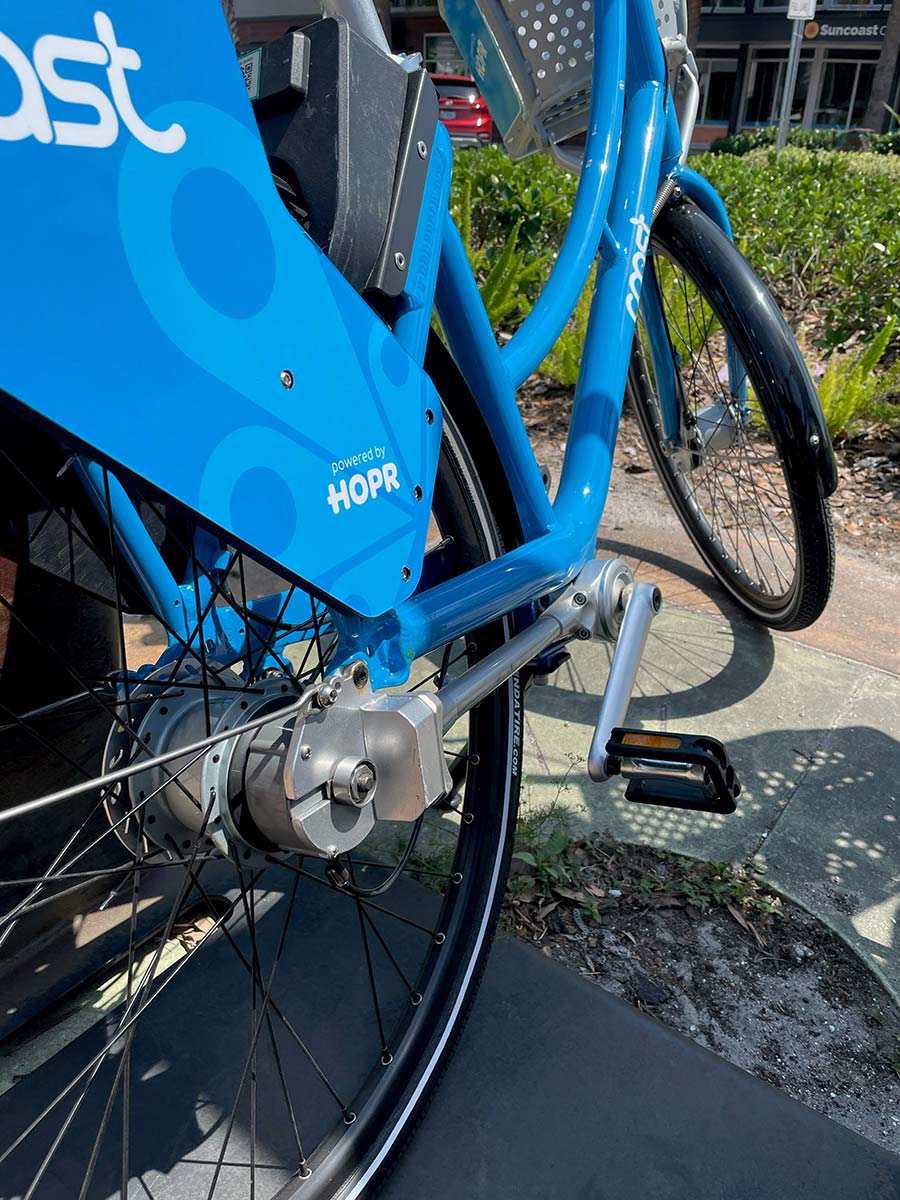 BIKERUMOR: Driveshaft bicycles have been done before, just not with an external “gear” system like what you’re developing. Why not just use an internal gearbox up front, or internally geared rear hub instead? Seems like those would be much easier, and are proven in the wild, no?

JS: Traditional bevel-geared driveshafts mated with rear internally geared hubs (or front gearboxes) would be easier, and they are proven. (See photo above). However, the biggest drawback with this type of system is efficiency.

Traditional bevel-geared driveshafts are very inefficient. Gearboxes are similarly inefficient. Put the two together and this setup could rob upwards of 20% of the rider’s power. That’s a deal breaker, and that’s why shaft and gearbox combos are not more common. Compare this to the Driven System, which is 99% efficient.

BIKERUMOR: I can’t remember if I heard this at your booth, or if this was my own assumption, but at some point was Driven more of a proof-of-concept that you were hoping to license to another drivetrain manufacturer? Or has the goal always been to manufacture this as your own company and start competing with Shimano, SRAM, and Campagnolo?

JS: Init​ially the plan was to license the IP. After the first EuroBike when Driven was introduced, we had a couple of companies reach out to CeramicSpeed to discuss purchasing the technology. We ended up not reaching agreements.

We learned companies acquiring IP usually prefer to move forward with a product at a certain maturity level; a level higher than Driven was two years ago. At that point, we decided to continue development internally and continue forward momentum towards manufacturing of our own product. BIKERUMOR: When do you receive the proceeds from the SeedInvest funding round?

JS: The round is closing this week. Funds will be available to Driven Technologies in about two weeks after closing; so relatively quick access to funds.

BIKERUMOR: What then? What’s the first thing you’ll be spending money on?

JS: It’s great to achieve 100% of the funding goal and enact our “Hammer Down” business plan. We had a few versions of business plans, based on the level of funding.

We’re relocating to a new R&D/fabrication space in Boulder; large enough to handle the expected company growth. New CNC mill. Another 3D printer. An offer is out to an additional MechEng. Search for EE and BizDev people underway. Essentially, we are bringing on additional technical and business creativity, more space, and more tools. That’s a powerful recipe for disruption!

BIKERUMOR: What’s the current state of the Driven system? How far are you from having a “production ready” version?

JS: We’re shooting to have a fully functional and tested system within 6-9 months, ready for discussions with manufacturing partners.