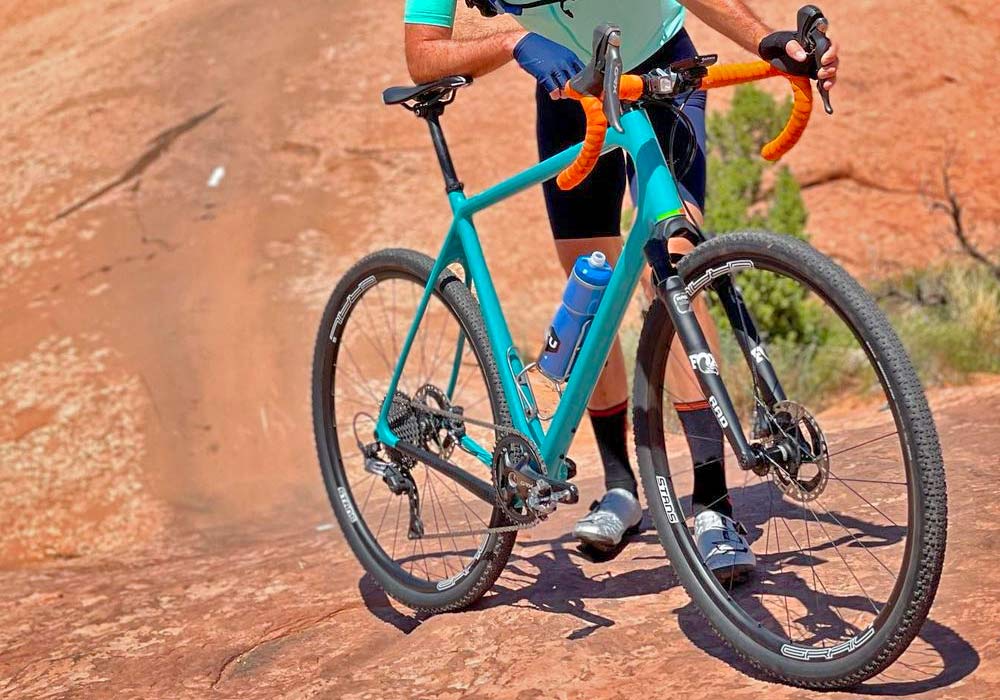 Canadian mountain biker Geoff Kabush just shared the prototype reverse arch FOX RAD short-travel gravel suspension fork he’s been testing around Moab, UT. It looks nothing like the Fox AX gravel forks we’ve seen in recent years, but reminds us (and many of his fellow MTB pros) of decades-old mountain bike suspension designs from the likes of Manitou & RockShox. And with a key Answer patent set to run out this year, we have a pretty good idea on how soon this thing could make it to market…

We don’t know a ton of concrete details about the Fox R.A.D. prototype gravel fork, but we do know that Kabush has been riding in the Utah desert on his OPEN WI.DE. in an FKT attempt around the 100 mile White Rim trail loop and 140mi Kokopelli Trail. Most often completed on a mountain bike, Kabush seems to have opted for a lighter weight setup with 700x40mm Maxxis Receptor semi slick gravel tires… and this 30mm travel reverse arch Fox RAD prototype.

While we wanted to believe that R.A.D. stood for Reverse Arch Design, it is in fact the name of Fox’s prototype division Racing Application Development. That’s the same division that developed the Open Project that became the 40mm travel AX Adventure Cross gravel fork, but this is something altogether different…

Without an official statement from Fox yet, Kabush’s close-up spy shot gives us plenty to work with, so why do we think this fork gets just 30mm of travel?

Based on the 32mm stanchion AX with 40mm of travel, this definitely looks like it has less slider exposed. If it is also 32mm stanchions, it seems like there is about 30mm of exposed tube between the main seal and the forged crown, which is angled to provide the fork offset.

Another standout feature are the dramatically tapered fork legs. Somewhat like a smoother transition version of Step Cast, the legs appear to taper in several dimensions to a slim thru-axle dropout.

We can also glimpse on the non-driveside that it fits a flat mount disc brake. Based on the XTR rotor shaping we know it is a 160mm rotor, and it looks like caliper is in the lower position on the fork leg, suggesting compatibility with 160 or 180mm rotors. 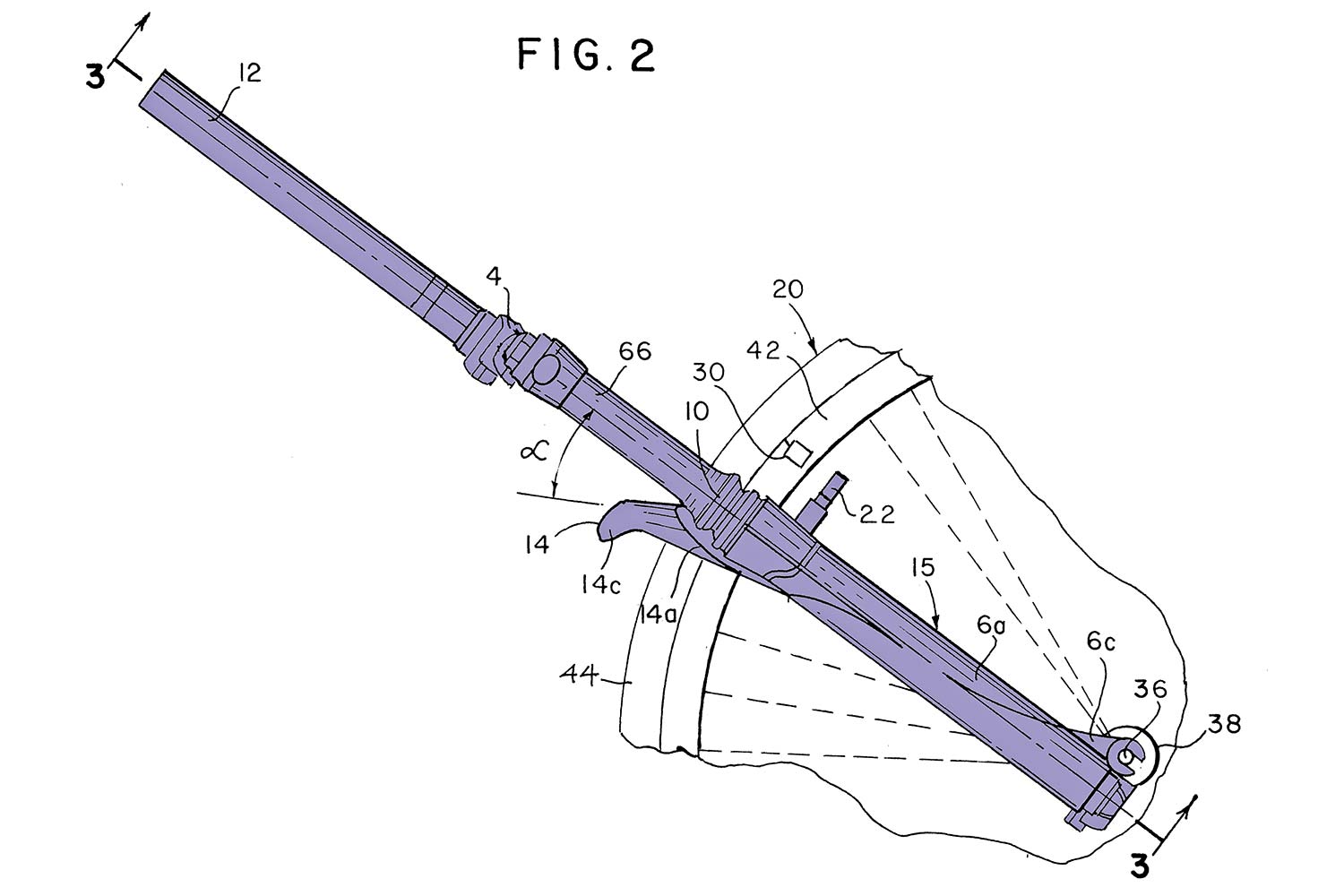 Most notably of all though is of course the reverse arch design, which was always said to offer an excellent balance of stiffness at low weight, but isn’t that patented? Yes, but there’s the trick. Answer (which later included Manitou, now owned by Hayes) filed their reverse arch suspension fork patent on October 17, 2001. That means, that US patent #6607185B2 is set to expire in October of this year.

That doesn’t mean that Fox is going to start selling you reverse arch gravel forks start this fall, but they could…