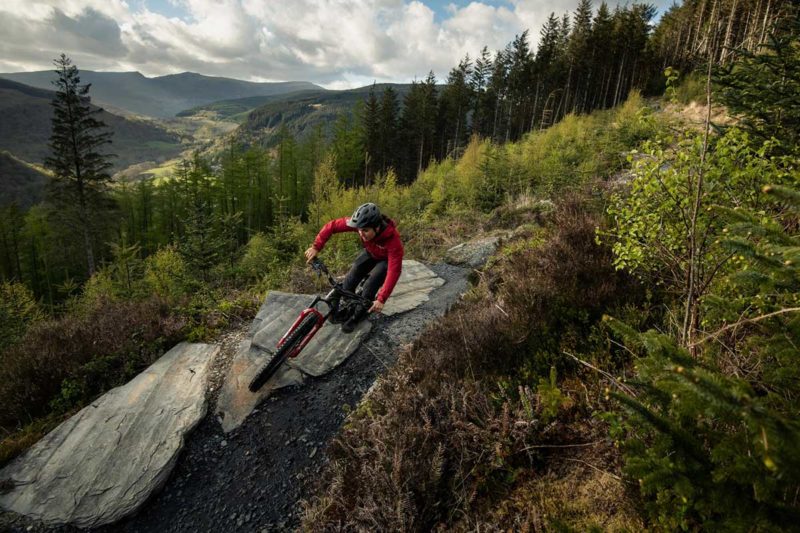 Santa Cruz and Juliana have updated their 150mm travel all-mountain bike, bringing a mullet platform into the mix. Like their Heckler and Bullit eMTBs, the 2022 Santa Cruz Bronson and Juliana Roubion run a 27.5″ wheel in the rear and a 29″ out front. Wanting to provide the very same ride feel to all riders, Santa Cruz has given each frame size-specific stays. 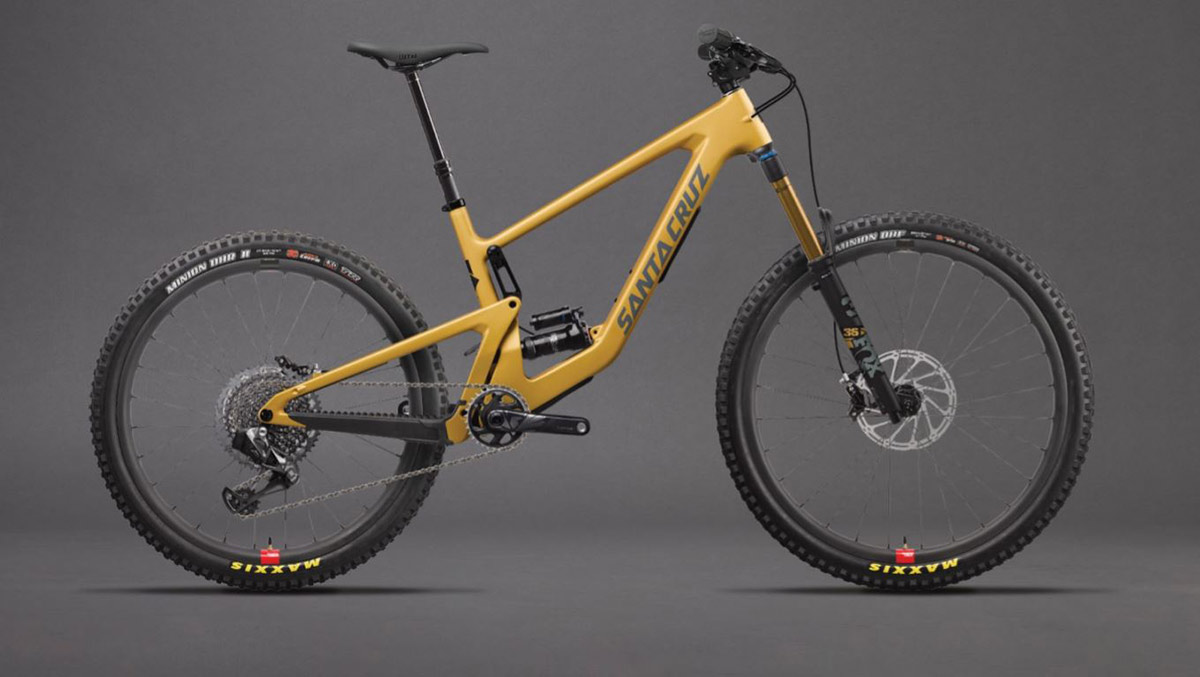 Santa Cruz are bang on trend with the 2022 Bronson, mixing up wheel sizes to give riders the best of both worlds. The XS is the only frame in the XS-XL size range to run a 27.5″ wheel front and back; the others get a mullet makeover. Another key update is the introduction of proportional length chainstays that get longer up the frame size range in line with a growing front-center. Let’s dive into the numbers. 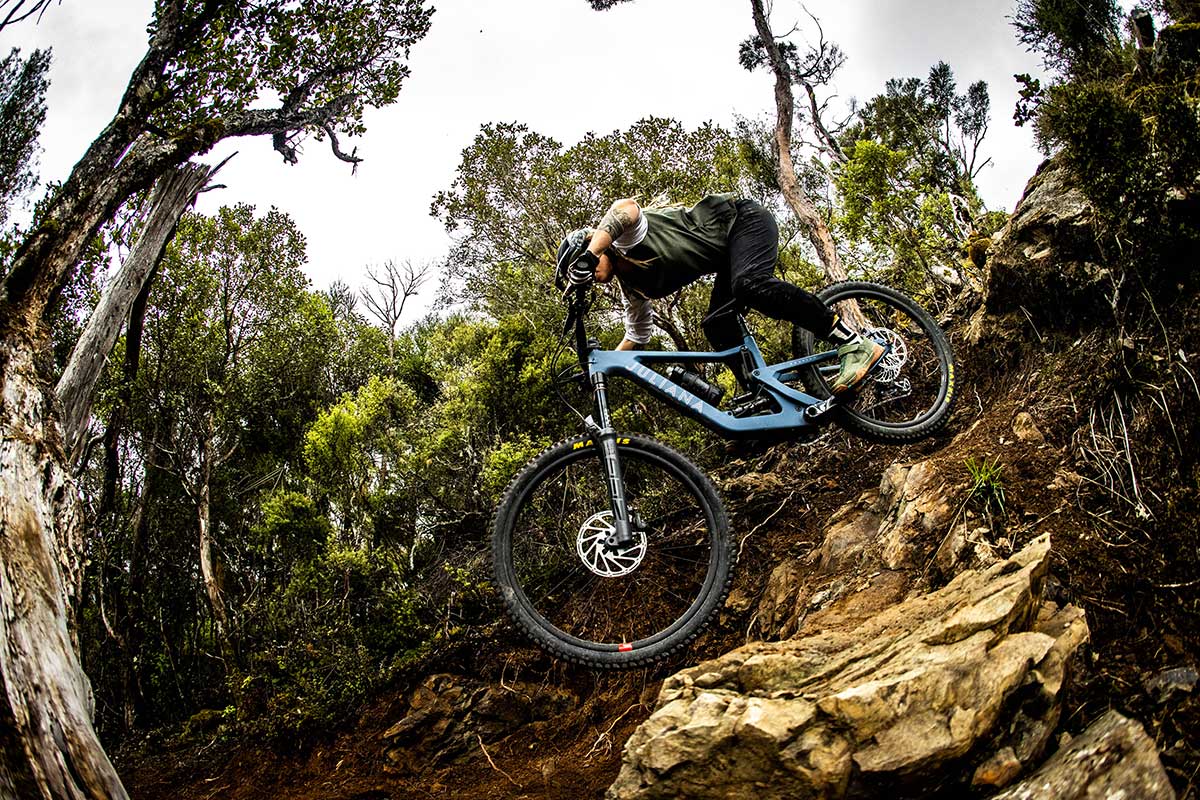 The 2022 Juliana Roubion shares the same frame as the Santa Cruz Bronson, only with a lighter tune on the shock

For 2022, the Santa Cruz Bronson is both longer and slacker than its predecessor. Across the XS-XL range, the head angle is just shy of 1° slacker (0.9°, to be exact), reach is on average 15mm longer, while the stack is 20mm taller. Reach now spans a 405mm to 500mm range, and chainstays grow proportionally with a range of 427mm to 442mm. 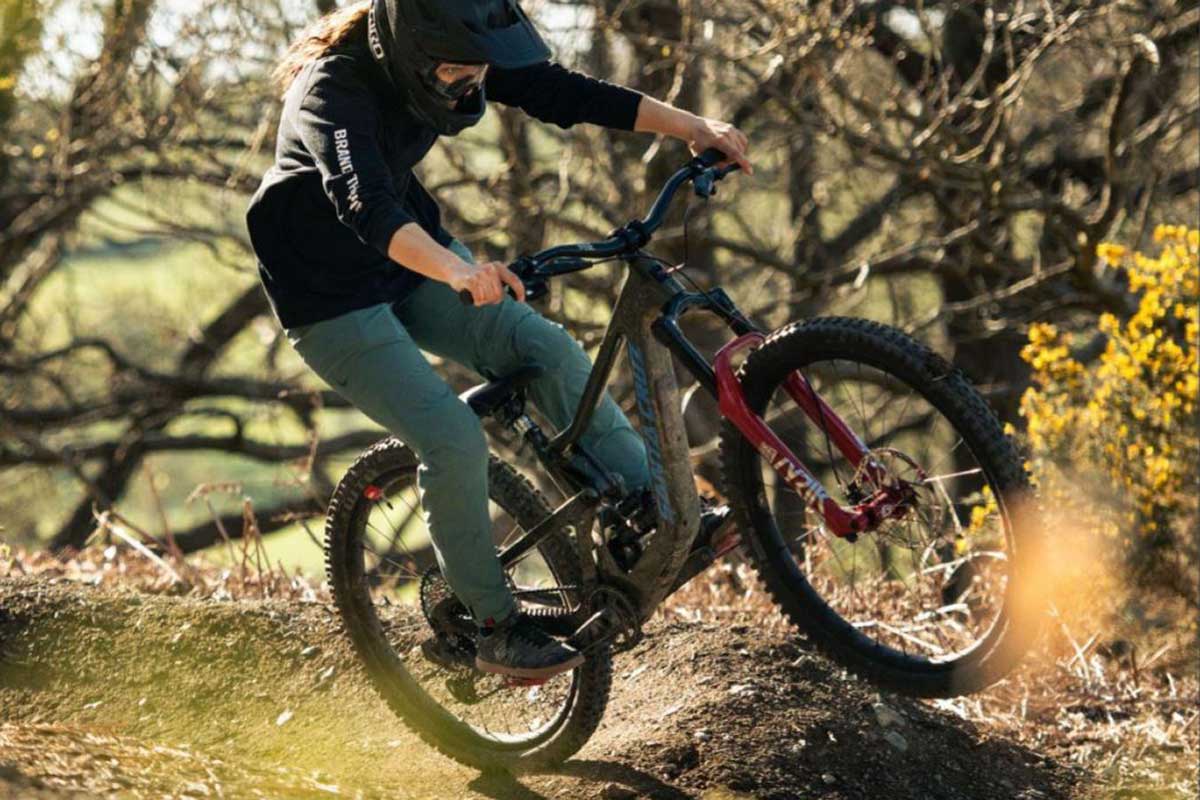 Santa Cruz are sticking with adjustable geometry, retaining a flip-chip at the lower shock mount. That said, the change is so infinitesimally small, we’re doubtful as to whether or not it will actually translate into a significantly different ride feel. Taking the large frame as an example; in the low setting, the BB sits at 341mm, the head angle at 64.5°, and the seat tube angle at 76.5°, with a 472mm reach measurement between the two. 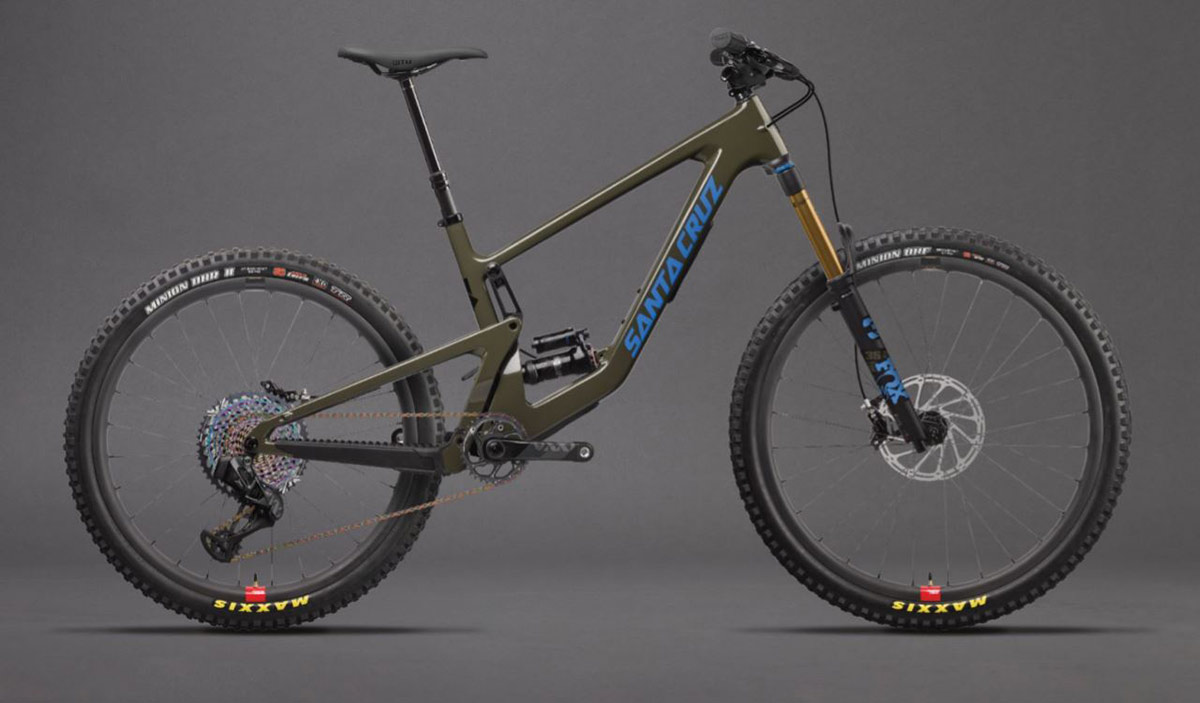 Flipping the chip subtly adjusts those numbers to a 344mm bottom bracket height, a 64.7° HA and a 76.9° SA with a slightly increased reach of 475mm. Another small change is also seen the chainstays; switching from the low to the high geometry setting decreases the rear centre length by 1mm. The exception to that is seen on the XS frame where flipping the chip alters chainstay length by 5mm. 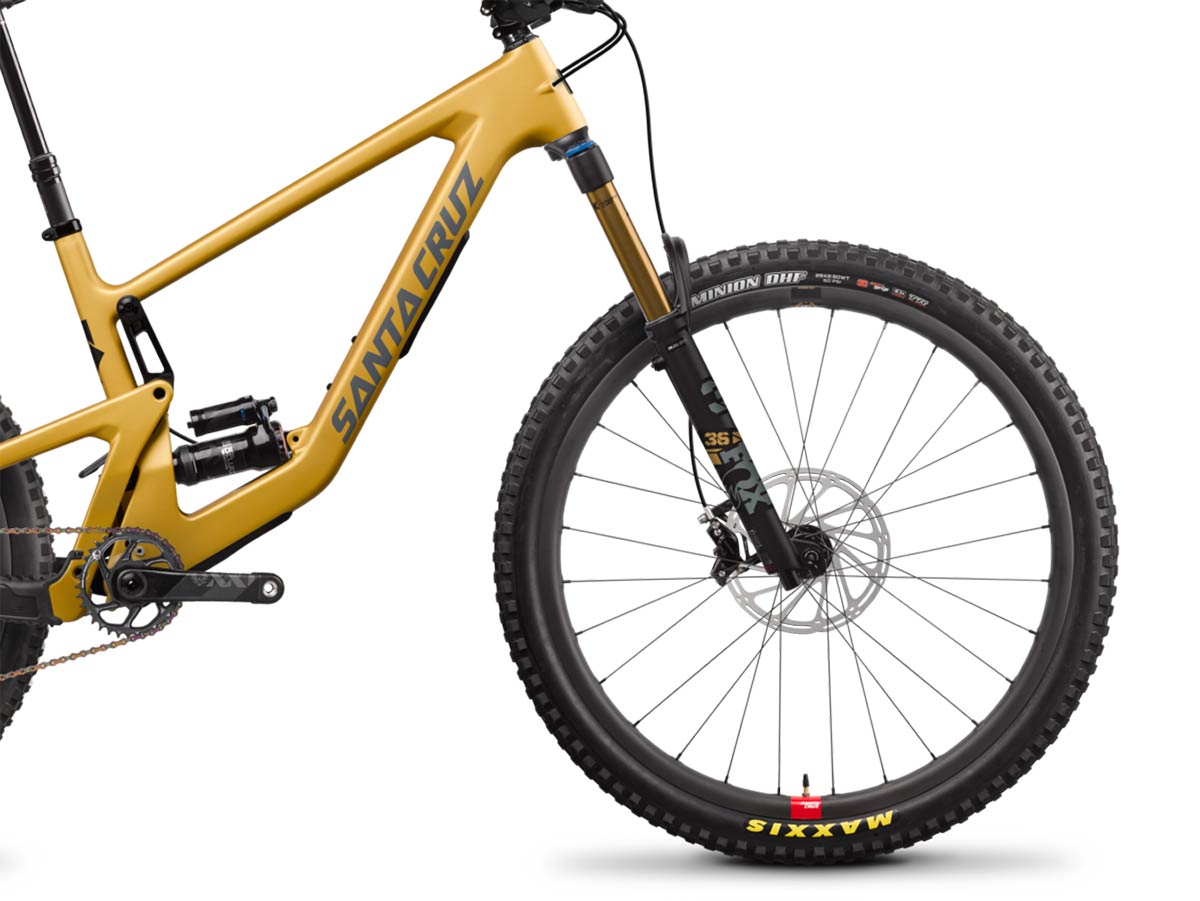 In line with the mullet update, the suspension of the 2022 Santa Cruz Bronson is refined. Santa Cruz has altered the way the Bronson delivers that 150mm of rear-wheel travel, with the next generation VPP link utilizing a longer stroke length shock. 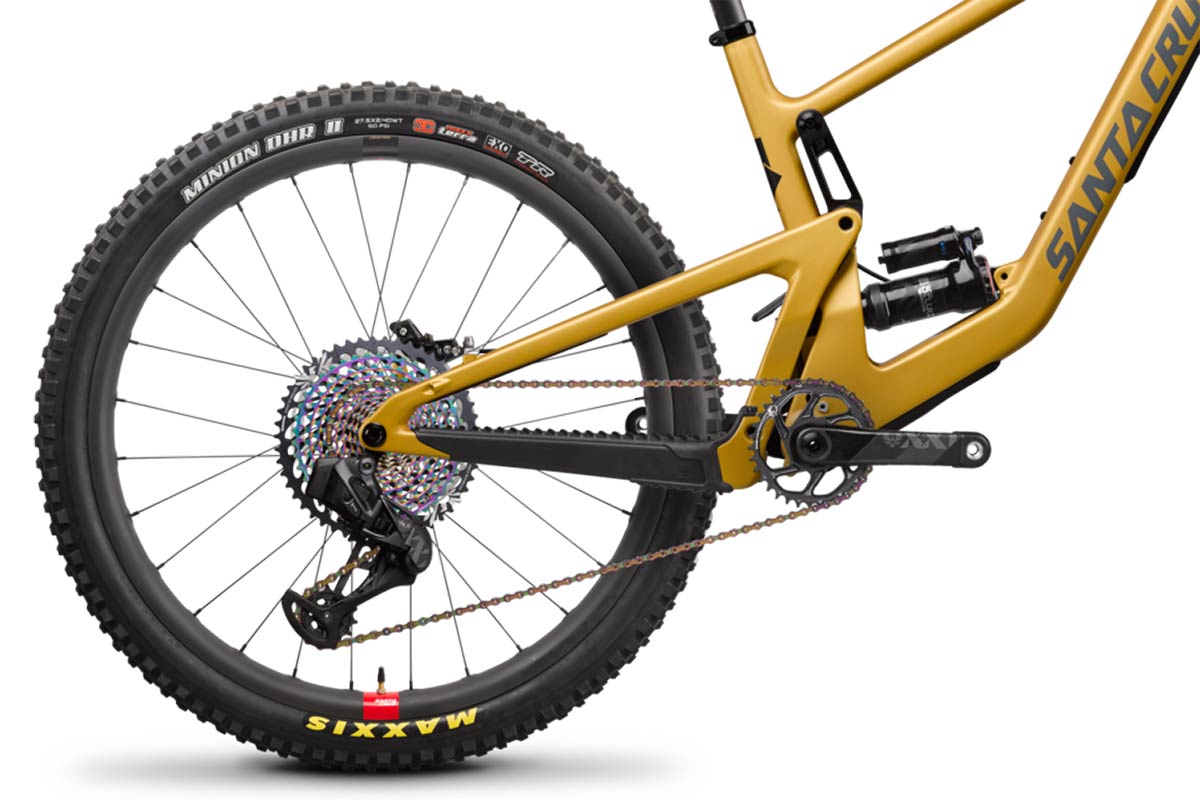 Brand Manager Garen Becker tells us the Bronson has noticeably less pedal feedback than bike’s running the older version of the VPP Link, such as the Hightower and Tallboy. For an in-depth explanation of pedal feedback (or pedal kickback, as it is more commonly known), see Tyler’s video explainer here. 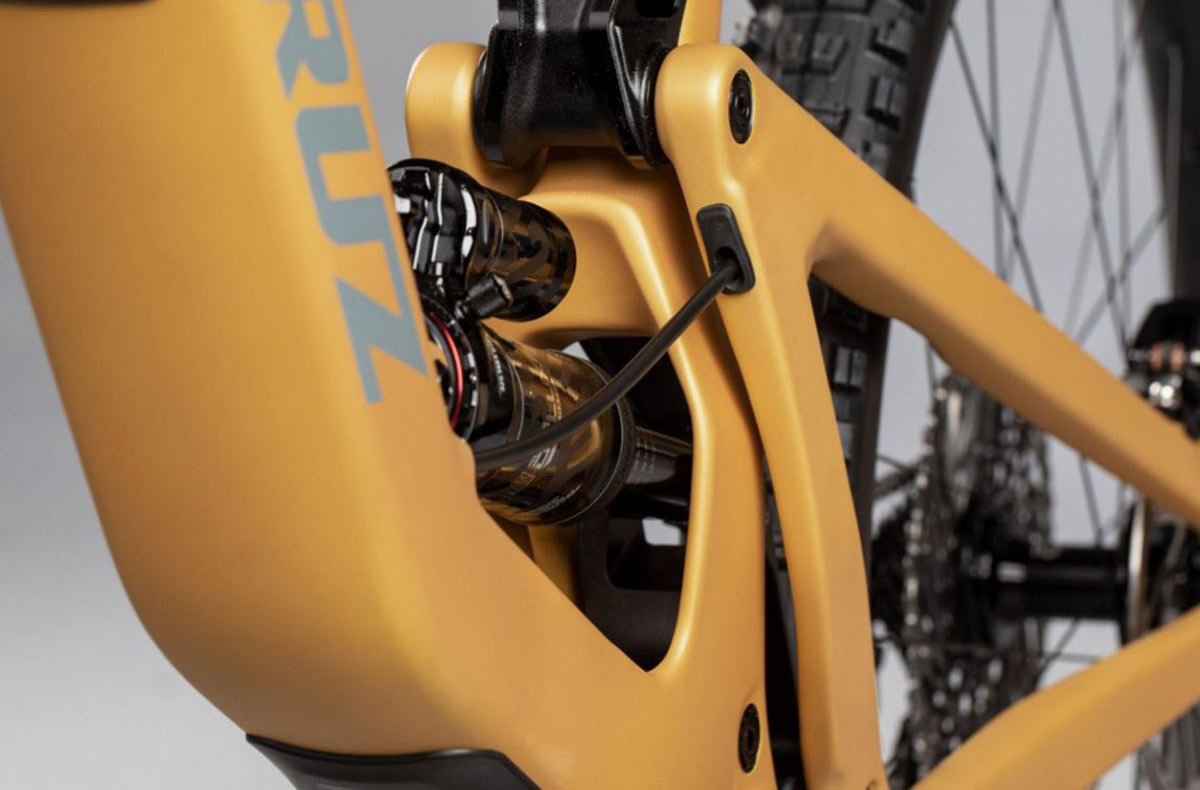 The 2022 Santa Cruz Bronson runs a 230mm x 60mm shock; it’s an air shock on all seven stock builds though Santa Cruz tell us there is plenty of room for a coil. The boost frame will accommodate 27.5″ tires with a width no greater than 2.6″, and a rear brake rotor no larger than 220mm.

The bike runs a threaded bottom bracket, an SRAM UDH hanger, and a Cane Creek 40 IS Integrated Headset; thus, you could adjust the head angle further with the 9.8 Slack-R if you wanted to slacken it off without also slackening the seat tube angle.

One set of bottle bosses sits within the front triangle but the frame does miss out on an accessory mounting point. Santa Cruz has thrown some frame protection in there with a rubber mold on the underside of the downtube and more on the drive-side stays. 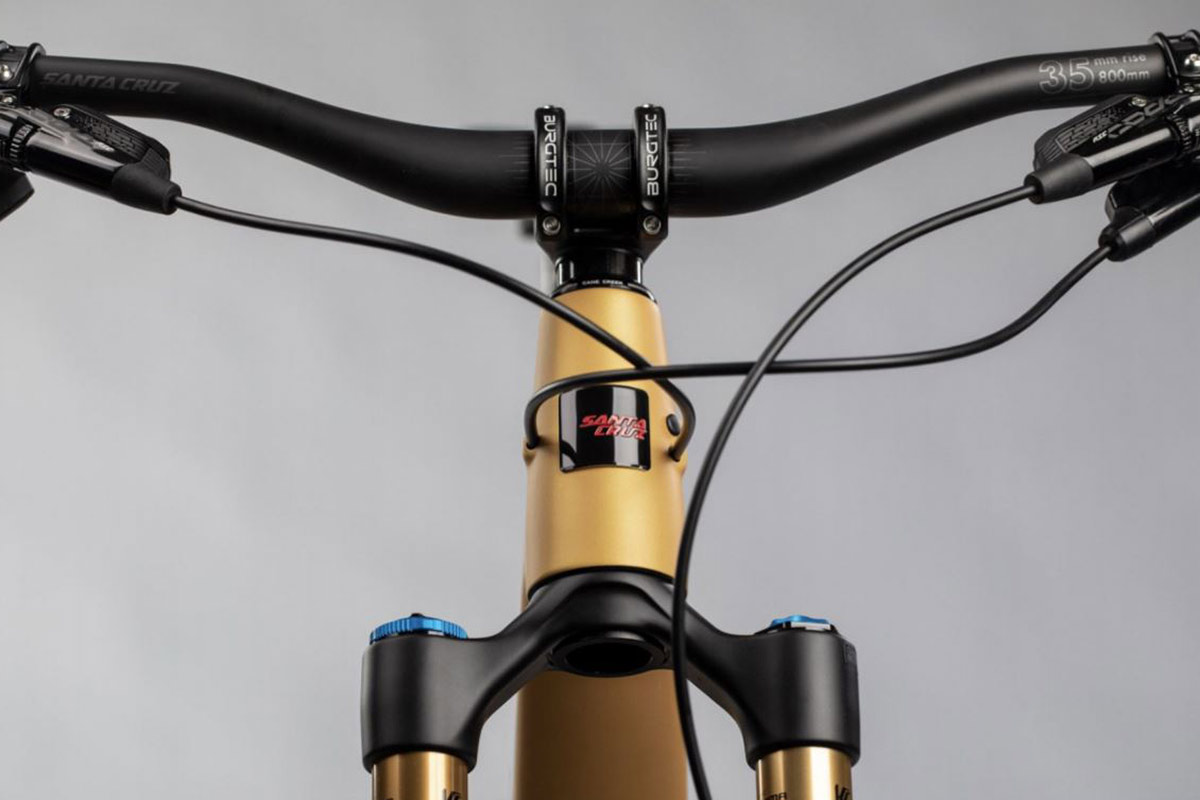 Santa Cruz has quietly slipped in a new carbon handlebar with the launch of the 2022 Bronson. They say the new layup makes the bar “easier on the hands”, or at least less abusive than the last one.

We can tell you that, while it comes stock on the five most expensive Bronson builds, it will actually be available aftermarket, too! It gets a 35mm rise, 8.5° backsweep, and 5° upsweep, and comes 800mm wide. There’s a Di2 version, too. 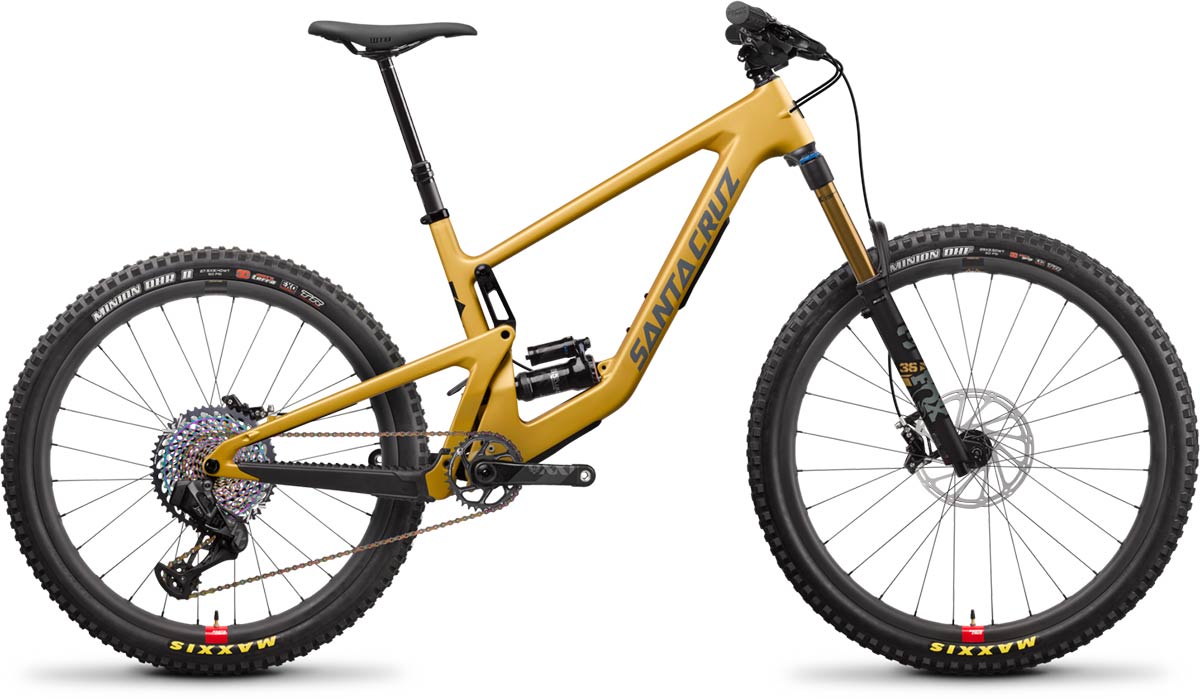 There are no fewer than seven models of the 2022 Santa Cruz Bronson, satisfying a range of budgets from $5,049, right up to an eye-watering $11,399. The lower-end R, S, XT, and XT RSV builds run a complete carbon frame, but it’s Santa Cruz’s “C” layup; slightly thicker and therefore heavier. The upper echelons get the “CC” layup; thinner, lighter (by around 200g on a large), but just as strong and stiff.

For complete information on the 2022 Santa Cruz Bronson model specifications and pricing, head to the Santa Cruz website.