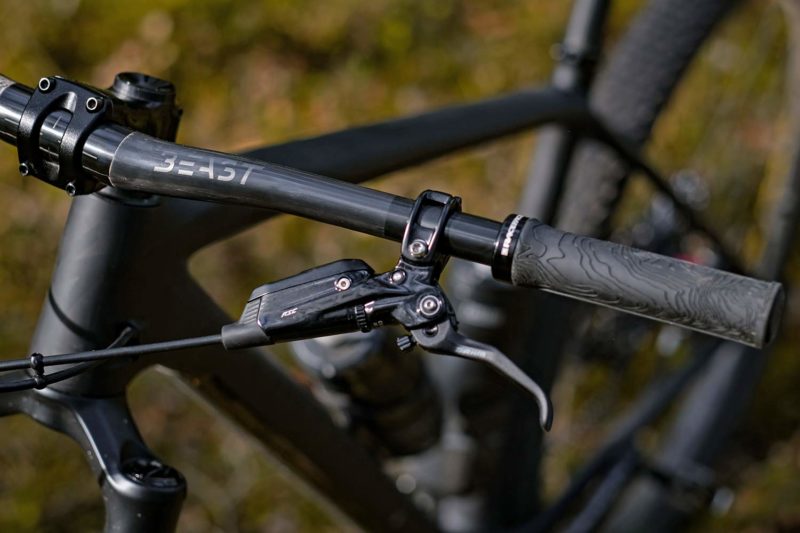 Beast Components takes their already “extremely light and ultra stable” mountain bike handlebars and given them a Riser & Flat Bar 2.0 update to better deal with lightweight components. As component makers have machined away more & more material to shed weight from their own parts, carbon bars have taken the brunt of more uneven clamping forces. So, Beast dove deep into analyzing the impacts of those less uniform forces, and is reinforcing all of their MTB bars to greatly improve safety at the cost of just a few grams… 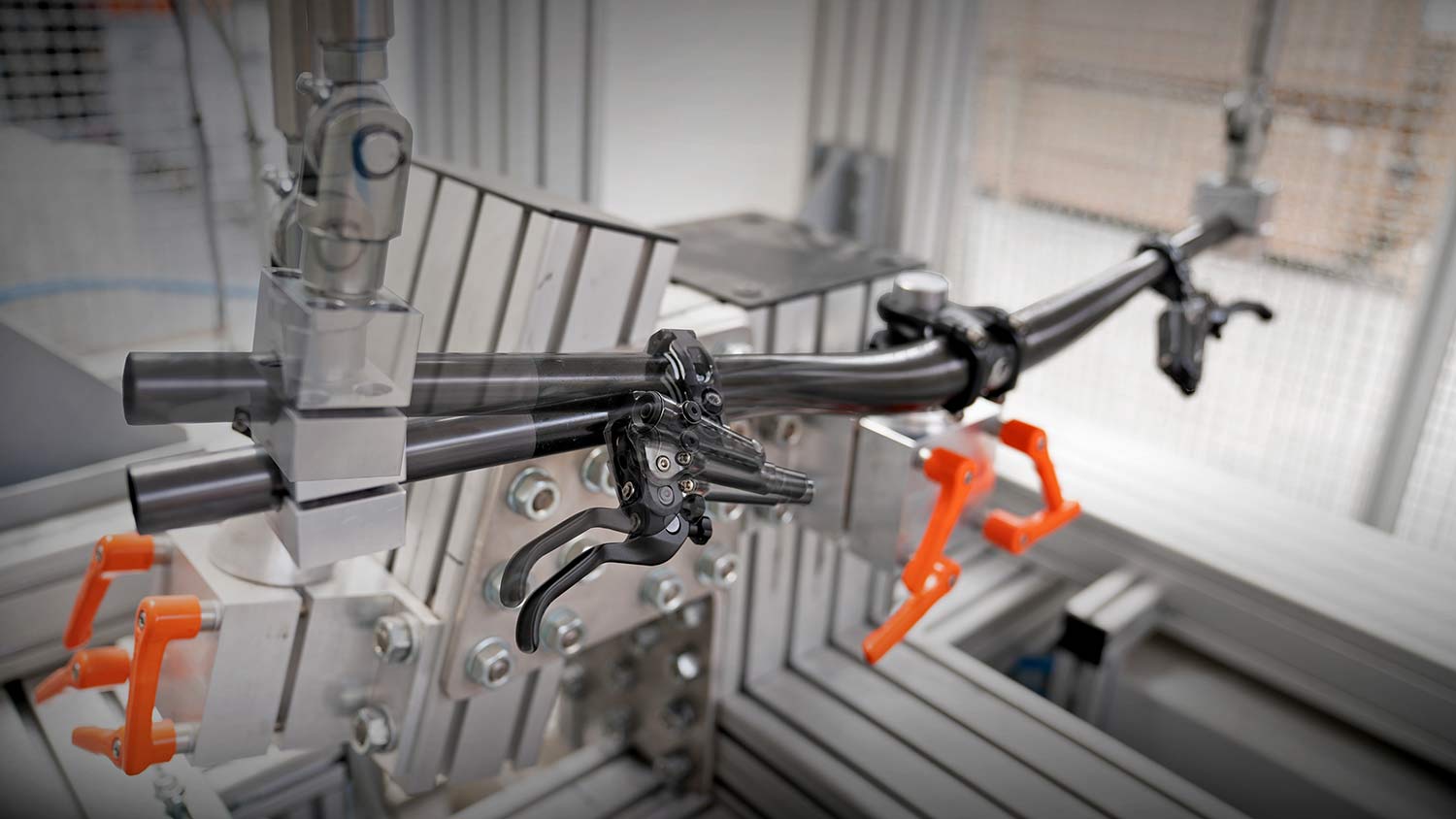 Riding light carbon MTB bars in technical terrain is often a hotly-debated topic of discussion, mainly because enough riders have seen anecdotal evidence of someone having sheared a carbon bar off either at the stem or brake lever. Beast understands the reluctance, but being carbon engineers they set about solving the problem, not just talking about it. 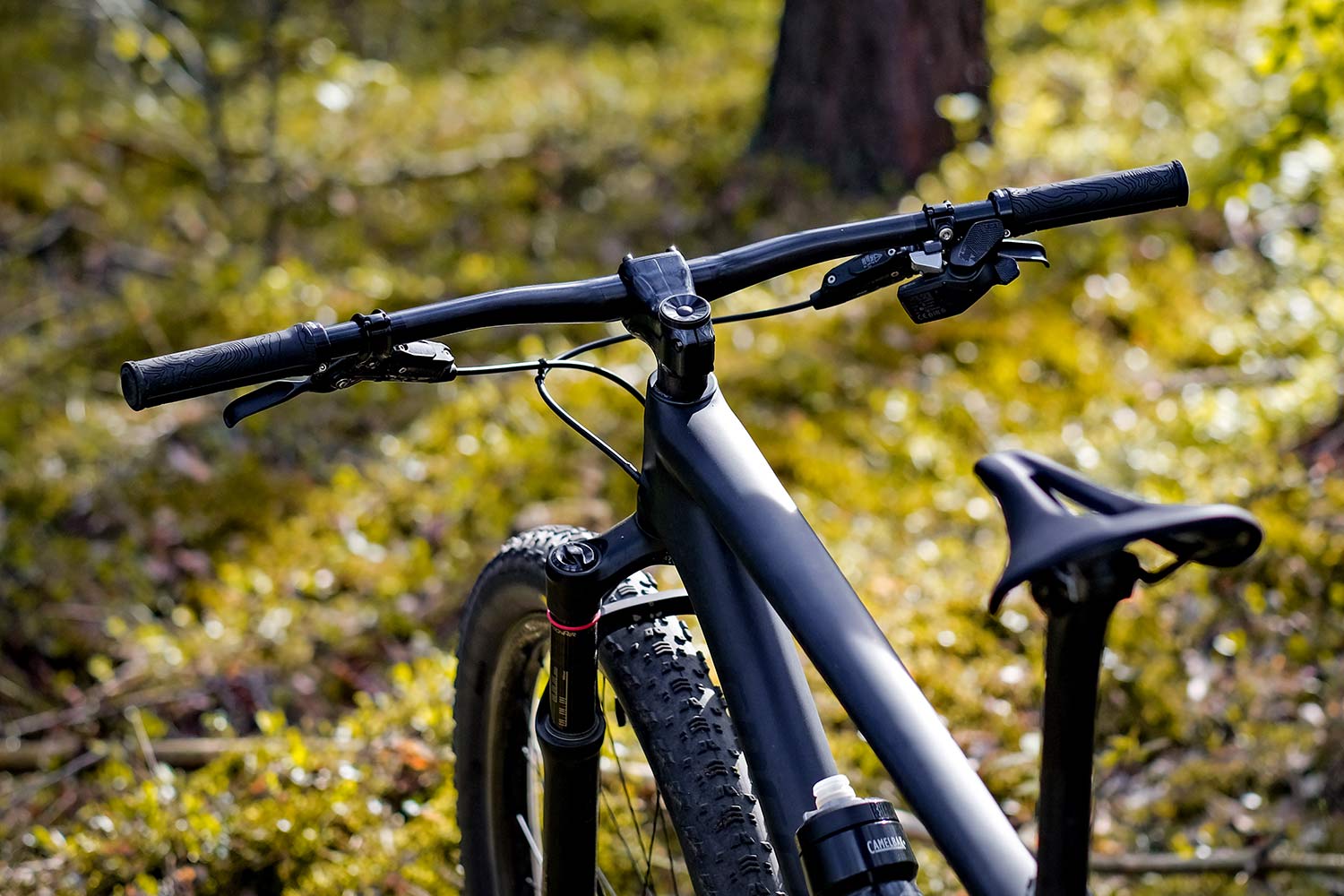 So what they did was identify the problem and its effects, model the real forces, reinforce their bar layups, and test to be sure their new design was safer. 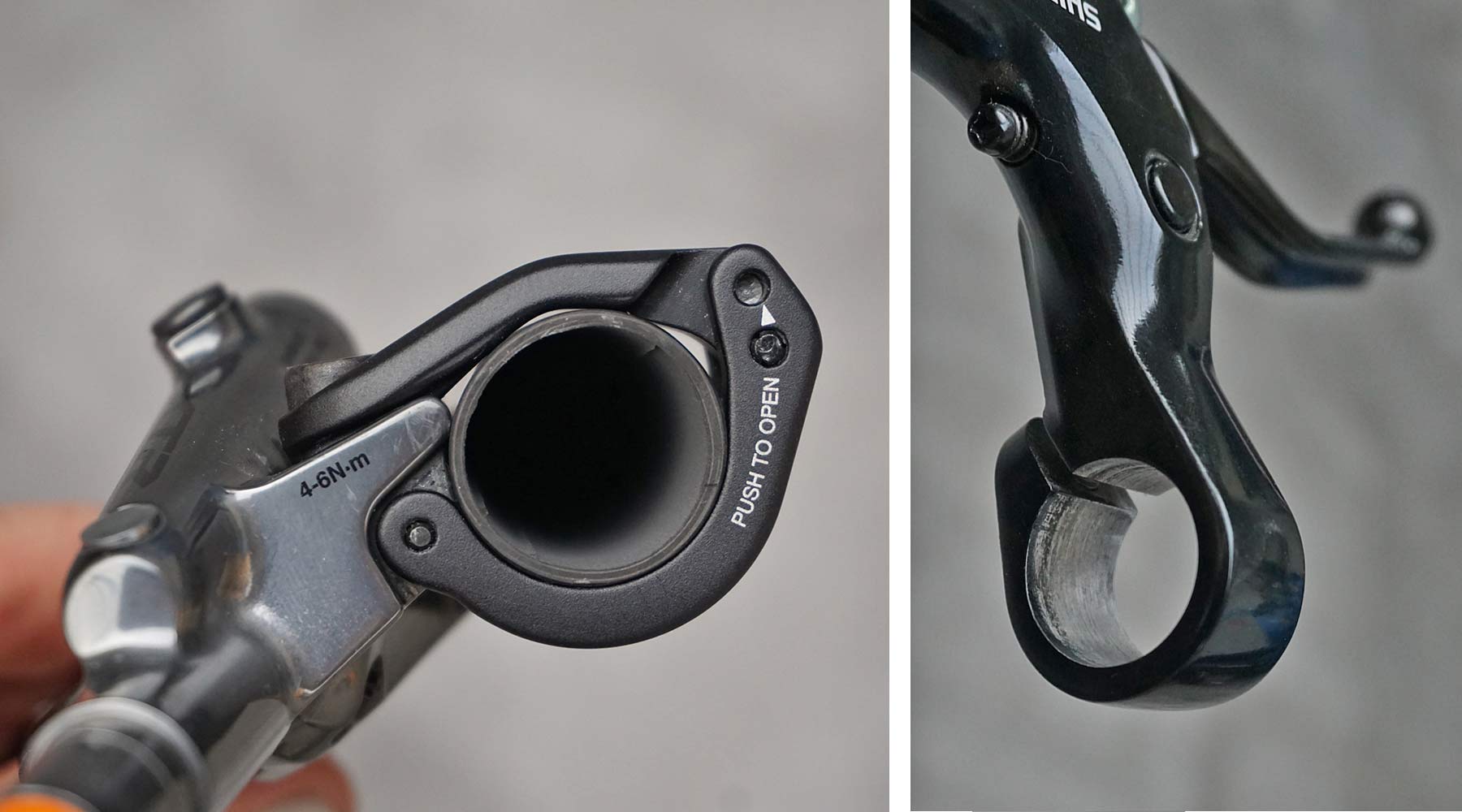 The issue is that many ultralight brake & shifter clamps (including those from industry benchmarks like Shimano & SRAM) use non-round designs or machined-out clamps that distribute pressure unevenly on the bar. Contact areas a reduced so forces are increased. Even more conventional, lower-end clamps can often be irregular in shape or poorly formed, resulting in uneven pinching at the bar.

So Beast worked with Realize Engineering to use finite element analysis do get a closer look at what is really happening both outside of the bar, and inside its inner layup layers. Beast says they were pretty shocked actually at how the recommended clamping ranges created peak forces on the bars.

Both SRAM and Shimano brakes already exhibit local pinching at just 1.2Nm of tightening torque of 1.2Nm to the point that Beast anticipates reduced bar service life. And by 4Nm it is much more significant. At that point the SRAM clamp hasn’t broken any fibers, but the Shimano one has.

So should you be worried? 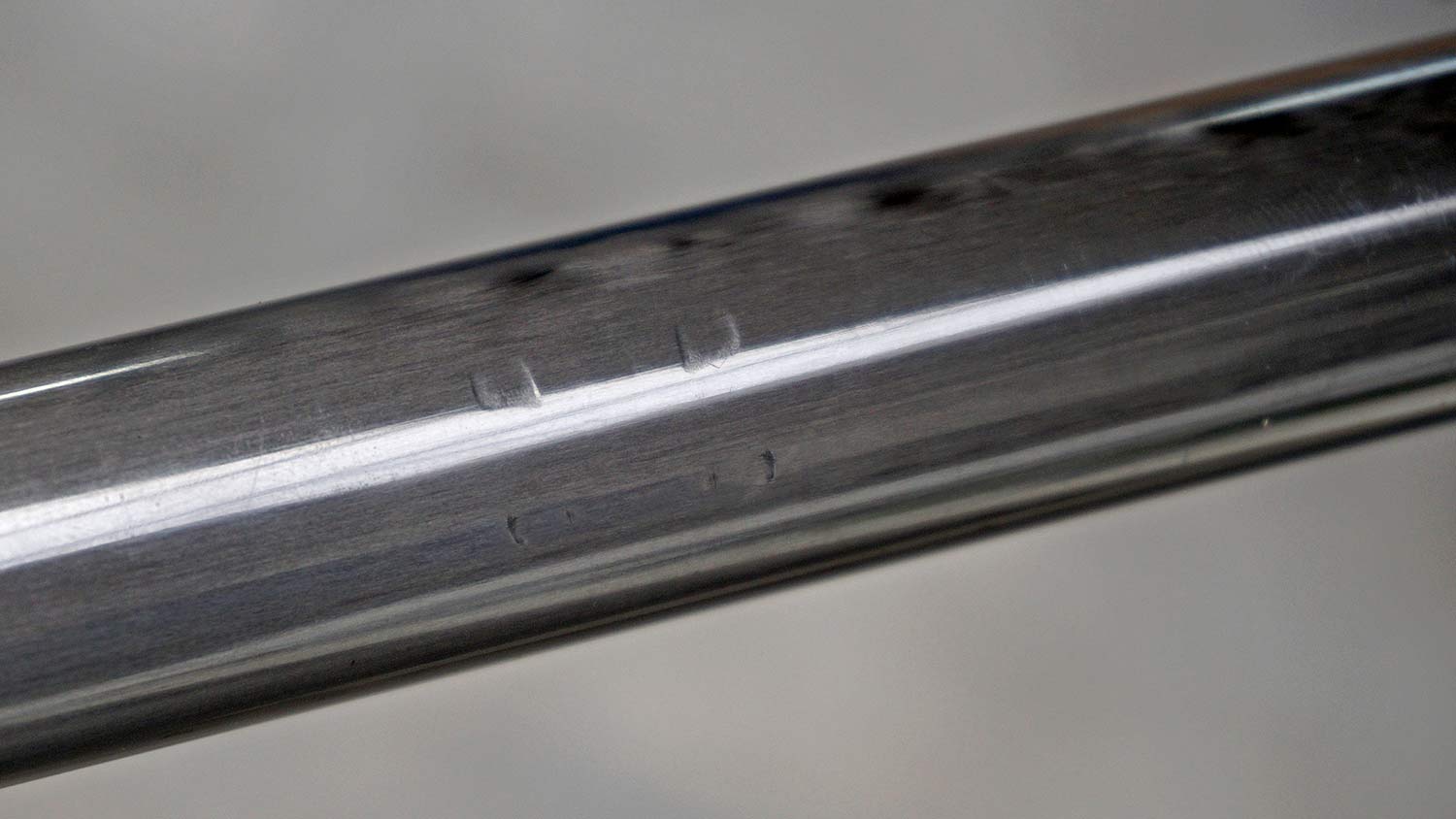 Beast doesn’t come out and say it… But to us, it sounds like if you have a light carbon bar from any manufacturer and you have any lightweight brake setup, it’s probably worth taking a closer look and being sure to break out the torque wrench. Pop the brakes off to check that there isn’t any visible damage in the clamping area. And use minimal torque when clamping them back. It seems many bar makers recommend a max 1.5Nm for lightweight clamp designs. 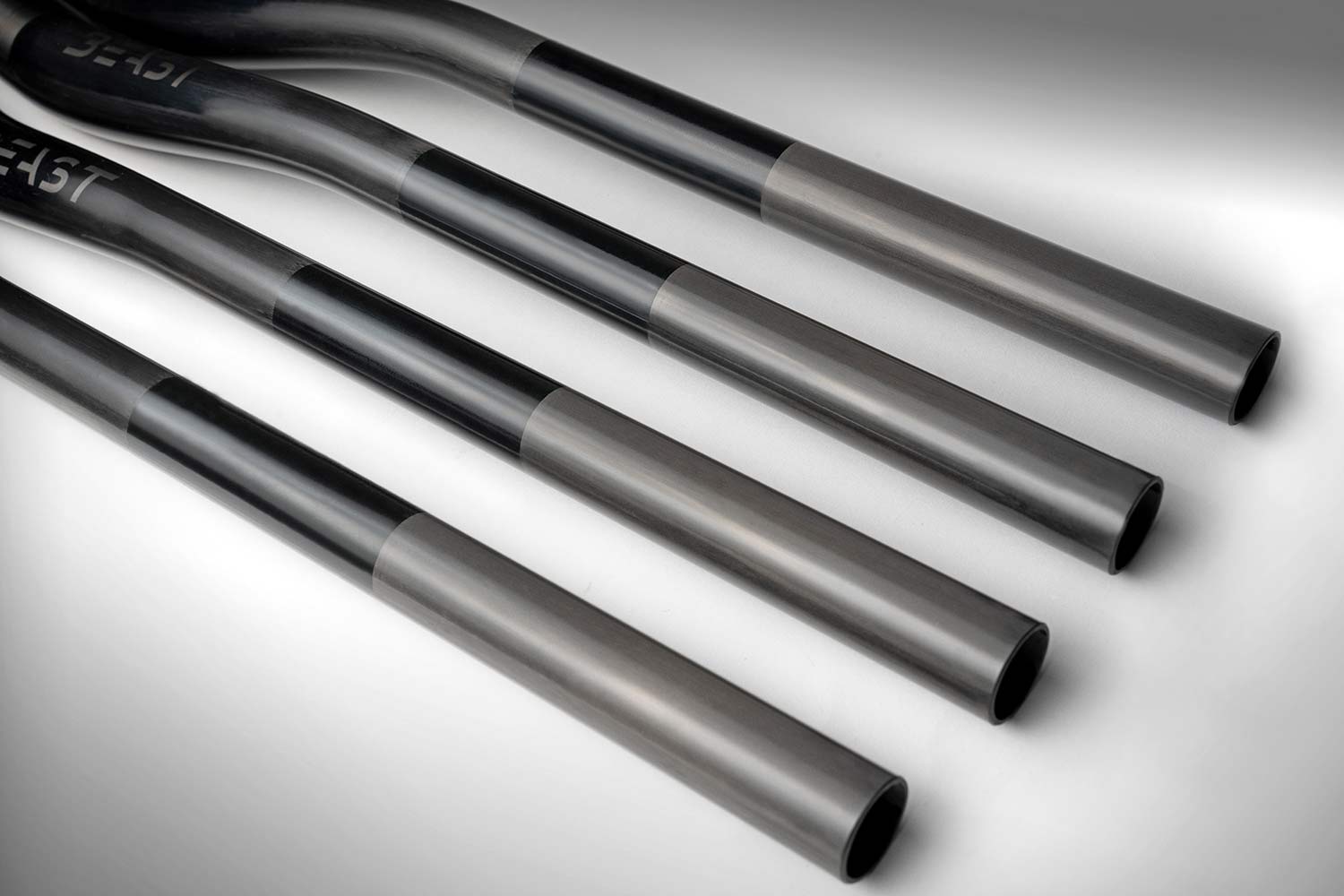 To solve the pinching problem while still producing a lightweight carbon bar, Beast redesigned the elaborate fiber layup at the clamping area and now includes a new high-strength reinforcing polyester mesh. Designed to better distribute sharp clamping forces, it also is less slippery, reducing the chance of clamp rotation or wear if the clamp does slip. 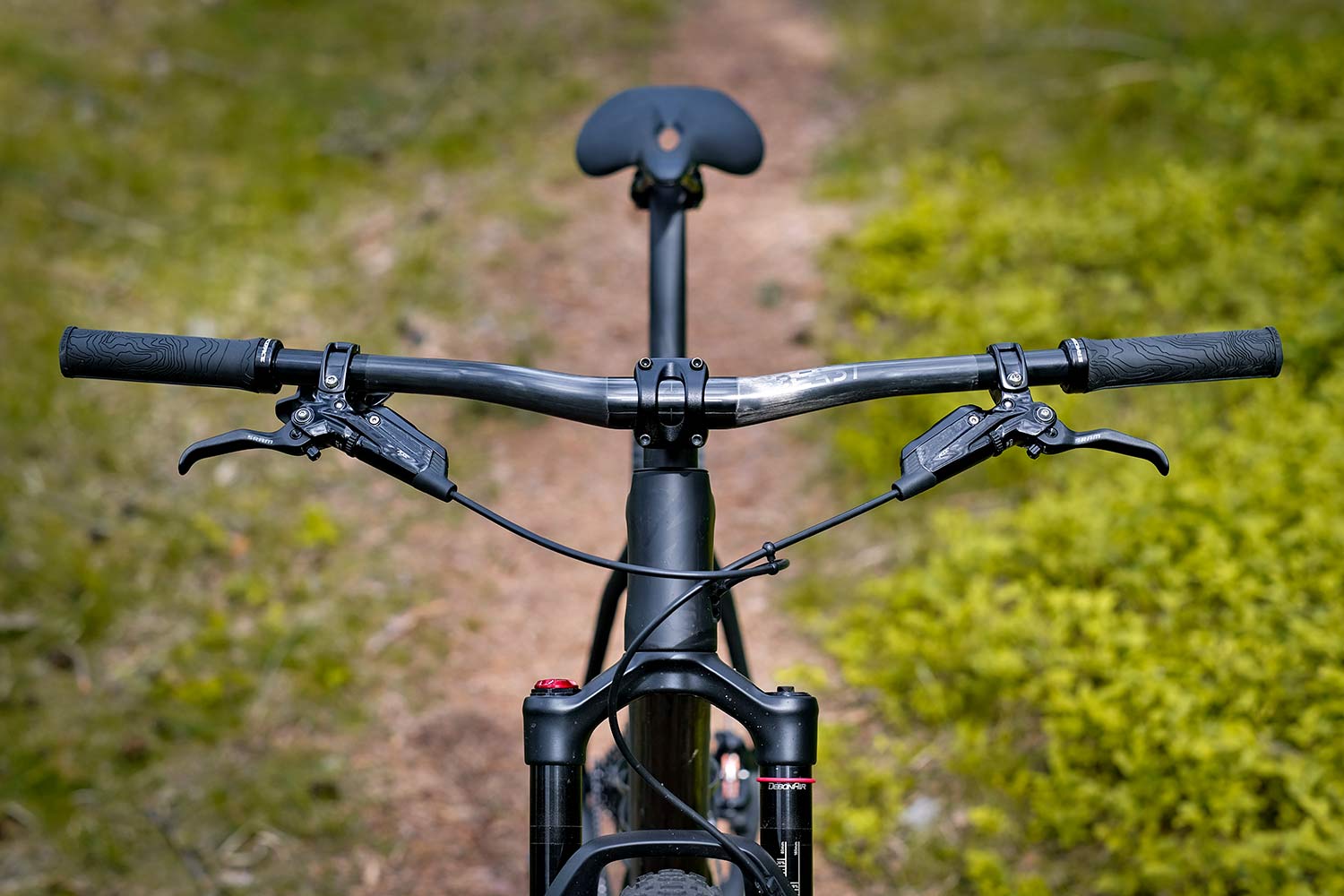 The new safety buffer adds about 20g vs. the older bars, but greatly increases safety and ultimate fatigue strength. It also allows for 2x higher clamping forces without damage, up to 3Nm for unfavorable clamp designs, and 6Nm for more even clamp layouts. 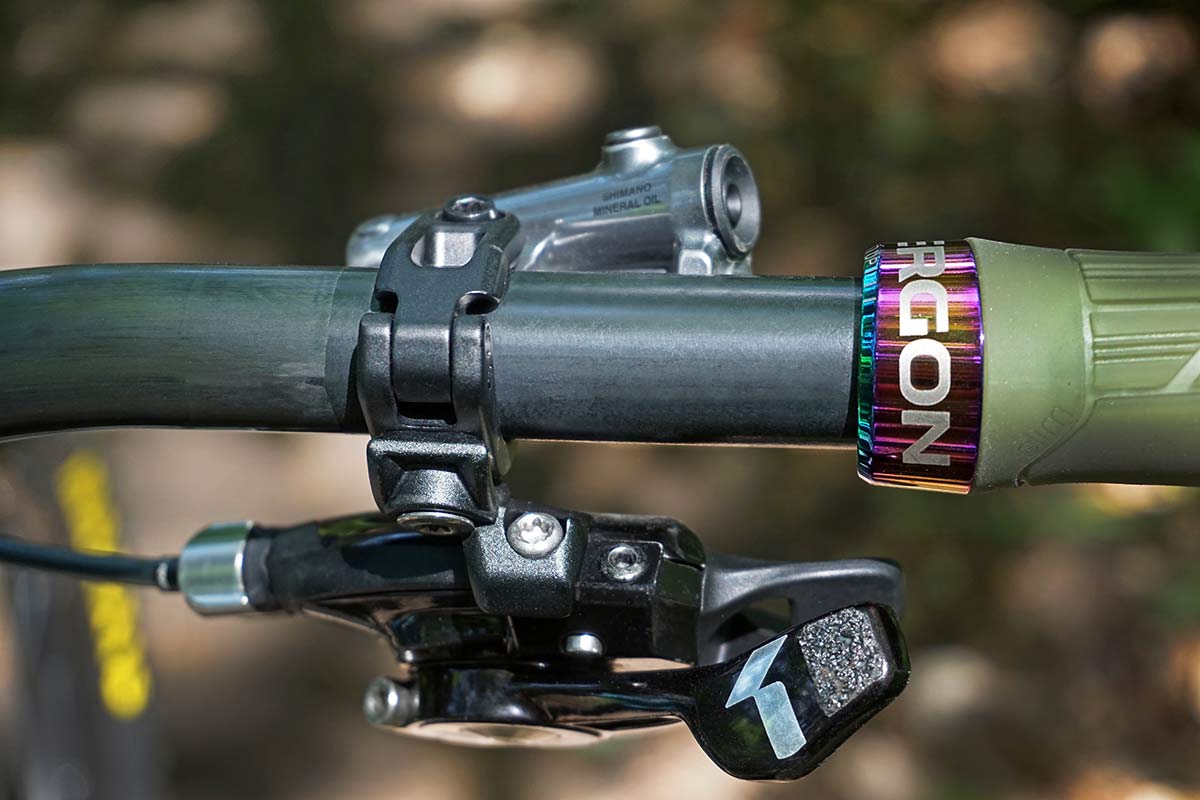 You can see the slightly darker matte black polyester mesh reinforcing in all of the new version 2.0 mountain bike bars. It’s not the same as the UD carbon reinforcing already at the stem clamping areas.

Once your brakes, shifters & grips are installed it’s a pretty subtle difference, and Beast’s UD or SQ weave finishes still shine through. You can even still get their signature red or blue colored resin over top if you want (for an extra 60-80€ and 3g more). 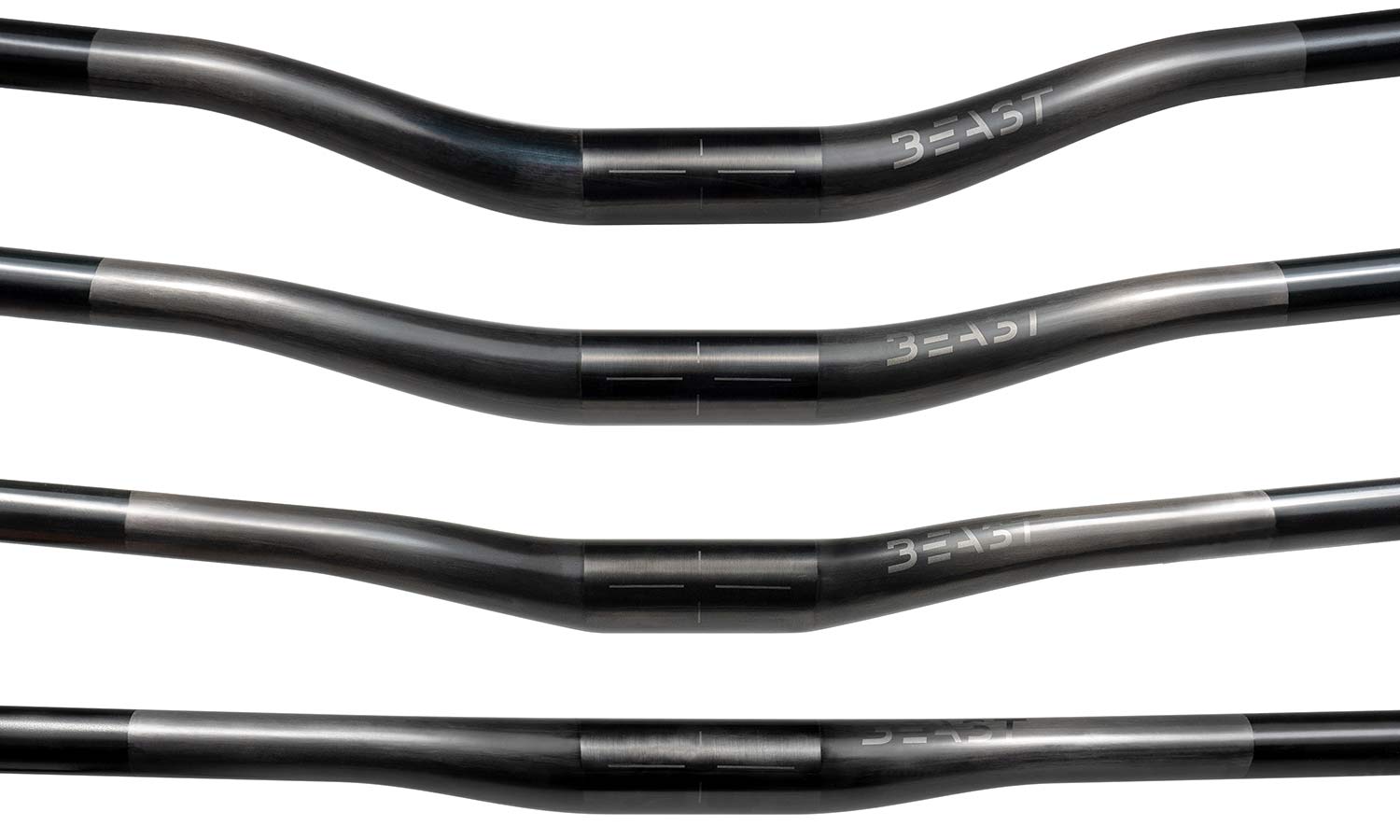 Four different rise options are available for the German-made 8° backsweep bars, with varying width, upsweep & clamp options – and all sell for 220€ in UD black, 240€ in SQ weave black, or 300€ in color. 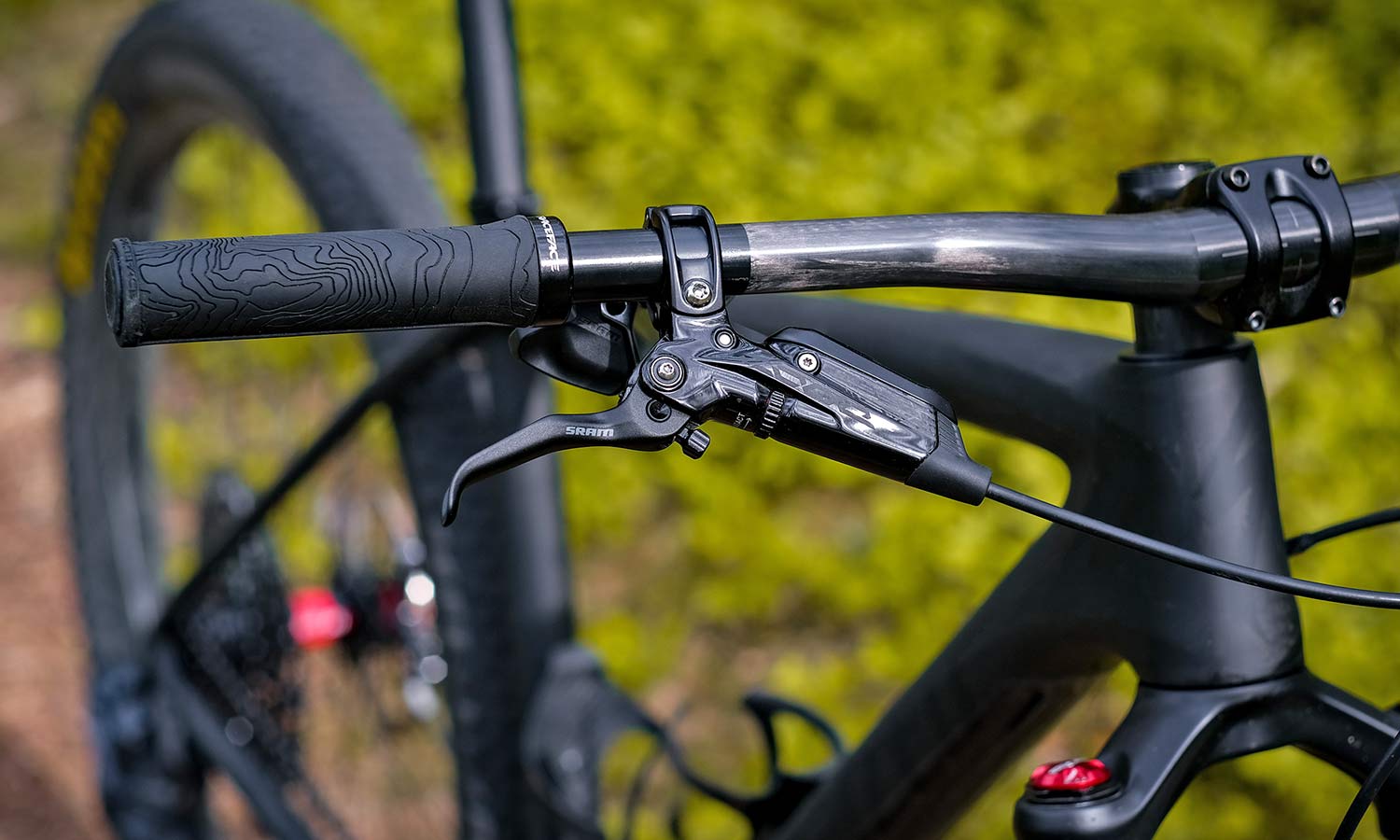 You can pre-order any of the version 2.0 bars now, with deliveries for the new bars in UD black from July 1st, and colored and SQ weave finishes from September 1. The slightly lighter original bars without brake clamp reinforcing will not be produced after the end of this month.