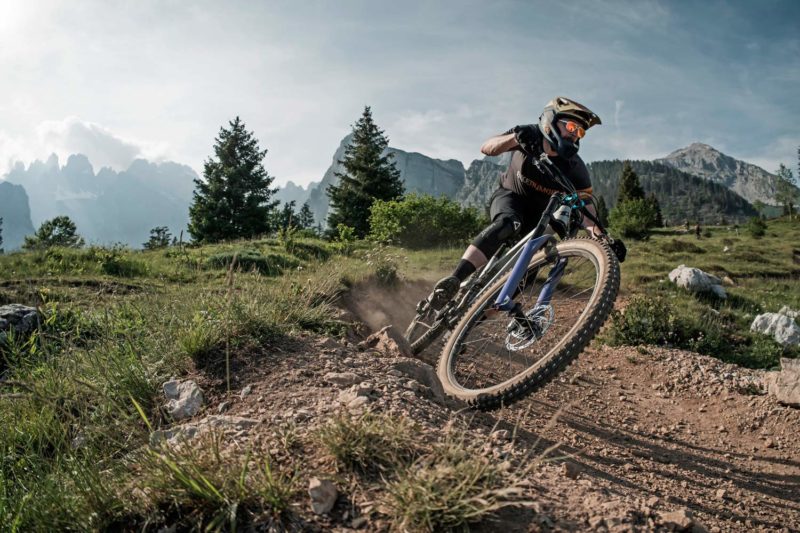 This isn’t a DH fork and Freeride isn’t dead, as Italian suspension specialists Formula are bringing back the double crown with a new 180mm Formula Selva XL enduro fork prototype that’s lighter than any equally long single crown enduro fork. (We’ve even hung it on our scale to be sure!) And with that lightweight double crown comes a unique stiffness that allows for incredibly supple suspension. So no may be the time to reconsider a double-crown fork! 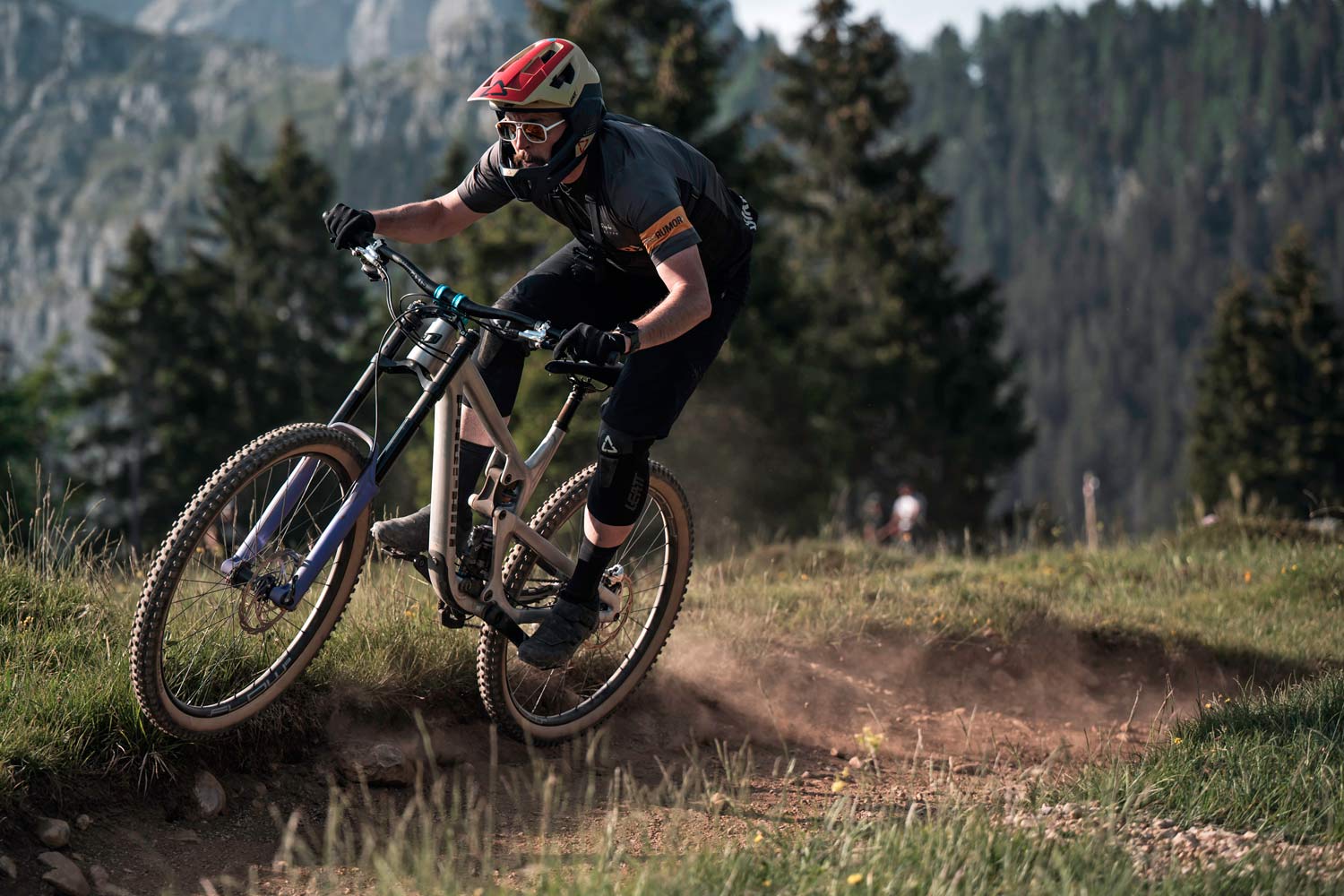 It wasn’t so long ago that a 180mm travel double crown fork would have surely been called DH, but that’s totally not the case with this still officially unnamed, extra-long Formula Selva enduro fork. 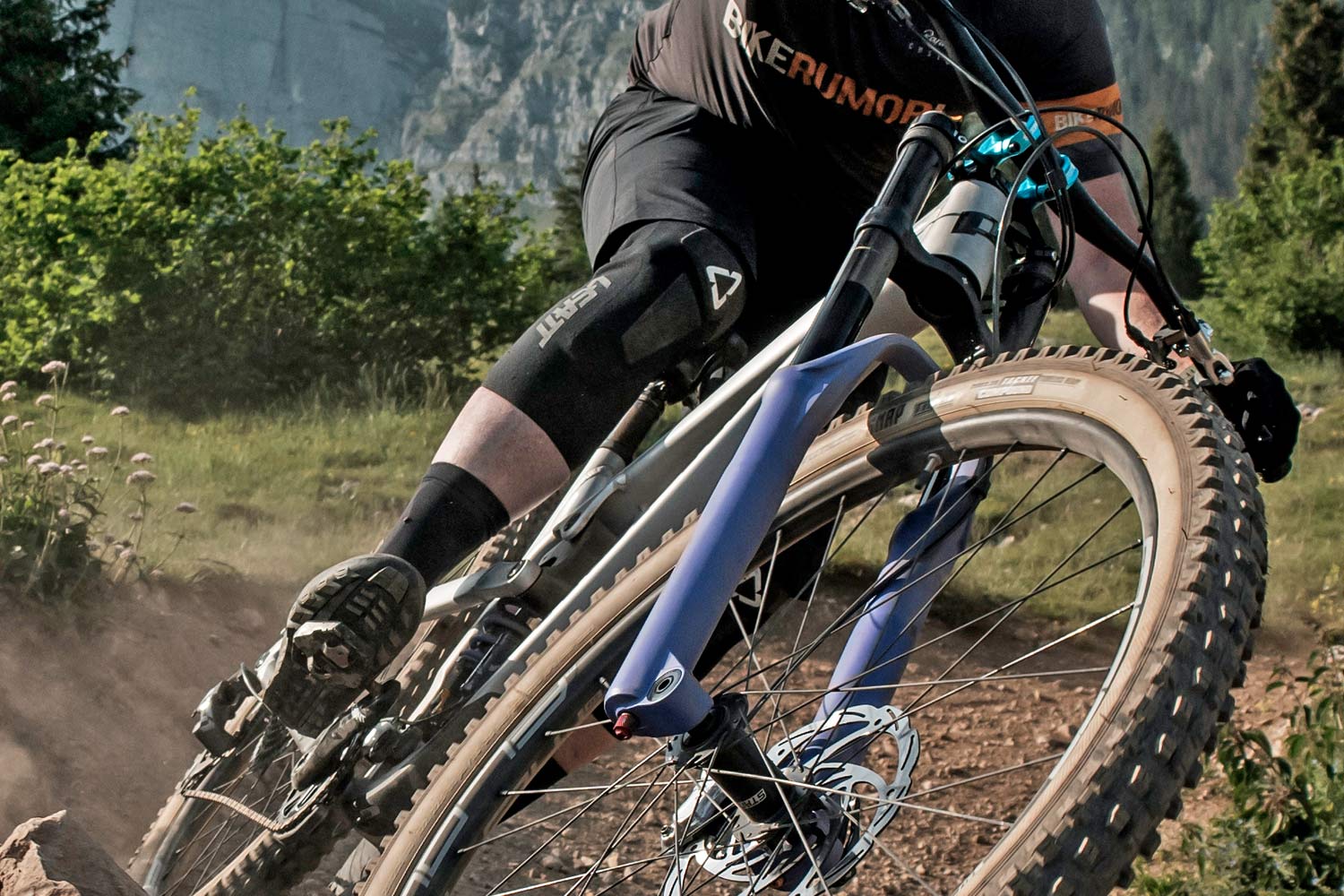 The secret trick is that the new 29er-only 180mm Selva XL FR shares the same lowers at the regular Selva enduro fork, and with it the same 35mm diameter stanchions. While that might seem small for this long travel and full-gas gravity riding, those really large (say 38mm) stanchions of competitors’ 180mm enduro forks come down to being able to take those big gravity forces, and transfer them into a single crown and into the steerer. 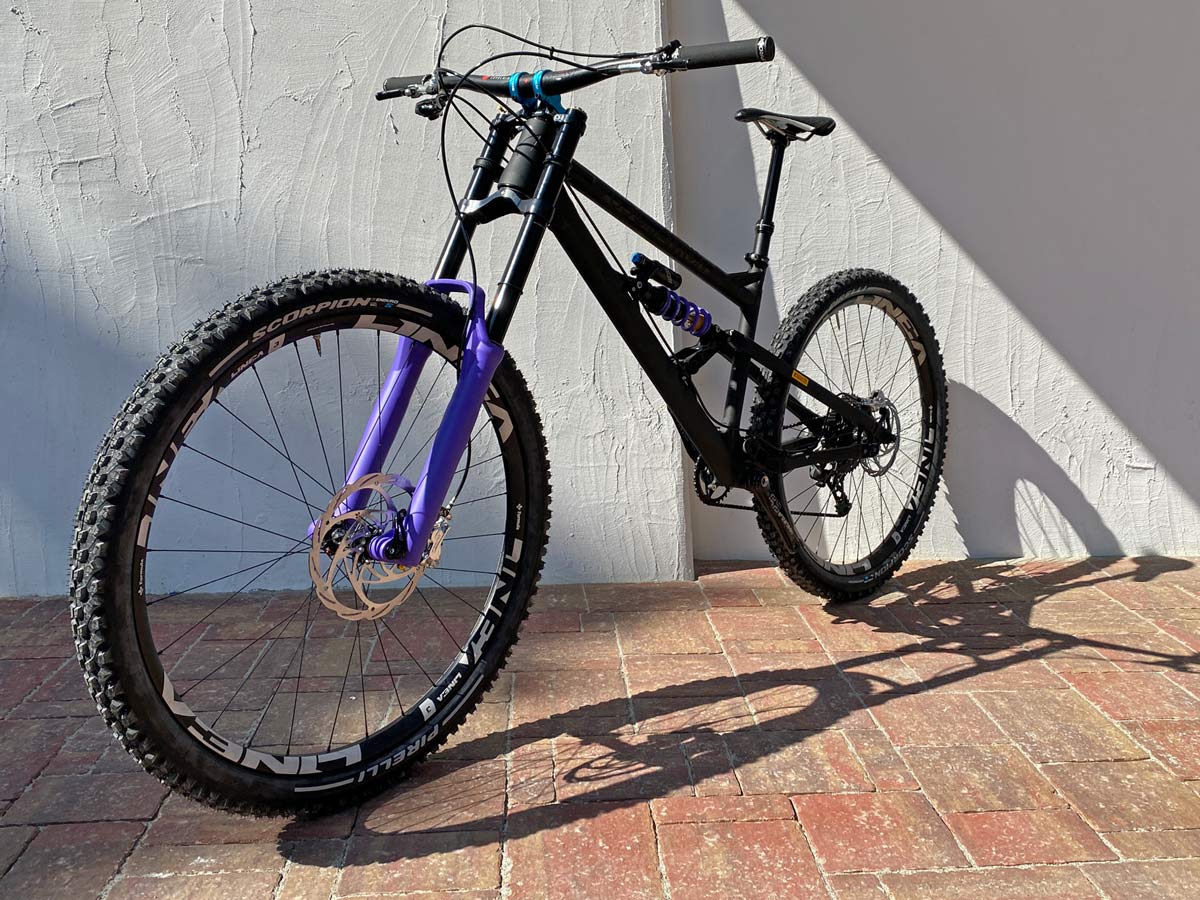 The big suspension companies (think: RockShox & Fox) had to go for those massive stanchions to maintain steering precision & front-to-back stiffness what it needed to be to handle ever-steeper and more technical high-speed riding. But doing so may have actually resulted in too stiff of a chassis where the internals couldn’t cope quite as well with the inevitable flex that will always happen on the biggest hits. 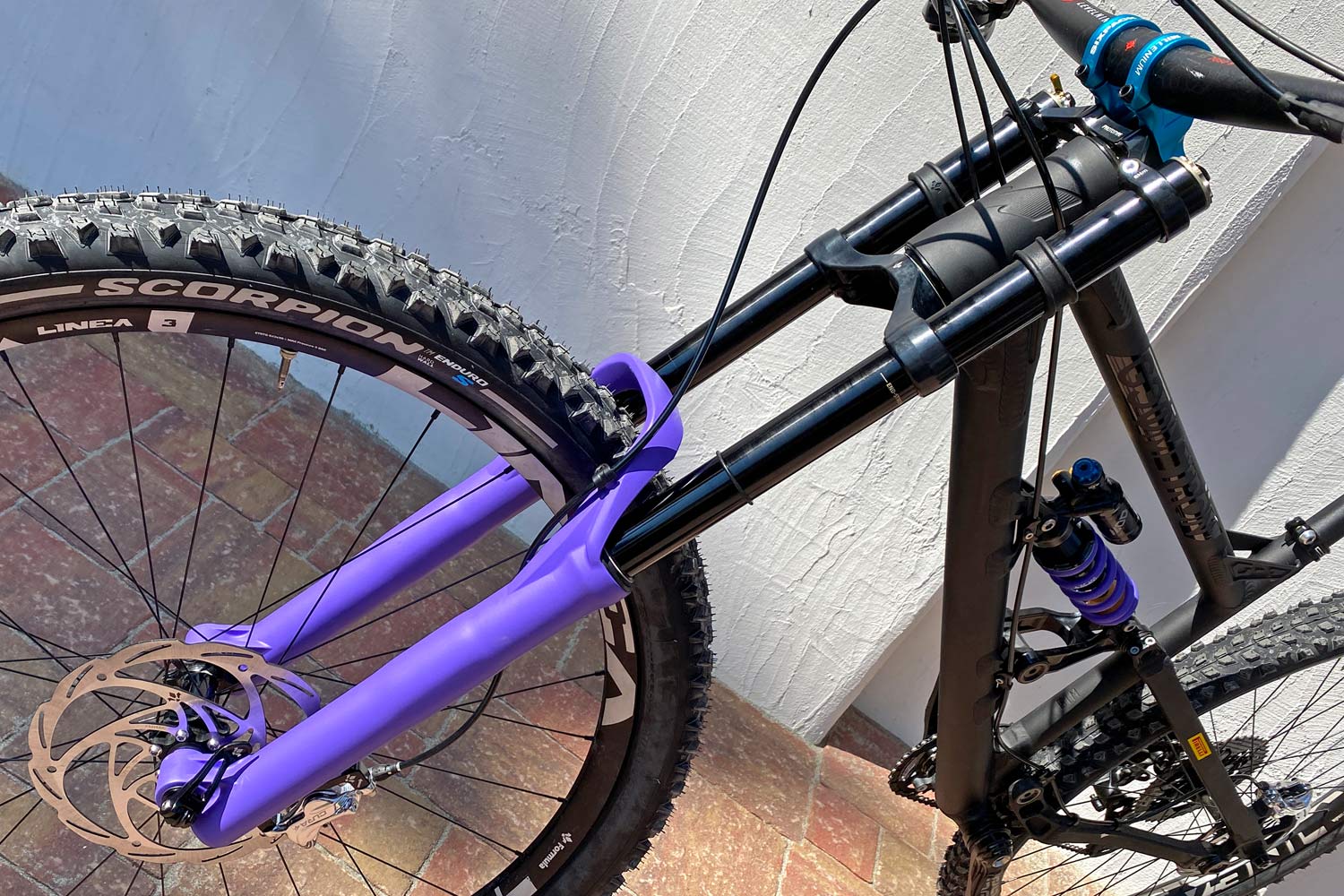 So instead, Formula took their proven 35mm Selva platform and gave it an XL boost in stiffness not with bigger stanchions, but with a super light second crown. The idea isn’t to compete with DH forks – Formula already has the Nero there. But instead, to get the uncompromising suppleness of a fork that is plenty stiff, but not too stiff – scaled back for big mountain enduro racing or freeride. Plus, the ability to actually pedal this thing uphill when you need to thanks to the same Selva lockout. 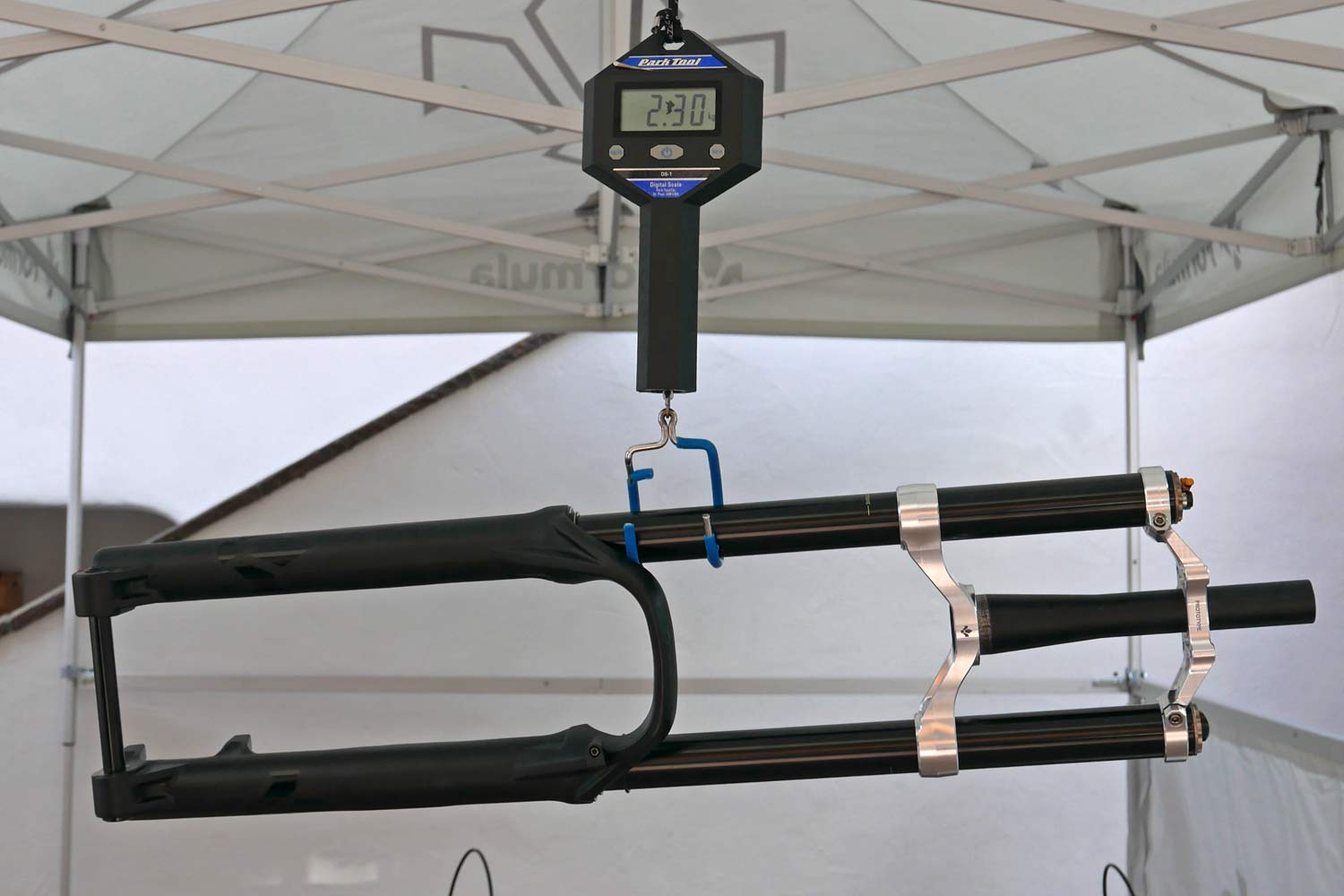 Formula wanted to build a double crown 180mm Selva that was lighter than any single crown 180mm enduro fork. And that’s what they did here.

This prototype Selva XL / EN / FR(?) weighed just 2.3kg on our scale, ready to ride with an uncut steerer, and designed for the heaviest enduro & freeride bikes and eMTBs. And Formula says their production version will be under 2.270kg.

Compare that to a claimed Zeb minimum weight of 2.28kg with its 38mm stanchions or Fox 38 where even though Fox claims lighter weights, the lightest we’ve seen with oil in it and a thru-axle has weighed 2.3kg. And it’s our understanding that 38mm, single crown 180mm forks certified for e-bike use are even heavier.

So how is it so light? 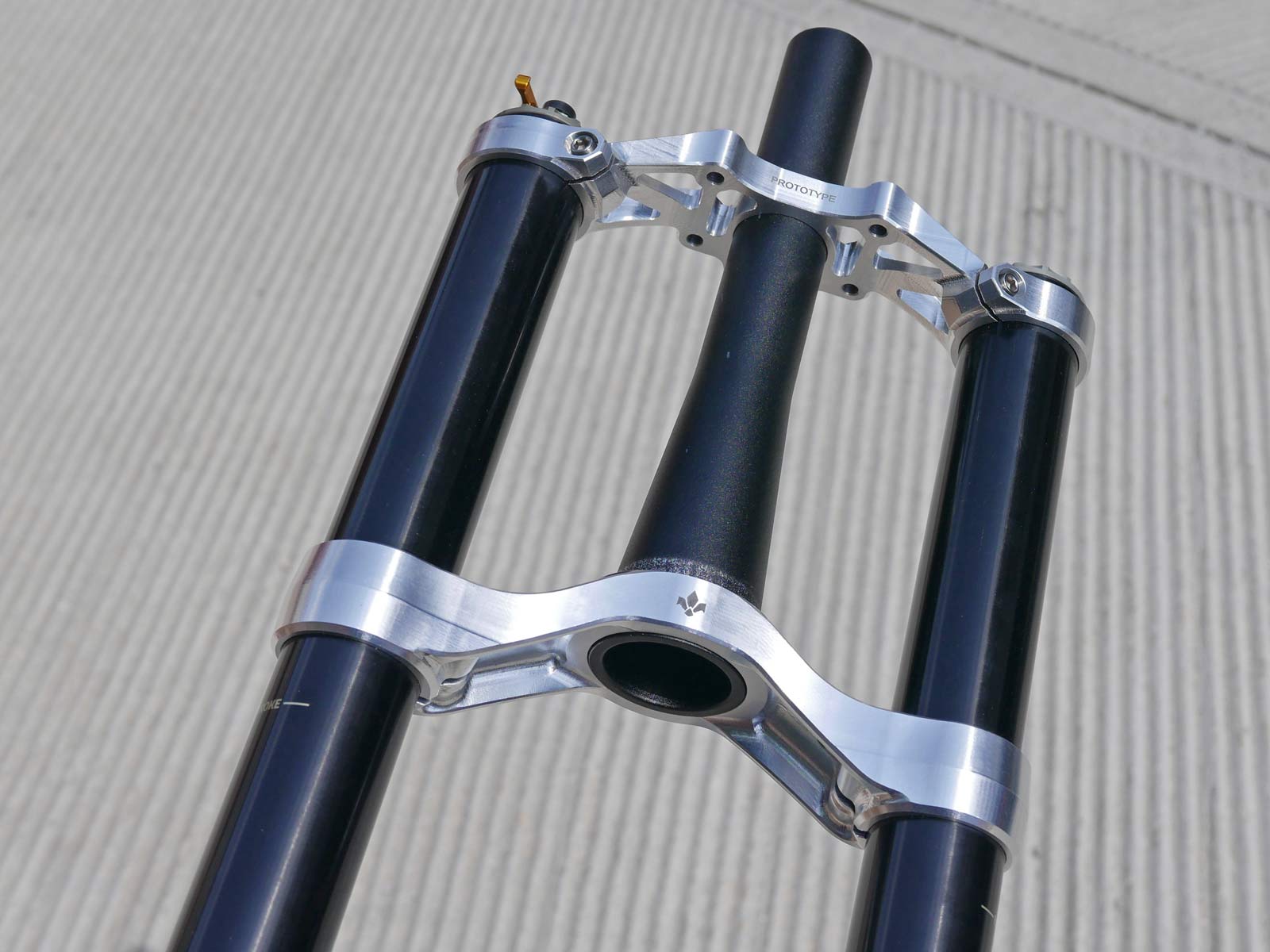 Internally-butted 35mm stanchions are a good starting point to keep weight down. Then, just adding the second crown eliminates cantilevered forces at the steerer making everything stiffer even with thinner walls.

And then Formula went to town machining extra grams out of the crowns. When looking at the slightly slower speeds of enduro, freeride, or even bike park riding vs. World Cup Downhill, they realized they could get a much smaller lower crown with only one lower-profile single bolt clamp for each leg.

And then the top crown gets machined even further, with a direct mount stem interface for no-hassle bar mounting & security. 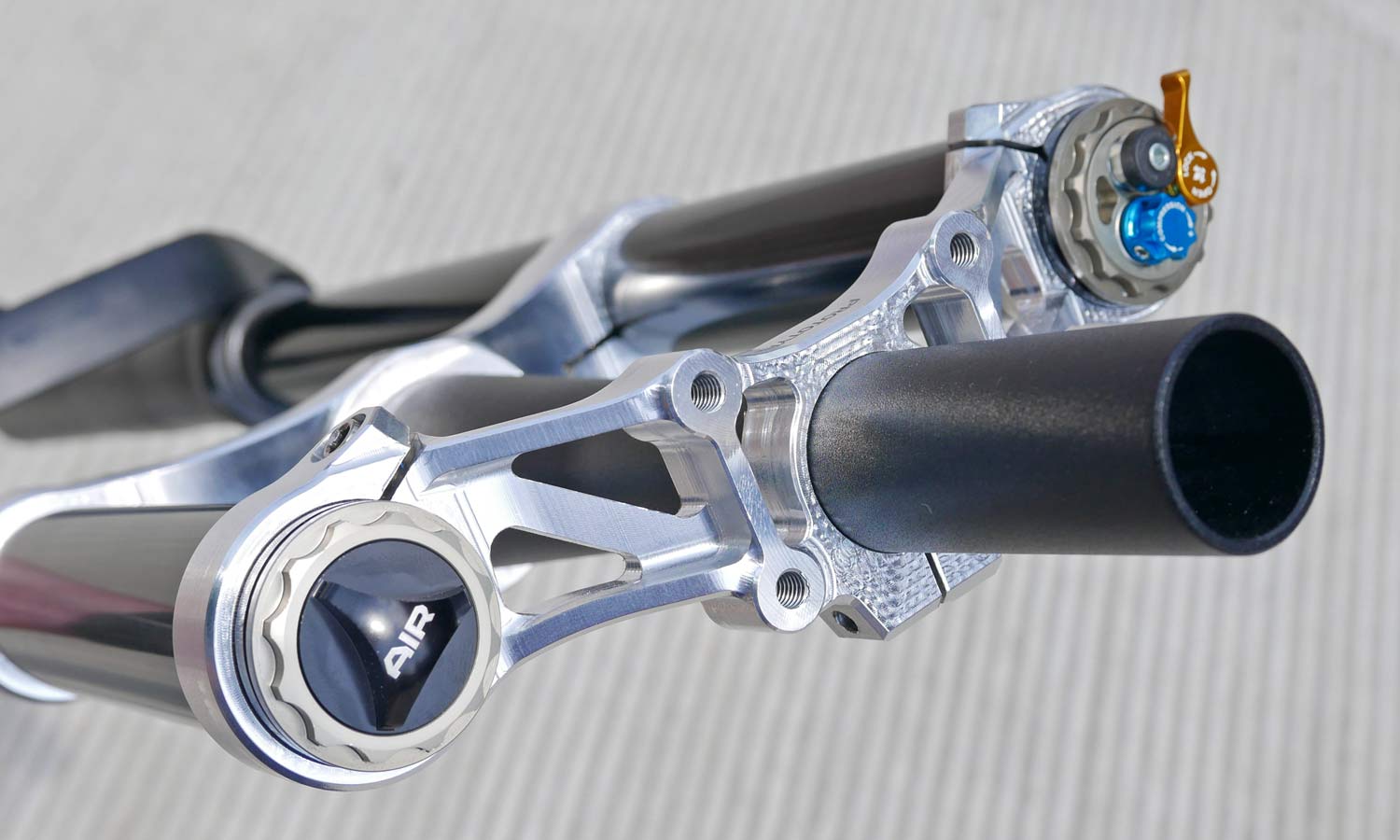 Starting with shared Selva lowers continues Formula’s concept of modularity, but also means that you get more familiar Selva fork travel with enduro-proven internals. In fact, inside the fork is virtually the same as the single-air Selva S.

It has same air volume, the same adjustable & tunable damper in the right leg, and the same lockout for those times you have to pedal uphill. (I pedaled this Selva XL equipped Propain Spindrift up on ski area access road after missing the last uplift, and it wasn’t too painful.) 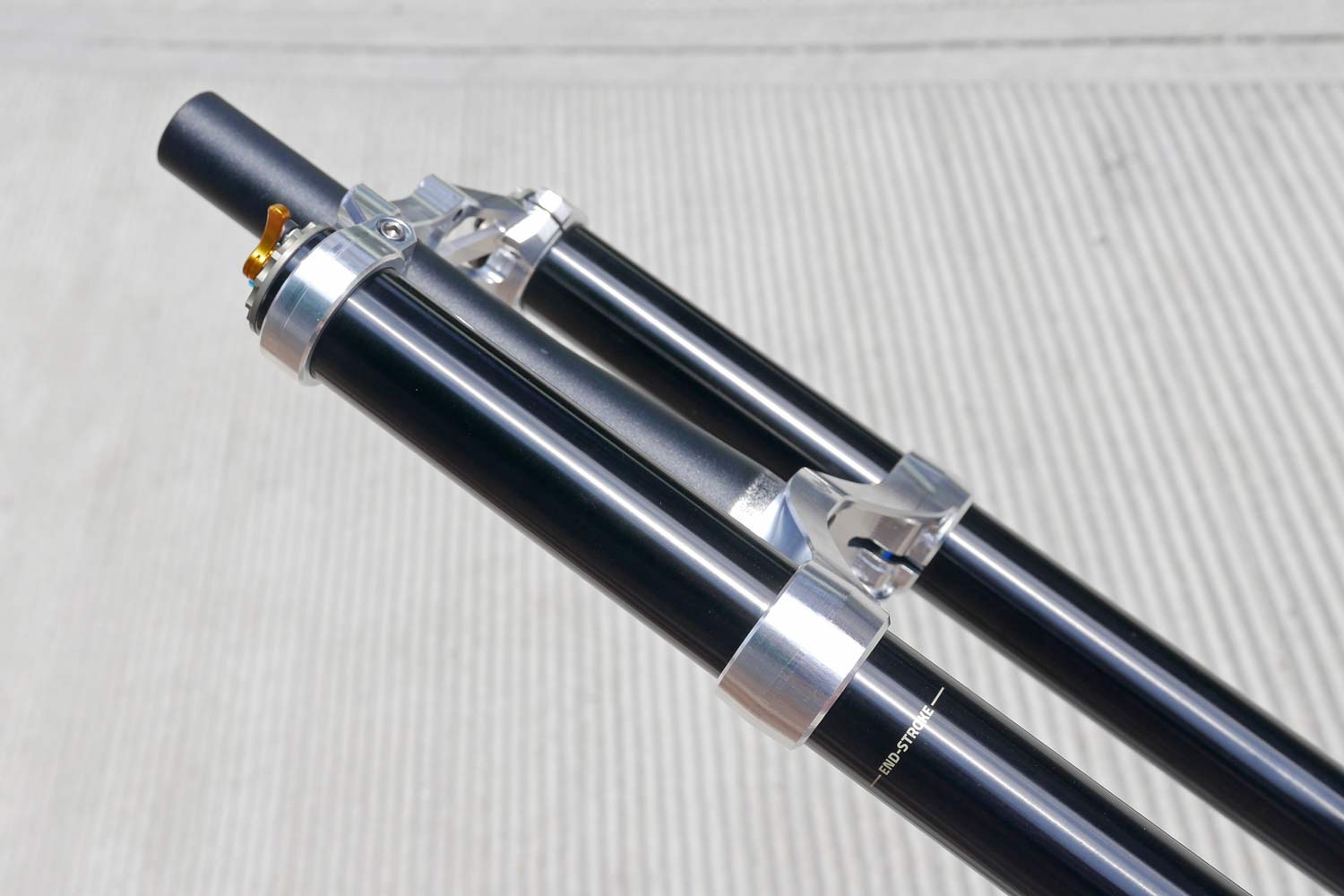 Without the cantilevered forces of a single crown, the stack height of the lower crown is actually much smaller than the regular Selva. That means you can actually get roughly an extra 10mm of travel with the same axle-to-crown. So you could likely upgrade your current 170mm (single-crown) bike to 180mm (double-crown) travel without changing the geometry.

Ultimately, the double crown brings more adjustability, so you can even fine-tune axle-to-crown a bit to get the perfect setup for your style of riding & terrain.

This is clearly still a prototype, so you aren’t going to be able to buy one right away. But that said, there’s not really any new tech in the fork, so it is essentially ready to go. We’ve been riding it this week in the Dolomites on a Propain Spindrift AL freeride bike, and our first impressions are feeling like a gravity superhero in the bike park. 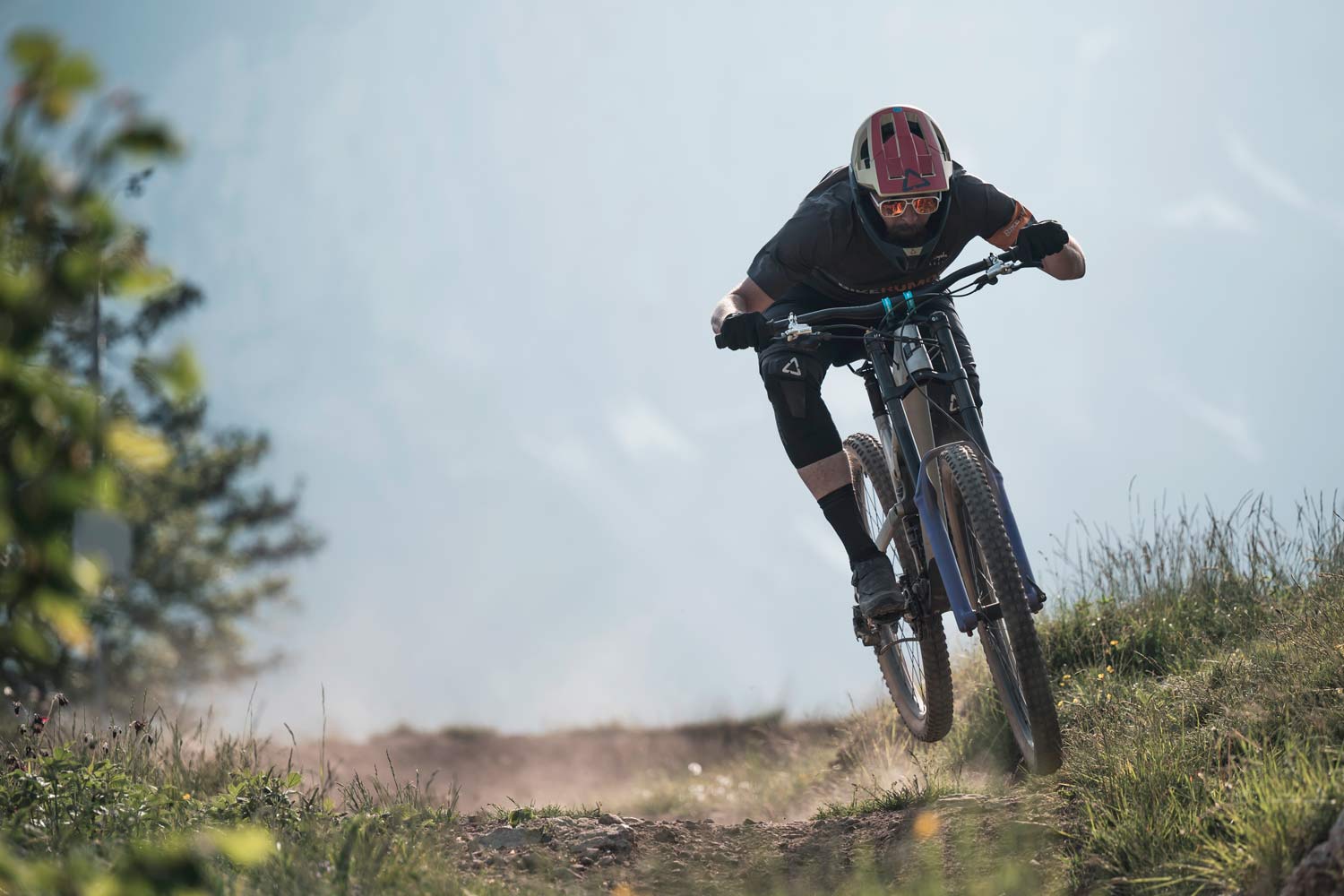 As for when it will come to market, Formula promised an official public product launch later this year. And said that the forks will be ready for consumers to ride at the start of 2022 as OEM on bikes and aftermarket. The Propain (which we will review in the next week or so) will likely add a spec option once it is official later this year. As for how much it will ultimately cost, Formula was also vague but assured us that it will be cheaper than a top-tier 38 or Zeb.

From our first impressions – a lighter, stiffer, more supple, more affordable 180mm 29er enduro to freeride fork seems pretty much like a no-brainer. Now we just have to wait a few months until it gets official (and a real name.)