Norco have announced three new eMTBs to their line-up for 2022. The Range VLT, Sight VLT and Fluid VLT cover enduro, all-mountain and trail riding, respectively. With alloy and carbon frame options in addition to three different battery capacities (including 900Wh), there are now thirty possible combinations, ready to satiate everyone’s eMTB desires (don’t pretend you don’t have them). 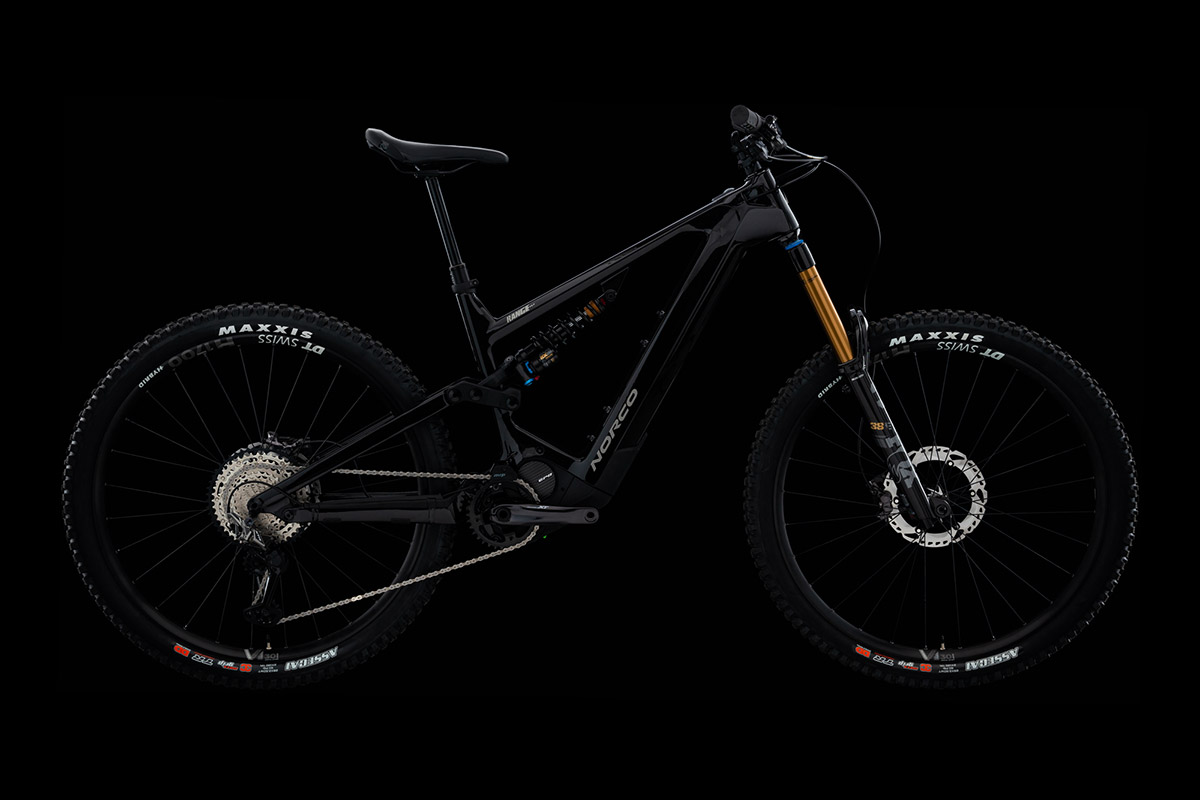 The Range VLT, Sight VLT and Fluid VLT platforms have been overhauled for 2022 with new geometry, a new suspension linkage, new motor and new (bigger) batteries. A Shimano STEPS EP8 motor drives all three. Batteries are sold separatley specifically to allow riders to choose from a 540Wh, 720 Wh and an industry-leading 900Wh battery. They retail at $749, $999 and $1,199 USD, respectively.

All models of the longer travel Sight VLT and Range VLT, at least, get an eMTB appropriate parts list, including 4-piston brakes with 200mm or 220mm rotors, 29″ wheels, e-rated forks, reinforced rims, spokes and freehub bodies, and Maxxis Double Down tires. And, there are carbon and aluminium options for both. The shorter travel Fluid VLT is available in aluminium only. 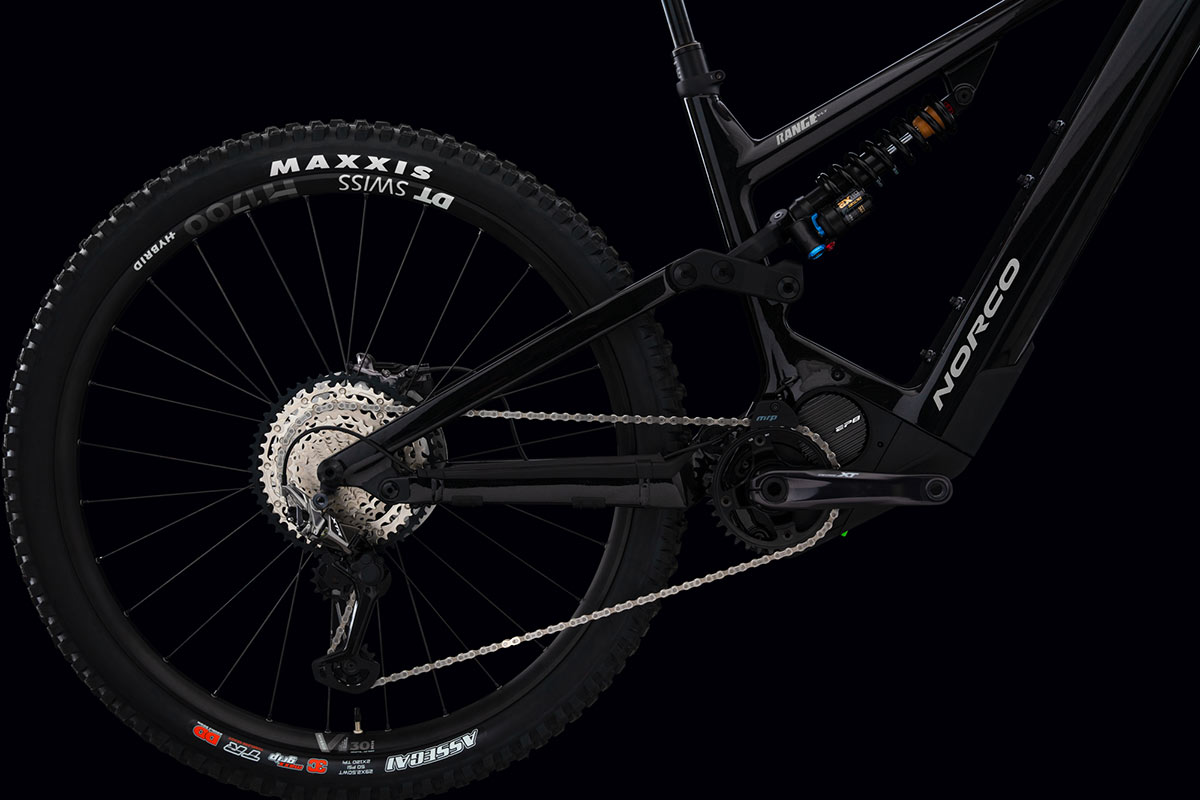 Across the Norco eMTB range, seat tubes are short and straight allowing for the use of long travel dropper seat posts

The major update for the 2022 Norco VLT bikes is the new suspension linkage. Don’t get too excited. Sadly, none have adopted the high virtual pivot seen on the 2022 Range. All three of them have, however, done away with the rocker of VLTs past, replacing it with a different take on the Horst-Link, positioning the shock horizontally. 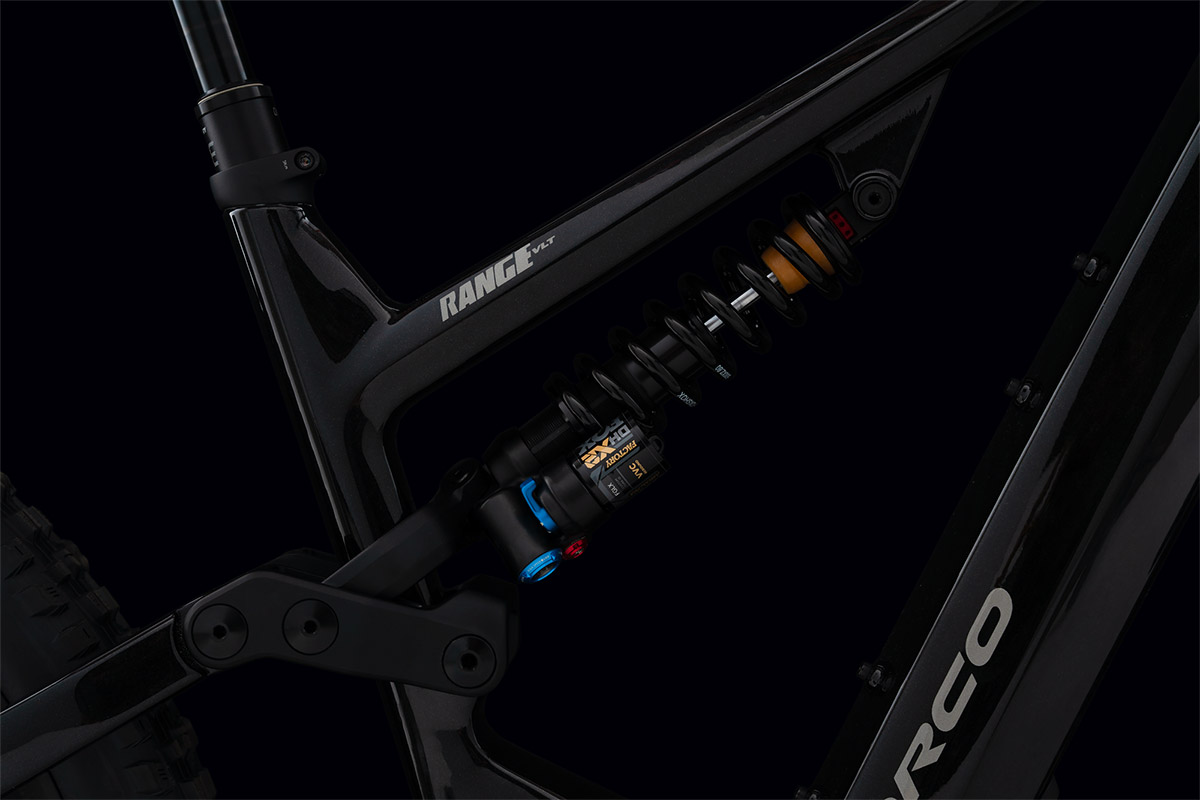 Why? Well, it wasn’t Norco’s primary intention. The redesign came about through their desire to build an eMTB in which their new proprietary battery could be slid in and out of the bottom of the downtube quickly and easily for off-bike charging and easy swaps.

To make the battery removable without compromising the integrity of the downtube, Norco have rotated the front of the EP8 motor up. That also improved the ground clearance, reducing the likelihood of the motor suffering a blow from trail debris. 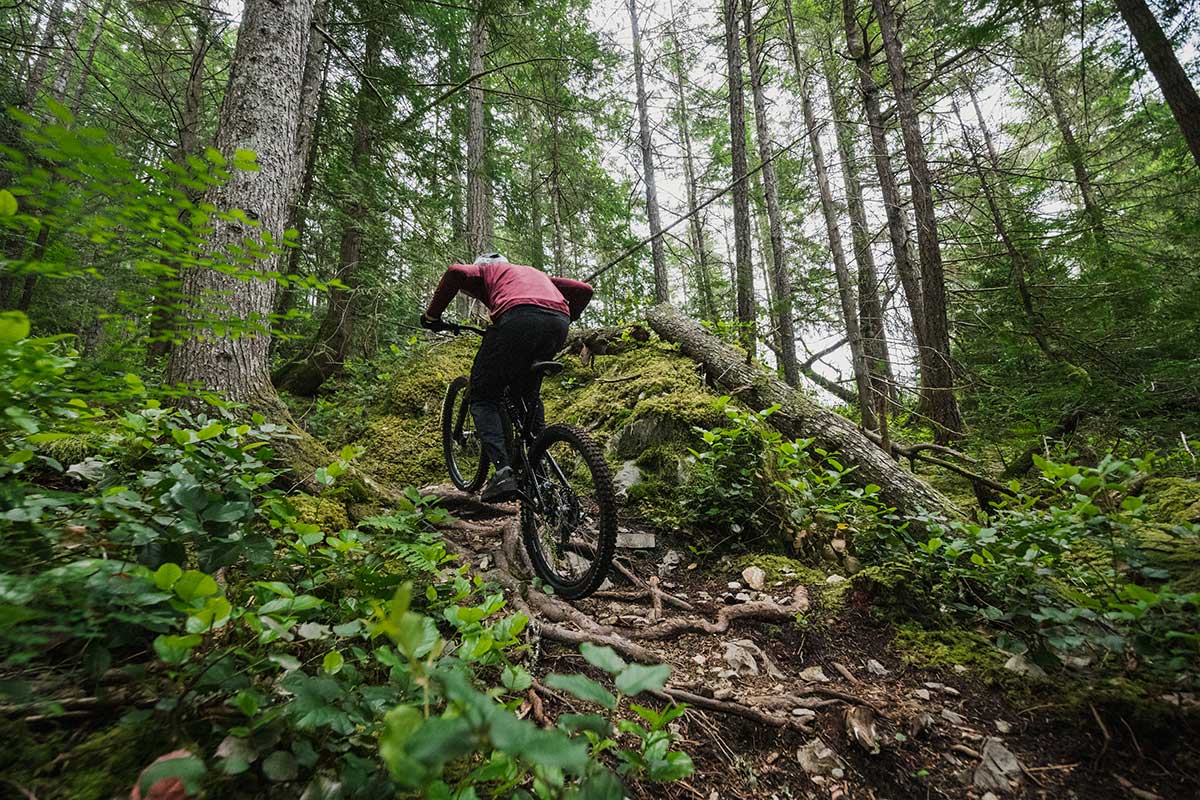 Norco say the re-positioned motor allowed them to rethink the suspension layout and
kinematics from previous VLT rocker-style designs, resulting in the updated
horizontal shock configuration. Thanks to that, the Sight VLT and Range VLT eMTBs have clearance for two water bottle mounts on the two largest frame sizes. 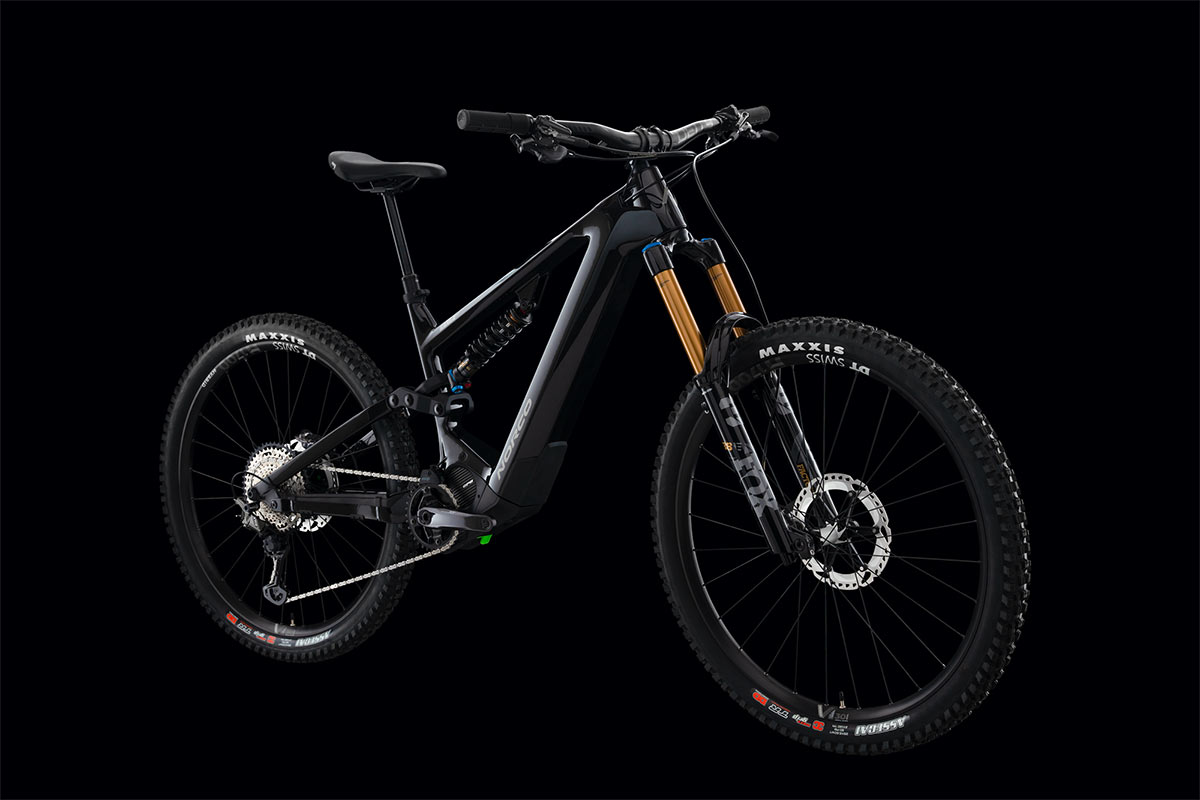 The Range VLT is Norco’s longest travel eMTB, with 170mm rear wheel travel paired with a 180mm fork. This one slots into their enduro category, with both carbon and aluminium options available. The C1 and C1 models get a carbon front triangle and seatstays while the chainstays are made from hydroformed aluminium. The same is true of the C1 and C2 Sight VLT eMTBs. 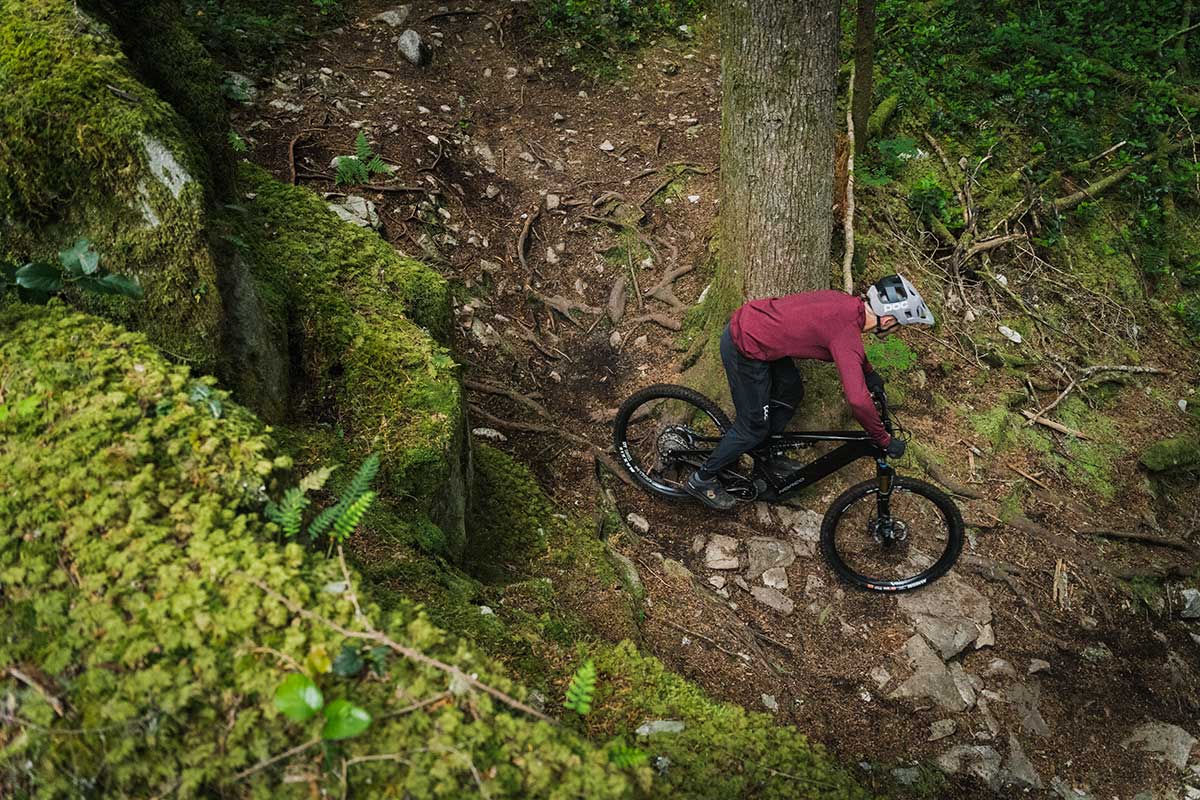 For this model year, the Range VLT comes in 29er only. To accommodate the larger wheel and maintain that 170mm of rear wheel travel, the rear-centre length has grown by 22mm to 462mm. While Norco take a proportional approach to chainstay length on their non e-bikes, they’ve decided to keep the rear-centre consistent across frame sizes for the VLT eMTBs. 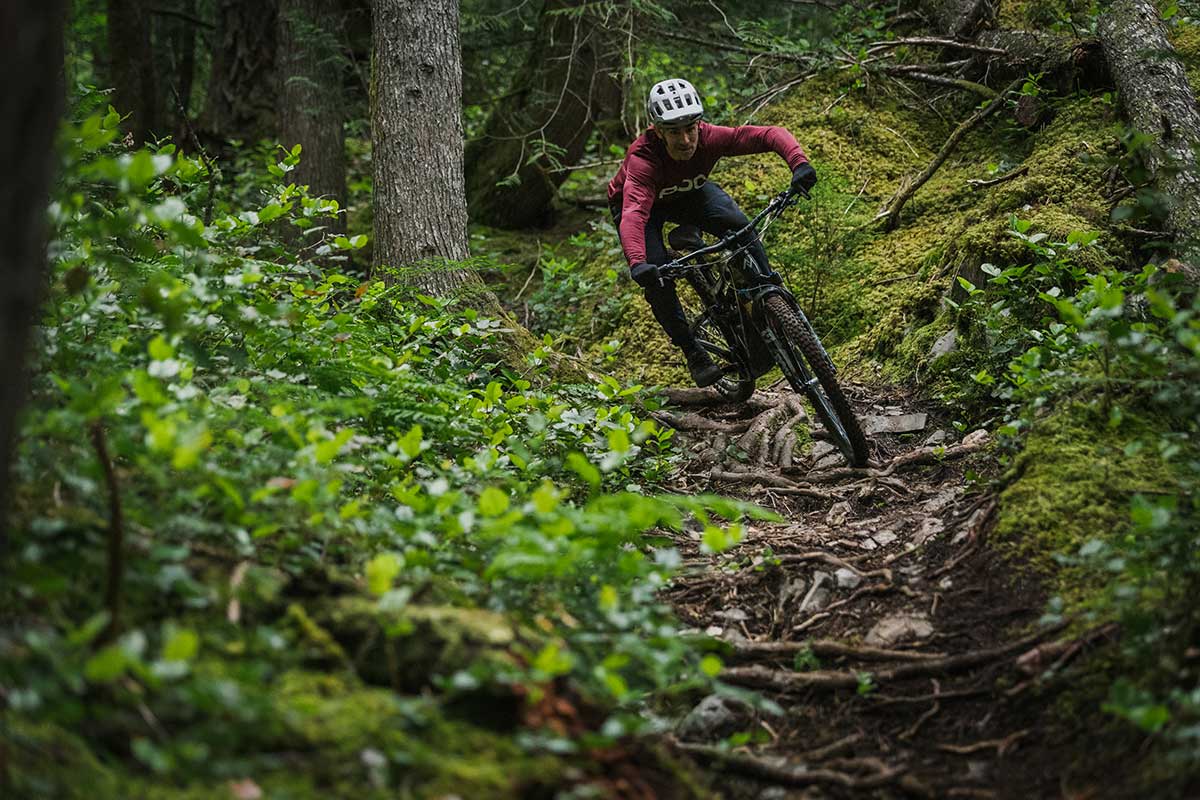 Despite the suspension linkage overhaul, the geometry hasn’t changed dramatically. The head angle sits back slightly more at 63.5°, as does the seat angle, now at 76.9° in large. Norco have added another frame size for this model year, with the range now spanning S-XL with reach figures stretching from 415mm to 505mm (475mm in large). 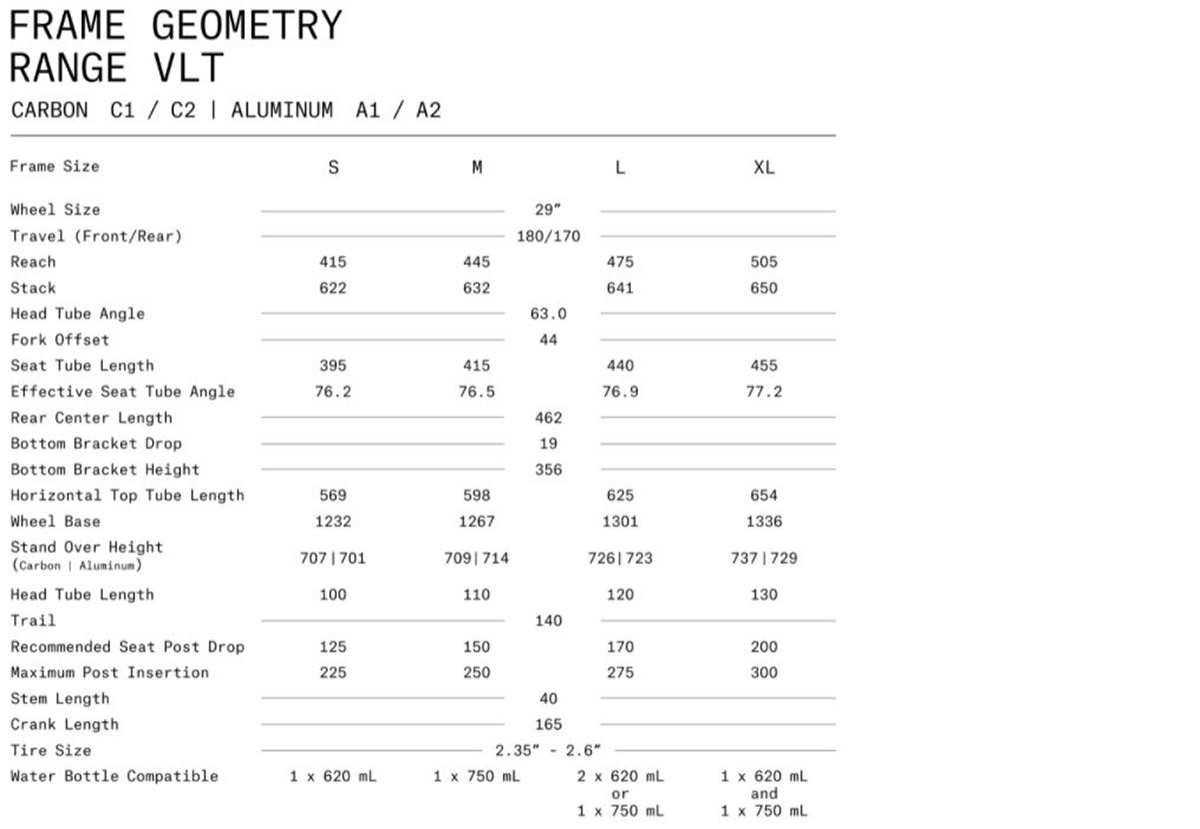 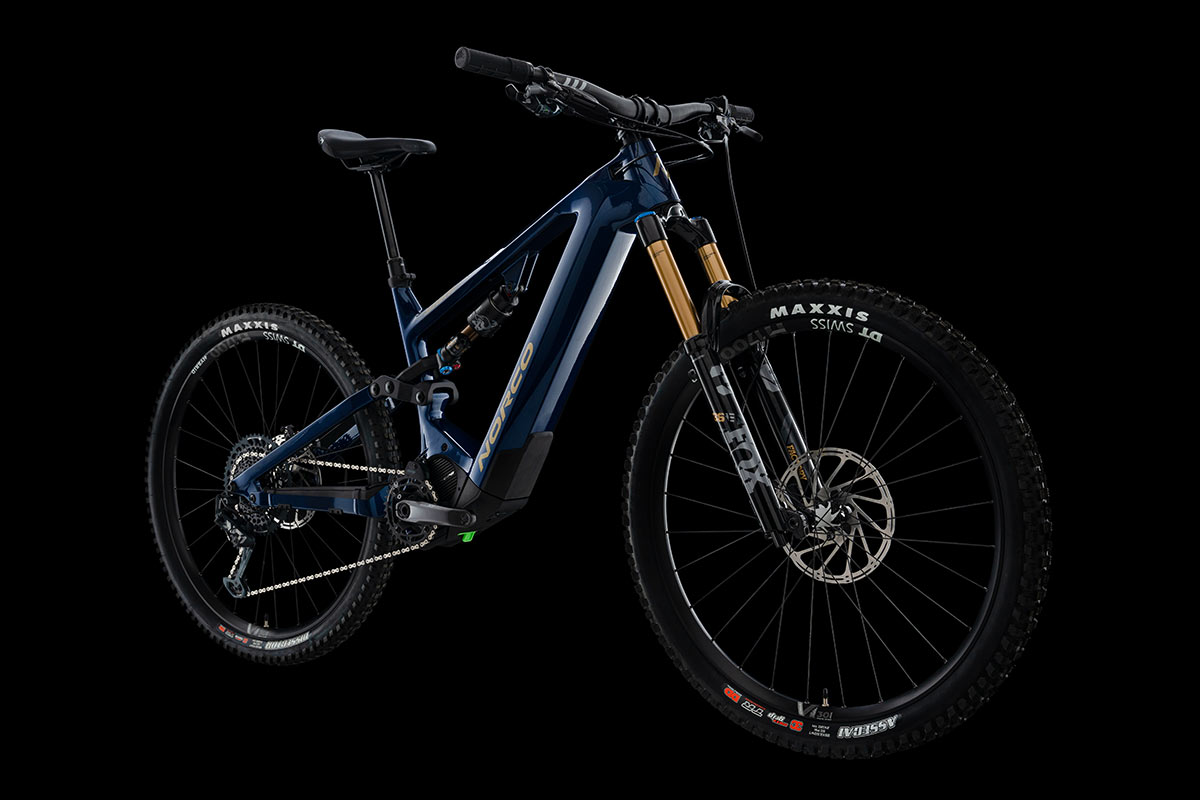 The 2022 Norco Sight VLT is their all-mountain eMTB rocking a 160mm travel fork married to 150mm rear wheel travel. It keeps 29″ wheels for this model year with only a few, subtle geometry changes to speak of. 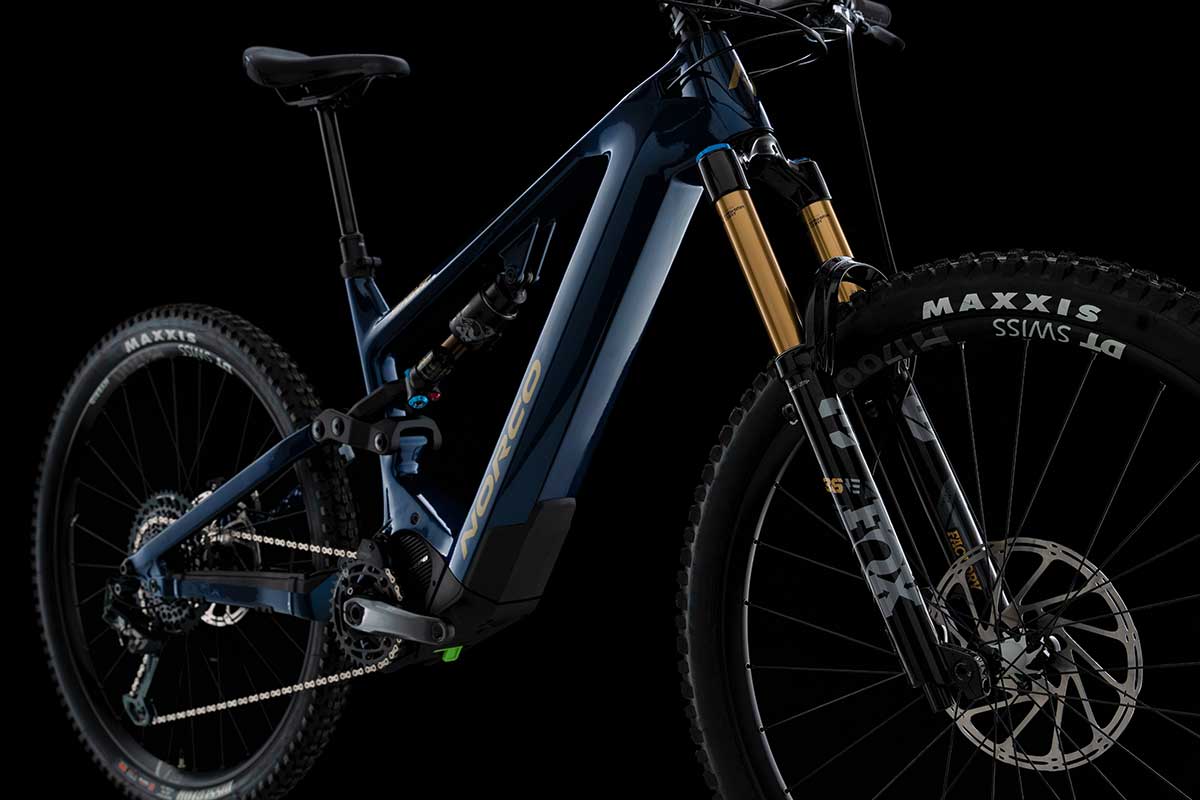 The S-XL frame size range maintains reach figures seen on the 2020 iteration, spanning a 425mm to 515mm range (485mm in large). The head angle remains fairly slack at 64° while the seat tube angle slacks off by 1° to 77.7° in large. While most manufacturers are steepening seat tubes for non-eMTBs, the opposite is true for eMTBs where the importance of an efficient pedaling position is arguably lesser. 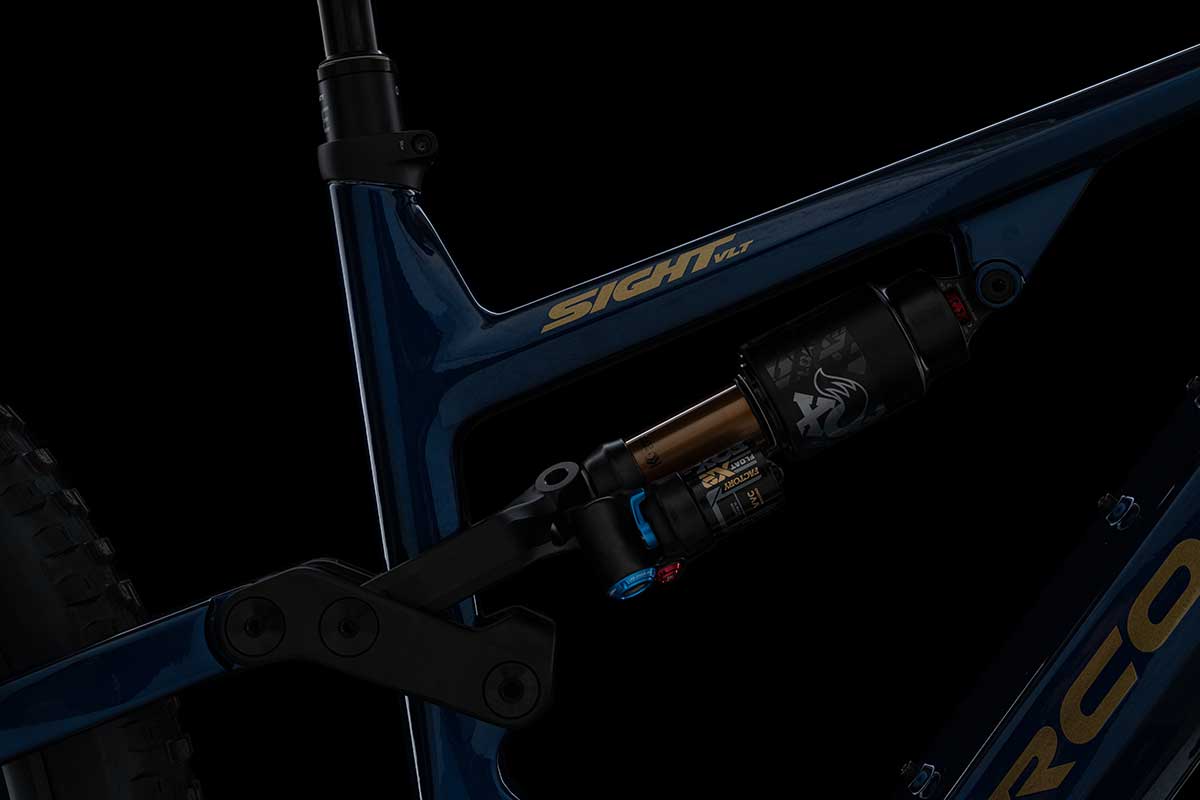 The rear centre length has grown slightly to 462mm while the bottom bracket height drops ever so slightly to 350mm. 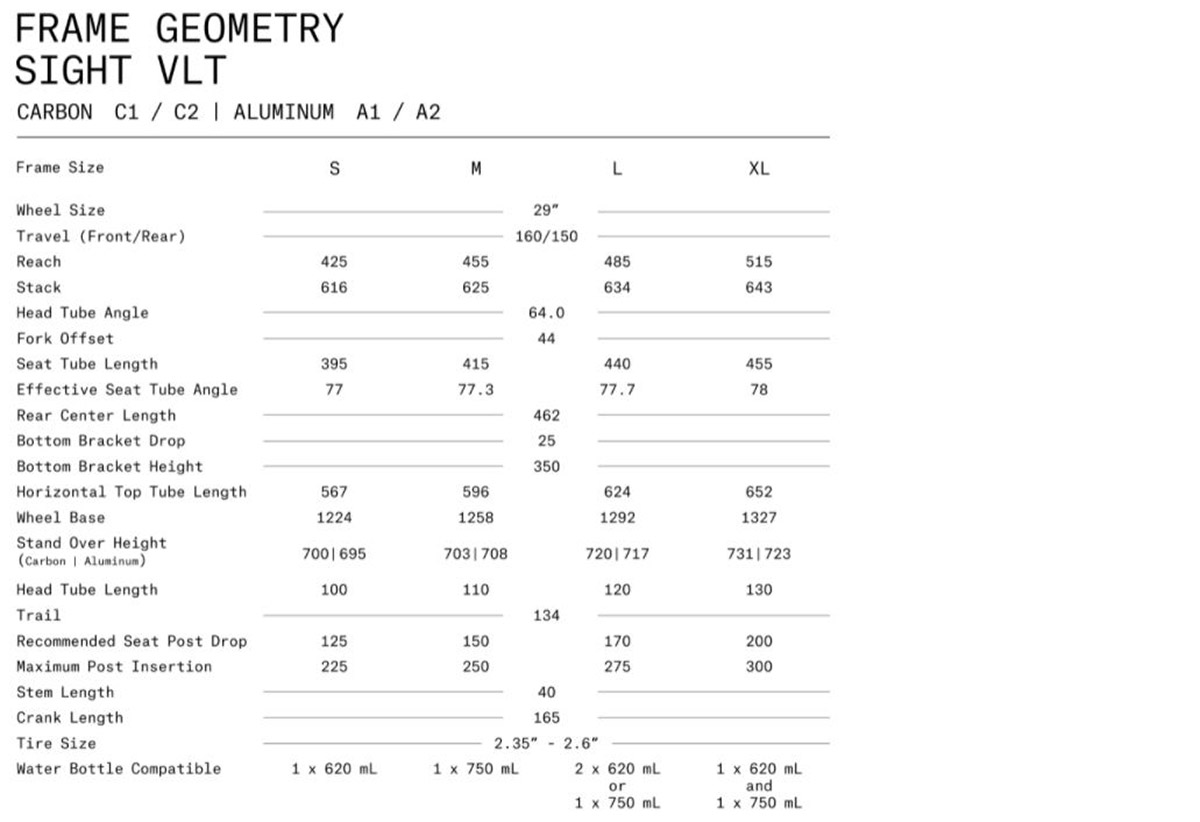 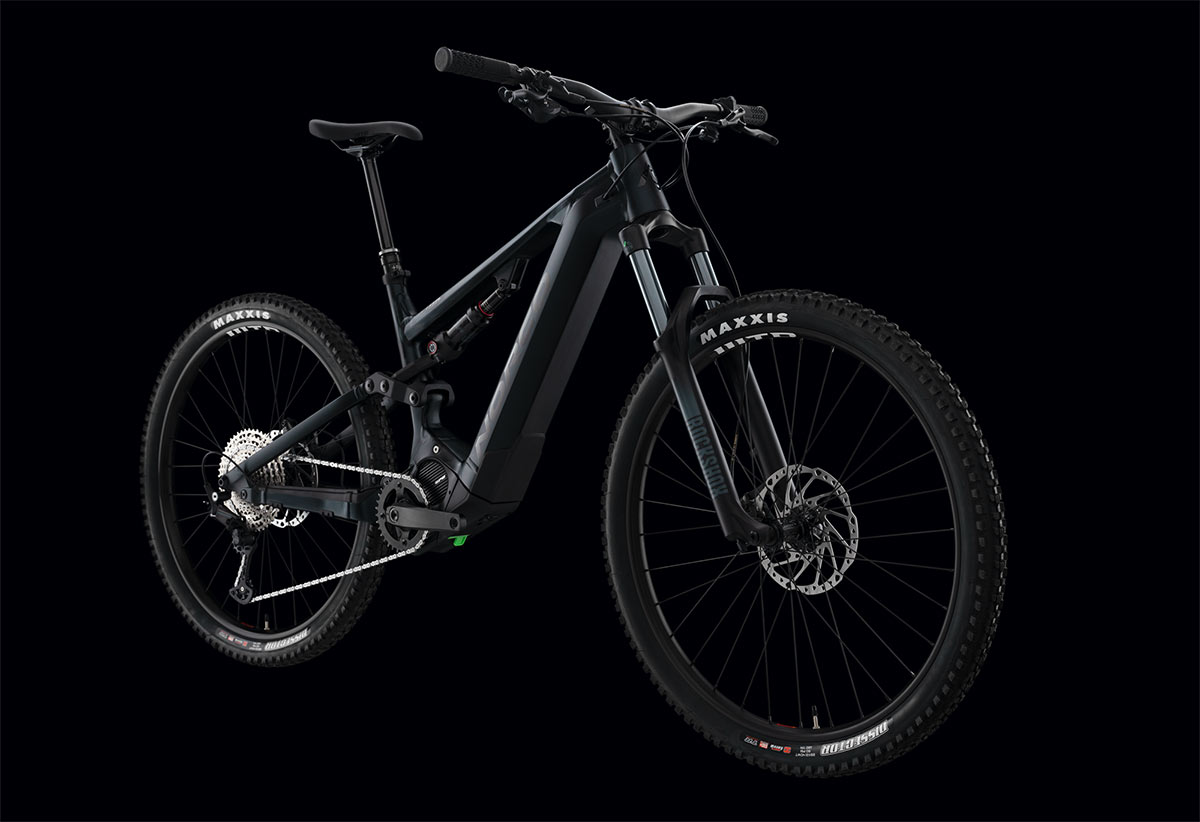 The 2022 Norco Fluid VLT is the shortest travel option. Rolling on 29″ wheels, the Fluid VLT gets a 140mm fork paired with a 130mm travel rear end. This one is only available in aluminium, though riders do have the choice of the A1 or A2 model, retailing at $4,799 and $4,199 USD, respectively. 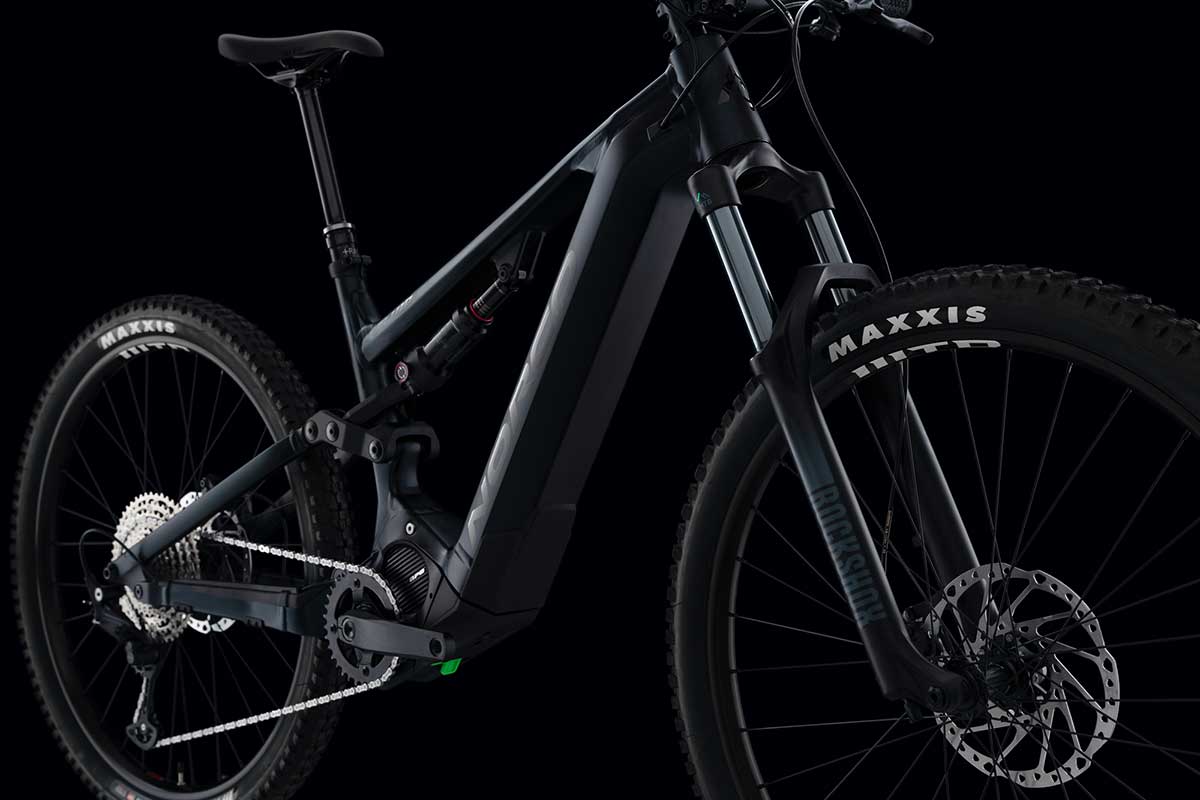 Featuring less aggressive geometry than the Sight VLT and Range VLT, the Fluid VLT slots into the Trail eMTB category. It runs a 65° head angle and a 76.2° seat tube angle (L). Reach stretches from 410mm in small, up to 500mm in XL. Like the Sight, the rear-centre measures up a 462mm and the bottom bracket sits at 350mm. 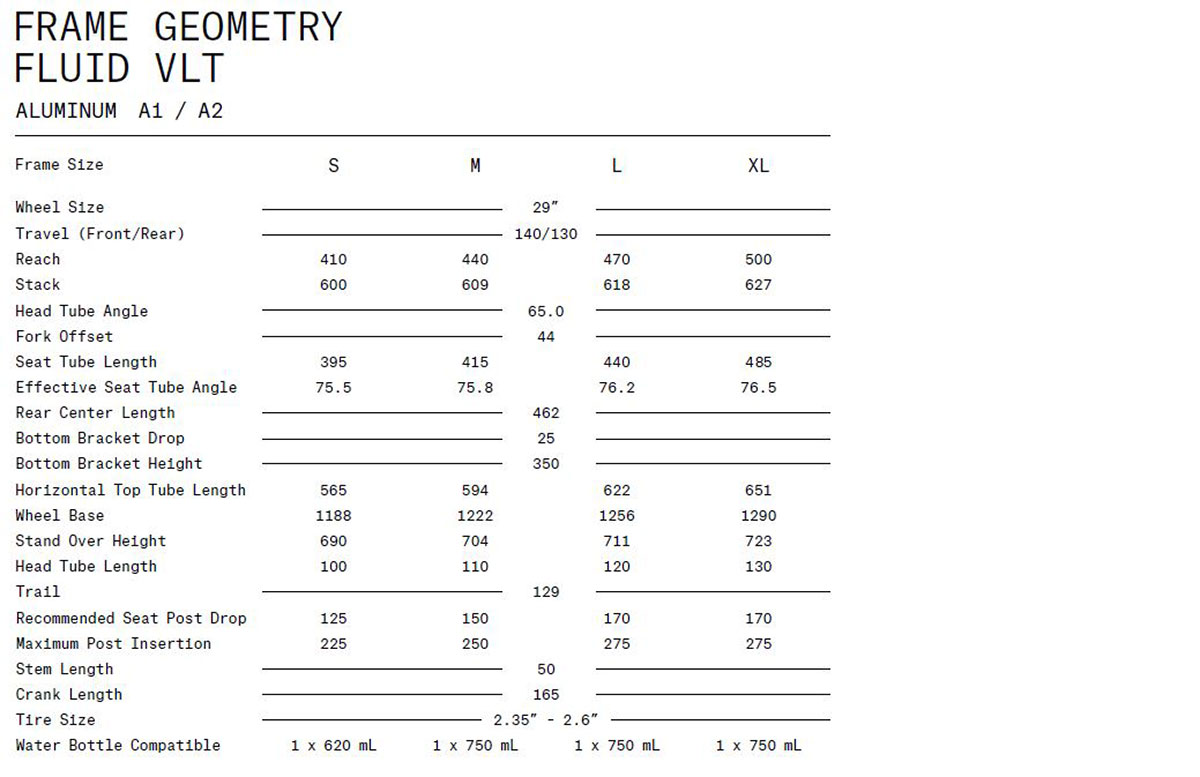 Pricing for the 2022 Norco Range VLT, Sight VLT and Fluid VLT eMTB start at $5,299, $5,199 and $4,199 USD, respectively. All are available now from Norco’s network of dealers. For a full breakdown on pricing and specifications, head to the Norco website.