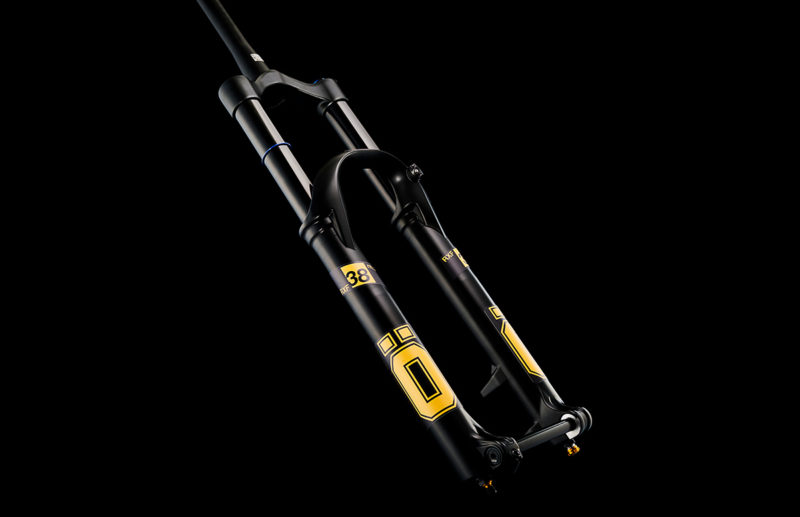 Ohlins have teased us with their 38mm stanchion single-crown fork for long enough. Until now, you could only get your hands on one if buying a complete bike from Mondraker, Thok, and other Ohlins OEM partners. Those eMTBs featured the m.1 version of the Ohlins RXF38; now, the Swedish suspension manufacturer are releasing the lighter m.2 version, available to the masses in a 29″ Air Spring version only (for now, at least). 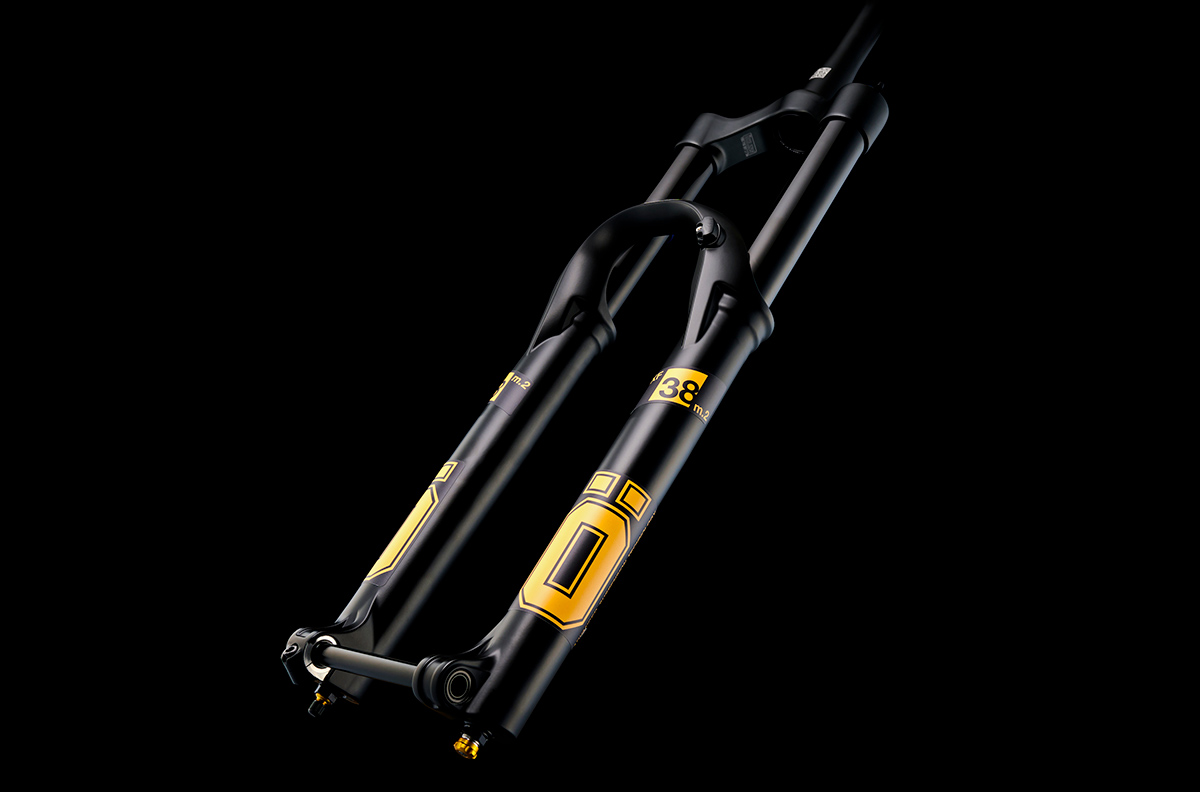 With the advent of the ZEB and FOX 38, beefier, stiffer stanchions on a single-crown fork was the logical next step for Ohlins. They made us wait, though, spec’ing it only on a handful of their closest partners’ eMTBs. 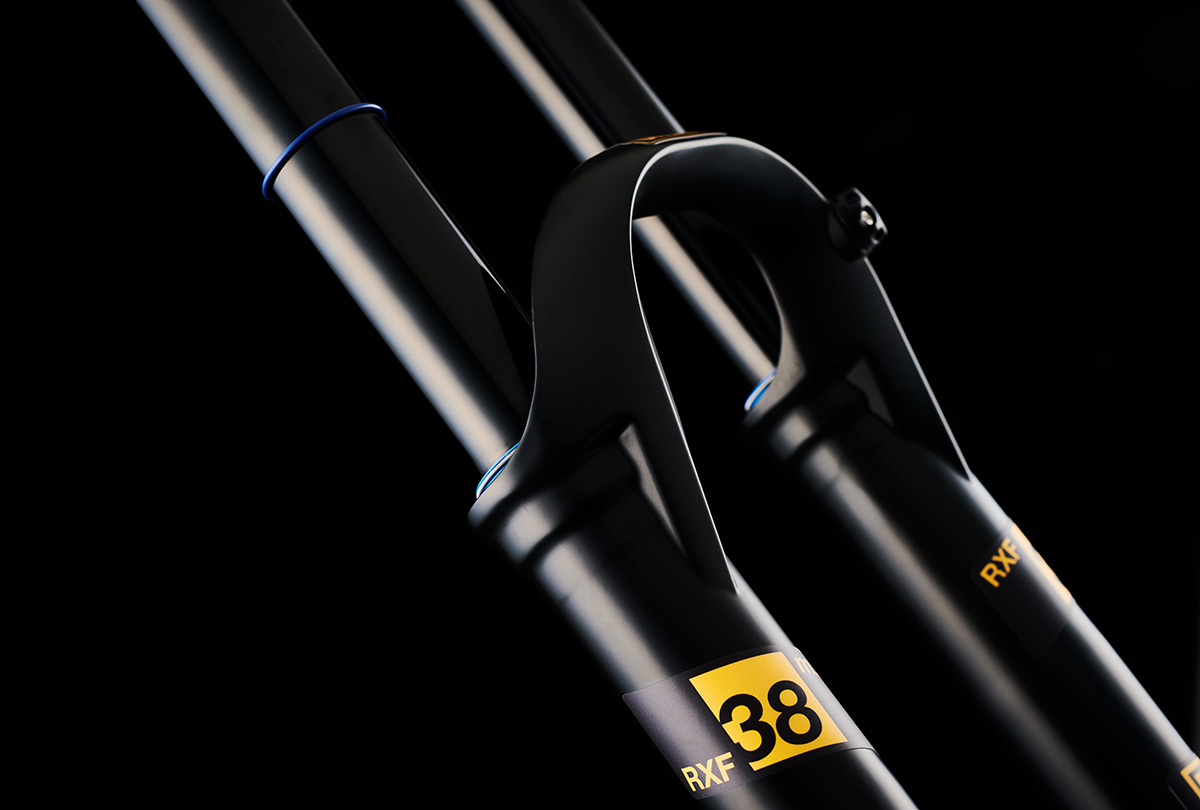 The original RXF38 took the 18mm piston TTX18 damper cartridge and three-chamber air spring from the DH38 dual-crown fork, re-tuning it all to fit inside a single-crown platform with improved small bump compliance. The new Ohlins RXF38 m.2 version is very much the same, but with re-engineered lowers that shave a few superfluous grams off the total weight. While the m.1 weighed a claimed 2390g, the new m.2 weighs a claimed 2320g. That’s around 200g lighter than the 36mm stanchion RXF36.

Now an aftermarket product, the Ohlins RXF38 m.2 single-crown fork is available in a 29″ air spring version only, adjustable to 160mm, 170mm and 180mm travel. The three-chamber air spring allows riders to tune the early, mid- and end-stroke support of the fork. 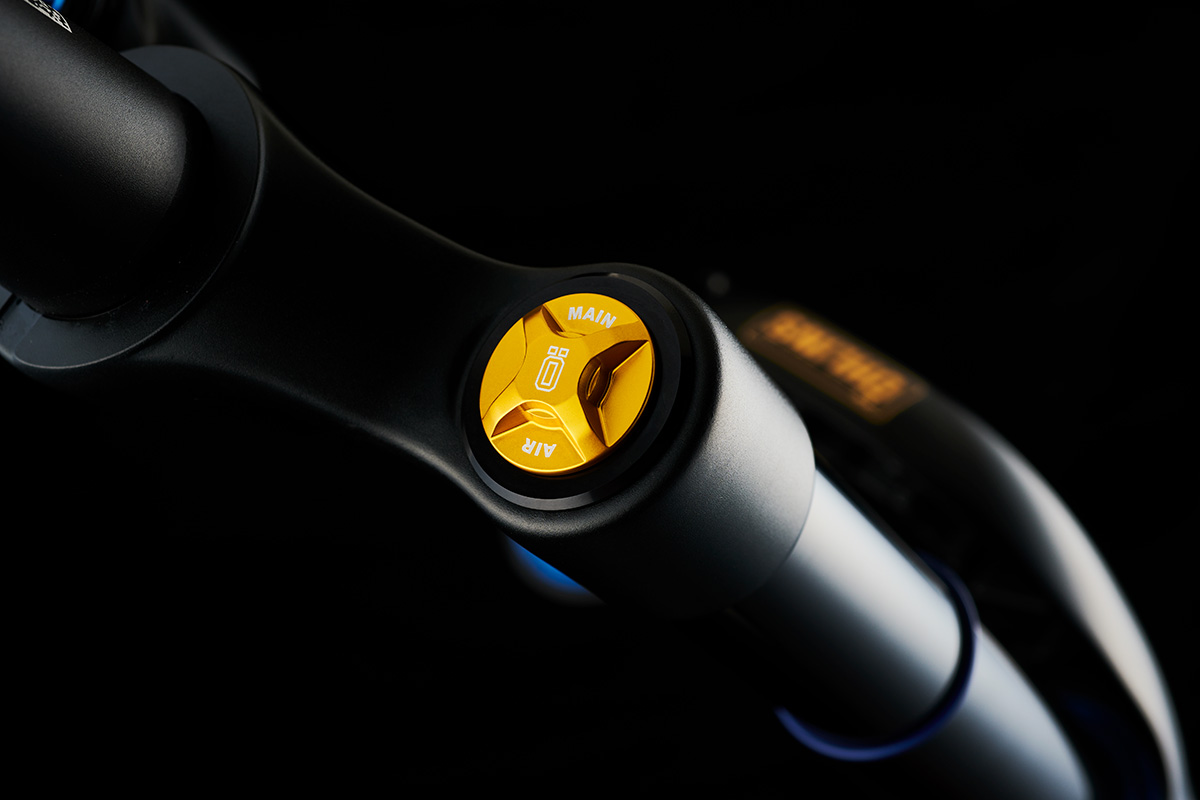 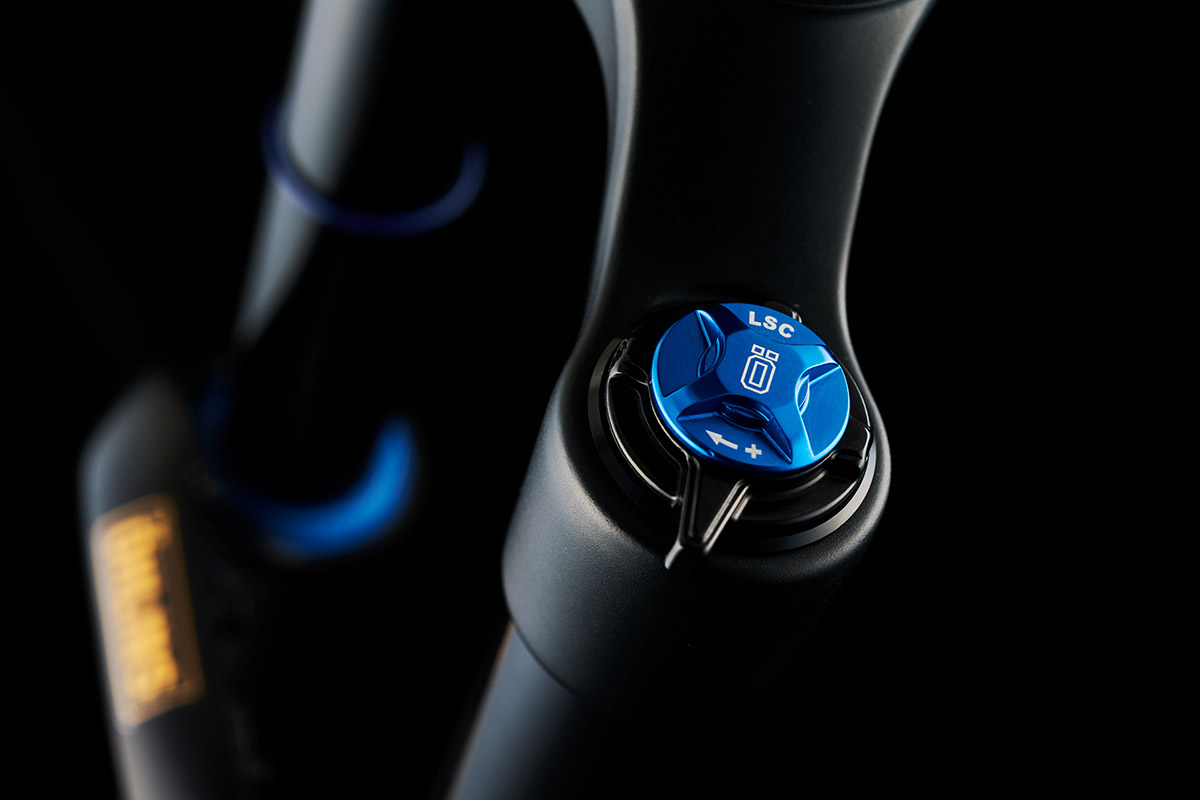 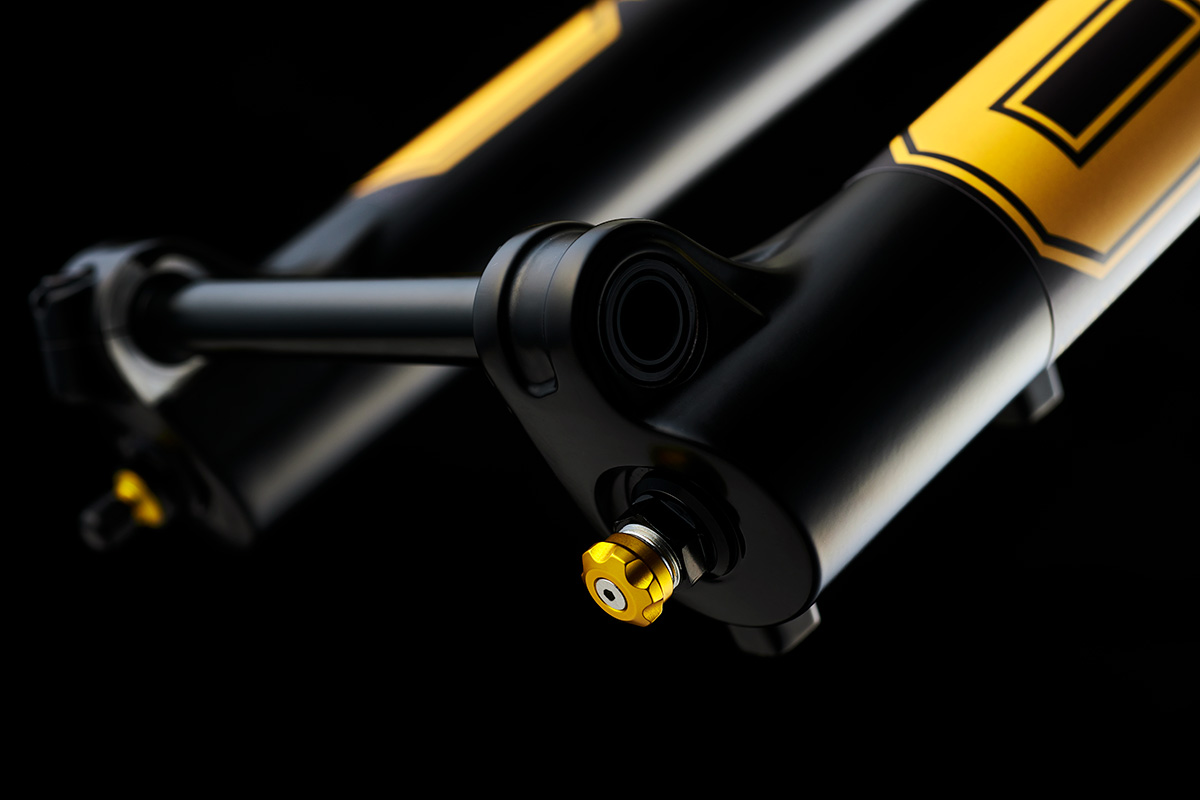 The TTX18 damper offers further tuning of the fork’s behaviour as it moves through its travel with 15 clicks of low speed compression and rebound adjustment, three modes of high speed compression, with an additional climb setting for a much firmer ride feel. 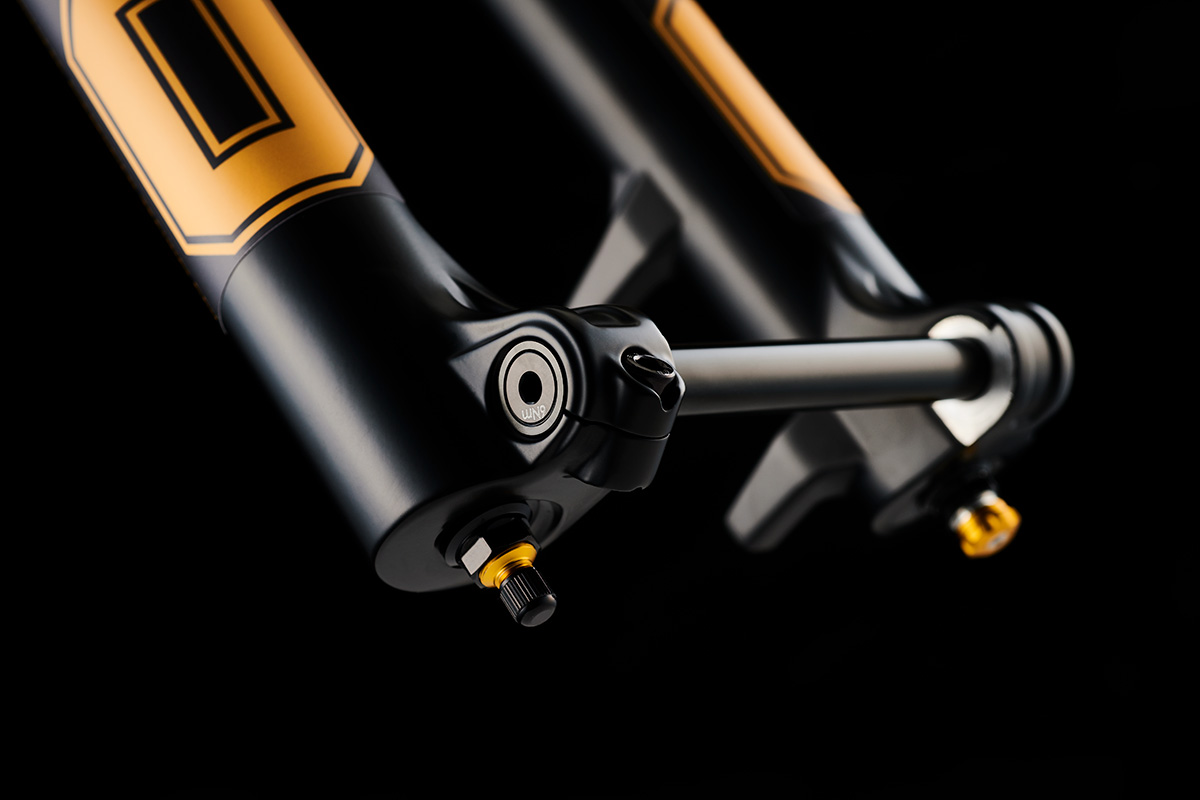 The floating axle and valve for the secondary positive air chamber of the Ohlins RXF38 m.2

The Ohlins RXF38 is optimised for a 200mm brake rotor, though it can take a 220mm diameter rotor too. Tire clearance is specified at 29 x 2.6. The 29″ fork is available in 46mm and 51mm offset models, with a Boost (110mm) spaced floating axle that minimizes friction when hub spacings are a little out.