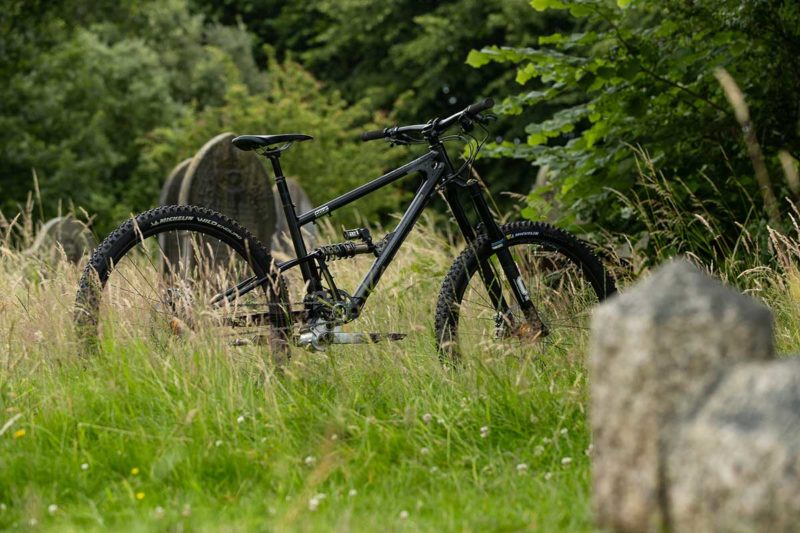 An all-new high single-pivot gearbox mountain bike has fledged the nest of British steel bicycle frame manufacturer, Starling. The Starling Spur runs a 170mm travel rear end on a 29″ platform, and is said to be their best descender ever, ready for double-black runs and alpine seasons. 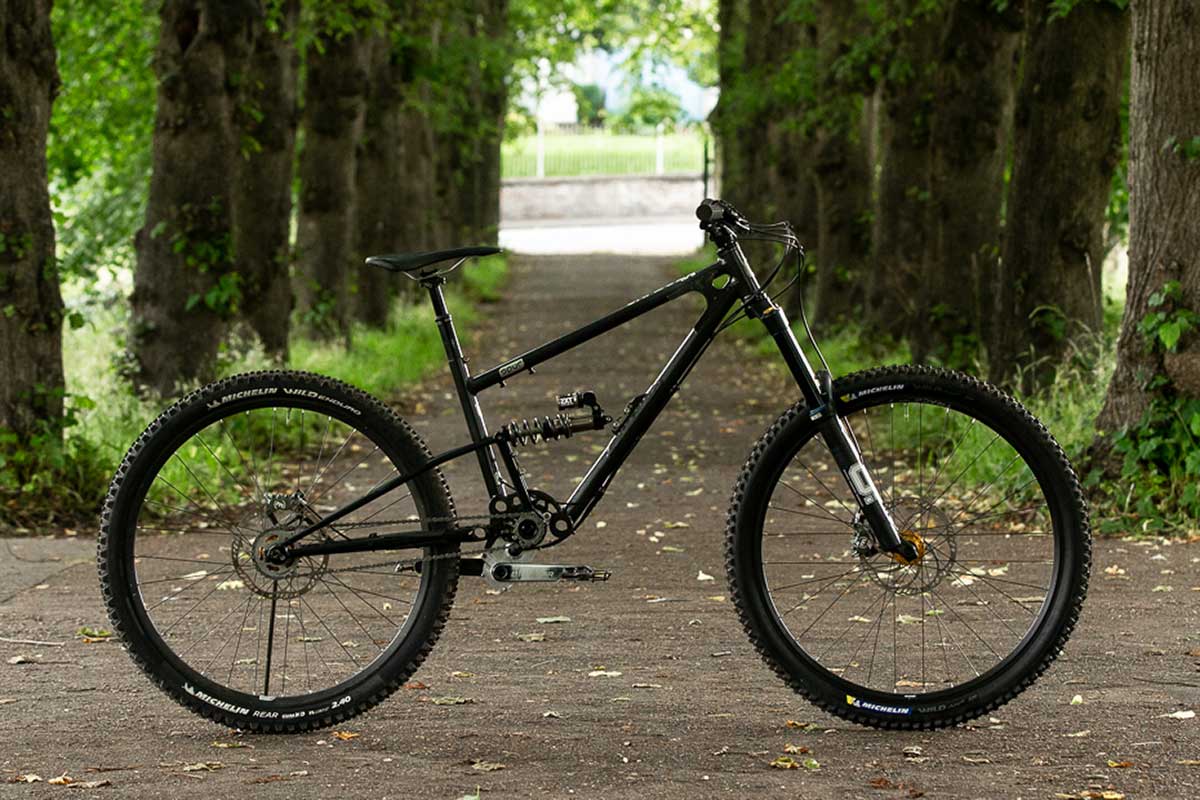 Upon first glance, this looks like a single-speed full suspension mountain bike. But, on closer inspection, you’ll notice the absence of a traditional chainring, replaced by a 9-speed EffiGEAR tucked away in a beautifully CNC machined bottom bracket area. Here’s everything you need to know. 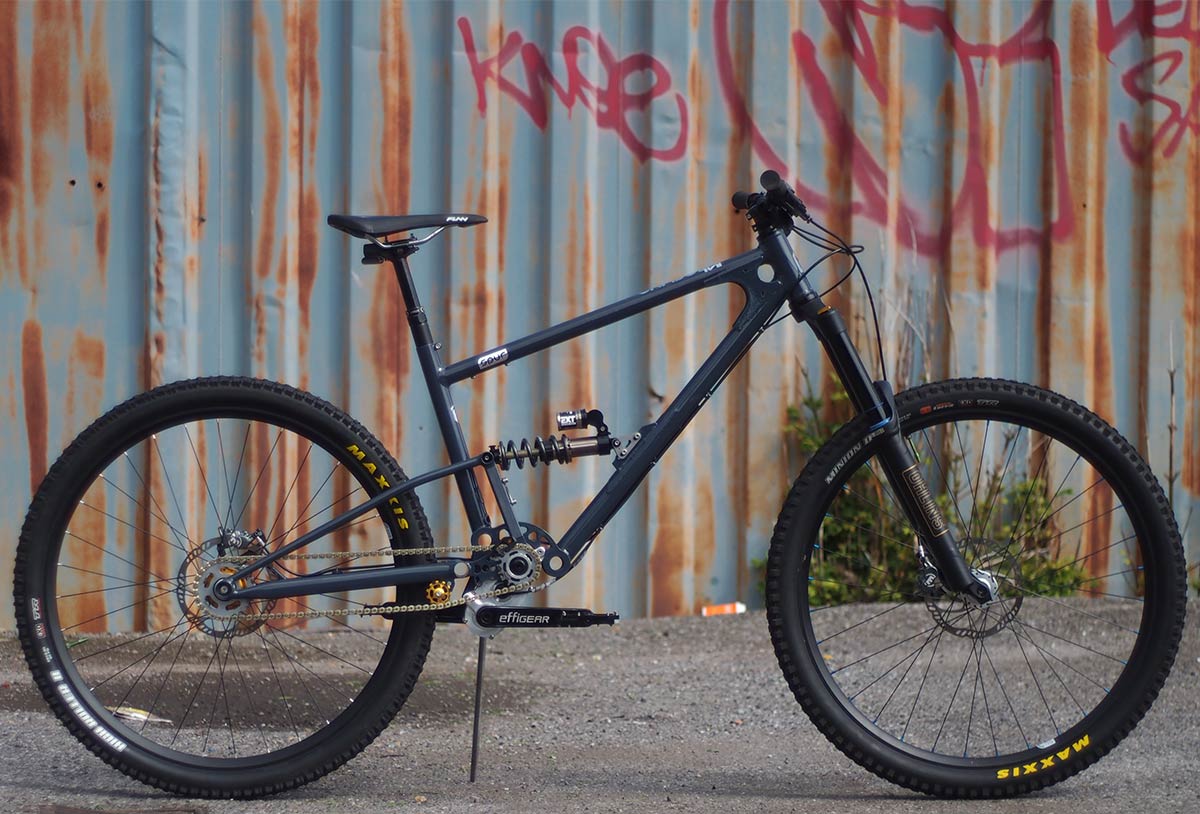 OK, I wasn’t entirely truthful. The Starling Spur has actually been kicking around for quite some time now… several years before we took a trip down to Bristol to learn more about how founder, Joe McEwan, builds his full suspension frames. During the workshop tour, Joe gave us a glimpse of the prototype Spur sat in a jig.

The Starling Spur has thus been in development and testing for many years. It wasn’t a quick bike to create, and Joe spent a long term working closely with EffiGEAR to create the perfect housing for the gearbox around the traditional bottom bracket area. The Spur is now ready for production, joining the Murmur Stainless and Beady Little Eye in Starling “rare” line-up. 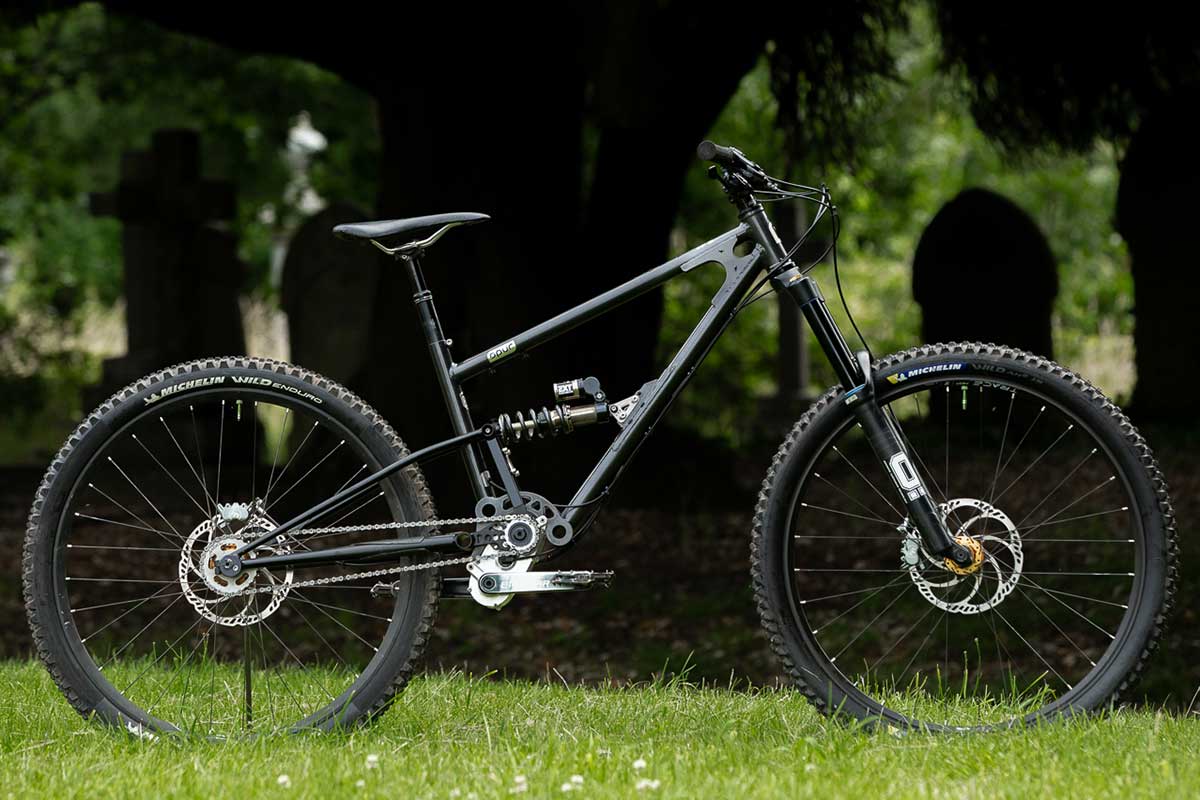 The Spur’s front triangle and swingarm are hand built from Reynolds 853 heat-treated steel tubing at the Starling HQ in Bristol. Joe took everything he learnt from the creating of the Staer and Sturn high-pivot bikes, developing the high single-pivot platform you see on the Spur. 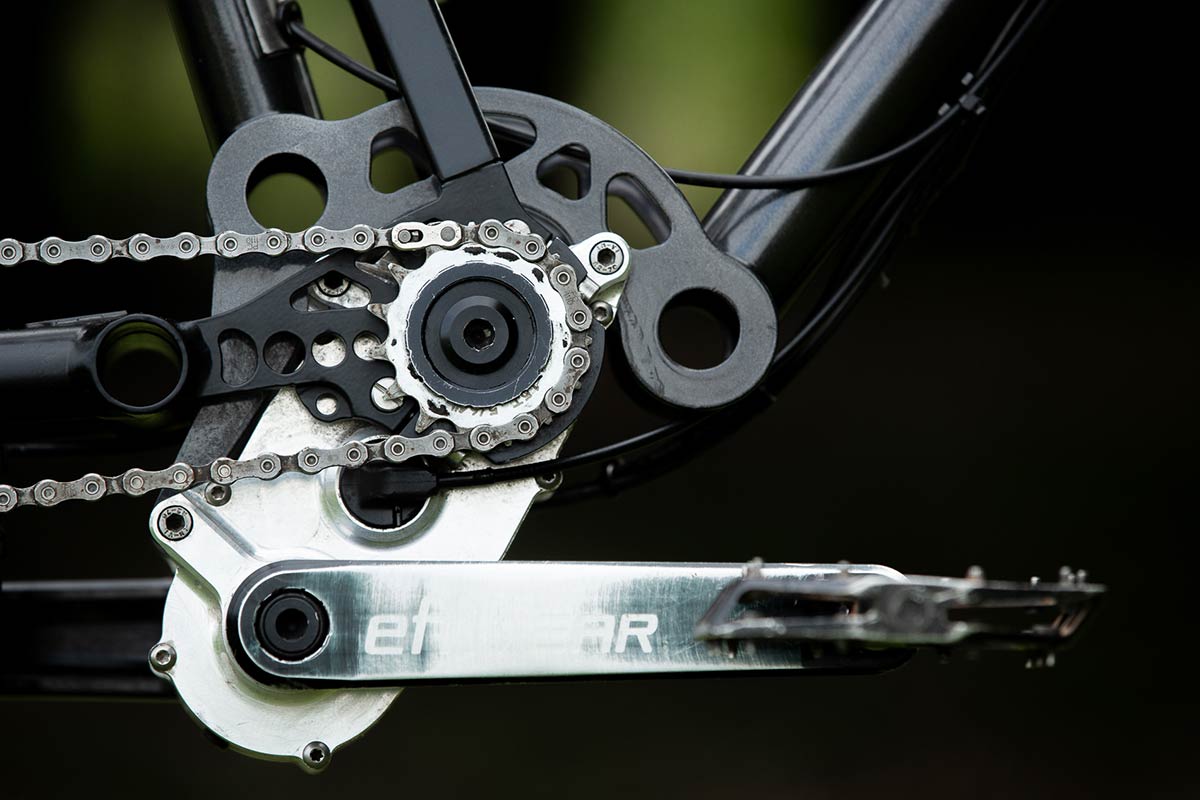 The pivot isn’t as high as what we’ve seen from brands such as Deviate and Forbidden recently, but it is placed higher (and further forward) than the main pivot of the Swoop and Murmur trail bikes. Joe tells us the pivot is actually positioned at 85mm above the BB, whereas this is just 60mm on the aforementioned traditional single-pivot platforms. 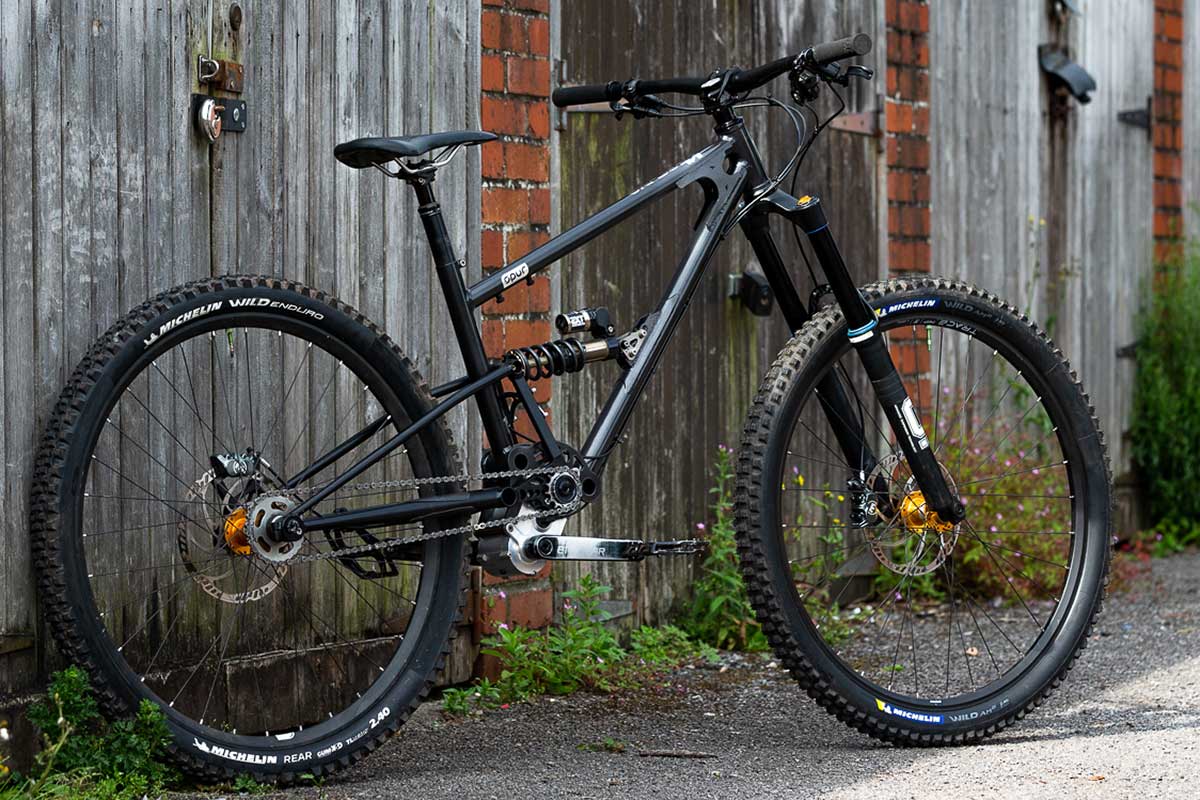 While the original Spur featured a chain tensioner underneath the driveside chainstay, the production model doesn’t require one as it has eccentric dropouts that allow the chain to be tensioned. This also means the rear wheel can be removed without adjusting tension.

So, how does that affect the axle path? While we don’t have a graph to share with you we can tell you that, unlike other high-pivot bikes, the axle path is not 100% rearward. It actually travels rearward for the first half of the travel, then the arc continue forwards (it is a single-pivot after all). The result is zero net gain or loss in effective rear centre length between bottom-out and the unloaded state.

When we asked Joe more about the axle path he commented, “A rearward axle path does not go over bumps any better. Intuitively, it kinda makes sense, but not when you look at the whole system and what the real behaviour is, it doesn’t have much of an impact. If your bike is moving forward at 20 mph, a rear axle path will only have a tiny impact on that speed (i.e. it doesn’t move up and out of the way like marketing would like you to think), so forces seen by the  wheel are very similar”. 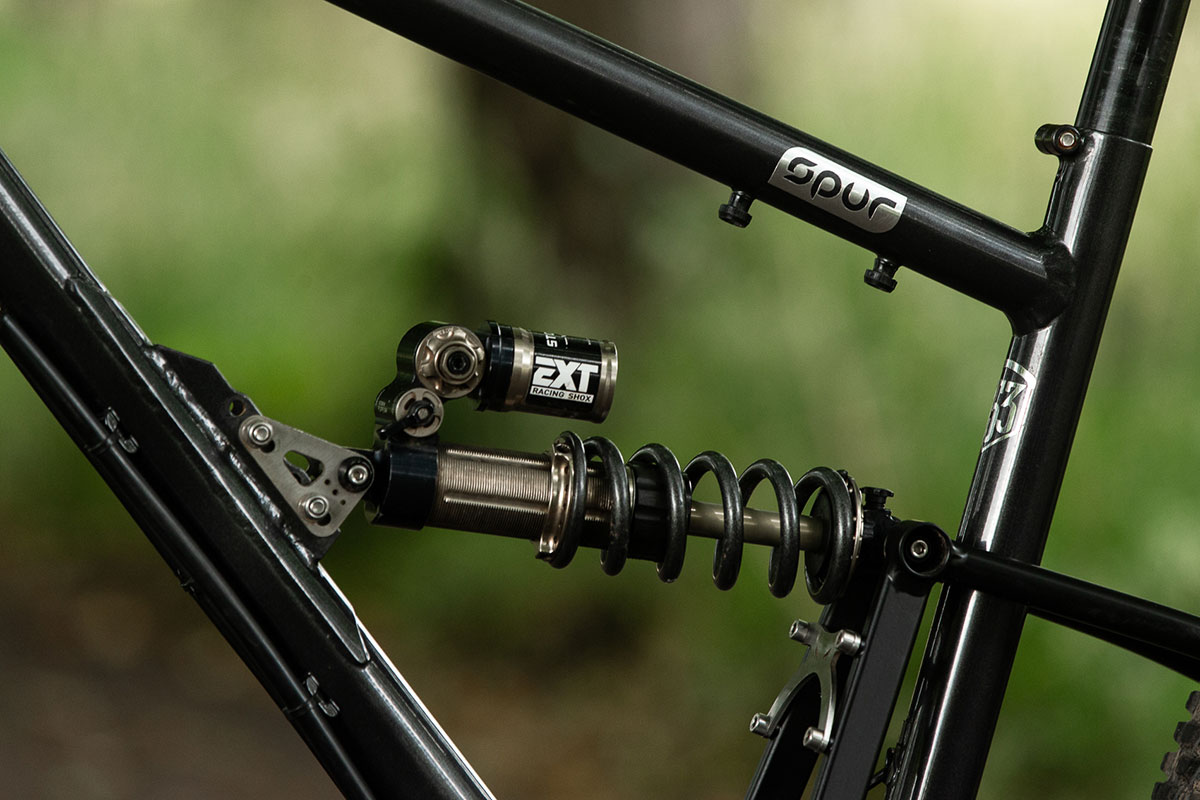 Joe tells us that the Spur’s suspension platform doesn’t suffer from chain growth, thus pedal kickback and other issues that usually arise from the drivetrain’s influence on the suspension are entirely absent. 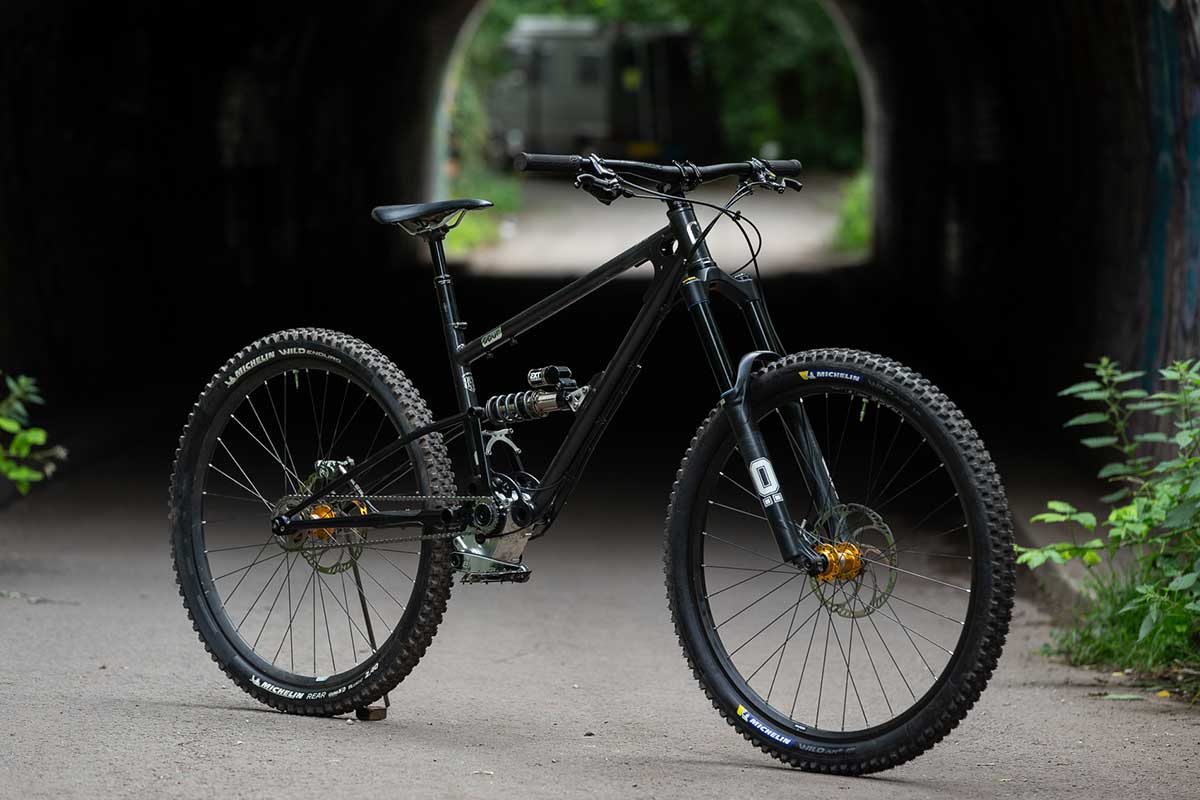 The cable routing on the production bikes will be on the top of the downtube, not the underside

In addition to this, riders of the Spur won’t have to worry about smashing their mech off rocks; the EffiGEAR gearbox houses a 440% gear ratio, tucked safely away at the traditional BB area. The secondary benefit of this setup is a lighter rear wheel. The resulting reduction in unsprung mass (weight that is not loading the suspension) is what makes the Spur the best descending bike they’ve ever made.

The Spur is available in medium, large and XL frame sizes, accommodating rider heights of 5’6″ to 6’4″ (sob). Reach stretches from 440mm to a generous 505mm. The chainstay length is 450mm, consistent across the frame sizes, leaving clearance for a 2.6″ tire. The head angle sits at 64° while the seat tube angle is a healthy 77°. 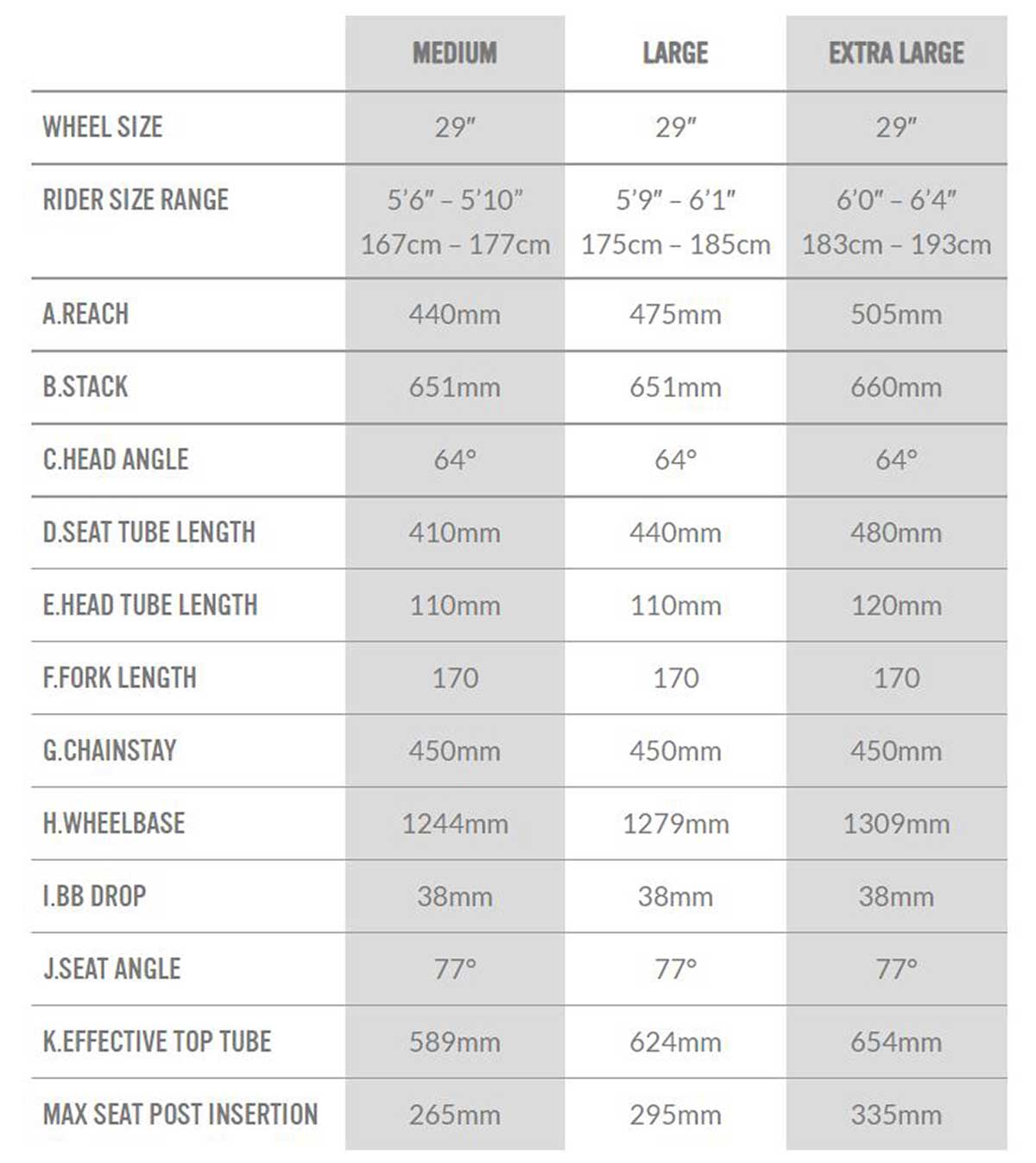 Pricing for the Starling Spur starts at £3,300, with shocks available from £195. As always, complete bikes are offered with a selection of componentry from Funn, Hope, Öhlins, RockShox and Middleburn. It is available to pre-order now with a 16 week lead time.