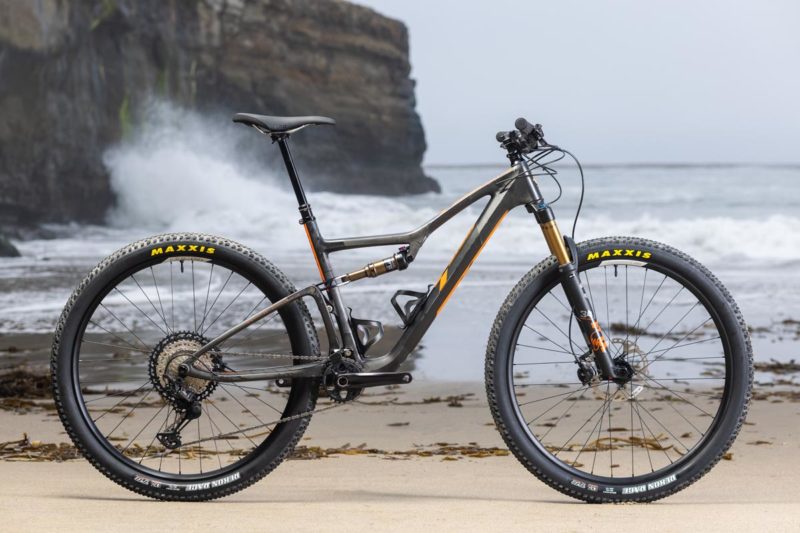 It’s finally here. After starting with a limited run of small Ripleys, Ibis has scaled up Carbon 831 to introduce its first new carbon model that is completely U.S.-made. We got a sneak peek at the new Ibis Exie a month ago, but now the completed bikes are rolling out of their Californian carbon facility and off to new owners. 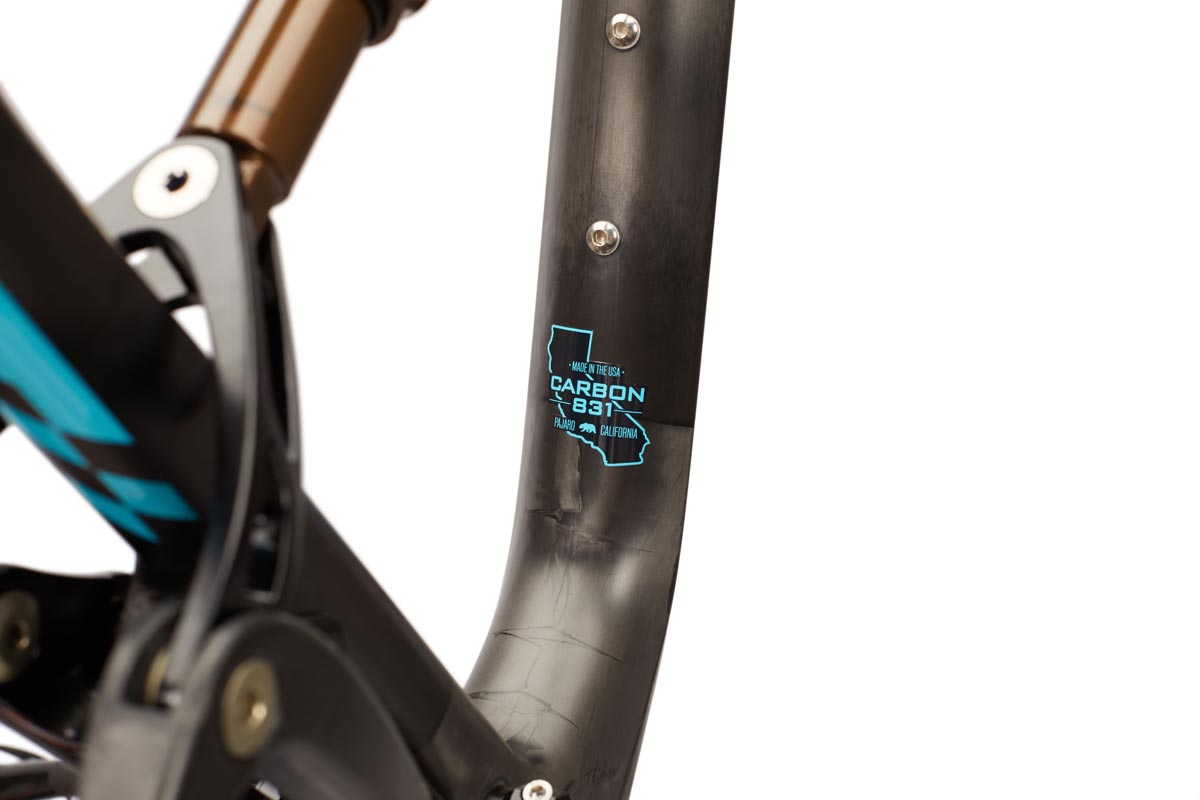 As a refresher, when Ibis started their Carbon 831 project, it was intended only as an in-house prototyping and development facility. But after developing their first bike and realizing that they could make it in-house, and a good deal lighter, they decided to expand the project to include production manufacturing. With a new building near their Santa Cruz, CA headquarters, Ibis has focused on completely powering the facility with their own solar array, while building frames with less material that are still lighter, stiffer, and faster to produce.

What does the Ibis Exie weigh? 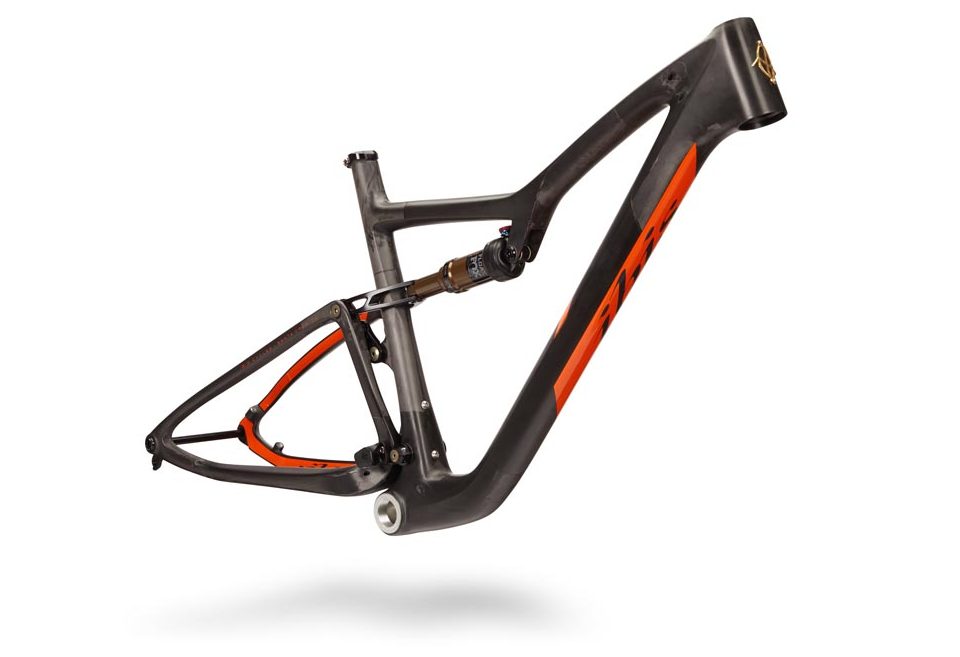 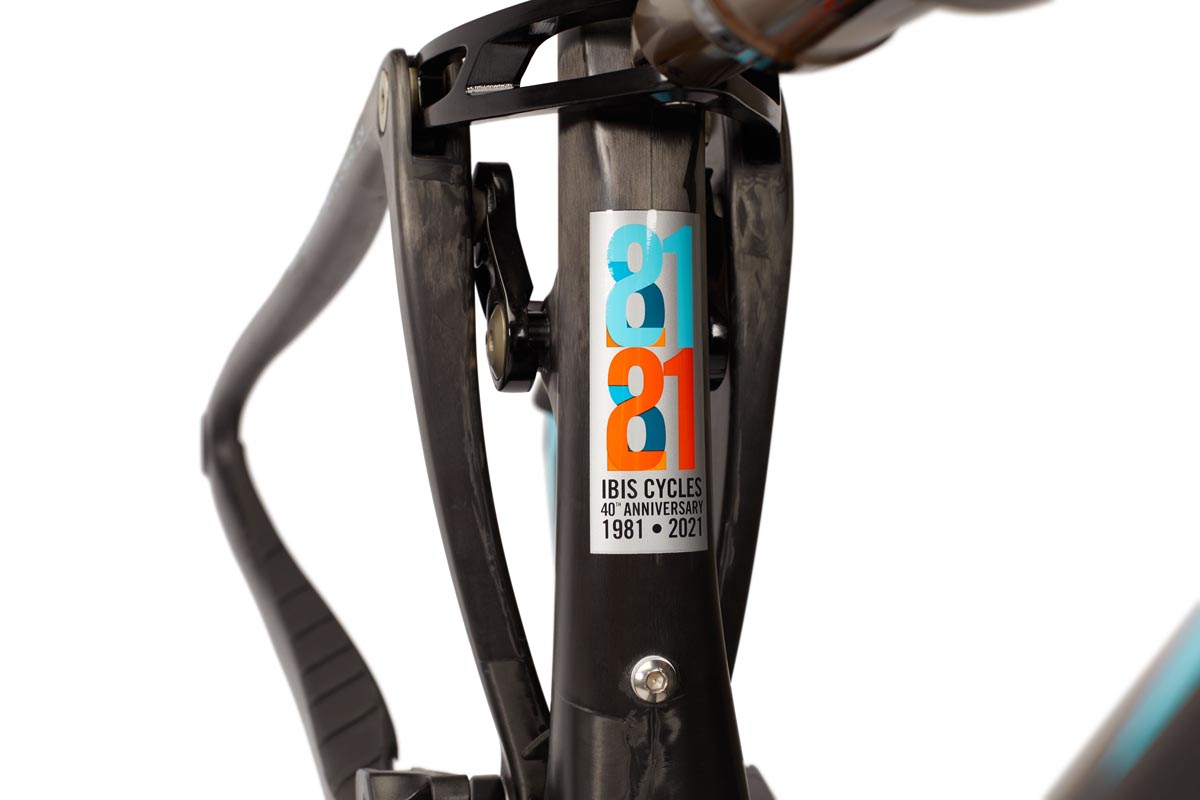 The end result is a full carbon frame that weighs in at a claimed 4.4lbs (sub 2,000g.), making it the lightest bike they’ve ever produced. Supposedly, that makes 22.6lb bike builds a reality (size L, with sealant) which is the claimed weight for their Anniversary build which will be unveiled later this week. 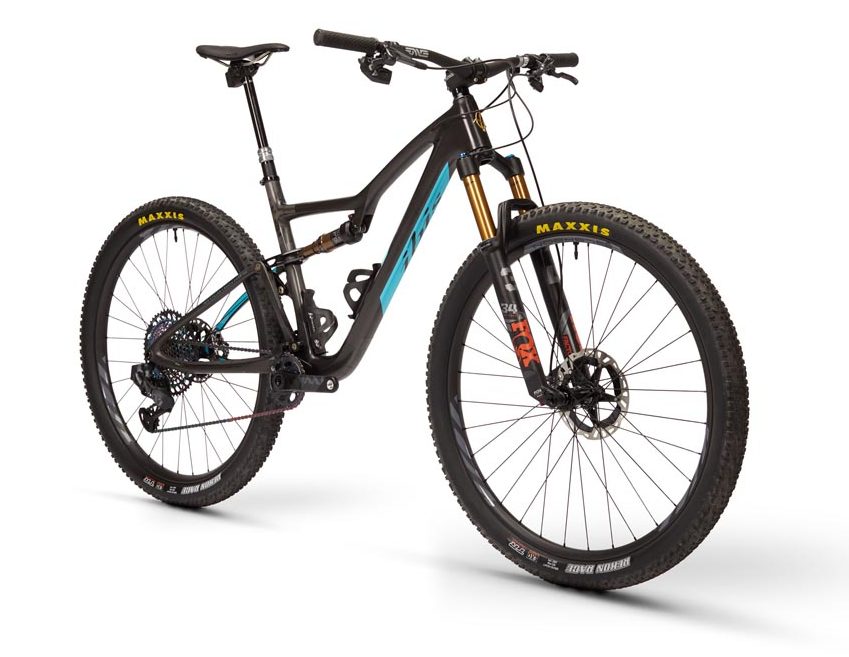 Called the Exie (sounds like XC, get it?), this bike is essentially a modern cross country bike. Built with 100mm of travel from a dw-link suspension design, the bike is best paired with a 120mm travel fork. 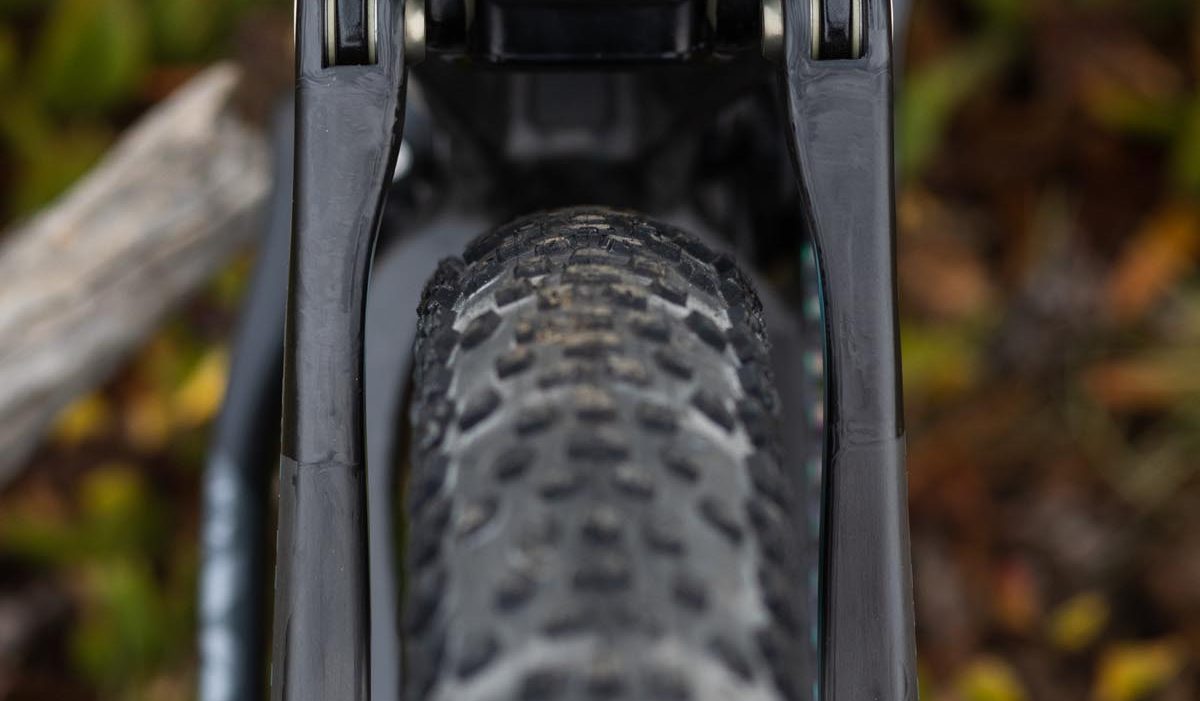 Rolling on 29″ wheels, tire clearance is listed at 2.4″ which should be adequate for the intended use. 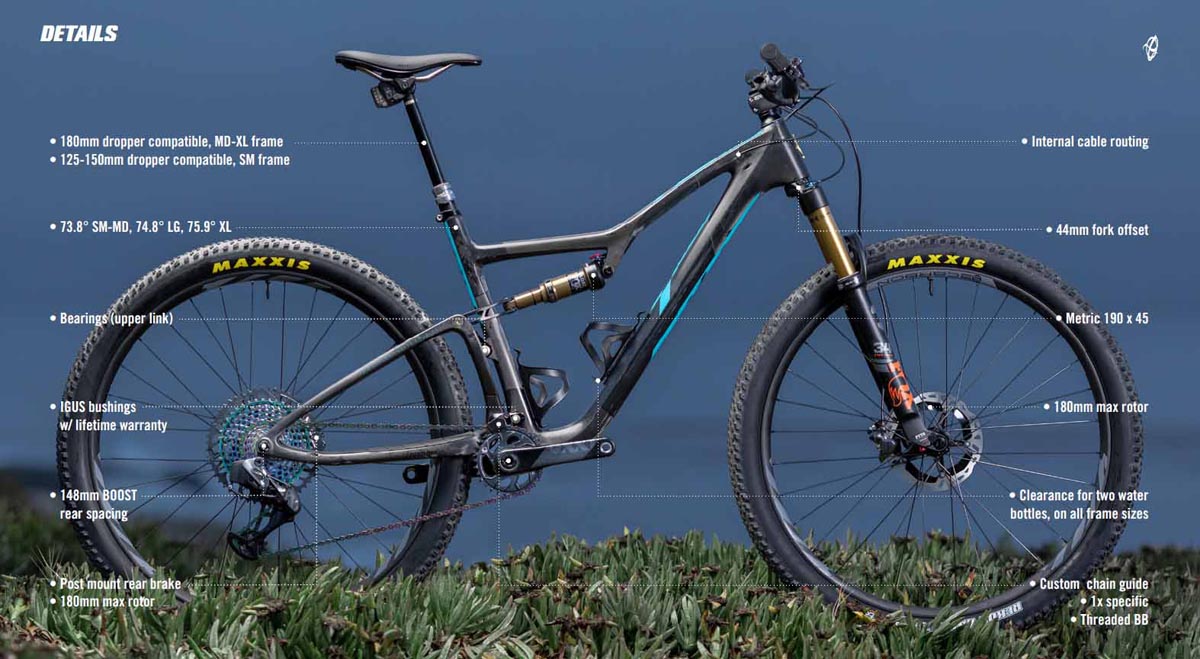 Ibis always sweats the details of their bikes, and the Exie is no different. Starting with a frame design that allows room for two water bottles on all frame sizes, the remaining specs should leave most riders very happy with details like a threaded bottom bracket and room for long travel dropper posts. 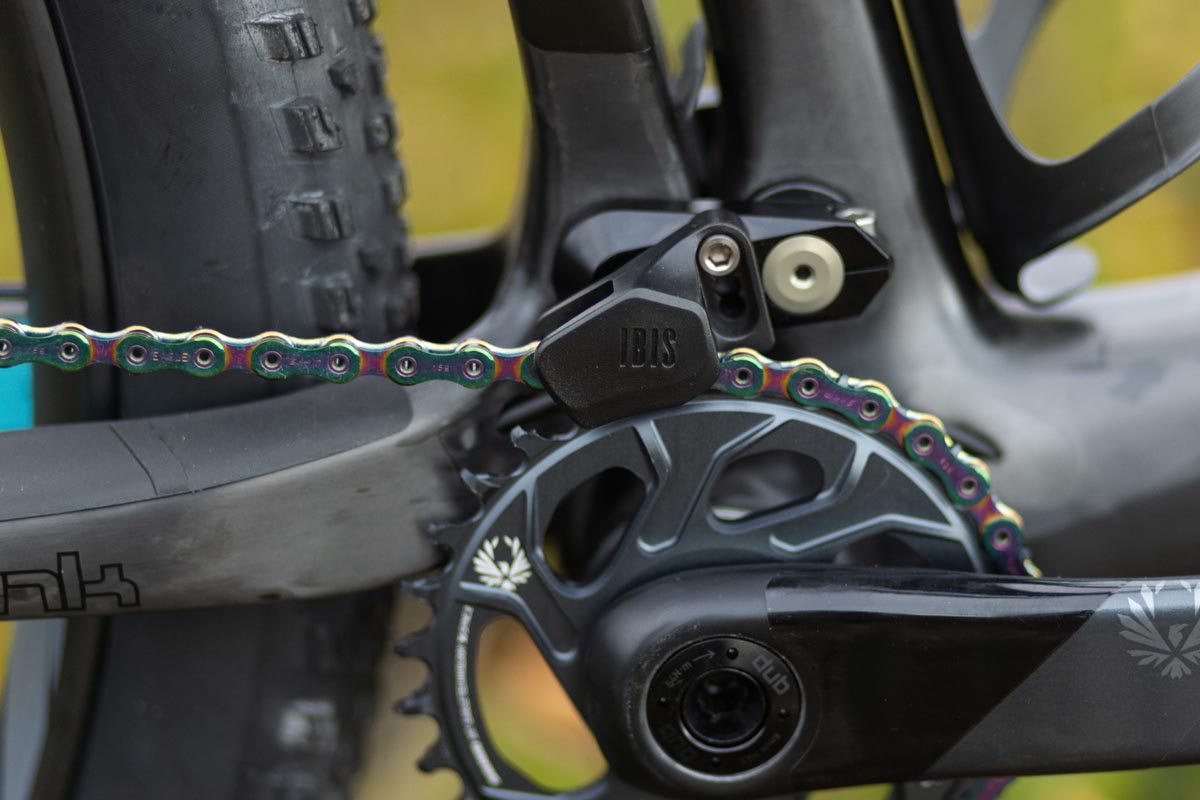 The 1x specific design includes an integrated upper chain guide to prevent any dropped chains from ruining your day or your race. 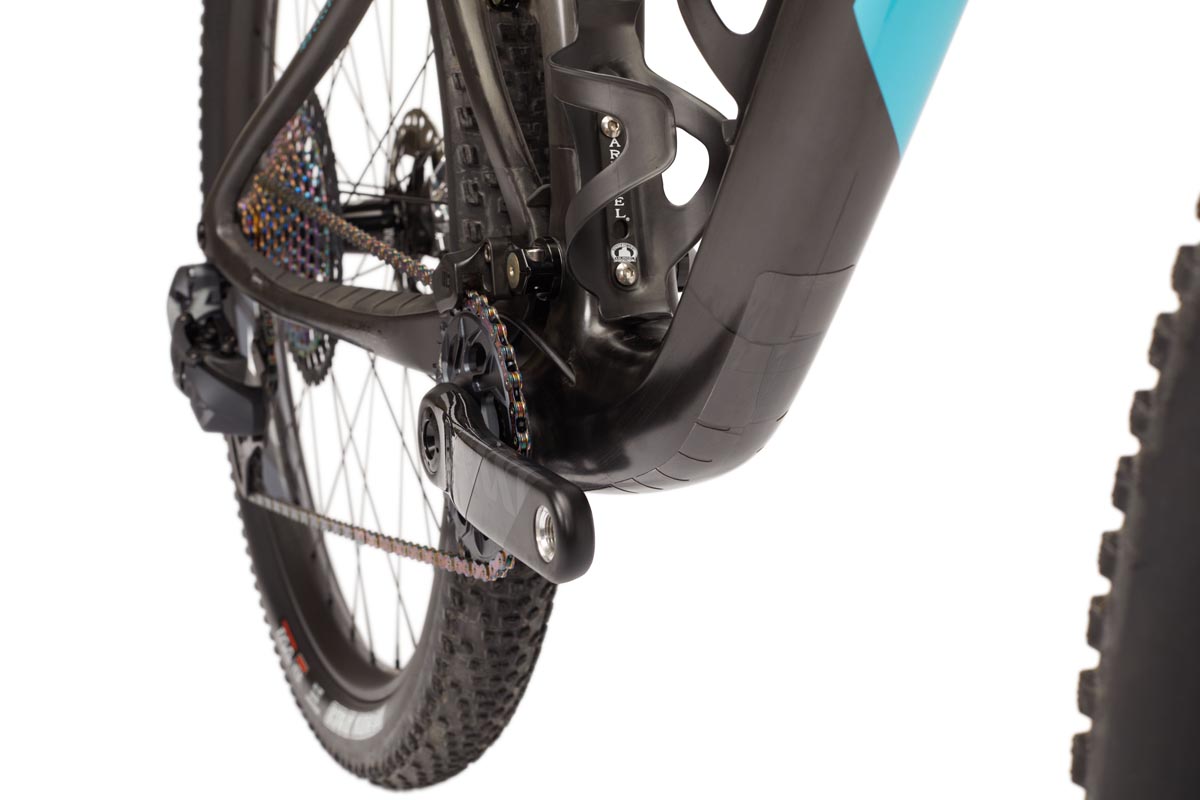 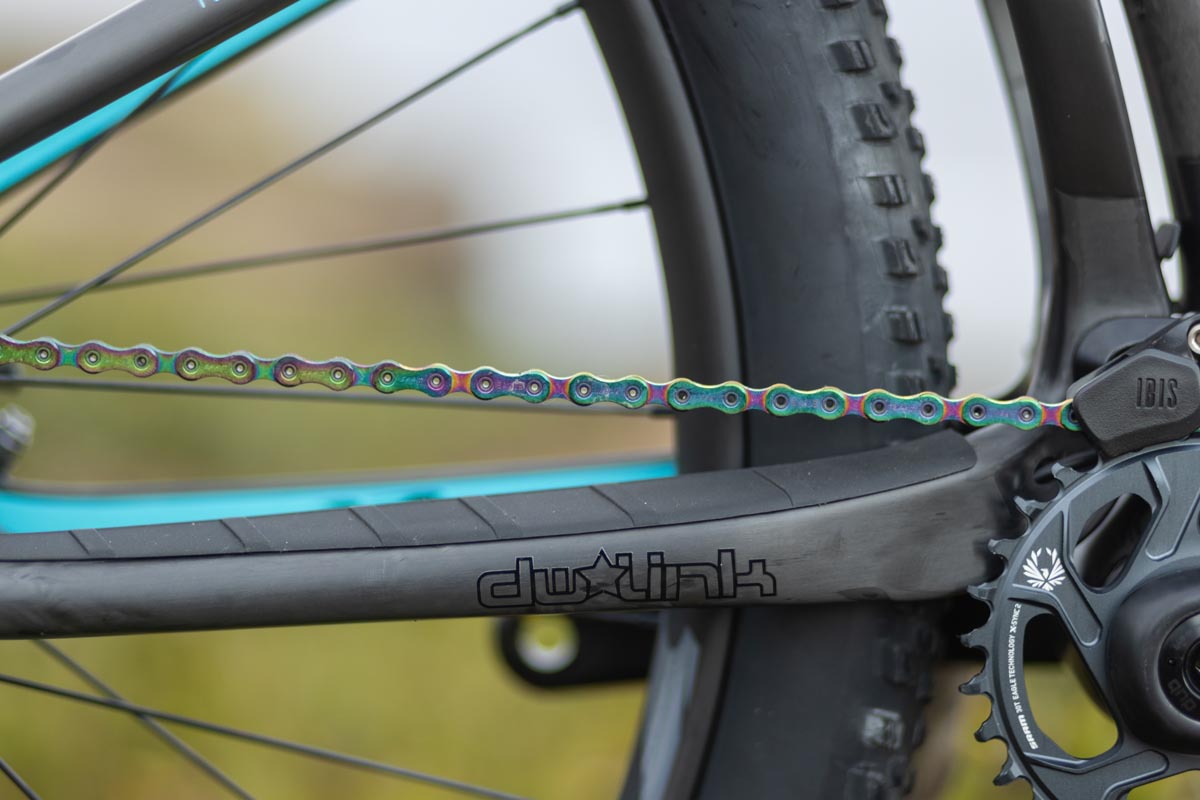 Even with an eye towards light weight, the frame includes molded downtube, lower link, and chainstay protectors. 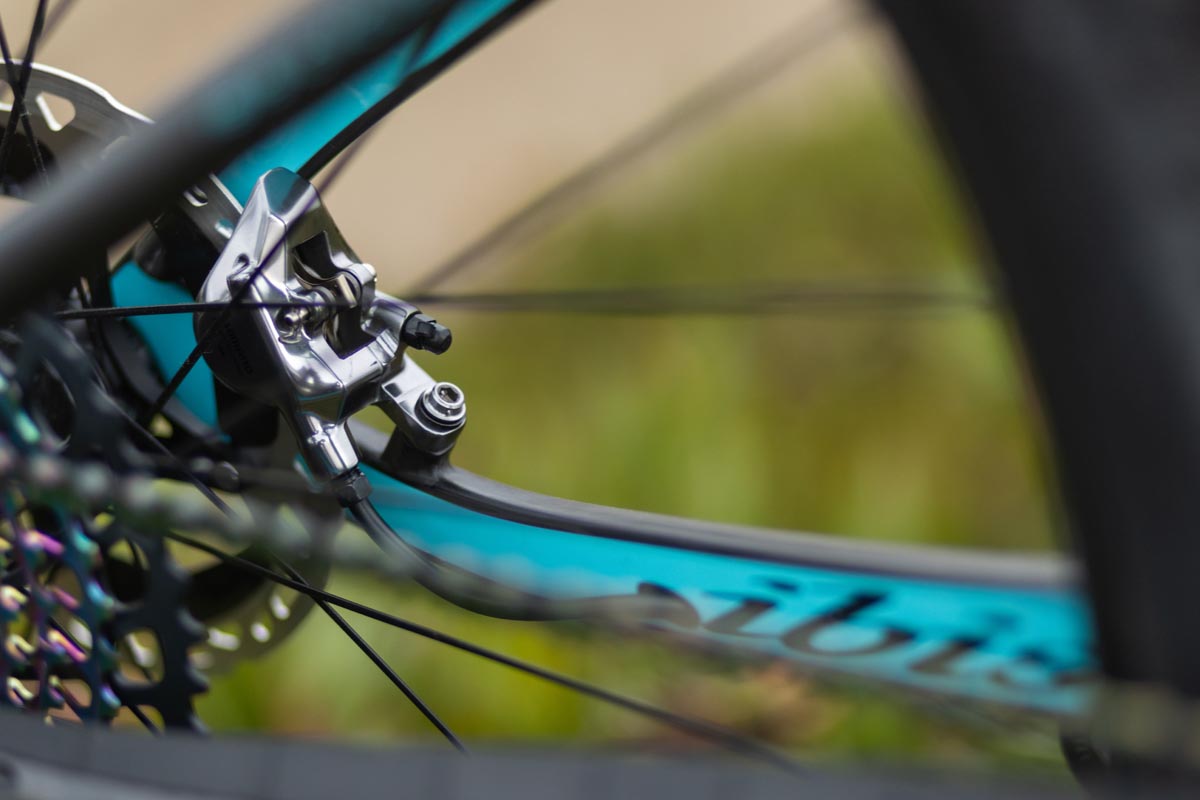 Not that you’d really need more brakes on a bike like this, but Ibis notes that the rear brake mount only offers room for 2 piston brake calipers, and only up to 180mm rotors. 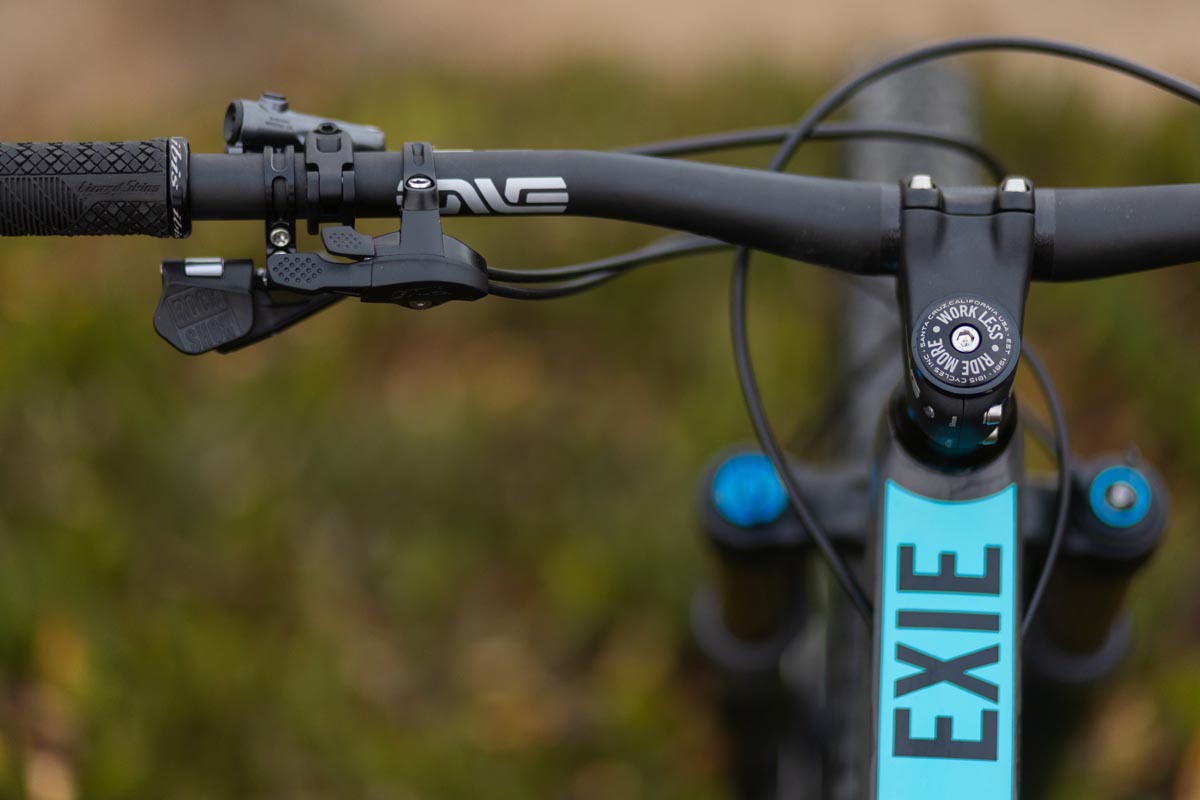 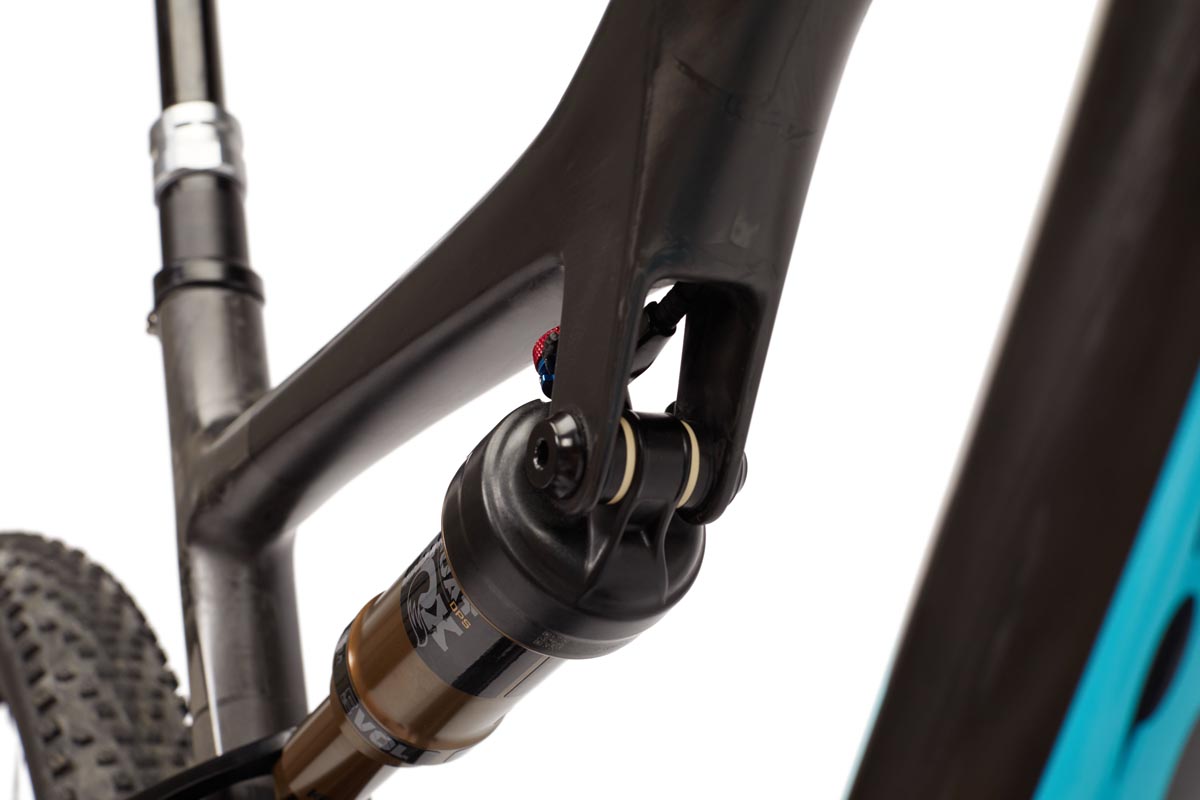 If you want it, there is an option for a Fox Performance DPS rear shock with a remote lockout.

When it comes to geometry, Ibis mentions that they did things a bit differently on the Exie. Instead of following industry trends towards super steep seat tube angle, they use between 73.8-75.9° depending on the size to provide equal weight balance from size to size. They also designed the top tube around shorter stems, claiming to lengthen TT measurements by about 20mm. The frame design will allow most riders on a medium frame to run a 170mm dropper post or larger, and riders under 5’5″ can still use a 125mm dropper or larger. 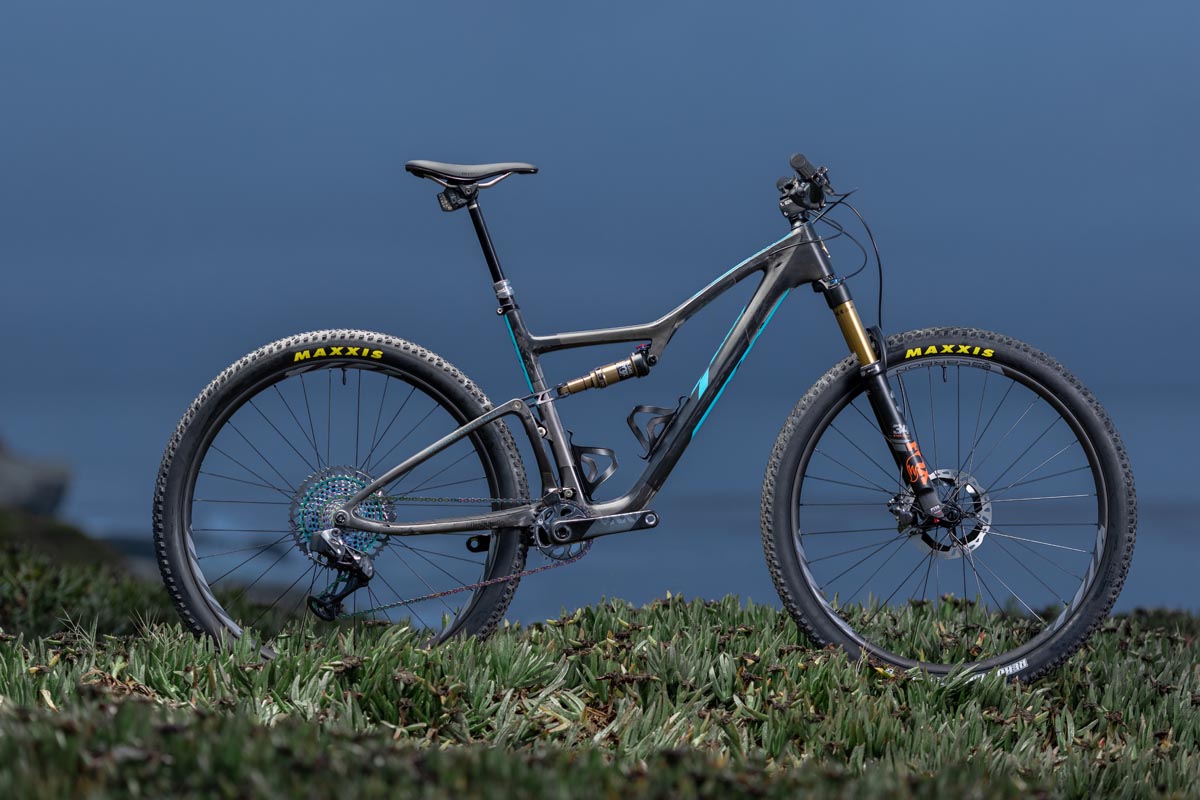 Starting today, you can buy an Ibis Exie with a base price of $7,999 for a Shimano XT build kit. There will also be a SRAM X01 build kit for $9,199, and an XX1 AXS Eagle build at $12,799. As mentioned, Ibis plans to offer an Anniversary build which will include details like Cane Creek eeWings cranks, a 60g Italian stem, and a custom 125mm Bike Yoke Divine Dropper Post for $11,799. More details will be released soon, but expect only 40 of these bikes to be made available to the public in honor of their 40th Anniversary. 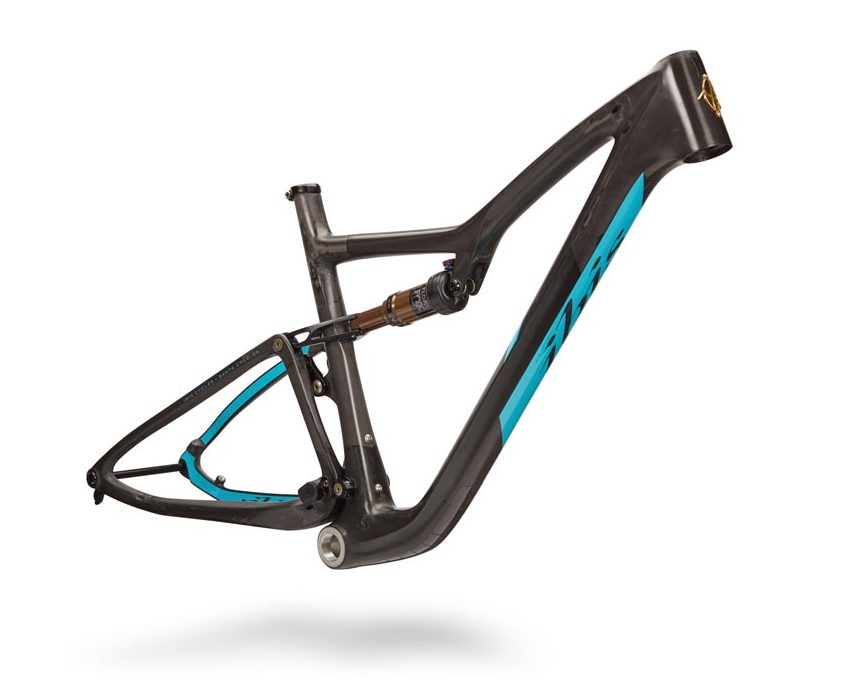 Want a frame-only? Those will be available too — but not until some time in 2022. At that point, they’ll be offered in Bug Zapper Blue or Cheat-O Orange for $4,500 each with a Fox shock. All Ibis Exie frames include a 7 year frame warranty and lifetime replacement on the bushings in the lower link (you’re on your own for the bearings in the upper link).