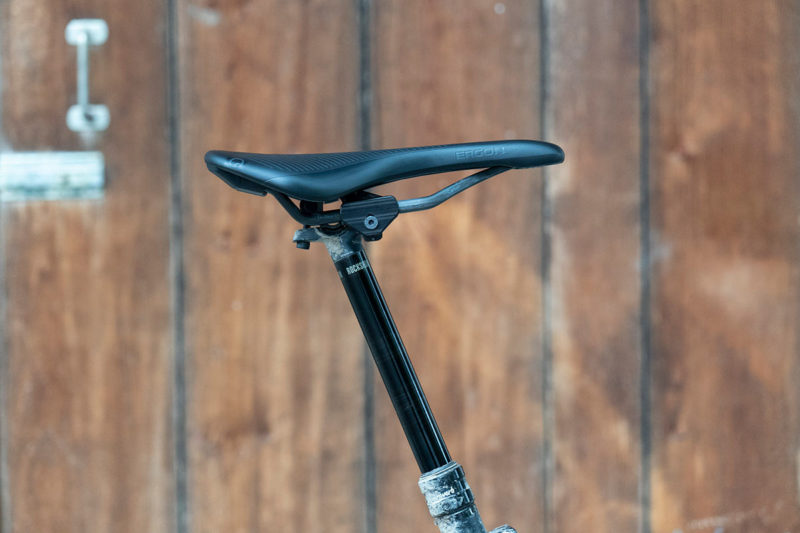 FAIR Bicycle have launched with their debut component, the Drop Best, an offset saddle clamp for RockShox Reverb dropper seat posts. What does it do? It replaces the regular Reverb hardware with an offset saddle clamp that allows you to shift your saddle 27mm forwards, or 27mm backwards, steepening or slackening the effective seat tube angle by ~2°. Here’s everything you need to know about the FAIR Bicycle Drop Best. 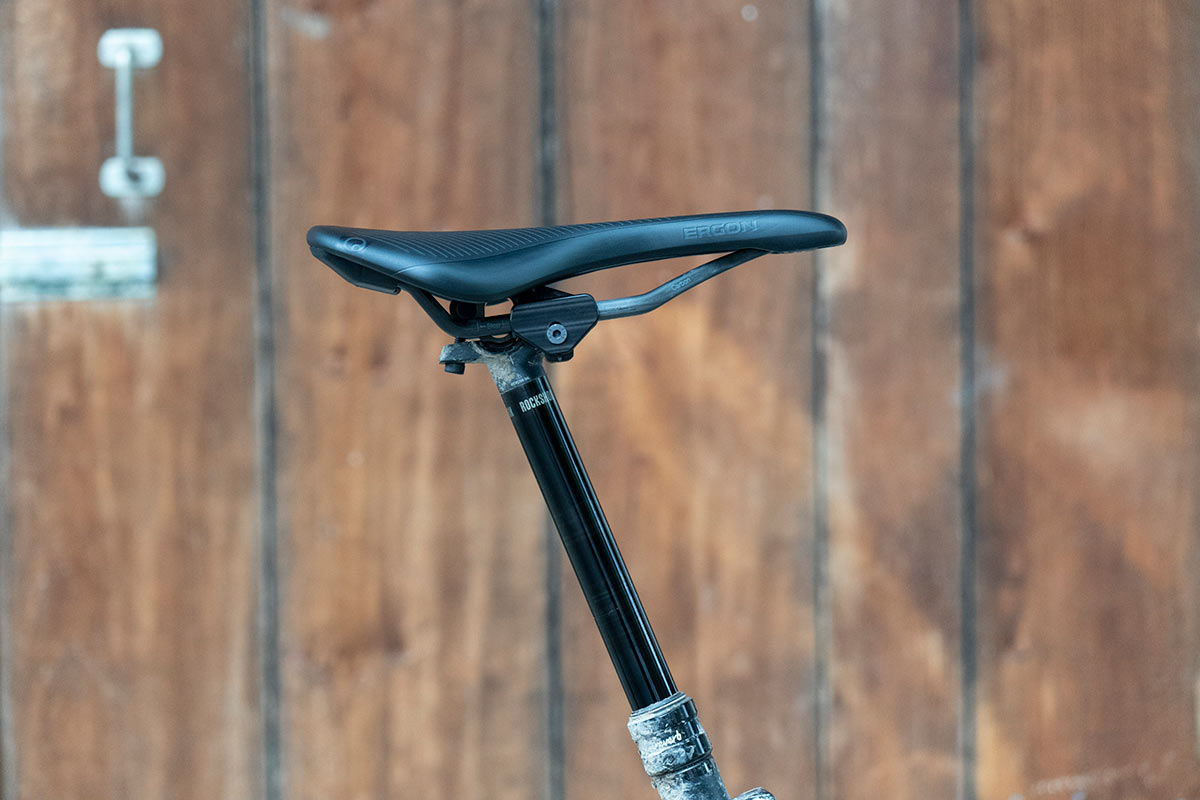 The seat angle is so slack that you feel like you’re hanging off the back, hovering above the rear axle. You struggle to ride up steep technical singletrack because you’re fighting to keep the front wheel on the ground. Your saddle is already as far forward as it can go on the rails. To push it further forward would be to ride it outwith the indicated limits on the rails. Where do you go from here?

Until now, the solution was to simply buy a new bike. One with a steeper seat tube angle that, at seated pedaling height, placed your hips further forward on the bike. A pretty costly solution, right? 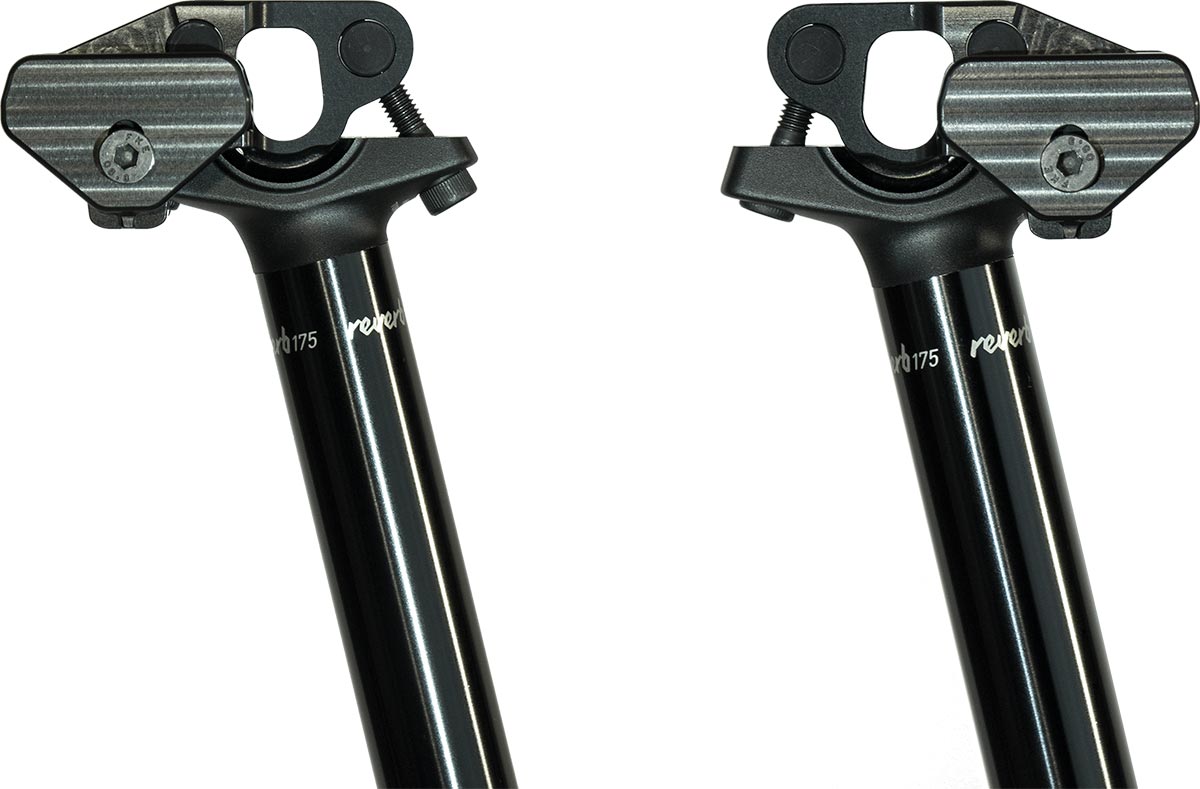 Swiss components manufacturers, FAIR Bicycle, have debuted with a much more budget-and environmentally-friendly solution to the problem. It’s an offset saddle clamp that can shift your saddle forwards or backwards by 27mm, depending on your preference. It only works for RockShox Reverb droppers, though (for now, at least). All models except the electronic AXS one, that is. 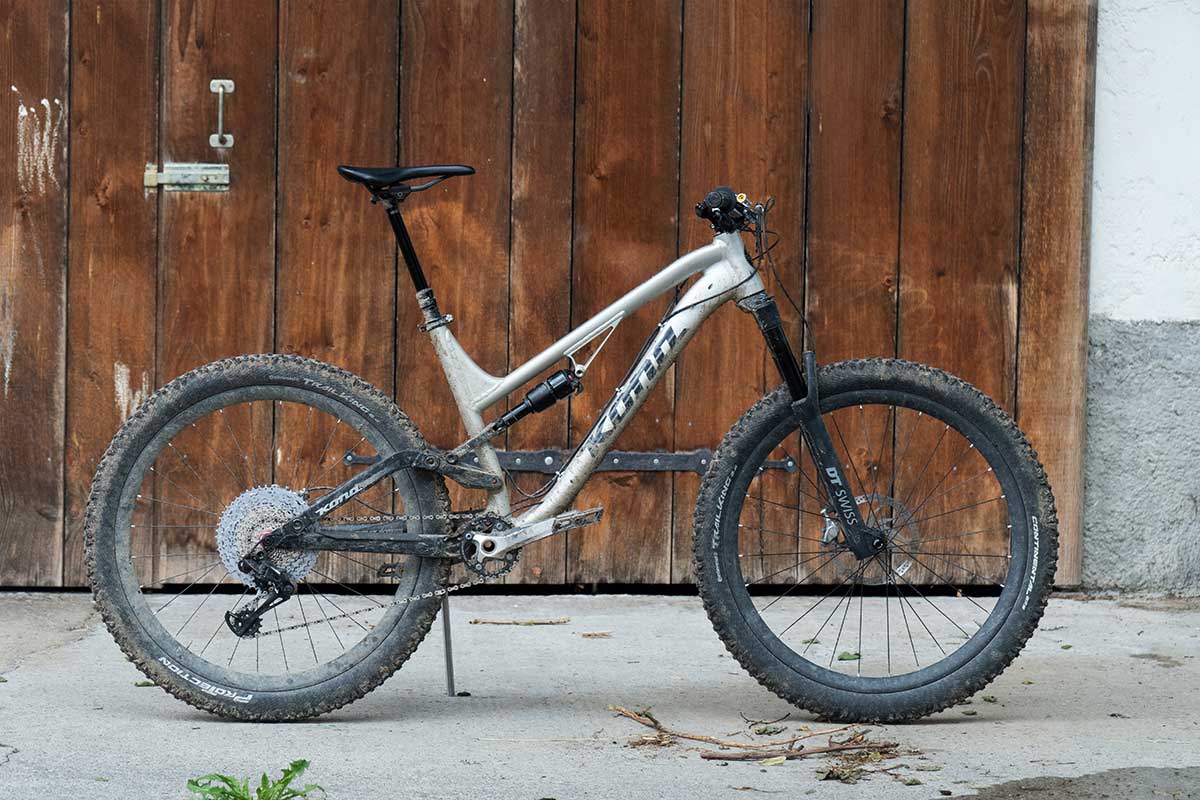 The FAIR Bicycle Drop Best offset saddle clamp simply replaces the Reverb clamp hardware, and still allows riders to tune the saddle tilt as normal. Shifting the saddle forward by 27mm at a saddle height of 680mm on a 76° seat tube angle bike, steepens the effective seat tube angle at that saddle height by 2°. That could be all that is needed to shift your hips forward on the bike, allowing you a more comfortable and efficient pedaling position (and one in which you aren’t constantly on the edge of pulling a wheelie up hill). 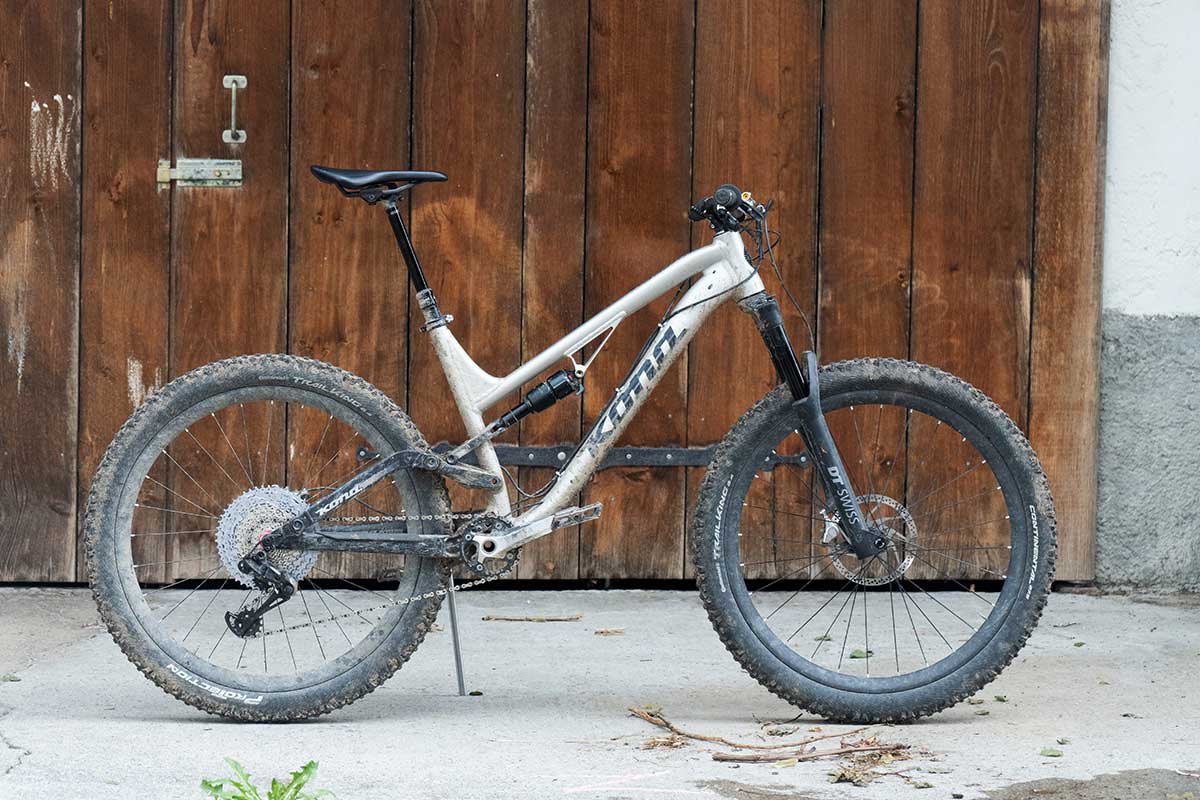 At the other end of the spectrum, you might find that the 80° seat tube angle on your Privateer 161 is just a little bit too new school for you (unlikely, because steep seat tube angles rock). Running the Drop Best in the -27mm position can slacken your effective seat tube angle back by ~2°. Cool, right?

We really like the concept. While light riders will more than likely get away with slamming their saddle forward on the rails of the standard Reverb clamp, beyond the recommended markers, heavier riders approaching the saddle’s maximum weight limit probably won’t. This would certainly invalidate the warranty, either way. 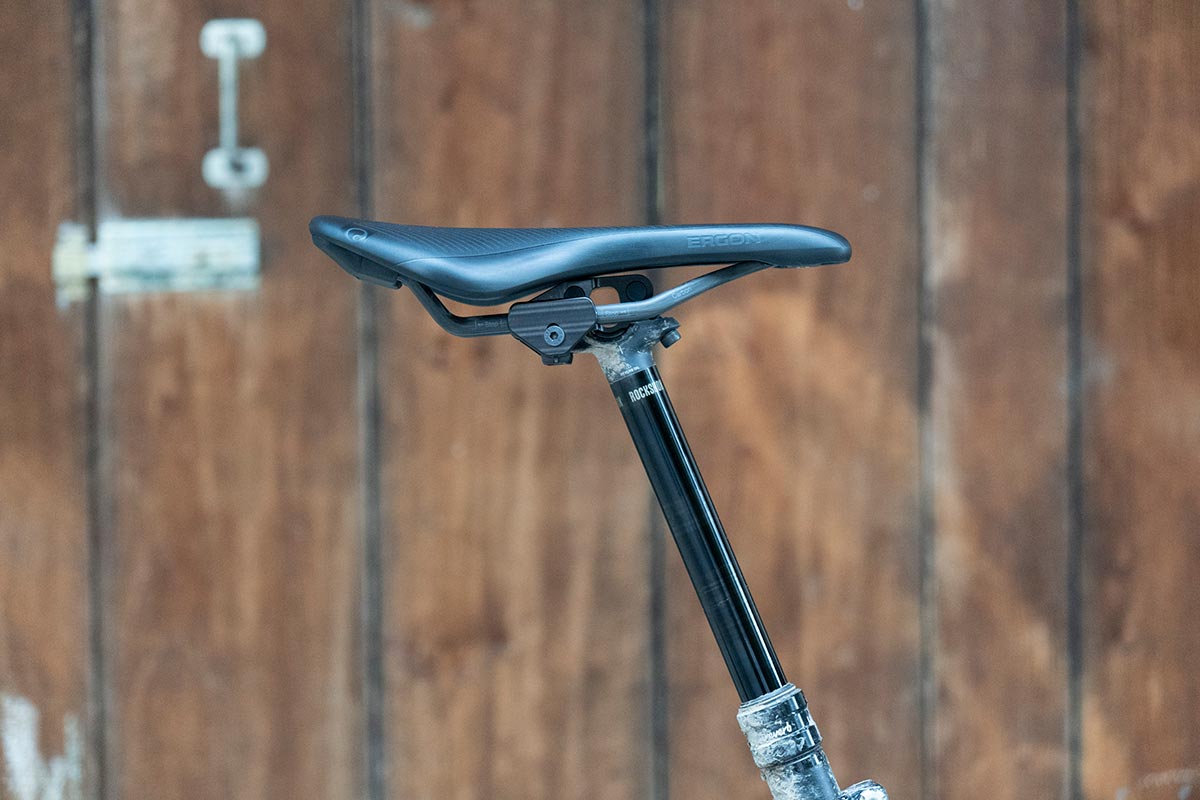 We quizzed FAIR Bicycle on this point, asking if use with the Drop Best would invalidate saddle warranty. “We do not know specifically. What’s most important though, is that our clamp design does not exert any more or other loads on saddle rails compared to similar clamp designs (basically all that feature side clamps, typically Bontrager, Reverb AXS, 9point8 etc.)” – Marco Giarrana, Founder of FAIR Bicycle.

The cool thing about the FAIR Drop Best is that it can be used with 7mm round rails, 7x9mm oval rails and 7x10mm oval rails, all with the same clamping jaws. It is compatible with steel, titanium, aluminium and carbon rails. 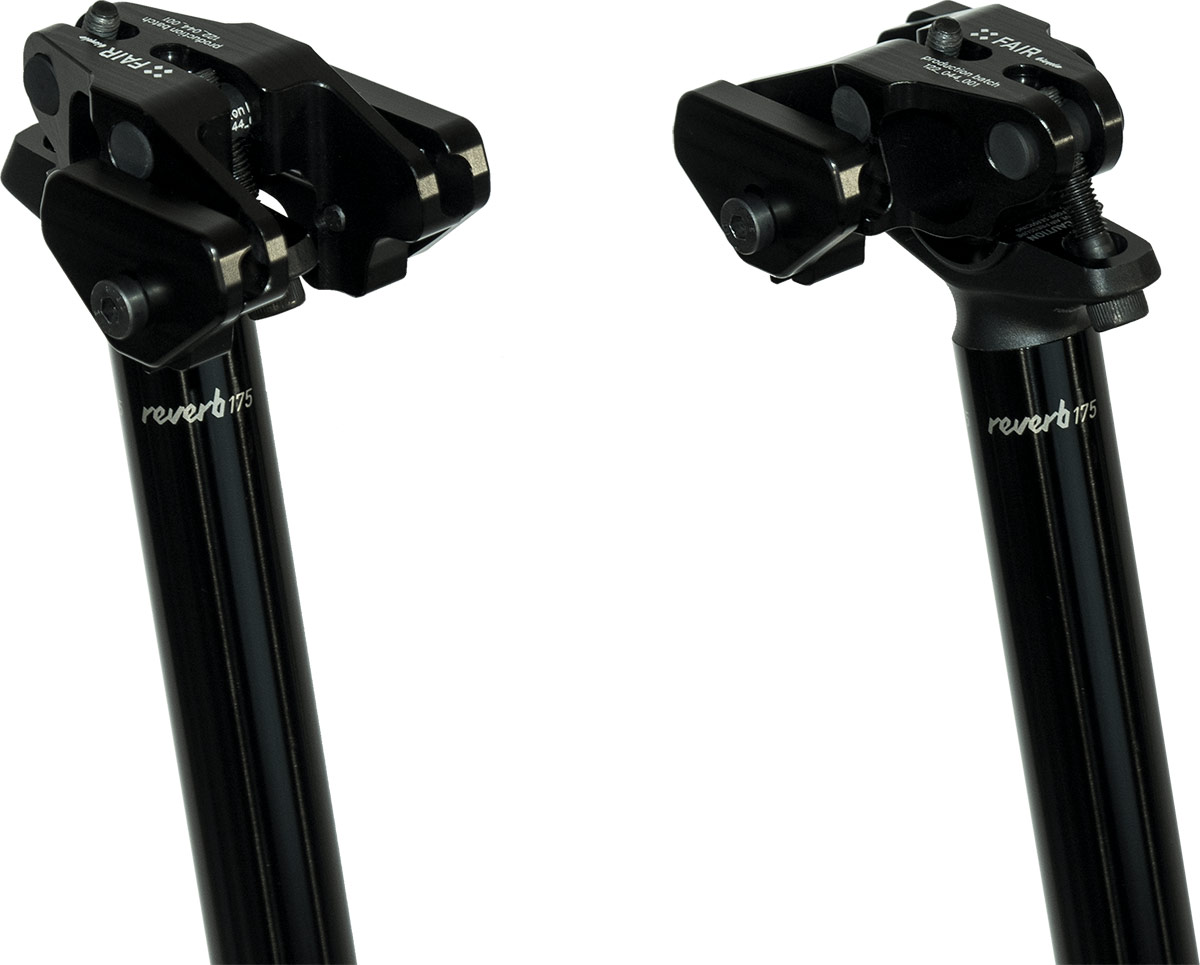 Drop Best is precision machined in Switzerland from high strength 7075 aluminium. While stock Reverb hardware weighs a 74g, the Drop Best clamp weighs a claimed 125g, so there is a 51g weight penalty to deal with. A small price to pay.

For now, only the +/- 27mm offset is available for RockShox Reverb posts. FAIR Bicycle say that if Drop Best is well received, they will look into producing offset saddle clamps for other models of dropper seat post.