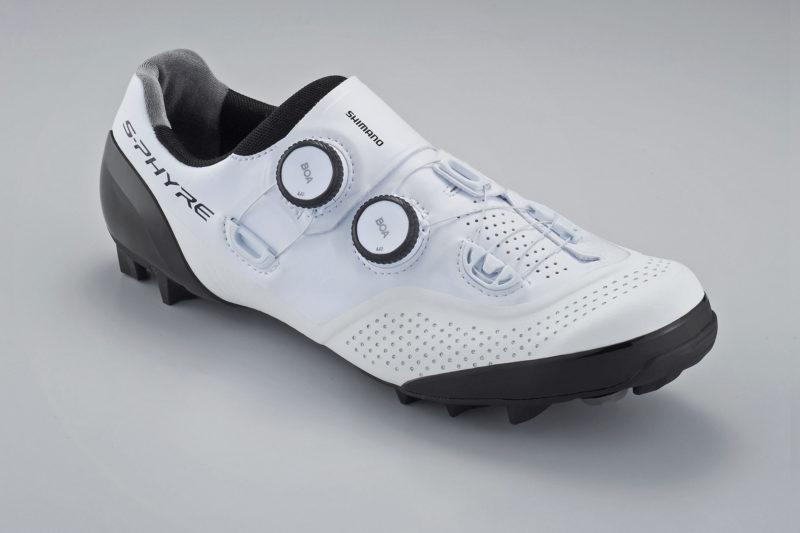 Shimano has just slipped out an SH-XC902 update to their top S-Phyre XC9 mountain bike shoes, calling them the “lightest ever”. Developed with the top cross-country and cyclocross pros like Mathieu van der Poel these new S-Phyre XC9s shed more than 10% of the previous version getting upgraded retention, more spike options, and grippier soles. The years of Michelin rubber is gone from the top-tier, ushering in an age of Ultread! 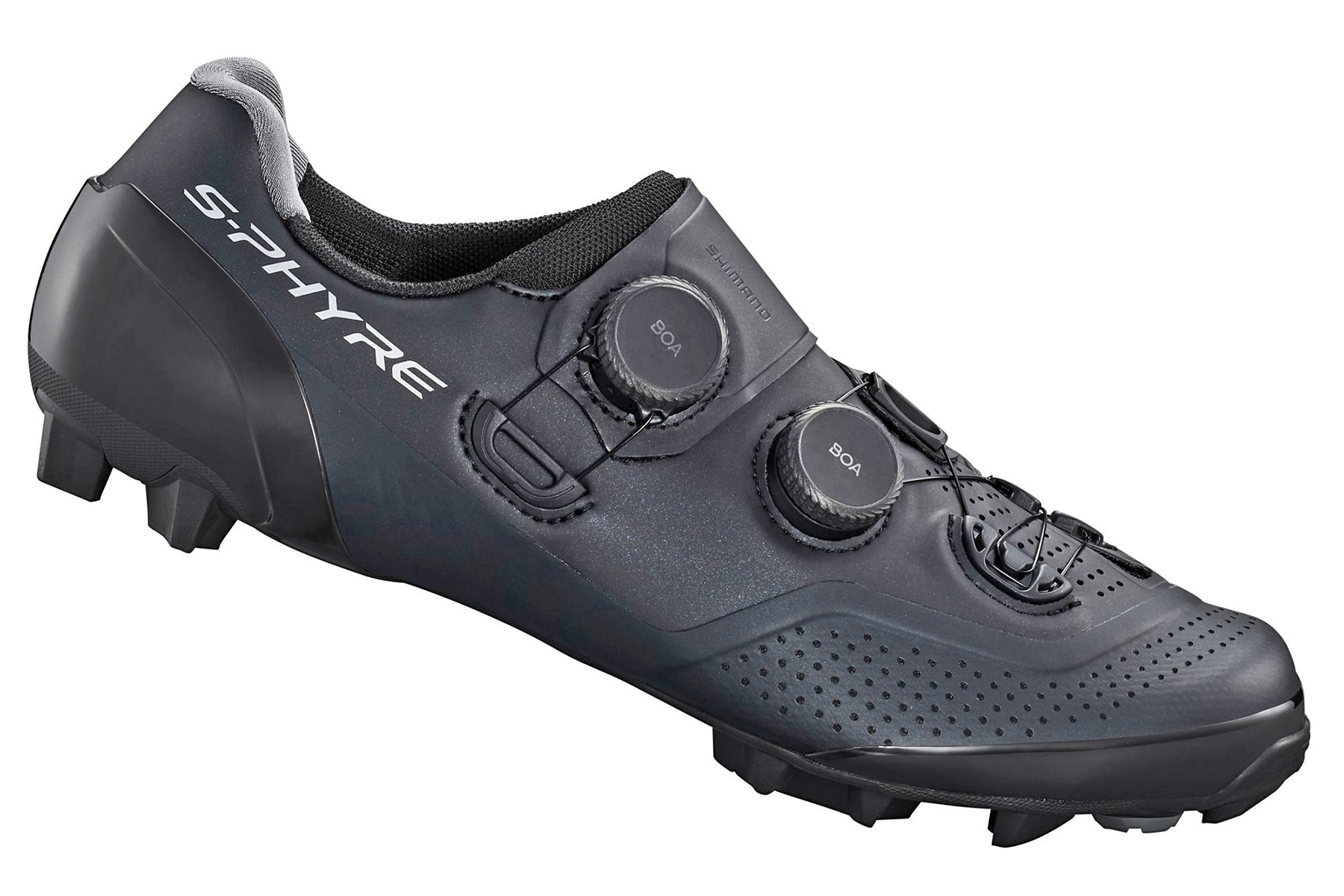 A new generation of Shimano S-Phyre XC9 mountain bike shoes is never entirely a surprise. We’ve spotted MvdP racing XC902 prototypes for more than a year and a half now, experimenting with different soles, revised retention configurations, and several iterations of uppers since the current XC901 shoes were launched. But really the biggest and most obvious clue was the debut of a new S-Phyre RC902 road shoe update last autumn.

Now like clockwork, the mountain bikers get similar upper updates, taken to a new extreme with added protection and much better grip… 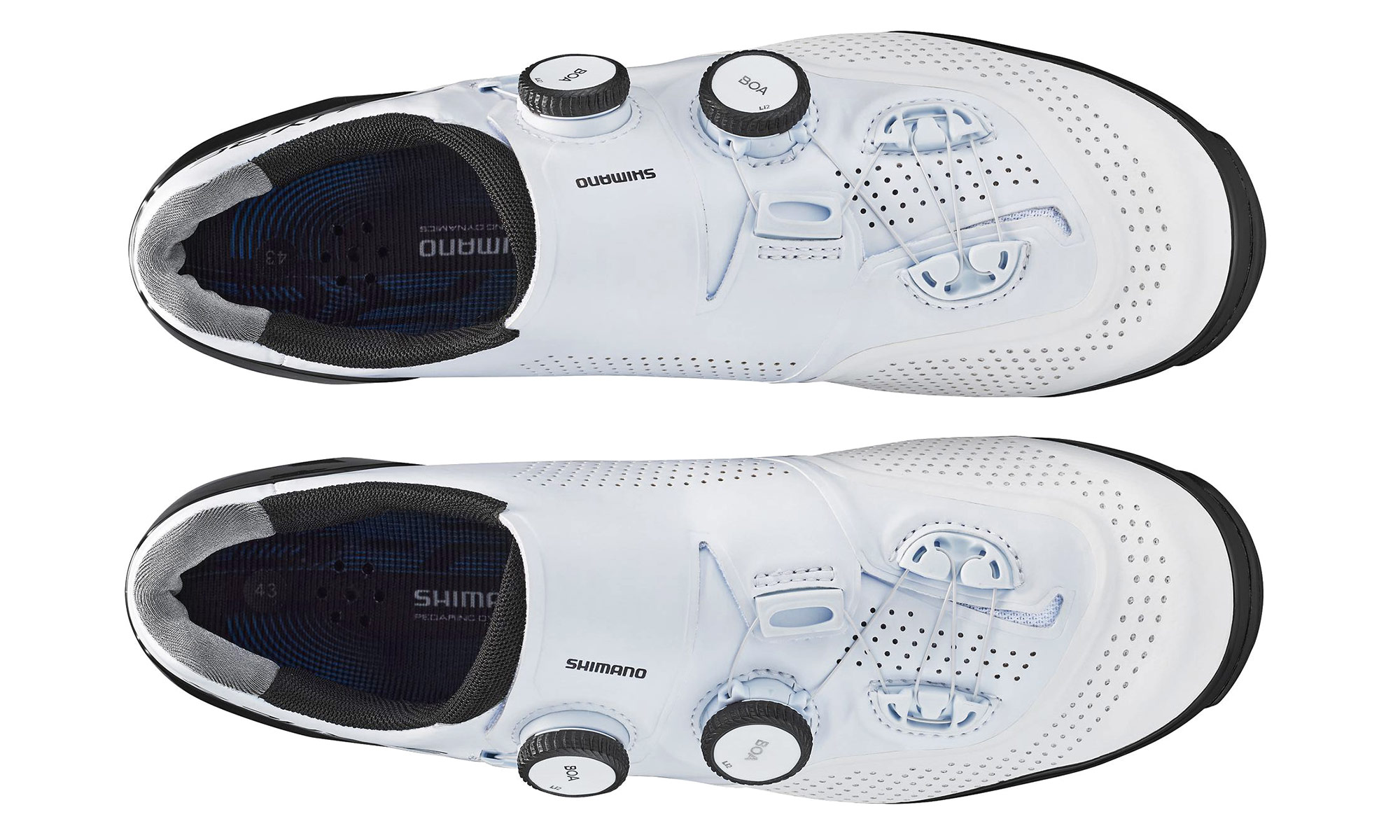 Up top, there’s a new synthetic upper with a familiar layout to the new RC9 road shoes. These new XC9s keep the same two Boa dial layout as the originals (not the reversed orientation of MvdP’s prototypes), down to the extra crossing Powerzone wire loop across the forefoot for more precise adjustment. But they do now get upgraded to lower profile Boa Li2 dials like the latest S-Phyre road version. 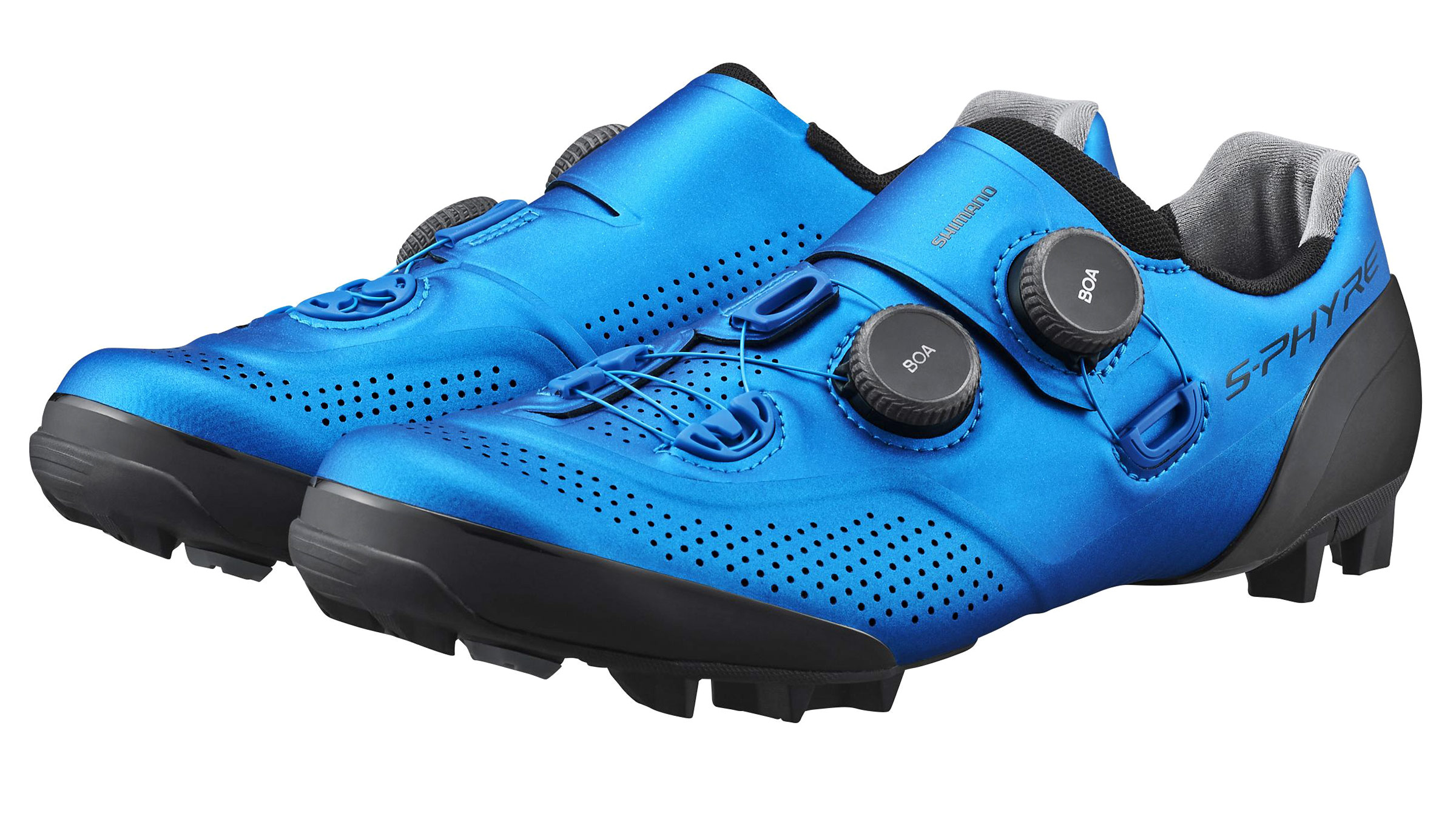 The upper now features two separate wrap-around materials bonded together to allow the top section to deliver the best fit, while the bottom section focuses on pedaling performance efficiency and durability.

There are similar composite heel cup (with the carry-over grippy heel lining not found on the road shoes) and rubber toe bumpers to keep your foot protected and in place, with perforations across the toe & tongue for ventilation. 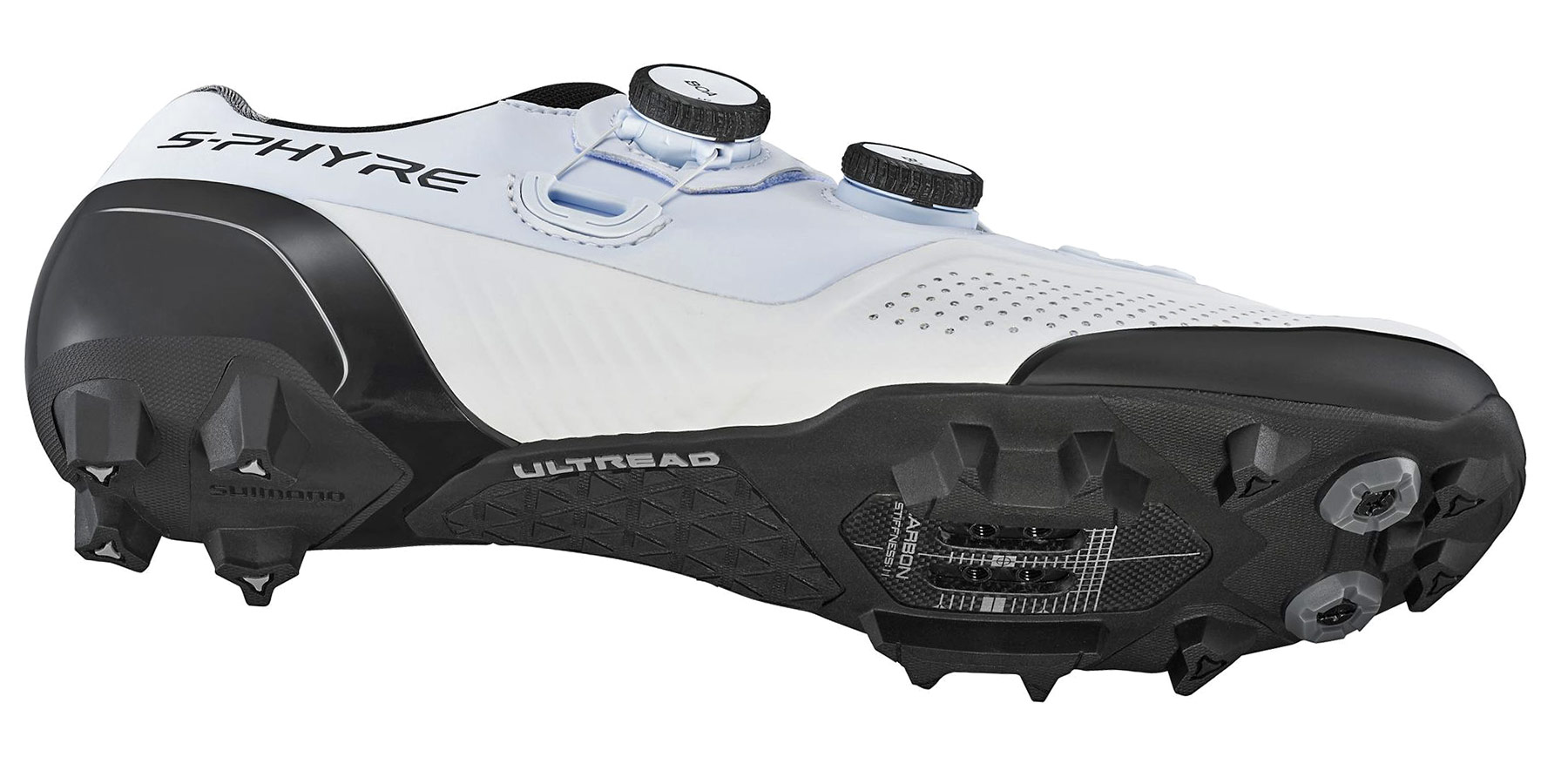 Underneath it all are the biggest changes for the S-Phyre XC9. Shimano leaves Michelin rubber behind for an all-new in-house Shimano Ultread XC rubber outsole design.

The new “highly technical tread pattern” was developed to provide unparalleled grip for racing in all conditions. The Ultread outsole featuring 3-lobed lugs front & rear, with much taller tread at the heel and what seems to be a dual-compound lug inspired by winter boots. 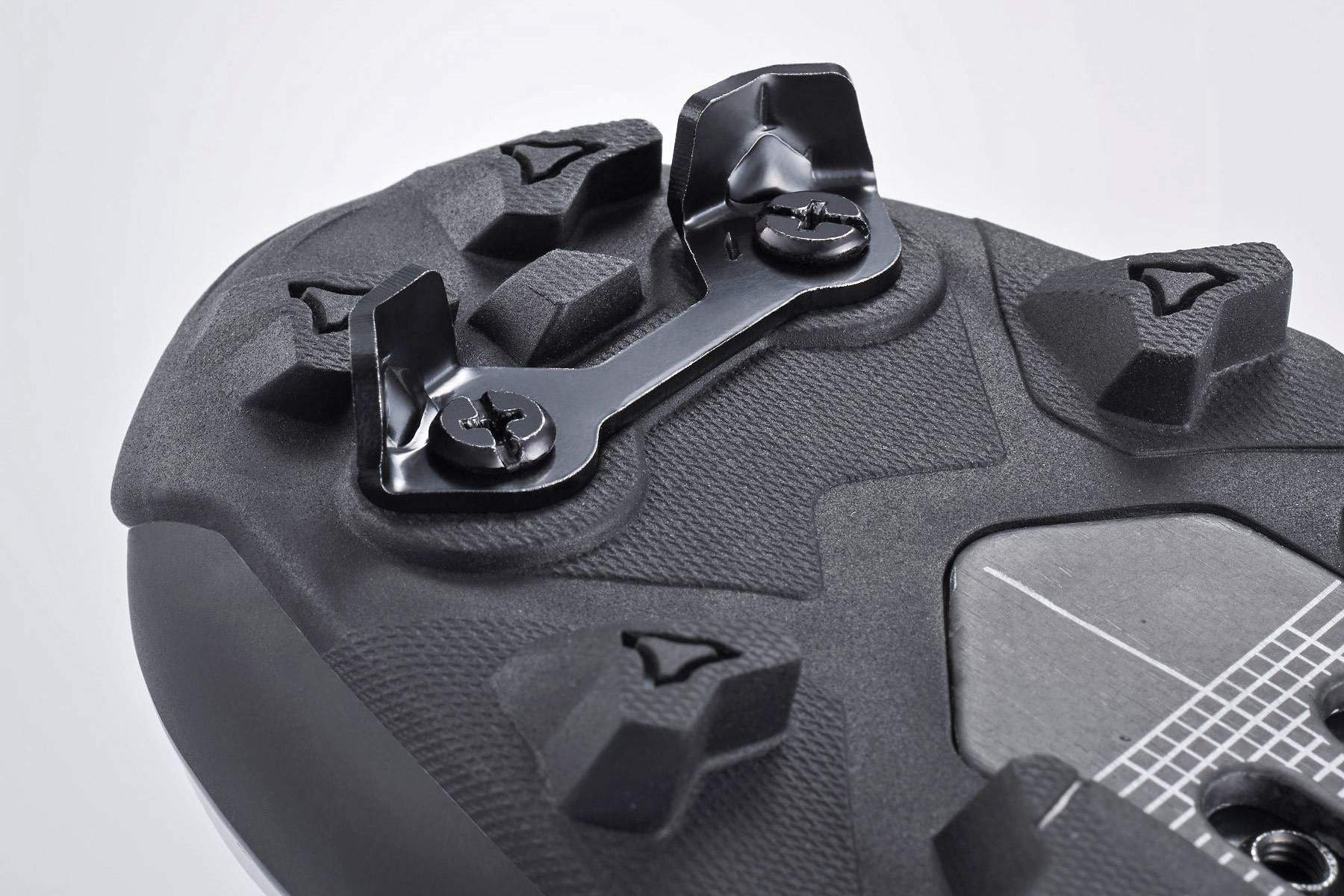 Up front, there is also a new reinforced toe spike mount, and Shimano is offering a one-piece set of “rider-tunable, talon-shaped” steel toe spikes to add massive extra traction for racing in loose & muddy conditions.

Beneath the new rubber the new XC9 shoes maintain a thin, low-stack full-carbon midsole, with the same level 11 stiffness as their predecessor for max pedaling efficiency.

The end result, the new Shimano S-Phyre XC9, SH-XC902 mountain bike shoes is said to be lighter than ever at just 296g (per size 42 shoe), a savings of 34g over the currently available XC901 model. 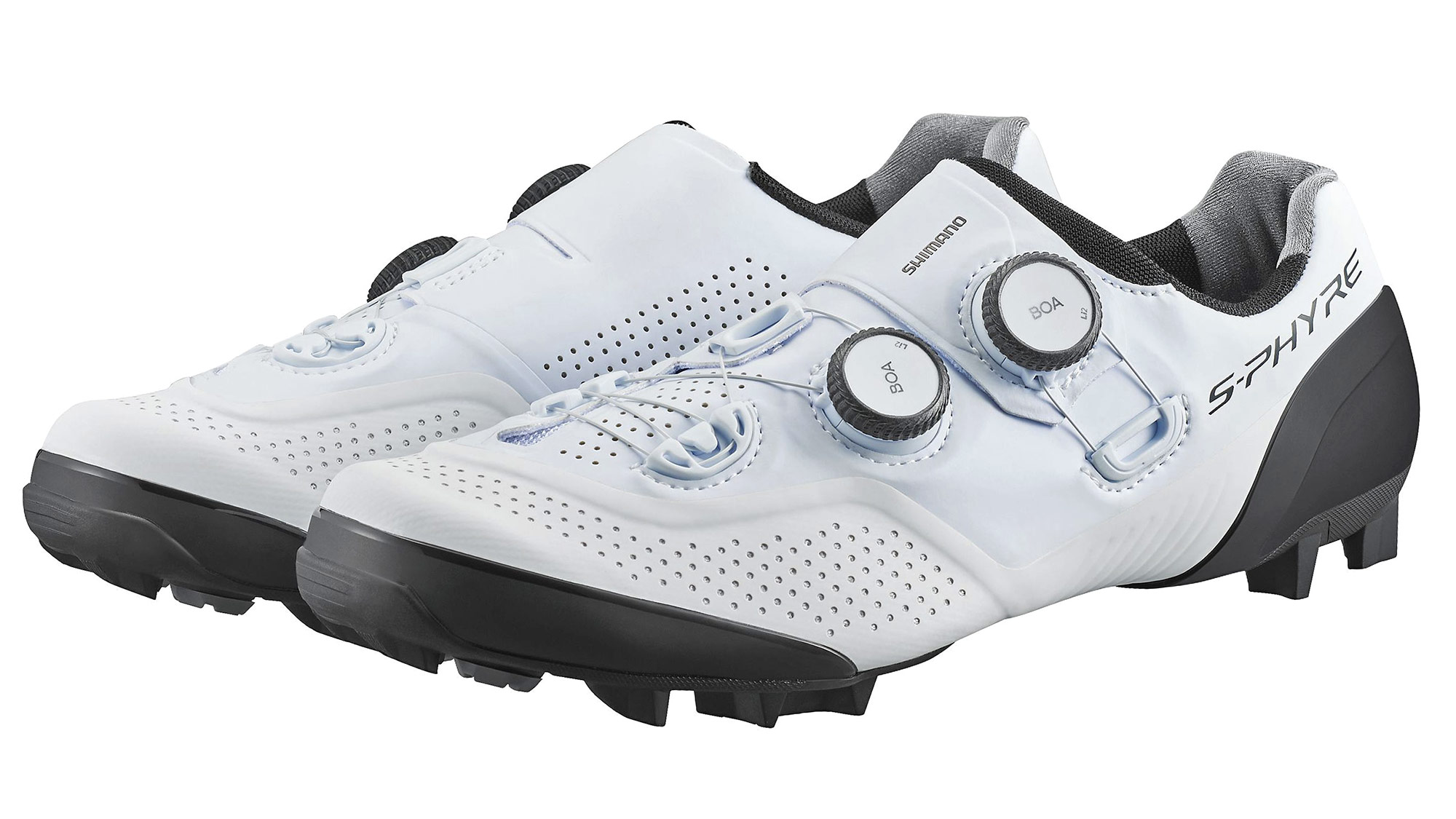