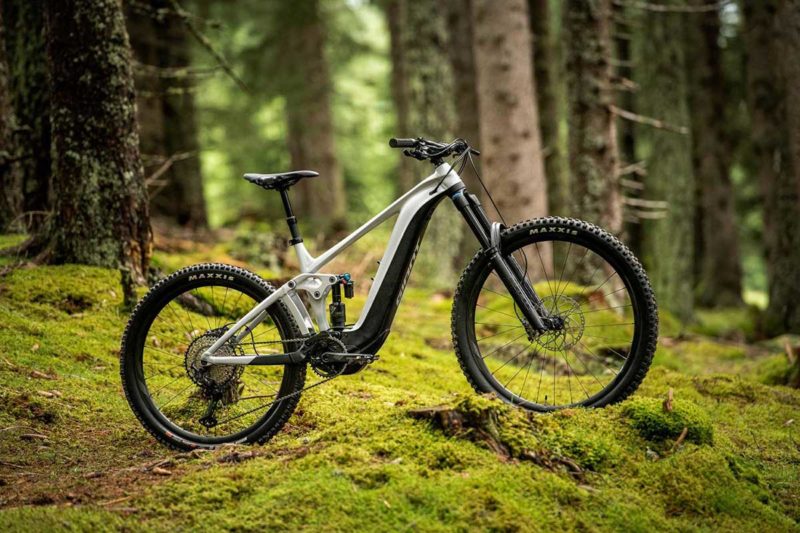 The 2021 Giant Reign E+ is updated with mixed wheels for this model year. That’s not all; there’s almost nothing about the new Reign E+ that hasn’t changed, only the Giant Maestro suspension platform of course. Here’s what we know about it so far… 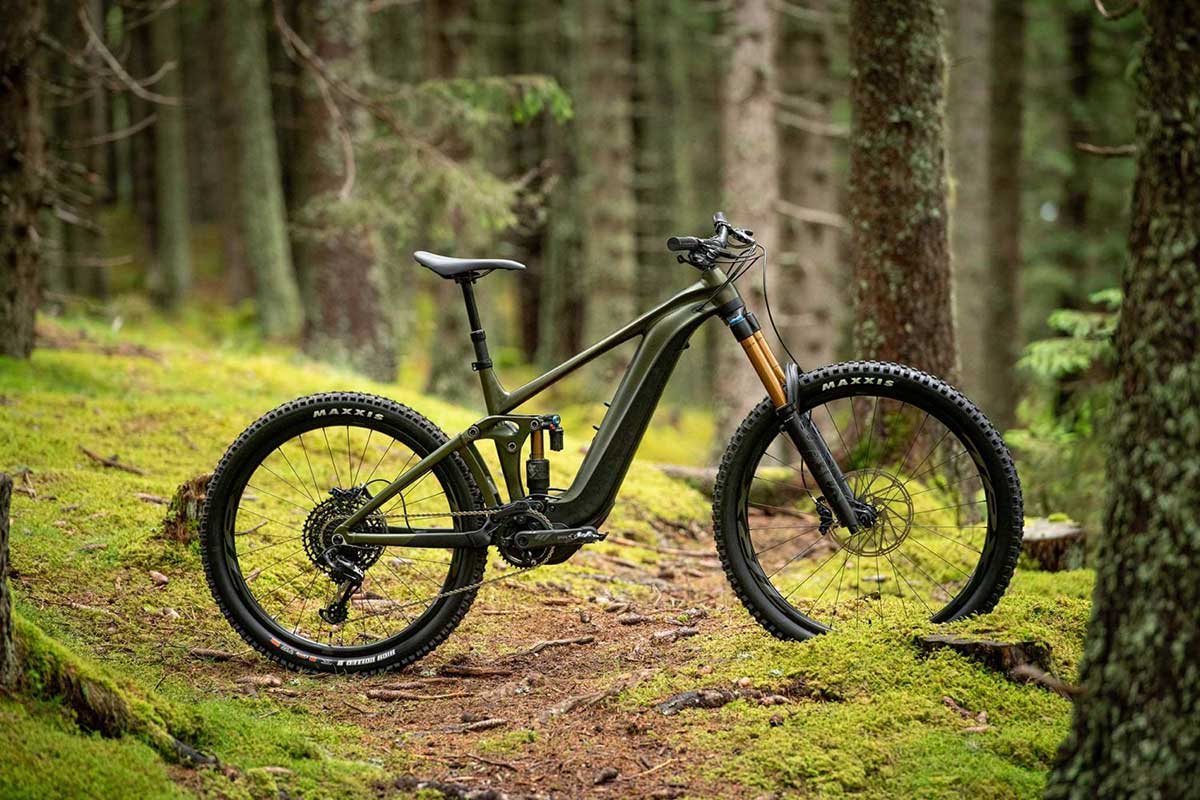 Giant has updated their enduro eMTB; the Reign E+. Still sporting 160mm rear wheel travel paired with a 170mm fork, the electrified Reign now runs mixed wheels, with a 29″ wheel up front and a 27.5″ on the rear. That contrasts with the previous, original, model which ran 27.5″ wheels front and rear.

The Reign E+ gets plethora updates for 2021, including a new frame, new geometry, new motor and bigger battery. All very much for the better, in our opinion. Let’s start with the geometry. 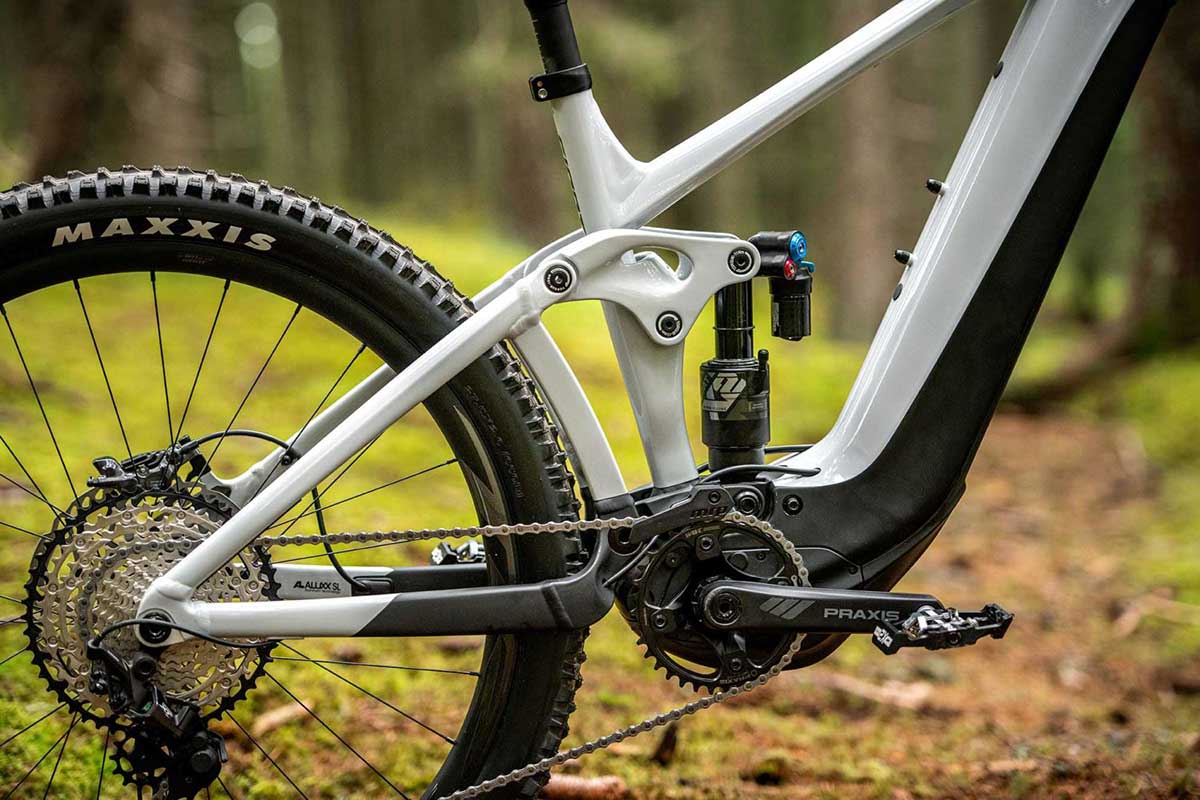 The switch to a mullet setup comes with much shorter chainstays, something Giant wanted to implement to improve the maneuverability of the bike. They now measure up at 454mm (still quite long), as compared to the 469.5mm chainstays on the 2020 iteration. That’s the same across the S-XL frame size range. 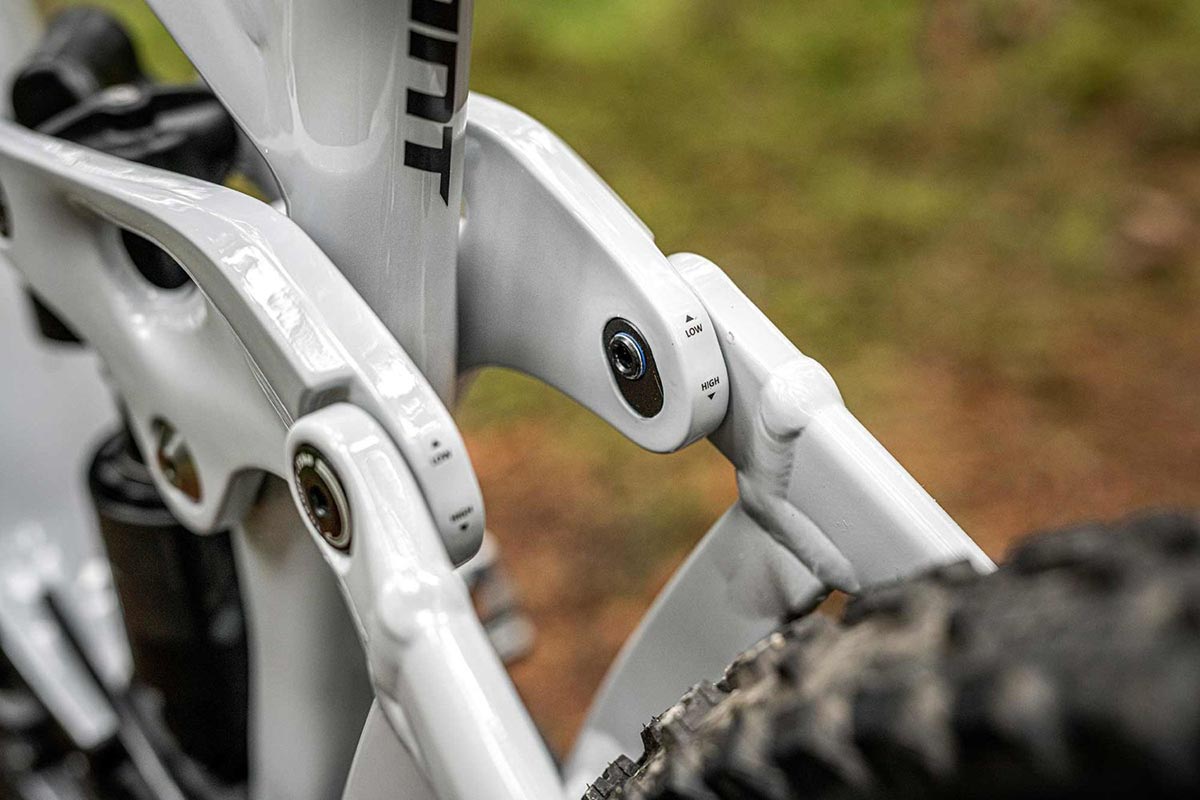 Where the geometry of the original Reign E+ was fixed, here, it is adjustable by virtue of a flip chip at the rearmost pivot of the Maestro suspension’s rocker. Unlike a lot of flip-chips we’ve seen recently, this one actually makes some significant changes. The high position sees a 64.5° head angle and a 77.5° seat tube angle. Switching to the low position drops the bottom bracket height by 10mm, slackening the HA to 63.7° and the SA to 76.7°. 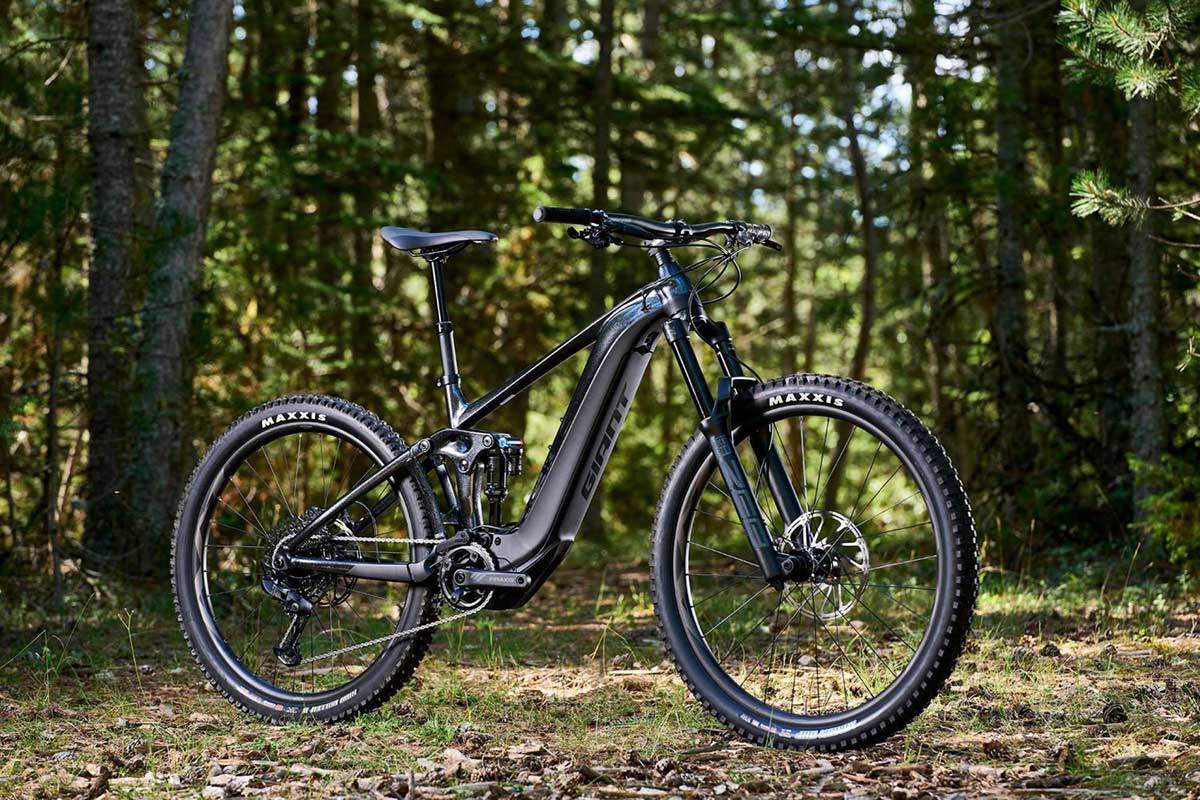 Flipping the flip-chip also has an effect on reach. In a size large, reach sits at 500mm in the high position, shortening to 483mm in the low position. We are waiting to hear back from Giant as to how the flip-chip affects the bike’s leverage curve. We wonder, only because the leverage curve of the Liv Intrigue Advanced Pro, which also runs the Maestro suspension platform, is changed by the position of the flip-chip (read more about how flip-chips can be used to alter leverage curve here). 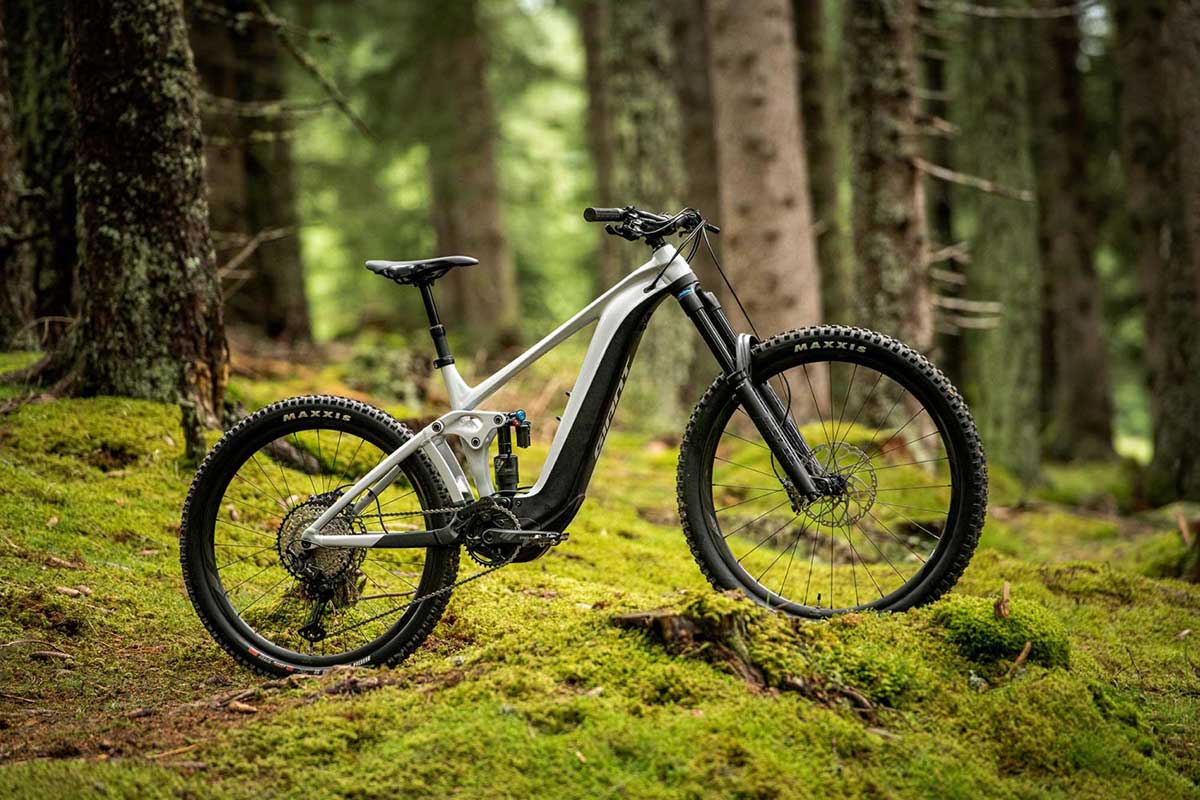 Embodying that new geometry, both the front and rear triangles see some major changes. At least aesthetically, the 2021 Reign E+ is, arguably, quite the departure from the Reign of old. It looses that characteristic upward bend at the top tube-seat tube interface, replaced by the much cleaner looking finish of a straight top tube. 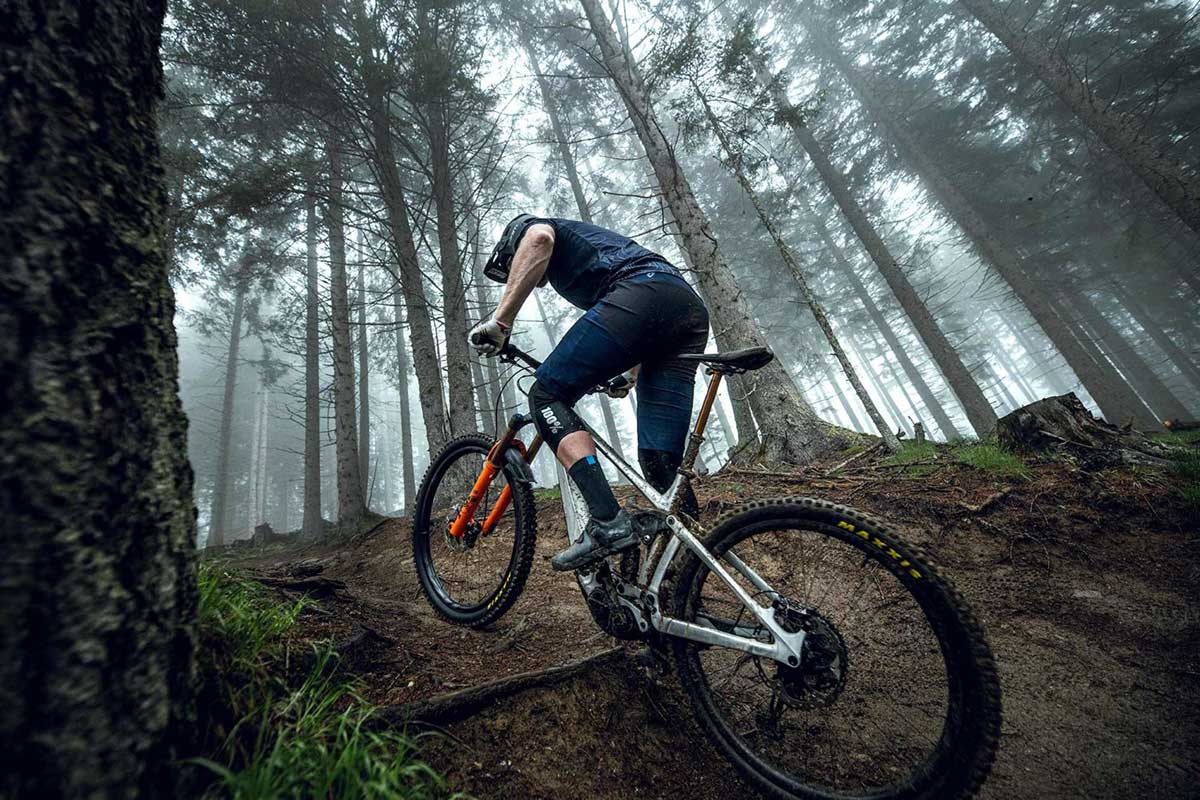 The rear triangle is updated, too. As well as loosing significant length, what was a single vertical strut has become two separate struts that brace the drive-side and non-drive-side stays more independently of one another. It looses the seat stay bridge but retains a lateral brace at the chainstays, just above the pivot for the lower link of the Maestro suspension platform. Additional lateral bracing is seen in the upper link, in front of the seat tube. 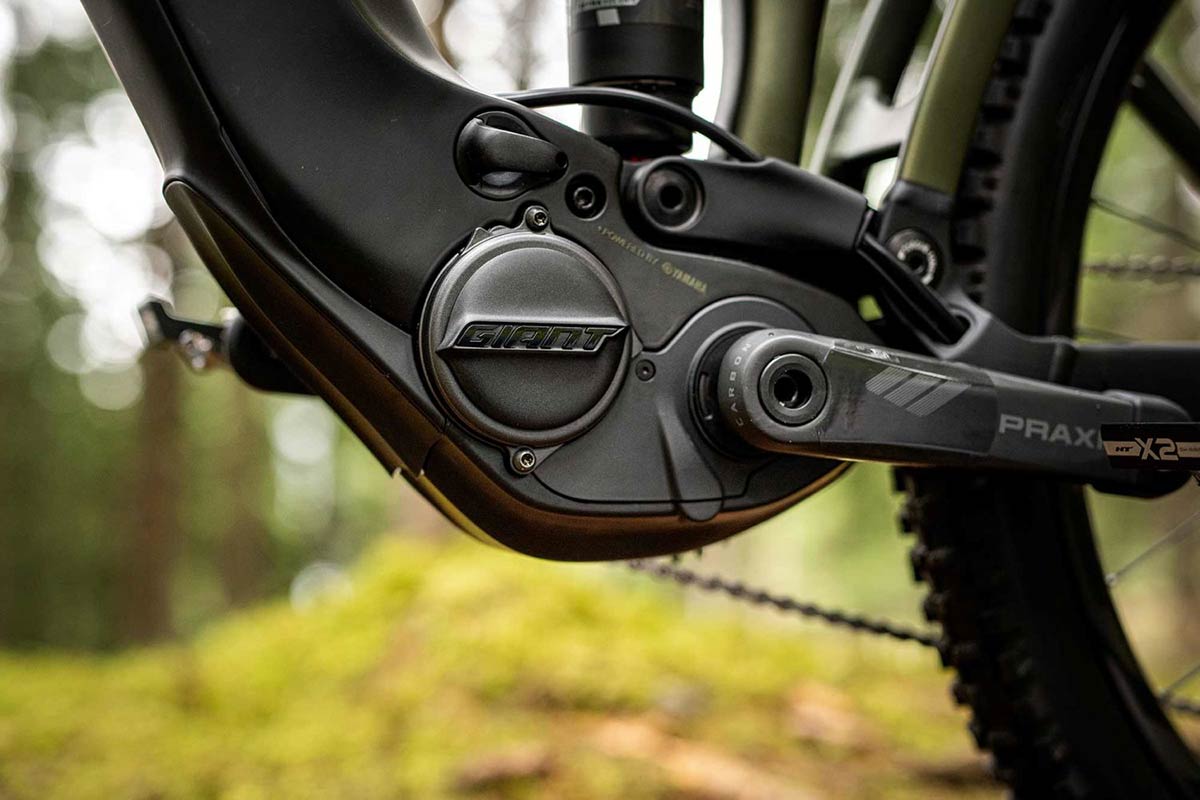 For 2021, the Giant Reign E+ gets a new, more powerful, motor. This is a proprietary Giant SyncDrive Pro motor developed in partnership with Yamaha, optimised for the Reign E+ chassis and Maestro suspension. It is said to be much quieter than the earlier SyncDrive Pro, and now produces up to 85 Nm torque. It is also lighter than the older version, at a claimed 2.7 kg. 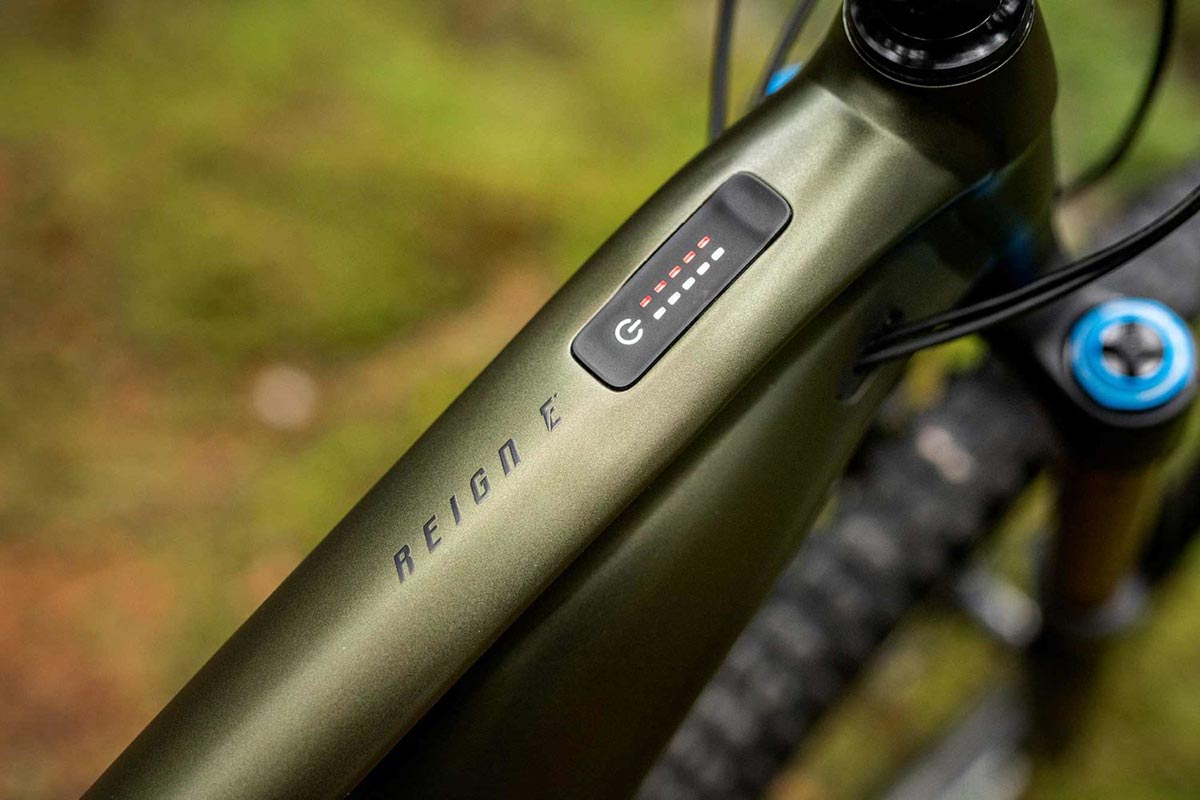 In addition to its greater power output, the new SyncDrive Pro motor is powered by a larger battery, too. The EnergyPak Smart 625 Wh battery replaces the 500 Wh battery of the 2020 version, improving range. The eMTB also gets a new top tube-integrated multi-function on/off button that can also change the motor settings on the fly.

The 2021 Giant Reign E+ is available at three price points, with E+ 2, E+ 1 and E+ 0 models. At the time of writing the Giant US site doesn’t show any availability for the new Reign E+ (we checked out the Australian site). We’re waiting to hear back on pricing, and to find out which of these models will be available to US customers.