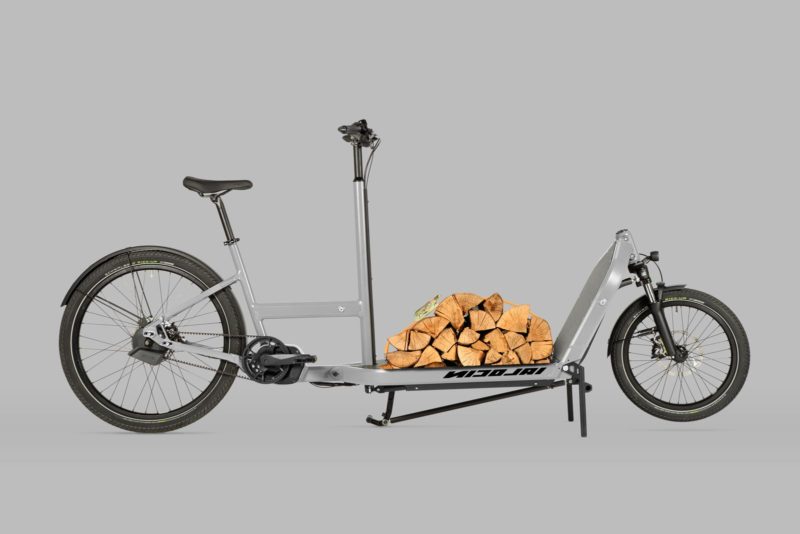 German manufacturers, Nicolai Bicycles, have turned their attention to urban mobility releasing their first cargo eBike; the Nicolai NC-1. Though it may look unwieldy, not helped by the Nicolai’s industrial aesthetic, the brand have added a number of clever features to help maneuver this 45kg cargo eBike. It gets the latest Bosch Performance Line CX motor, coupled with their new 750 Wh battery, able to stow not one but two of them underneath the loading platform. Thanks to the Enviolo Planetary Geared Hub, gear changes can be automatic too, based solely on the rider’s preferred cadence.

The Nicolai NC-1 Cargo eBike is made from 7020-T6 aircraft grade aluminium, TIG welded in-house at their German HQ. Though there’s no obvious branding, the cargo bike is easily recognizable as a Nicolai thanks to the shapes seen in the CNC-machined parts of the frame, such as those at the dropouts, headtube and kickstand.

On a bike with a wheelbase of 2040mm stiffness is paramount. The frame is said to be exceptionally stiff torsionally. Drawn aluminium rectangular tubes with large cross-sections are reinforced at strategic points by topology-optimised milled parts. The suspension fork also gets a 15mm thru-axle for improved steering precision.

The NC-1 is powered by the new 750 Wh PowerTube battery, Bosch Performance Line CX motor and the rider, of course. Replacing a traditional derailleur gear setup is an Enviolo Planetary Geared Hub, in which all the gears are tucked neatly away inside the sealed rear hub. It’s driven by a Gates Carbon Drive, strong enough to transmit the massive amount of power delivered to the hub; up to 85Nm Torque and 340% of the rider’s input. 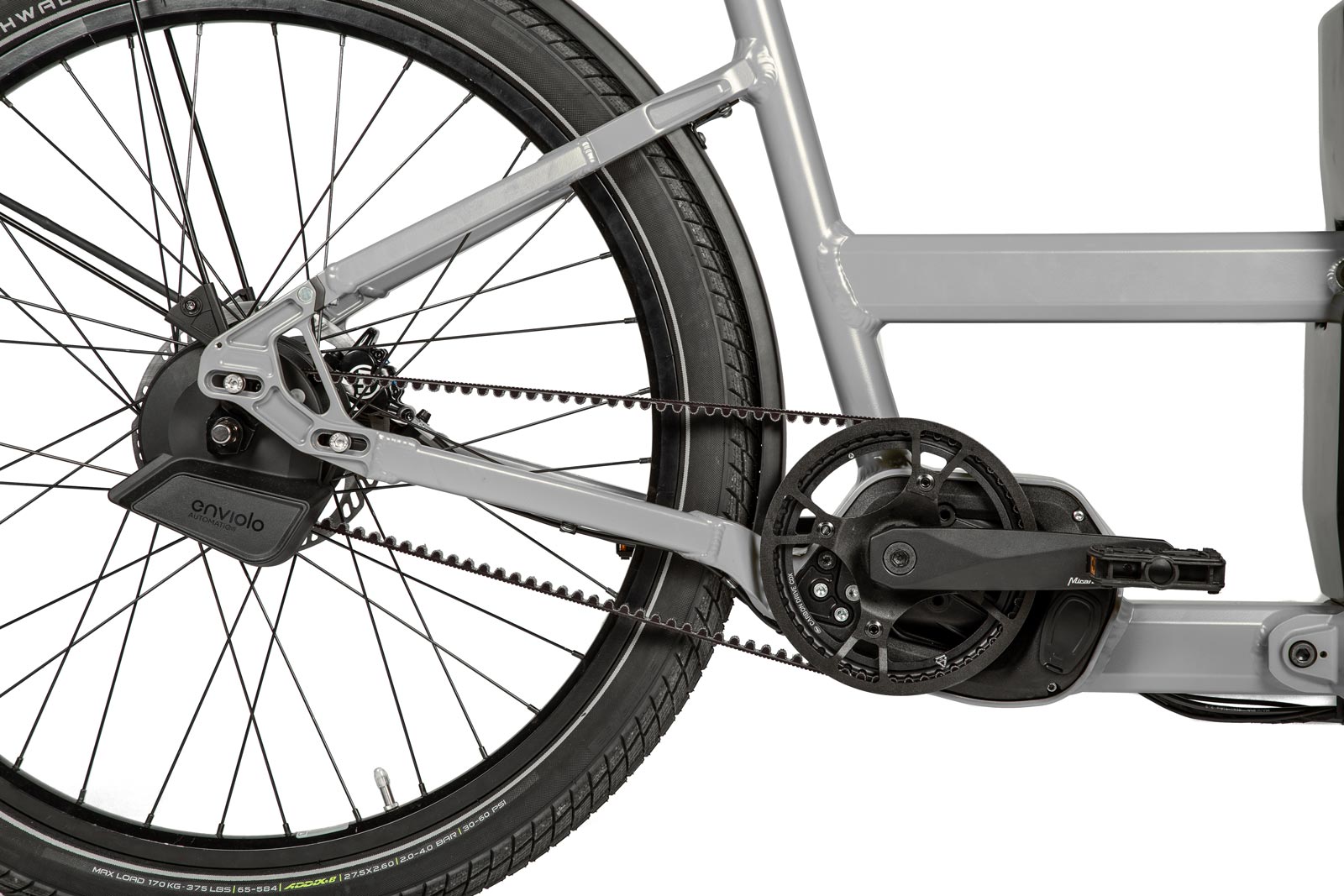 Nicolai are unapologetic for the industrial aesthetic of the NC-1, prioritizing form, function and durability over looks.

Altogether, this is a very low maintenance setup. The carbon fibre reinforced drive belt doesn’t require constant lubrication like a chain does, and the Enviolo hub is a sealed, oil-filled unit that is essentially maintenance free. It offers a 380% gear ratio. In the standard version, the NC-1 Cargo is equipped with the manually-shifted Enviolo gear system, which is operated via grip shift on the handlebar. However, Nicolai are also offering the Enviolo automatic gearshift.

In this setup, the rider selects their preferred cadence via the control unit on the handlebars, and the respective gear ratio is then selected automatically during the course of a ride. This is pretty cool as it frees up your attention to focus on traffic, while ensuring you’re always in the most efficient gear for a given gradient. 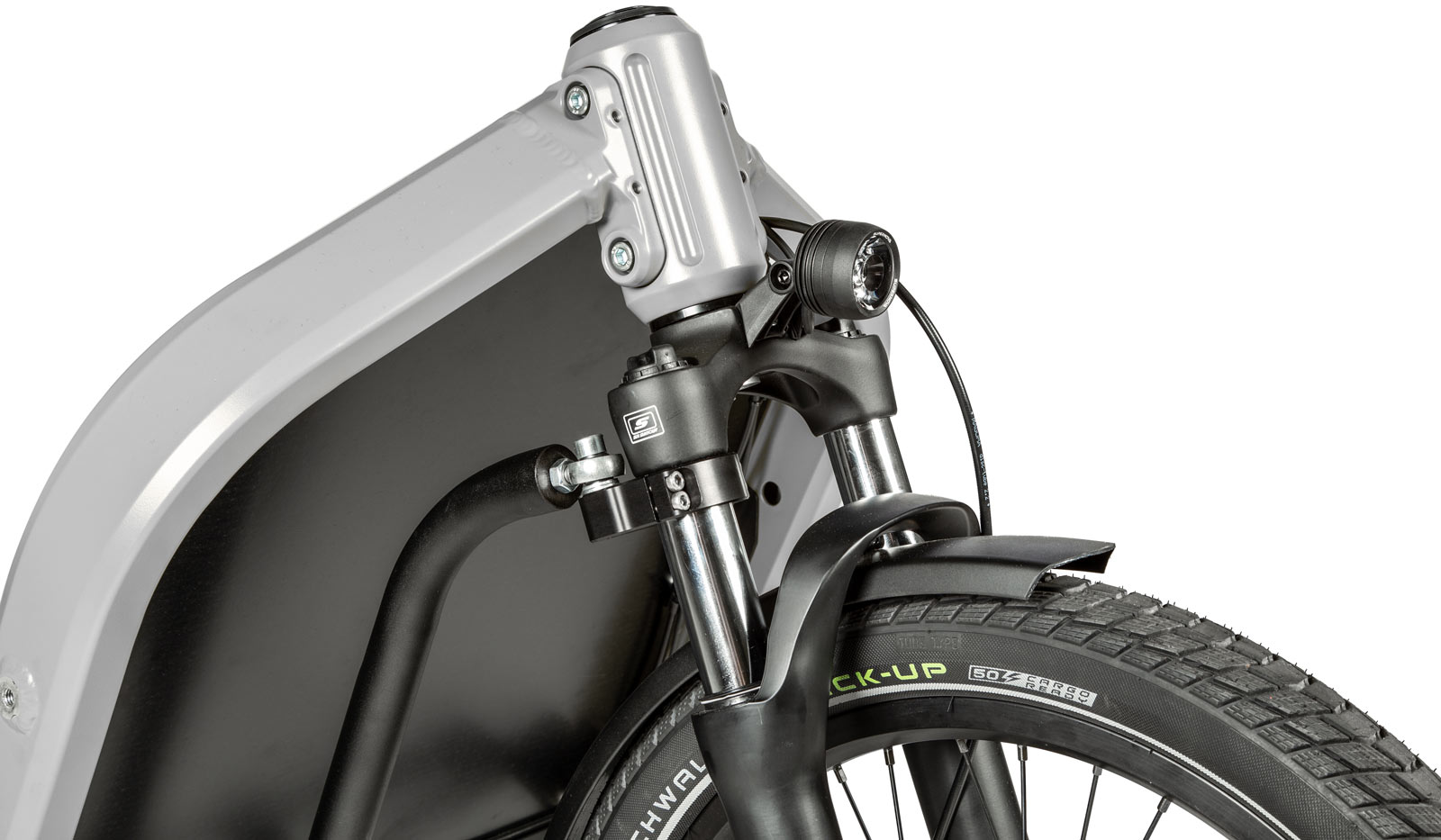 Nicolai say the geometry and frame design of the NC-1 allow for safe, comfortable and easy handling in all riding situations. The battery is positioned under the load carrying platform giving the bike a very low centre of gravity for improved balance. The head angle and fork offset of the 70mm travel cargo bike-specific SR Suntour Mobie A32 fork are designed so that the NC-1 runs smoothly and balanced even at very low speeds and is stable and secure on the road at high speeds.

Two pairs of steering bump stops both on the headset and in the steering linkage prevent the steering from over rotating, but it still allows for a decent maximum steering angle so that the turning circle doesn’t end up ridiculously large. 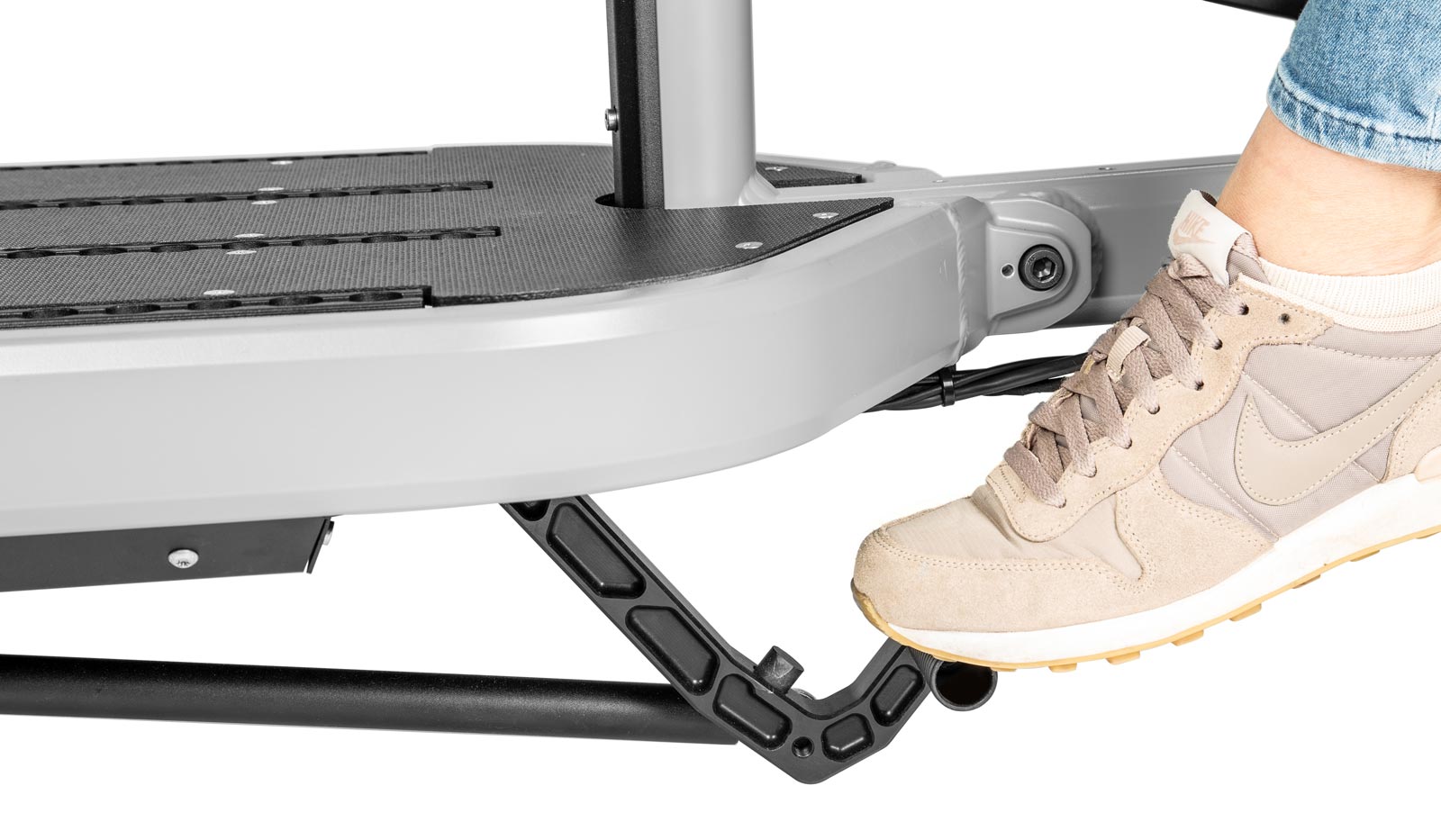 Underneath the Nicolai NC-1 is a double-sided kickstand with a wide footprint, which can be operated from the riding position by use of a spring-loaded foot pedal. Jacking the bike up like this renders the bike unroll-able, so also serves as a theft deterrent. A lock also prevents the batteries from being pulled out. Additional digital anti-theft and tracking options are offered by the Bosch Connect Module. 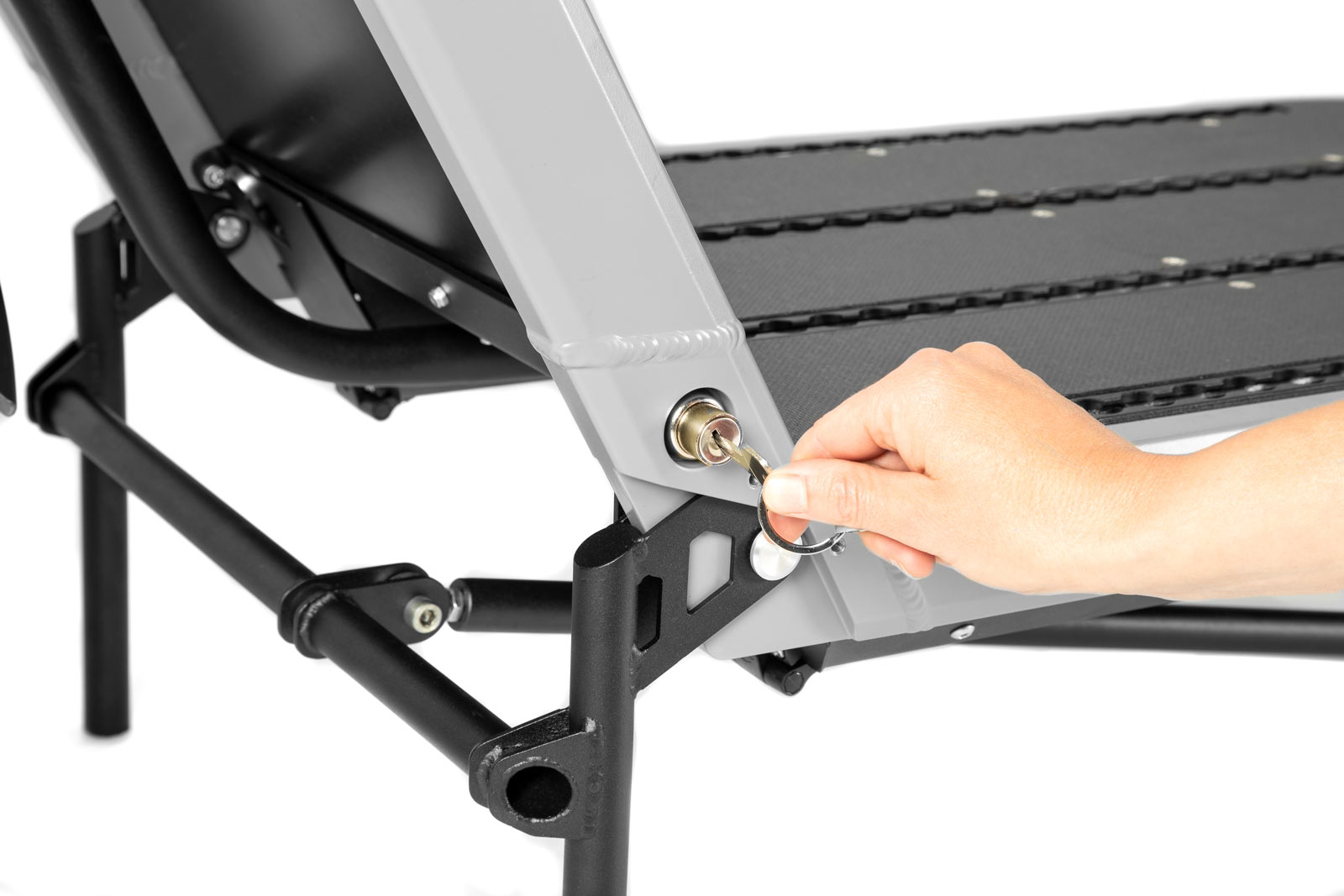 The loading platform of the Nicolai NC-1 Cargo is 70 x 50cm and lined with a waterproof-coated, birch plywood loading plate.

The Nicolai NC-1 rolls on Schwalbe Pick-Up tires with extra puncture protection, designed for loads up to 170kg. The bike also gets SKS mudguards for a clean commute, and saddle, handlebars and grips from SQLAB.

The standard version of the Nicolai NC-1, with 1 battery, will retail at 7.499 €. Paying 299 € on top of that gets you the Enviolo Automatiq hub. Bikes will be available from January 2022.

Nicolai gives a 5-year warranty on the NC-1 Cargo against breakage and material failure. In addition, the manufacturer promises the availability of all spare parts and replacement components for a period of at least 10 years.