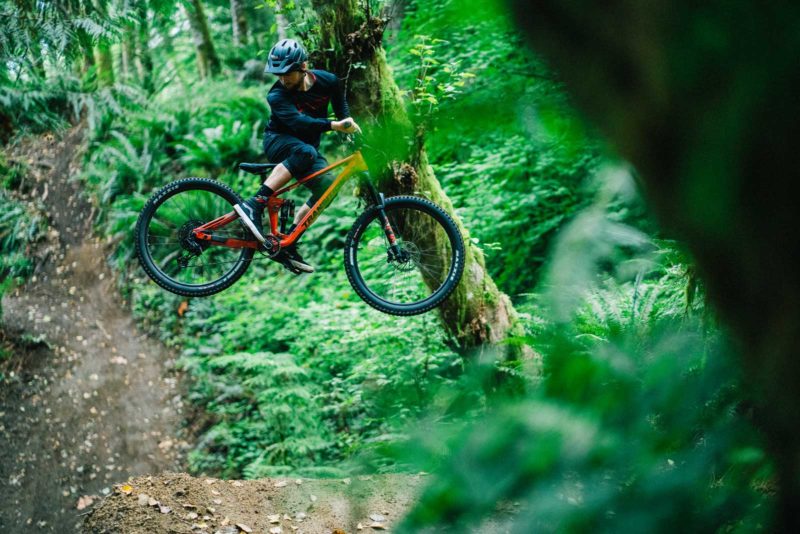 Transition Bikes have released alloy builds of the long-travel 29er Sentinel and 27.5″ Scout Trail bike. Previously available in carbon only, the new NX and GX builds will retail at a much more budget-friendly price of $3899 USD and $4999 USD, respectively, with framesets only available too. 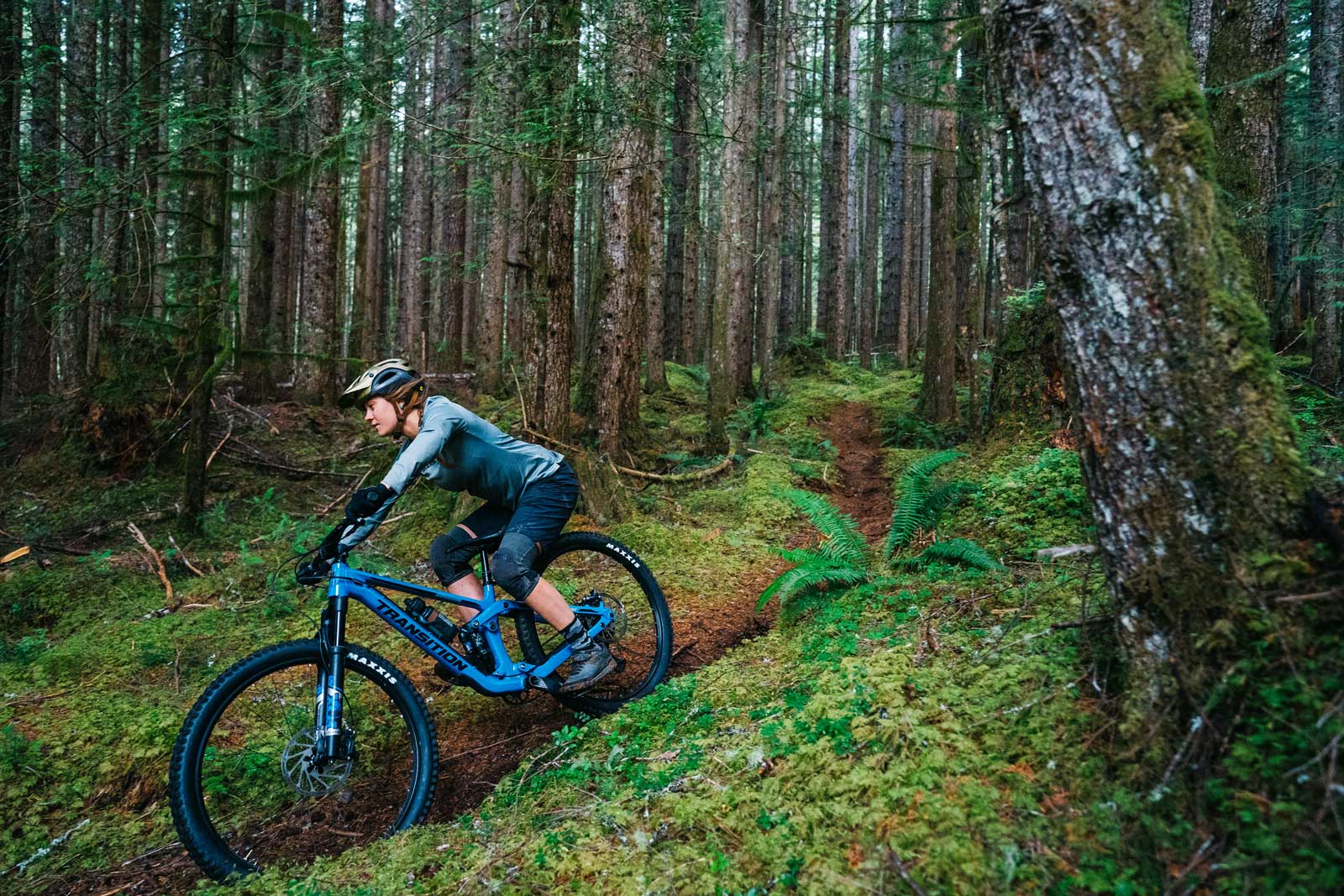 Those who prefer the reliability and durability of an aluminum mountain bike frame will be pleased to hear that the Transition Sentinel and Scout full suspension bikes are now available as alloy framesets. Both get the same Speed Balanced Geometry of their carbon counterparts, but at a more affordable price point you might expect from the heavier aluminum frame. 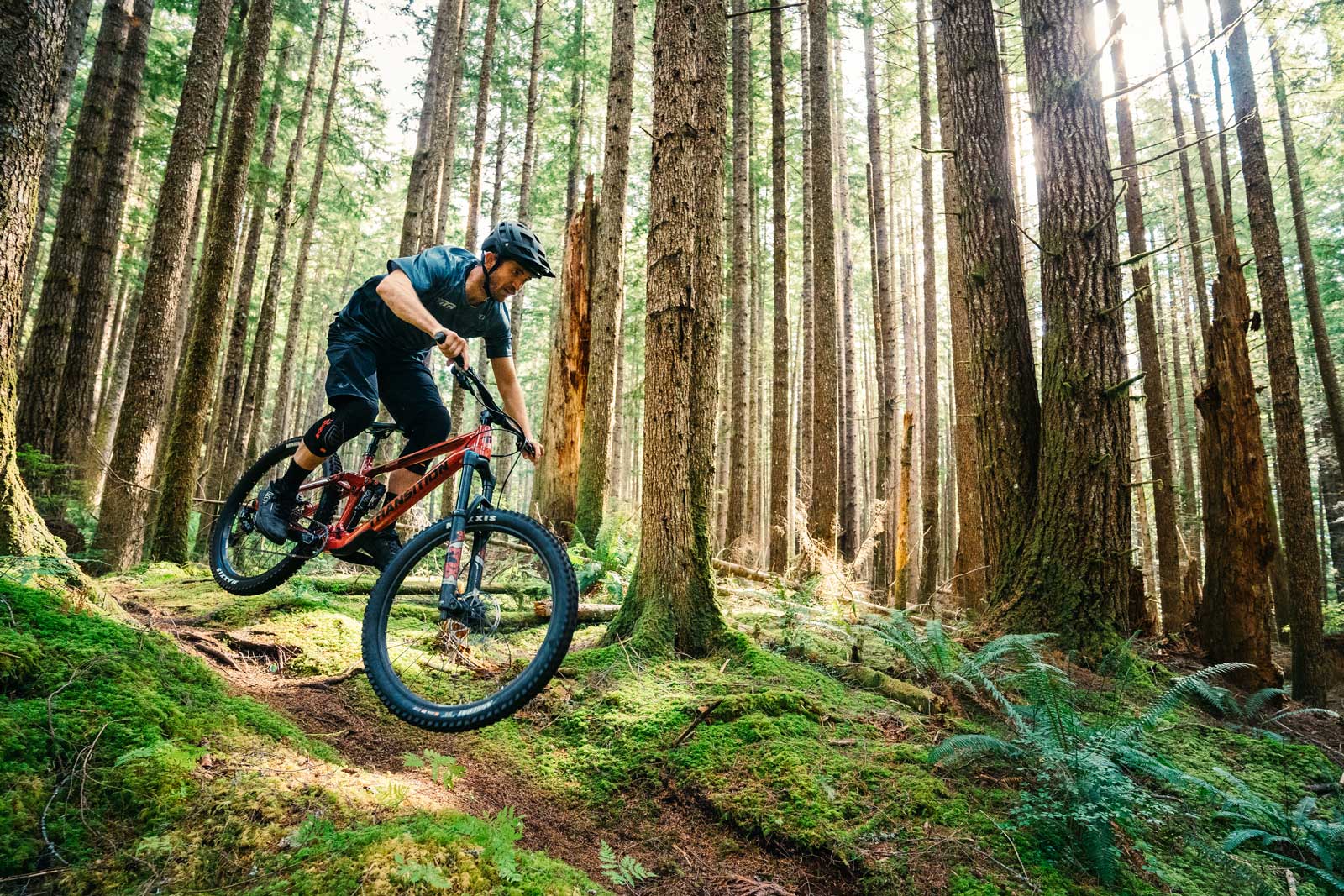 The Transition Scout comes with 140mm rear wheel travel stock, which can be upgraded to 150mm with a longer stroke shock

The Transition Bikes product team have hand-picked a parts list to give riders as much bang for their buck as is possible with two price points for each bike. The NX build ($3899 USD) comes with a FOX 36 Rhythm fork and Float X Performance shock, along with SRAM Code R brakes and the SRAM NX 12 speed drivetrain, of course. 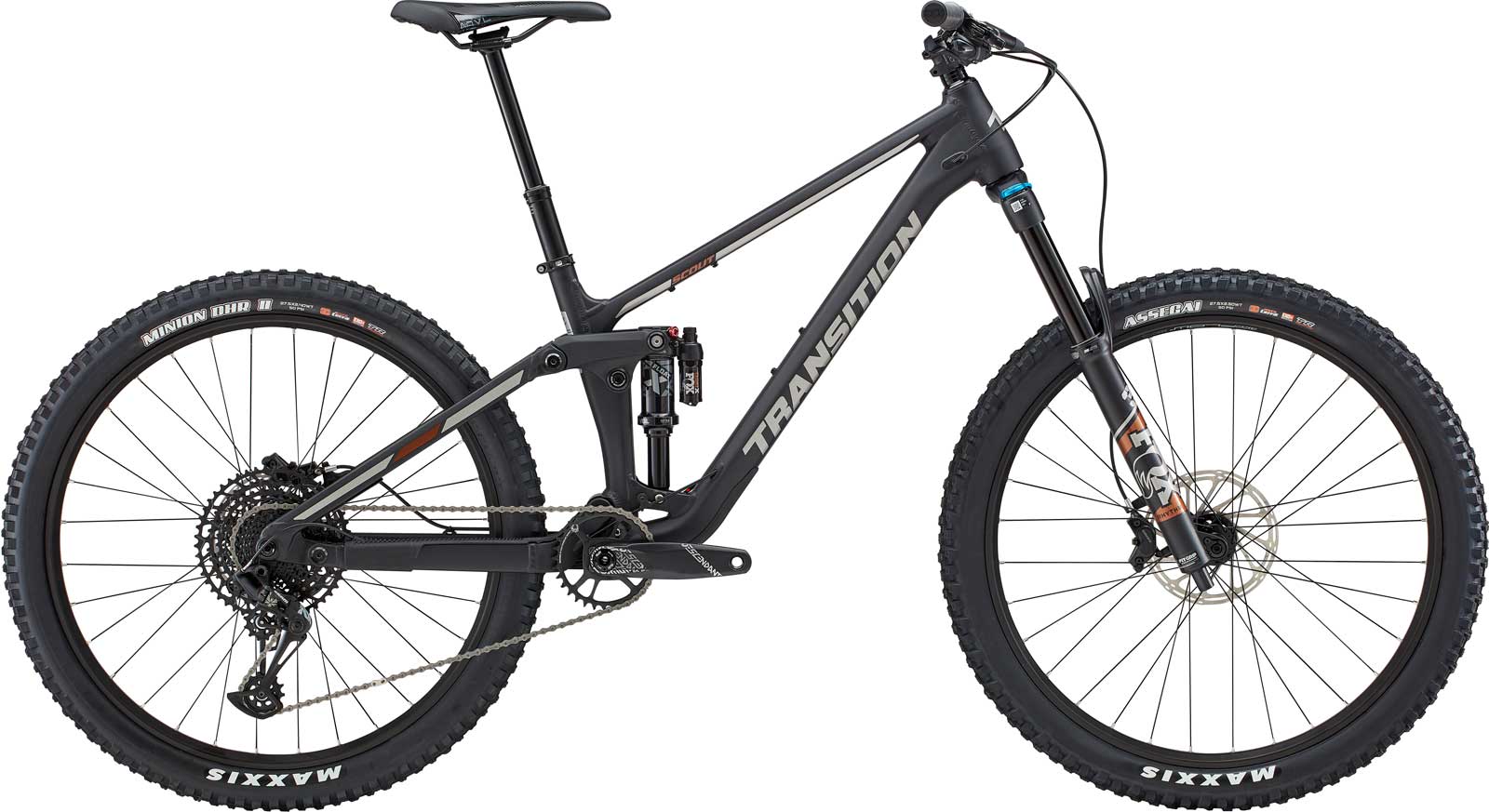 The GX build is particularly attractive given the $4999 USD asking price. It moves up to a FOX 36 Performance Elite fork with the GRIP 2 damper and Float X Performance Elite Shock, DT Swiss M 1900 wheelset, powerful SRAM Code RSC brakes, finished off with an ANVL cockpit. There’s nothing on that build that needs upgraded*. Both models include Maxxis Assegai 3C EXO+ / Maxxis Minion DHRII 3C EXO+ tires (*I’d probably swap this out for a DoubleDown), and a OneUP dropper post. 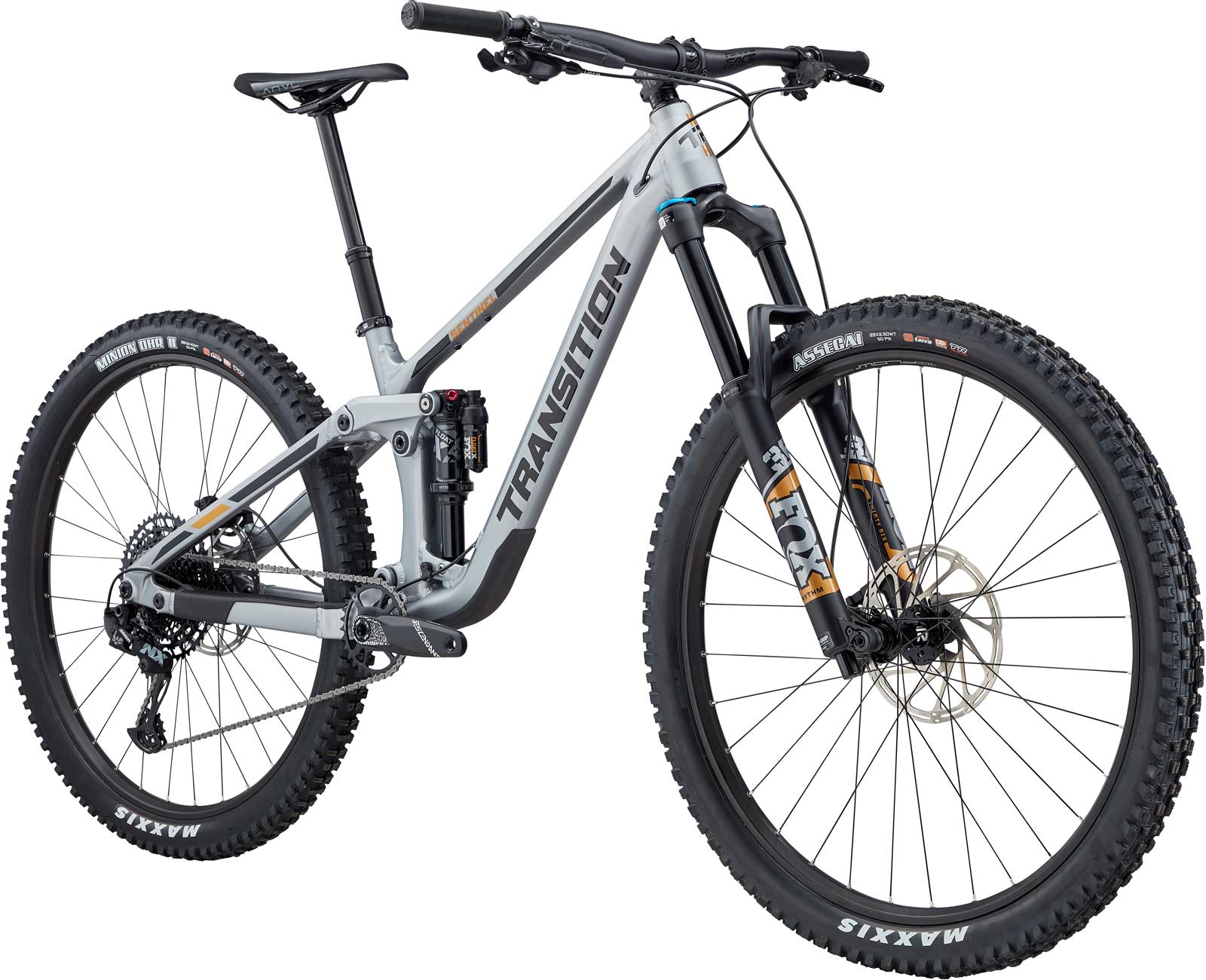 The aluminium Transition Scout and Sentinel bikes both come with a lifetime warranty. The frames run Enduro Max Sealed Bearings with bearing shields on the main pivot, a threaded Bottom Bracket and a 44/56mm press-in headset.

Both bikes get molded rubber chainstay, seatstay, and downtube protectors. Cable routing is internal, save for the rear brake hose. There’s also room to store a water bottle inside the front triangle and an accessory mounting point on the underside of the top tube.