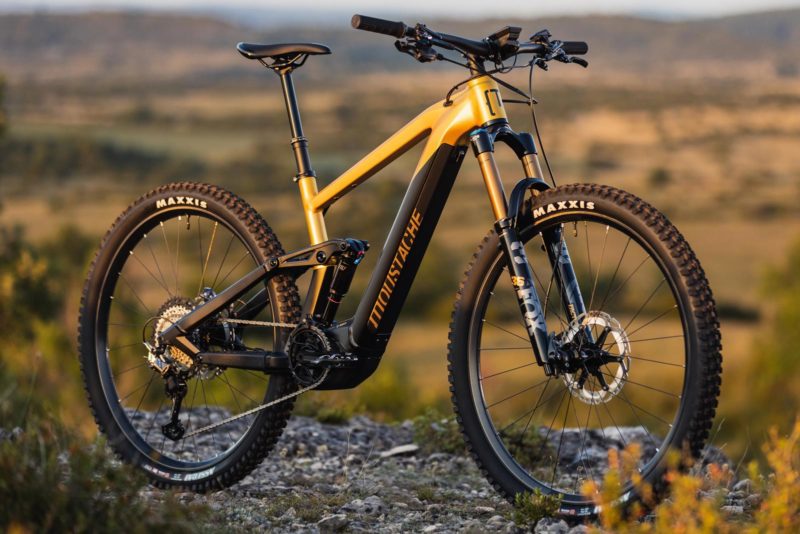 Moustache Bikes has updated its range of 29″ wheel Samedi TRAIL and GAME full suspension eMTBs, extending their range by 125 Wh to deliver a total of 750 Wh. The bigger battery isn’t all that’s new; the Samedi 29 geometry is also tweaked to accommodate it, resulting in longer reach figures and a drop in bottom bracket height to keep the bike’s centre of gravity as low as possible.

The 160mm travel GAME and 150mm travel TRAIL eMTBs share the very same frameset; differences in travel and geometry arising from the use of a longer stroke shock and fork, as well as the use of a headset shim. Importantly, Moustache don’t make the headset shim available aftermarket, so switching between the two configurations isn’t an option at the moment. 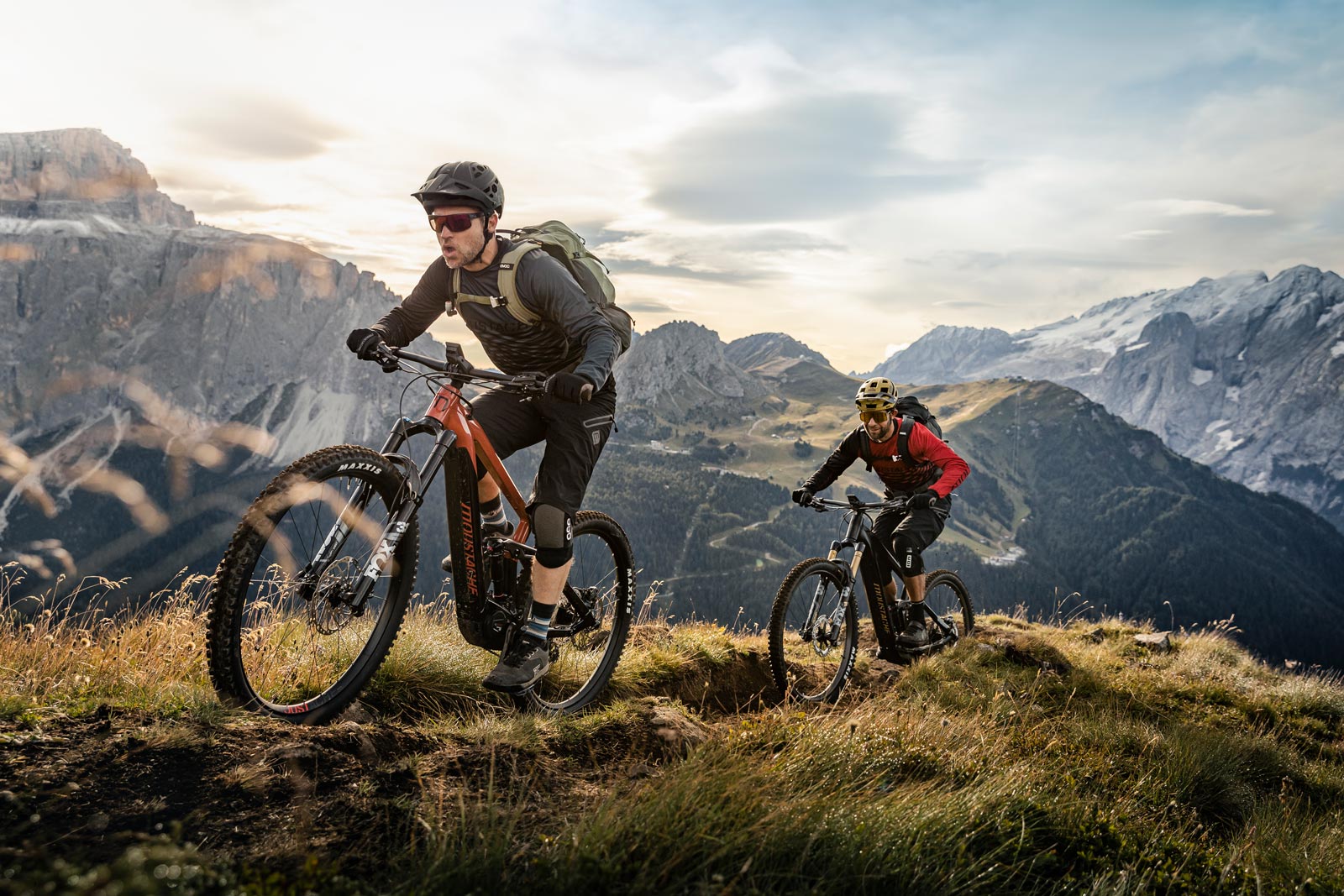 The big news for the 2022 range of Samedi 29 eMTBs from Moustache is that they are now powered by the latest Bosch Performance Line CX motor and the 750Wh battery that comes with it, boosting range by a claimed 20% over that afforded by the previous 625 Wh battery. That is true for ten of the 11 new bikes across the TRAIL and GAME platforms; only the most affordable model, the TRAIL 2 (€4,799) gets the 625 Wh battery. 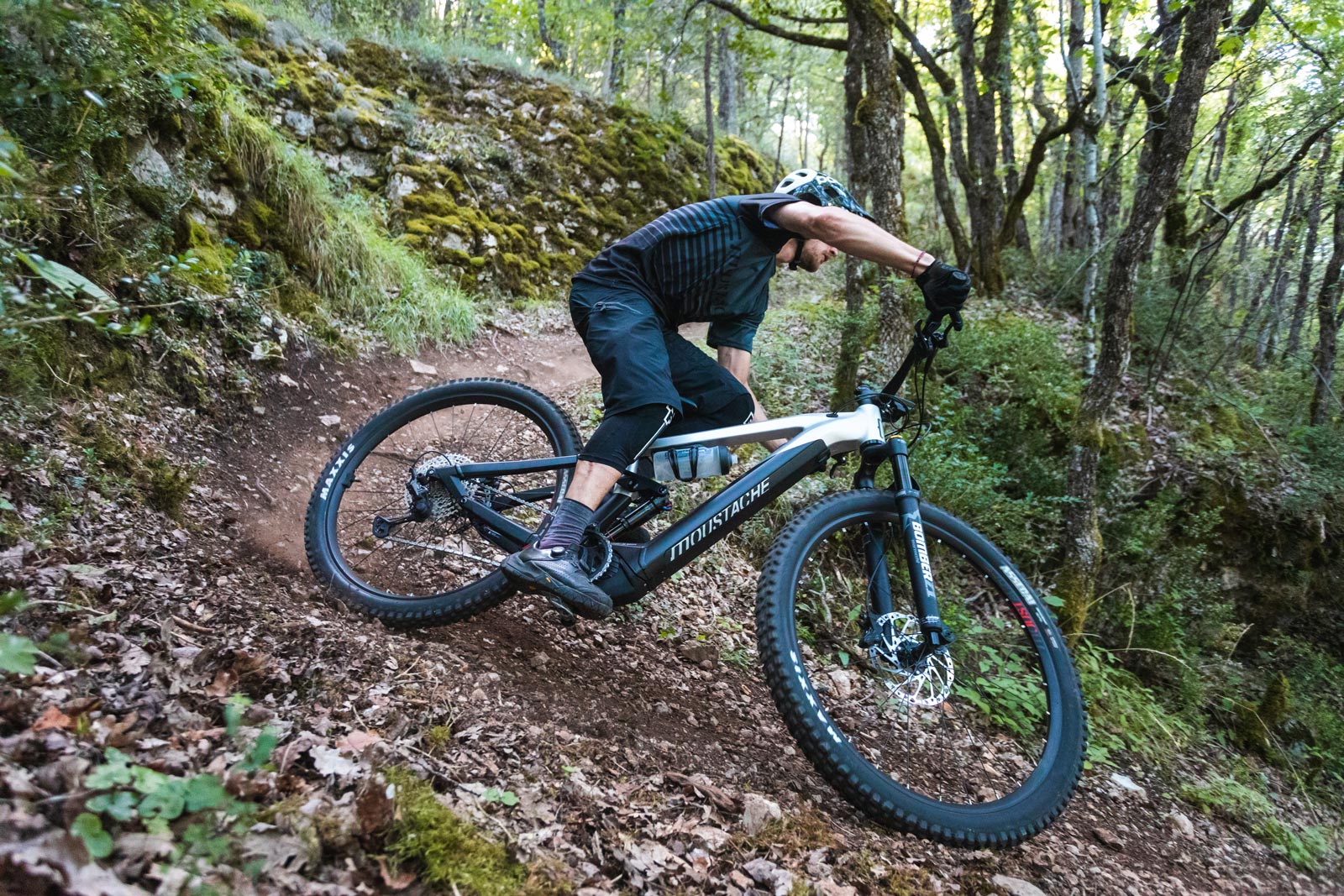 Simon and Florian in R&D at Moustache have worked to ensure that, despite the larger battery, the downtube length remains the same as compared to the 2021 models. For this, they focused their attention on the battery’s locking system, swapping out Bosch’s solution for their own, lower profile solution that shortens the effective battery length by 25mm. At the motor end, a further 20mm of space is saved thanks to Moustache’s own custom, super-compact mounting plates and the radial mounting position they permit.

A bike’s centre of gravity is central to its handling, highlighted on eBikes due to the increased weight associated with the motor and battery, so its easy to see why Moustache went to such lengths to prevent the bigger battery negatively affecting the bike’s centre of gravity. The result is that the 2021 and 2022 Samedi 29 eBikes have the same effective motor-battery footprint, despite one being 20% larger than the other. 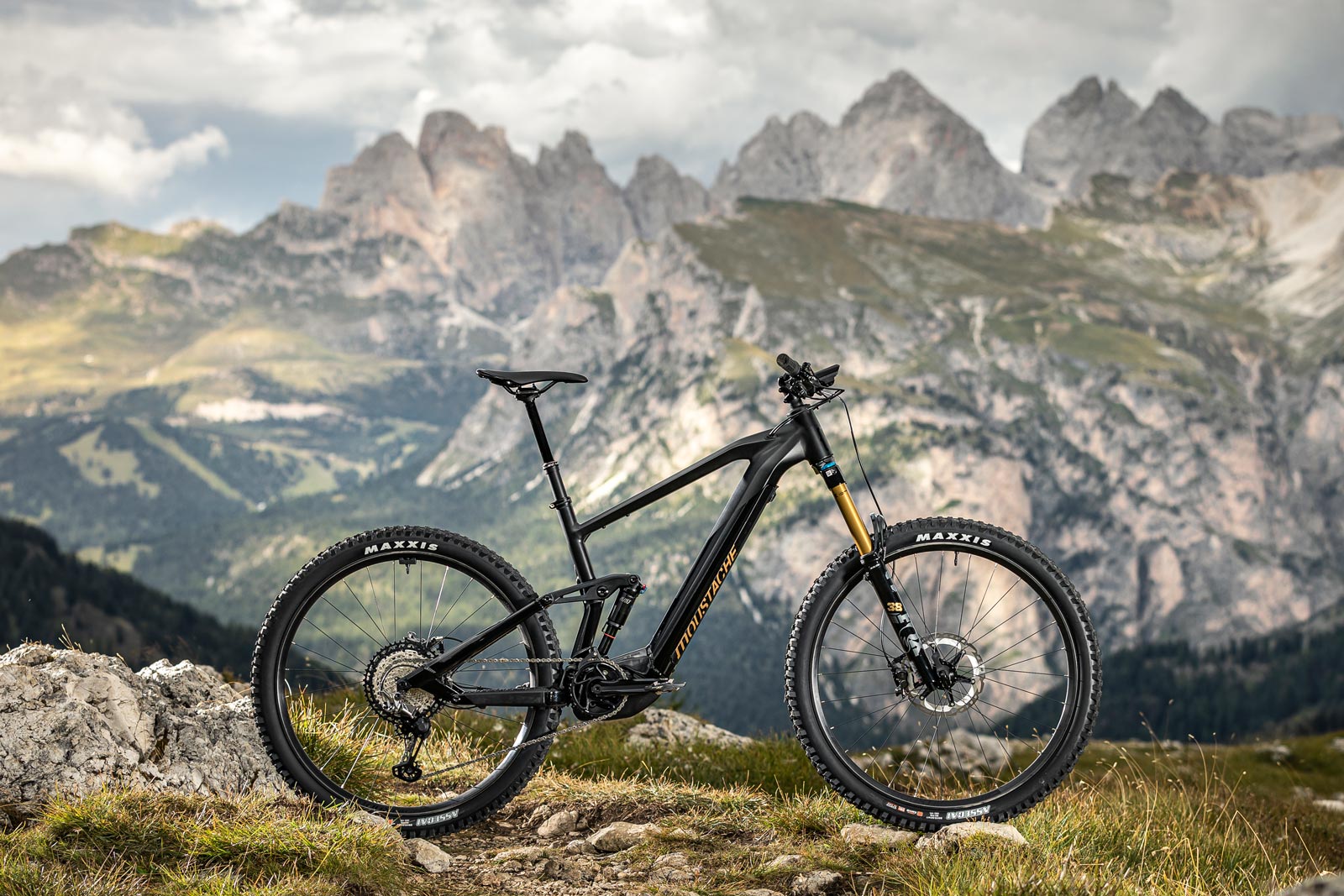 The Moustache Samedi 29 GAME 11. Polished welds of the front triangle give this aluminum frame a carbon-like aesthetic, while also increasing the resistance of those welds to fatigue.

With a bigger battery comes increased weight, but Moustache have at least managed to offset this a little by shaving 150g off the total frame weight with a refined geometry and improved cable routing that sends the gear cable and rear brake hose down the top tube and down the seat tube thereafter. 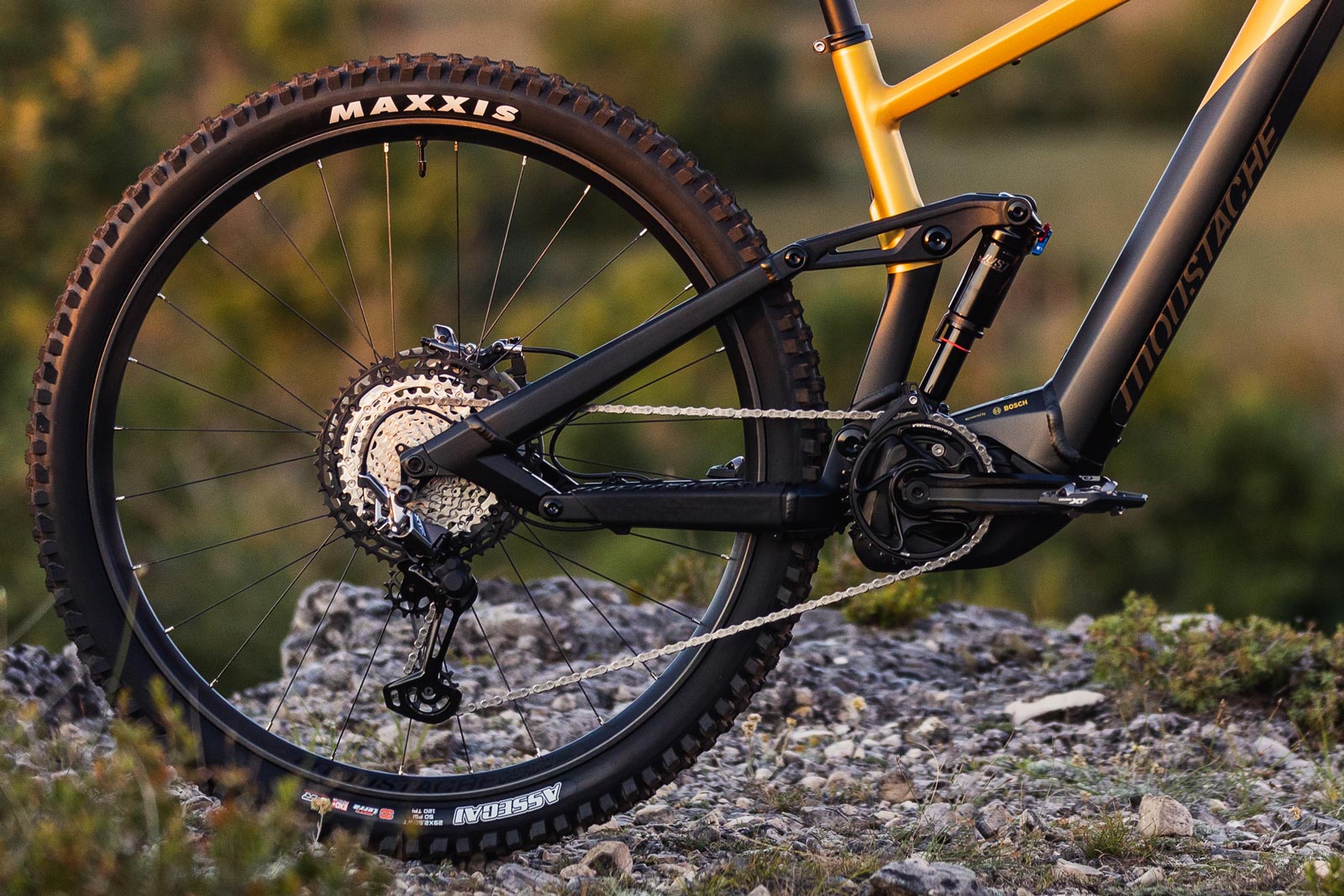 Like the previous TRAIL and GAME models, the 2022 Samedi 29 eMTBs feature Moustache’s proprietary Magic Grip Control shock, designed in-house with a tune specific to their four-bar suspension platform. On this, Moustache say, “The Magic Grip Control offers a reliable and complex technology, that can be adjusted in two clicks! The integrated “SAG” indicator permits easy adjustment to find the optimal setting for your riding. The new fixation system on a floating axle enables a perfect alignment of the shock with the frame, eliminating any unwanted friction. The sensitivity and overall quality of the curve are therefore improved“. 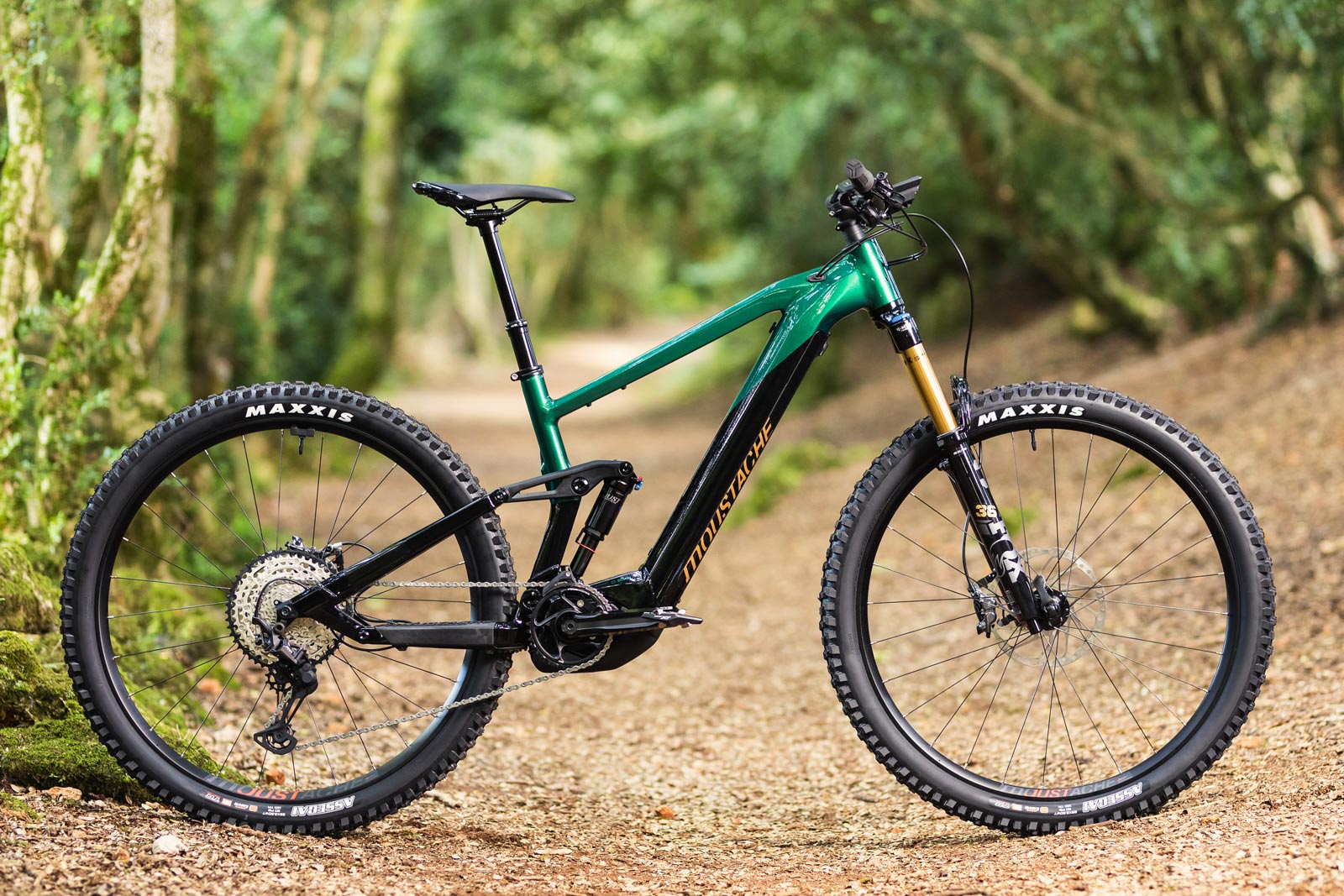 The TRAIL model is the shorter travel eBike of the two, running 150mm of rear wheel travel paired with a 150mm travel fork. Converting the GAME to the TRAIL model isn’t simply a case of switching out the fork and shock; it also gets a 10mm headset shim underneath the headtube to elevate the front end. This brings the difference in ride height between the GAME and the TRAIL to -15mm.

Moustache offer the TRAIL in sizes S-XL, covering seat tube lengths of 390mm up to 490mm for riders from 169 cm tall to 211 cm tall. Across the range, chainstay length is consistent at a healthy 462mm, while reach stretches from 441mm in S up to 512mm in XL. The head tube supports the 150mm fork at a 65.6° head angle, while the seat tube angle is quoted at 76.6°, two degrees steeper than that of the previous model. 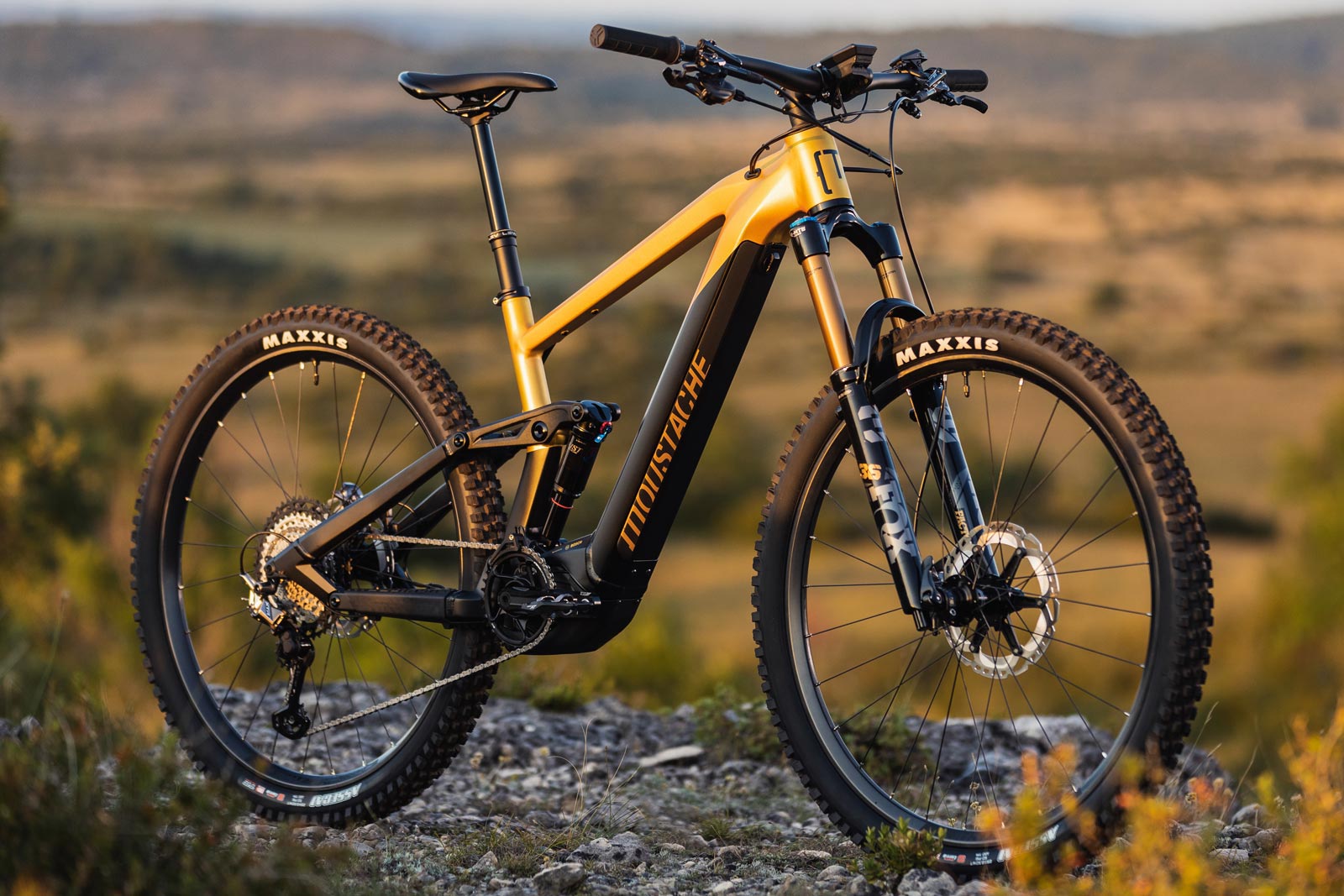 Why didn’t Moustache opt for a flip-chip on the TRAIL? 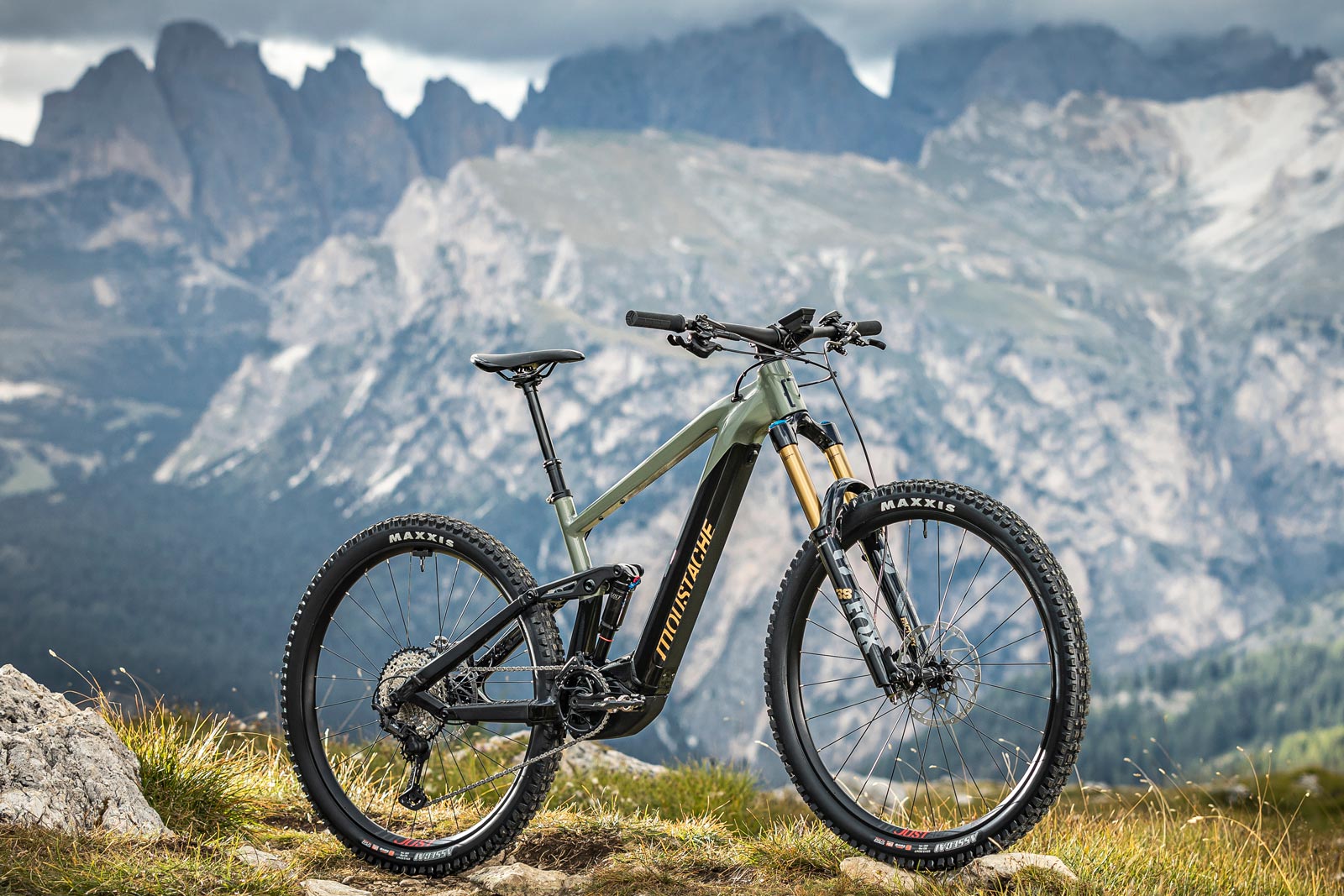 The GAME is the longer-travel Samedi 29, rocking 160mm rear wheel travel paired with a 170mm travel fork. The taller front end gives this eMTB a slacker head tube angle than its shorter-travel sibling, coming in at 65° with the seat tube angle stated as 76°. Reach spans at 433mm to 504mm range, coming in at 481mm on the large.

All 2022 Moustache Samedi 29 TRAIL and GAME eMTBs will be shipping in May 2022, save for the TRAIL 5 Marzocchi and GAME 5 Marzocchi models which aren’t available until Summer.

For full details on pricing and spec lists, head to the Moustache Bikes website.