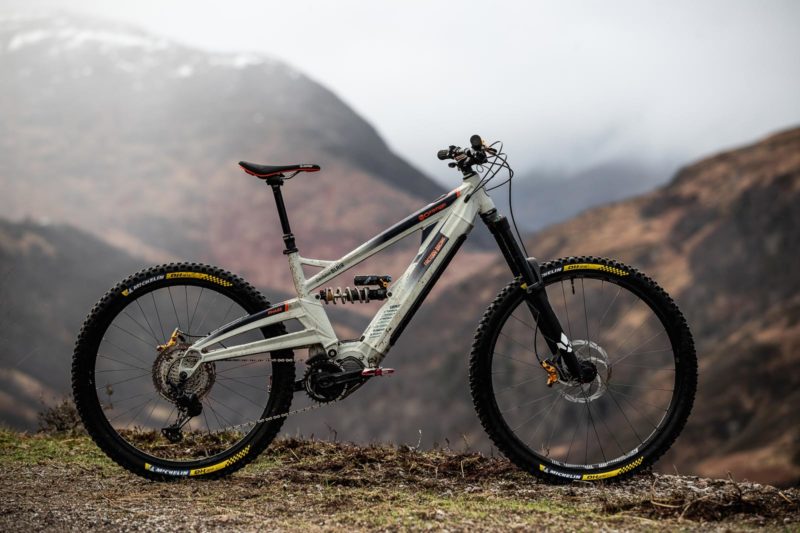 Like the acoustic Switch 6 before it, the Orange Phase MX eMTB has got a Team Edition makeover. The very same build ridden by Lachlan Blair and the rest of the Orange Factory team is now available to Joe Public, including Formula’s top-end suspension, their Cura 4 brakes, the E13 LG1 EN Plus E-Spec wheelset, a Michelin DH 22/34 pairing, and a bling Burgtec finishing kit. 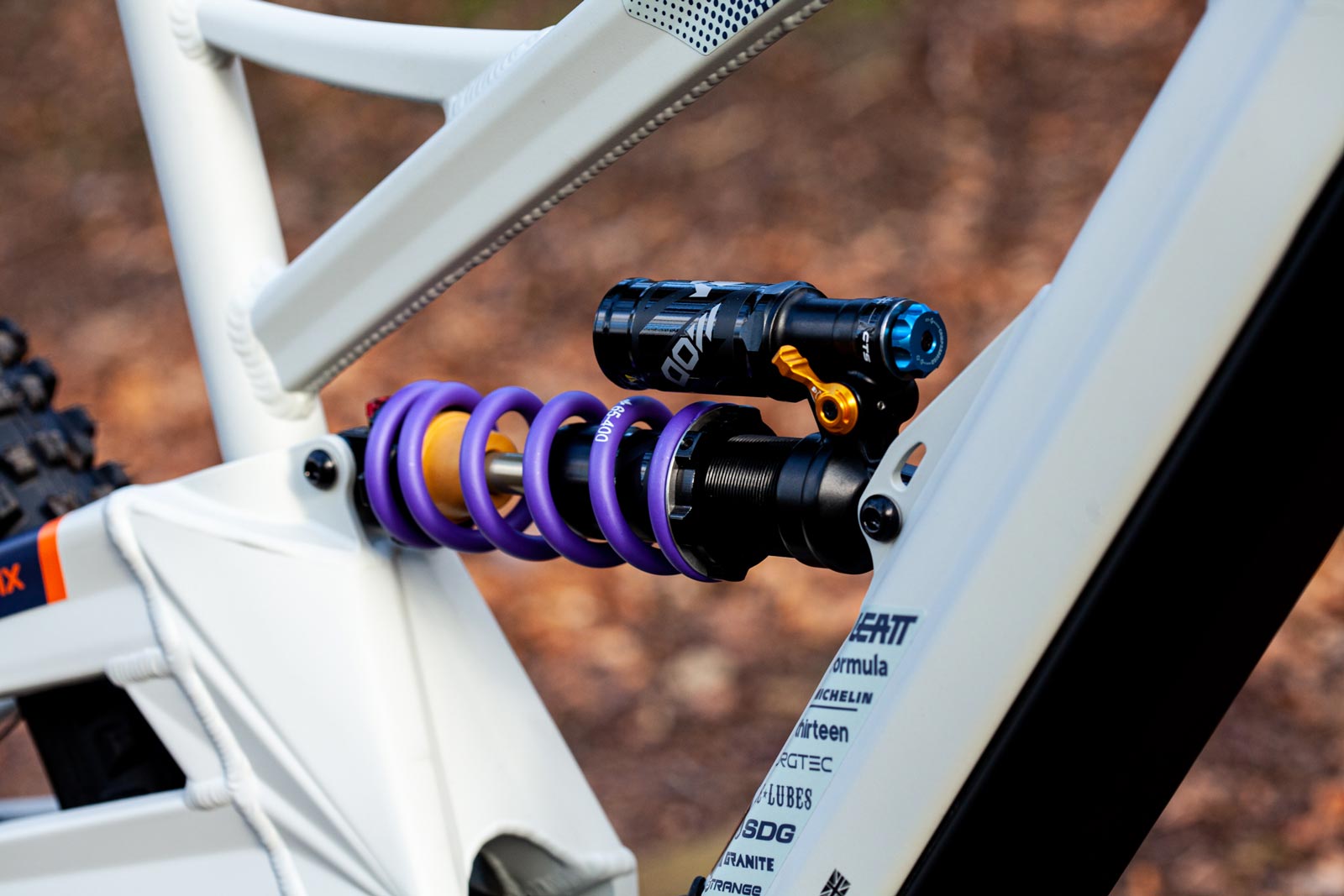 While the travel is increased slightly for 2022 (now 170mm front and 165mm rear) the Phase MX geometry remains largely unchanged, save for a slight increase in reach. That grows by around 4-5mm across the M-XL size range, now measuring up at 483mm on the large. The head angle sits at 64° while the seat tube angle is 76°. The BB sits at a height of 343mm and the chainstays come in at 439mm. That’s pretty short for an Orange, especially when you consider that the stays on their latest non-eBike measure up at a whopping 467mm. I’m comparing metaphorical apples with Oranges for sure, but just had to mention it as I’m still kind of reeling. 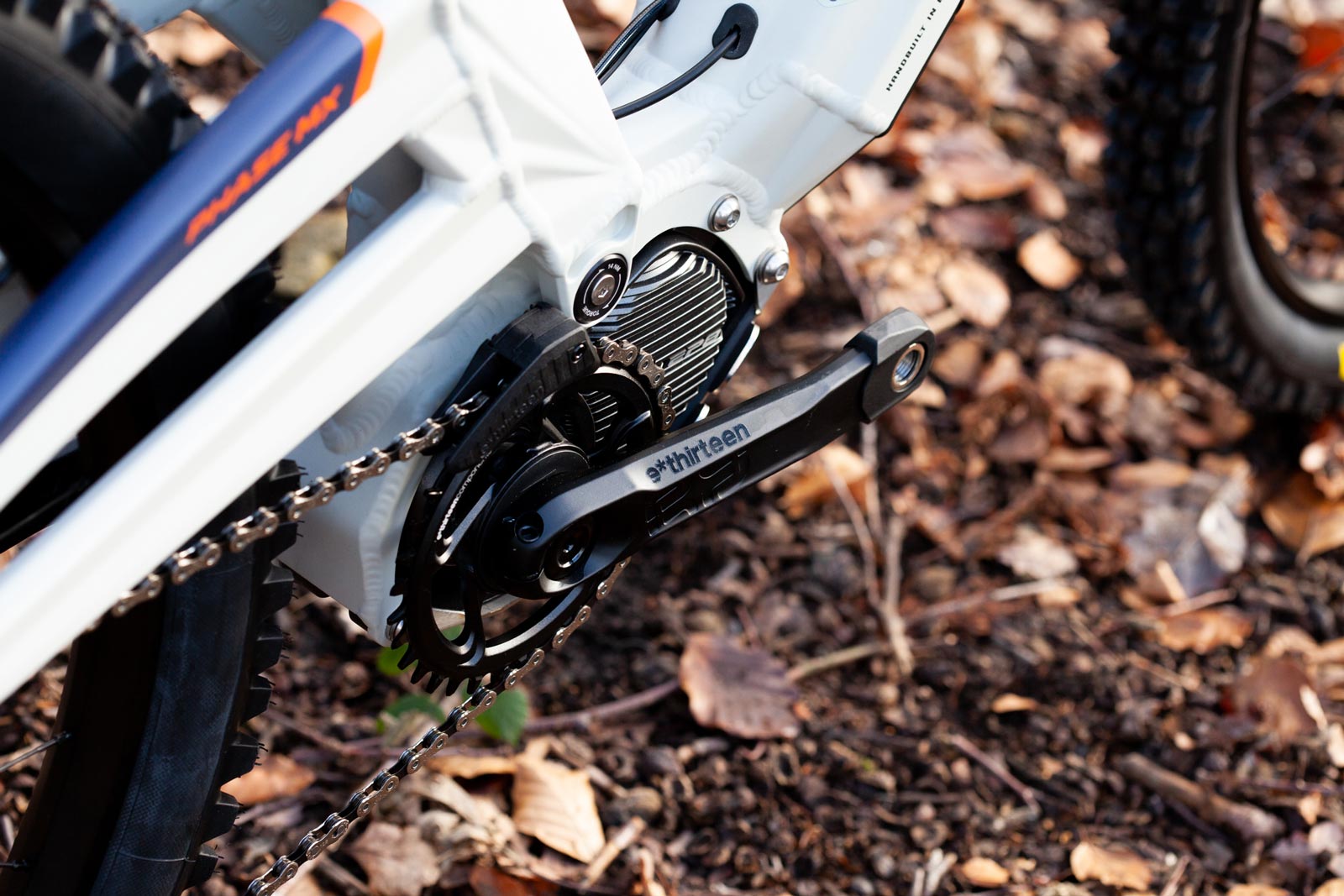 Moving on. The 2022 Phase MX Team gets a Shimano EP8 motor with the speed sensor relocated to the rear wheel’s disc rotor. Fans of the Phase MX will note that the motor has been slightly relocated for better integration with the downtube. Tucked away in there is the bike’s 630 Wh battery, removable with a 4mm Allen key for charging. The drivetrain is a mix of E13 and Shimano components, with an XT derailleur secured via a SRAM UDH (a great step forward, in our opinion). 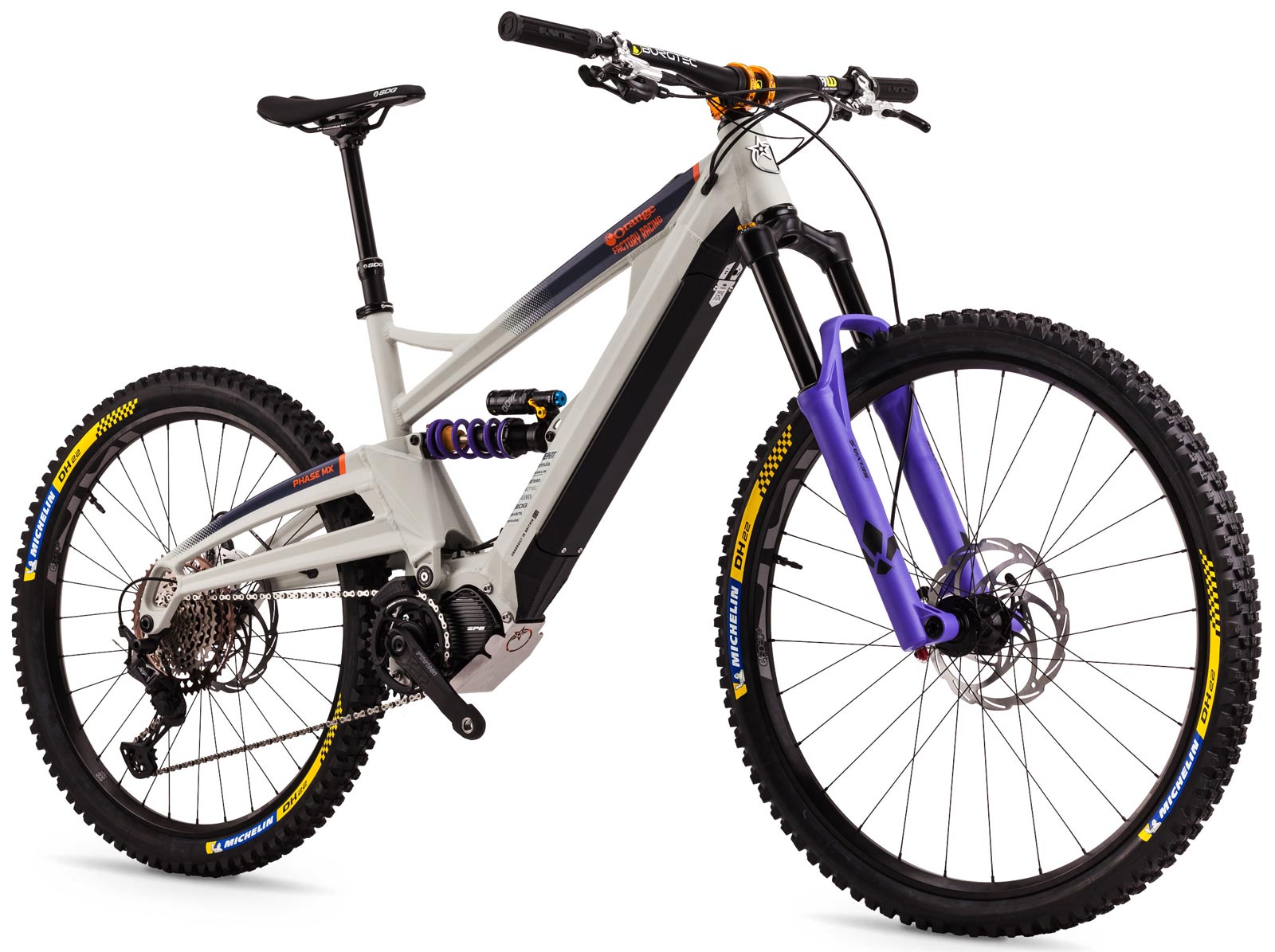 Not just the parts list, the 6061-T6 Monocoque aluminum frameset itself (formed in the UK) sees some small but notable changes too. On top of the tweaks to the front triangle, the 148mm spacing rear swing arm construction has seen some strengthening modifications as well. With the new metric rear shock (230mm x 65mm) in the form of the MOD Coil, and the subsequent increase in travel from 160 to 165mm, Orange saw fit to increase the amount of progression substantially. They have also tweaked the kinematic to reduce the bike’s anti-squat value and decrease the amount of pedal kickback in the system. 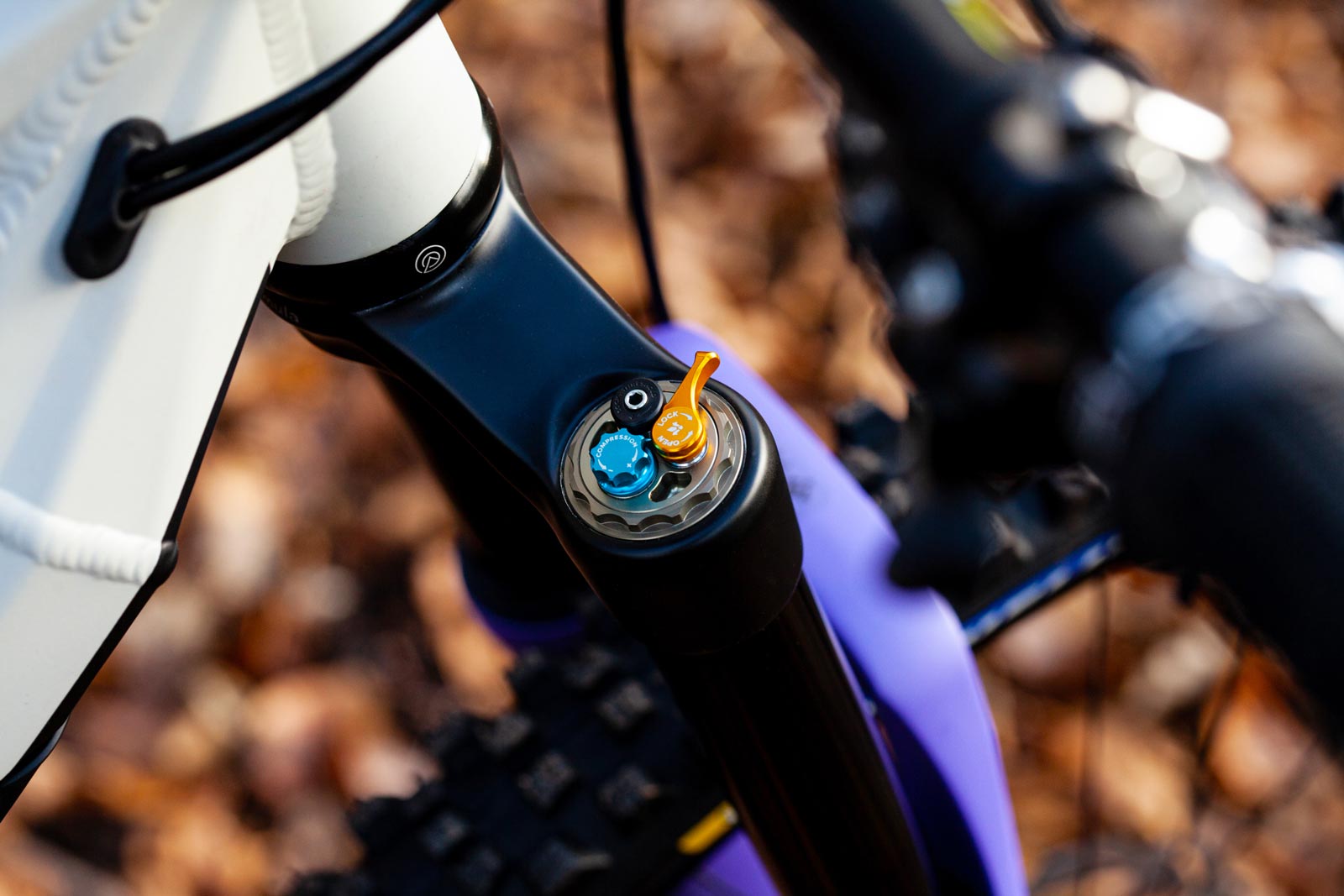 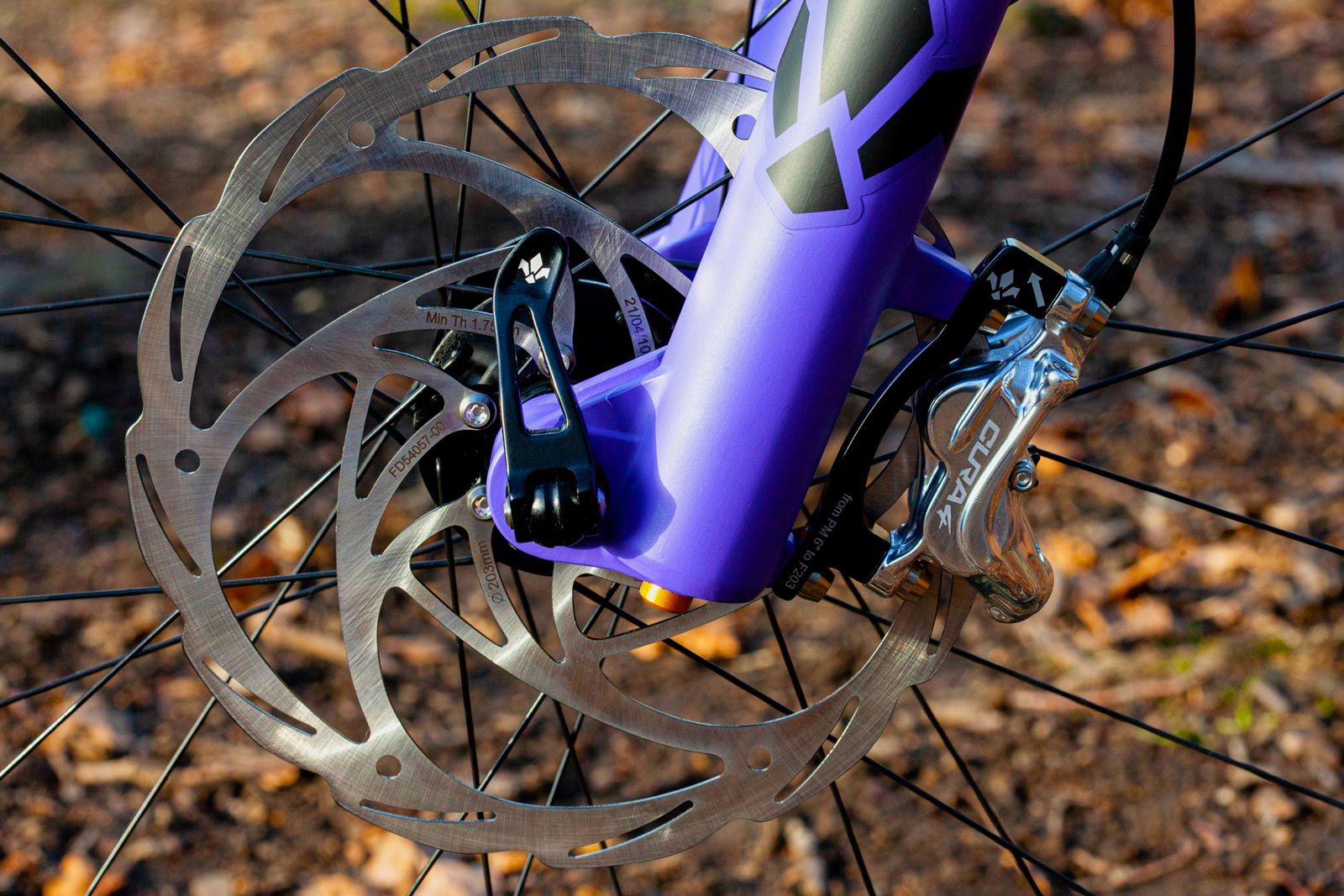 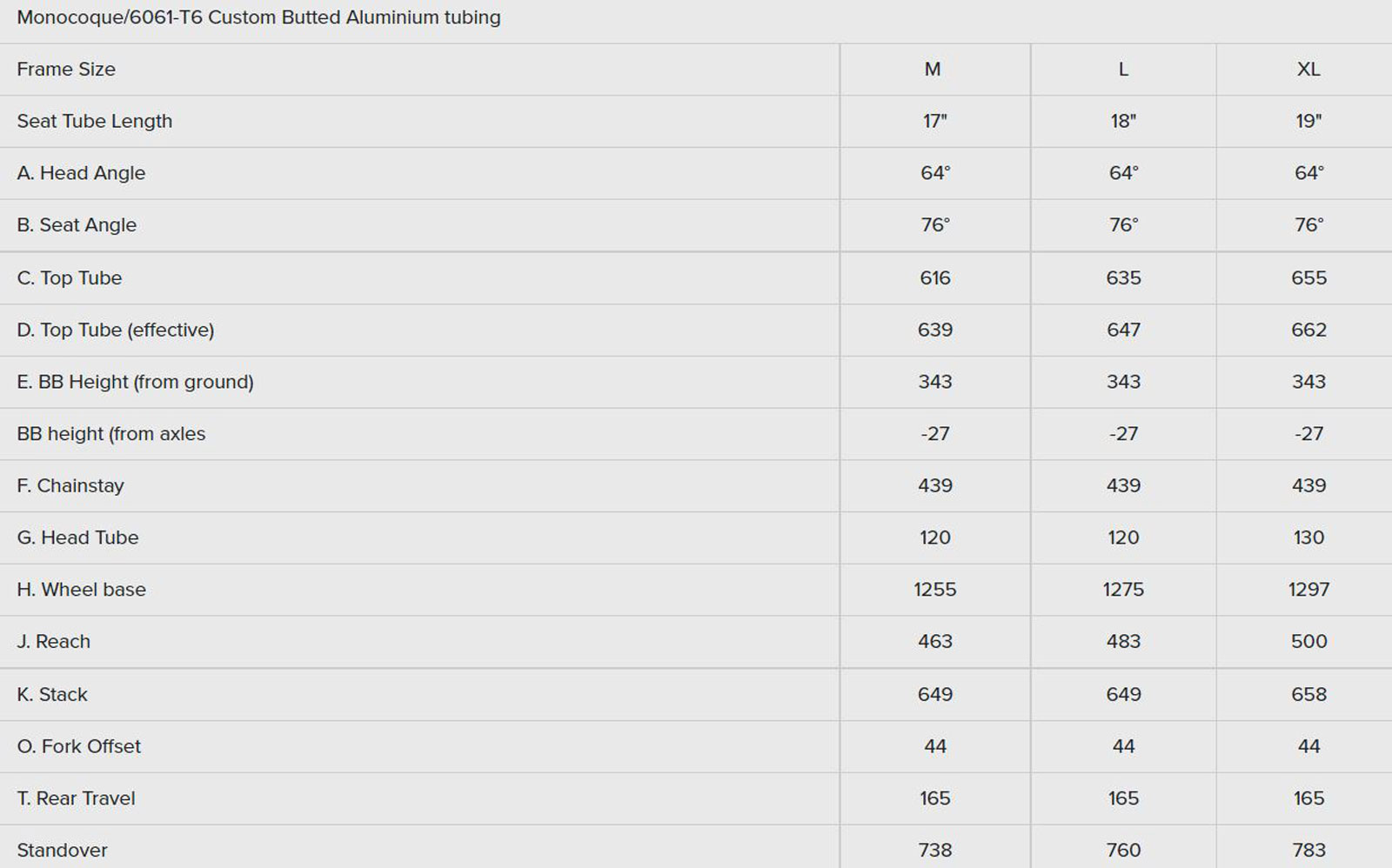 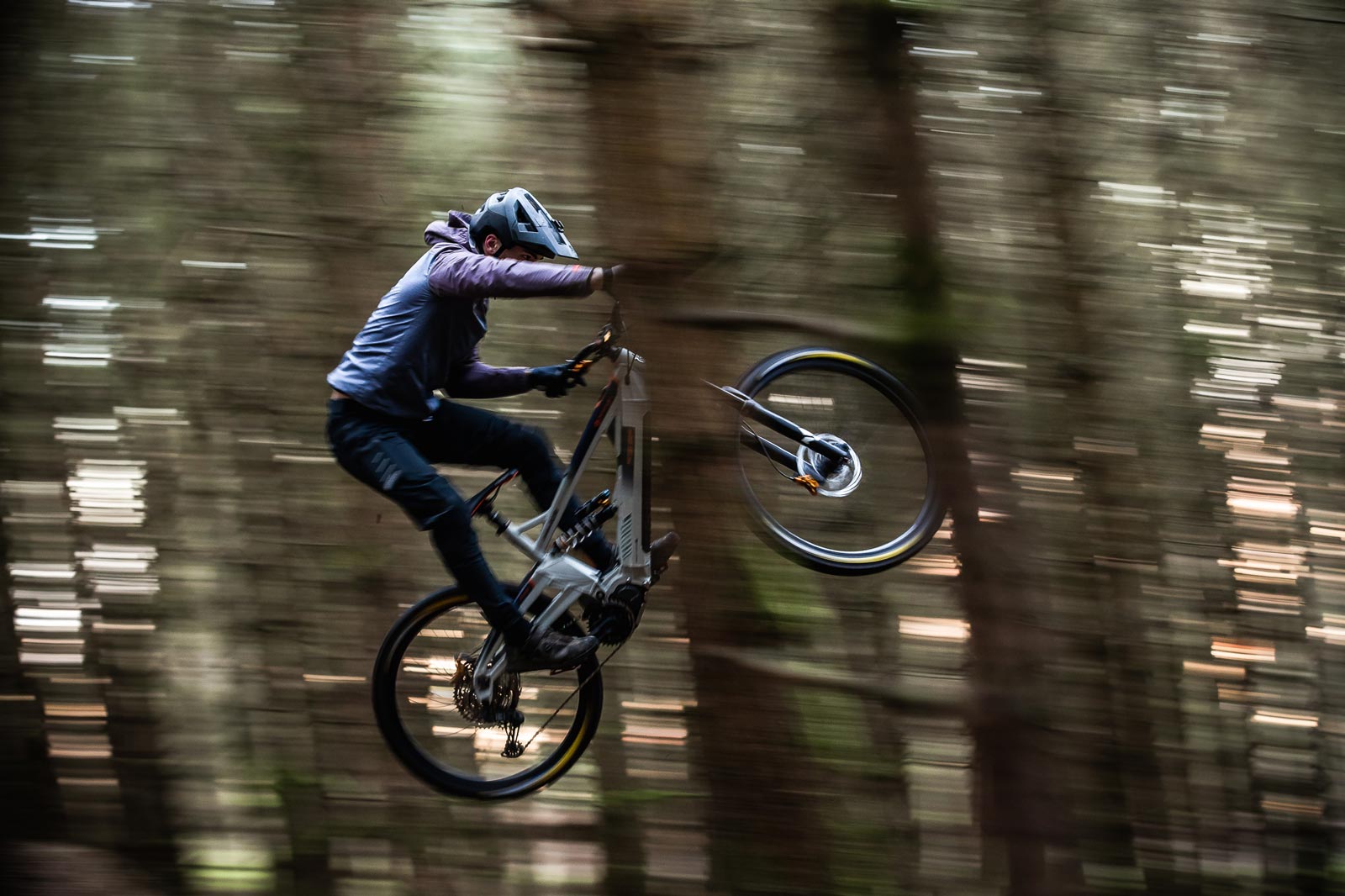