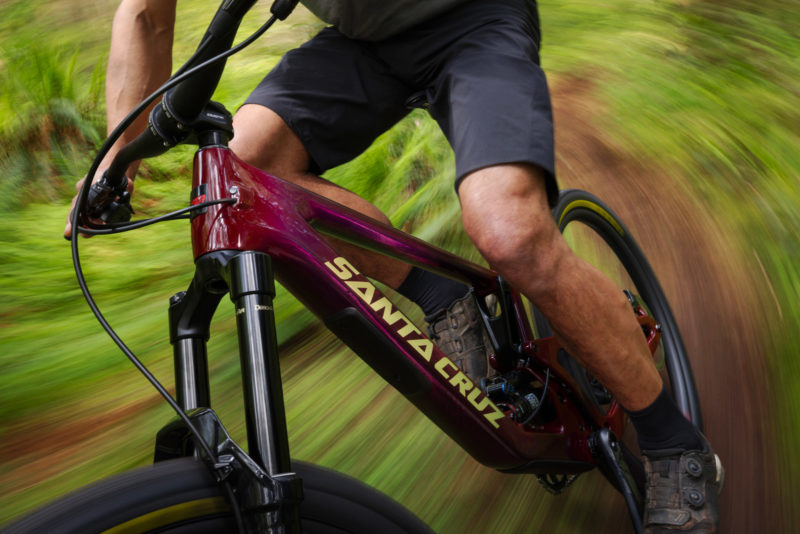 Santa Cruz Bicycles has released the Hightower 3, modernizing the geometry and kinematic of its 145mm travel mountain bike. Still running the very familiar VPP layout we’ve come to expect from Santa Cruz, the tweaked leverage curve is said to offer more supportive rear wheel travel, allowing for a lower bottom bracket height, and a slacker, longer bike overall. Like the recently released Megatower, this one too gets a Glovebox, an integrated storage solution tucked inside the downtube, complete with Tool Wallet and Tube Purse. Here’s all we know so far about the 2022 Santa Cruz Hightower. 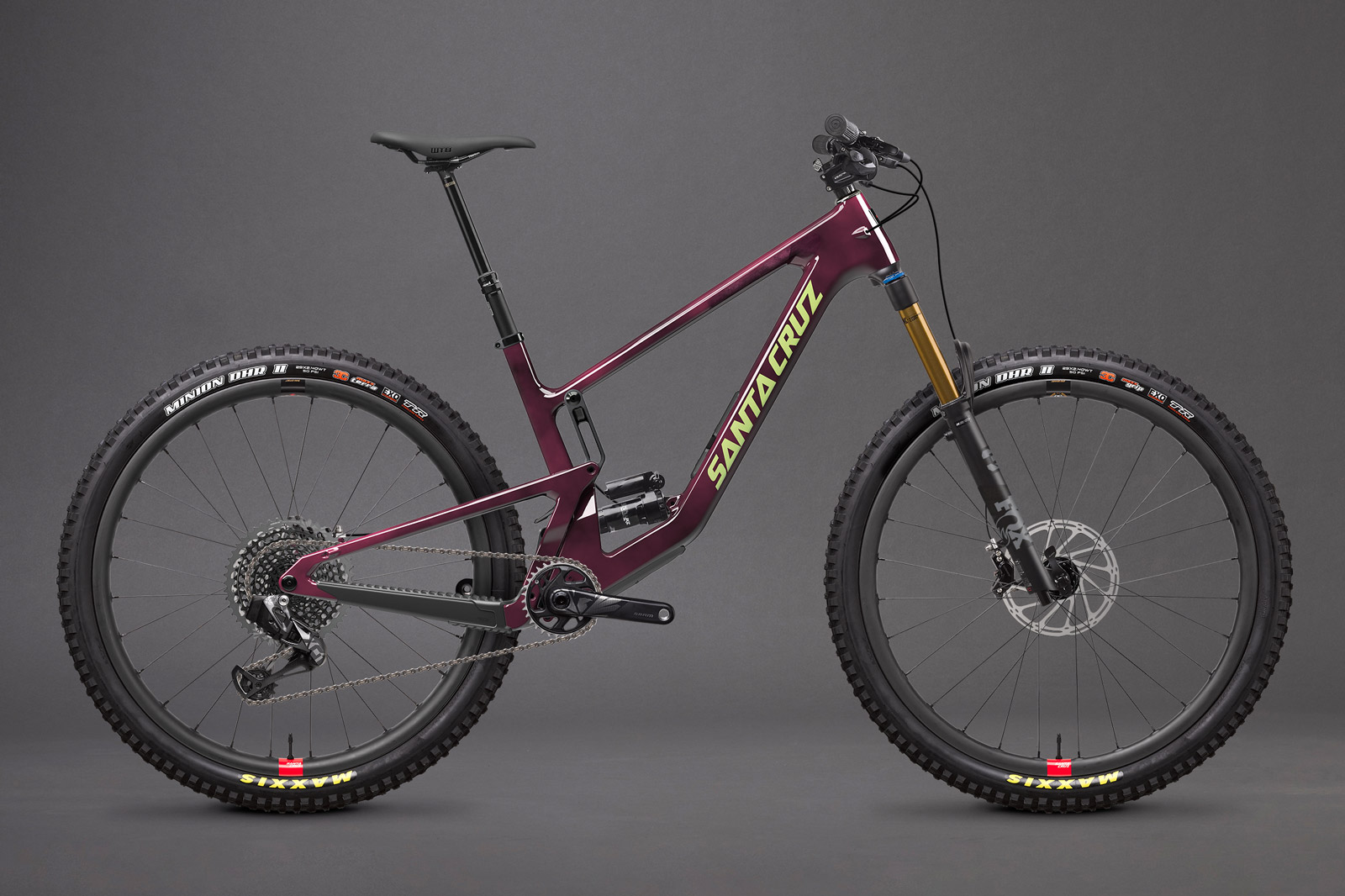 The Santa Cruz Hightower has entered its 3rd generation. A new geometry and kinematic is on the menu, with size-specific chainstays offered across the S-XXL size range in a bid to deliver the same balanced geometry to each rider, no matter how tall they may be. Skirting around assigning a category, Santa Cruz say the Hightower is for mountain biking. Period. 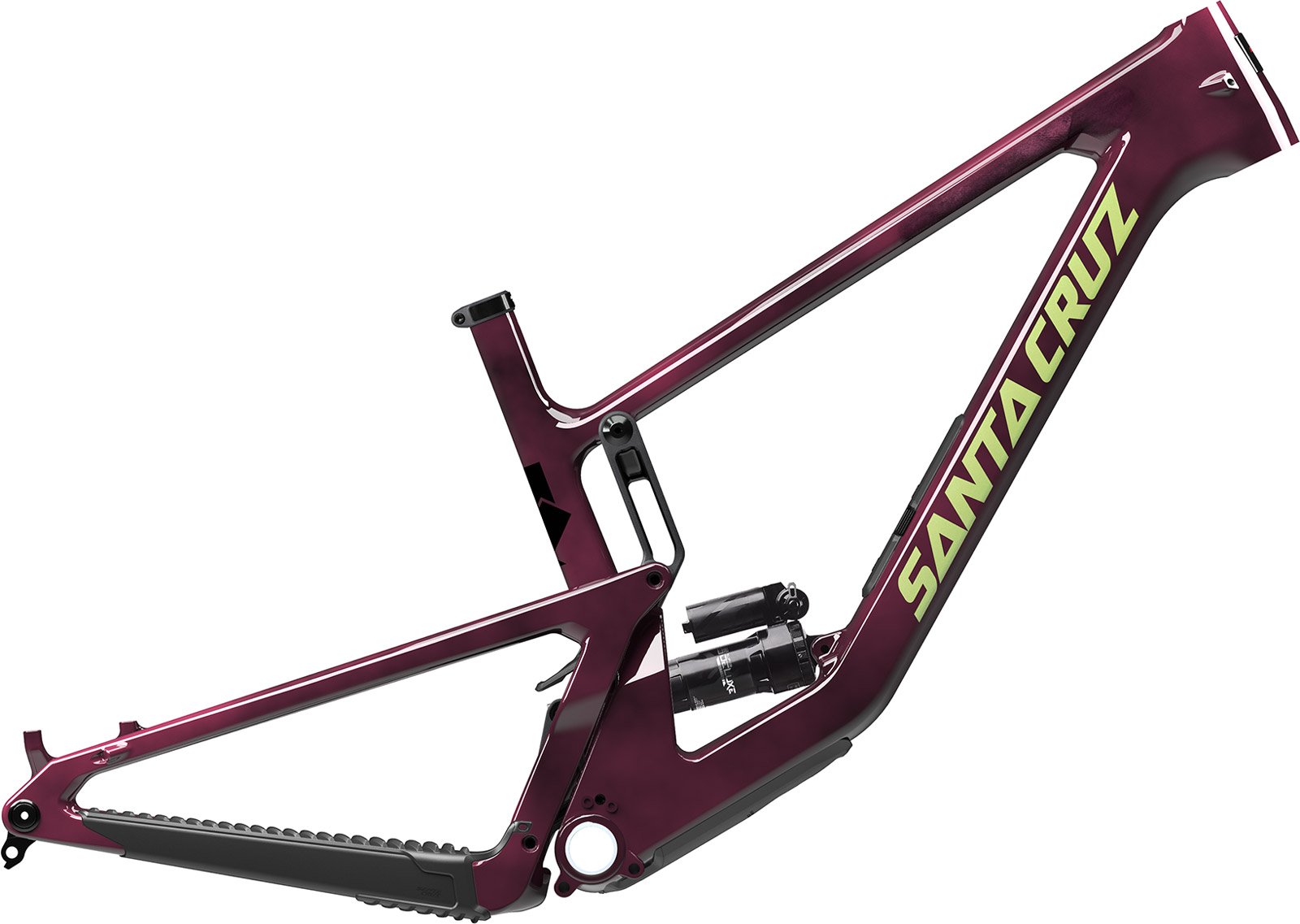 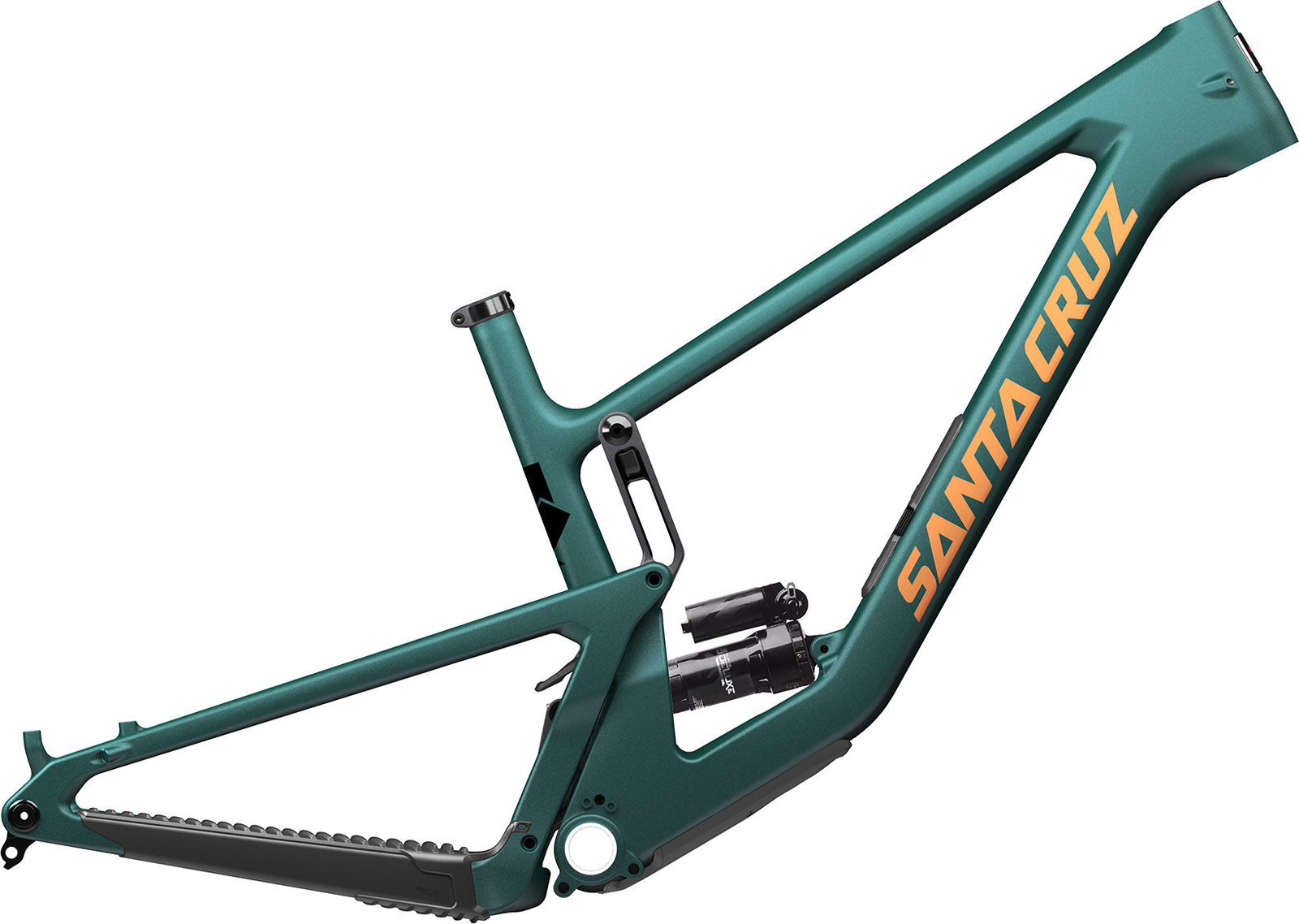 Internal cable routing is seen throughout, with tube-in-tube routing for easy maintenance

For the Hightower at least, the proportional approach to geometry and sizing is a new concept. While the Hightower 2 of model years 2019-2021 offered a longer 440mm rear-center length (RC) for the XXL only, sizes S-XL saw the very same 434mm RC despite the reach figure spanning a 425mm to 490mm range. The Hightower 3, like the new Megatower, takes a more comprehensive approach to proportionality, with each frame size sporting a different rear-center length. For the large frame, this is 437mm; that’s 5mm longer than its Hightower 2 equivalent.

The front-center goes longer too, resulting in a bike that is 14mm longer in the wheelbase than its predecessor (1245mm in size large). The slacker head angle and longer reach measurements are partly responsible for the growth. While the Hightower 2 had a head angle of 65.2°, the Hightower 3 goes to 64.8°. Both angles pertain to geometry exhibited in the LO position. 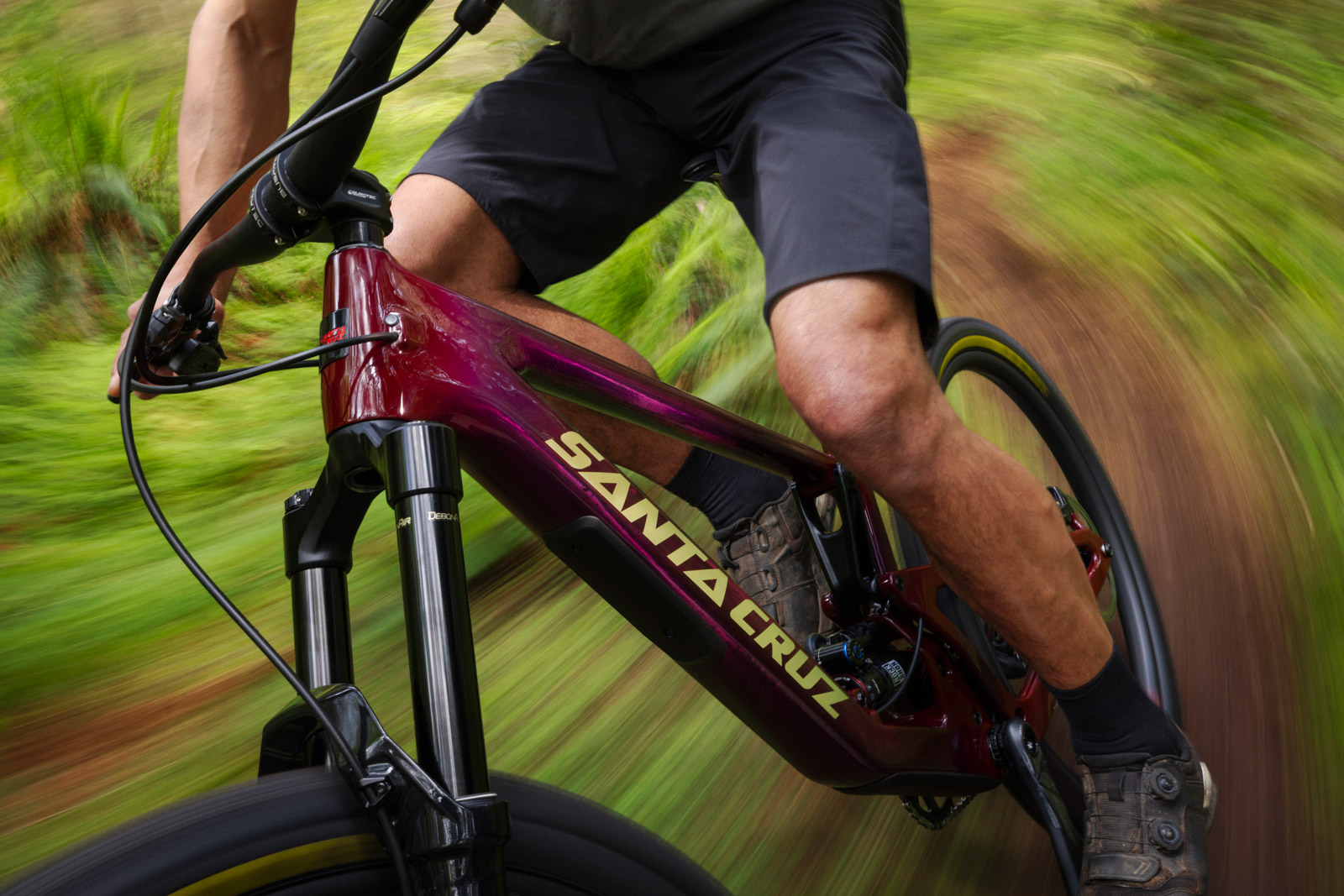 A flip-chip at the lower shock mount permits two possible geometry configurations; the LO position puts the BB height at 338mm, while the HI position raises it to 342mm. This impacts the seat tube angle as well as the head angle, steepening it too, as well as lengthening the reach by 3mm. In the LO position, reach stretches from 427mm on the small, up to 517mm on the XXL. Reach on the large frame is 472mm (only 2mm longer than the predecessor).

With the updated geometry comes a new kinematic, too, delivered by Santa Cruz’s unmistakable VPP linkage. The leverage curve is slightly straighter than that of the previous Hightower, with added progression towards the end of the travel. This is said to provide improved bottom-out resistance with more consistent damping and support. All complete bikes are to be sold with air shocks; we are waiting to hear back from Santa Cruz about coil shock compatibility. 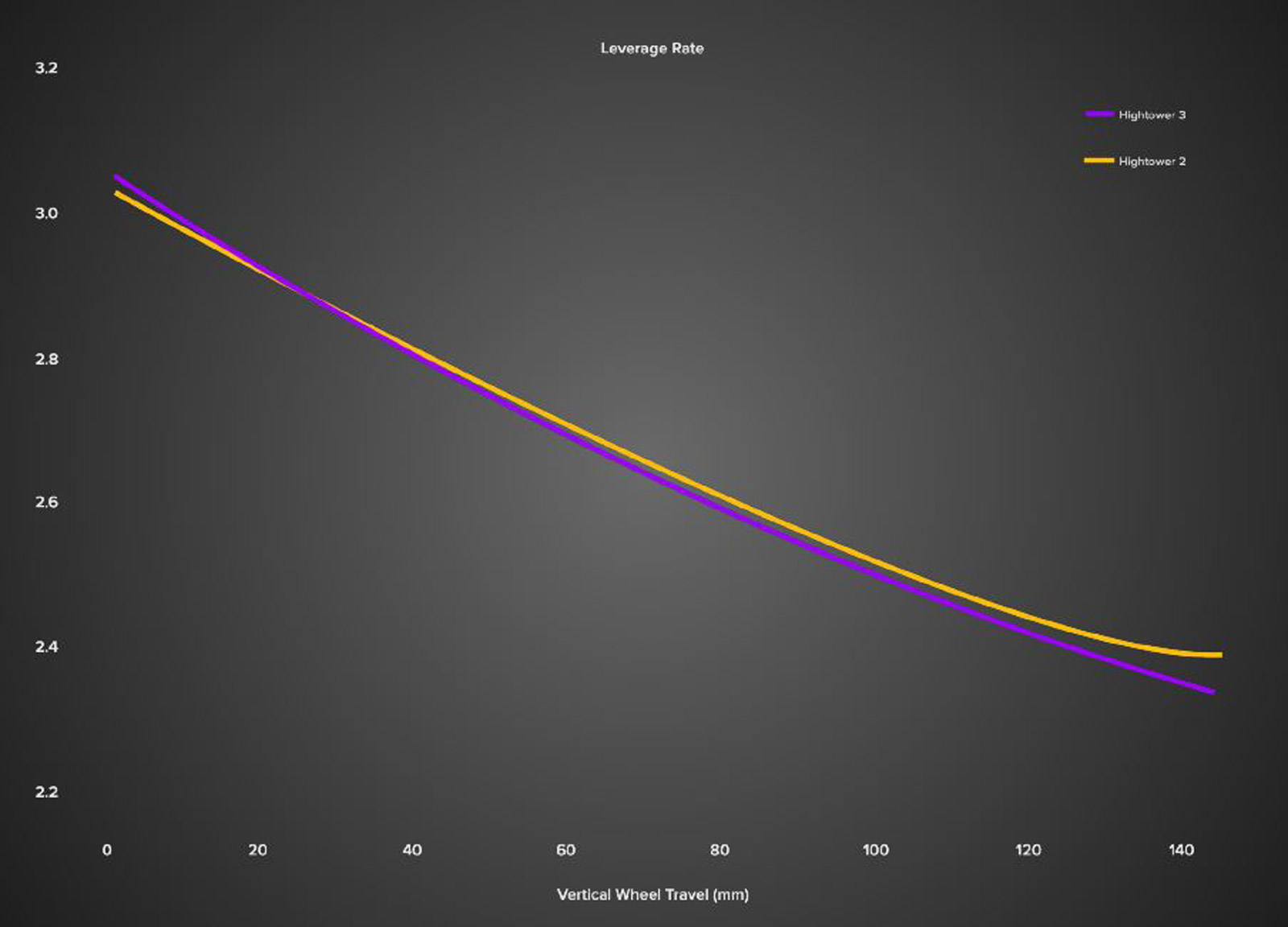 We also have more information on the kinematic in the form of the following anti-squat graph. In the absence of information on the assumed Center of Gravity Height (CoG), frame size and gear selection these numbers pertain to, we can’t spend too much time interpreting it. However, it is clear that the bike’s anti-squat character has been tweaked in comparison to that of the Hightower 2, only dropping below 100% at around 120mm into the travel. 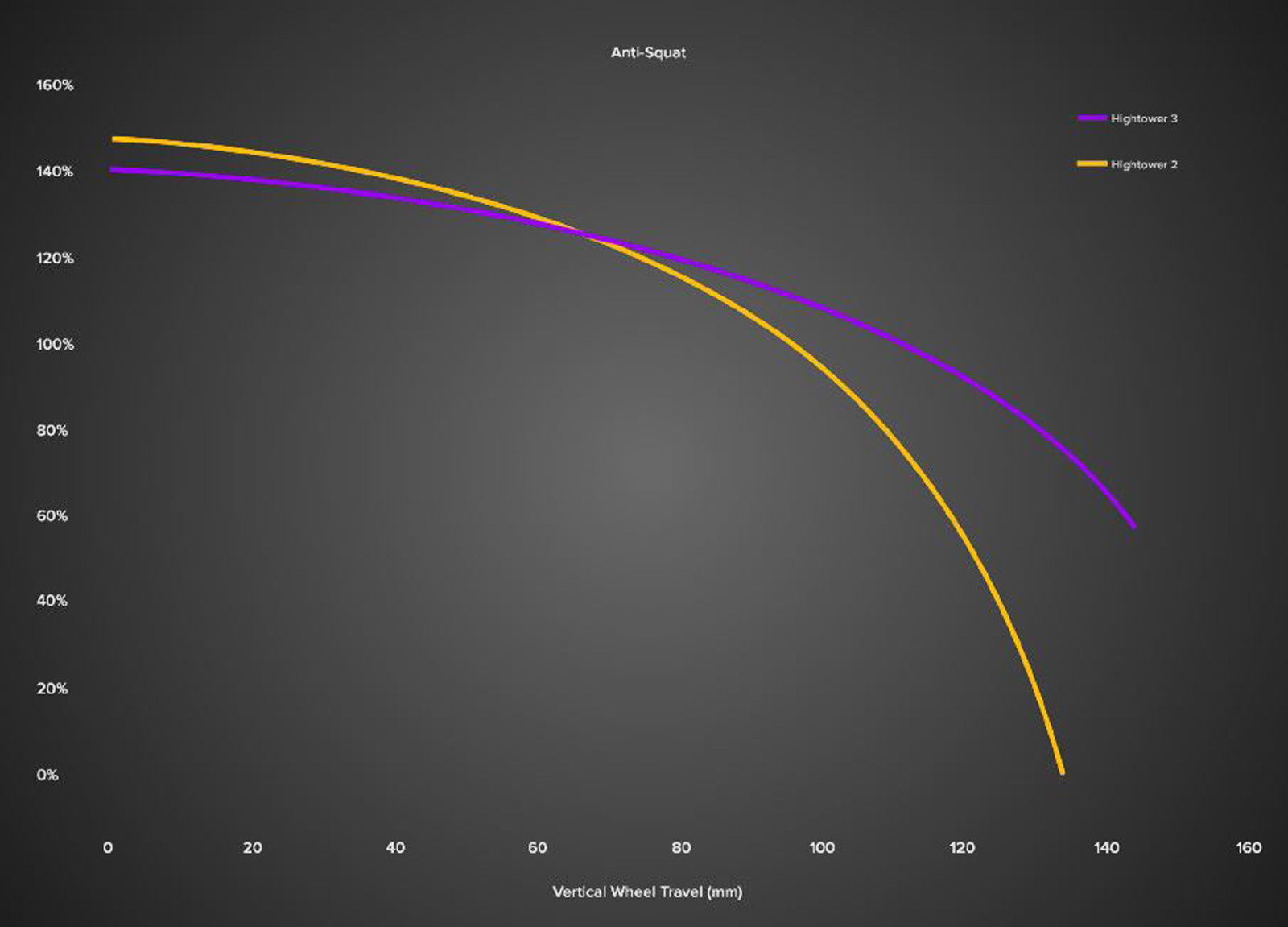 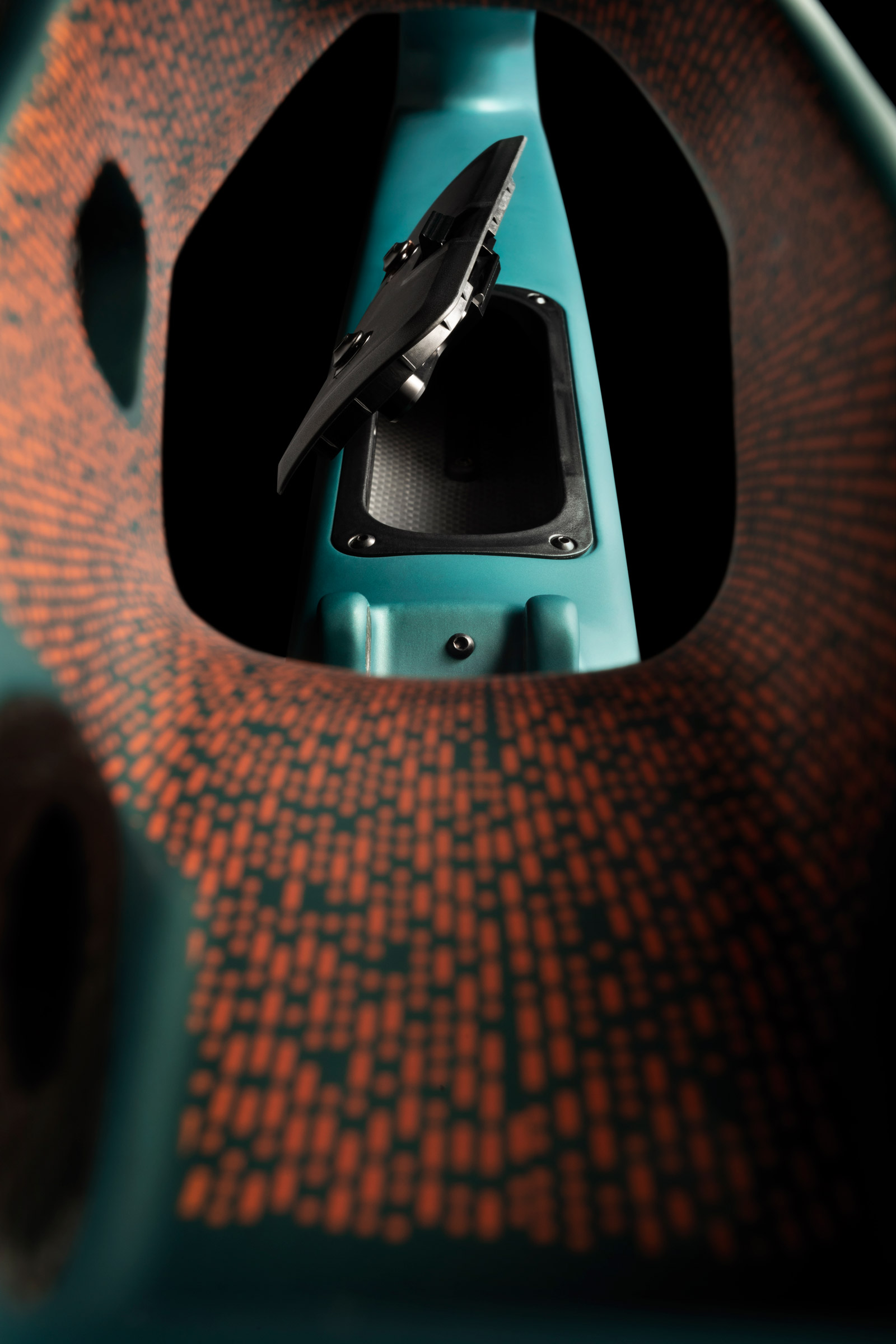 Like the new Megatower, the Hightower 3 boasts neatly-integrated downtube storage in the form of a Glovebox. Releasing the door reveals a cavity in which a Tool Wallet and Tube Purse can be found. This should make it impossible to forget important bits for trail-side repairs, while also providing storage for emergency snacks or a spare pair of gloves. I’m a fan, and hope the frame storage trend will continue far into the future. 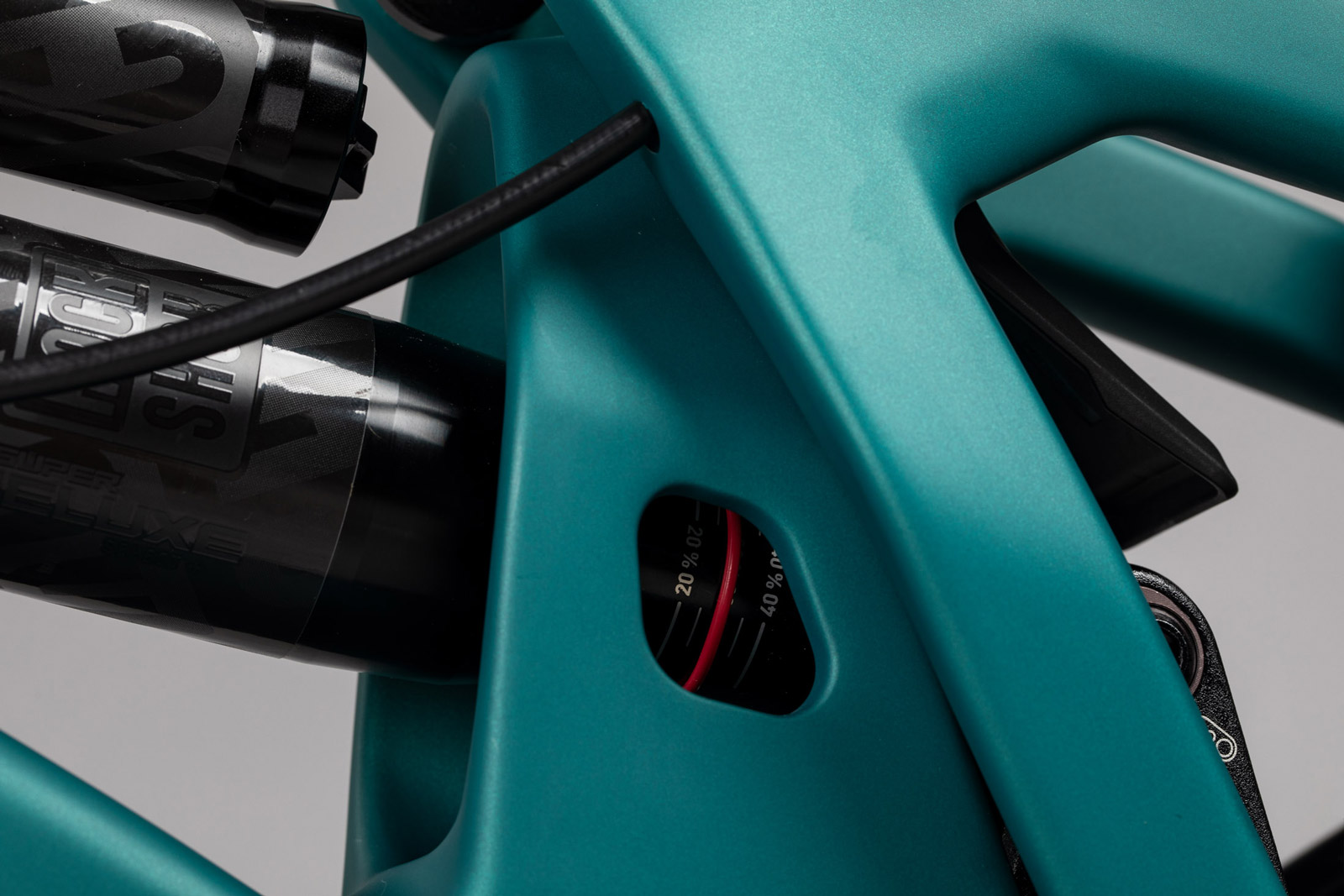 New for 2022 is the addition of a “sag setup window” on the non-drive side of the frame’s shock tunnel. This simply provides a viewing portal to the sag indicators on the shock’s shaft, helping riders to see how much sag they are running, and how much travel they are using at the bottom of descents. The shaft has always been visible on other Santa Cruz frames, but had to be viewed from a really tight angle, making it difficult to see exactly where the O-ring is sitting.

Other important frame details to note are as follows: 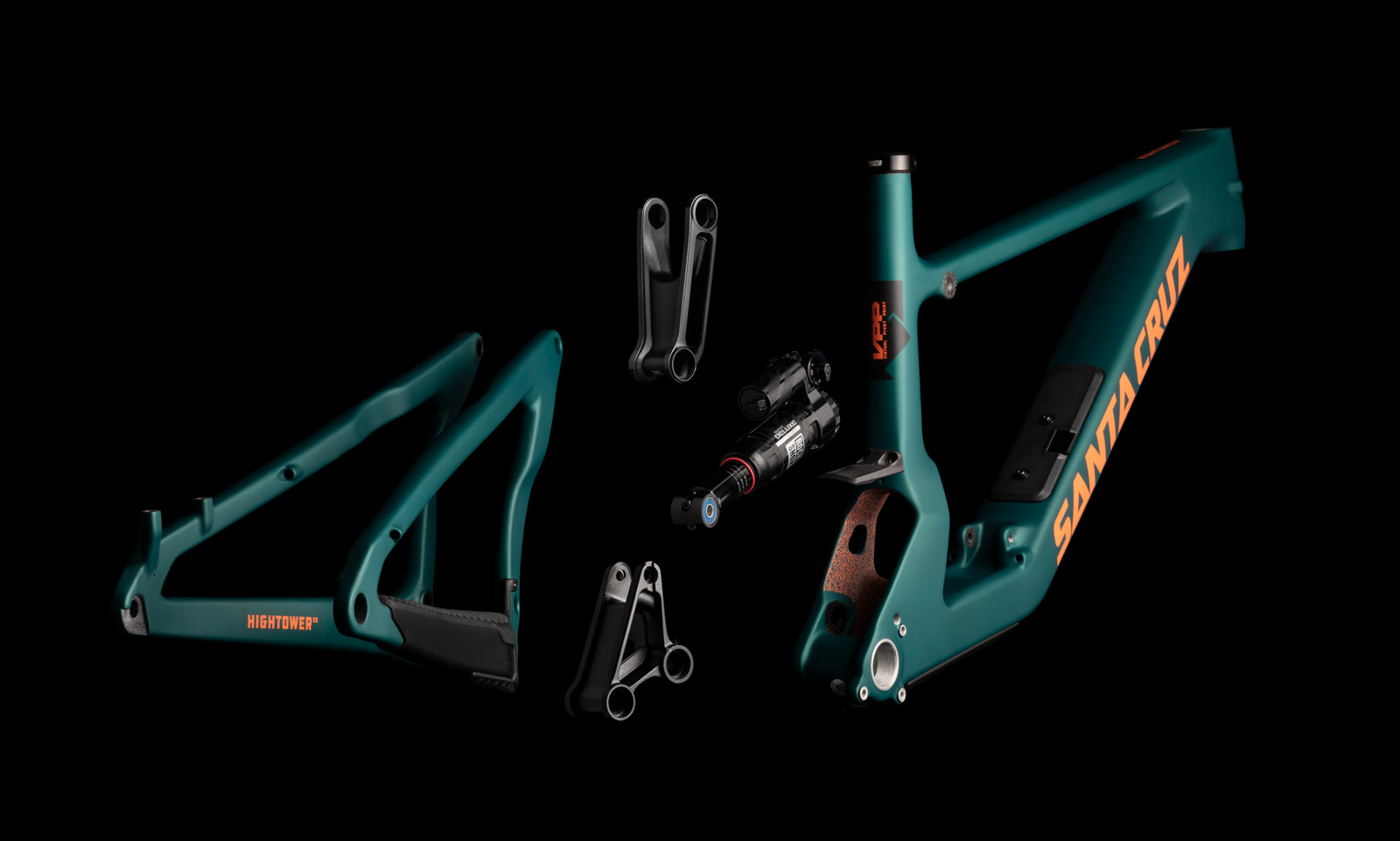 The rear shock pivots on cartridge bearings, as opposed to bushings, at the point where it is driven by the clockwise-rotating lower link. Photo: Grant Robinson.

As with all Santa Cruz and Juliana frames, pivot bearings, and Reserve carbon rims, the 2022 Hightower is sold with a lifetime warranty.

Pricing and specs for the 2022 Santa Cruz Hightower are as follows. We are still awaiting specific availability dates, as well as pricing information on the aluminum models. Hang tight.

Not a single Shimano drivetrain option?!?! Come on J.K. Where is the love. XT should be a staple on every frame.