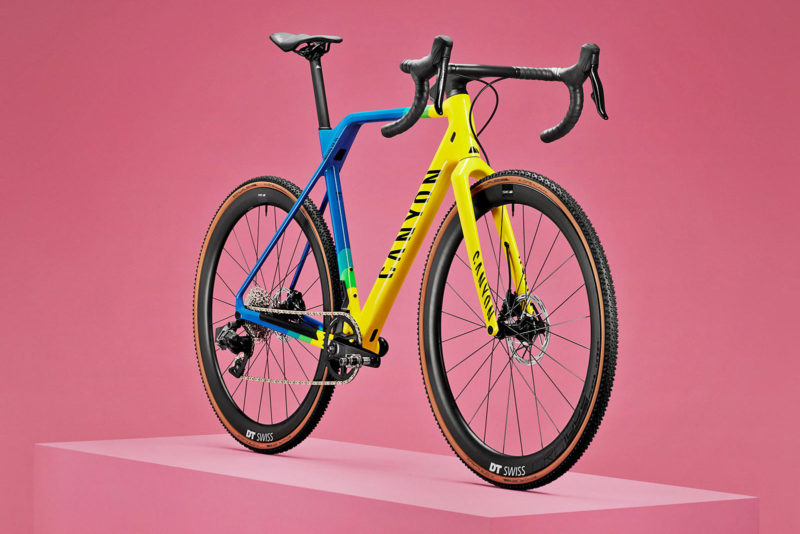 Actually, cross is already here, so if you need to quickly fill out your CX fleet for the upcoming races in Europe pick yourself up some of the latest 2023 Canyon Inflite cyclocross bike builds. Winter is coming, but cyclocross race season is already upon us. Canyon is ready with two different levels of carbon frame spec and a total of four bike builds. The only hitch is that US buyers won’t get new 2023 spec bikes in time for this race season… 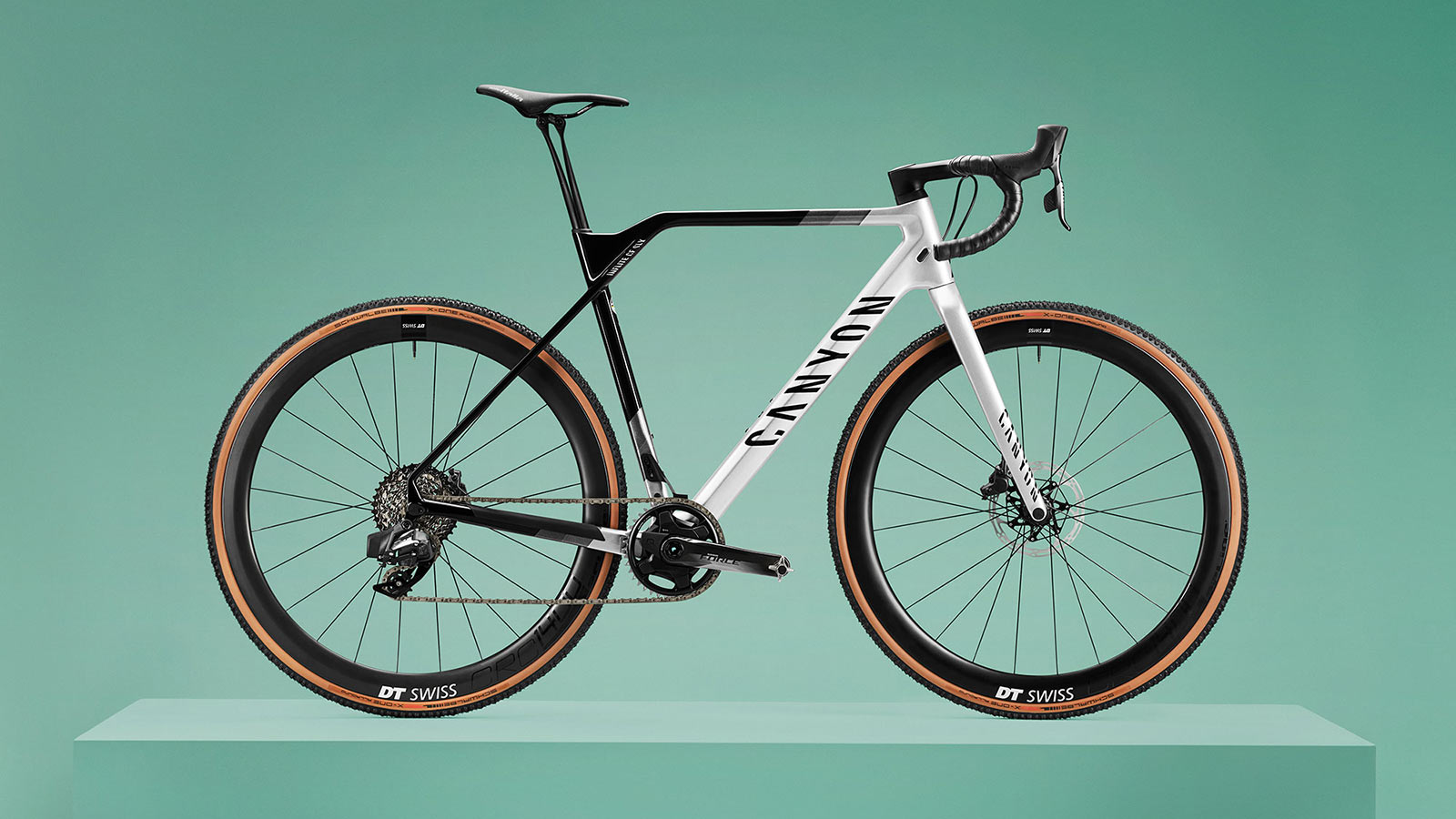 The kinky carbon Canyon cross bike hasn’t really changed since its debut several years ago, but the Inflite remains a prominent fixture on women’s & men’s World Cup and World Championship podiums under the likes of riders like Ceylin del Carmen Alvarado and Mathieu van der Poel.

Plus, it remains a solid value performer with even lower pricing than ever for its entry carbon bike spec, and it’s offered in a super-wide 8-size range (3XS-2XL) to really fit every racer. 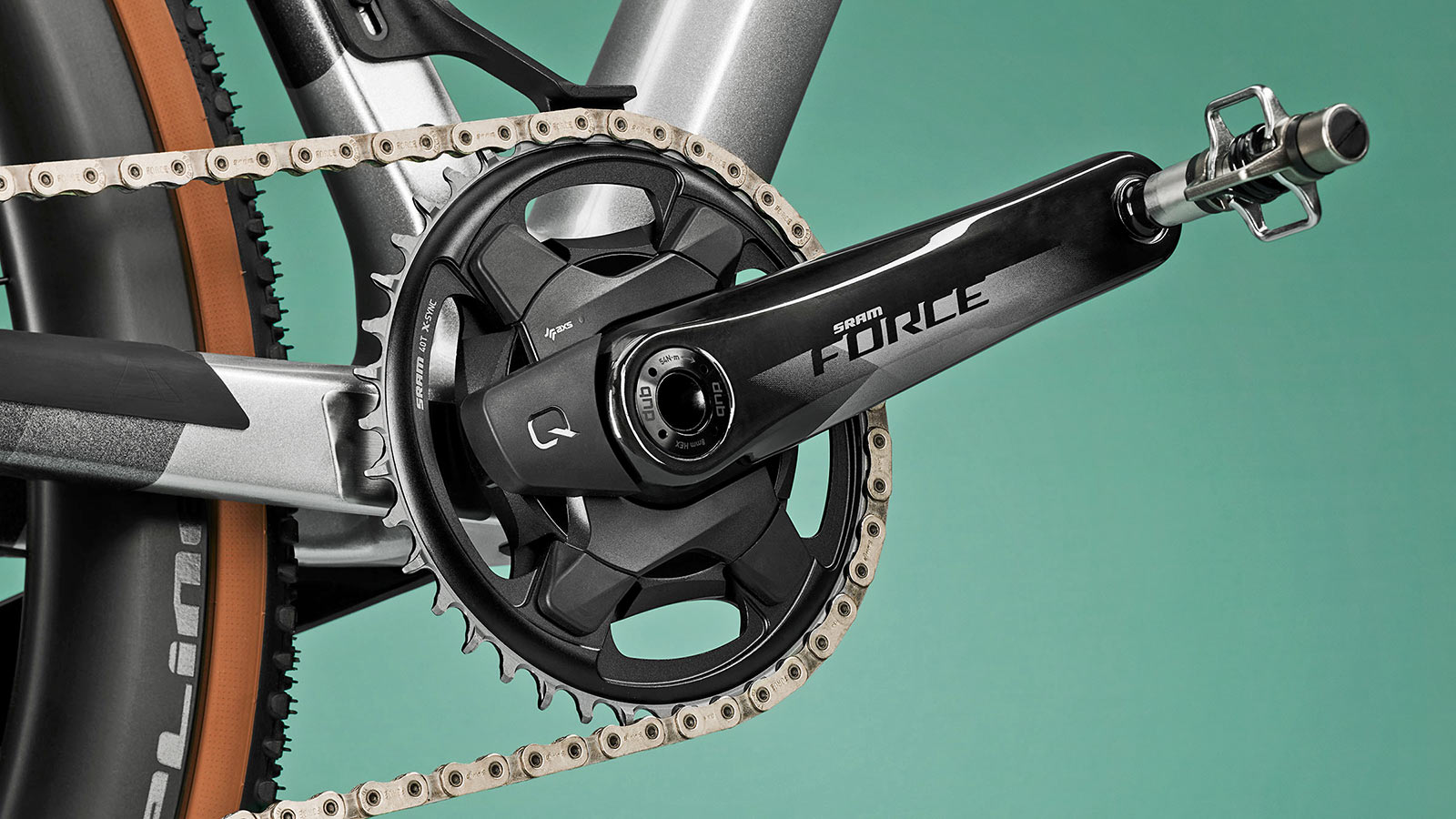 Lastly for MY23, there are also now more builds available with integrated power meters to better dial in your training and race efforts, and new exclusive DT Swiss CRC tubeless carbon wheel builds to take your cross season up a notch. 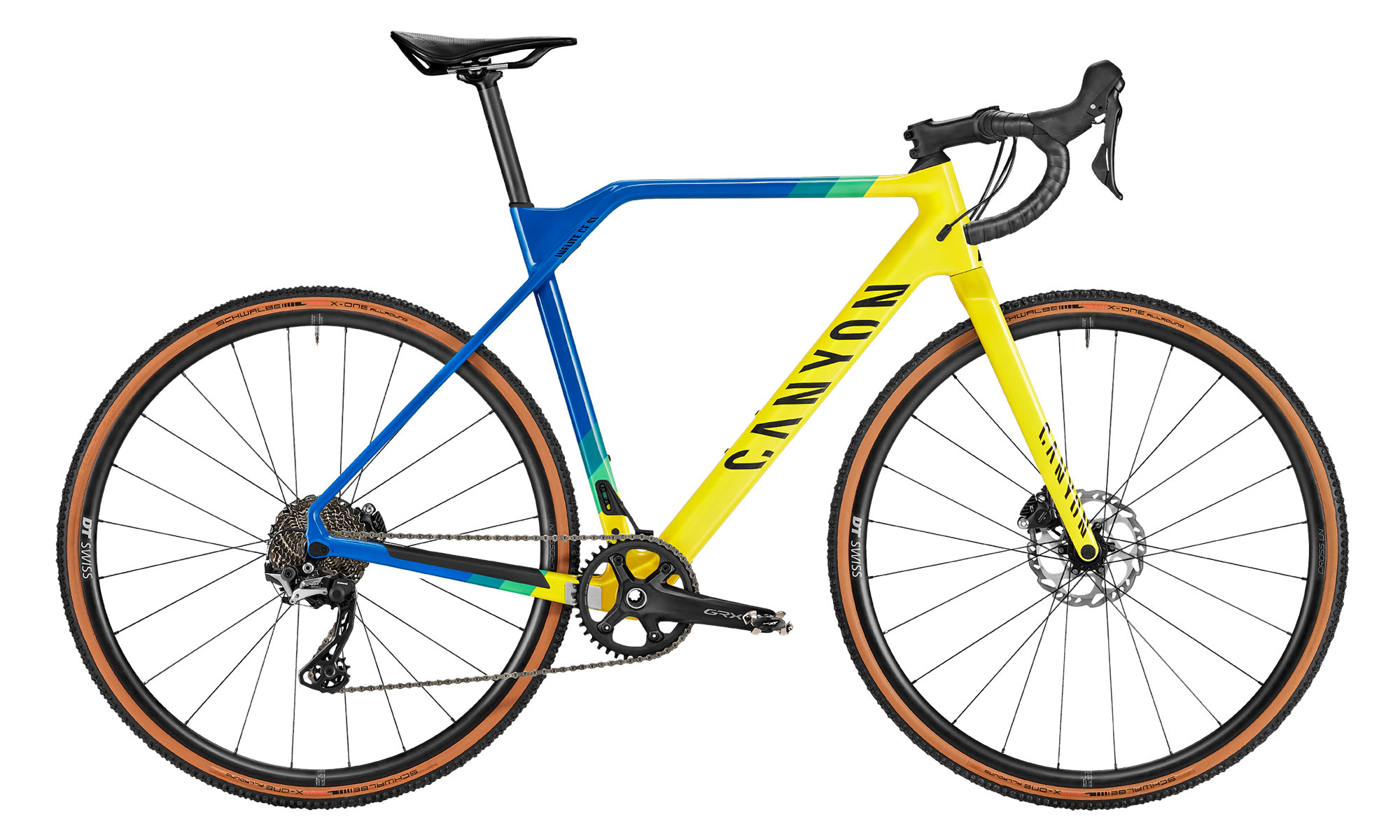 Based on the same frame design and tech features as the pro-level bike, Canyon has three Inflite CF SL builds with slightly heavier but still light & tough carbon layup.

The base Inflite CF SL 6 brings a new lower cost of entry to a full carbon build at 2000€ including a 1x 11-speed Shimano GRX 600 drivetrain, and tubeless alloy DT Swiss cross wheels with a LN star ratchet freehub – in white & black or blue & yellow. 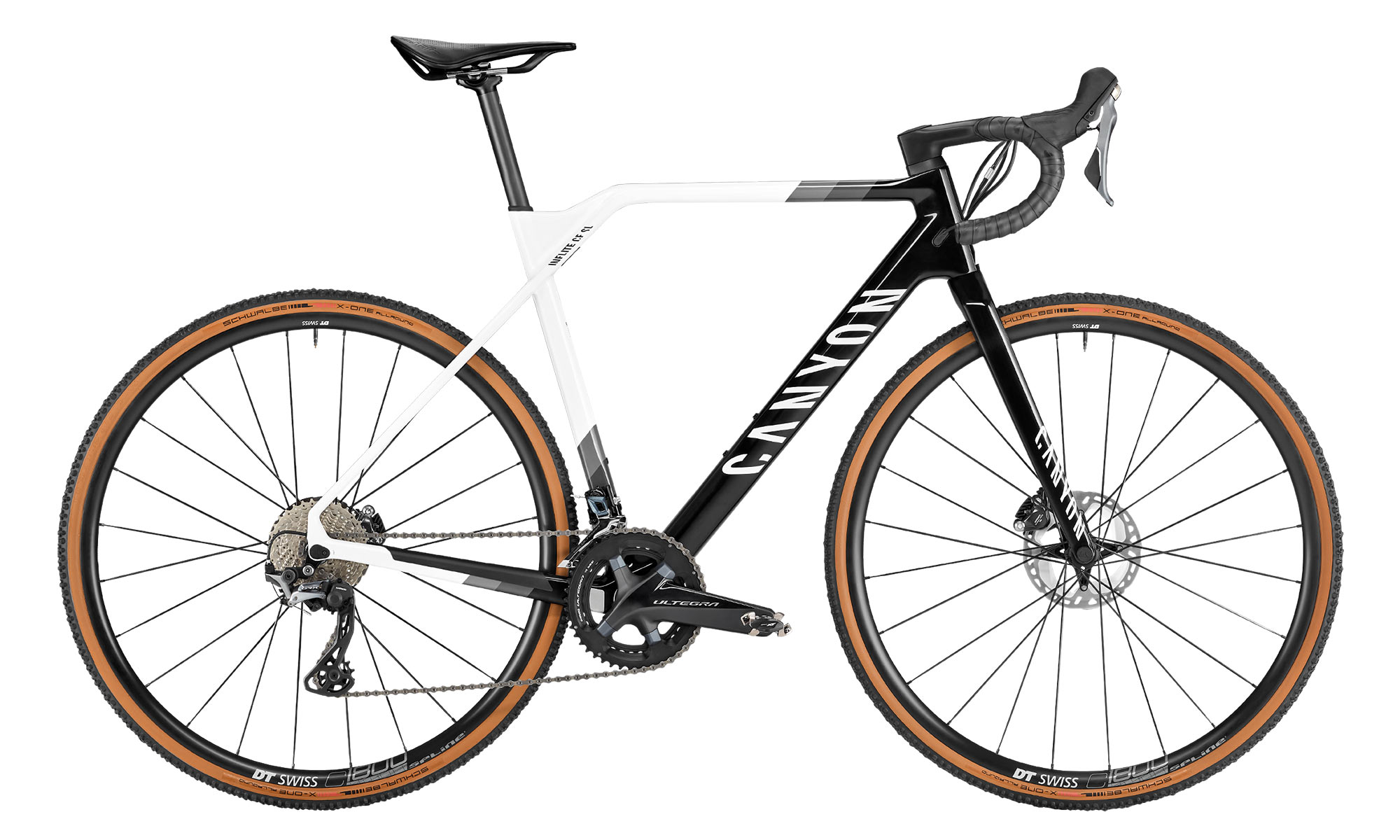 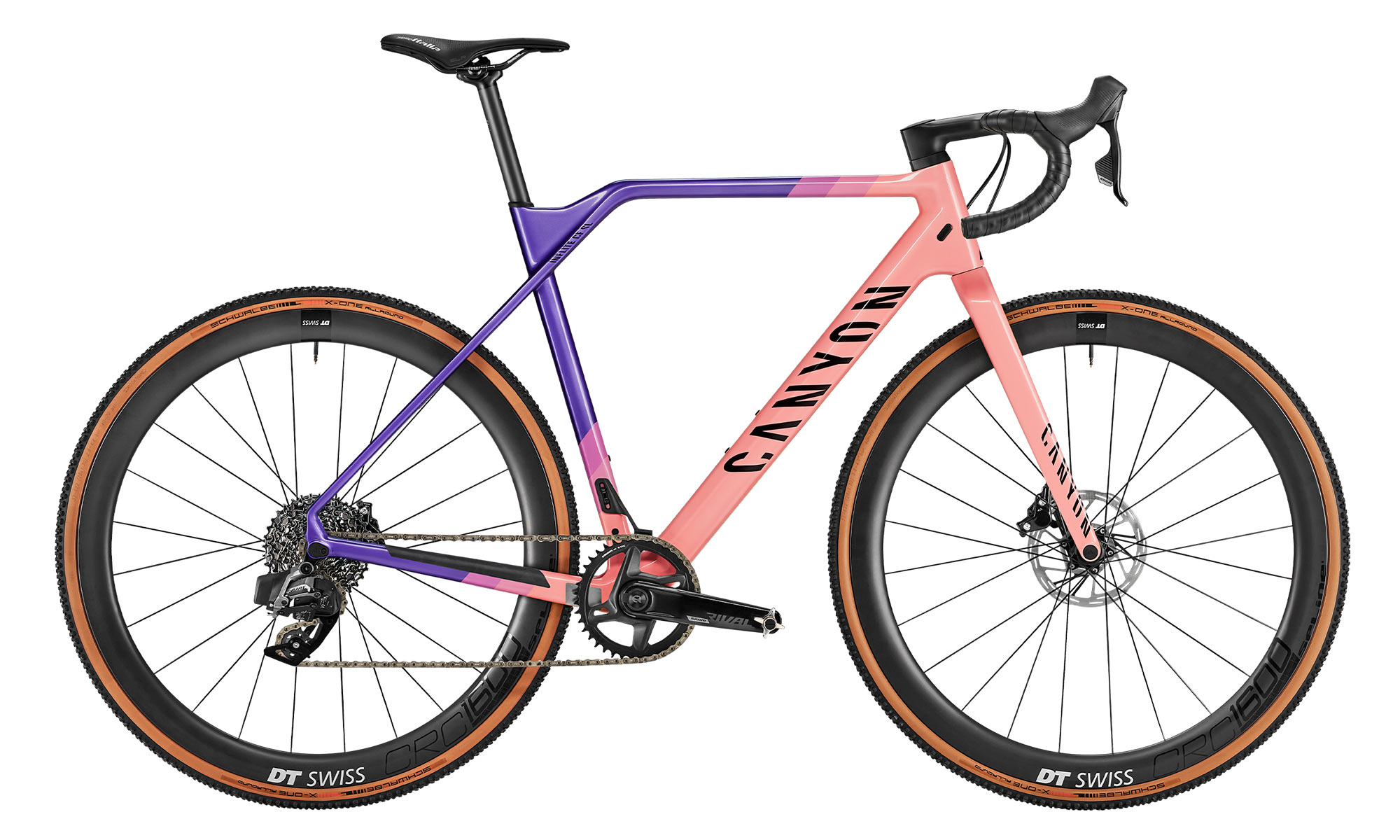 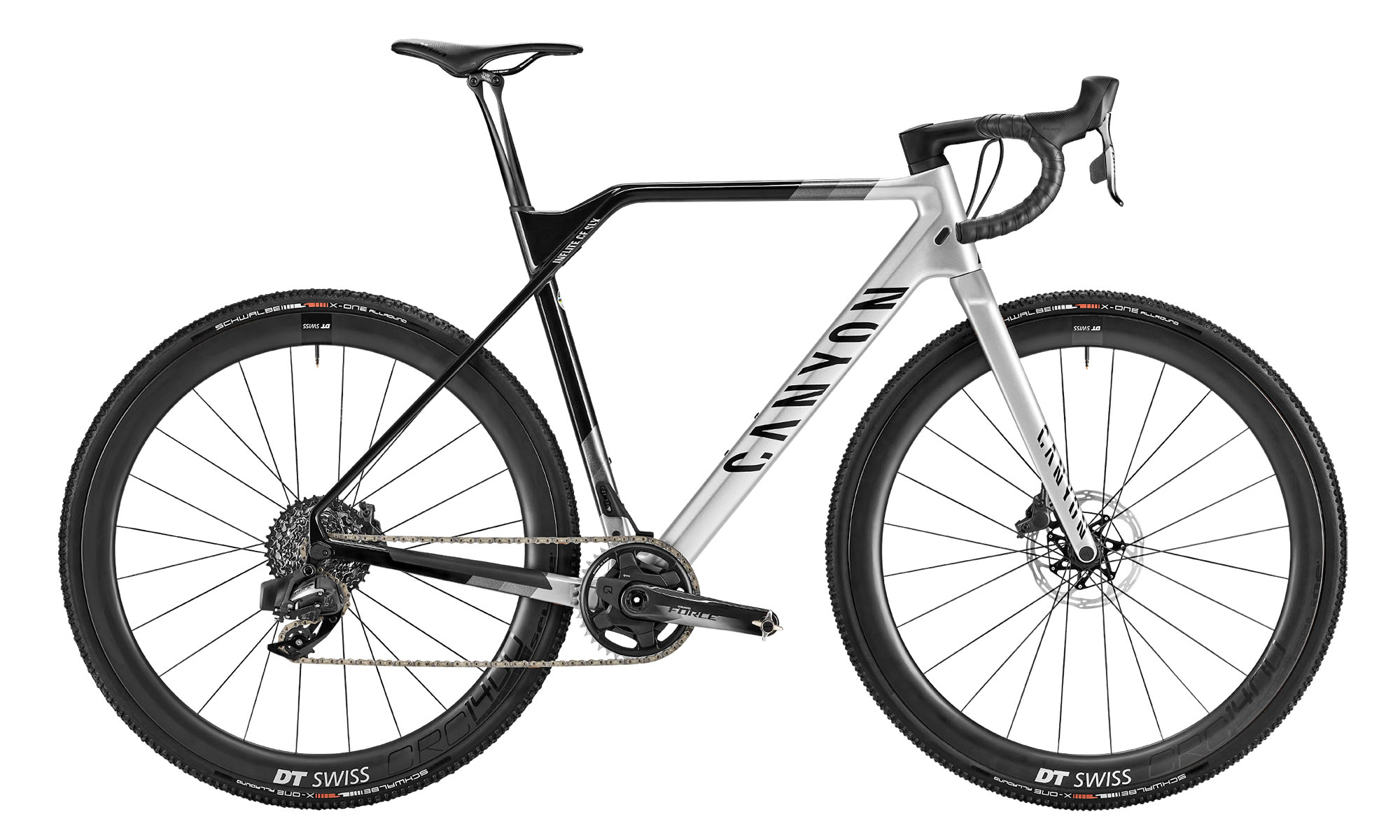 The top-tier Canyon Inflite CF SLX platform gets a more expensive carbon blend to shed a few grams and increase stiffness to take on World Cup-level racing. The flagship layup comes in just one race-ready CF SLX 9 complete bike build in black & silver only for $6000 / 4700€ with a 1x SRAM Force AXS build, a Quarq spider power meter, and DT Swiss CRC 1400 carbon wheels that get a higher 240 EXP hub spec than on the CF SL 8.

The full model year 2023 Canyon Inflite carbon cross bike range is already available now direct from Canyon. Although US customers will unfortunately have to wait until Summer 2023 until more stock arrives for them.

The TT/Seat tube junction is still difficult for me to look at. It serves no purpose. Why won’t they fix it?

more comfortable when shouldering the bike while running is what I thought it was for.

Its funny, because they say that, but realistically most people (when shouldering ‘properly’) would have the toptube contact their shoulder further forward of that point.

It raises all of the effective shouldering area more than a simple sloped top tube would. Not sure what you’re missing here.

I don’t mind the TT/ST junction. I do mind the pressfit BB.

There is NO CROSS RACING in slocal this year! Shame.