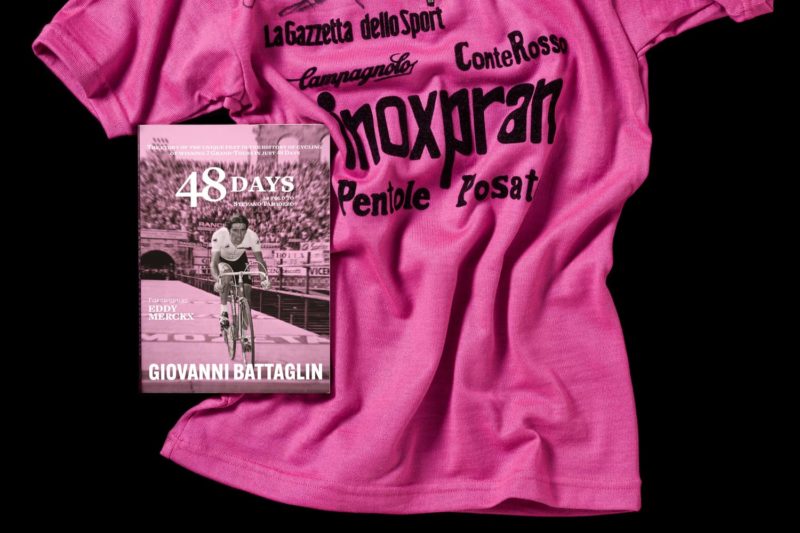 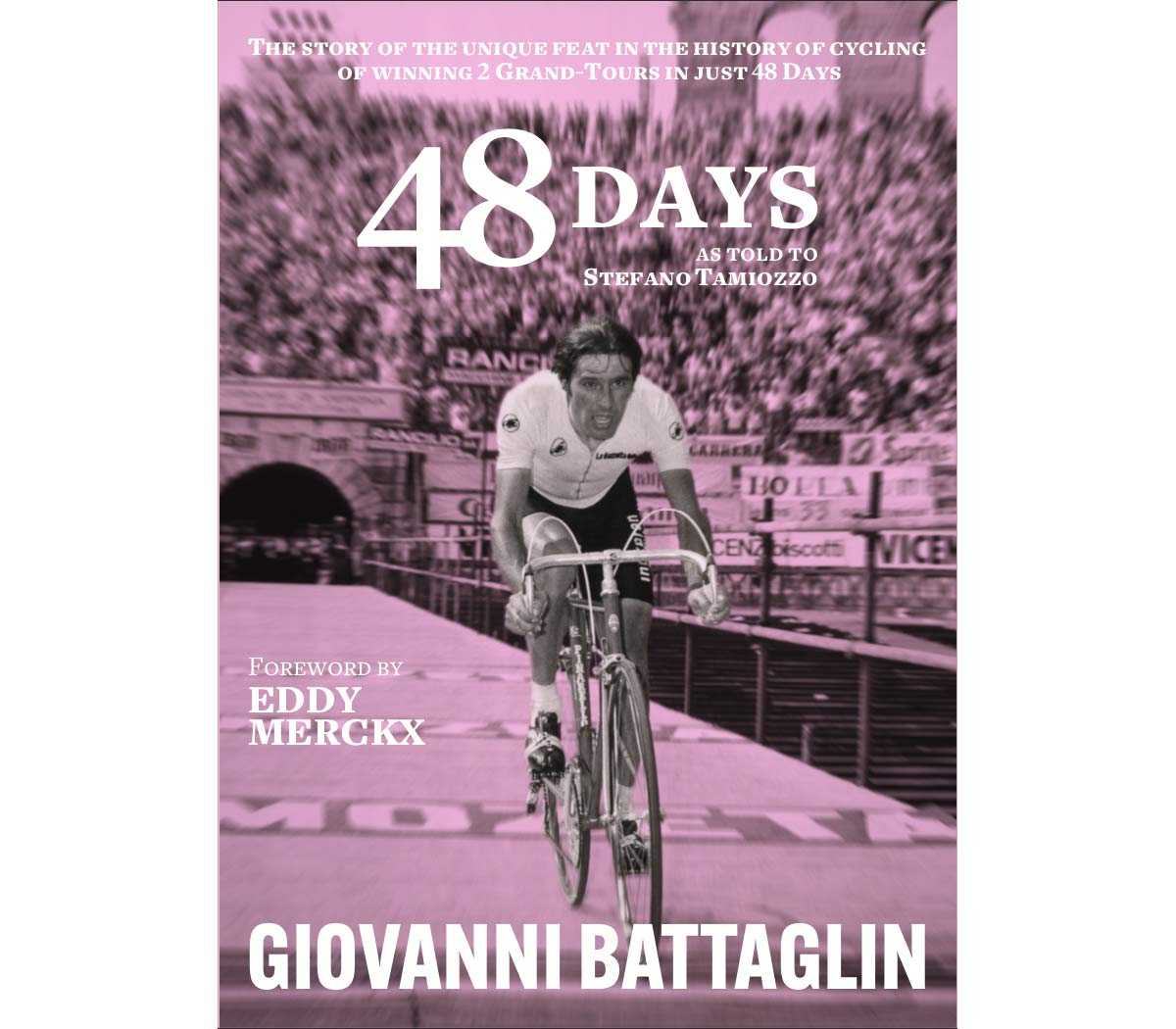 Battaglin’s memoir project 48 Days has been years in the making, but a bunch of self-isolation in their home & workshop in northern Italy was just the impetus to kick the book over the hump. The 1981 winner of the Giro-Vuelta double details the short forty-eight day span of racing in his memoir, making him one of only two cyclists to take such close back-to-back wins, thanks to that year’s Giro d’Italia staring just three days after the Vuelta a España finished. 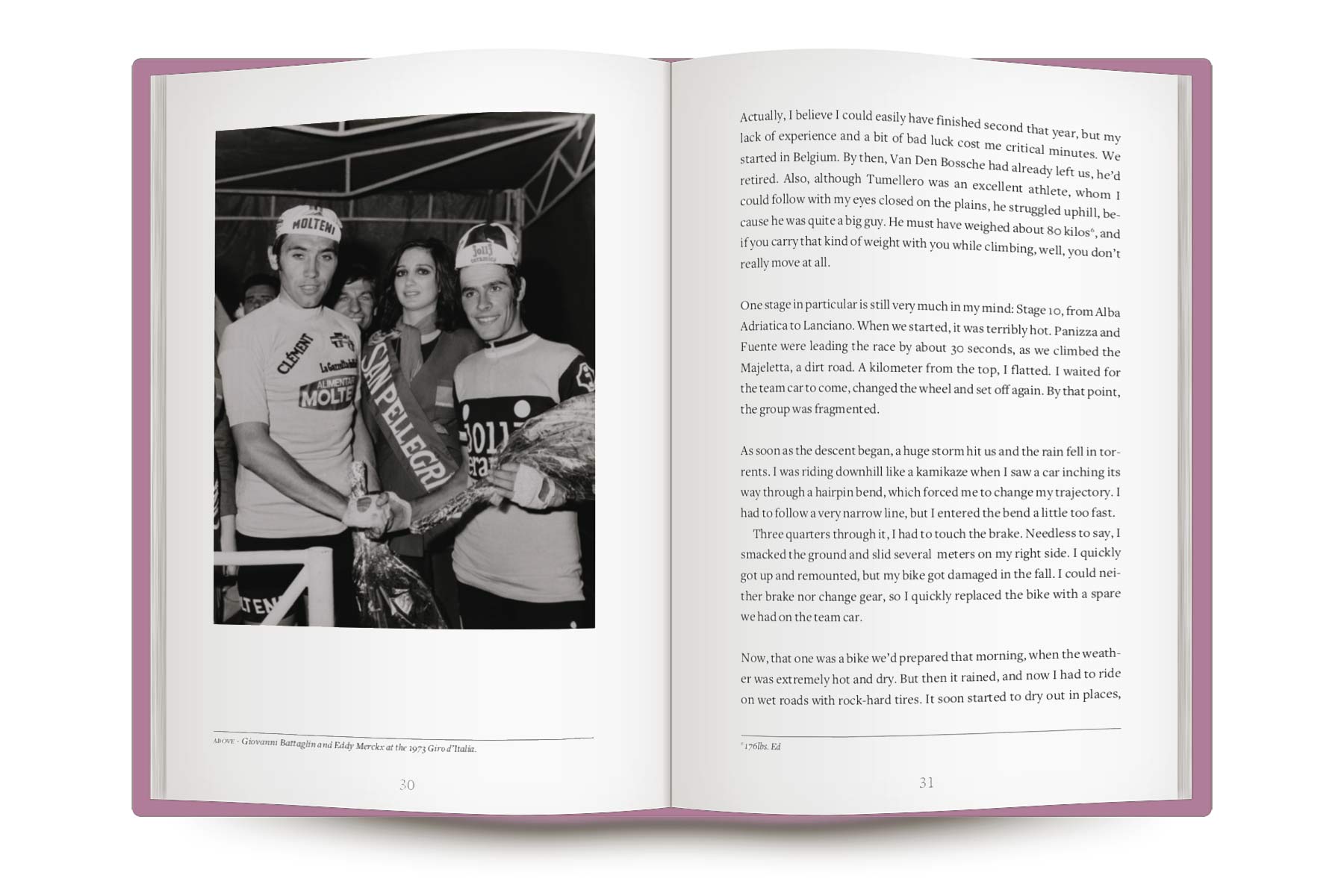 In the new book, Giovanni shares some memorable moments from that action-packed road to his greatest achievement. “The project of writing a book about those 48 days and 7,500km in the saddle has been in my mind for several years,” said Giovanni Battaglin. “Now, thanks to the people at Battaglin who worked hard for one year, this project finally sees the light of day“.

The English-language book features a special guest, as the legend Eddy Merckx wrote the foreword. “I’m very happy that Eddy took part in this project,” said Battaglin. “That’s how things were in the peloton back I raced. There were a lot of rivalries, sure, but there was a lot of genuine respect too. The riders were fierce competitors on the bike, and friends off the bike“. 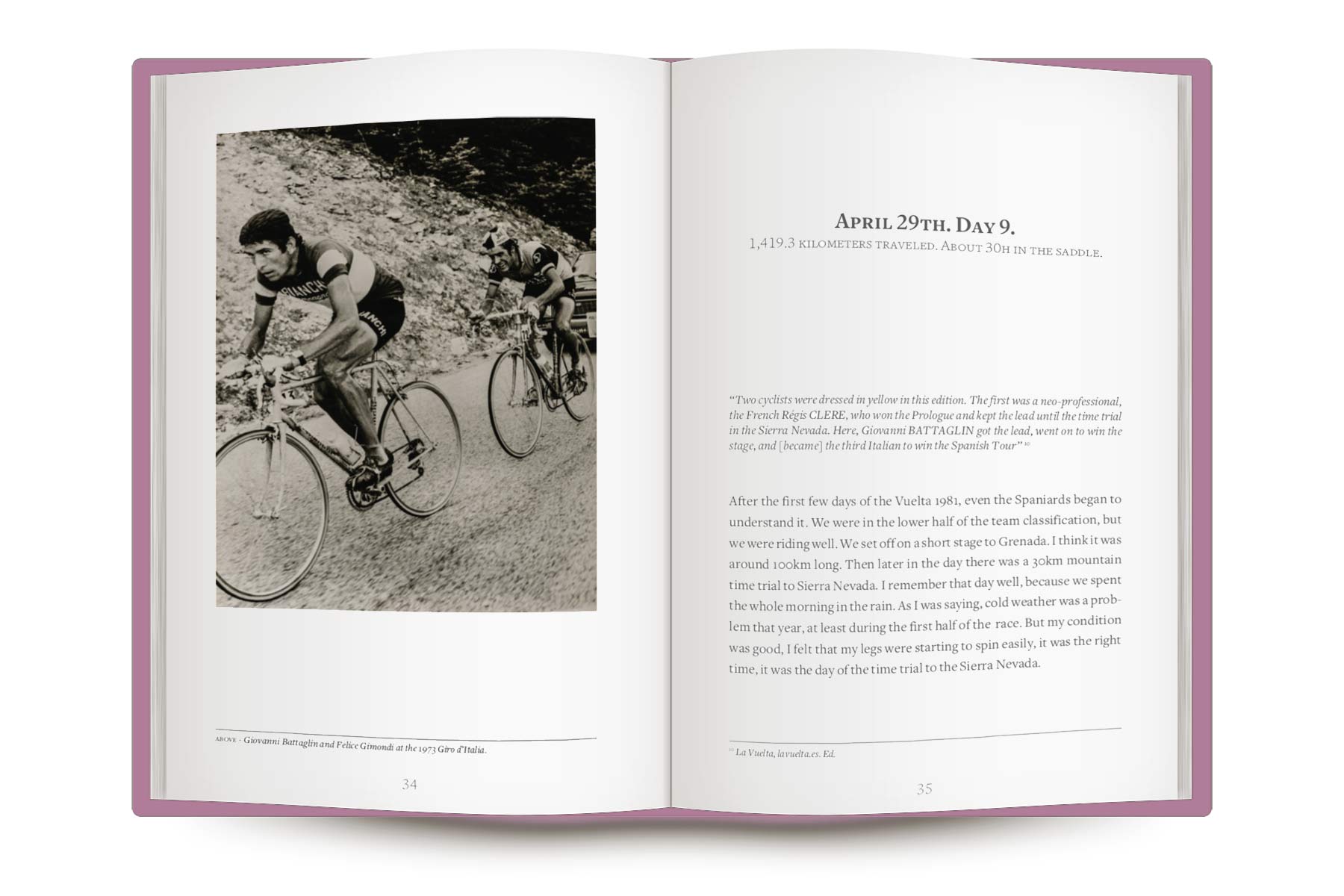 The new book is officially set to be released publicly this coming weekend, but we’ve been given special access to get our readers a chance for the early pre-sale. And with that comes a unique limited Edizione Collezionista (Collector’s Edition). 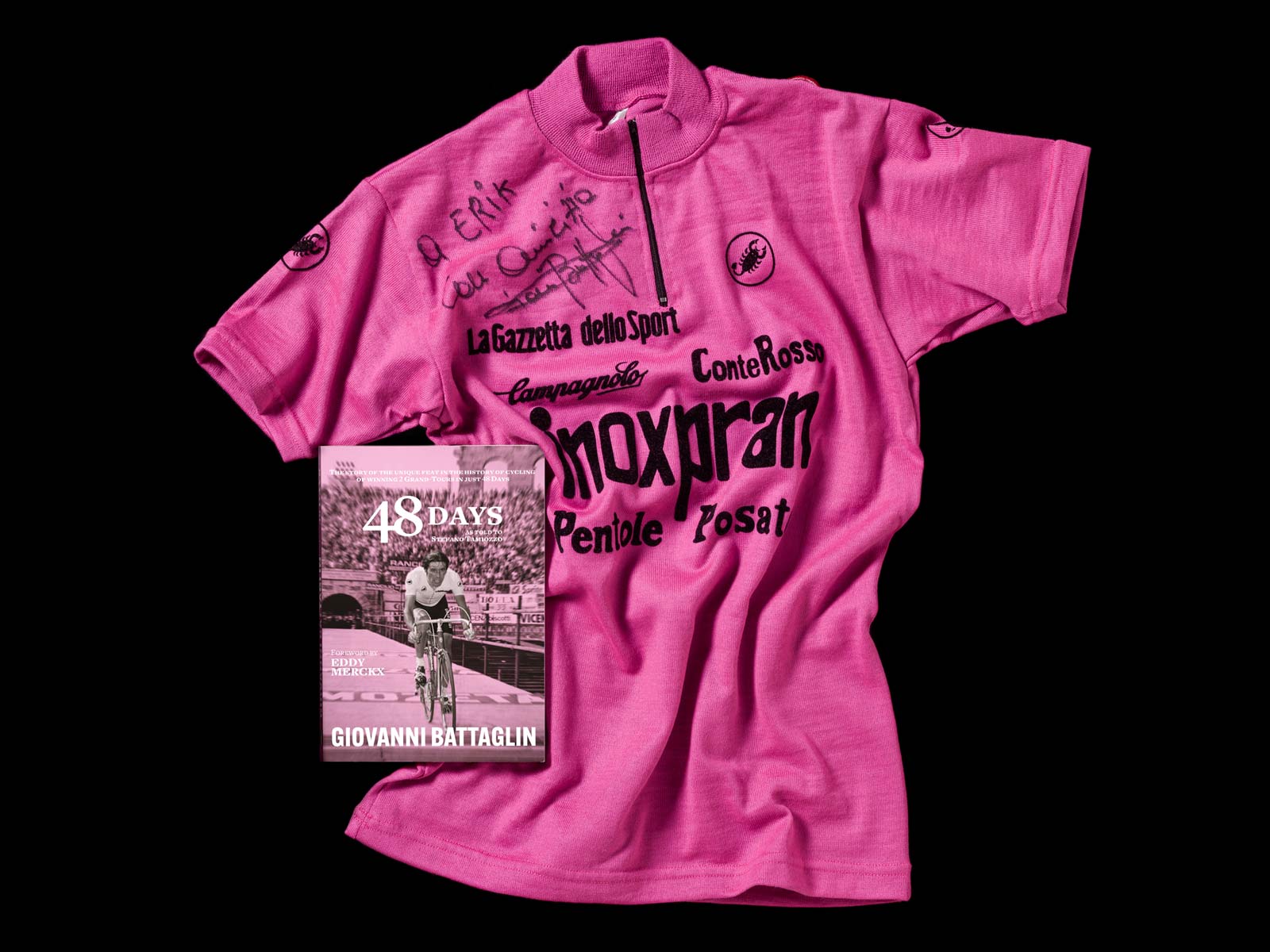 The jersey is meant to be a collector’s item that you would display, but it is a premium wool jersey custom-made for Officina Battaglin by Castelli for this Edizione Collezionista (so jerseys are Italian Medium-only and will be signed by Giovanni.) Only 150 pieces of the Edizione Collezionista are being made available globally (and many of them are already sold). You can claim yours by signing up to the Officina Battaglin mailing list, then reserving your book & jersey set for 347€. 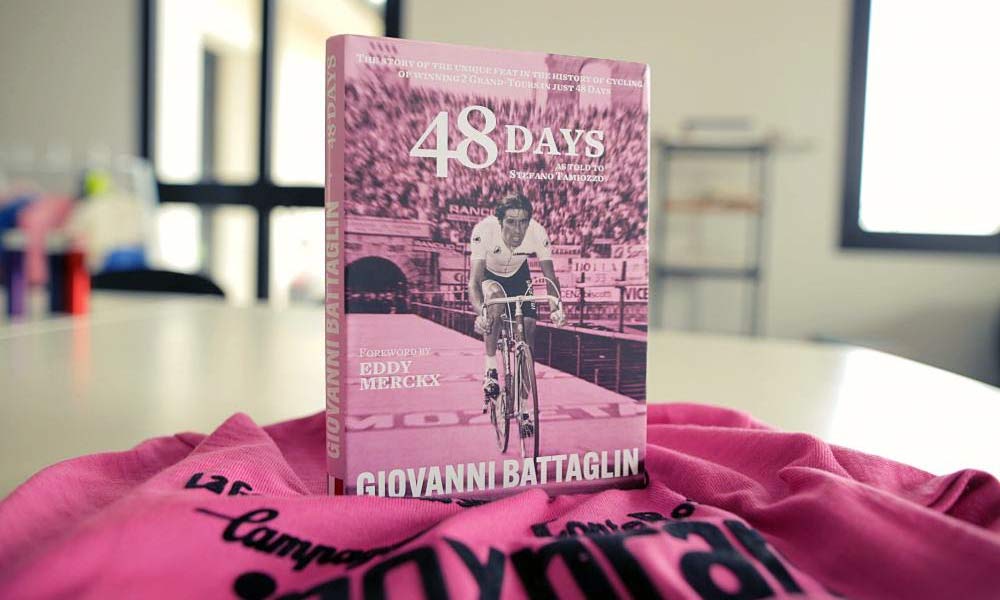 The limited 48 Days Collectors Editions will all ship starting next Monday, with free express worldwide delivery included. Starting on August 1, the memoir will also be available on its own.