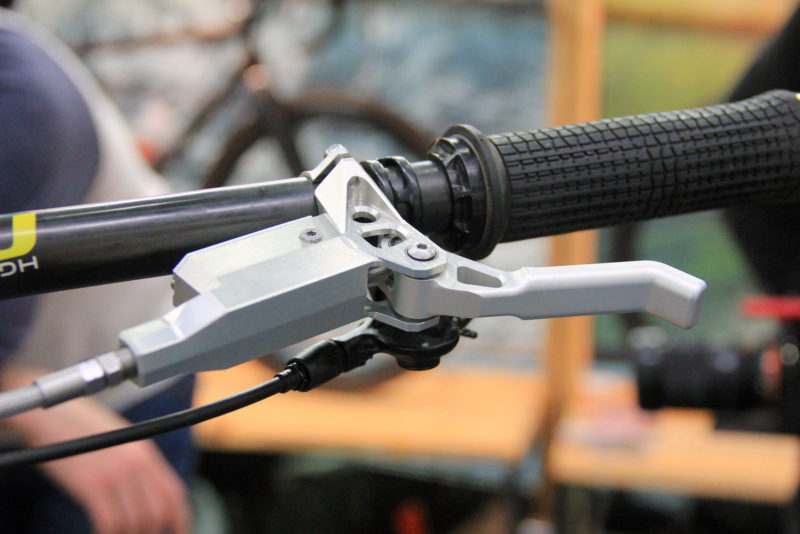 At last weekend’s Bespoked Show in London, we caught sight of some rather industrial-looking 4-piston brakes aboard Sour Bikes latest prototype of the Double Choc Enduro Bike. The brake levers and calipers were completely devoid of any branding, but Roman from Qvist Hubs was on hand to tell us more… these prototype hydraulic mountain bike brakes are developed by a lesser-known Swiss Manufacturer called 612 Parts. The proprietor? Design engineer and CNC Machinist, Felix Lüttin, who has been in touch to tell us more. 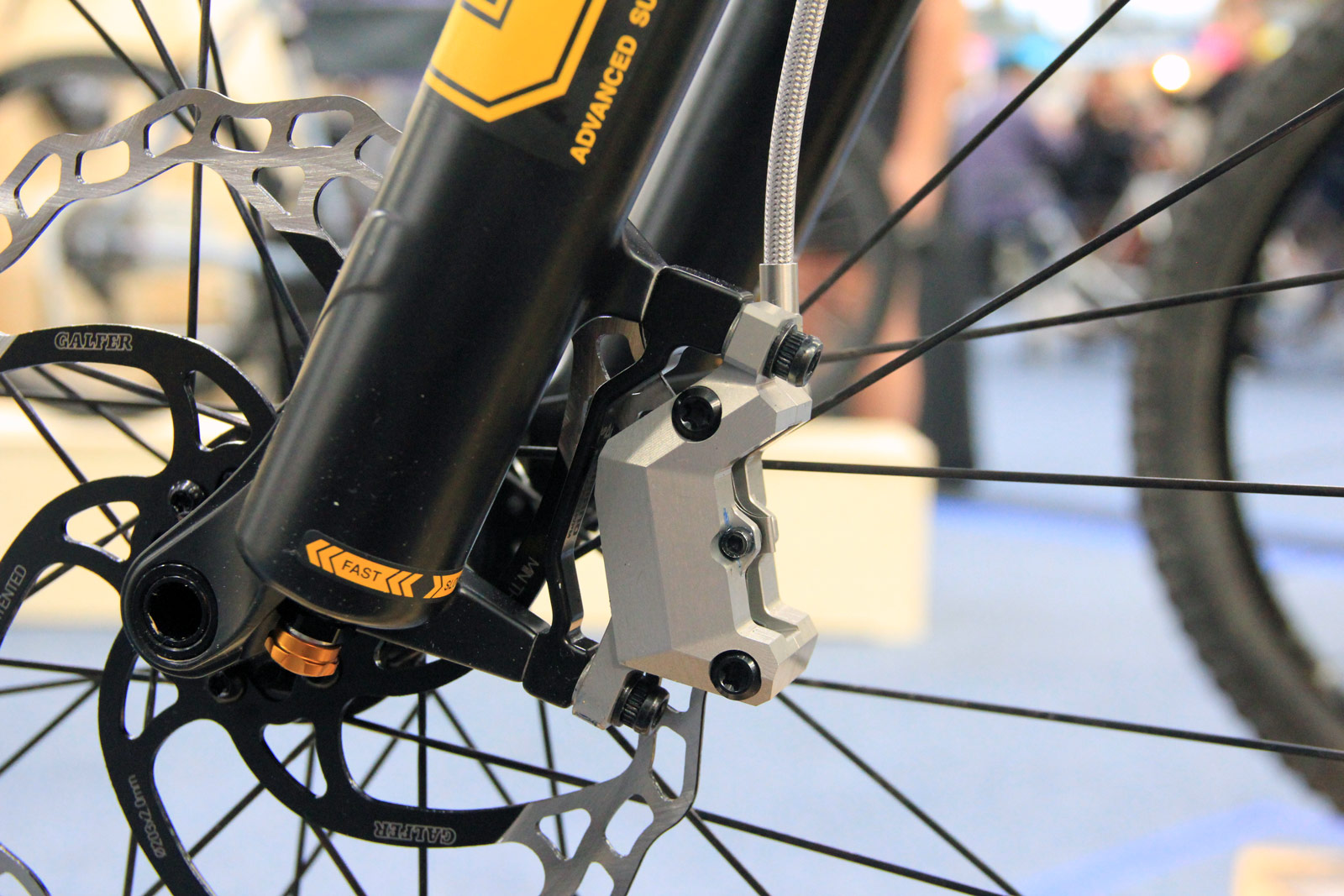 The 612 Brakes were set up on the Sour Double Check Enduro Bike, with the 4-piston calipers clamping Galfer 2mm thick rotors

612 Parts has offered a 4-piston caliper for some time, but is soon to offer a complete braking system with a lever now entering its final stages of development. The brakes are designed for Trail, Enduro and Downhill, while a 2-piston version for XC and Downcountry is in the works. Felix tells us he would also like to work on a 6-piston caliper in the future.

Most of the parts are CNC machined from 7075 aluminum, save for the 9mm piston within the master cylinder that is made from an unspecified aluminum alloy. The lever we saw at Bespoked has an adjustable reach, though the production lever will feature this in addition to a bite point/lever throw adjustment, too. The latter will not be adjusted via an allen head or tool-free adjuster; rather, it will require an exchangeable small piece, a few of which will be available to allow the rider to choose the length of lever throw suits them best. 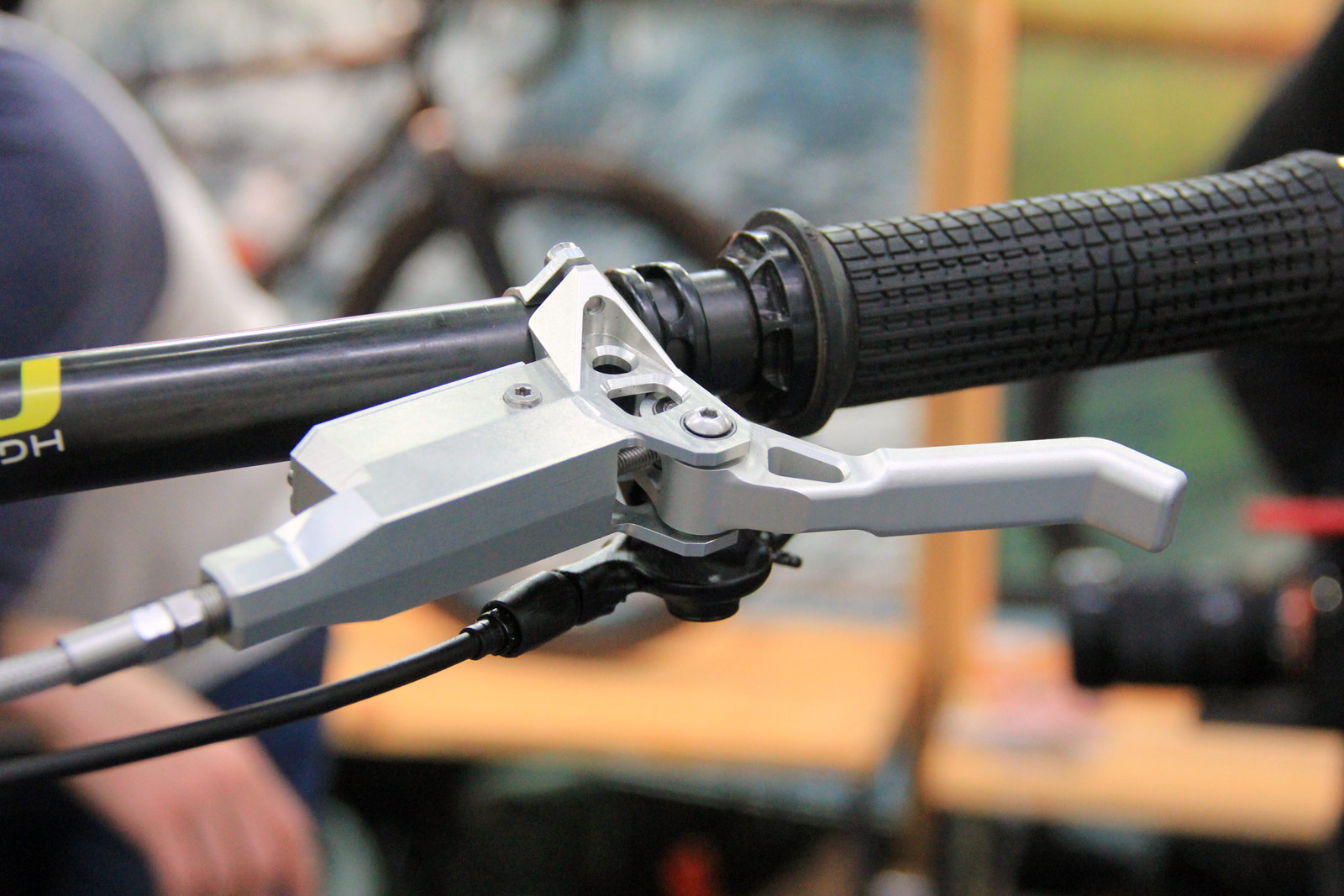 As Felix is limited by the availability of DOT-compatible seals, the new brake levers are for use with Mineral Oil only. That said, the caliper can be purchased separately for use with DOT 5.1 fluid or Mineral Oil.

The caliper can take brake rotors up to 2.3mm thick, but tolerances are pretty tight so some pads may rub a little for the first few rides. Felix says he found that pads thicknesses can vary by as much a 0.2mm within each series of pads from the same manufacturer, hence the potential for rubbing. 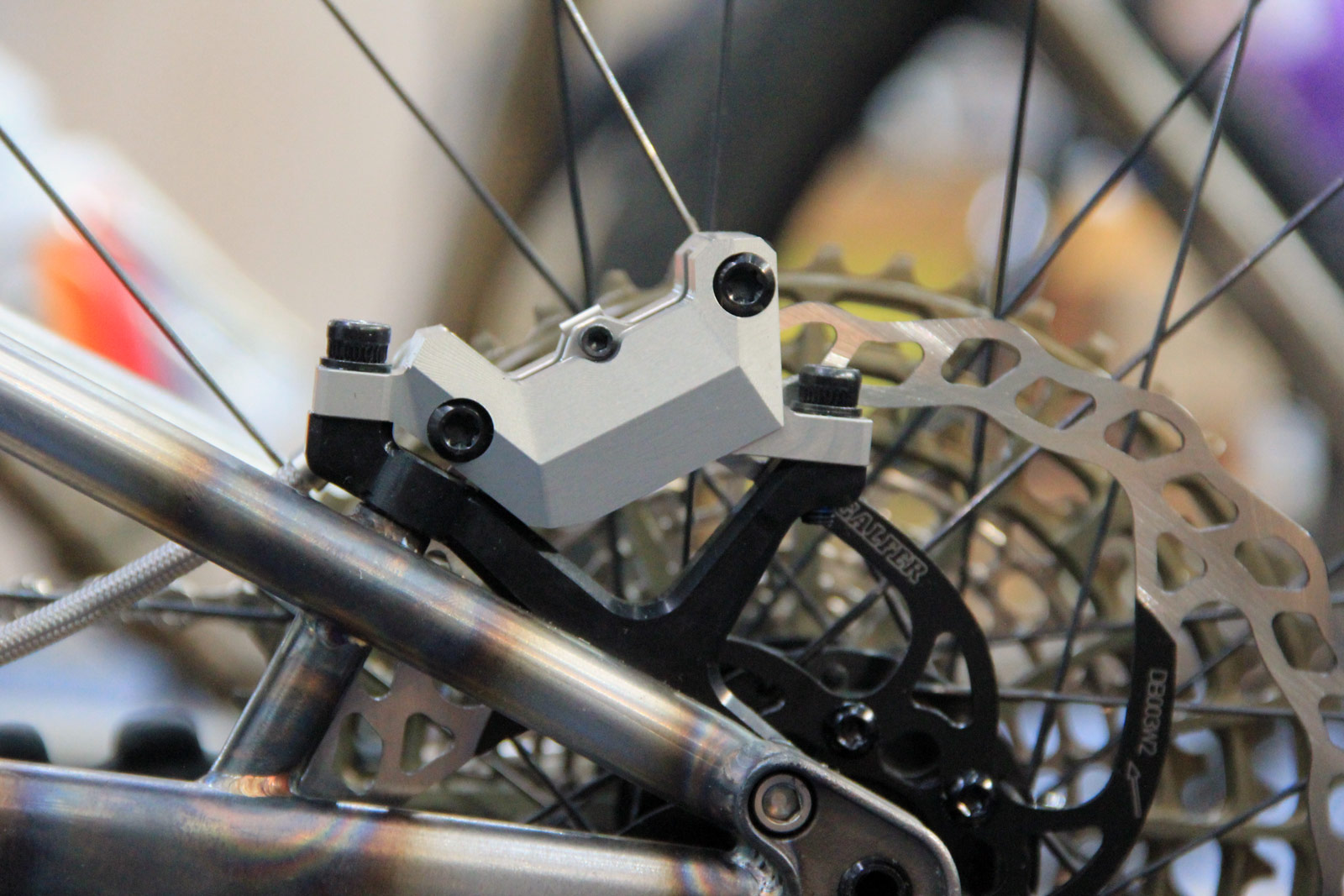 Felix is trying to source everything from as close to home as possible; while the caliper body and levers are CNC machined from 7075 aluminum in Germany, the stainless steel pistons and the main seal are sourced from Switzerland. He tells us it is hard to trace the origins of some of the smaller parts, however; the hoses and fittings come from Goodridge, a UK-based company, while the bearings are bought from various online retailers.

About Felix Lüttin and 612 Parts

From the man himself:

“I live in Switzerland near the city of Lucerne and do all my riding and testing mostly on Mt. Pilatus, where my home trails are. Earlier I worked as a CNC-Machinist for injection molds and prototype parts in southern Germany, where I actually come from. After a few years of CNC-Machining, I did a further education as a Design Engineer, which is my daytime job at a big Swiss manufacturer for electrical actuation systems who also offers a bike drive.

When I got my first 3D printer back in 2018, I began printing parts just for fun and soon started to tinker around with chainrings and even a very first brake caliper. Like I said, that was all just for fun, and I never thought about starting an actual project.

After a few years now, I found some of the data on a hard-drive again which made me think why not try to finish that thing! Oddly, that was at the beginning of Covid, and I had quite some free time then.

My friend Mark joined in on the project and had took care of getting the first prototype parts. He is the first person I go to when it comes to testing, after I did some first tests myself, just to be sure. That’s almost how that whole thing started.

There are some more parts waiting to be finished, like some cranks and a silent hub. But the brakes are my priority and I can’t do everything at the same time, so this stuff will have to wait. But, for example, on a Sunday morning when it was raining outside, I decided to do a Chainring, printed some to check the fit, and then ordered a batch – No big deal, just a quick little side project.”

The 612 4-Piston Brake Caliper is available in Silver or Black direct from 612 Parts now, retailing at CHF 193.20. It is compatible with SRAM Code and Shimano SLX/XT/XTR series brakes. In the box you’ll get the caliper along with a Banjo Bleedscrew, pad pin and bleed block. The caliper is compatible with post mount adapters from Magura and Shimano; it may fit other post mount adapters but that has not been tested.

The complete braking system, i.e., the 4-piston caliper and brake lever, will be available to purchase in around 4-5 weeks’ time. No pricing information on that just yet.

Love the aesthetic of this brake! Hope to see a review when it’s out

That front caliper needs spherical washers under the bolt head. Otherwise you’re bending the bolt when tightening it down.

I agree, but see it as a prototype.