As 2020 rapidly approaches, Patrol is gearing up with some new additions to their mountain bike lineup. Patrol may be lesser known in North America, but the small mountain bike focused brand has roots in one of the largest Indonesian bicycle manufacturers, United Bike. After spinning off from the larger entity, Patrol is now run with separate management under the direction of Arifin Tedja. Along with a distinction as a premium brand, Patrol has set their focus on moving into larger markets like North America and Europe. While Patrol bikes have been available in North America for a few years now, with their newest additions to the range, they hope to be more prevalent than ever with quality aluminum frames, solid specs, and competitive pricing. Easily the standout in the line, the new 691 headlines with a new naming structure for Patrol as well as a focus on modern mountain bike design. To make the naming convention easier to understand, all of the Patrol bikes now have a numeric name that corresponds to the amount of travel and the wheel size. In this case, the 691 is 6″ of travel (150mm), with 29″ wheels – hence the numbers 6 and 9. The ‘1’ is basically just a filler as there are two different specs, the 691 and the 691 S. Like all of the Patrol bikes, the 691 features a full aluminum frame and swing arm. Cable routing is mostly internal with provisions for an internally routed dropper post, and it’s all neatly routed underneath the bottom bracket. Of note to the frame’s design is the decision to use a 157mm “Super Boost” rear hub. This seems to be where a number of brands are headed for their longer travel 29ers, but it’s still interesting to see someone like Patrol on board. Fortunately, it seems like Patrol designed the frame with adequate heel clearance even with the wider hub, since the same can’t be said for the standard Boost 591 with larger riders. 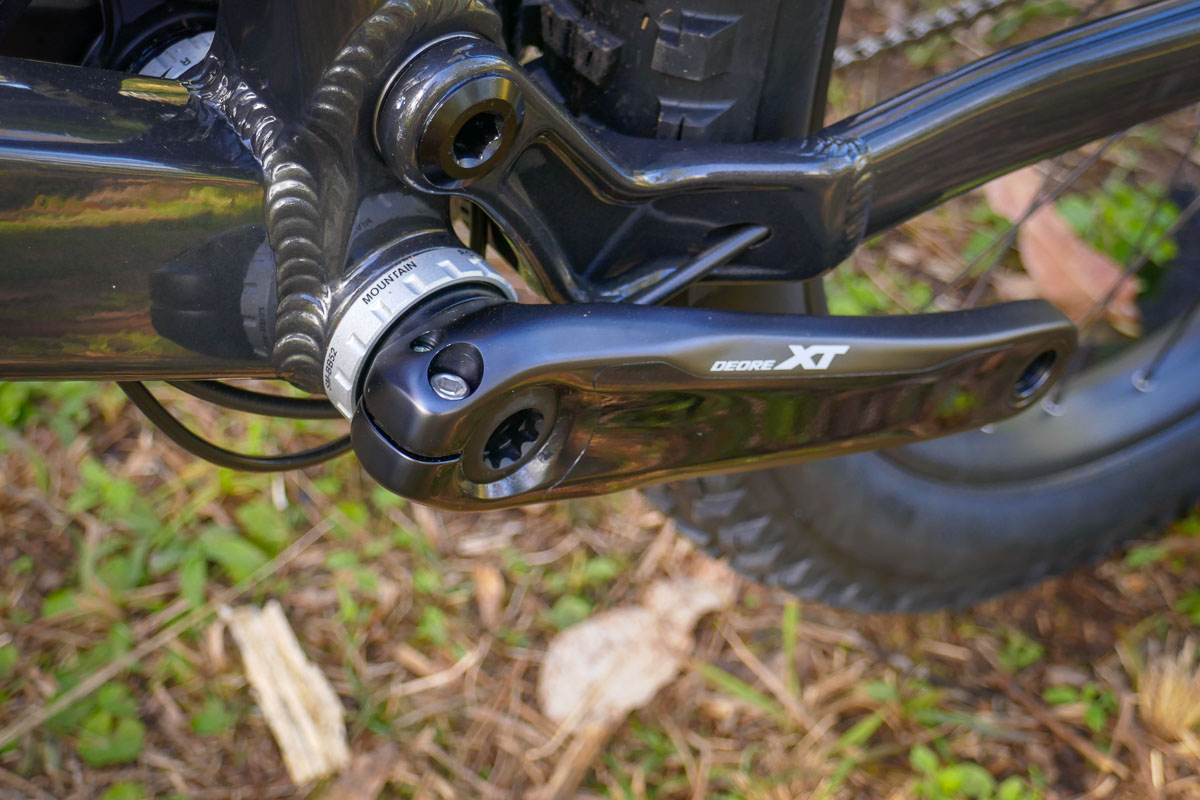 The frame is 1x specific and it features a standard threaded bottom bracket for ease of maintenance. A ridged chain guard is designed to cut down on noise. There’s also plenty of room in the front triangle for a water bottle. Patrol has kept the suspension design relatively simple, yet effective with a Horst Link capable of 150mm of travel from the 8.5 x 2.5 Fox DPX2 rear shock. To go along with the modern spec, the 691 has a fairly modern geometry with a steeper seat tube angle, longer reach, and slacker head tube angle than previous Patrol bikes. Component wise, the bikes feature wide Patrol branded bars and stems, but in 35mm diameter. The saddle and seat post are both SDG branded, with a Tellis 30.9mm dropper (125mm on S/M, 150mm L/XL). The main difference in spec between the 691 and 691 S is the drivetrain with the S model gaining a nearly complete 1 x 12 Shimano XT group (the SLX 10-51t cassettes is the only non XT part), and the 691 sticking with a full 1 x 12 SLX build. There are also differences in suspension (Rhythm/Performance vs. Performance Elite), and brakes (Magura MT Thirty vs. MT5N). Representative of the difference in spec, the 691 is priced at $3,199 while the 691 S-Spec bumps up to $3,999. Each spec will be available in all three colors shown above.

Expect these to be available in North America by the end of the year with Patrol taking pre-orders now.