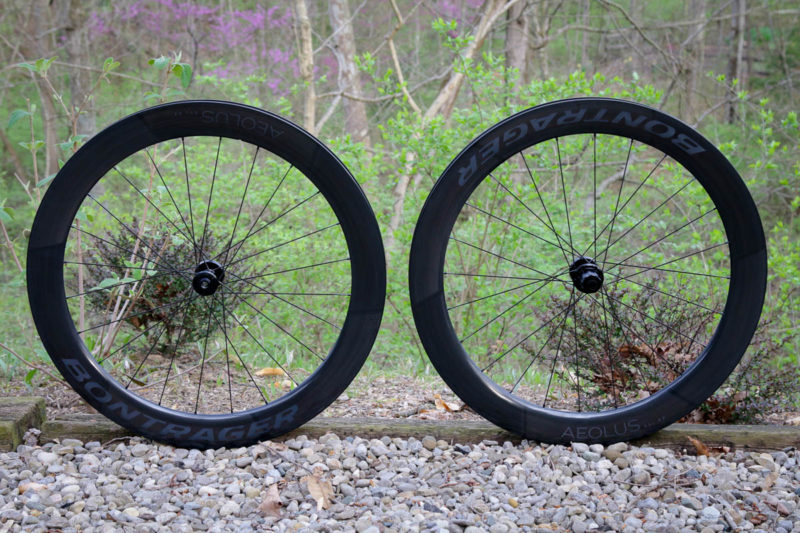 Fresh off of the thrill of the classics, the Bontrager wheel team announces a counterpart to its lightest ever Bontrager Aeolus RSL 37 wheels. The new wheel line, better yet – let’s call it an expansion pack – offers the same hub and attention to detail as the Bontrager RSL 37 wheels and is available in three new depths. The expanded offering drills deep into rim aerodynamics, saving precious watts, and even includes a deeper option for the more affordable Pro line. 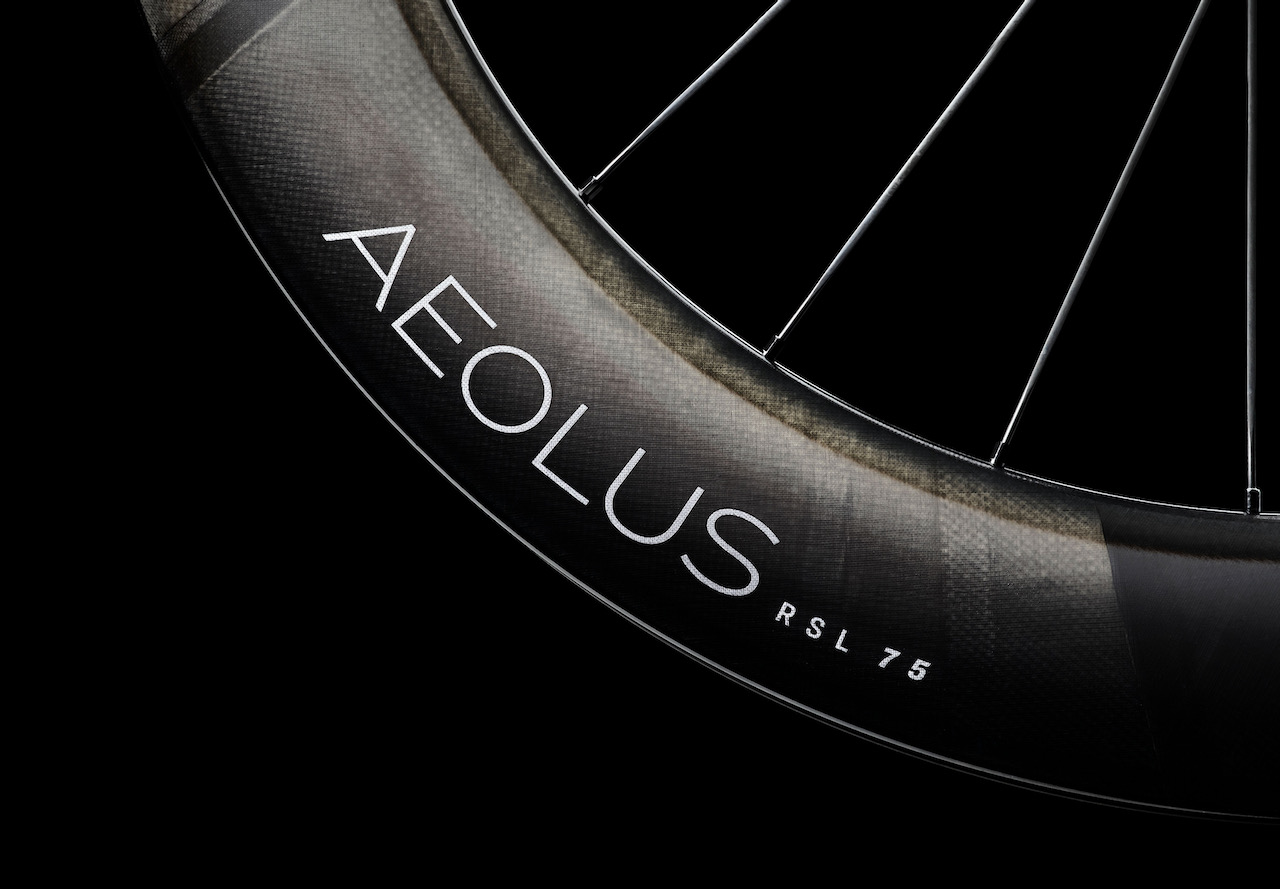 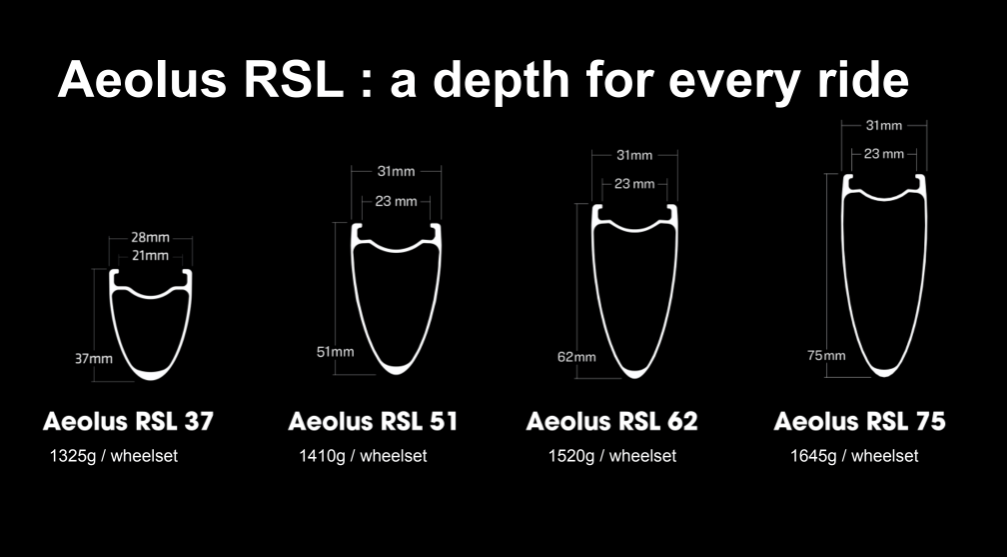 The real story of the Bontrager Aeolus line is the updated rim depth, shape, and width. For this wheel, they moved to a slightly wider 23mm inner (over the 21mm inner on the  Aeolus RSL 37 model) and a 31mm outer. 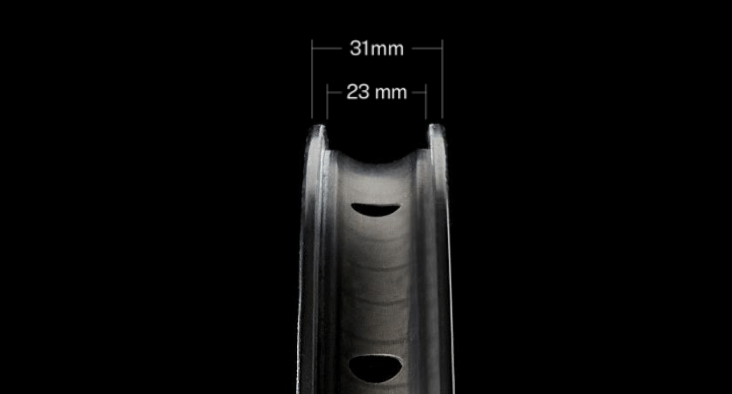 Bontrager came to the conclusion that many wheel companies have; having a wider rim width (within reason) is proven to roll with less drag and provide a better aerodynamic connection with the tire. In testing, they found that the 23mm inner width matched with a 25mm tire yielded the fastest set up.

Only, in our testing that 25mm tire actually measures over 28mm when set up tubeless. And since the rider rim makes for a more laterally stiff tire, you can drop tire pressures for a more supple ride which echoes what we’ve heard from other companies recently. According to Bontrager, some of their riders are still riding the same pressures (old habits die hard), but many have dropped pressures as a result. 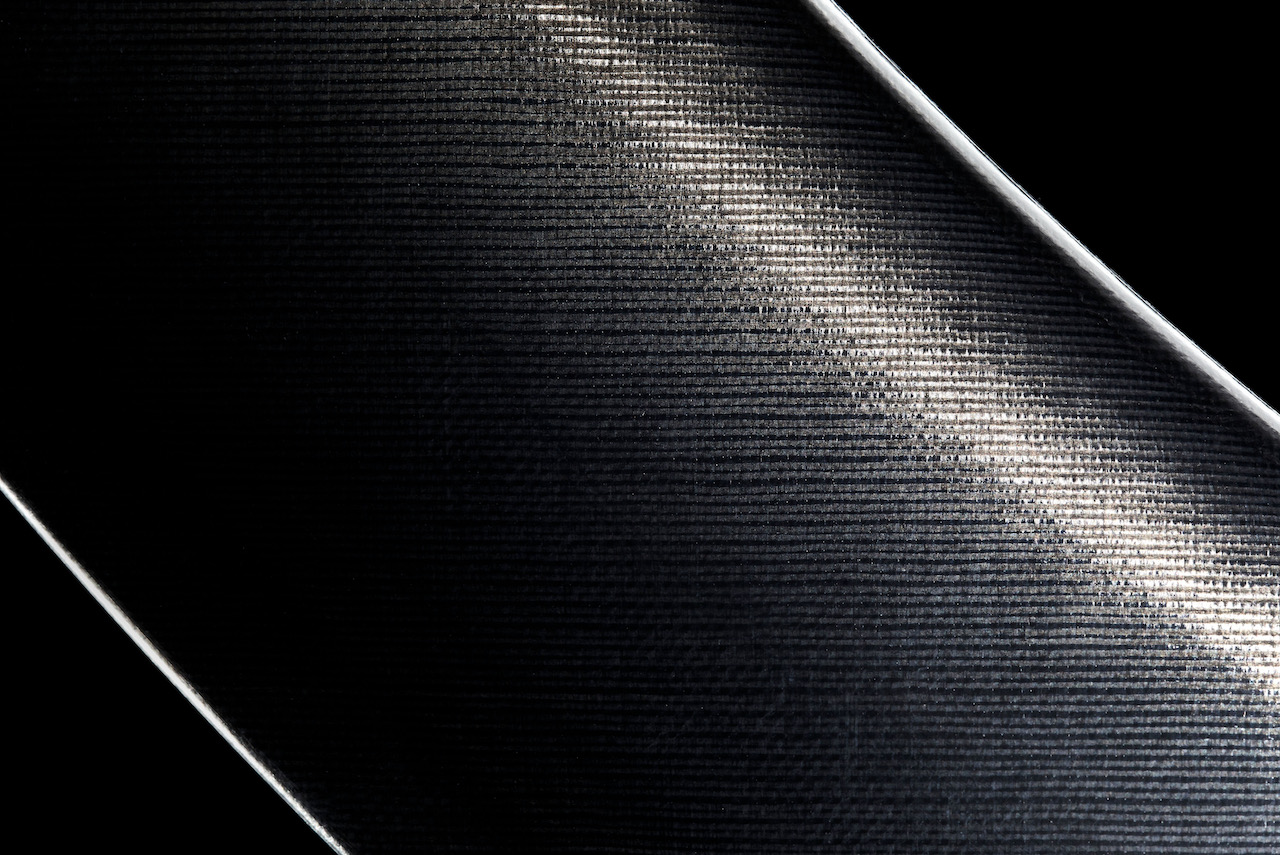 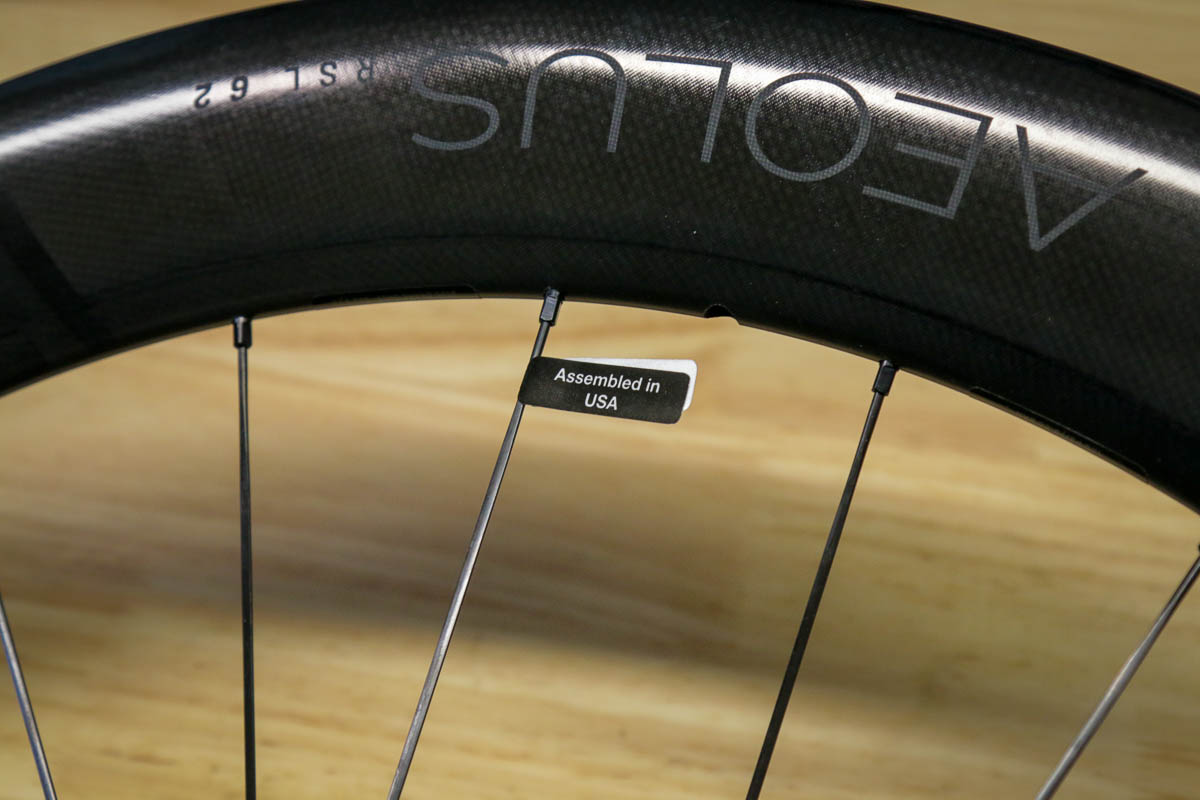 The new Aeolus rim is not hookless but has a beefy shape thanks to its 31mm overall width. It’s crafted from Bontrager’s RSL-level OCLV carbon, a material they claim is some of the lightest and strongest carbon fiber available. While the wheels are assembled in the USA, the rims themselves are made overseas. 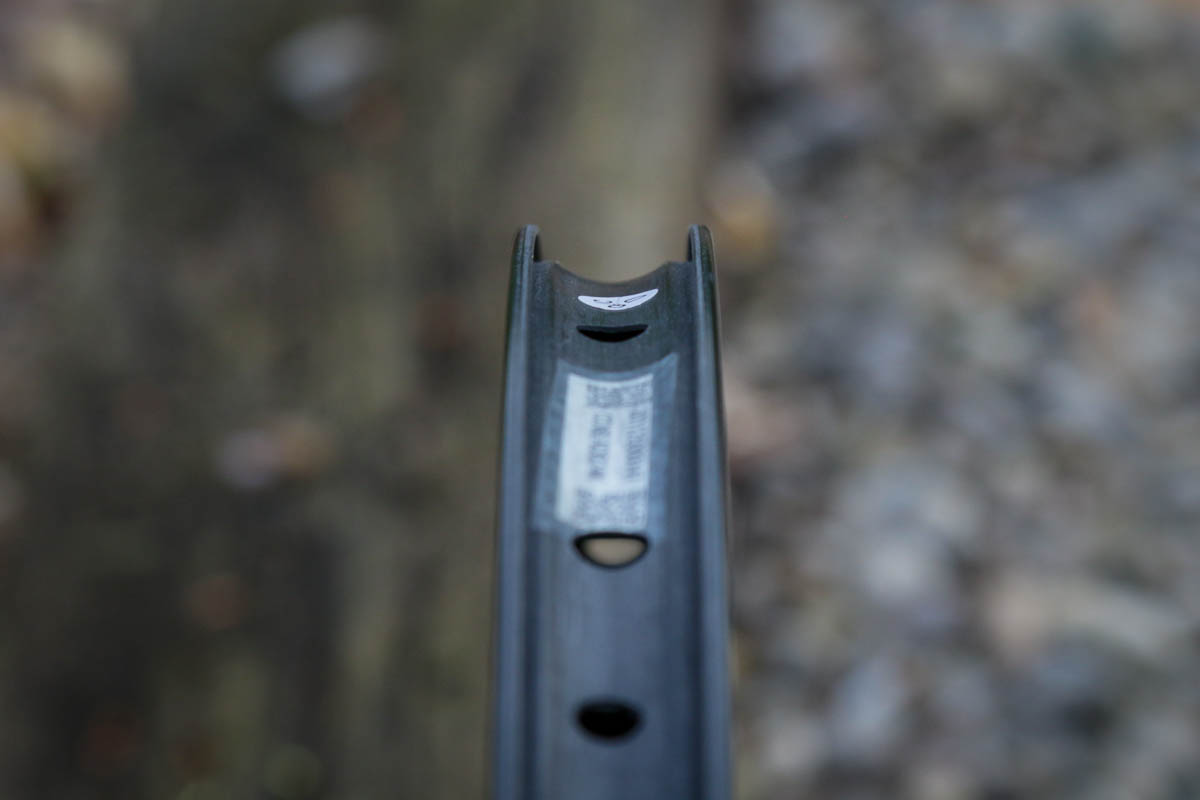 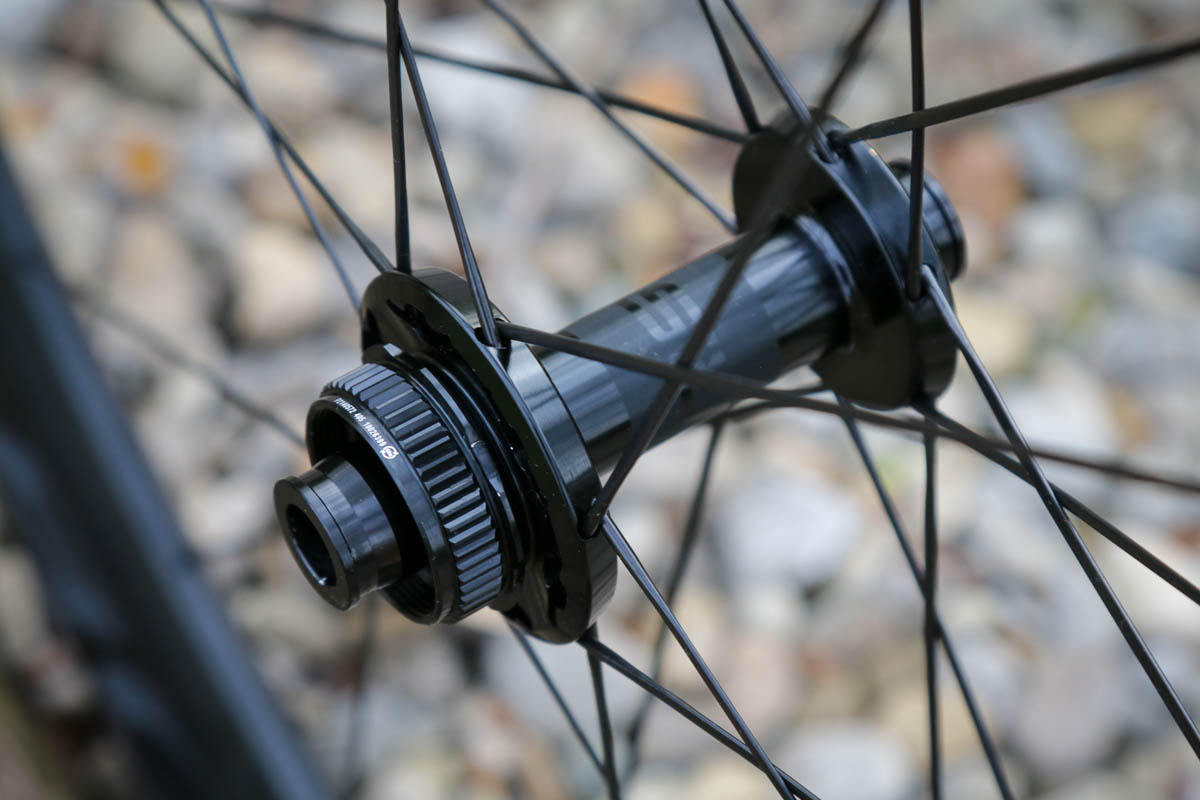 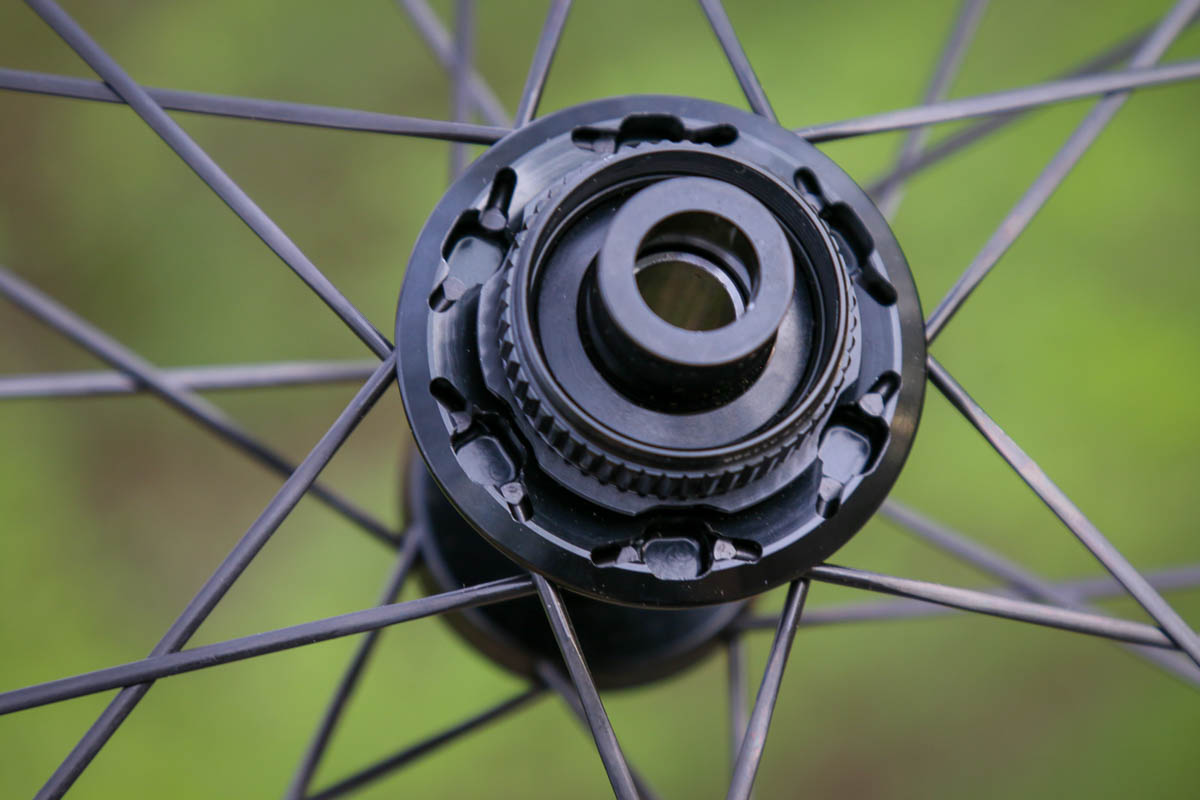 Bontrager’s take on the DT-240 EXP is one of my favorites thus far. They play up the flange and give a shield over the spoke head – this adds some cool extra styling that sets it apart from the sea of straight-pull aesthetics. They also use a unique straight pull spoke with a larger spoke head that wedges into the cutouts in the flange. 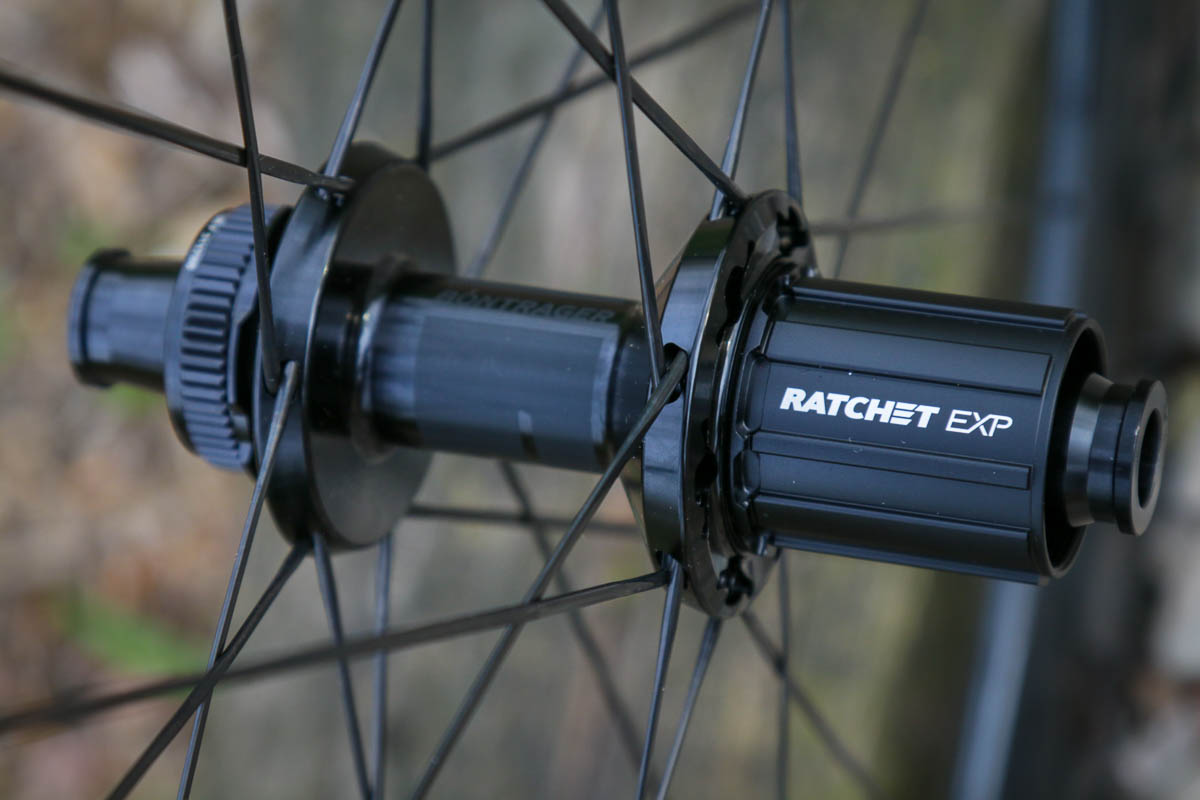 The hubs come stock with 12mm endcaps and a 11spd freehub body. For those curious, the end caps can be swapped for 15mm, and the freehub body is compatible with other Ratchet EXP freehubs like XDR.

Bontrager relied heavily on super computers to run the whole design process in 3D. Previously, they would start with a 2D process, and only move to 3D once they were closer to the final design due to computational constraints of doing the whole thing in 3D. Now though, the Bontrager team has the resources to start off using 3D CFD (Computational Fluid Dynamics) and letting the program run constantly for months, testing thousands of new iterations. 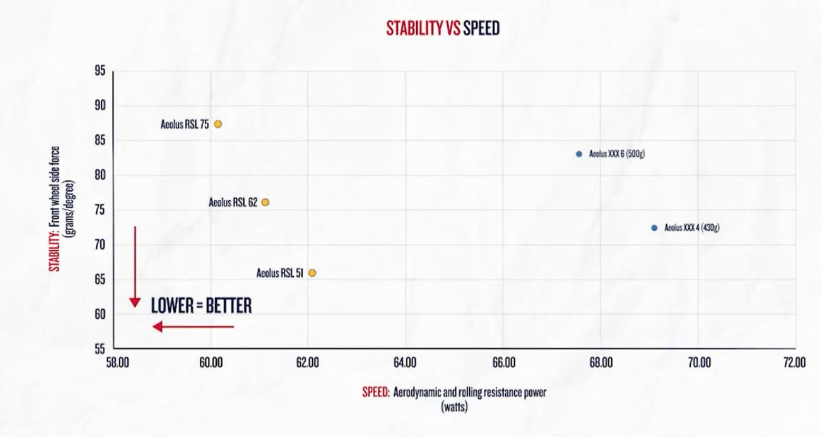 When Bontrager took the first prototypes to the wind tunnel, they claim the results were even better than what they were seeing in CFD. Like off the chart better. Better yet, Bontrager makes big claims by saying that they improved on both low yaw and high yaw conditions which usually has a trade off between the two. 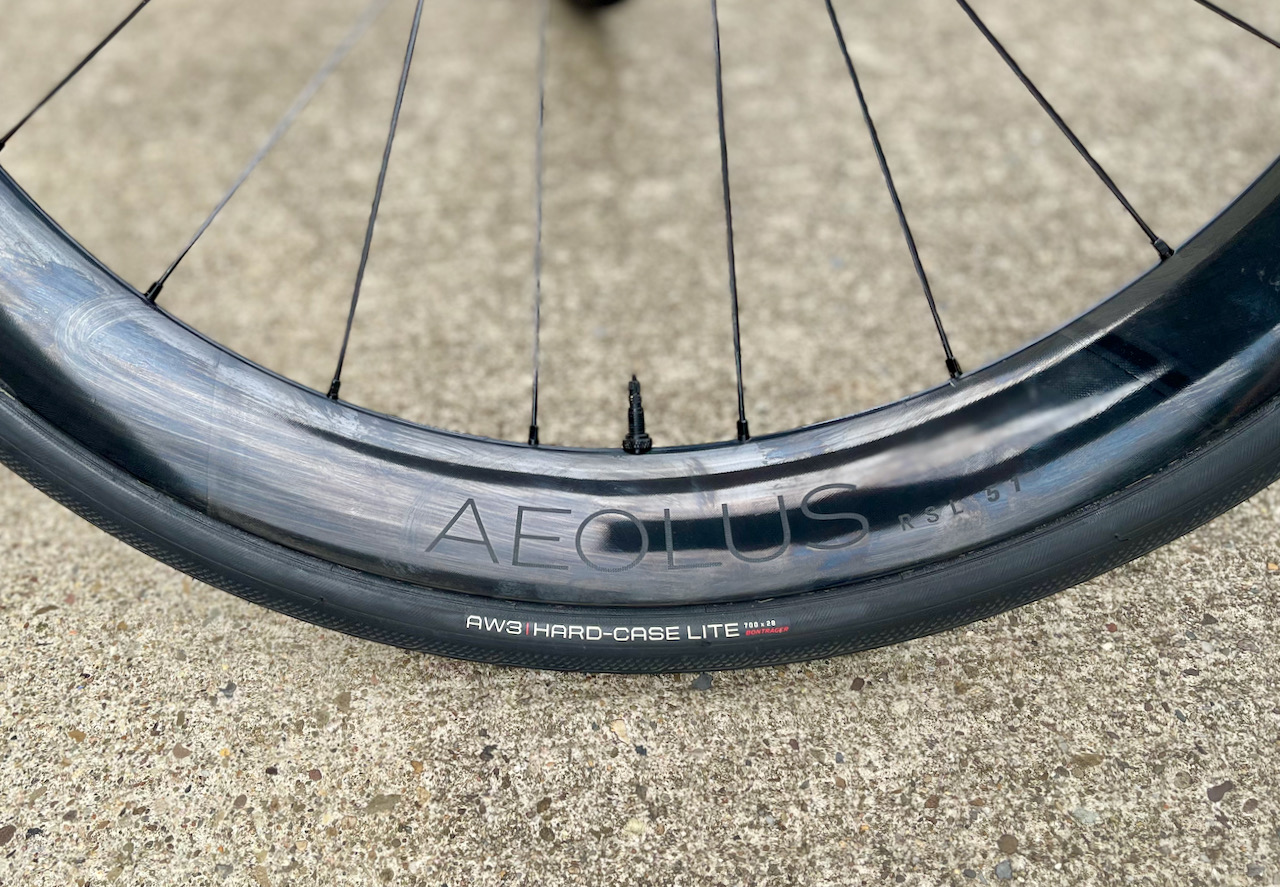 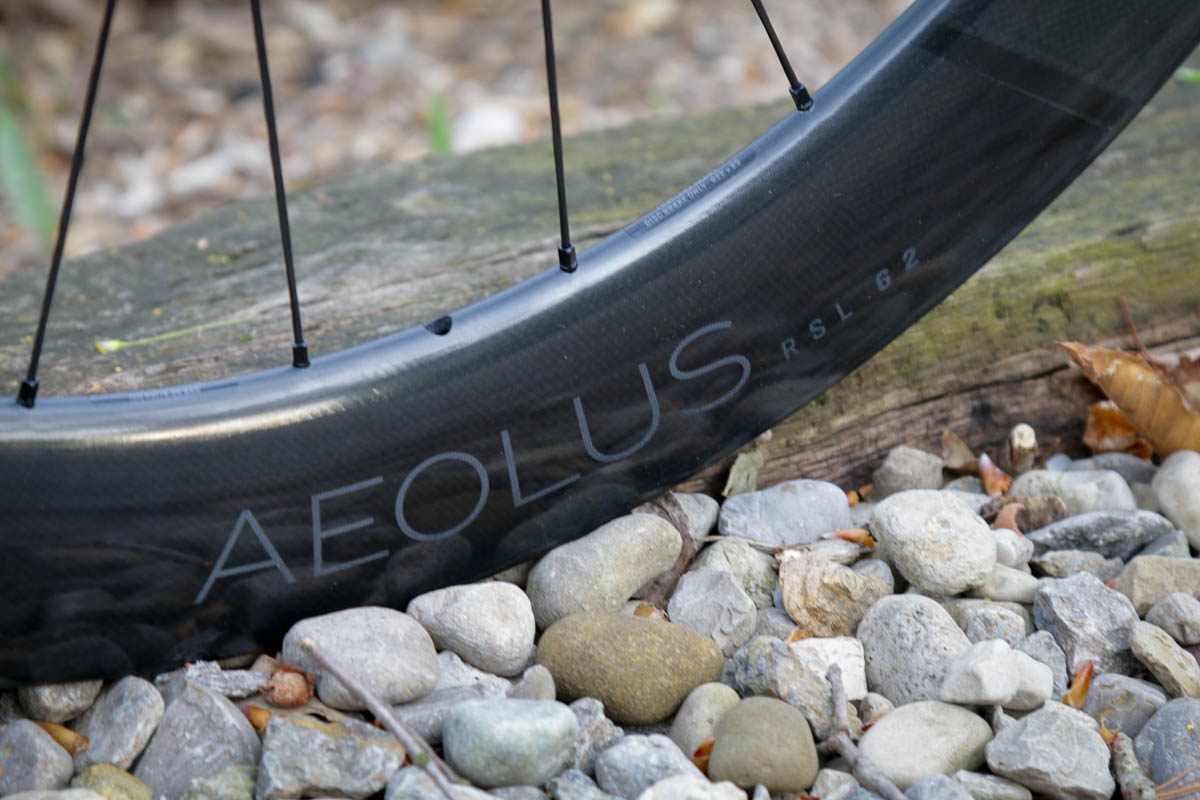 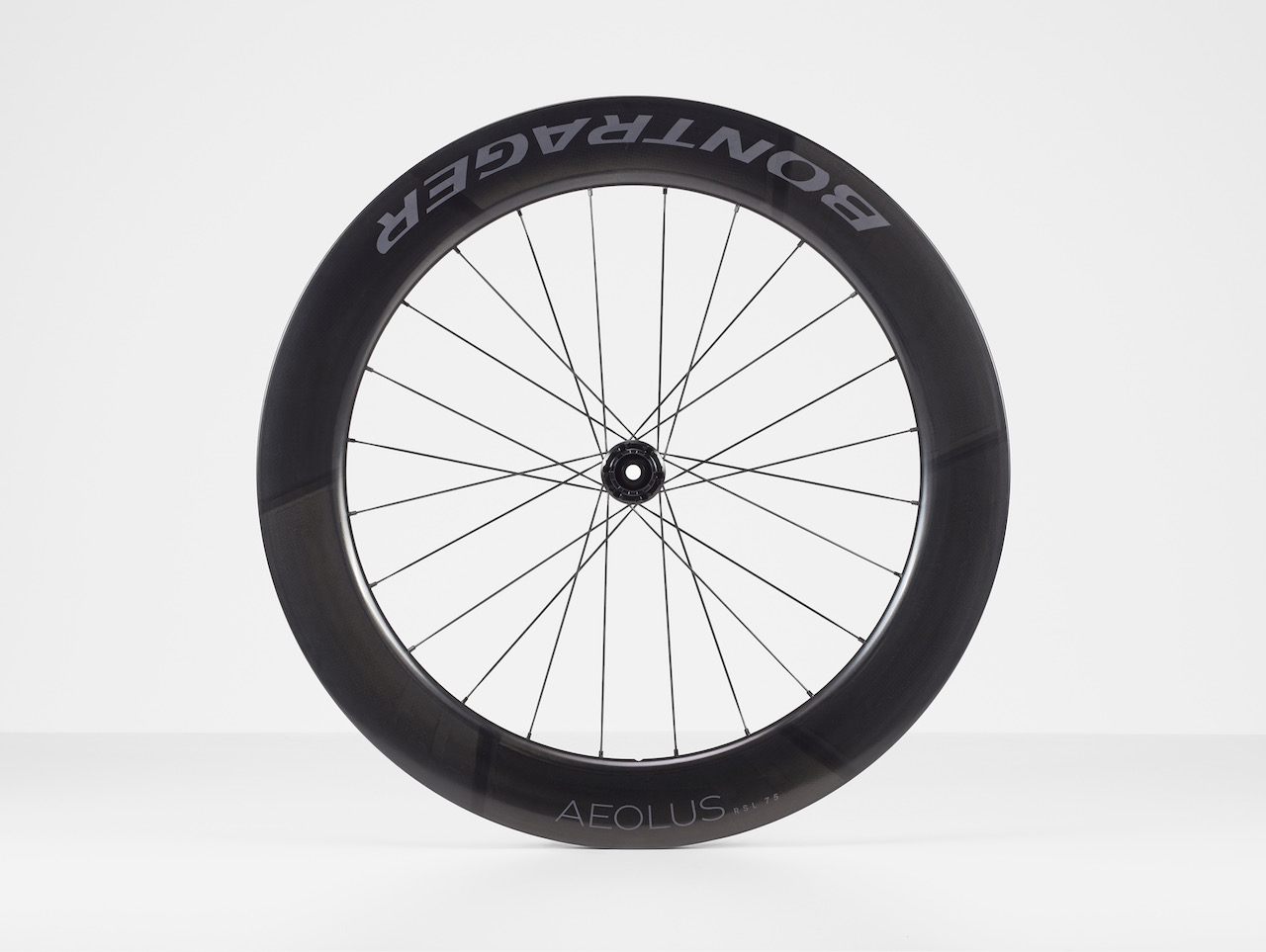 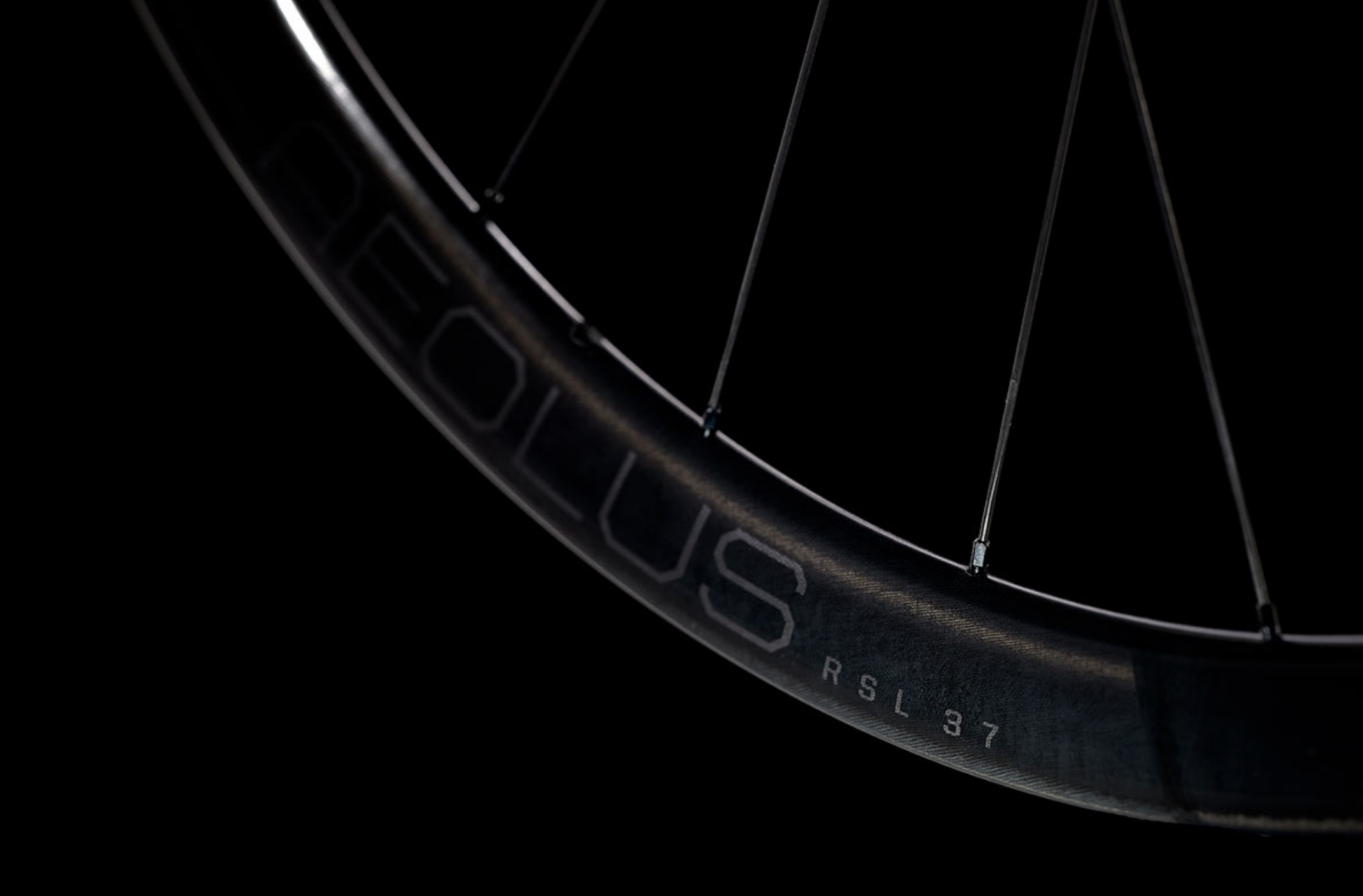 Clincher only – Tubeless or Tubed 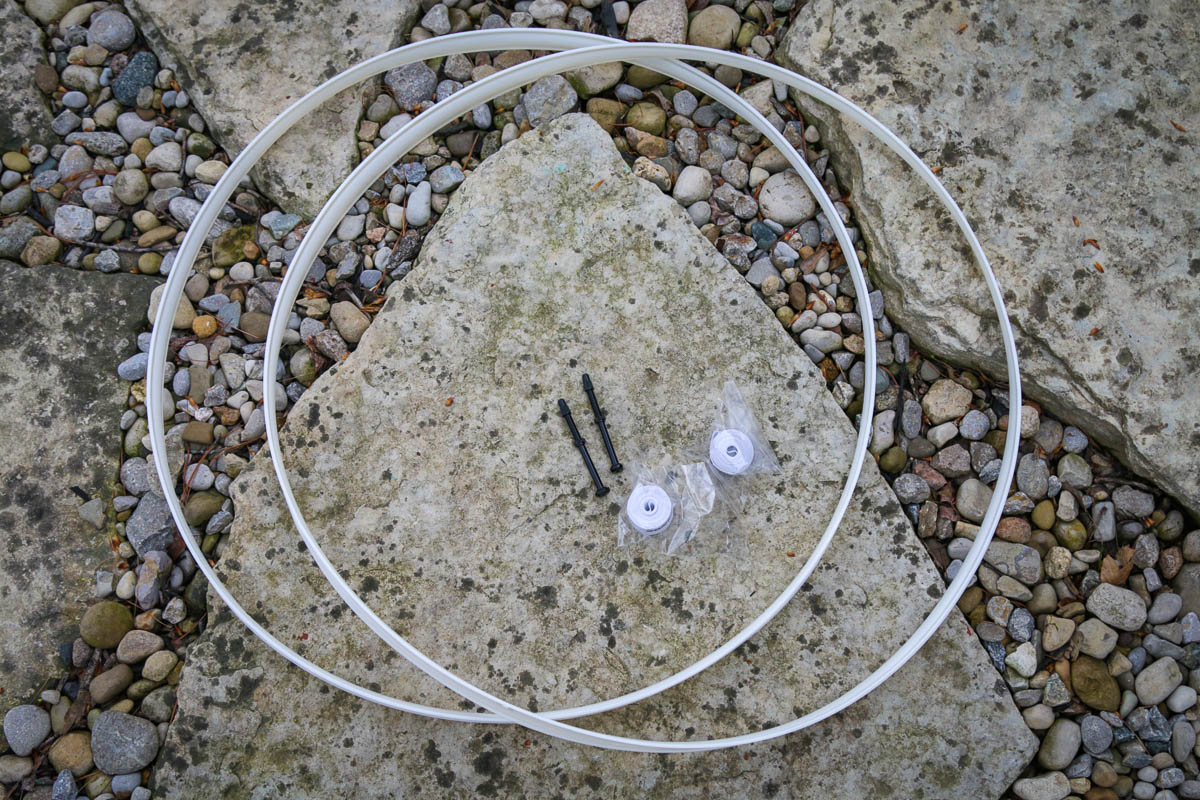 All Bontrager Aeolus RSL wheels are only offered as tubeless ready clinchers. As usual, the wheels include the plastic Bontrager TLR rims strips and tubeless valves, as well as a rim strip if you want to run tubes. You can also run tubeless tape instead of the strips if you want a lighter set up that’s a bit more involved to install. 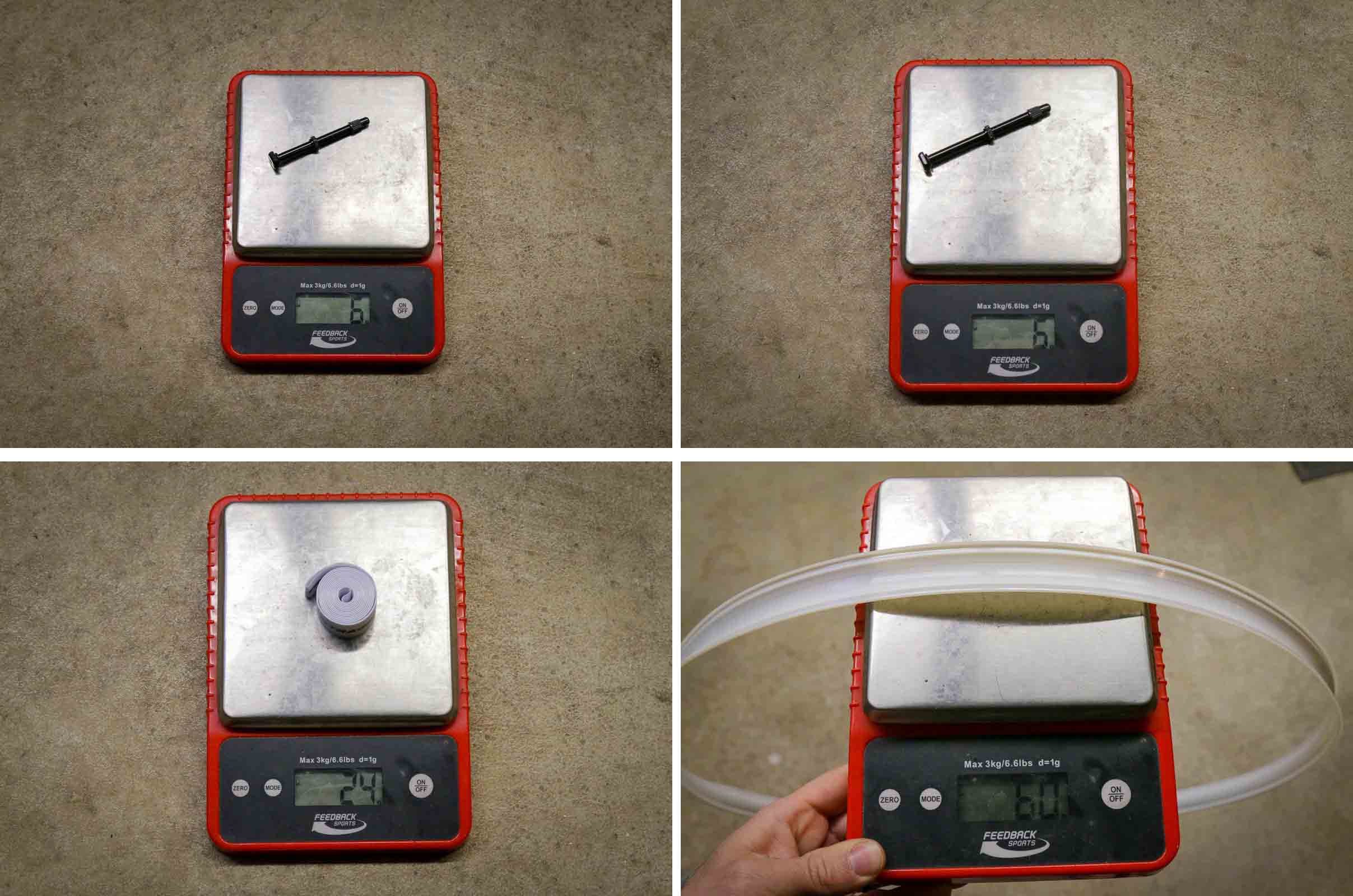 The Bontrager rim strips that come with the wheels are hefty. They make installing a tubeless tire with a floor pump easier but they pack some weight at 60g/per wheel.

The wheelset carries Bontrager’s Carbon Care Wheel Loyalty Program. The program offers riders free replacement for any riding damage in the first two years of wheel ownership – Which is a great deal because these wheels are not cheap at $2,400 per pair. 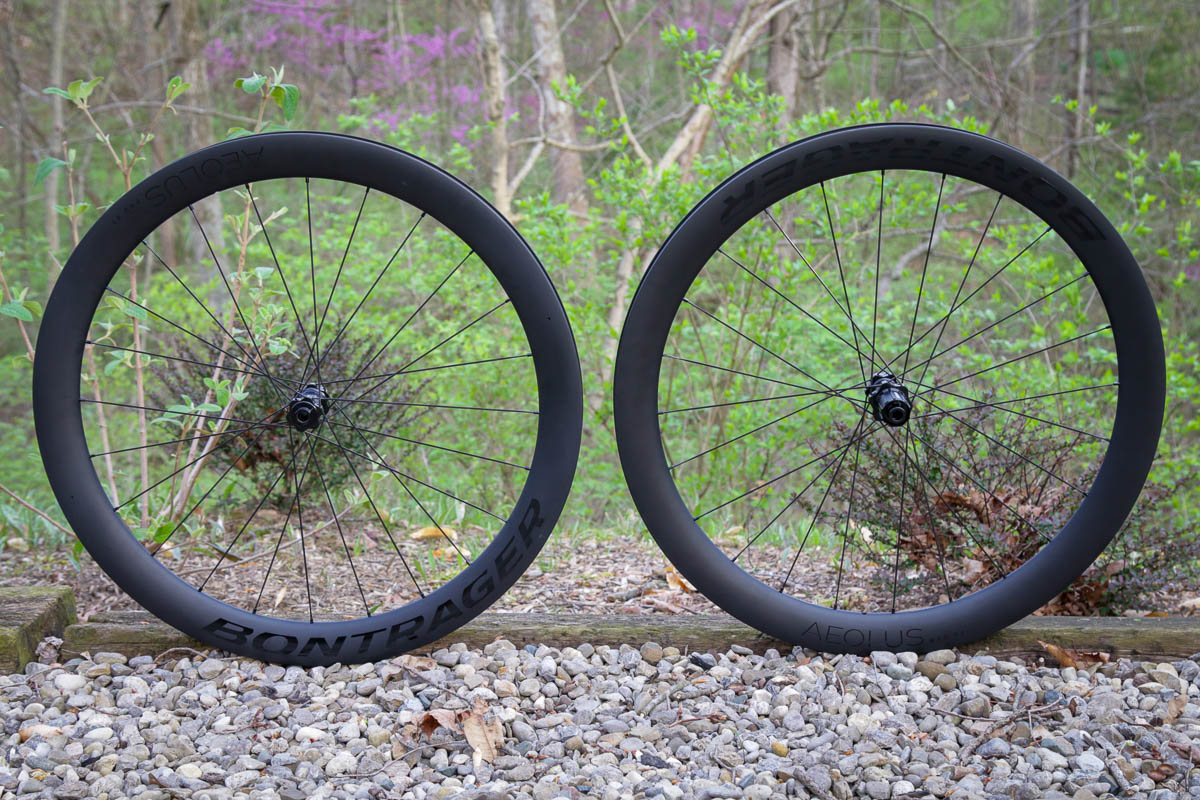 Aerodynamics on a budget

Not everything that Bontrager released today is out of reach of the working class cyclist. The new super aerodynamic Aeolus shape made it to the line of workhorse aero Bontrager Aeolus Pro wheels.

The Bontrager Aeolus Pro 51s come in at 1612g without values or plastic rim strip.

The new Bontrager Aeolus 51 Pro wheel is the counterpart of the Aeolus 37 Pro launched with the RSL 37 last June. A very respectable build and with a similar rim – this wheelset could steal the show. Switching from RSL OCLV carbon to OCLV Pro Carbon, the Aeolus 51 Pro shares the same rim profile as its RSL brethren. 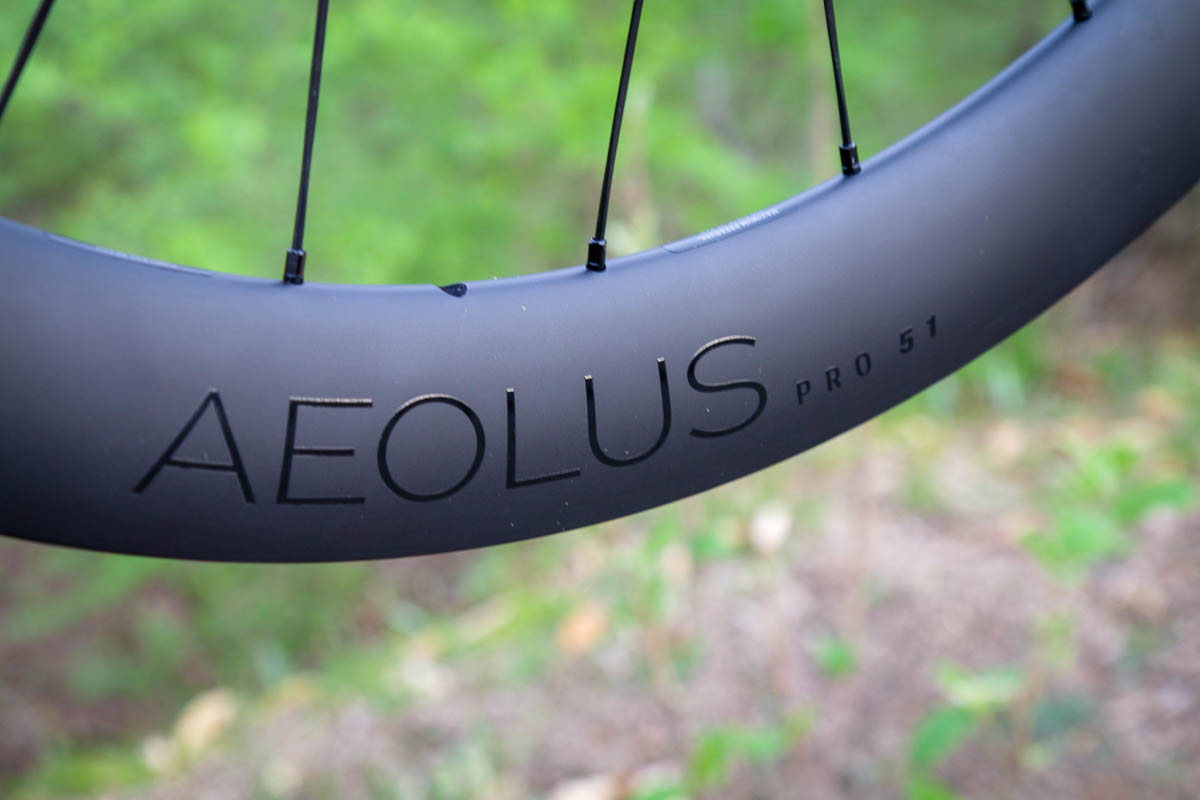 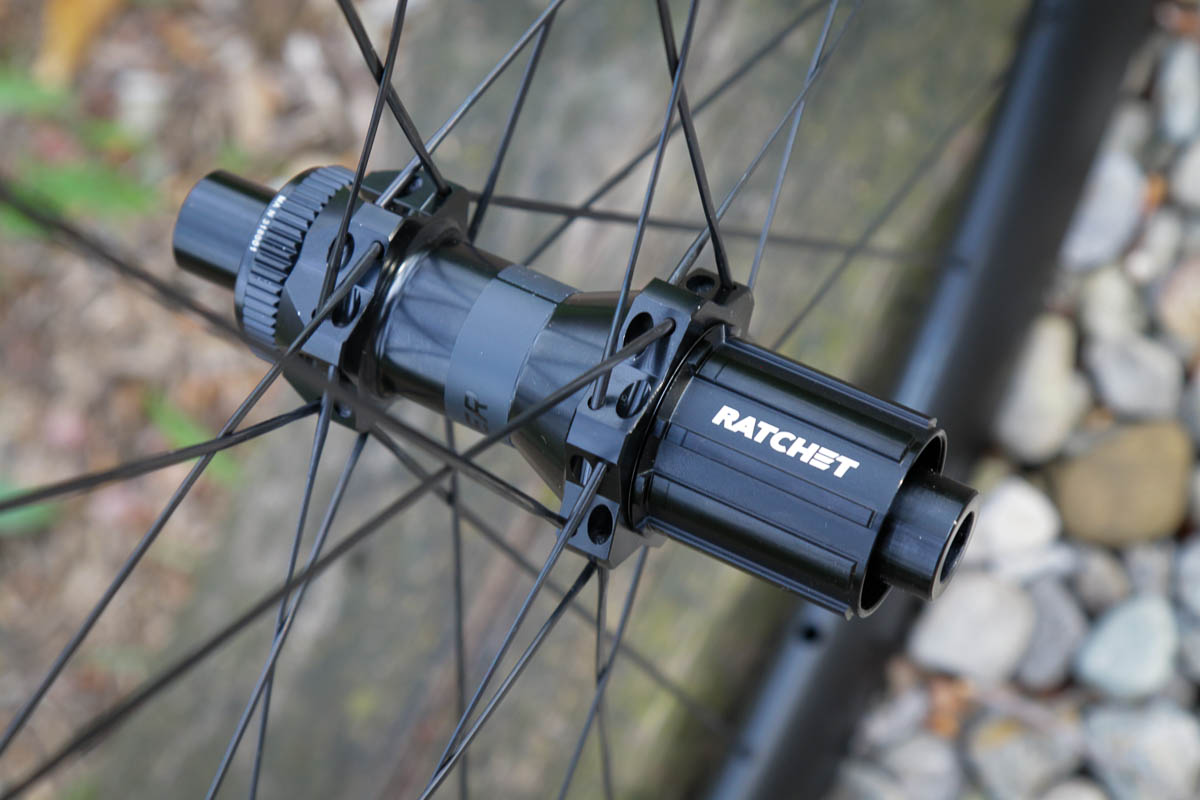 The hubset is a sturdy Bontrager build with12mm thru-axle DT-Swiss 350 internals and a 36 tooth star ratchet (and more standard nail-head straight pull spokes). The rim is tubeless-ready and boasts the same 23mm inner and 30mm outer as the RSL 51 wheelset. 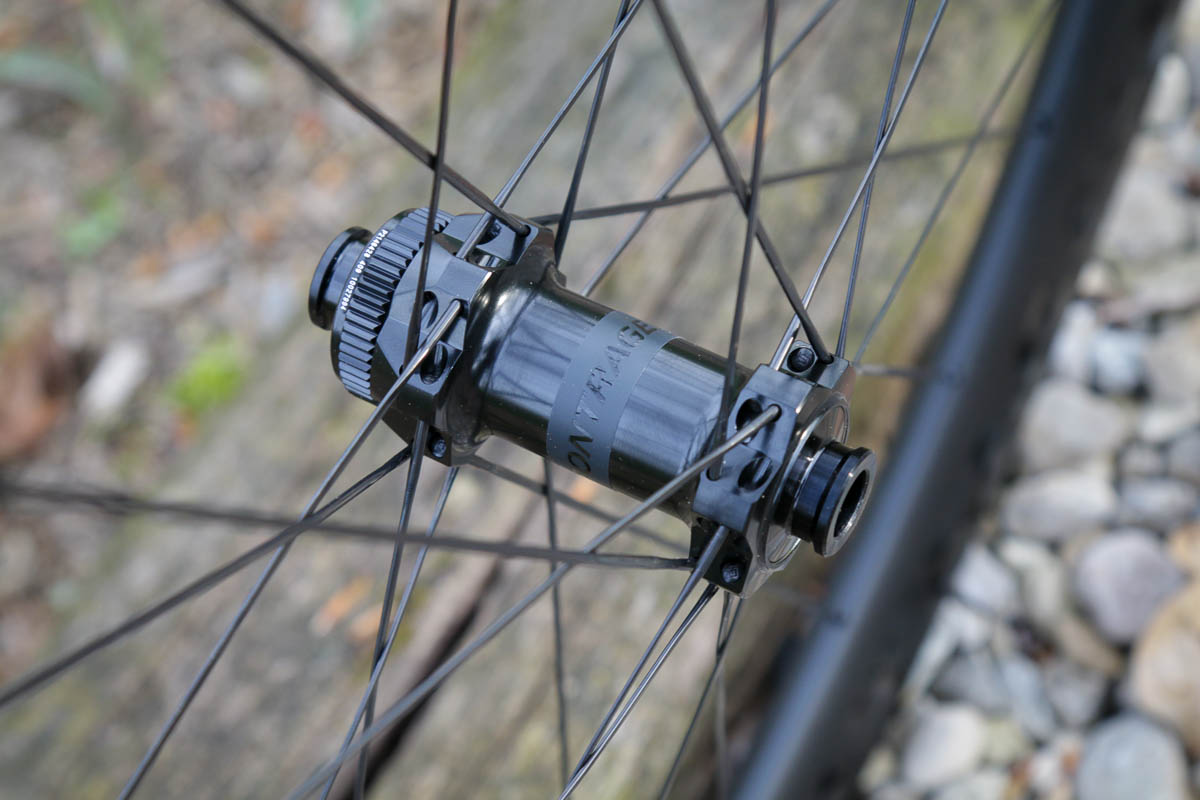 The new Bontrager Aeolus Pro 51 wheelset weighs in at a claimed 1590g/set – nearly 200g heavier than the RSL 51 version. The build is robust, and it’s not always the wheel’s weight; it’s how it spins at speed. Maybe you can feel a little bit faster knowing you saved $1,100 for going with the Aeolus Pro over the RSL. 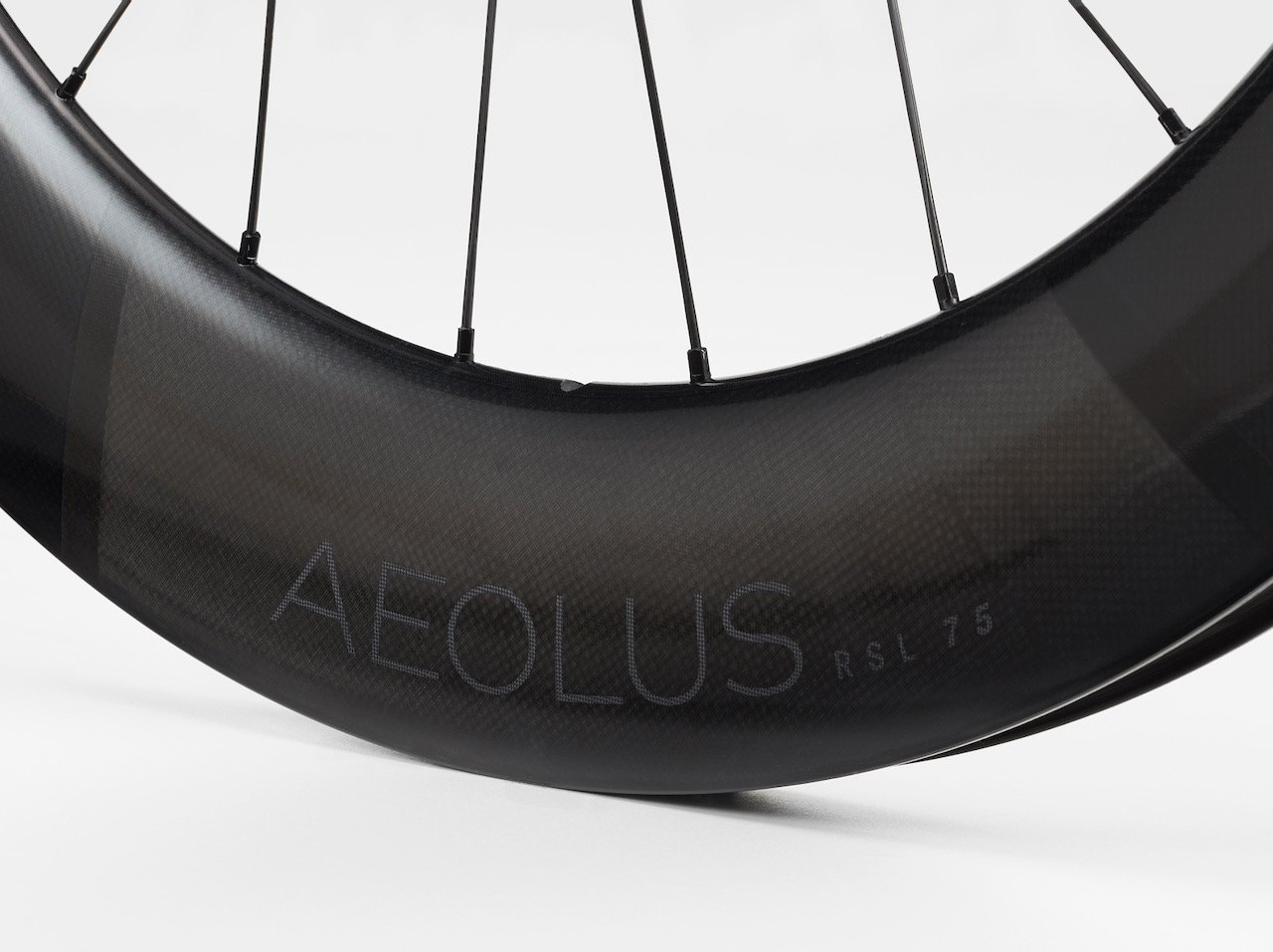 The Aeolus RSL and Aeolus Pro wheelsets are available for purchase now at your local Trek or Bontrager dealer. 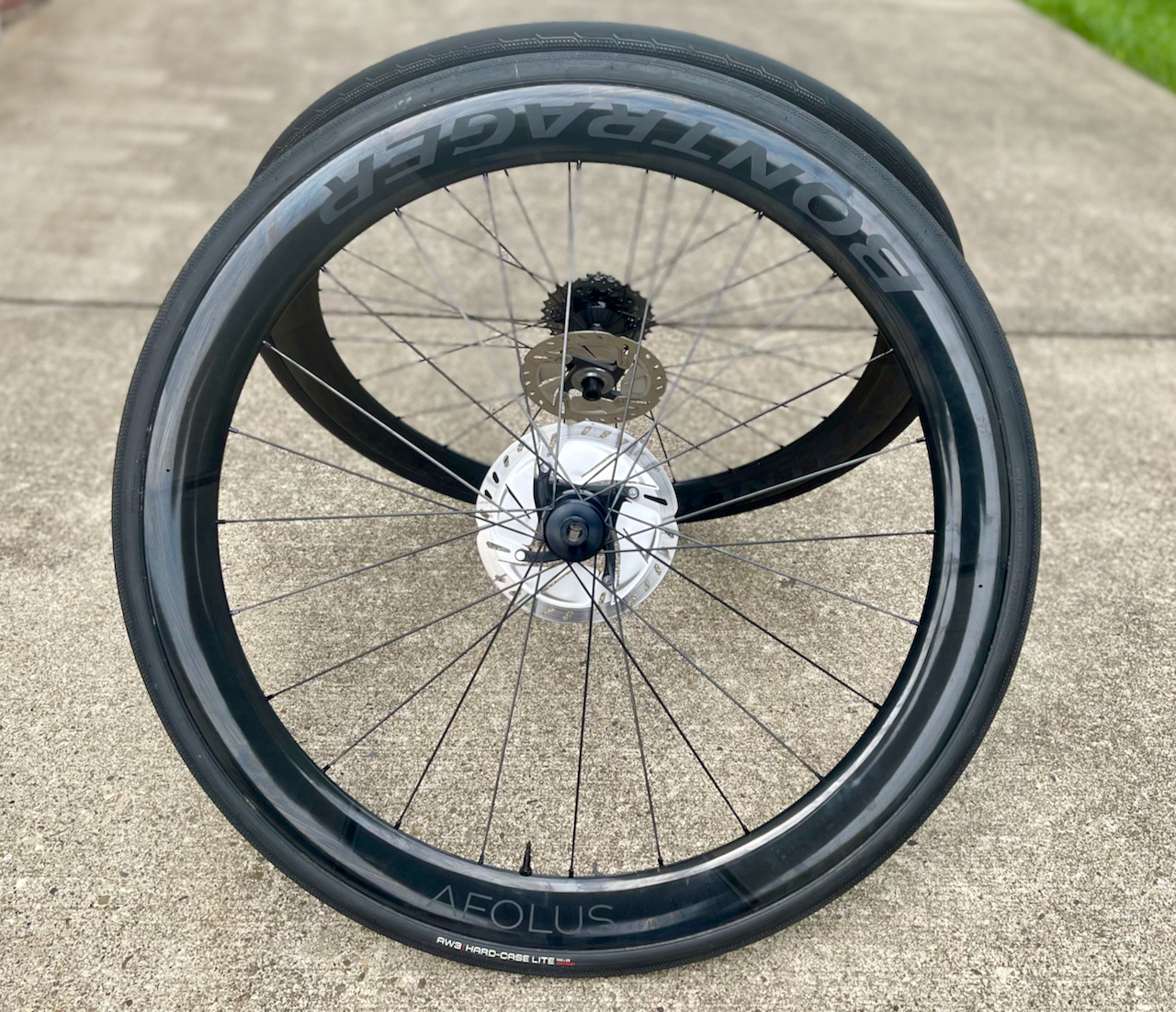 Stay tuned for a full review of the Bontrager Aelous RSL 51 and 62 models.

“They also use a unique straight pull spoke with a larger spoke head that wedges into the cutouts in the flange.”

Hard pass for the “average rider” looking for every day wheels to last a while. There’s no reason to make a proprietary spoke like this in this day an age – this is just going to be a part that’s unnecessarily hard to source a replacement of in 3-5 years.

Is it actually proprietary? It looks a lot like the T-head. Not the most common but not unique.

Yeah, i don’t think it’s proprietary, Trek/Bontrager have a tendency to call their stuff “proprietary” even when it’s not, like the OCLV carbon; which everyone can get from Toray or Hexcel (depending on OCLV series) if you ask for it & low void molding isn’t anything unique/proprietary to Trek

So yeah, best take “proprietary” with a grain of salt

For me it looks like a standard straightpull spoke, probably from DT, since they provide hubs for Bontrager. So I see no problems with later swaps.

Mr. Walrus, the spokes are not proprietary. They are DT’s T-head that are featured in their DICUT wheels, same hubs too. Actually their T-head spokes have been around for quite some time. Lacking investigative skills leads to presumptions.

Are these hubs using DT internals also made by DT? Part of the longevity of DT hubs is the precision of the hub shell. Are the 3rd party hubshells the same quality as DT hubshells?