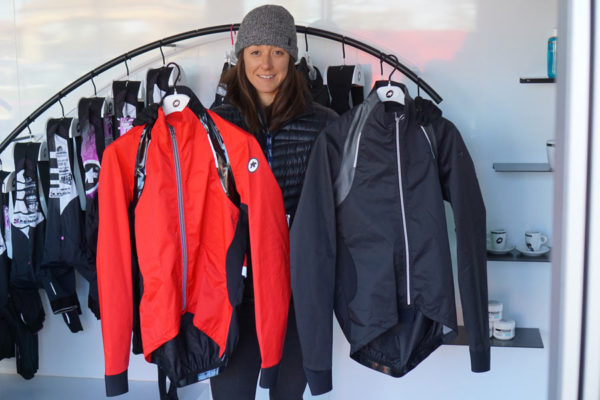 It’s almost embarrassing how long its been since we’ve properly covered Assos, and they’ve seen quite a few updates since the last time they attended PressCamp. The brand was purchased by a U.S. investor, they’ve brought about more goods at the “affordable” level without watering down the premium aspects, and they launched a complete mountain bike line. Now, with offices and people in Canada and Utah, we’re hoping for more frequent communication because we’ve always been fans of the product.

Shown above is the RS sturnPrinz Evo rain jacket, with the new ProfBlack version on the right. The original design used a shiny insert along the raglan sleeve seam, but the ProfBlack versions of their clothing use a matte black material rather than shiny and mutes all of the logos for a sleek, stealthy black look. Close up and much more below. 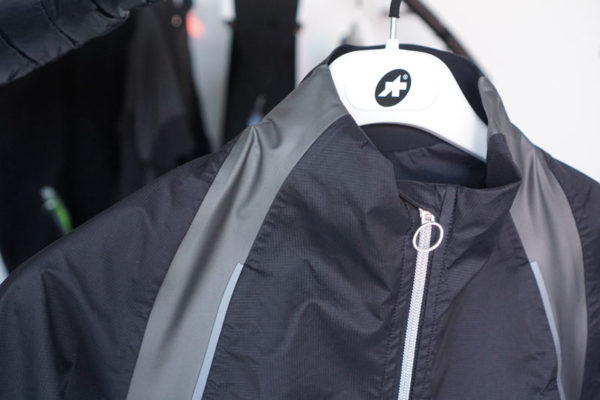 The sturmPrinz Evo jacket retails for $539 and was, for years, only meant as an internal project. The reflective panels are also stretchy to enhance movement, and the jacket is meant to protect against rain and wind without also trapping all of your sweat vapor. Two giant vents in the rear double as access slots to reach your jersey pockets underneath. The rolled collar with zipper garage keeps your neck from getting chafed by seams or cold, hard metal. It’s just loose enough to be worn over a long sleeve softshell cycling “jacket” for more insulation, or on it’s own just to block rain. You’ll find the ProfBlack material across many of their items. 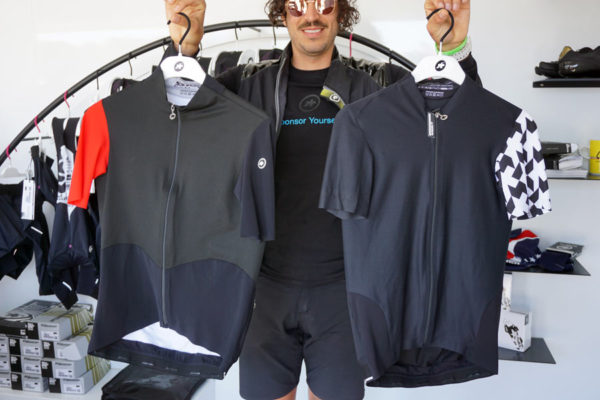 Cento is their slightly more relaxed fit line but with very high end materials. It gets updated with a stretchier lower half, reinforced pocket structure and two-way sideways only stretch on the back to prevent sagging. Retail is $219. 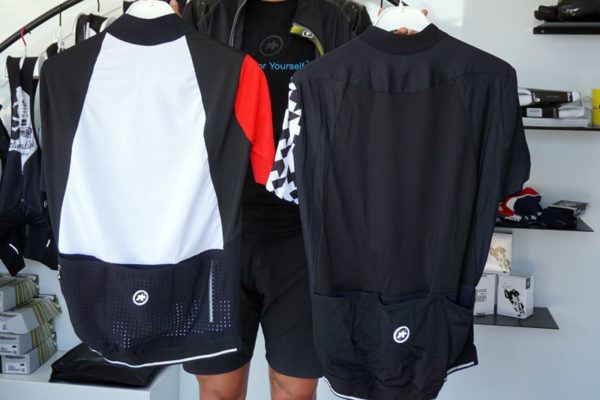 Equipe goes with their entry level race short. It’s a thinner material that’s lighter than what they’ve typically done to make it more of a race piece. It gets the same cut as what Nino and his team raced last year, including in the Olyympics, just in different materials. Sleeves are forward set to fit beat when you’re in the riding position, which also makes it more aero and with less bunching while riding. 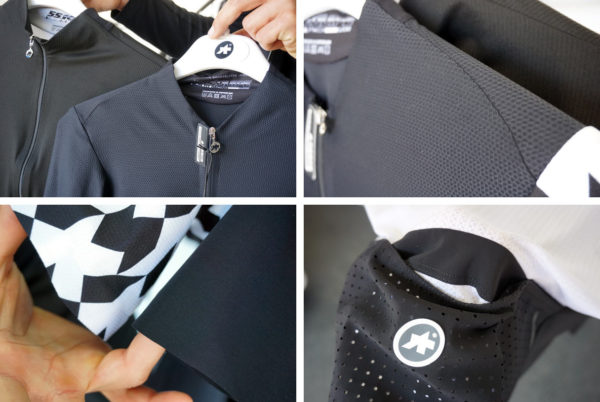 The Equipe has a 2-way stretch rear with 4th zip pocket. Retail is $169 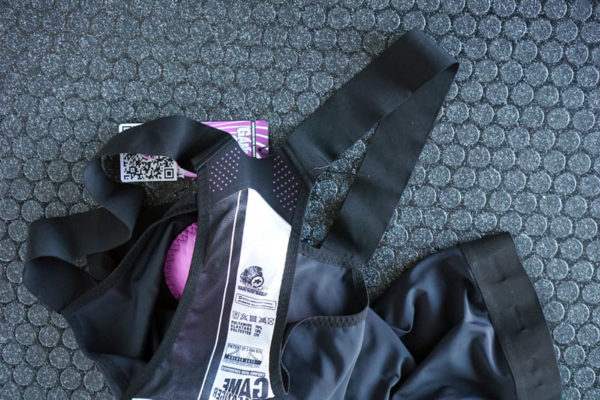 They’ve reintroduced the Mille short, one of their most popular past items. It’s a comfort fit meant for all cyclists, and it’s just $159 (bringing them into the more affordable premium range). But it’s not short on features. It’s still made in the same factories as their highest end stuff by the same people. The differences are materials, but it uses their “Golden Gate” chamois attachment, which does away with the side stitching to reduce chafing. 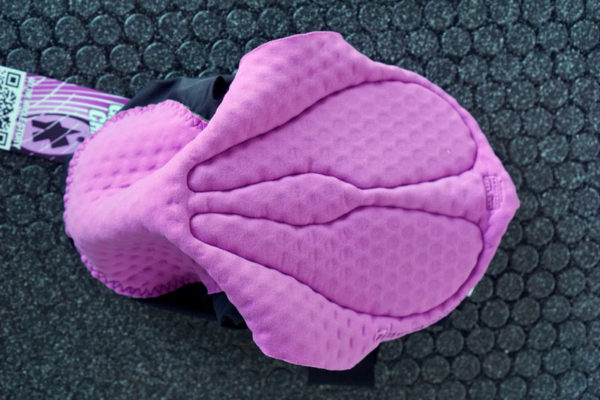 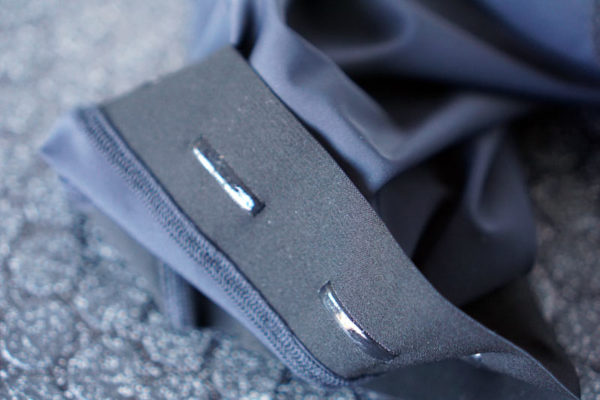 Pro versions get more compressive Lycra, and their chamois get more shaping to work with an increasingly aggressive riding position as you go up their ladder.

I have a pair of their six thousand dollar socks and there’s nothing better.

Why on earth do their chamois look like they were made in a college “sewing class”? I gather they are “good” but man do they look no-tech for the $ charged! Castelli, please!

They may look funky but are aeons ahead of Castelli in terms of comfort and fit. The Progetto X2 looks fancy with all the stuff printed on it but nowhere near Assos level of performance (I have the Castelli Mondiale and Assos Cento S7).

“Castelli please” said the person who has never worn Assos. Sarcasm aside, you’ll burn your Castelli bibs after buying a pair of real bibs. Stretch for the T-Cento model, it is worth every penny.

The entry level Mille Bibshort discussed in this article blows away anything else I’ve tried in a similar price range.

It’s not new at all though just renamed, the NeoPro bib they were selling at that price point for the last few years is identical.

So I recently joined the ASSOS boat and have several pieces ranging from Summer – Winter. I’ve been wearing the Neo Pro S7 shorts since my indoor training time just this past winter and I have to say it’s the comfiest “cheapest” bibs I’ve owned. Suffice to say it’s getting beat but it hasn’t lost much of the Neo Pro compression (which isn’t much).

I’ll be using my Equipe S7 shorts soon. I’ve used them maybe 2-3x on the trainer and cannot wait to break them in outside.

If the Mille’s are just rebadged Neo Pros I’d recommend them to anyone.

PS
their customer service is pretty good too. I crashed on my Bonka jacket and they replaced it because it was beyond repair.

The mille is mostly similar to the neopro, but the bib straps are sewed in a couple cm wider to accommodate more of a true comfort fit.