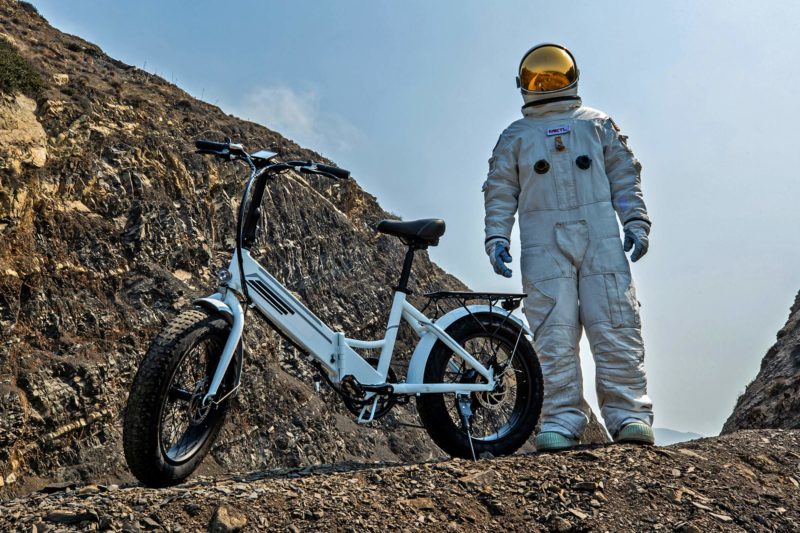 Space-age, no-flat tires take one more step for cyclist-kind with updated airless SMART METL tire prototypes that are lighter, cheaper, and more versatile. Developed for NASA Moon & Mars rovers, the same shape-memory nickel-titanium metal mesh promises a more durable tire for bikes that can mimic the comfort & ground-hugging of a pneumatic tire, but without the pesky air inside. Now, a new generation looks more like a tire, and more like something we could see becoming a real replacement for conventional bicycle tires… 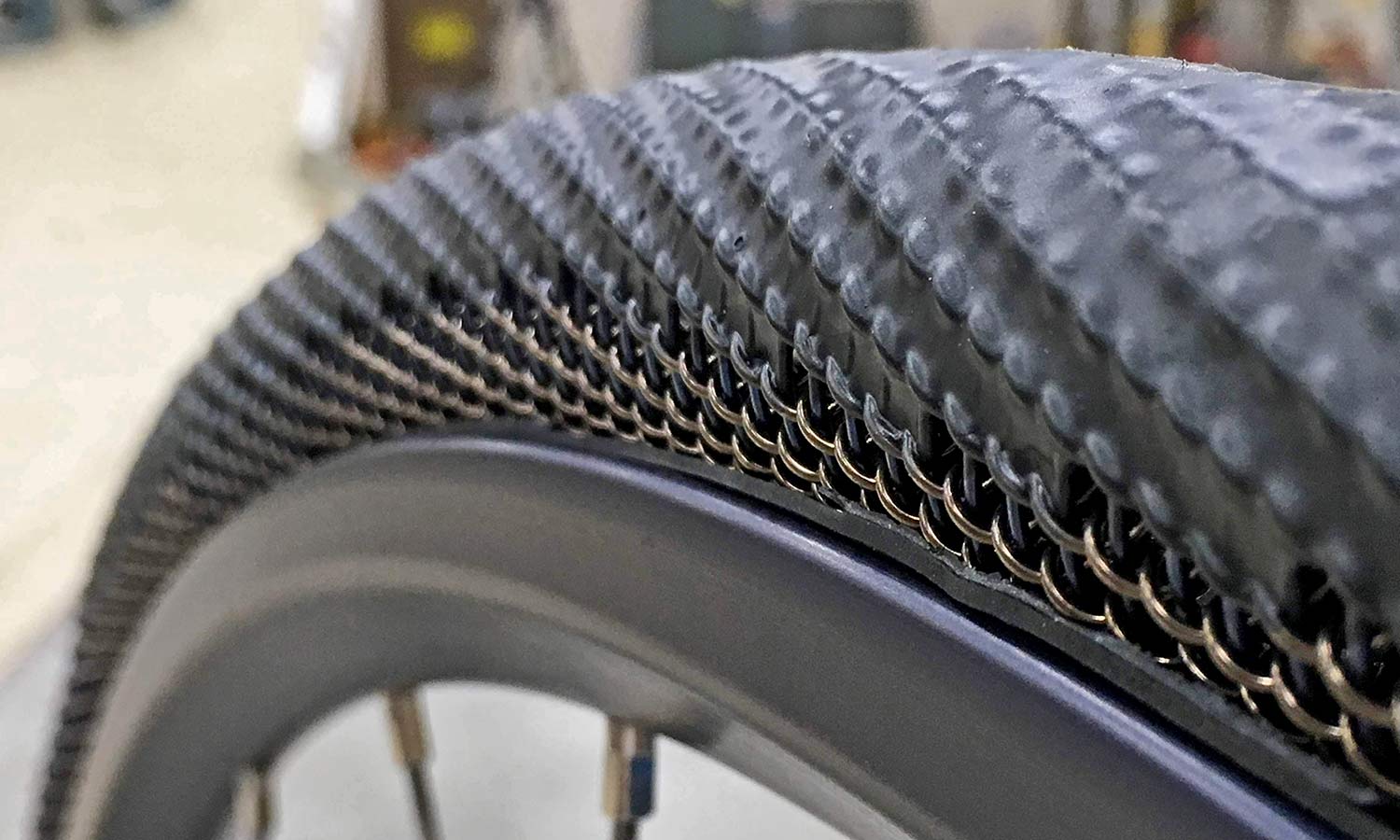 The SMART Tire Company was on Shark Tank over the weekend pitching their latest & greatest version of airless tires – apparently, also to comedian Kevin Hart, who was celebrity guest-Shark. And now, SMART tires look to be much improved and much closer to reality. The latest METL tire prototypes are now 50% lighter than when we caught up with it last spring, plus it now actually incorporates a rubber tread for grip, and is said to be cheaper to make at the same time.

(Note: Just to get the acronyms out of the way, SMART & METL are both abbreviations – for Shape Memory Alloy Radial Technology & Martensite Elasticized Tubular Loading, respectively – referring to the unique properties of the tires NiTinol metal material that allows it to flex and return to shape.) 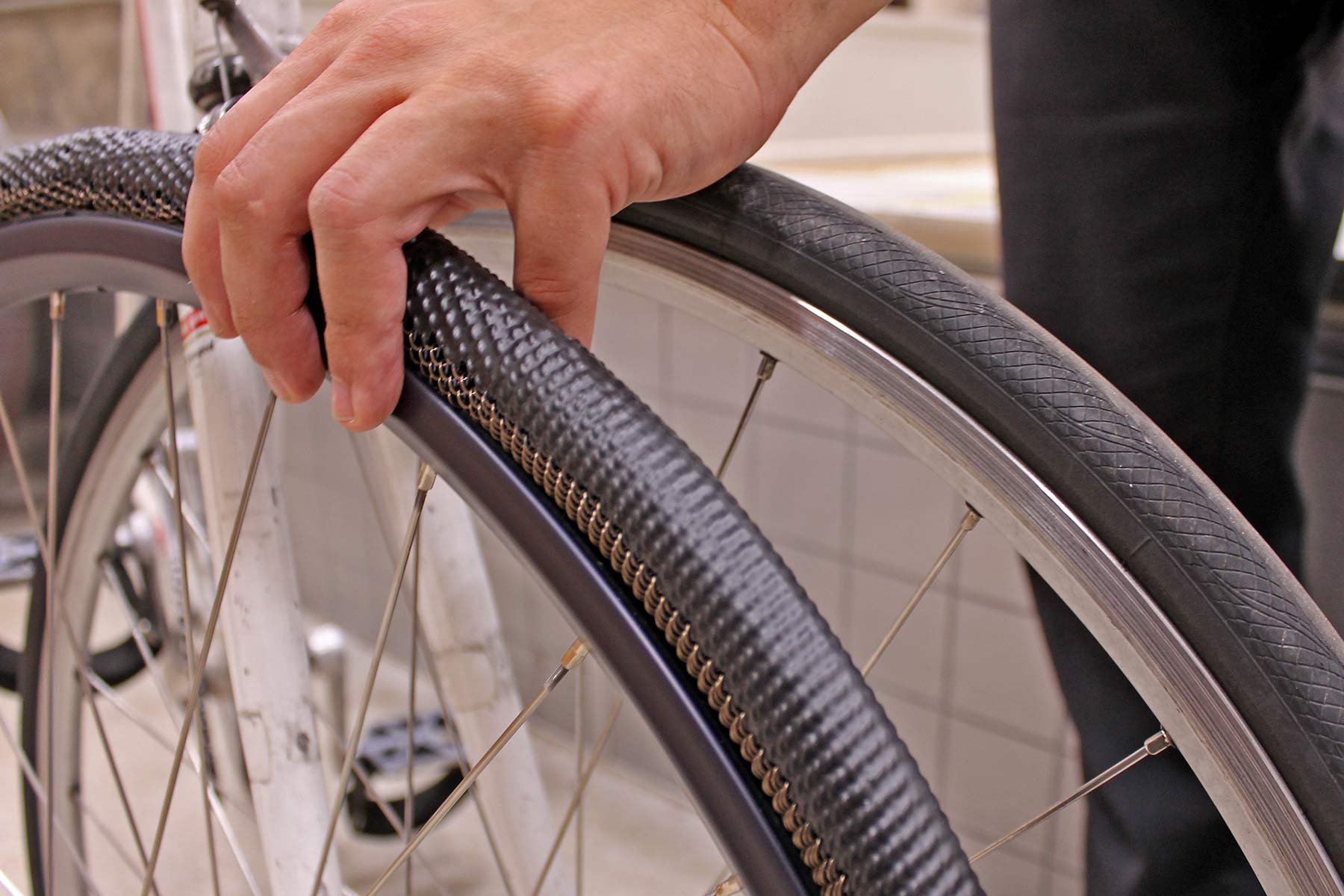 One of our real first thoughts about the original woven mesh design was how that would translate to grip on various surfaces – from smooth asphalt to irregular gravel to hardpack dirt & mud. Now it seems that the development team behind METL tires has come up with a solution that bonds a more conventional rubber tread atop their unique structure. It is described as using less rubber than a conventional tire, and is designed to be re-treaded when the rubber wears down. 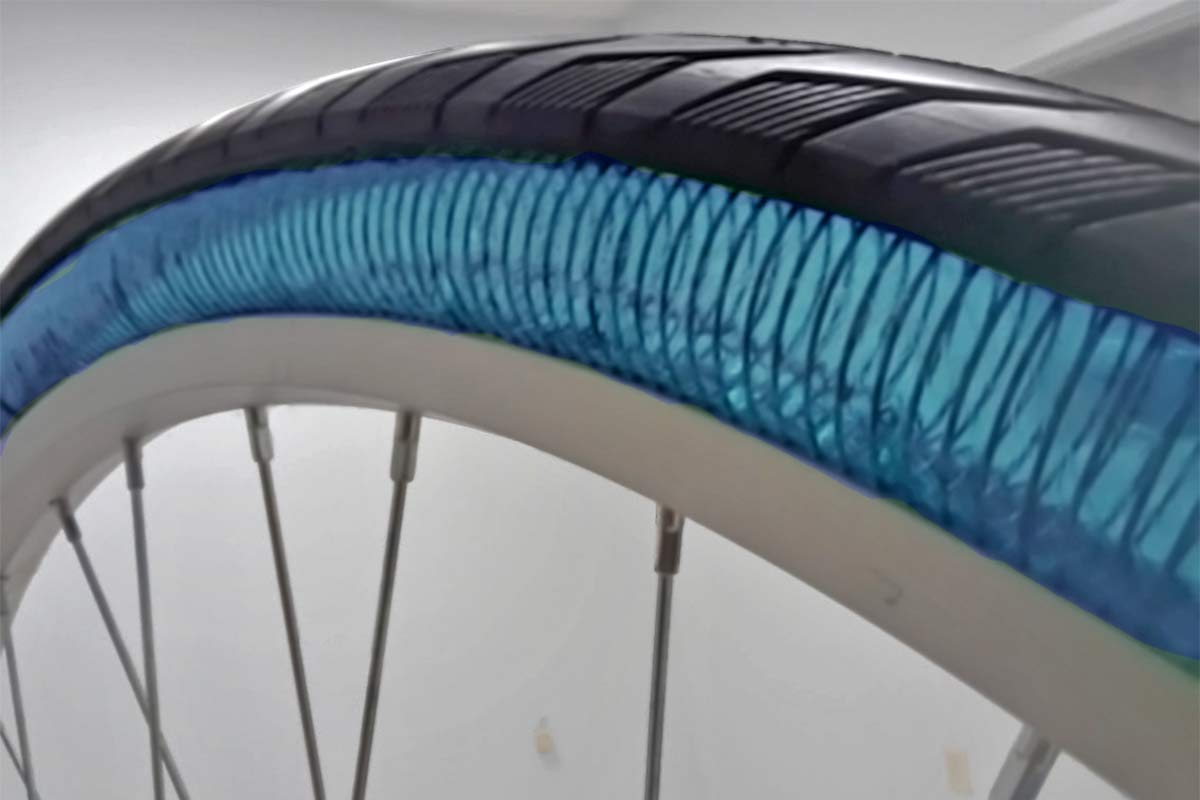 This latest iteration also appears to use do away with the woven metal mesh outer layer that was developed for grip on space rocks, retaining the special phase-changing metal wire coil that provides casing support and allows deflection without air pressure inside. The new tire prototype also now features a closed polyurethane outer sidewall layer to protect the coil and keep out debris.

The redesigned construction means less of the expensive NiTinol metal inside, so the tires will be both 50% lighter and less expensive. 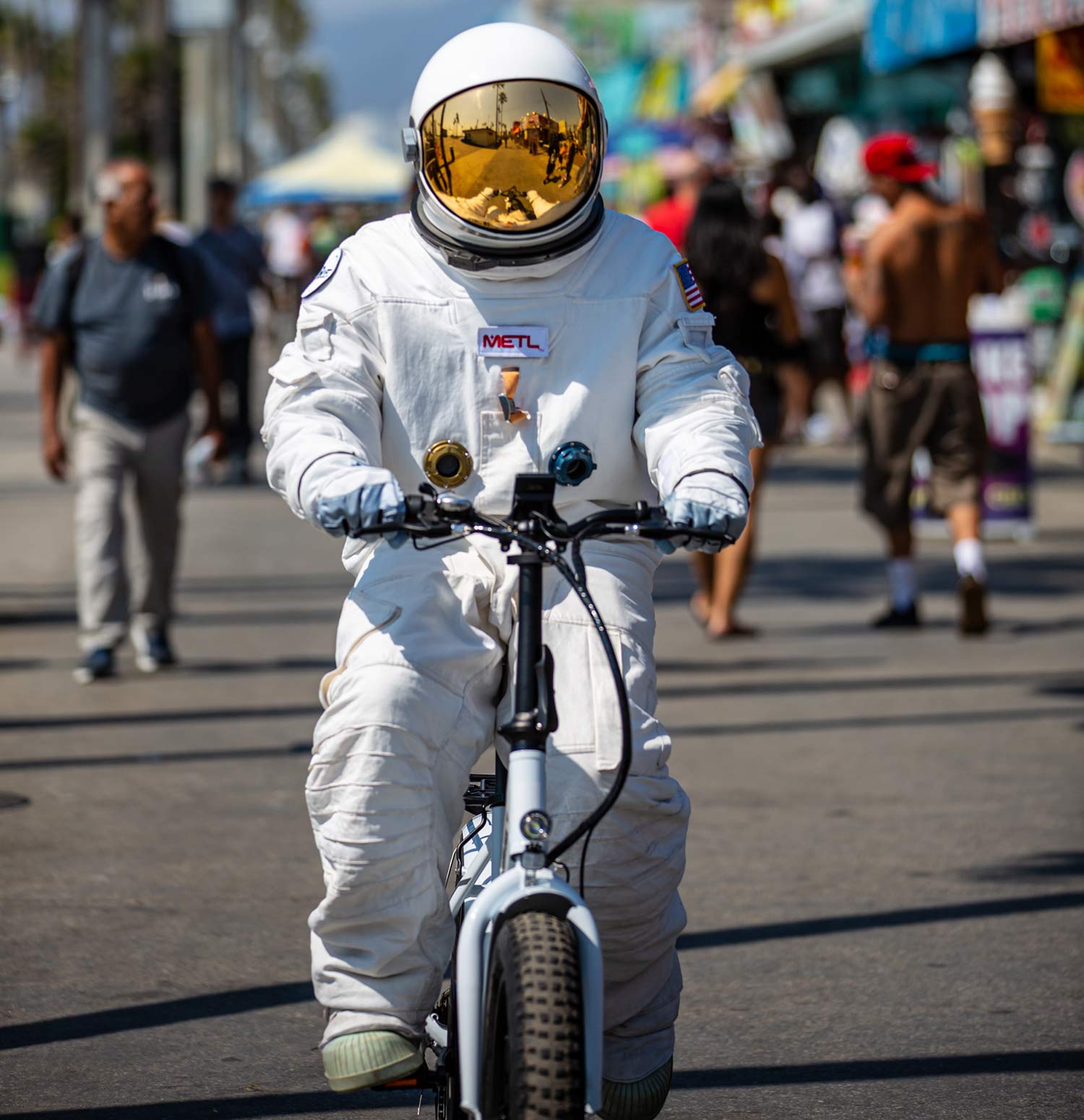 The latest SMART METL tire iteration has a patent-pending, and obviously, they are searching for more startup funding since they were on Shark Tank. Now, they’ve moved on to StartEngine.com where they are attempting to crowd-invest the capital they need to make the tires real. So far, they’ve raised $30k in this campaign, in addition to $1.3M from previous crowdsourcing.

The current plan seems to be to refine development at their Akron, OH headquarters and improve production efficiency through the rest of 2022. From there, SMART hopes to open up sale of their airless bike tires by the end of this year, at pricing between $100-150 apiece for the US-made tires.

“From the first prototype, these tires have shown great promise to revolutionize the cycling industry with high performance and low maintenance. However, our job is not done until they are affordable and can be produced at a large scale. We also set lofty goals that all of our tires would be eco-friendly and made in the USA. This new design represents a major step towards achieving all of those goals“, says co-founder & CTO Brian Yennie.

Glad to see them put the effort in to evolve this technology towards a viable product. The retreading option always seemed like the logical next step. My other question though is if there is any way to tune the ride. Maybe not so much for road, but for mountain and gravel riding, it is common to adjust air pressure to tune the ride for the conditions. I foresee some sort of bladder eventually being introduced, while not loosing the benefits offered with this technology.

I’m Sorry, the space suit stuff is fun, but at the end of the day the is just an absolutely incredible waste of resources that will never lead to a viable product.

I’m also curious to know how deflection energy in this shape memory alloy tyre compares to existing tyres. I’ve seen no commentary on actual rolling resistance tests or even theory on this issue.

Not clear what problem they are solving – unless for the 1% who can afford Titanium tires.

It makes perfect sense for a fleet of bike share bikes, since it eliminates sending people around to keep tires inflated, which very likely would pay for the extra cost of the tires.