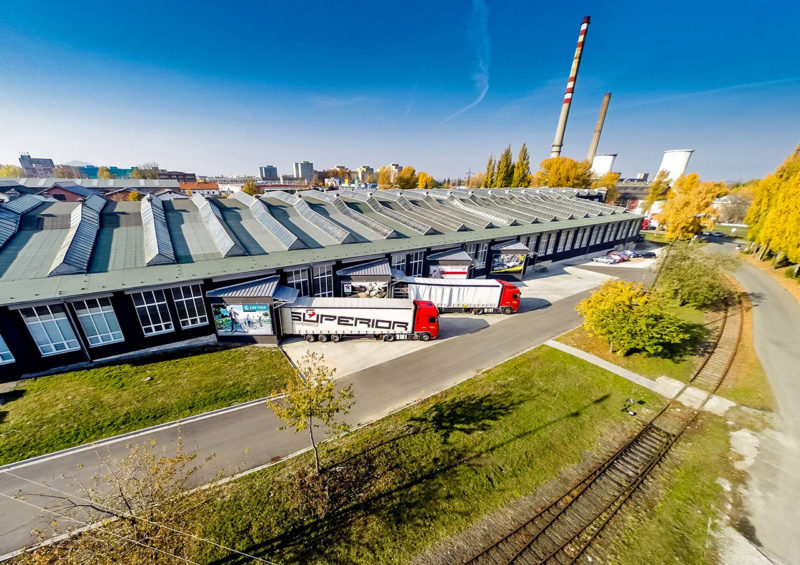 Czech bike producer Bike Fun International shared the shocking news of a literal brazen highway robbery a couple of weeks ago that could set the availability of some of their bikes back a full year! Organized criminals stalked a tractor-trailer being loaded with enough Shimano components to build 10,000 bikes, valued at over €10 million. And then, knocked out the driver at a pit stop en route along a German motorway to steal everything of value while the driver was unconscious. 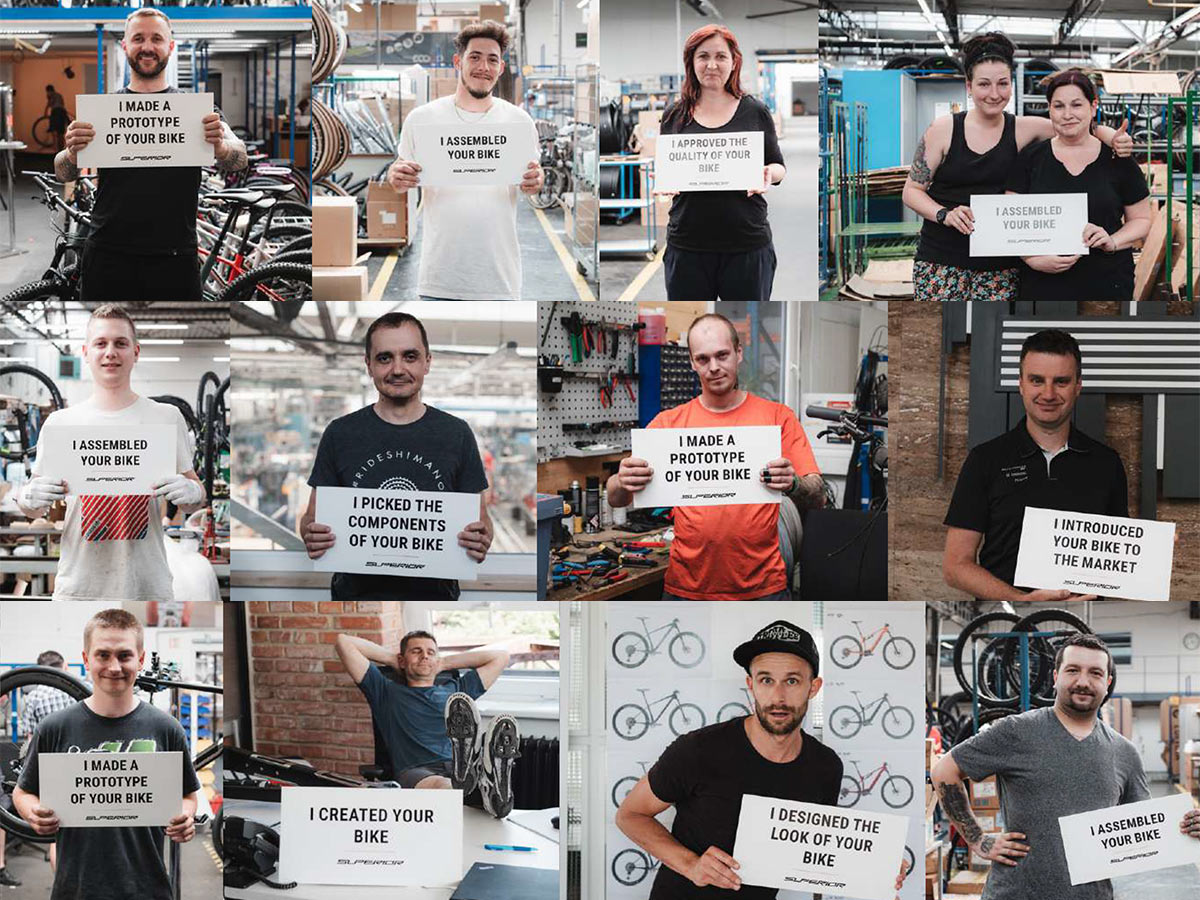 Bike Fun International (BFI) is the largest bike producer in the Czech Republic, with brands like  Superior, Rock Machine & Frappe Cycles in addition to contract production for several other European brands – painting, building wheels & assembling bikes in-house, for a total of over 150,000 bikes & e-bikes built each year.. But now they are suffering from a huge production setback having lost the Shimano components necessary to complete 10,000 bike builds. And with industry-wide supply shortages, even though they were insured for the stolen parts, replacements simply aren’t available

How did it go down? 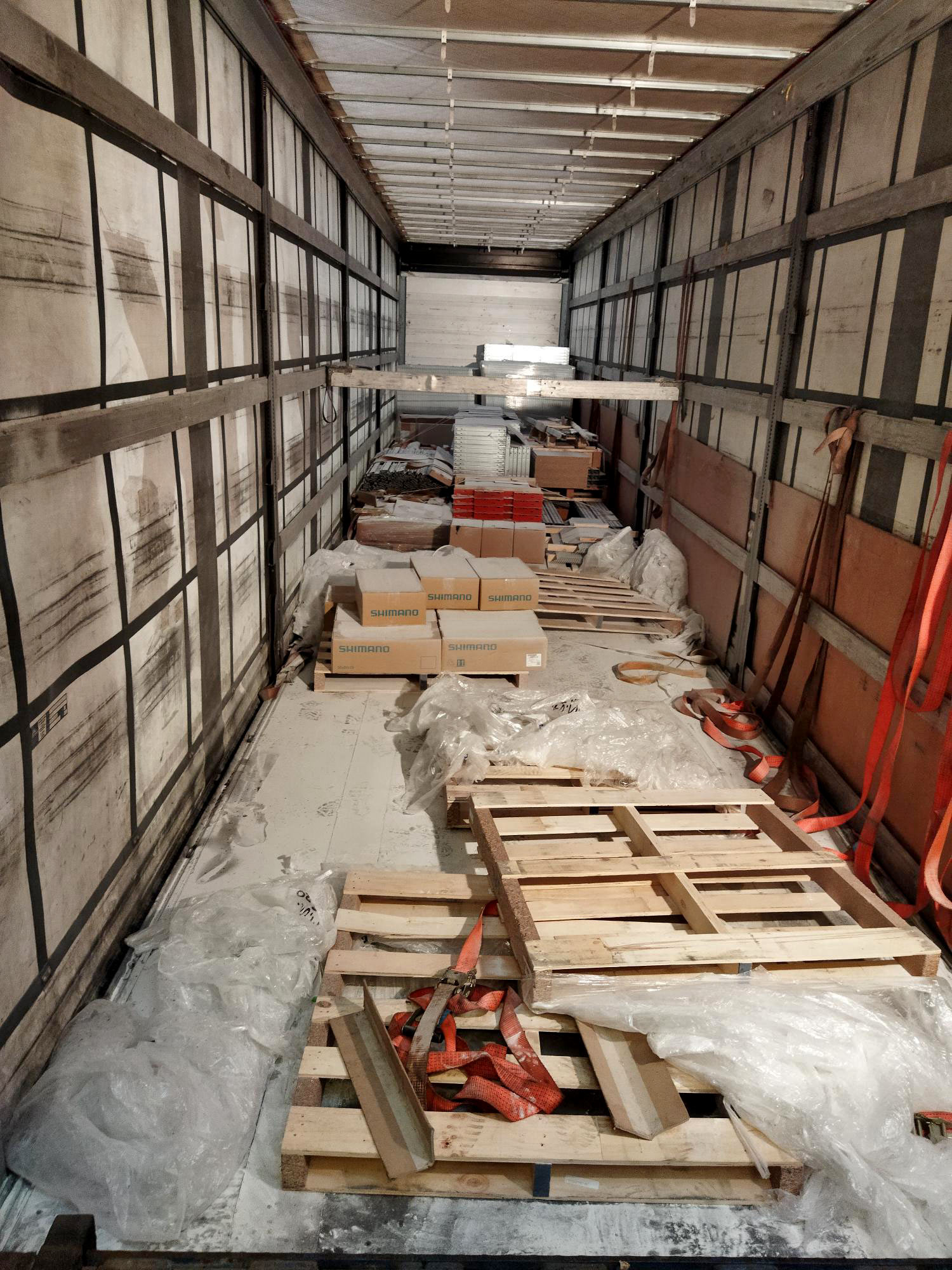 BFI & the authorities believe that a gang of organized criminals staked out the original Shimano distribution center where the truck was loaded, then followed as the truck set off. When the driver had to stop to rest in the middle of the trucking route across Europe on January 21, the unknown thieves pumped a gas into the truck’s cabin to knock him out. Then, unloaded the entire trailer while the driver was unconscious, leaving only a few boxes of undesirable low-end components, and covering what remained with fire extinguisher powder to hide their tracks & prints.

They are sharing the news now – as German police are working on the case – in hopes to warn others in the cycling industry. 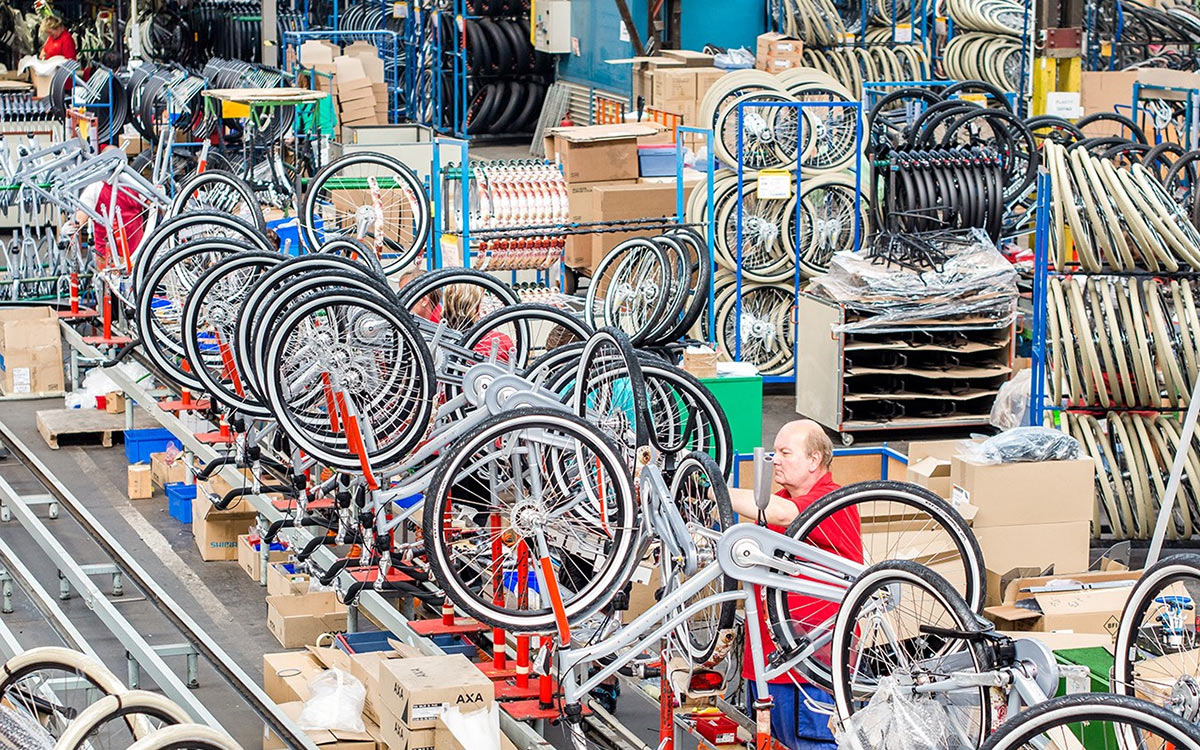 BFI says they will be able to replace some components from their existing stock or by substituting components intended for some of their next production batches, but the ultimate “impact on future production is significant”.

“The situation for bicycle producers worldwide is really difficult. On the one side, we are dealing with huge demand, but on the other side, there is an even bigger shortage of components, caused by many factors. From the consignment loaded mostly with expensive e-bike and bike parts, only nine boxes of low-end components were left in the truck. This will delay the production of some models by almost a year, as there is no alternative on the market for many of the parts from this shipment. We are a strong and stable company, so this is just another obstacle out of many we are facing in the last years. But would this happen to smaller manufacturers, it would be liquidating for them” says BFI supply chain director Petr Krkoska.

“We really haven’t seen this situation before. Even Shimano has not been faced with a targeted robbery of a shipment on a similar scale. We hope that due to the shortage of parts, these cases will not be repeated, because despite all the measures we have set up, no insurance cover can compensate us for the loss and especially the reputation for late delivery” adds Krkoska. “We decided to communicate this matter to warn other producers, because it could happen to them also,” he added. 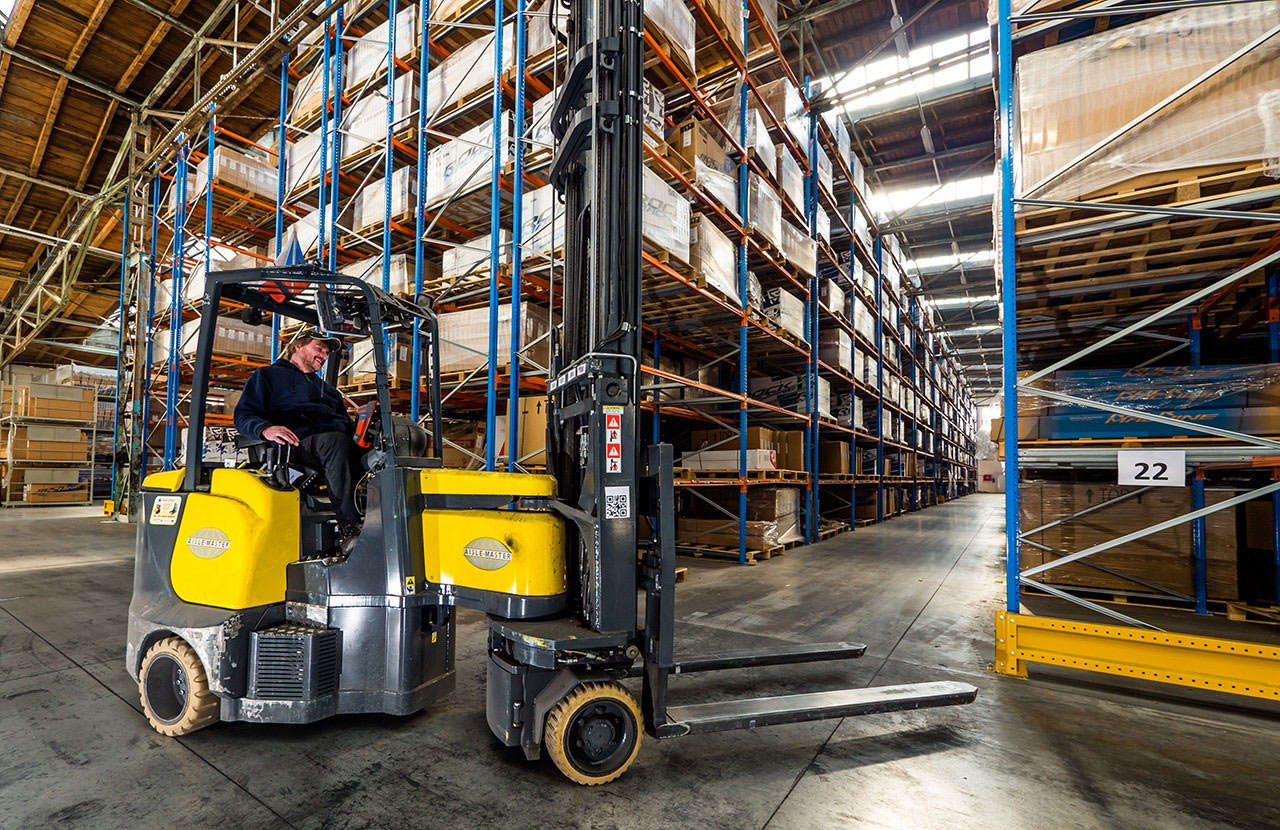 BFI described that interest in bikes has been booming during the pandemic. And they had already seen new bicycle delivery delays to consumers of up to 2 years due to component shortages. Any more delay to stolen and difficult to replace parts only makes that worse.

I used to drive the same forklift at my last job, was so much fun and such an impressive bit of kit. It’s called an Aisle master and the pivot steer allows it to be used in really narrow aisles (Less than 6ft)

Crazy. I used to drive lifts of every size, small and big (like enormous big). Never saw one of those. I’d have been critical no doubt but hey it makes perfect sense.

But the bikes❗This is bad, real bad. Very professional.

How can the thieves sell parts for 10,000 bikes? Ebay? I suspect there’s a good chance of recovering most items.

Load the truck in Germany, drive 6 hours to Polish border, no border checks. Drive another 8 hours, Belarus border, maybe border checks if you’re unlucky. Now you’re outside the EU and outside any easy law enforcement. Another day’s drive and you’re in Russia, ready to distribute the stock between a thousand bike shops and Ebay sellers to circulate it back into Europe. Electronics, fashion, car parts, they’ve got this down to an industrial process.

That is horrible! (look at all those white tires!)

This clearly wasn’t a random hit-and-grab style robbery.
They specifically singled out that semi trailer because they knew it contained an entire load of bike components.
Gosh. Times are hard.
Yesterday it was iphones and macbook laptops.
Today it’s Dura Ace shifters and derailleurs.
If they ever (and I sincerely hope they do) catch the thieves they should include their mugshots in their advertising/excuse photo holding up a board saying « I stole your bike’s Shimano components. »
Public shaming. Best punishement to come out of the middle ages.
Just after boiling in oil.

I hope the driver’s ok. Nuts to the bike parts, they’re just stuff, nobody deserves getting poison gassed over them.

This was 100% an inside job. I’ve cracked enough cases of Shimano product over the last 2+ decades to know the cases are not clearly enough marked for the general public to make quick decisions regarding what to take or leave. And to be expected to believe the driver was “knocked out by gasses pumped into the cab”? Get real. Someone at BFI will be under the gun before long, assuming authorities handle the situation appropriately.