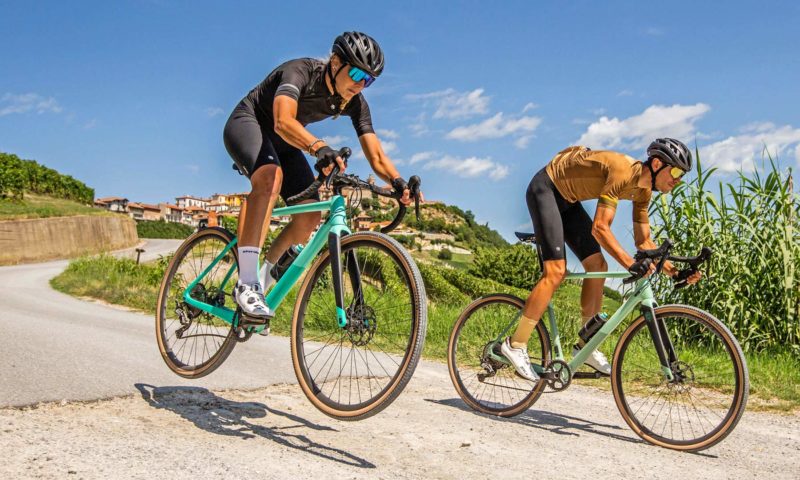 Bianchi’s new carbon Impulso Pro gravel bike updates all-road, falling back between road and the recent Arcadex adventure bike, with a promise of speed and versatility for where the pavement ends. Taking the Impulso name as an evolution of their All-Road platform, the new Impulso Pro brings speed and agility from another dropbar bike we’ve seen from the Italian bikemaker…

Riders looking for massive tire clearance already have the blocky carbon Arcadex adventure gravel bike. But for those looking to push the boundaries of all-road further off-tarmac, the ‘new’ Impulso Pro aims to be Bianchi’s fast gravel bike… they call it a “performance gravel model… designed for those who are always looking for the thrill of speed, on asphalt and gravel.” 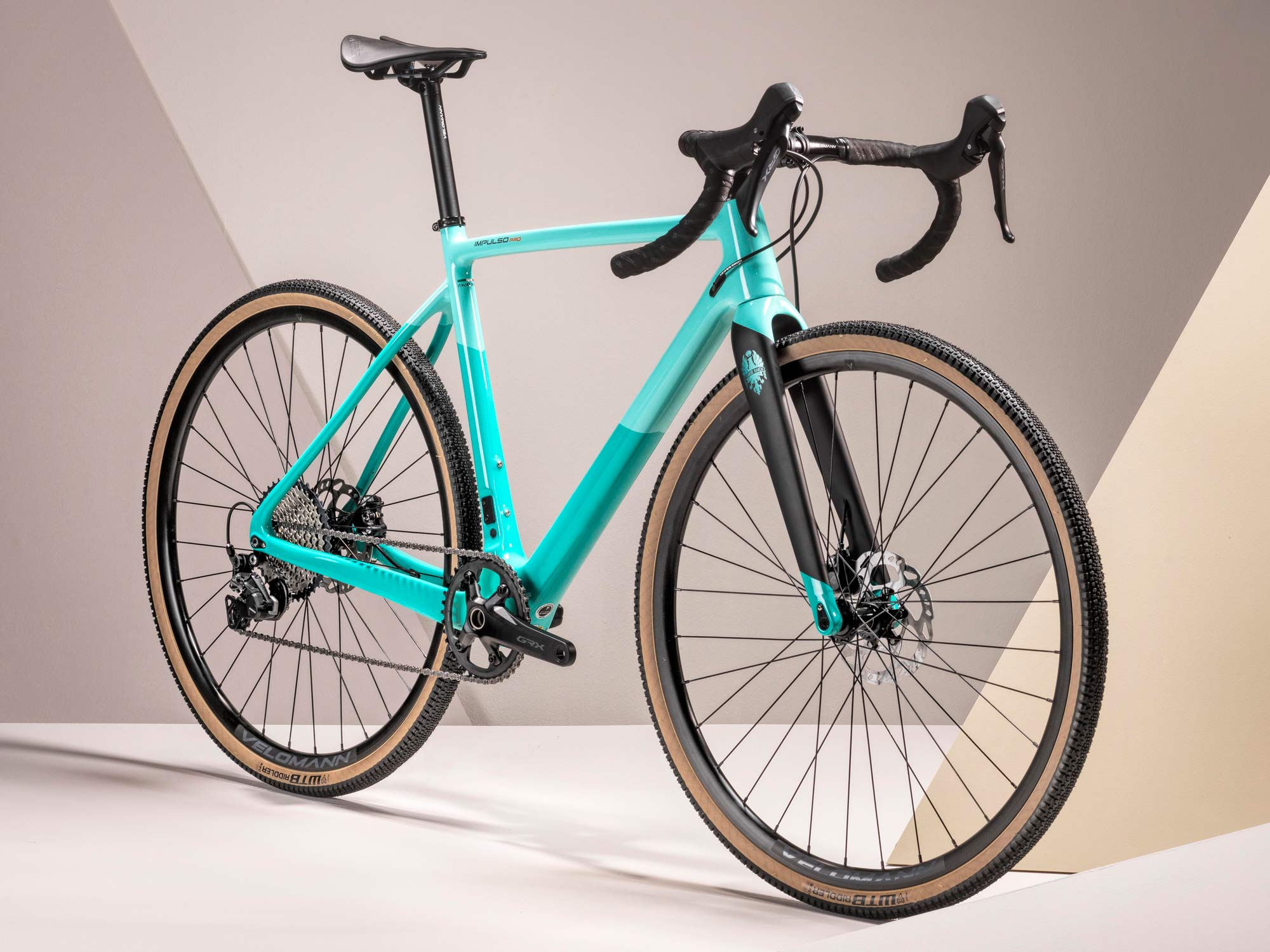 But that frame and fork looked familiar, so we took a closer look and found a striking resemblance to the all-new 2021 Bianchi Zolder Pro carbon cross bike that we spotted Wout van Aert racing last season. And yes, it appears to be a carbon copy… down to identical geometry tables on Bianchi’s website.

A cyclocross bike for gravel? 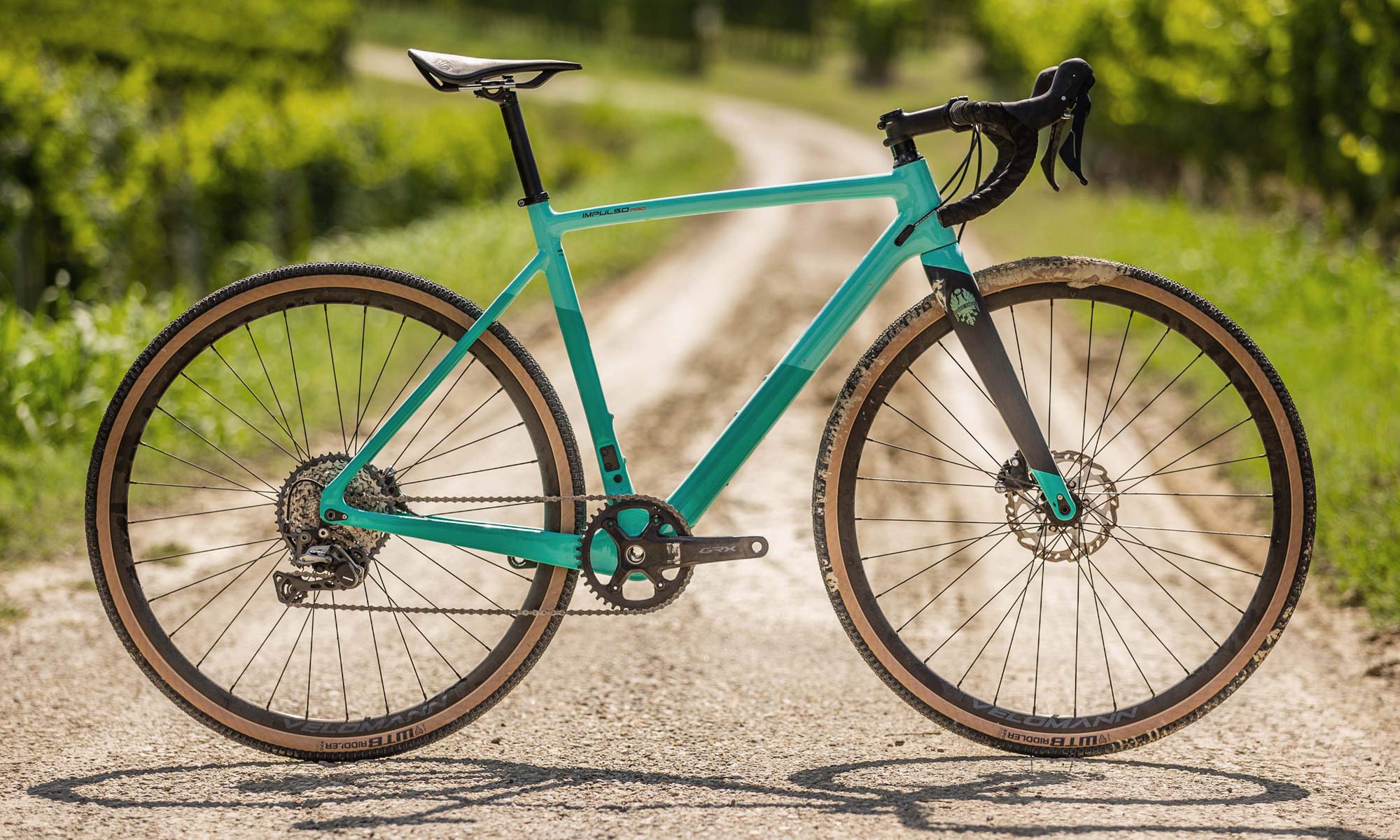 Riding a cross bike on gravel is nothing new. Cyclocross was the original bridge between road and off-road riding. More recently we’ve seen gravel bikes raced for cross, but Bianchi’s new/old move seems to take advantage of a general evolution of gravel bikes to be more capable in technical terrain 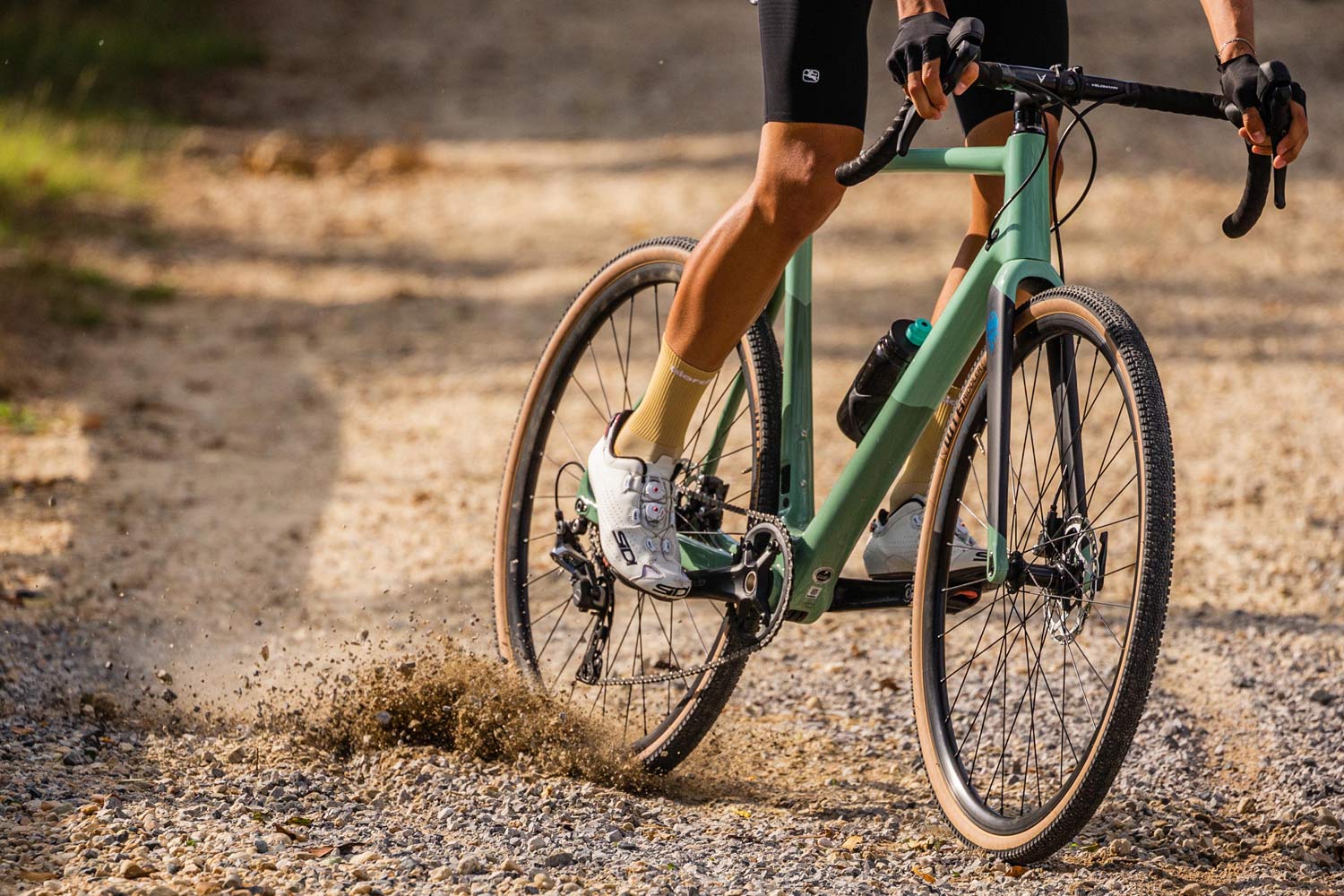 The true single geometry holdout has been that proper CX race bikes need higher bottom brackets (less BB drop, generally no more than 65mm) for quick handling on technical racecourses. Gravel bikes on the other hand generally want more BB drop (around 75mm+) for better stability at speed. This Impulso Pro goes for a high BB, which should result in snappy handling, but likely sacrificing some stability when going fast. 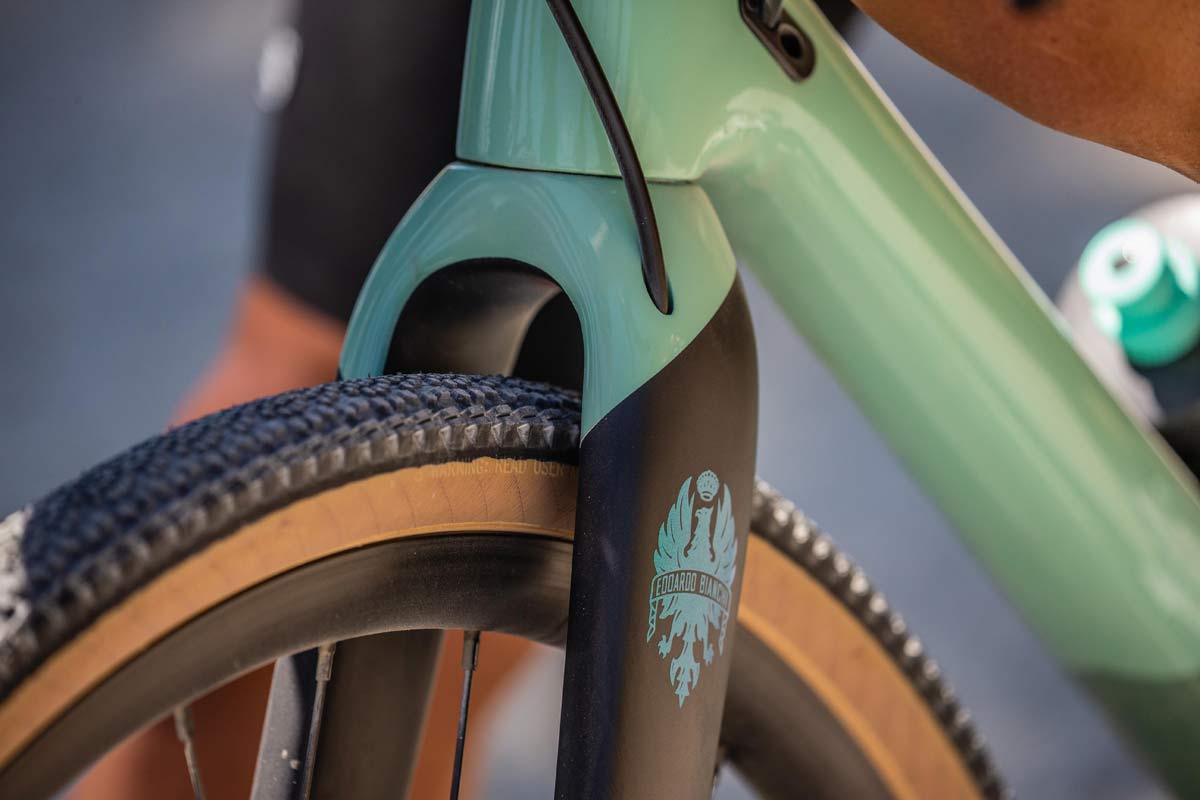 Interesting for what appears to be a frameset out of the identical mold, Bianchi quotes the max tire clearance of the Impulso Pro at 38mm, down two millimeters from the CX Zolder Pro (perhaps assuming narrower rims on the cross bikes?)

What’s the difference between the Impulso Pro & Zolder Pro? 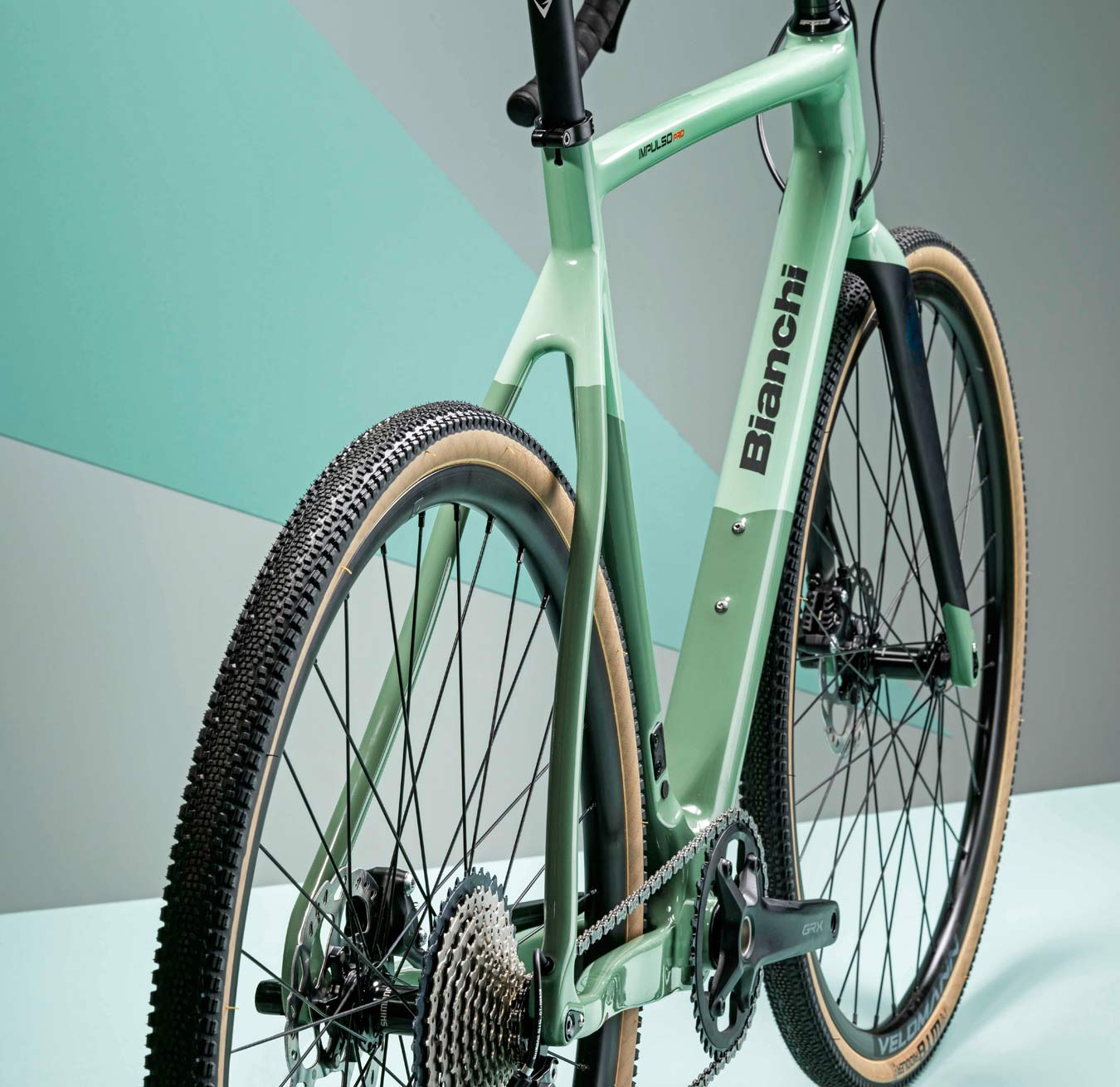 Bianchi doesn’t elaborate on what sets these two bikes apart, but we have seen differing weight claims. While the Zolder Pro touted frame weights as low as 990g, this new performance-level Impulso Pro is claimed to weigh 1100g (size 55). Perhaps that’s enough to suggest a more affordable layup for the full carbon frame, perhaps even delivering a more forgiving ride than you’d expect from a CX race bike. 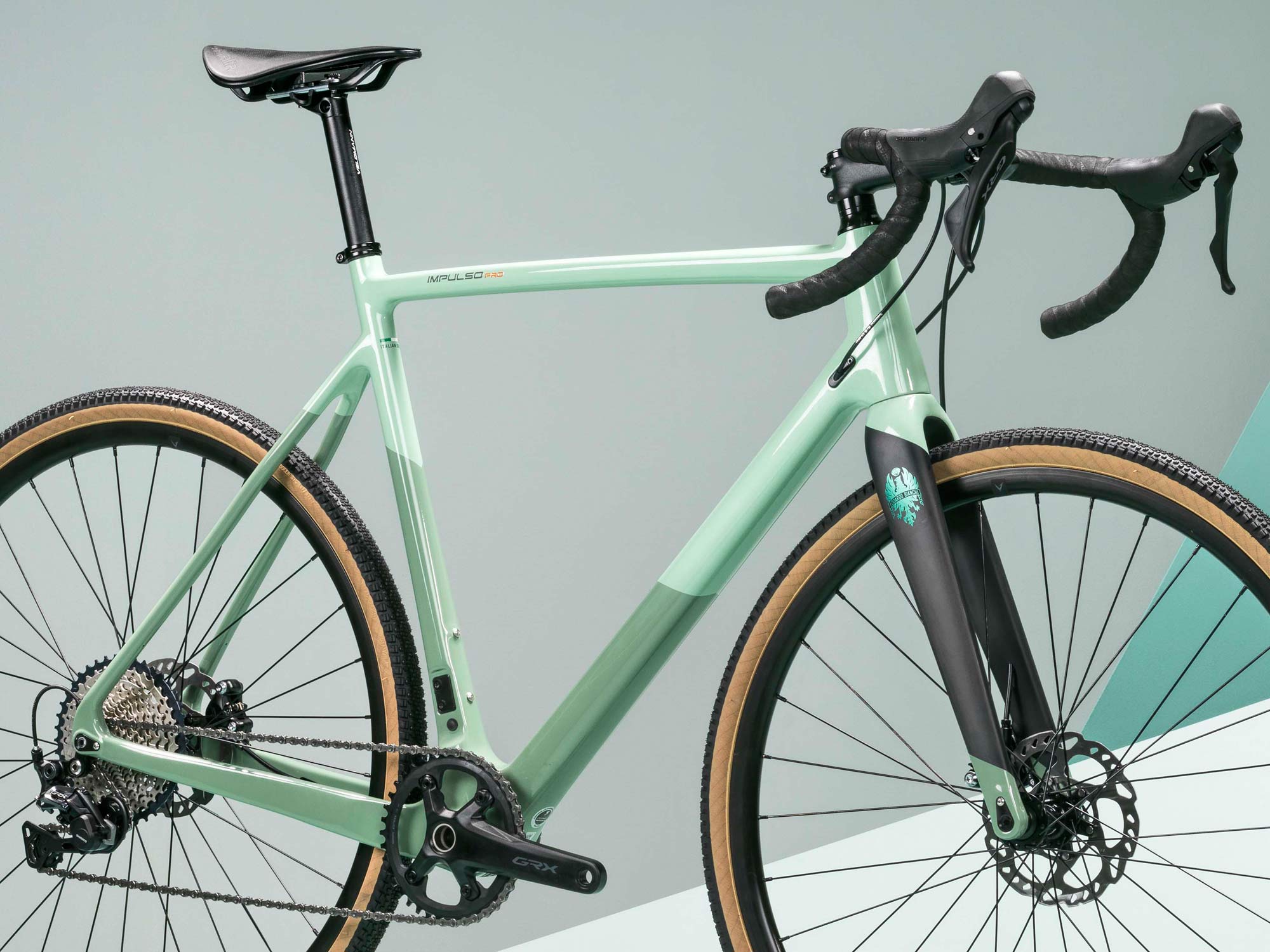 The semi-new gravel bike shares most of its tech details with its Zolder Pro sibling, from smoother lines vs. the previous Impulso to the dropped seatstays & boxy rear end of the CX bike. 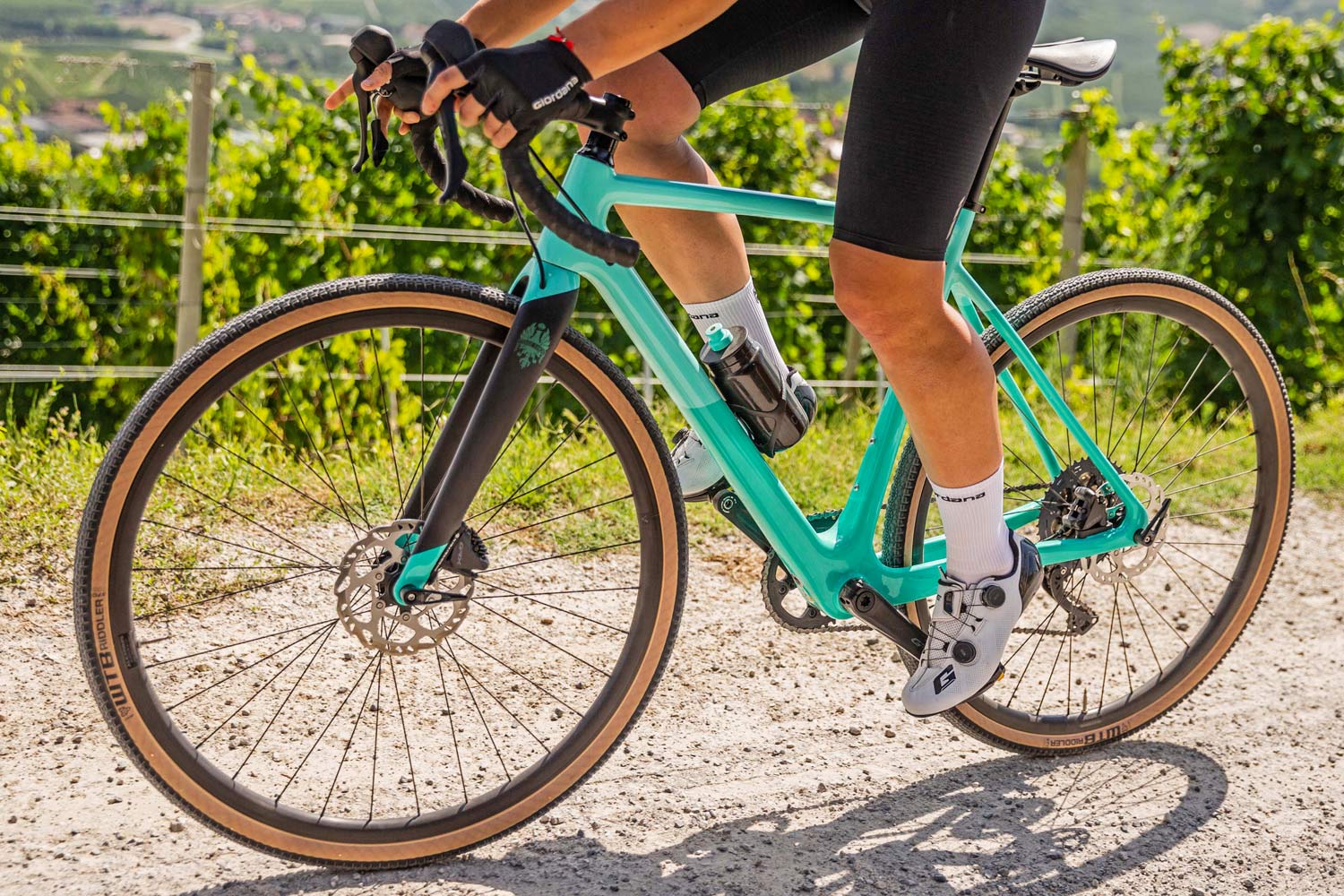 Two two-tone paint jobs will be offered of the new Bianchi Impulso Pro gravel bike, a light & dark Mediterranean pale green, or of course an interpretation of the classic Bianchi celeste. Both get forks that reveal the raw carbon underneath. 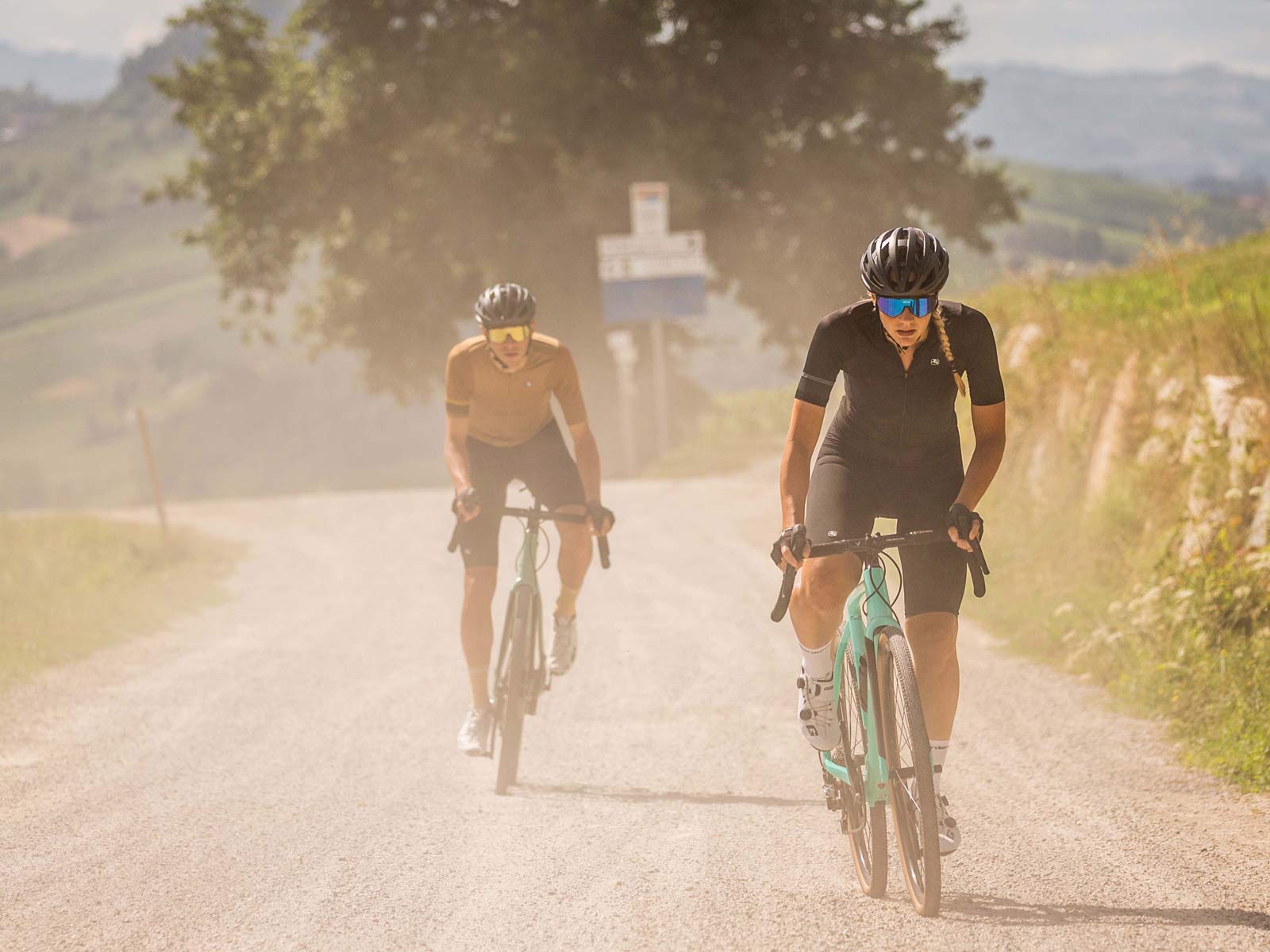 The Impulso Pro will be available in six stock frame sizes (48-58cm). And while we haven’t received official pricing for the ‘new’ carbon gravel bike, but we did see the single Bianchi Impulso Pro complete bike build with a GRX 600 1×11 selling for 2980€ from one European dealer.

I like Bianchi, but I heard that the largest tire that will fit on this bike is a 38mm. What’s the point? who runs a maximum 38 tire for gravel? Give me clearance for up to at least 45mm and I’m sold.

this is a cross bike, sold as a gravel bike to help volumes. The geo, especially CS and BBH are classic old school CX. It’s be a really great CX race bike, and for people on groomed gravel a fast bike. It’s not a gravel bike, but they do have one in the range.

On the contrary, 38 max clearance is perfect for the “all road” niche that splits time between smoother gravel and tarmac. The folks (like me) that have one wheelset with 38’s and one with 28’s. Frames with massive clearance are overkill for this purpose, and the aesthetics when running 28’s are really terrible. Also, stated 38 clearance probably means you can get 40’s in there.

what!! cant fit my minion dhf/dhr combo , this bike is crap

With only 38mm tire clearance this bike is DOA.